The Duck’s Alive. The Dog’s Embarrassed. The Photo’s a Classic

Donald the Duck and Trigger the Dog

Donald the Duck and Trigger the Retriever_crop

You know those times when you glimpse a photograph and you think you know what’s happening in the picture, but then something indefinable about the shot plants a seed of doubt, and you look again, and you find that your first impression was absolutely, utterly wrong?

For a lot of people, this 1949 Loomis Dean picture is one of those photographs. At first glance, it looks pretty straightforward: a hunting dog, soaking wet after going into the water to retrieve a duck blasted from the air by its master, sits with the dead or perhaps mortally wounded, but certainly doomed waterfowl in its jaws.

But wait a second. That duck doesn’t look injured. In fact, judging by its still (apparently) vibrant eye and, especially, its rapidly fluttering right leg, the duck is most definitely, emphatically alive.

The priceless look on the dog’s face, meanwhile, is hardly that of a ghoul. In fact, if anything, the dog looks downright embarrassed as if it would rather be anywhere but there, with a live duck in its mouth.

What is going on here?

We’ll let the caption that accompanied this picture in the unputdownable 2008 LIFE book, The Classic Collection, clear up any lingering confusion.

And that is why this photo is funny, and not tragic. Here’s the story: One day in 1947 the Olson family in Yakima, Wash., brought home a duckling named Donald (of course). Donald instantly became friends with the family dog, to the extent that Donald emulated everything the dog did, including chasing children and other dogs from the yard. Donald actually became quite a nuisance in the neighborhood, so the Olsons gave him to a rancher a dozen miles away. There he became pals with a Chesapeake Bay retriever named Trigger. Now, whenever the rancher tossed Donald into the pond so that he could be with the other ducks in other words, his own kind Trigger would immediately dash in and retrieve him. Trigger was as gentle as possible, as we can clearly see here, but ultimately it was decided that Donald would be best back with the Olsons. 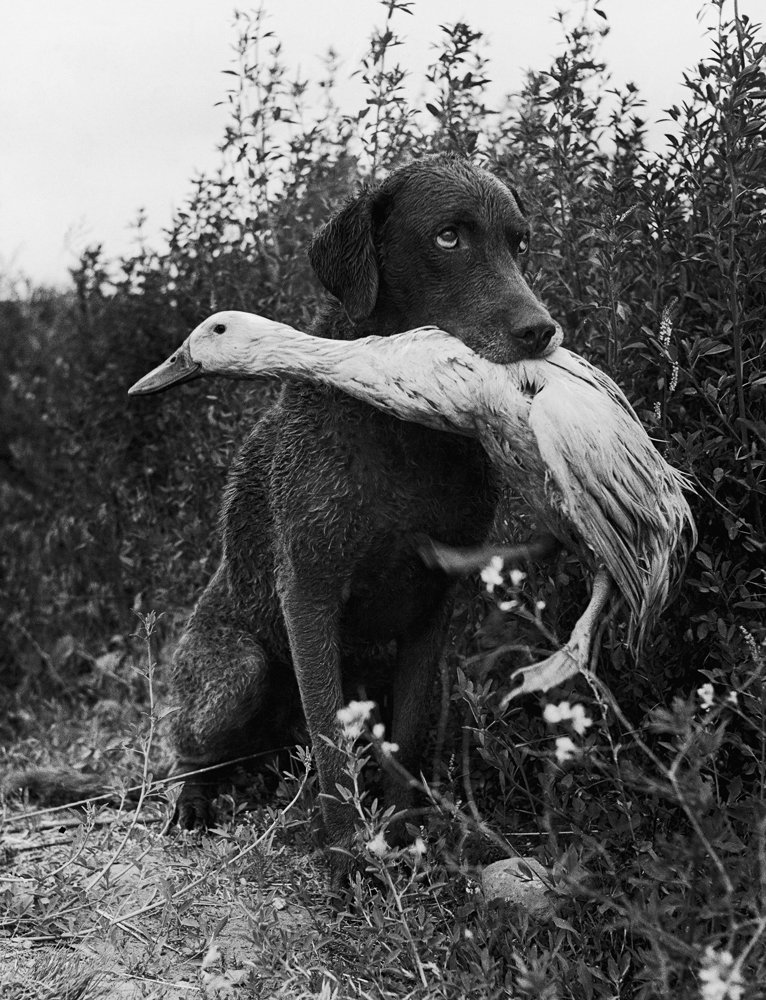 Donald the Duck and Trigger the Dog