Billy Joel: Just The Way He Is

The following is excerpted from LIFE’s new special tribute issue Billy Joel: 50 Years of the Piano Man, available at newsstands and online:

For decades, the principal narrative of Billy Joel’s career has revolved around the fact that in the mid-1990s, at the height of one of the most fruitful and accomplished runs of songwriting in popular music history, he stopped recording new songs. Joel’s final contemporary album, 1993’s River of Dreams (its intentionally prophetic final track is titled “Famous Last Words”), reached No. 1 on the Billboard charts, received four Grammy nominations, and went quintuple platinum. Joel walked away at his peak. Jim Brown leaving the NFL. Steve Martin abandoning stand-up. Garbo renouncing the screen.

Music, though, has a particular virtue. You can’t retell the same jokes indefinitely, nor write the same book twice, nor reenact the very same roles. But you can play the same songs—and exactly the same is what most audiences want—over and over, and people will come to hear them. That’s especially true when the songs are as superb and sturdy as Billy Joel’s are. He performs 25 live shows a year, sometimes more. In 2022, Joel was recognized for having played his 80th consecutive monthly gig (with a pause for COVID, of course) at Madison Square Garden. The show sells out each month, with every decent seat gone within hours of on-sale, and at each show the crowd sings along with every word of every song. A banner with his name and the number 80 was raised to the Garden rafters to hang beside the retired jerseys of great Rangers and Knicks. Madison Square Garden refers to itself as the world’s most famous arena, and Billy Joel is the house band.

Perhaps because he is so beloved and because his old songs have so successfully stood the test of time, and because he is absurdly wealthy and getting wealthier, Joel has expressed no regrets about his career choice. His legion of fans, and his many admiring music industry collaborators, might look at Joel’s 12 albums—an extraordinarily deep 121-song catalog of ballads, bangers, meditations, and mood-enhancers that includes 33 hits and twice that many crowd pleasers—and feel there must still be music left to write. Not Joel. “I thought I’d had my say,” he told Stephen Colbert on The Late Show in 2017. “I just said, ‘Okay, shut up now.’” He still loves writing music, he says, and continues to compose, largely for himself, and mainly classical piano pieces (post–River of Dreams, in 2001, he released a collection of classical compositions, Fantasies & Delusions), but he has never considered a return to pop songwriting. “Elton John says you should put out more albums,” Colbert said during the Late Show sit-down. “Yes, well,” said Joel, “I told him he should put out less.”

Joel’s appeal isn’t complicated: He wrote exceptionally tasteful melodies and sings with an exceptionally resonant voice. He plays a robust and mellifluous piano. He tells stories. His writing leans toward the upbeat, but not incessantly. Joel’s love songs tend to be adoring paeans. They’re often self-deprecating and sometimes come with a dose of carpe diem (“Only the Good Die Young” could be renamed “To His Coy Catholic Mistress”). Conquests are rare. Listeners don’t hear about him laying a divorcée in New York City.

Joel has been openly lovelorn, not only through his lyrics but also in his life. While reporting a piece on Joel for the New York Times in 2002, Chuck Klosterman discovered that his then-single subject was wholly preoccupied by an absence of meaningful romance. “I find myself in the peculiar position of trying to make Billy Joel feel better,” Klosterman wrote. Joel has been married four times (for a total of 30 years and counting) and has three daughters, including two with his current wife, Alexis Roderick. The girls are ages seven and five. Joel is 73. At his daughters’ school, “people think I’m my kids’ grandfather,” Joel has said, thus affording the sweet and marginally plausible suggestion that not everyone around the neighborhood knows who he is.

He is without movie-star looks, and also without pretension or obvious affect. Minimal shtick, maximum relatability. John, with whom Joel has performed dozens of sold-out stadium shows, rose to fame leaping about in fun-house sunglasses, white feathers, and nipple-baring sequined jumpsuits. Joel during his ascent came on stage in blue jeans or slacks, maybe a sport coat, sat down at the piano, and played some killer songs for you. That’s how he does it today. He has lived as a star without shedding his blue-collar, only-human vibe. Not too cool, not too slick. Joel’s nine-year marriage to Christie Brinkley had a revenge-of-the-nerds, Say Anything quality—look who landed an uptown girl!

Joel mines his life for material, which has stamped his storytelling with a clear sense of place. From his first album (Cold Spring Harbor) to his last, local touchstones, drawn from Joel’s New York matrix, bring forth the universal. You may or may not remember those nights hanging out at the Village Green, and you may have never ridden the Staten Island Ferry or cruised the Miracle Mile, but the ideas of them—grounding allusions during times of change—echo everywhere. There was a Brenda and Eddie in your high school class. You know just what it means to be a big man on Mulberry Street.

Still, New York. In addition to his residency at the Garden, Joel played the final concerts at Shea Stadium in 2008. He performed the last show at Long Island’s old Nassau Coliseum in 2015, and the first show when the new Coliseum opened in 2017. (There’s a banner with his name on it hanging from those rafters too.) Back in 1990, Joel was the first rock performer to play Yankee Stadium. He delivered a 23-song set, and the fact that he includes 17 of those songs in his tour repertoire today is not to say that the absence of newly written material determines the makeup of his current shows. Summer 2022 performances by the Rolling Stones and Paul McCartney, as examples, consisted almost entirely of songs written in the 1970s. The folks of many ages who packed stadiums to see Sir Paul were not, with all due respect, there to hear his 2018 ditty “Come On to Me.” They came for “Hey Jude.”

Thousands of devoted fans have attended scores of Joel’s shows. (He’s generated more than $450 million in ticket sales since 2014.) The true faithful tend to be boomers and Gen Xers, though they often have millennial and Gen Z children by their side, and the kids know the words too. They all arrive at Madison Square Garden, with their mutual experience and their respective similarities, to sway and stomp in the aisles, to respond to the familiar cues and to follow the familiar tunes. And for two and half hours with Billy Joel, that’s all there is. He’s their home.

Here is a selection of photos from LIFE’s new special tribute issue Billy Joel: 50 Years of the Piano Man. 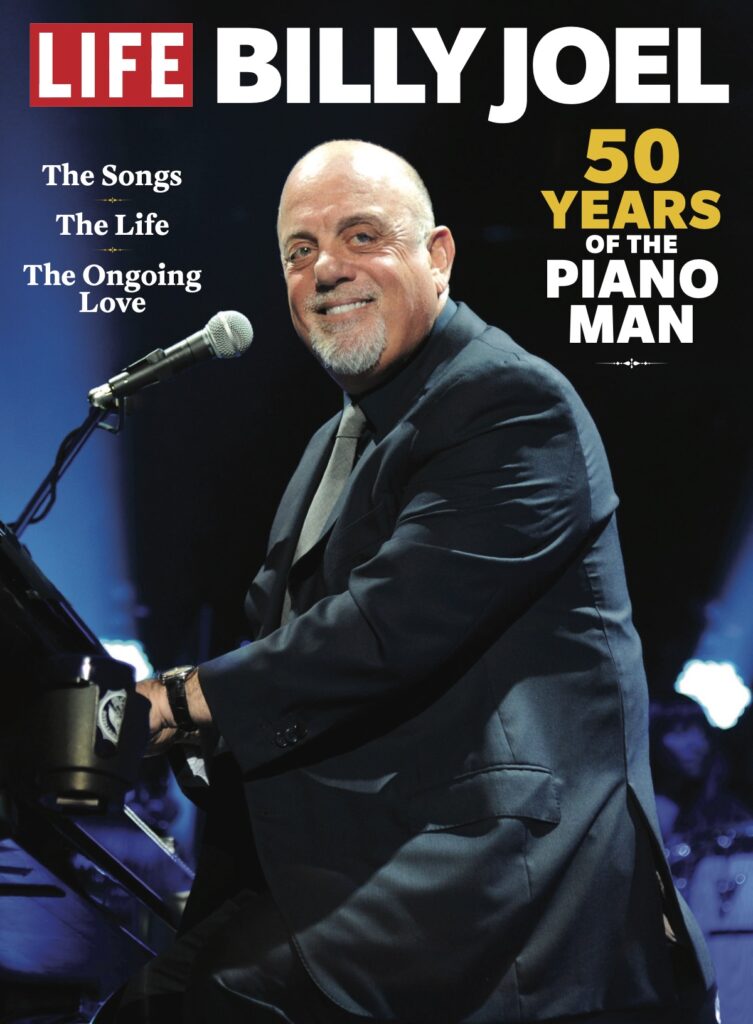 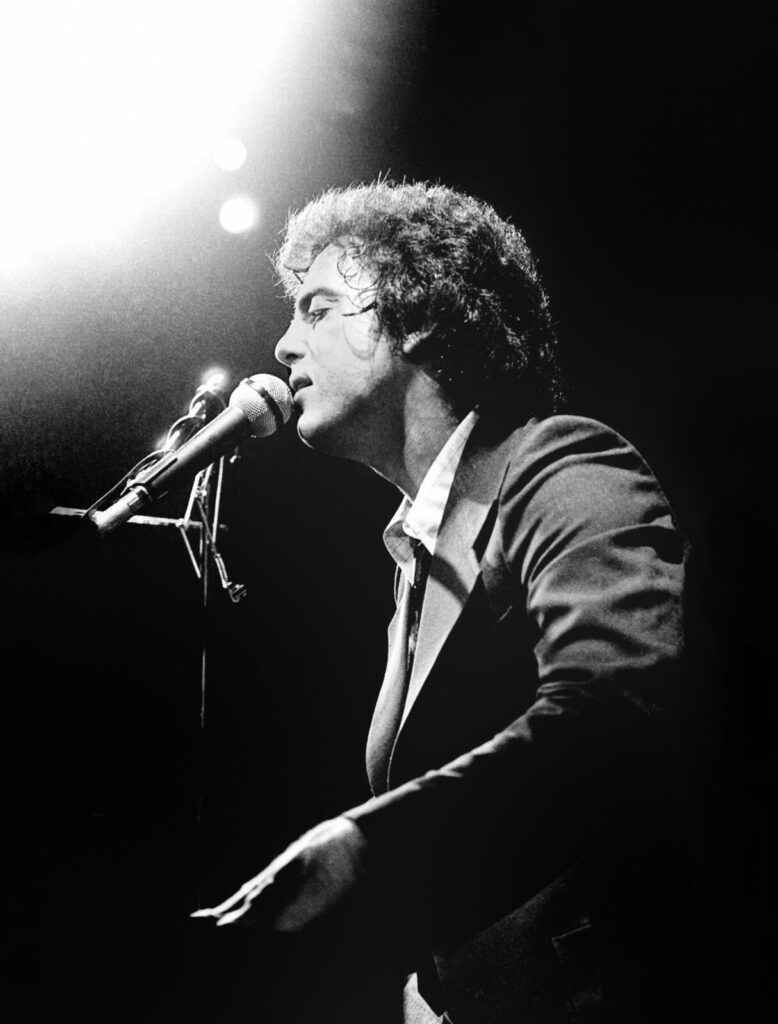 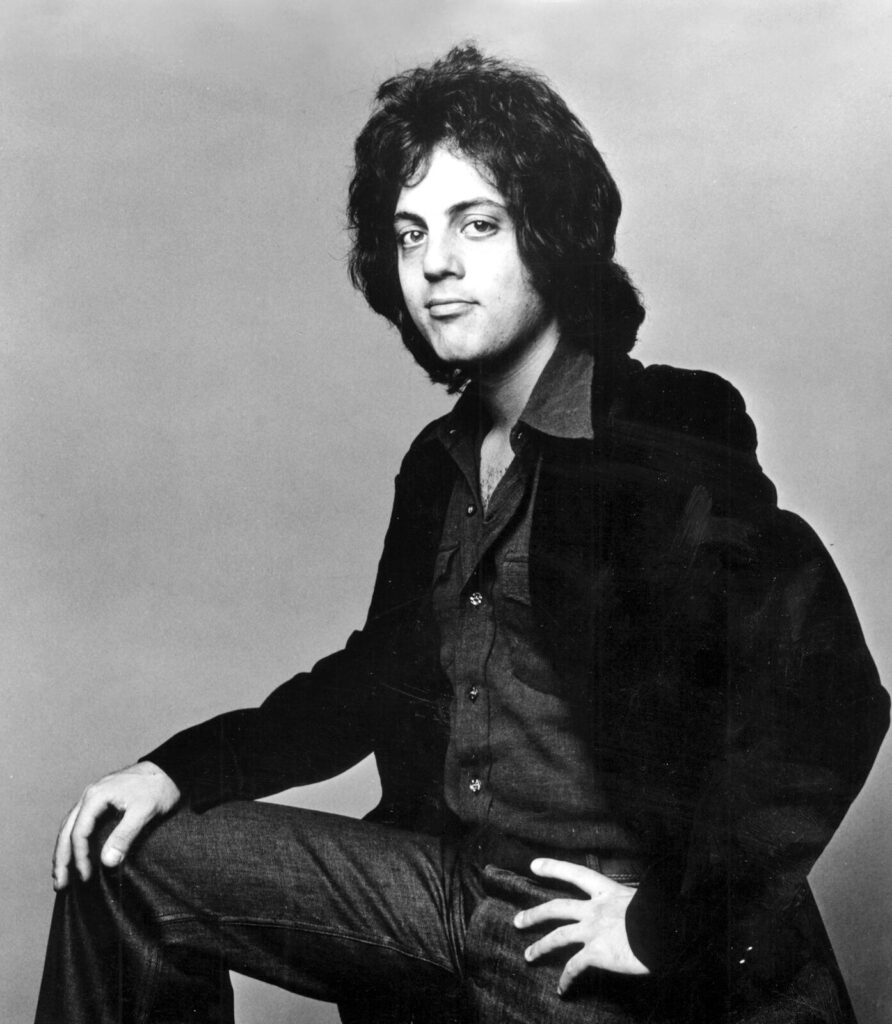 Billy Joel in 1974, the year after he had released his first album for Columbia Records. 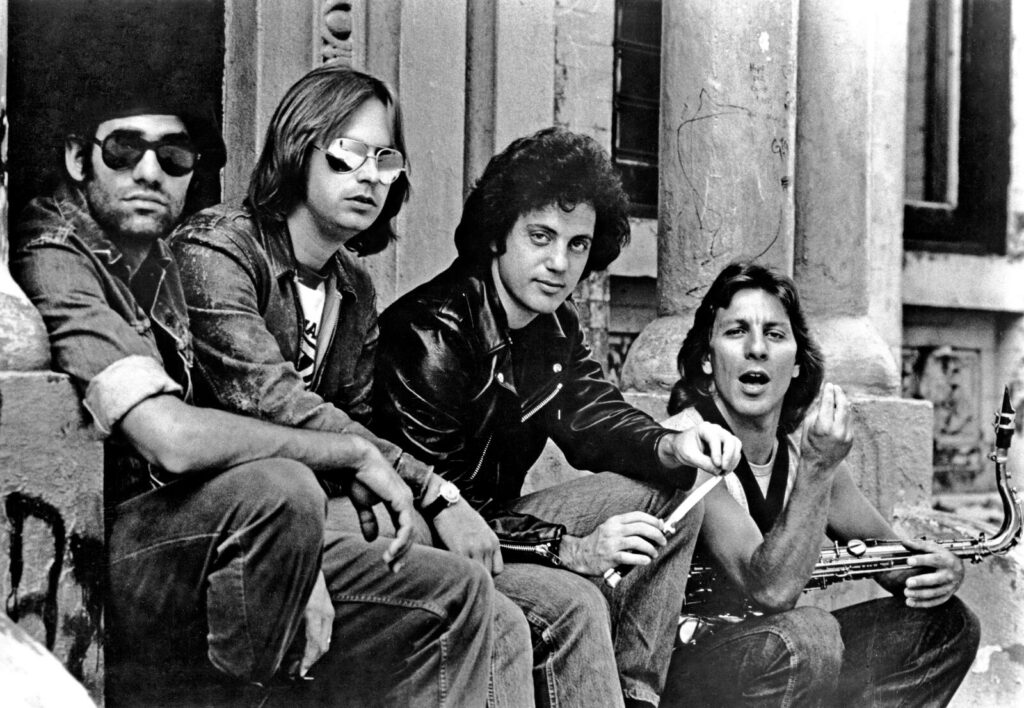 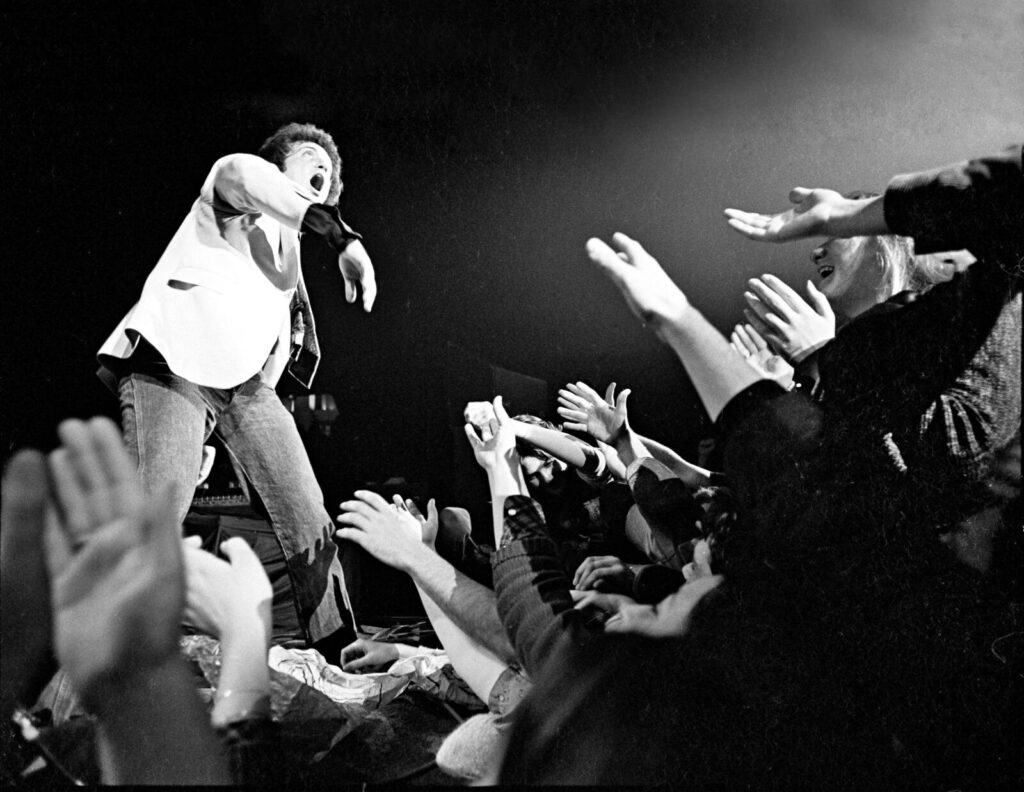 High-energy live shows like this 1977 performance in New York City have long been an essential aspect of Billy Joel’s appeal. 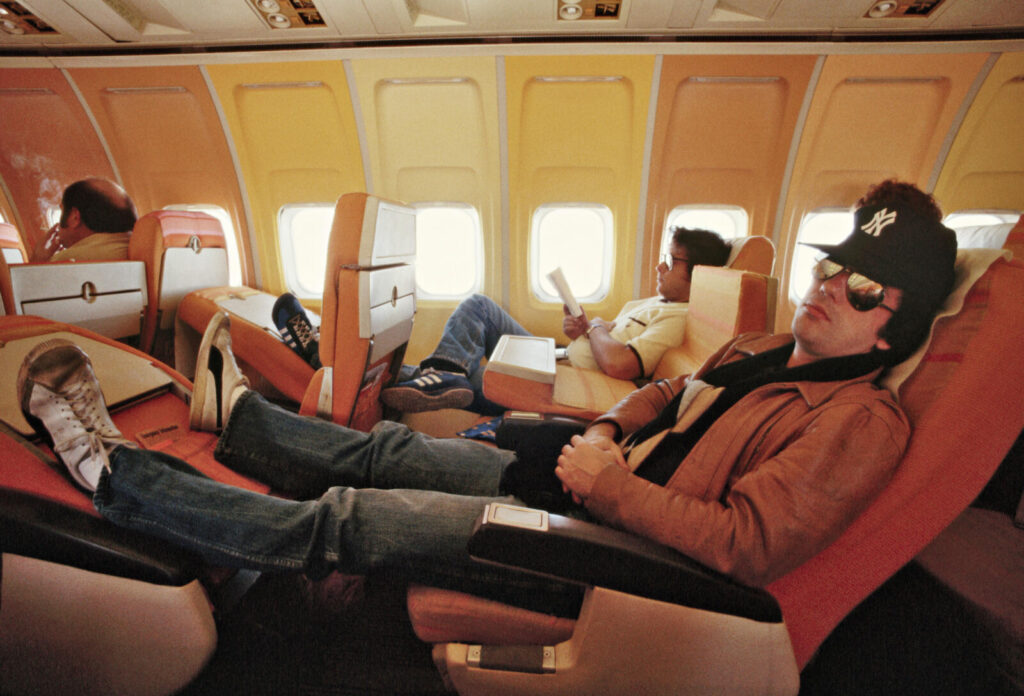 In 1978 Billy Joel relaxed during a flight from Austin to Dallas while on tour with his album 52nd Street. 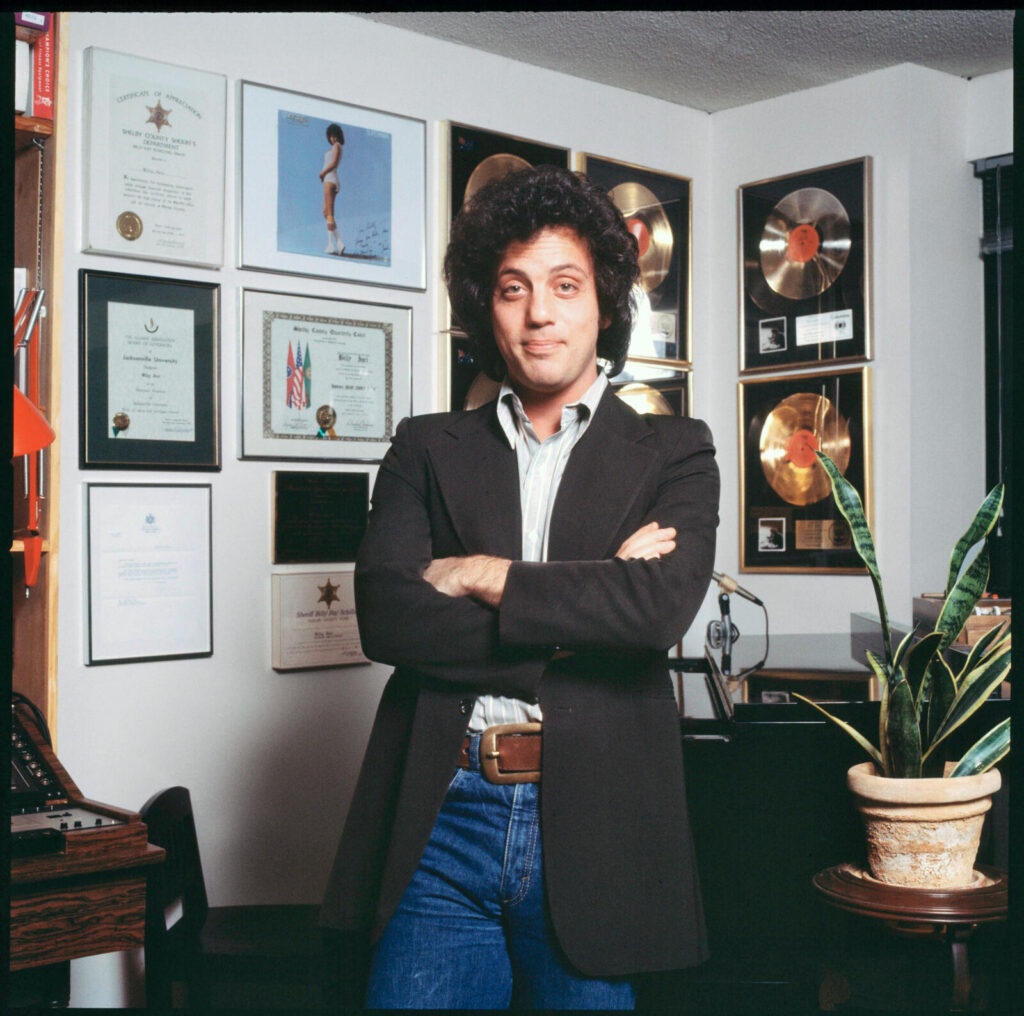 The gold records were starting to pile up when Billy Joel posed for this portrait at home in 1978. 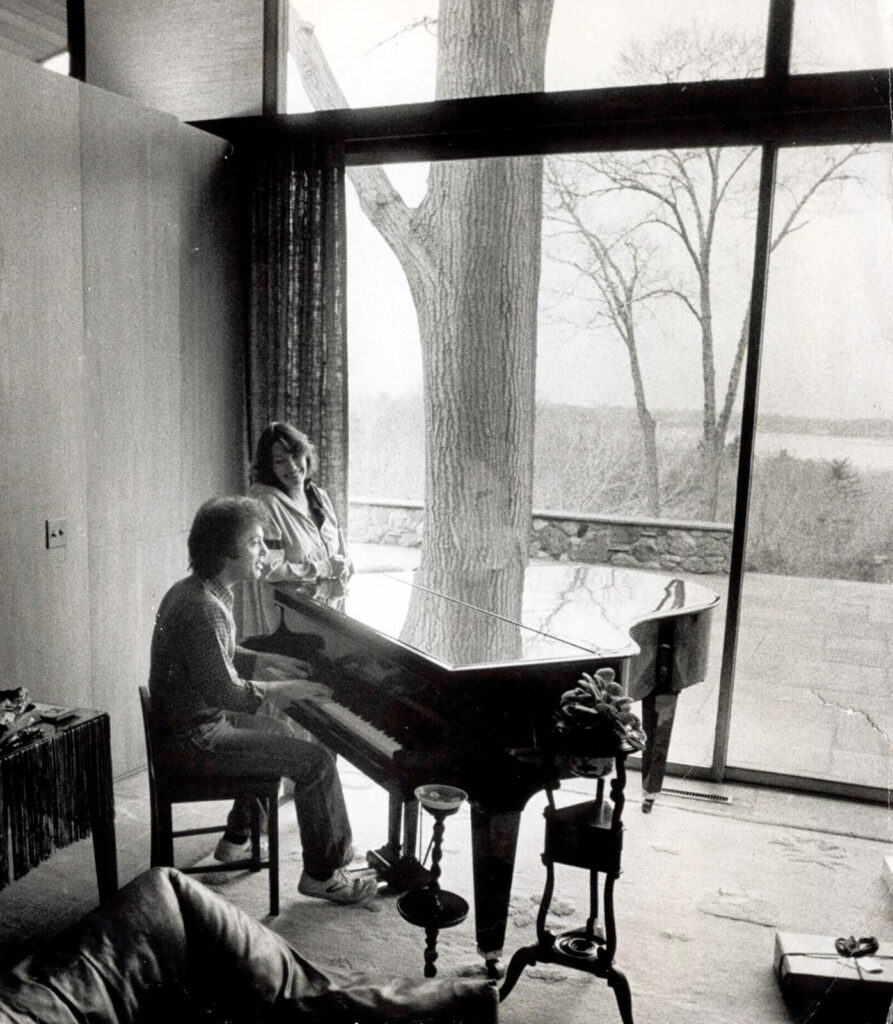 Billy Joel and his first wife Elizabeth, who was also his manager, at their home in Oyster Bay, Long Island, 1978. 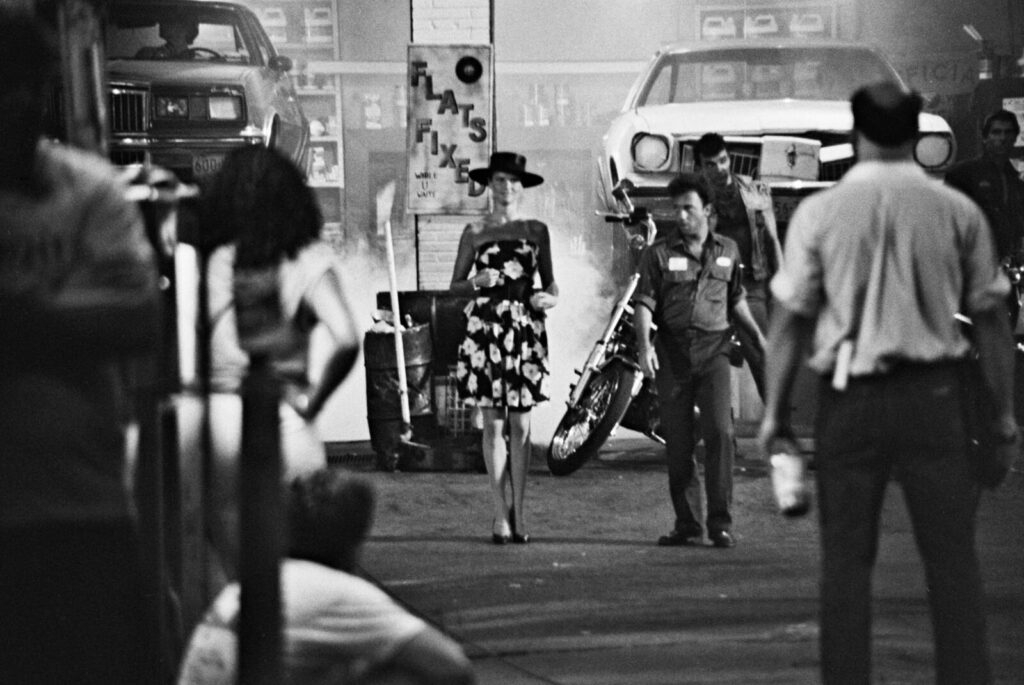 In 1983 Billy Joel and second wife Christie Brinkley performed on the set of the music video for his song “Uptown Girl.” 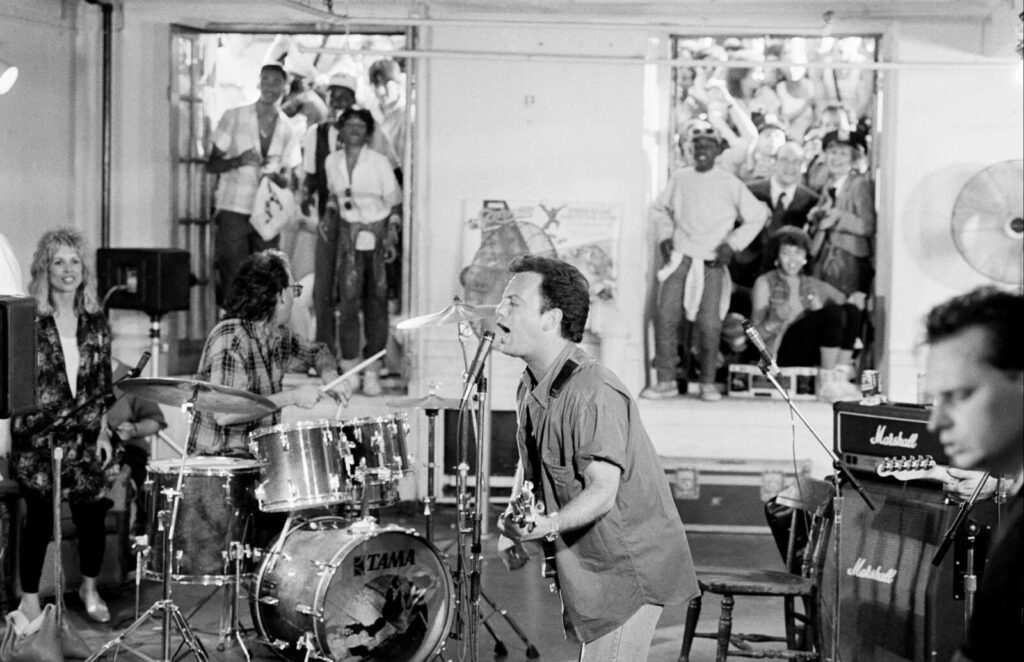 Billy Joel performed in the music video for “A Matter of Trust,” off his record The Bridge, in 1986.