Cheers: Where Everybody Knows Your Name

The following is from LIFE’s new special anniversary edition on the television classic Cheers, available at newsstands and online:

Diane Chambers never quite fit in at Cheers. A frustrated barmaid who dreams of being a famous novelist, she often feels left out by the staff and barflies who call the pub on Boston’s Beacon Street home. To make it up to her, Sam Malone, her boss and on-again-now-off-again boyfriend, takes part in a Diane Chambers Night with the bar’s other denizens. They escort Diane to a staging of her favorite opera, Lucia di Lammermoor. Afterward, when the couple return by themselves to the empty bar, she is giddy. They kiss and she admits, “Oh, Sam, I can’t fight it. Everything tonight has been leading me right into your arms.” But oh, no. Not again. Diane quickly thinks about what is happening and stops herself. “We are developing a very special relationship,” she explains to Sam, “and it would be wrong to jeopardize it by having sex.” Babe magnet that Sam is, he nervously replies, “No. I want to jeopardize it with sex.” Yet her analysis and hesitancy can’t stop, and of course nothing is consummated.

Will they? Won’t they? Oh, please! Put them together. From its premiere on September 30, 1982, this comedy starring Shelley Long and Ted Danson offered a high-proof distillation of the best of the screwball films from the mid-20th century. The sexual tension between the two characters went on for years, and in season 5, the writers offered up a touching “What if?” segment dealing with Diane and Sam’s first attempted wedding. We spy the aged couple in their home. She tells him, “I wouldn’t trade one minute of my life with you for a Nobel Prize in Literature.” Content, they quietly dance. But alas, the wedding never happens, Diane heads off to finish her great American novel, and Long departed the show to make movies. Luckily for viewers, in her place arrived the incomparable Rebecca Howe, played by Kirstie Alley, who brought a new, maddeningly funny dynamic to the show as a corporate striver with a heart of mush.

Throughout Cheers’s amazing 275-episode run, viewers watched Diane and Sam and then Rebecca and Sam twist their egos and insecurities as they fell in and out of friendship, love, and bed, all the while resisting the need to dissolve their ossified cores to achieve a happily ever after. And the fact that they found it so hard to achieve marital or at least relationship bliss meant perfect chemistry within this roiling beaker of sitcom television.

Such sniping I-love-you-but-refuse-to-admit-it couples are now a staple of TV: Think of Ross and Rachel on Friends and Jim and Pam on The Office. Yet the ill-fated Cheers pairs were the first such matches on network TV. Created by James Burrows and Glen and Les Charles, who had previous success with Taxi, Cheers proved revolutionary for many other reasons. It was the first sitcom to have an evolving story line instead of self-contained episodes. To do this, before each new season the writers plotted out the arc for the coming two dozen episodes—a practice now expected for shows.

Thirty years after its final season aired, the series’s story line and razor-sharp gags are still well aimed and endearingly landed. Simple yet nuanced, the half-hour show unfolded like a must-see one-act play about barflies and bar workers, malcontents and the misunderstood. It was all beautifully brought to life by a perfectly tuned ensemble that included Long, Danson, and Alley, as well as Nicholas Colasanto, Kelsey Grammer, Woody Harrelson, Bebe Neuwirth, Rhea Perlman, John Ratzenberger, and George Wendt sitting and standing around a bar as they gabbed about life, sports, love, trivia—lots of trivia—and hopes. All desired understanding, companionship, and fulfillment. For them, it could be found in a mug of ale as they laughed and cried into their drinks, a barstool away from a fellow lonely soul dinging them with a pithy line or handing them a paper napkin to dry their eyes.

While Cheers at first earned abysmally low ratings—Burrows jokes to LIFE, “We like to say we were 77th out of 76 shows”—it was eventually recognized by critics and embraced by a growing fan base. Over 11 seasons, Cheers turned into a television juggernaut. It garnered 117 Emmy nominations and 28 golden statuettes, making this NBC show essential viewing, with all episodes now available anytime on Hulu, Peacock, and other streaming sites.

Still fresh, funny, and poignant four decades later, the show about a bar and its inhabitants is a rare vintage that has beautifully aged. That is why it’s worth sidling up to your TV and savoring it again and again. Drinking not required.

Here is a selection of photos from LIFE’s new special anniversary issue, Cheers: Where Everybody Knows Your Name. 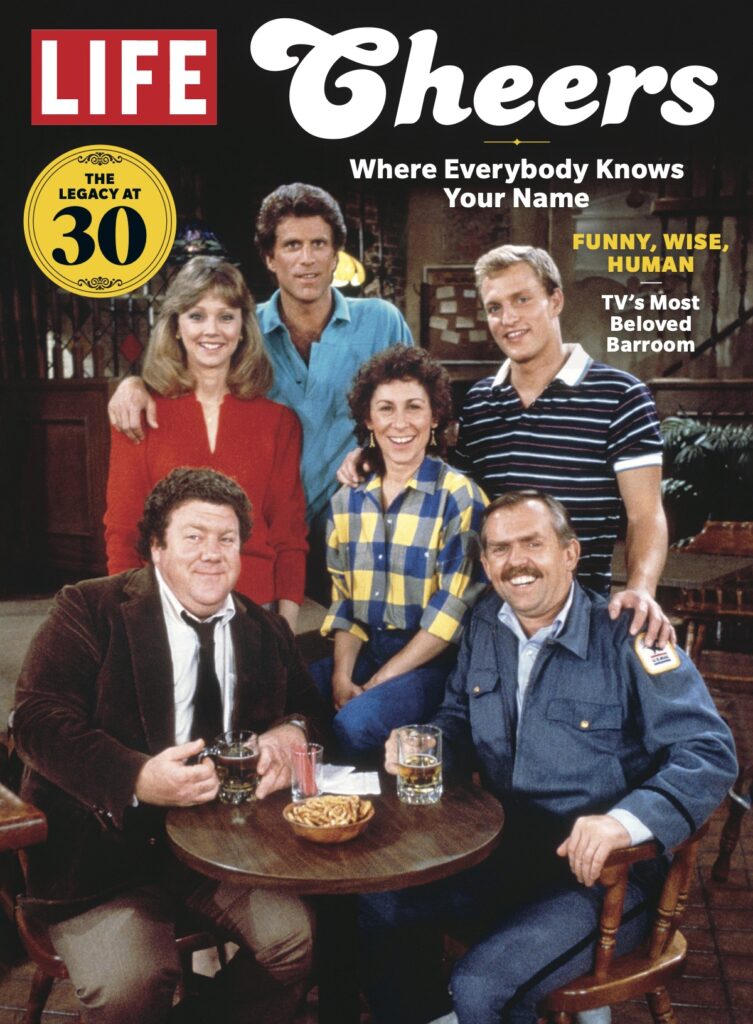 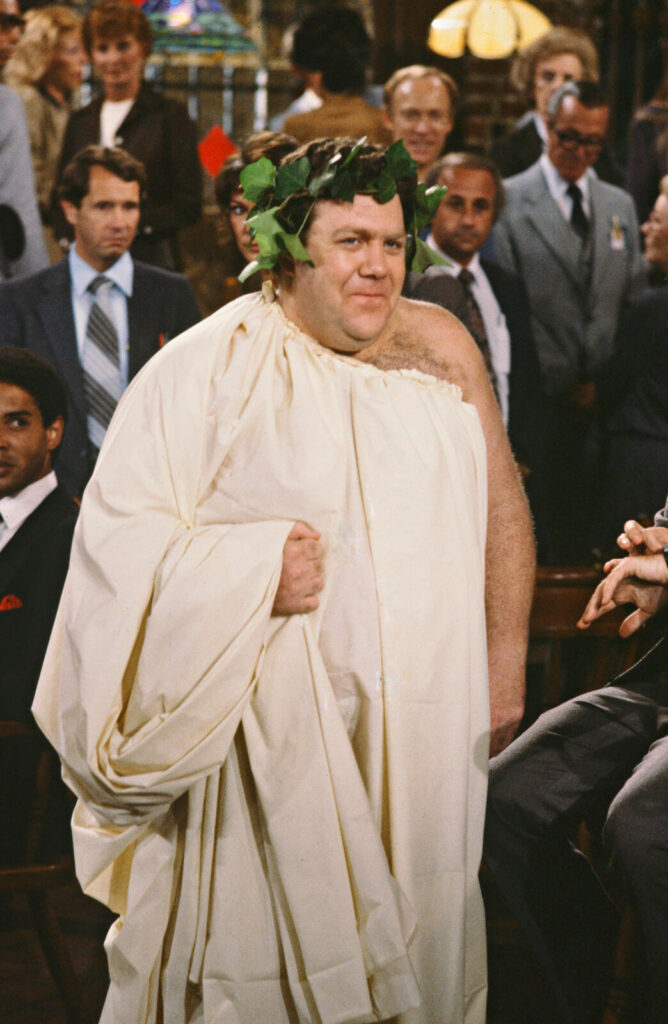 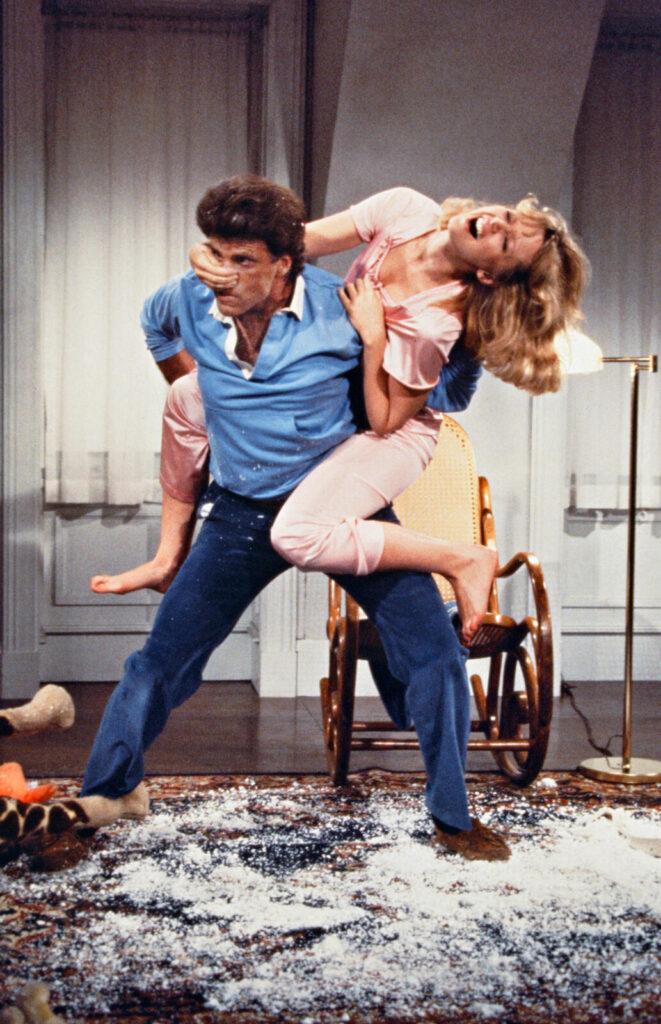 The romance between Sam (Ted Danson) and Diane (Shelley Long) got off to a slapstick start in the opening episode of Season 2. 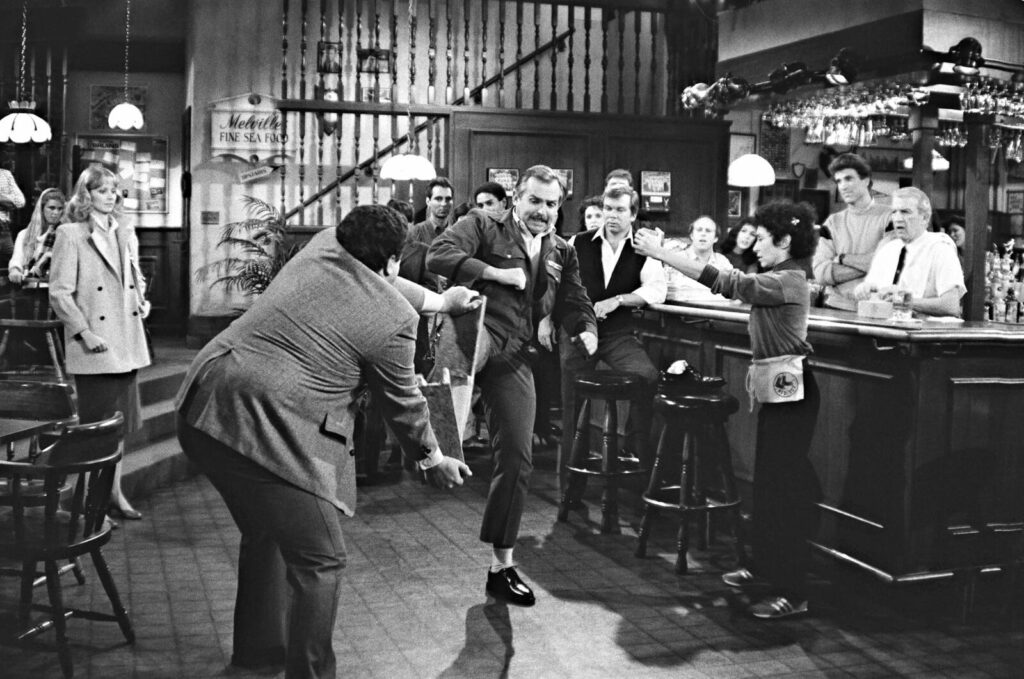 Resident know-it-al Cliff (John Ratzenberger) has to answer a challenge to a fight in the Season 2 episode “Cliff’s Rocky Moment.” 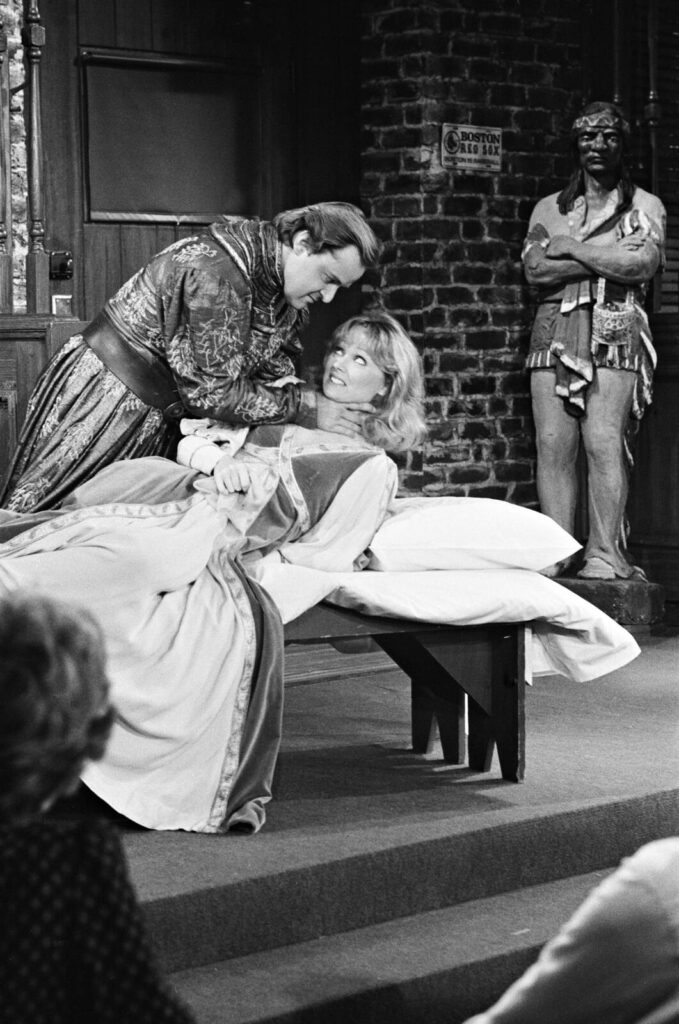 In a memorable episode from Season 2 of Cheers titled “Homicidal Ham,” Diane tried to help an obsessive ex-con become an actor. 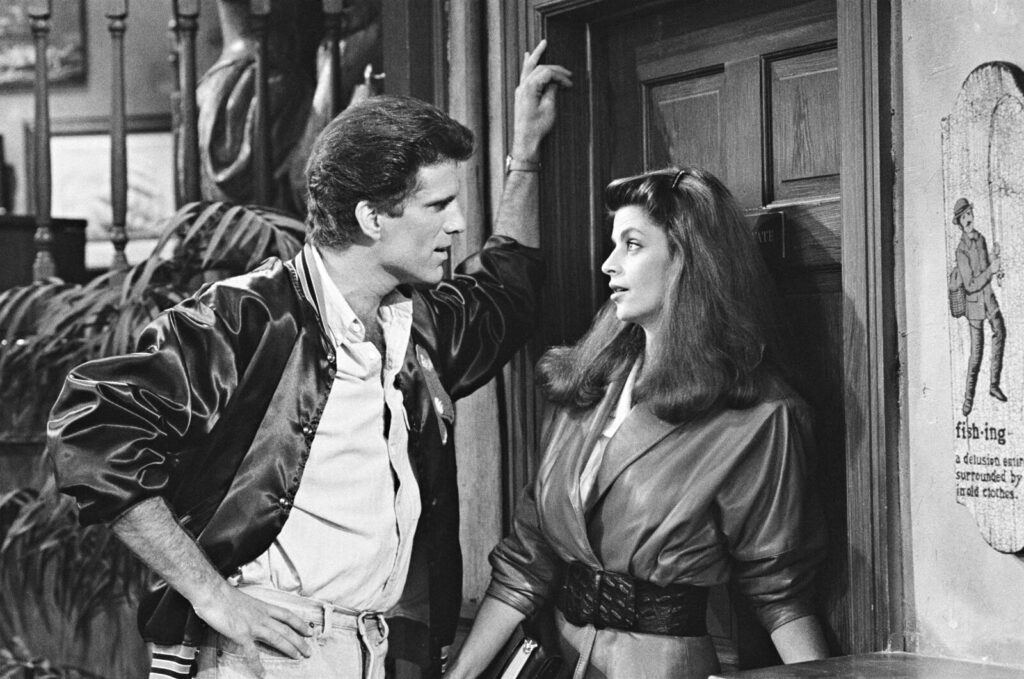 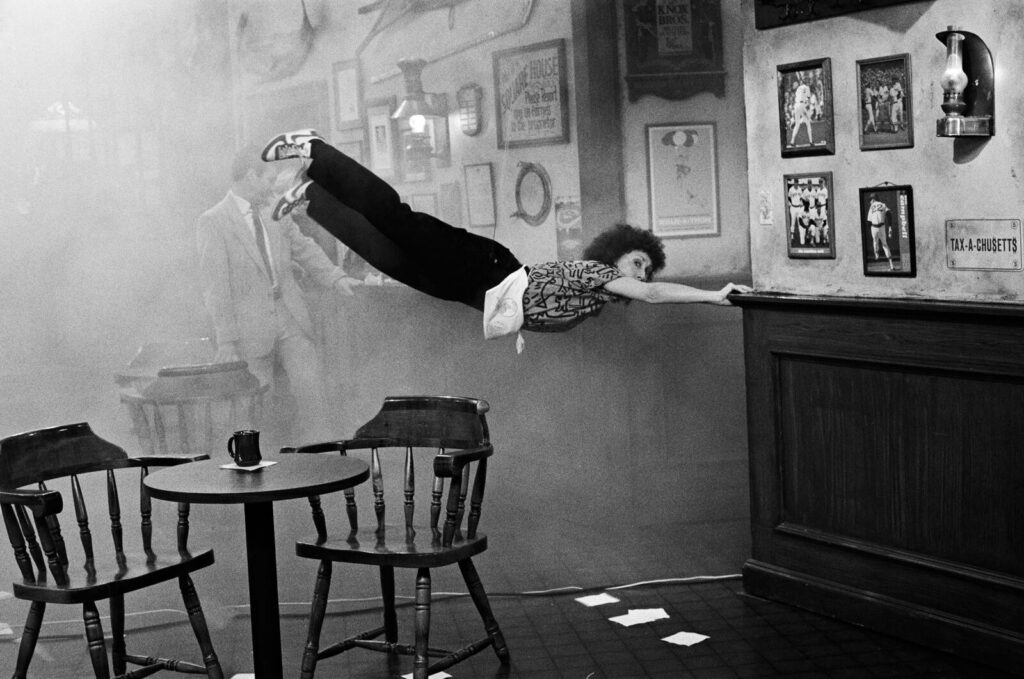 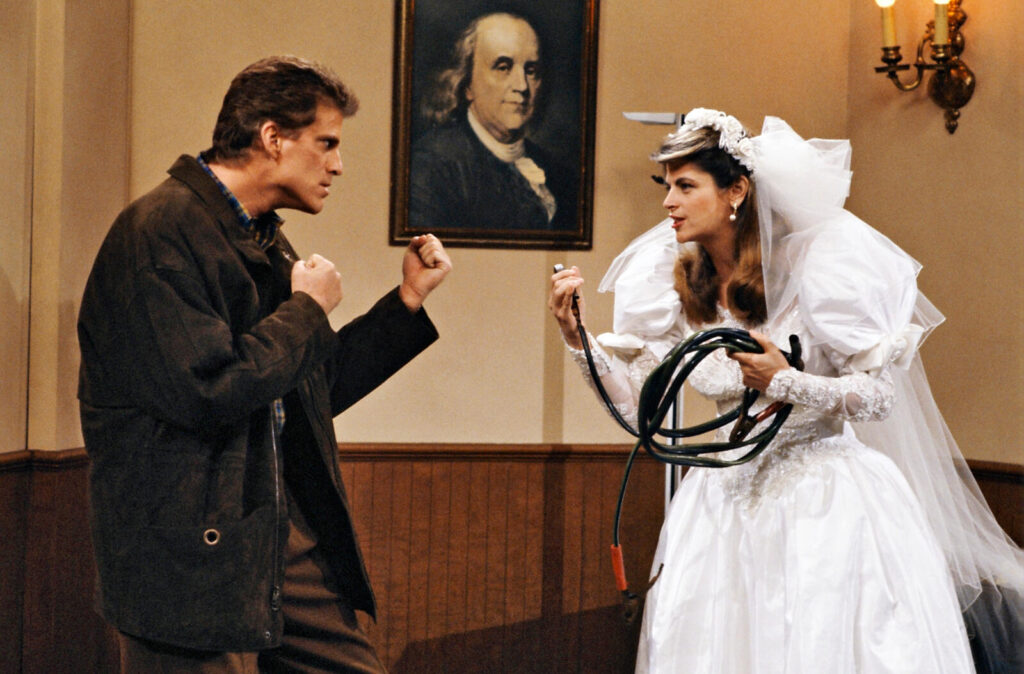 In the Season 9 episode “Wedding Bell Blues,” Sam tried to save Rebecca from a making a marital mistake. 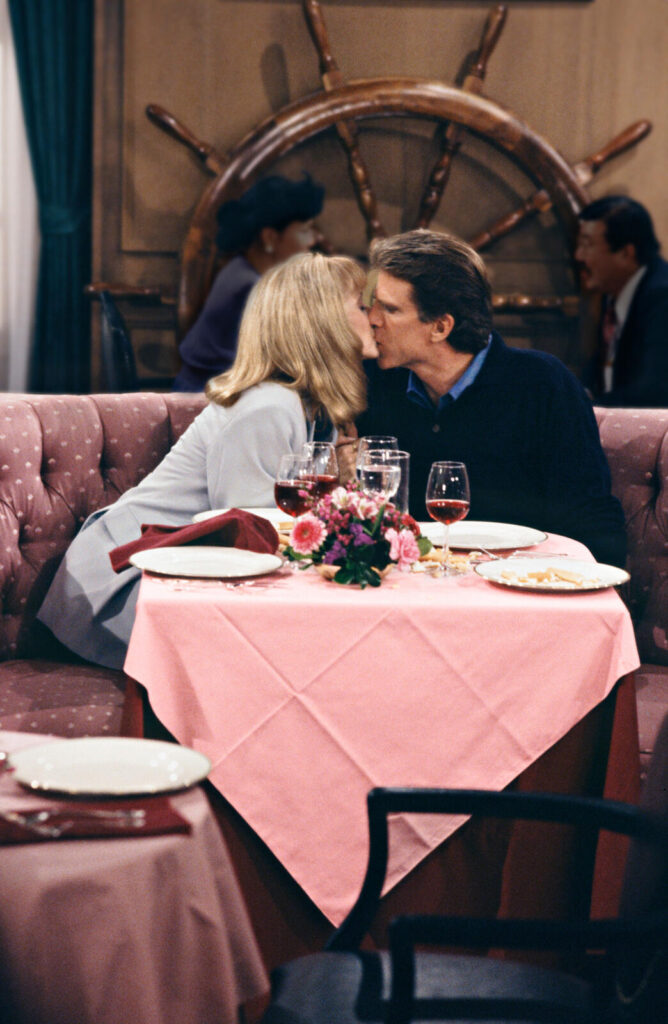 The final episode of Cheers featured the return of Shelly Long as Diane Chambers. 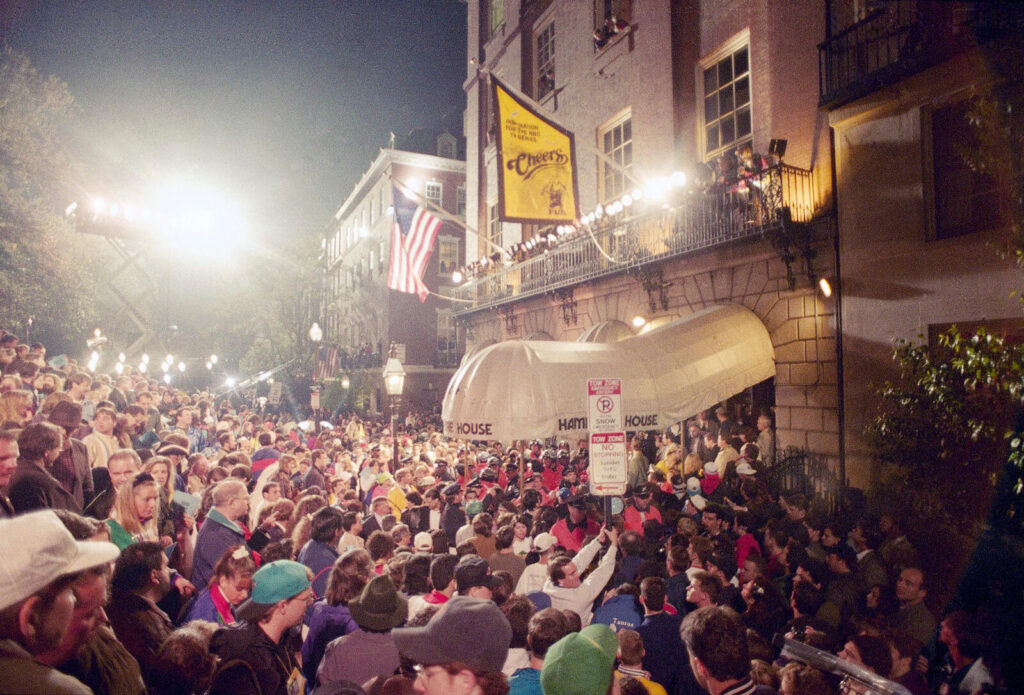 Crowds during the filming of the final episode of the 11-season run of Cheers.