From the cartoons such as Peanuts and Calvin and Hobbes that have long livened up the daily newspaper to the graphic novels of more recent vintage such as  Watchmen and Maus, comics have proven to be a wonderfully expansive form of American art. Comics can provide readers with a quick laugh or a deep journey, and they can enchant young and old alike.

In tribute, LIFE.com offers vintage photos of men, women and children disappearing into the comics. From the young girl waiting outside the Anchorage supermarket to the soldiers on a break in Korea, having a comic in your hand meant that your imagination had a place to go.

Also included in the gallery are images of hearings in 1954 held by the U.S. Senate over whether a certain stripe of violent comics were contributing to juvenile delinquency. The hearings led to the comics industry adopting its own ratings system. Another photo in this gallery shows  Henry A. Wallace, who served as Vice President under Franklin Roosevelt from 1941 to 1945, examining the funny pages while dressed in a suit, a reminder of how comics have enjoyed a truly broad appeal. 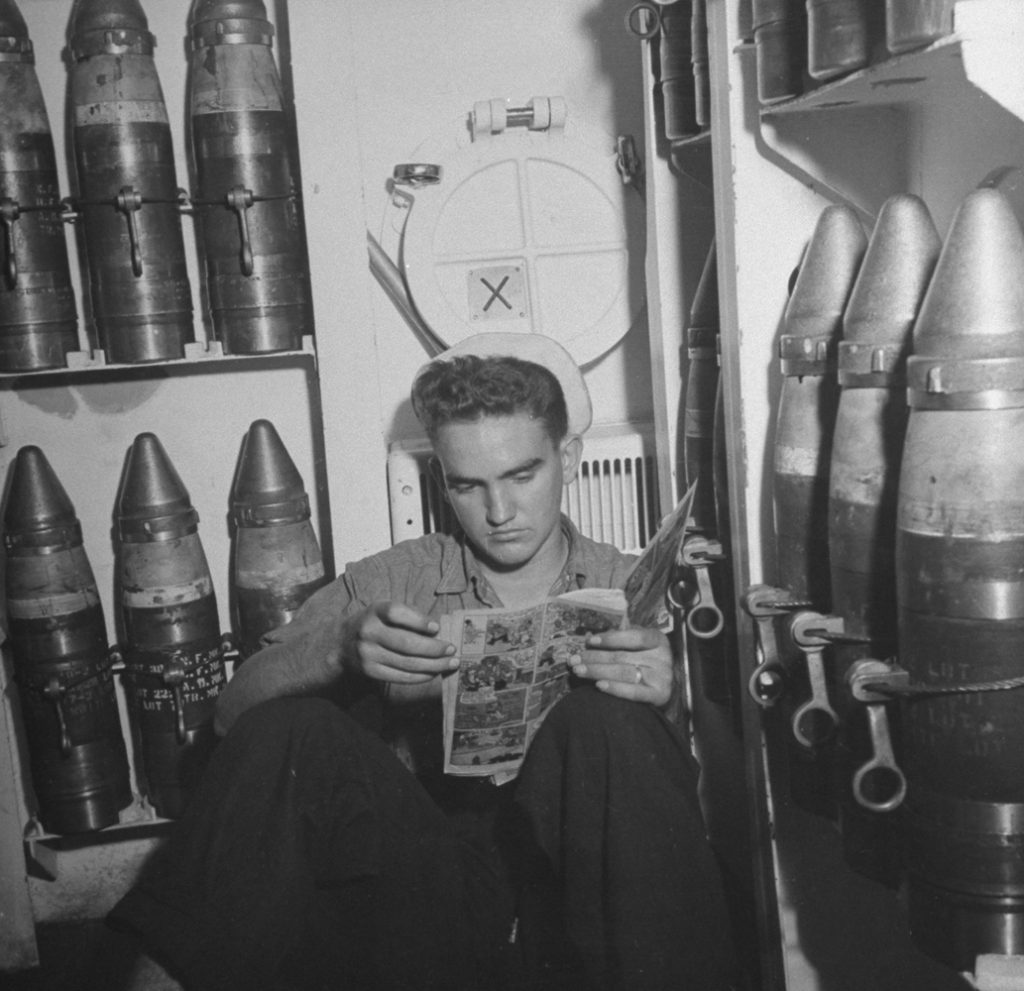 A sailor read a comic book aboard the USS Doran in 1942. 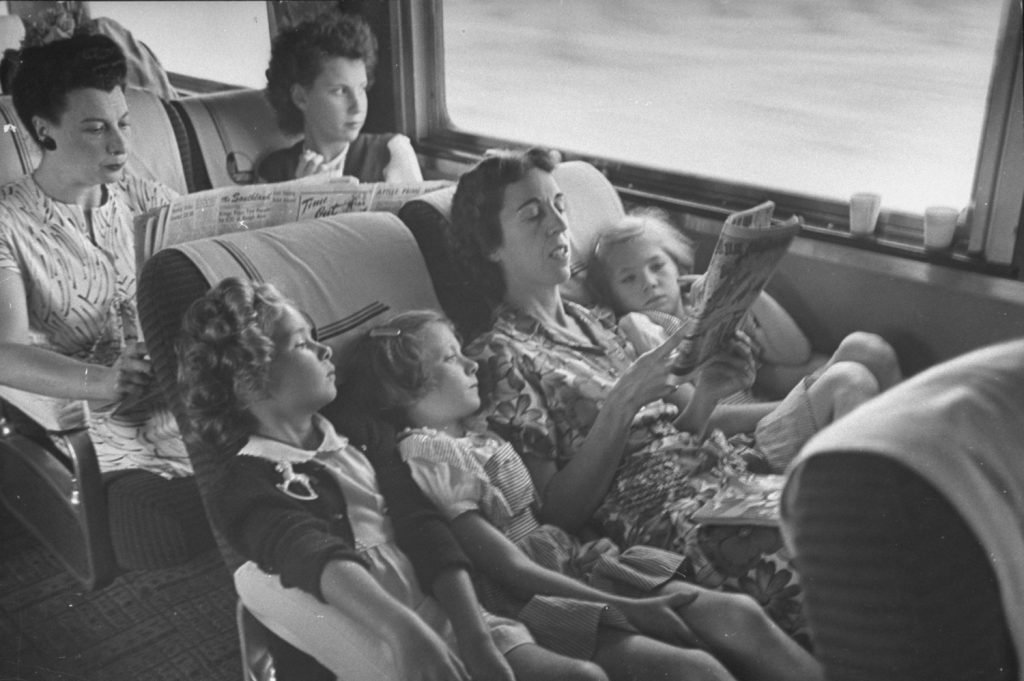 A mother read her children the comics while traveling on the “El Capitan” train between Chicago and Los Angeles, 1945. 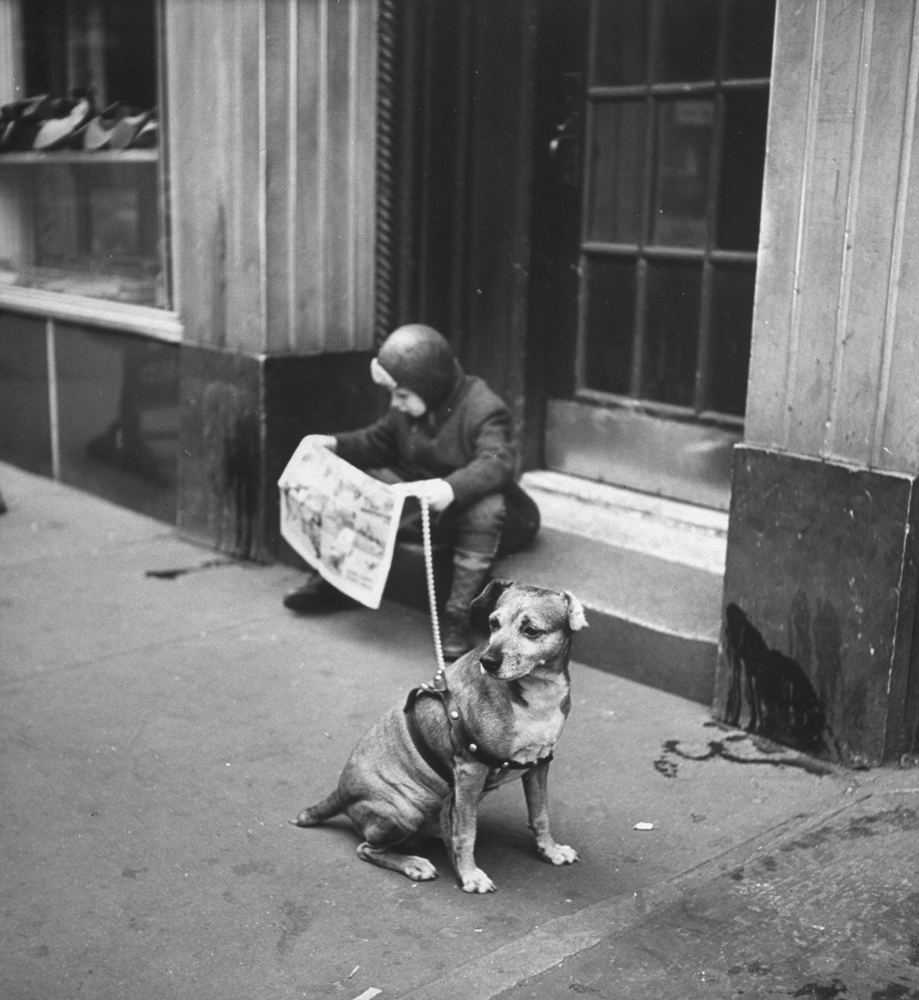 A young boy read a comic strip while his leash-tethered dog waited forlornly for their walk to continue, 1944. 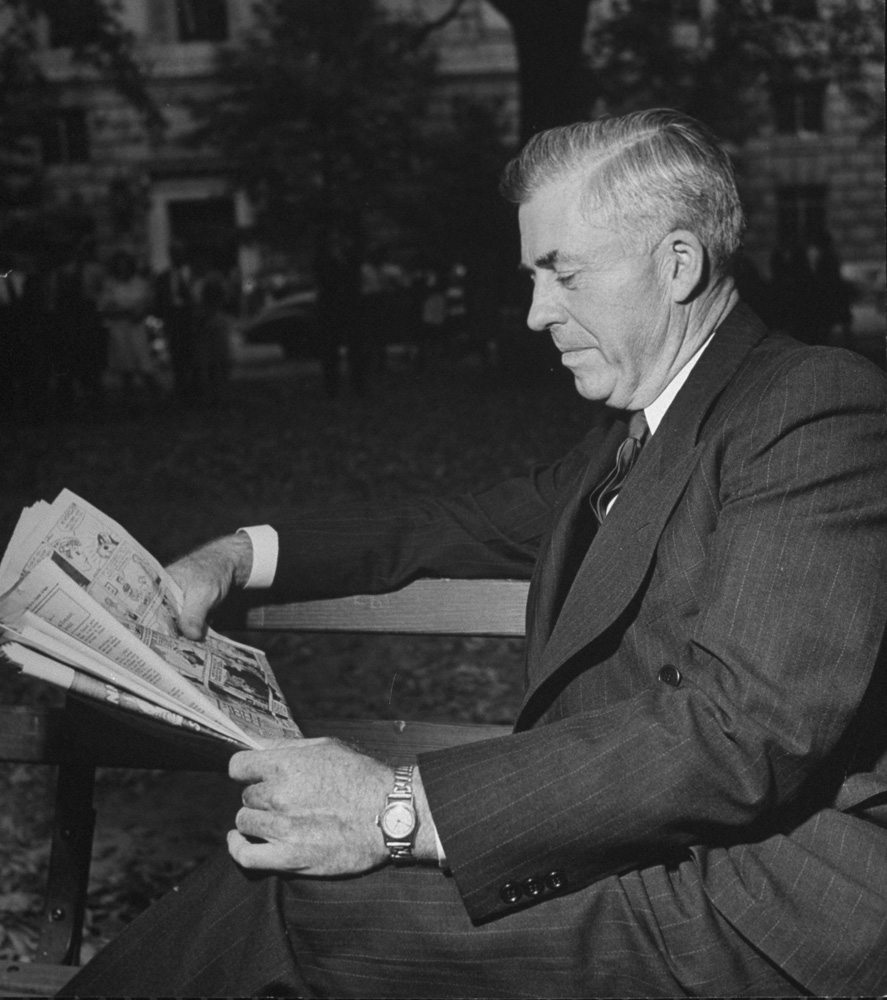 Former Vice President and Secretary of Commerce Henry A. Wallace read the comics, 1946. 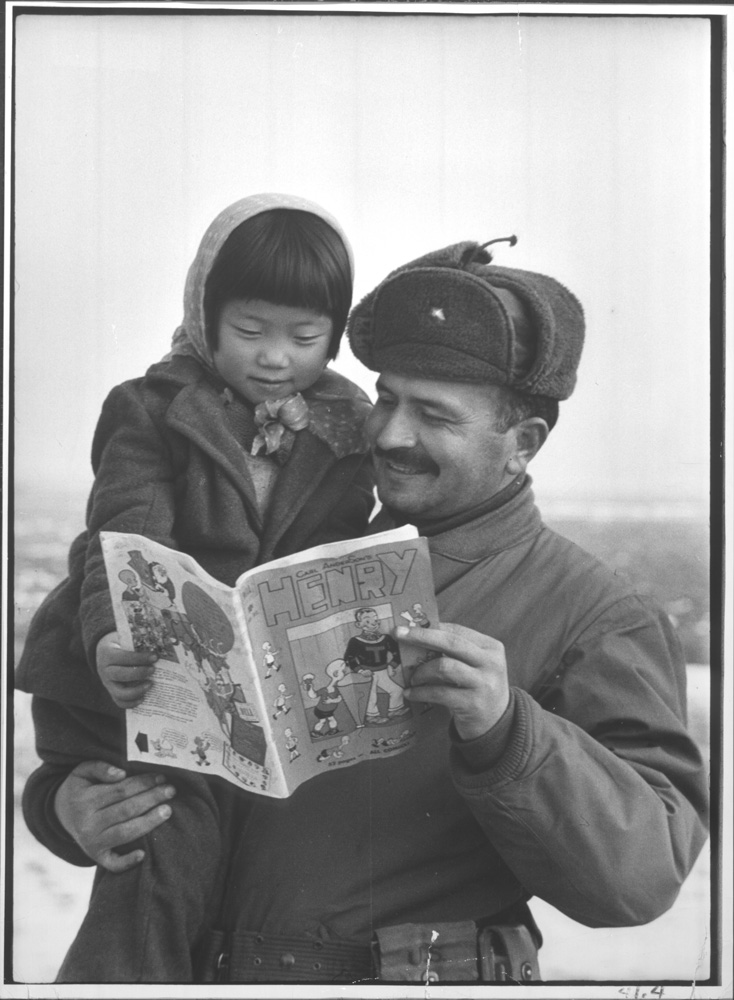 A Turkish soldier looked at an American comic book with a Korean girl during the Korean War, 1951. 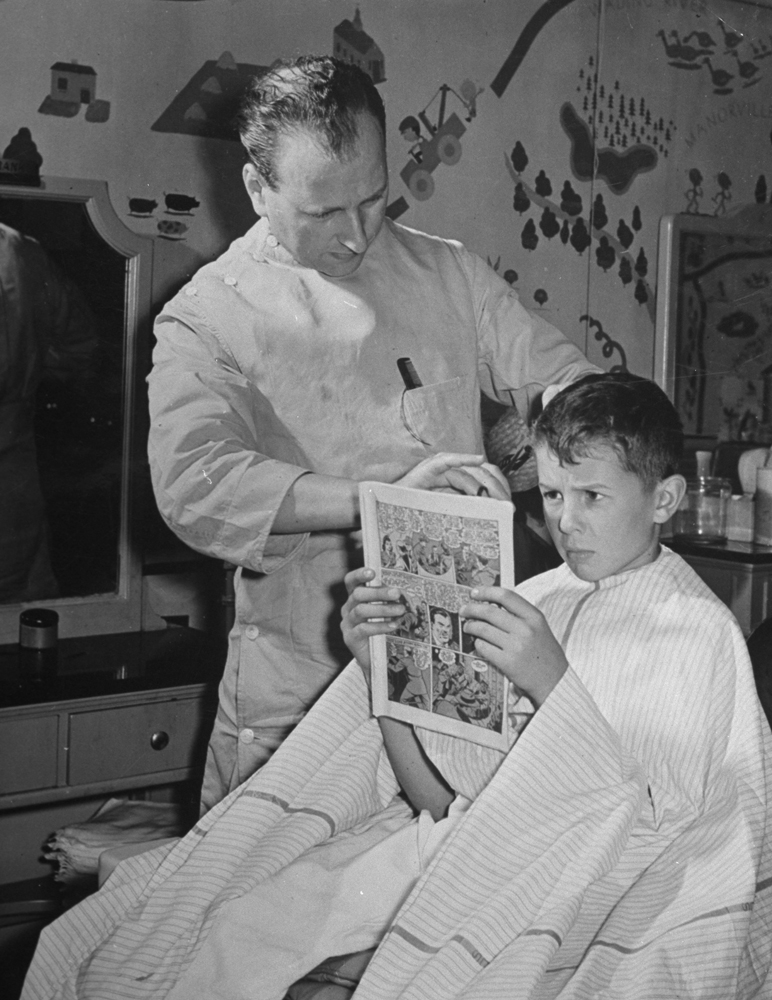 A boy escaped from his haircut, Garden City, New York, 1942. 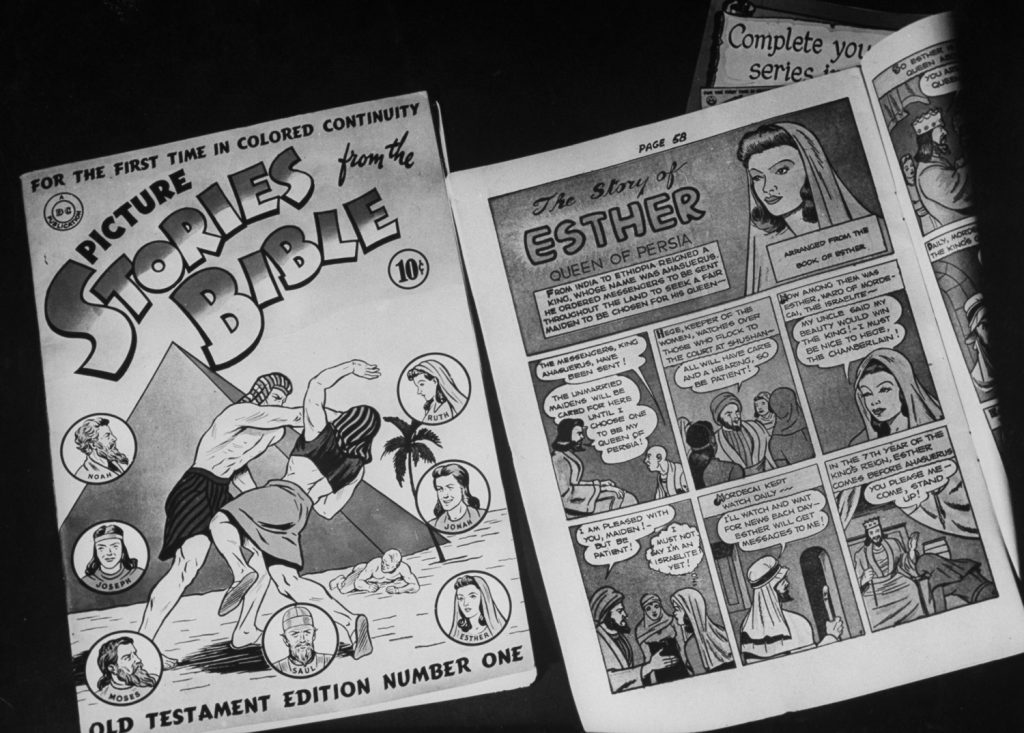 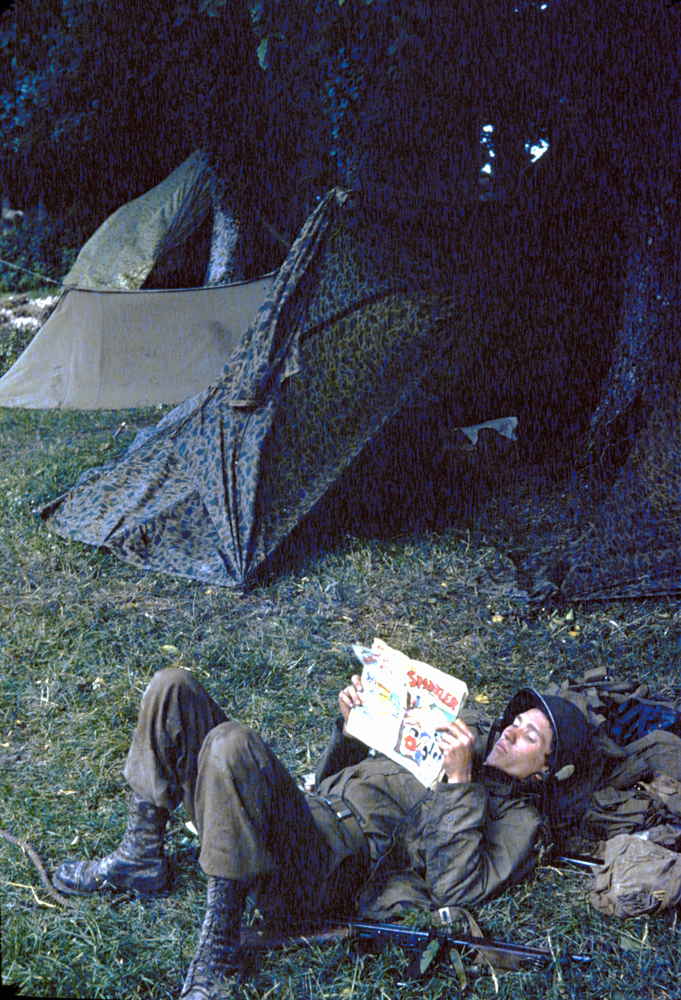 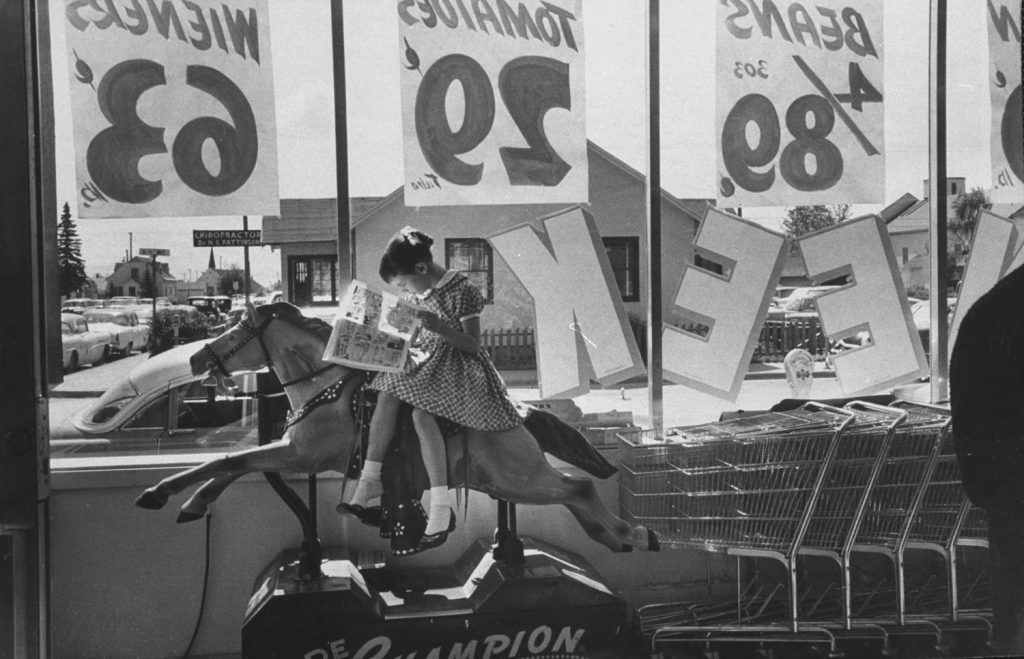 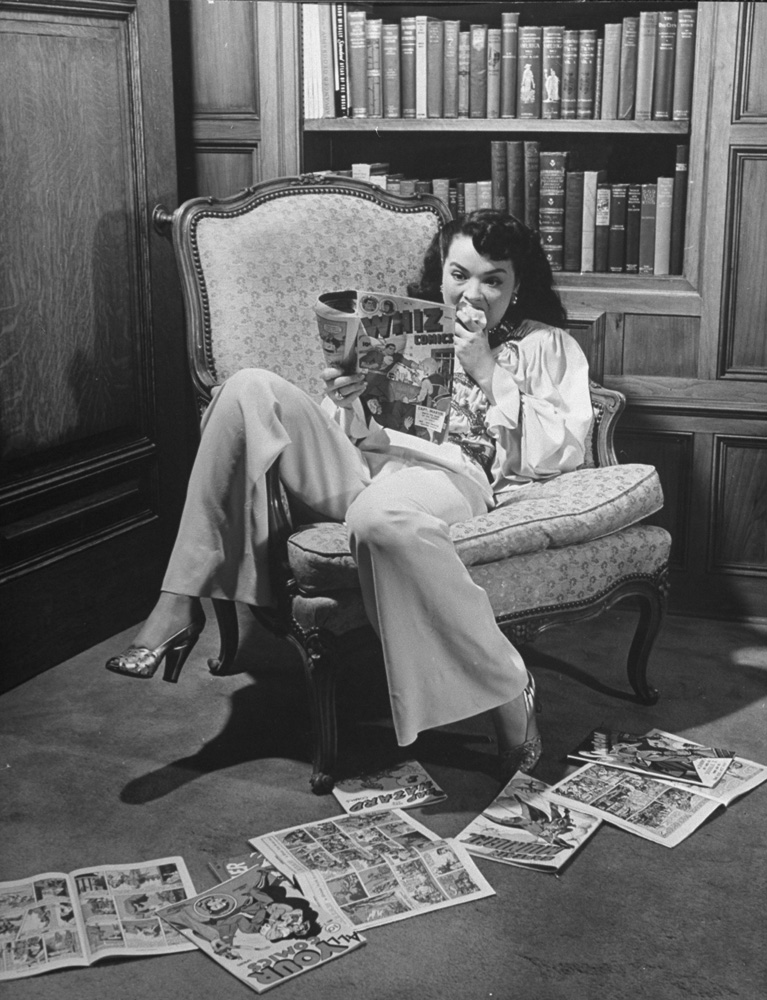 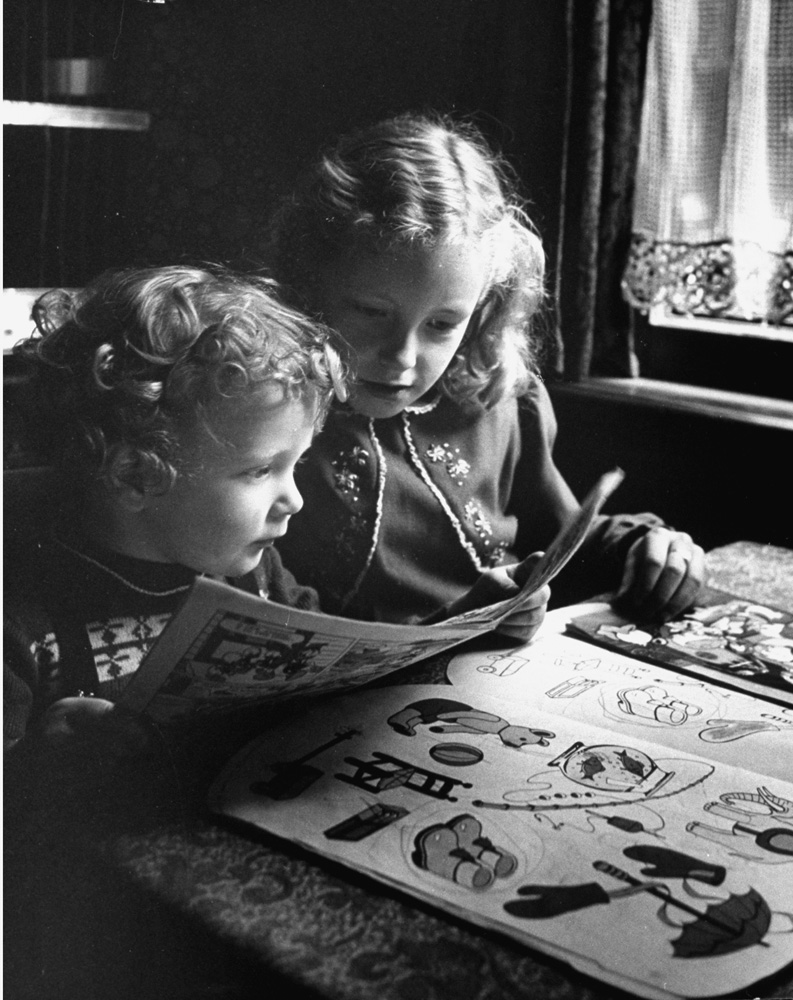 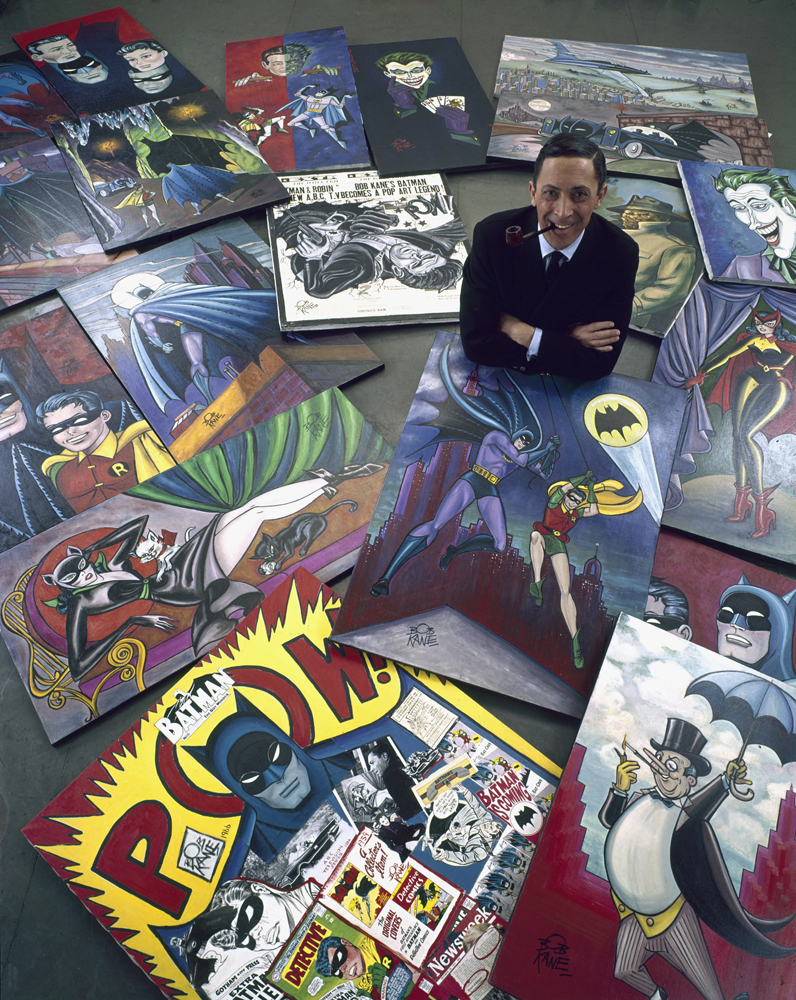 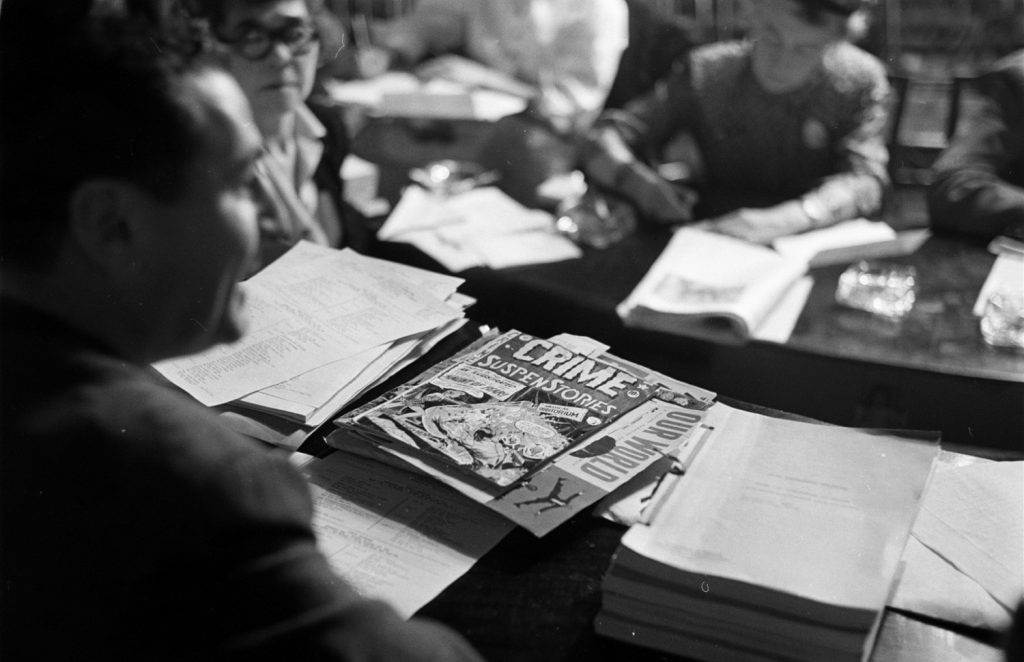 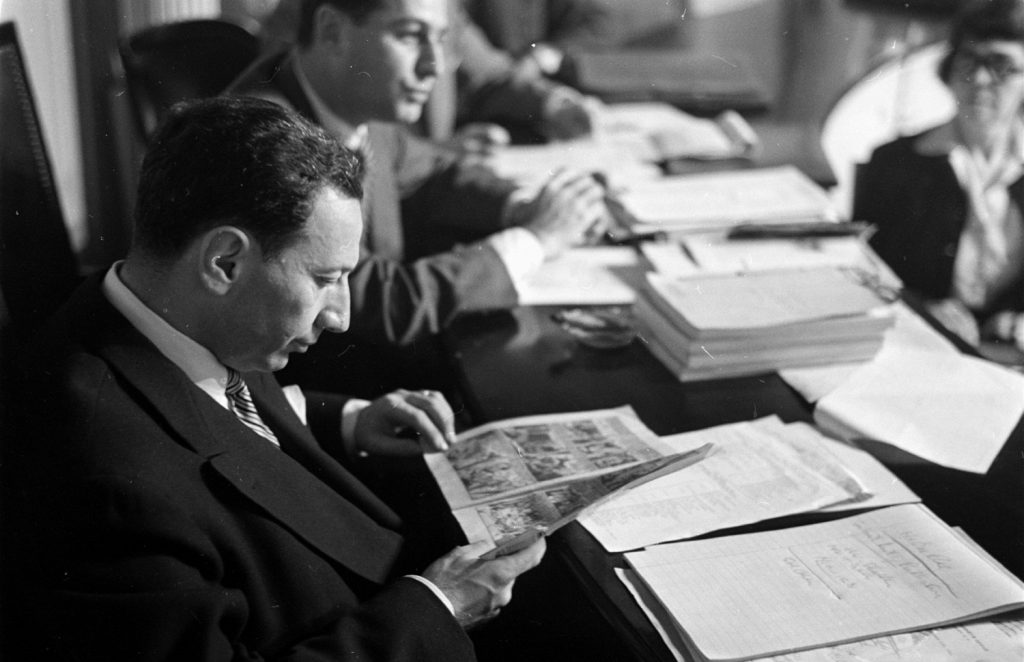 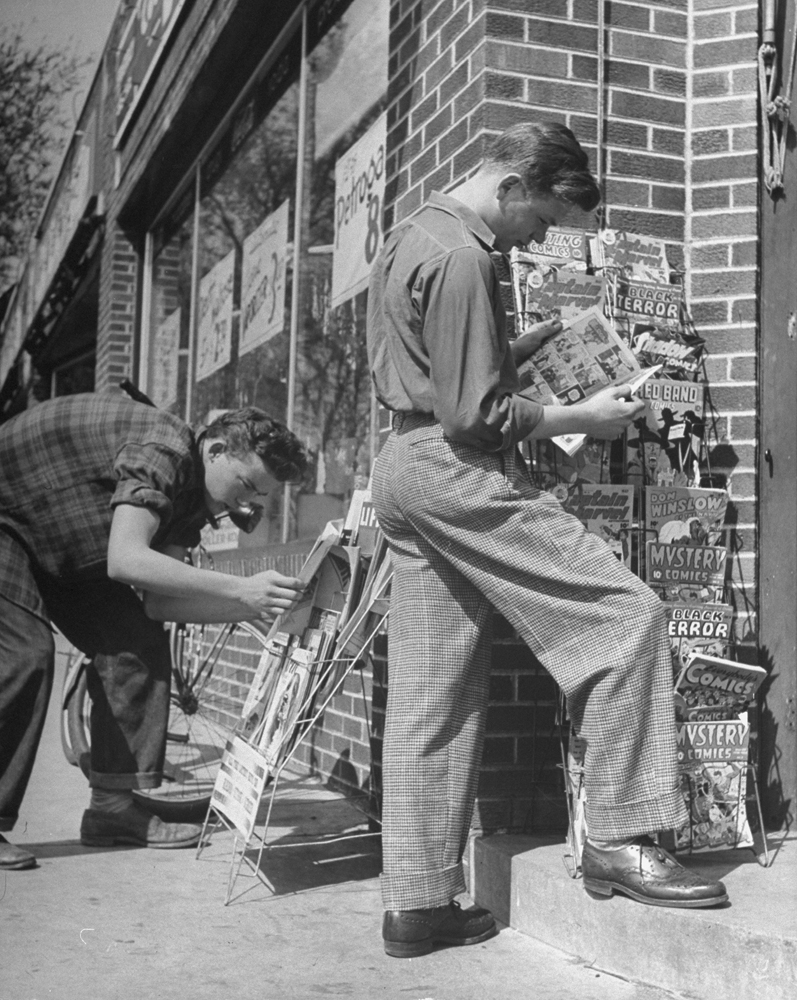 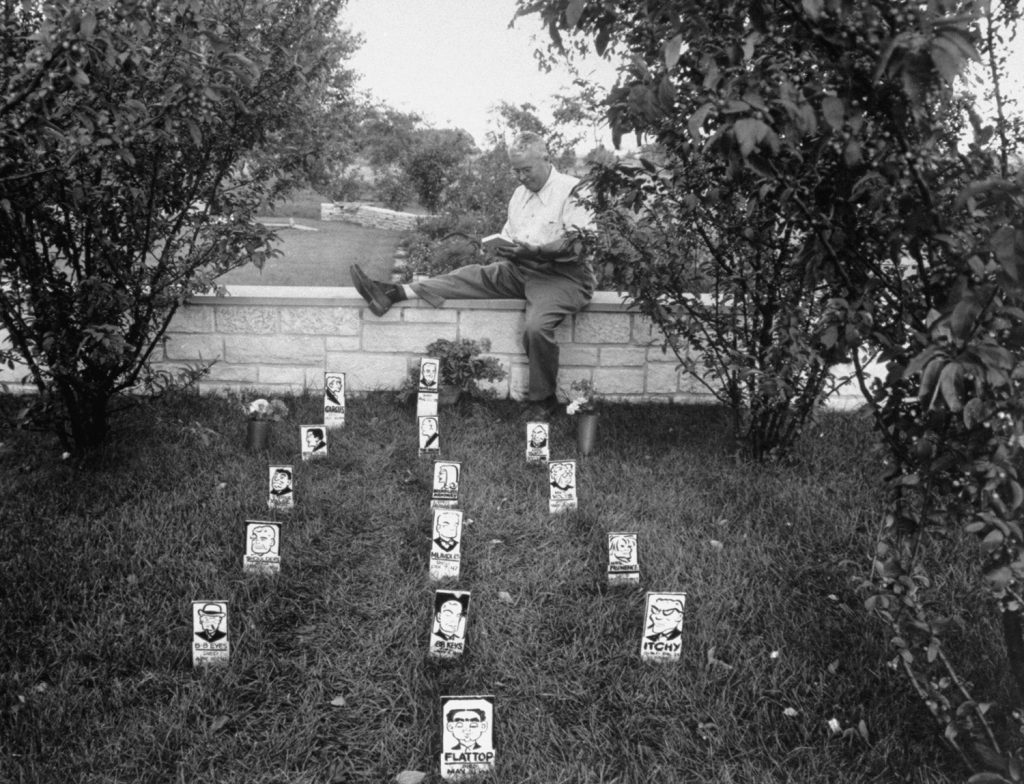 Cartoonist Chester Gould sat on a wall beside a cemetery where he “buried” vanquished villains from his “Dick Tracy” comic strip, 1949. 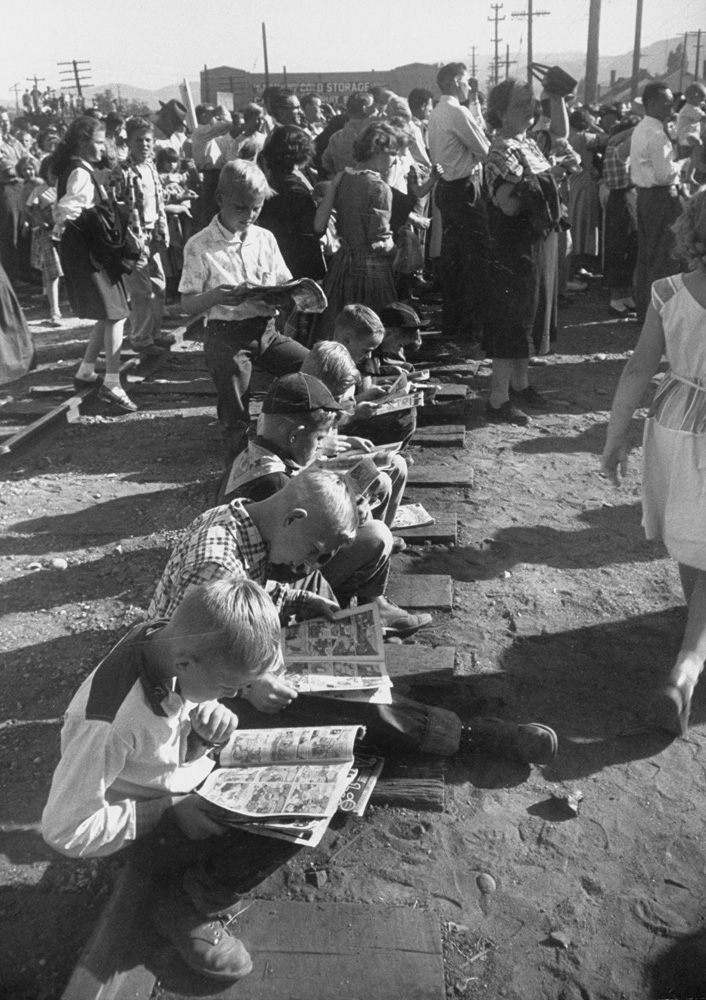 These boys read comic books during a speech by Dwight Eisenhower in Montana, 1952. 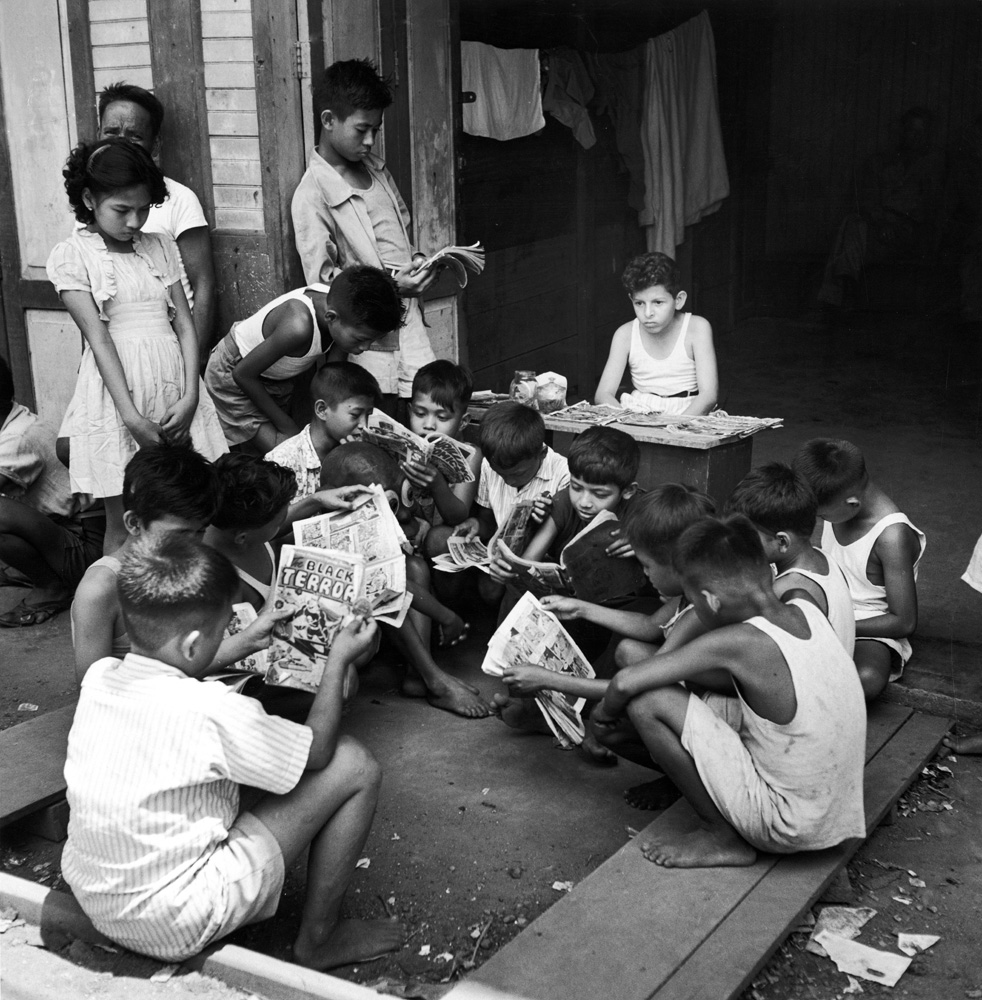 A Turkish boy (center) rented out comic books to local children to support his family in the Philippines in 1945. 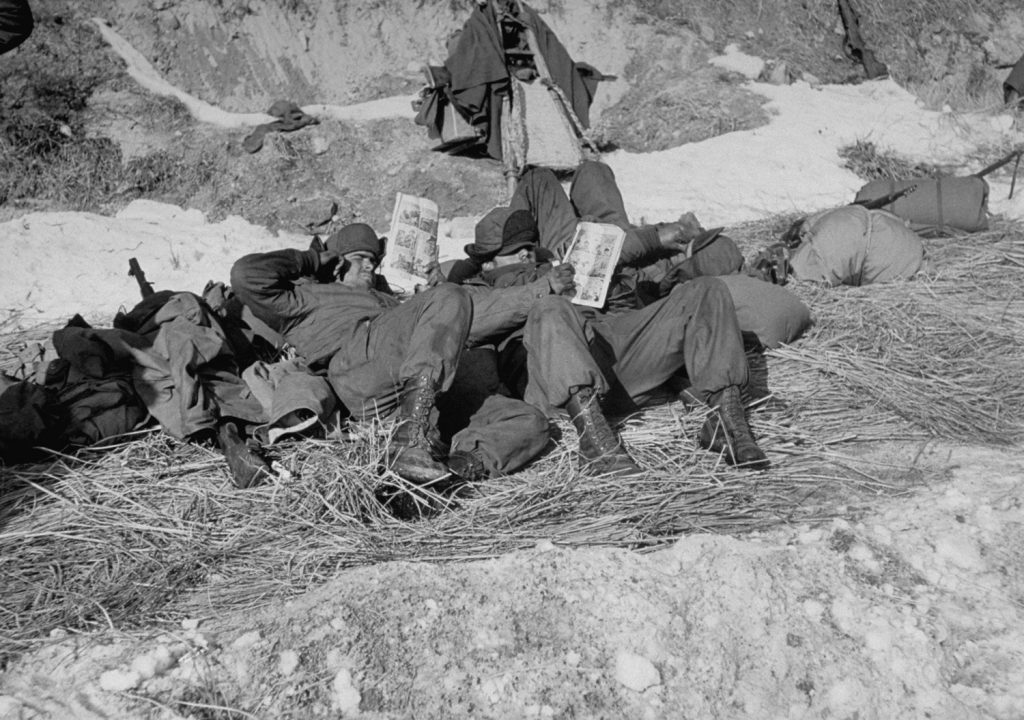 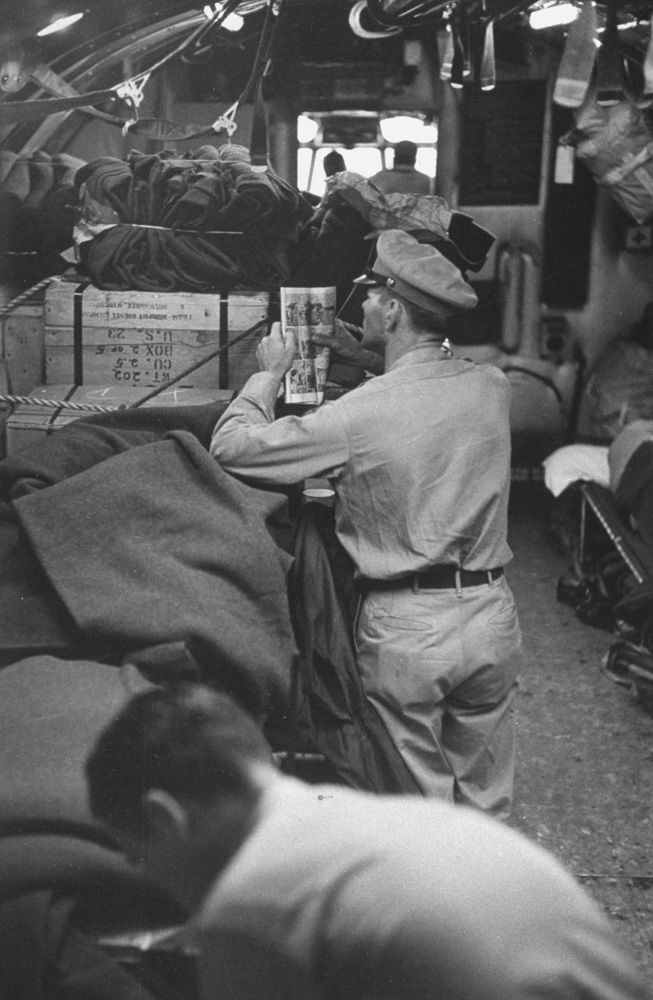 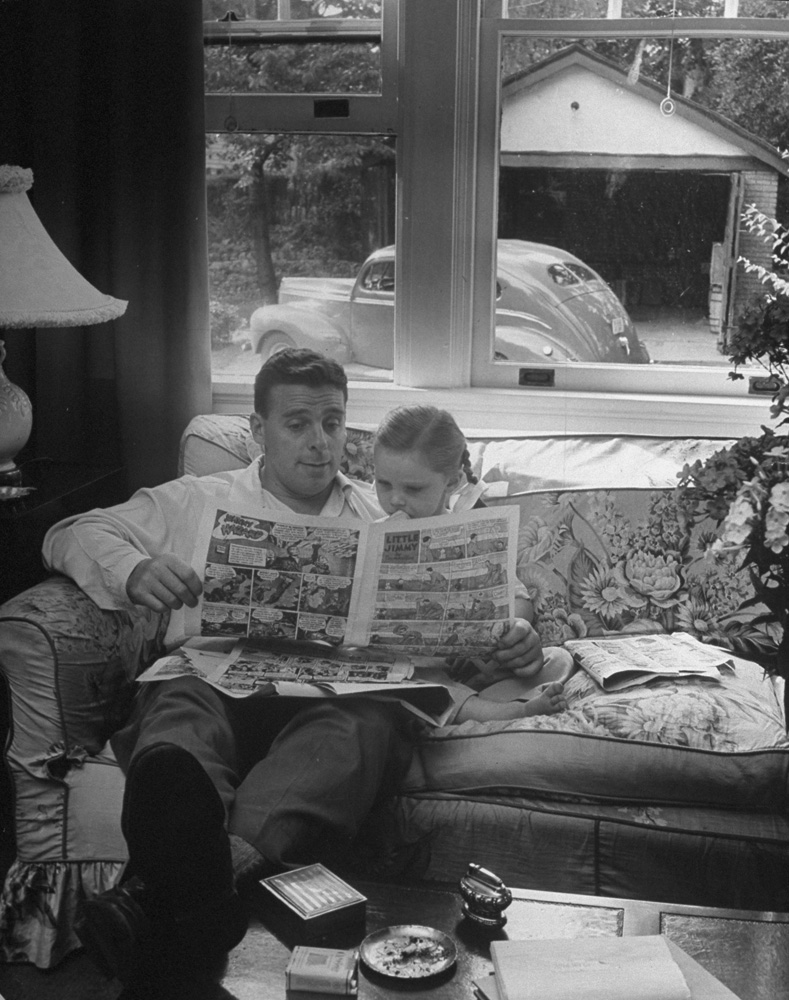 A father readsthe Sunday comics to his daughter, 1946. 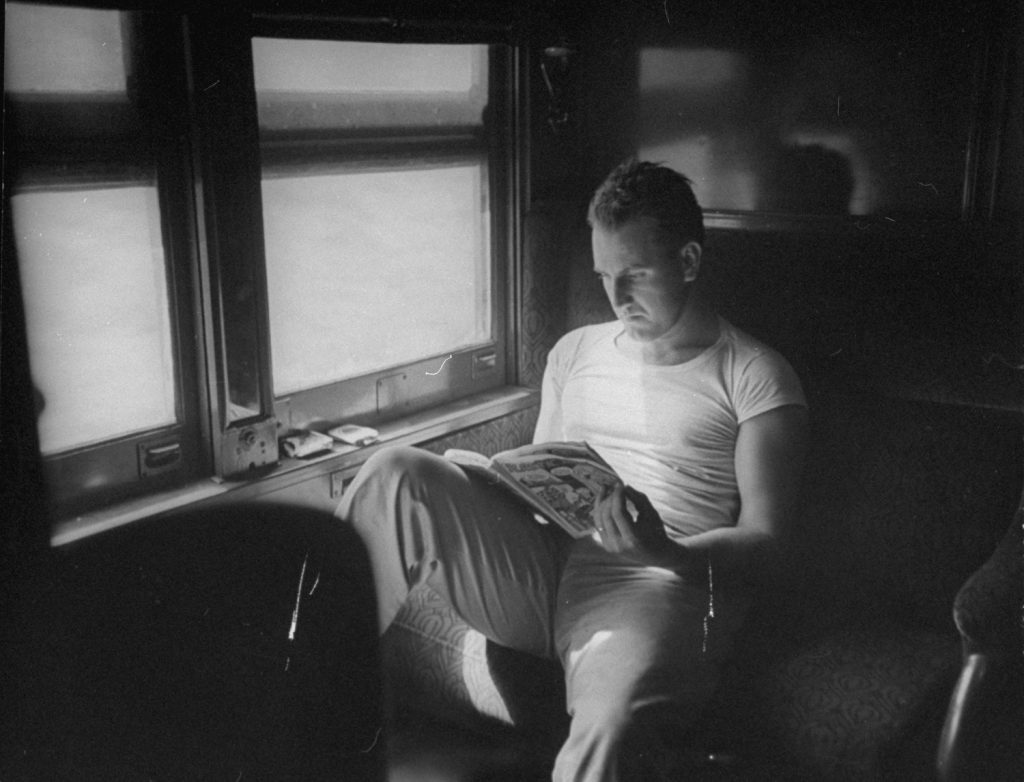 Reading a comic book while traveling on a Pullman car, 1945. 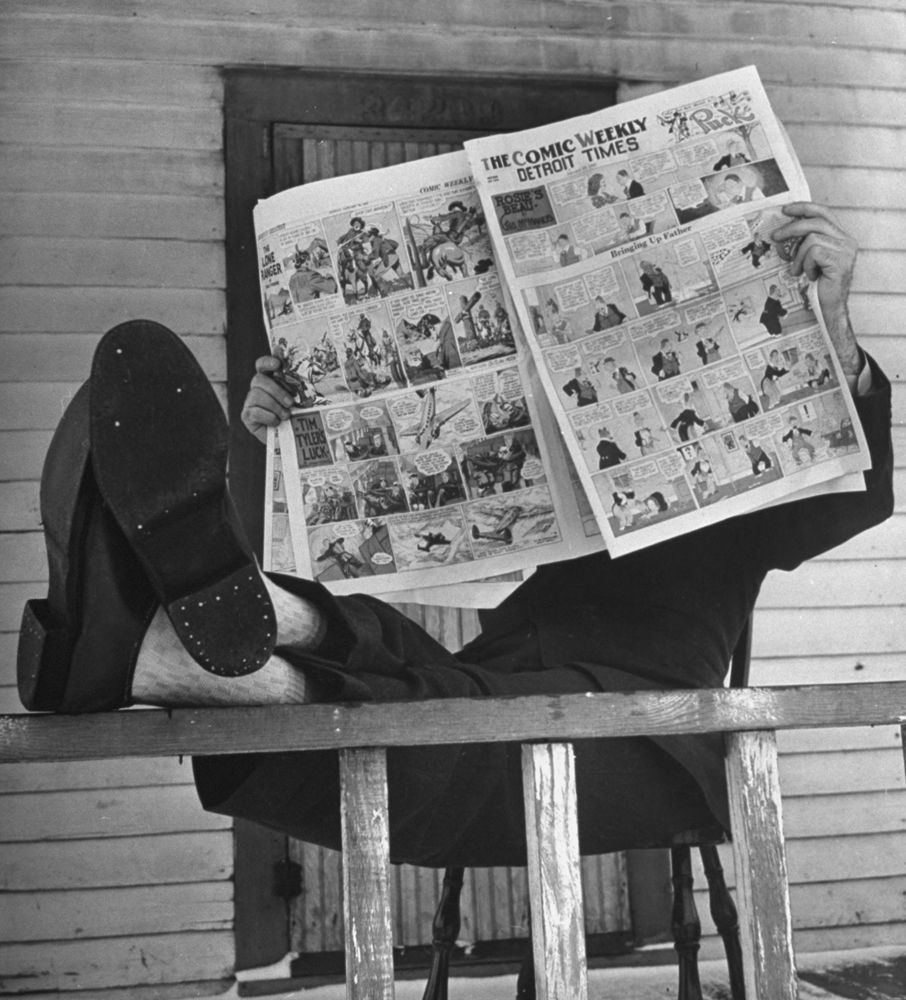