The following is excerpted from LIFE’s new special issue on Indiana Jones, available at newsstands and online:

A few years back, a rumor took hold in Hollywood that a successor might soon be named to take up the mantle of Indiana Jones. After all, Harrison Ford—who transformed the swashbuckling archaeologist into a cinematic icon in 1981’s Oscar-winning blockbuster Raiders of the Lost Ark— wasn’t getting any younger, and the character still had plenty of life left in him. Ford had played the role in three sequels—Indiana Jones and the Temple of Doom (1984), Indiana Jones and the Last Crusade (1989), and Indiana Jones and the Kingdom of the Crystal Skull (2008)— and Indy had proven so popular he’d appeared in a host of comic books, video games, and other media as well.

The odds-on favorite to pick up Jones’s signature bullwhip was Guardians of the Galaxy star Chris Pratt, who had a facility for both action and comedy and had proven himself as a box office draw. The problem? Ford wasn’t so keen on the idea of stepping aside for another actor.

Given his strong feelings on the issue, it’s perhaps not so surprising that Ford already has pledged to star in a fifth movie as the globe-trotting, treasure-hunting professor; the as-yet- untitled adventure, which sees director James Mangold (Walk the Line, Ford v Ferrari) take over the franchise from Steven Spielberg, is set for release in 2022. Without the effortless charisma Ford brings to the role, one could argue there wouldn’t be a fifth film heading into production. It’s simply hard to imagine the character would have enjoyed the same staying power in the wider cultural consciousness without Ford in the battered brown fedora.

“Harrison Ford just has this unique screen presence,” says James Kendrick, professor of film and digital media at Baylor University and the author of 2014’s Darkness in the Bliss-Out: A Reconsideration of the Films of Steven Spielberg. “He’s one of the few actors who can be simultaneously larger than life and entirely down to earth at the same time. He has great humor. He has great timing. He has just the right kind of look. Obviously, he’s a very handsome guy, but he’s a little bit unconventional in his handsomeness, and he’s always willing to be self-deprecating. To me, that’s always been one of the really important elements of Indiana Jones. It makes him relatable. It makes him so enjoyable to watch, that he is so self-deprecating and is willing to be the brunt of jokes.”

Ford himself has noted that Indy’s fallibility is key to his charm: “One of the pleasures is that we allow him to get in too deep,” the actor told Entertainment Weekly in 2008. “He’s in over his head and has to pull himself out. A character without fear or with no sense of his own inadequacy would be a pain in the ass to be around.”

THERE’S NO question that Indiana Jones remains one of the best-loved creations ever brought to the screen: The American Film Institute ranked the character as the second greatest movie hero of all time—only Gregory Peck’s Atticus Finch in To Kill a Mockingbird tops him. Indy also notably placed ahead of superspy James Bond, Humphrey Bogart’s Rick Blaine in Casablanca, and Ford’s own Star Wars rogue, Han Solo—all three of whom in ways large and small inﬂuenced who Dr. Jones would become.

Spielberg, who stepped behind the camera on Raiders after enjoying enormous success with Jaws and Close Encounters of the Third Kind, had always harbored fantasies of directing a Bond movie, yet was turned down for consideration. When his close friend and Star Wars mastermind George Lucas pitched him the idea of the 1930s adventurer who travels the globe hunting rare antiquities, Spielberg found an opportunity to channel all his Bond ambitions. The filmmaker made a point to place Indy in impossible scrapes that he escaped through some combination of resourcefulness and dumb luck. Indeed, what he lacks in high-tech gadgetry he more than makes up for in good old-fashioned ingenuity. Raiders screenwriter Lawrence Kasdan once stated that his favorite line in the script was Indy’s response to his compatriot Sallah after he asks the archaeologist how he intends to retrieve the coveted biblical Ark of the Covenant, which has fallen into the hands of the Nazis. “I don’t know,” Jones says. “I’m making this up as I go.”

Both Spielberg and Kasdan have likened Ford’s appeal to that of classic leading men—actors including Steve McQueen, Peck, and of course Bogart—who naturally embodied a certain kind of rugged, rough-at-the-edges masculinity. They looked as if they had experienced life, and it hadn’t always been kind to them. Yet that worldliness made them all the more appealing.

Ford brought precisely that sort of magnetic energy to the screen as Han Solo, a character who arguably looms just as large in the actor’s ﬁlmography as the illustrious Dr. Jones. In fact, Lucas was reluctant to cast Ford in Raiders of the Lost Ark, fearing that audiences could potentially have trouble seeing him as anyone other than the charming space scoundrel. He needn’t have worried. The moment Indy appears on screen for the first time, dressed in a brown leather jacket and his signature fedora, he’s clearly the perfect marriage of character and star. “Harrison Ford has a kind of core disreputability that makes him perfect for Indiana Jones,” says Time magazine ﬁlm critic Stephanie Zacharek. “The guy is pretty much a grave robber, and deﬁnitely a love-’em-and-leave-’em type . . . He’s at home anywhere in the world, but there’s also an air of entitlement about him—‘Hey, I’ve come here looking for this golden thingamajig’—as if he pretty much has a right to anything he wants, just for adventure’s sake. There’s something regally masculine about Ford that makes you buy him in this role.”

Throughout Raiders of the Lost Ark (retitled Indiana Jones and the Raiders of the Lost Ark in 1999), Ford beautifully captures all the adventurer’s imperfections. Yes, he’s daring and quick-witted, but his plans don’t always work out. “What people tend to forget [is that] he loses at the end of Raiders,” Kendrick notes. “He’s supposed to get the ark, and it gets taken away from him by these seedy government bureaucrats who then hide it away because they’re afraid to deal with it. The last scene of Raiders of the Lost Ark is Indiana Jones walking away in semi-defeat after this boardroom meeting with some mid-level intelligence agents. For him to pull that off and still be heroic in a way, that’s a real balancing act.”

AS THEY RETURNED to the character in sequels, both Spielberg and Ford sought to preserve all he qualities that made Jones such a touchstone for generations of moviegoers. “Indiana Jones was never a machine,” Spielberg told Vanity Fair in 2008. “His imperfections, I think, make the audience feel that, with a little more exercise and a little more courage, they could be just like him. So he’s not the Terminator. He’s not so far away from the people who go to see the movies that he’s inaccessible to their own dreams and aspirations.”

That same year, a 65-year-old Ford starred in the character’s most recent big-screen outing, Indiana Jones and the Kingdom of the Crystal Skull, a sci-fi-inflected tale involving inter-dimensional beings. “He’s older in that one, and he still looks good, but he’s definitely owning the wear and tear, the creases on his face—it’s like a tiki mug,” says Zacharek. “Admittedly, it’s easier for guys to get away with looking weathered than it is for women, but Hollywood is kind to no one in the age game. I admire his bravura.”

In recent years, Ford has made the intriguing choice to revisit some of his best-loved roles, resurrecting Han Solo for 2015’s Star Wars: The Force Awakens (and again for a brief cameo in Star Wars: The Rise of Skywalker) and reprising his replicant-hunting detective Rick Deckard for the 2017 sequel Blade Runner 2049. In some ways, it feels as though he’s giving the characters closure. So, a ﬁfth Indiana Jones with Ford donning the costume one last time? It makes sense.

And there’s no one who knows that character better than Ford. Not now. Not ever. He’s Indiana Jones.

Here are a selection of photos from LIFE’s special tribute issue to Indiana Jones, on sale now: 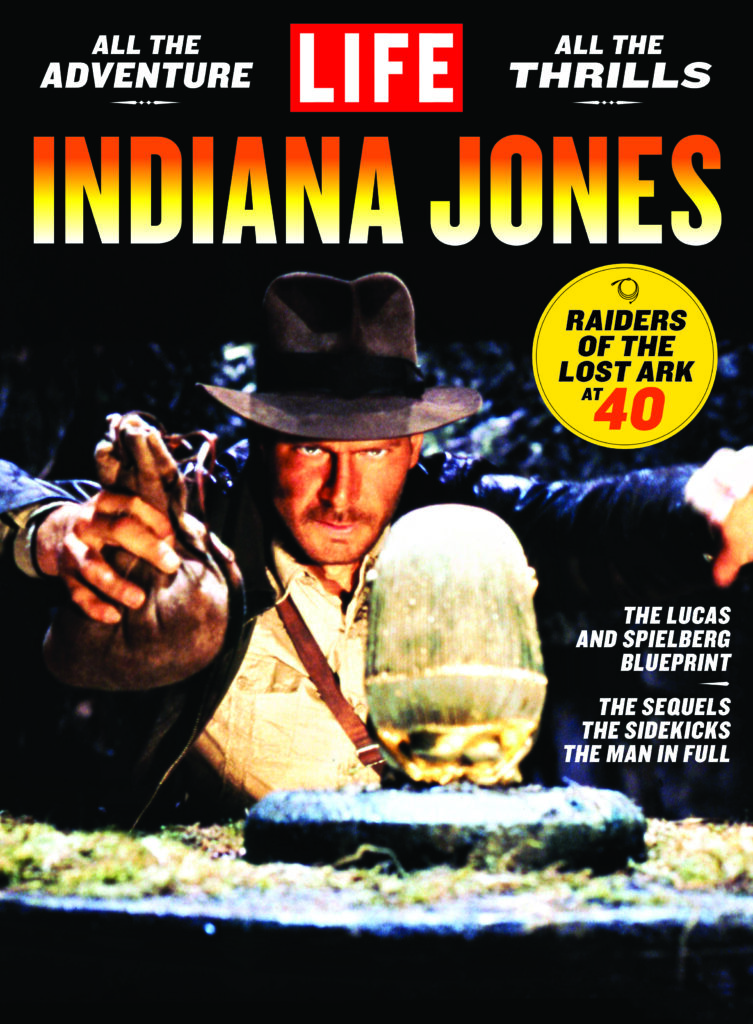 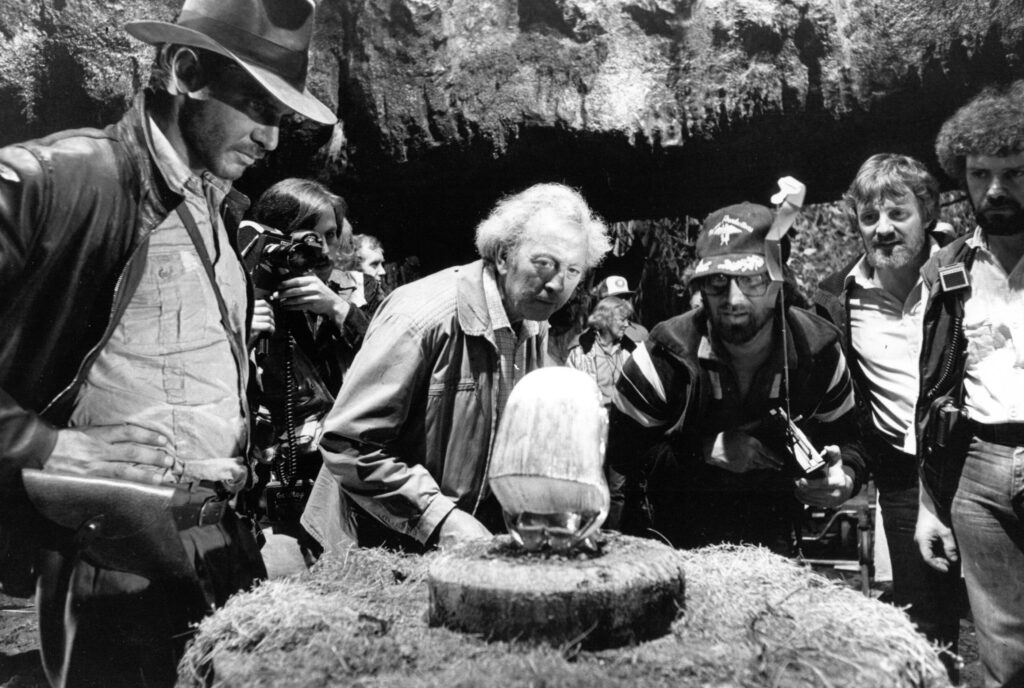 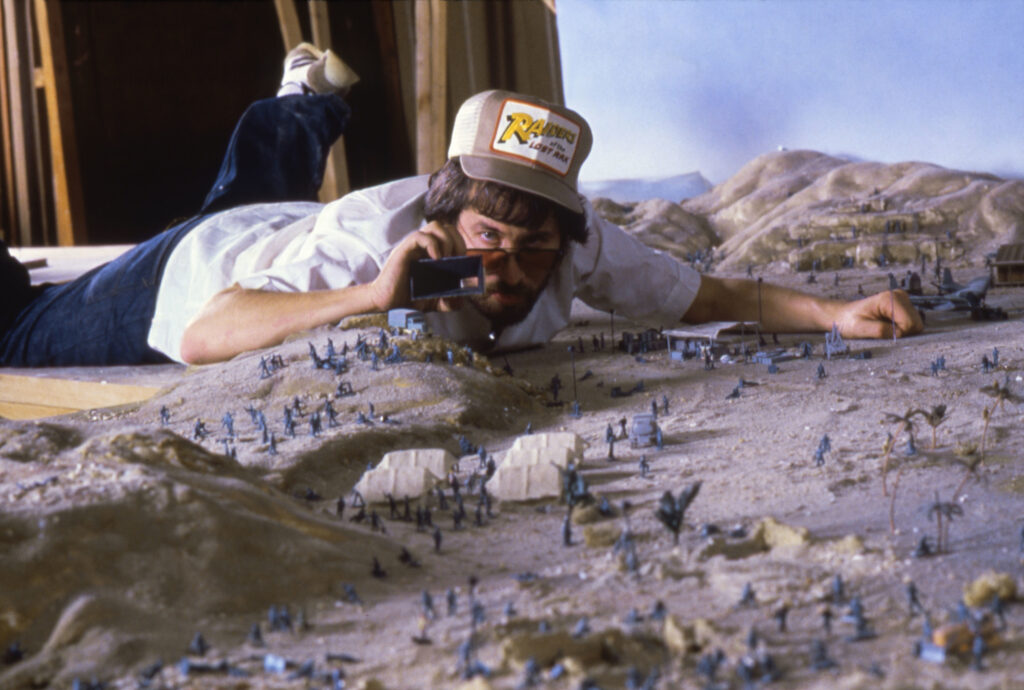 Director Steven Spielberg on the set of Raiders of the Lost Ark.

Photo by Sunset Boulevard/Corbis via Shutterstock 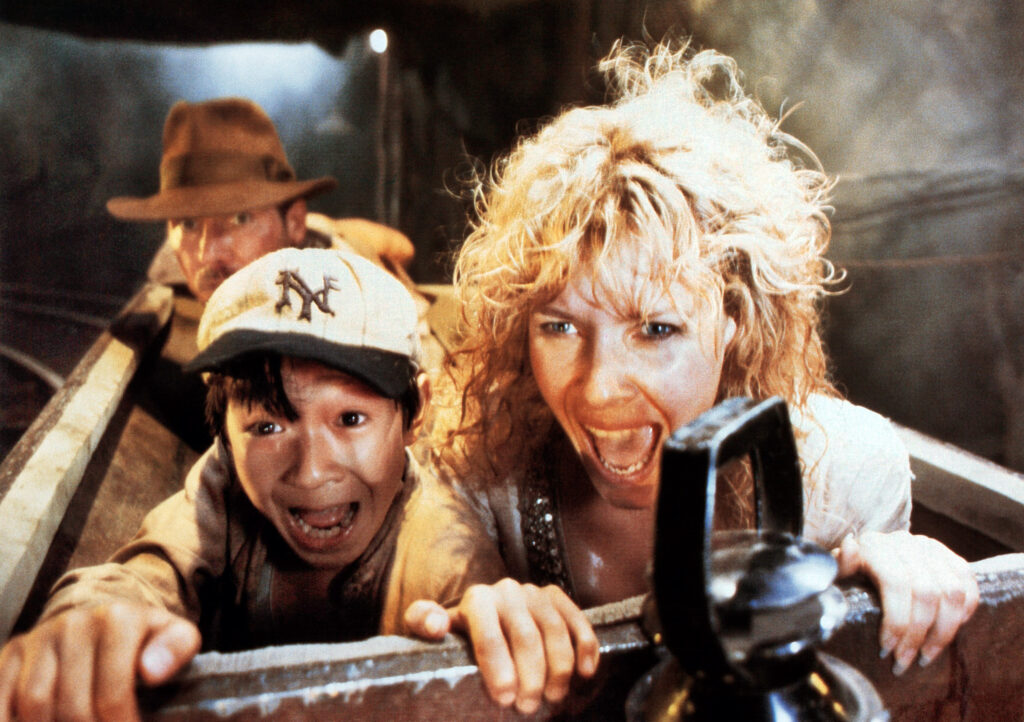 The first Raiders sequel, Indiana Jones and the Temple of Doom, came out in 1984 and began the practice of working Indy’s name into the title. Along with Harrison Ford (background) the movie featured (left to right) Jonathan Ke Quan and Kate Capshaw. 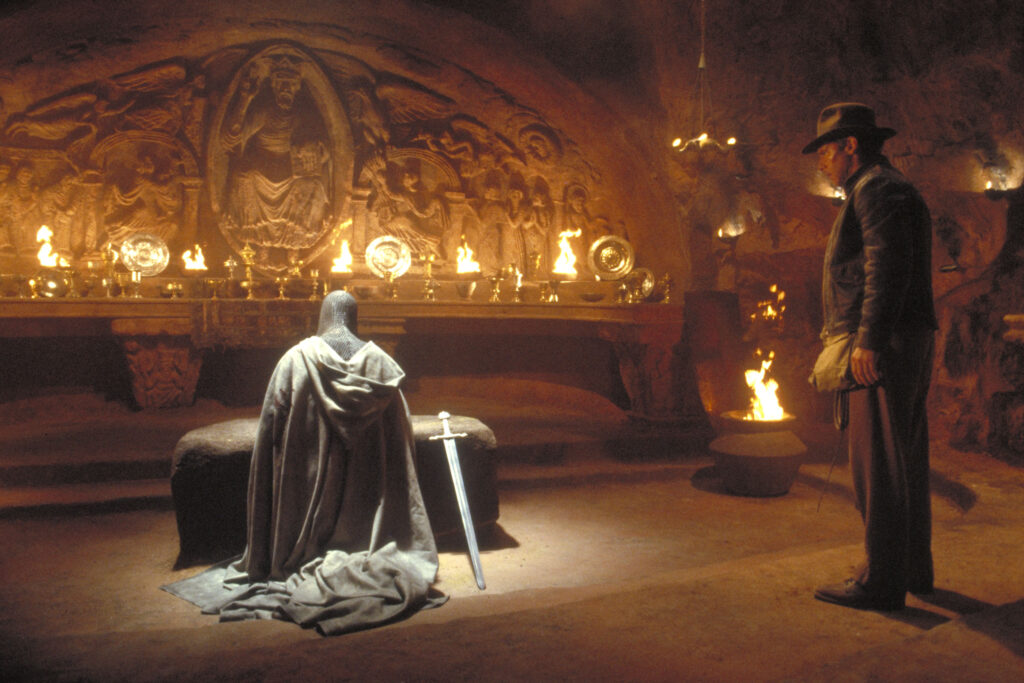 In Indiana Jones and The Last Crusade (1989), Jones nears completion of his latest quest. 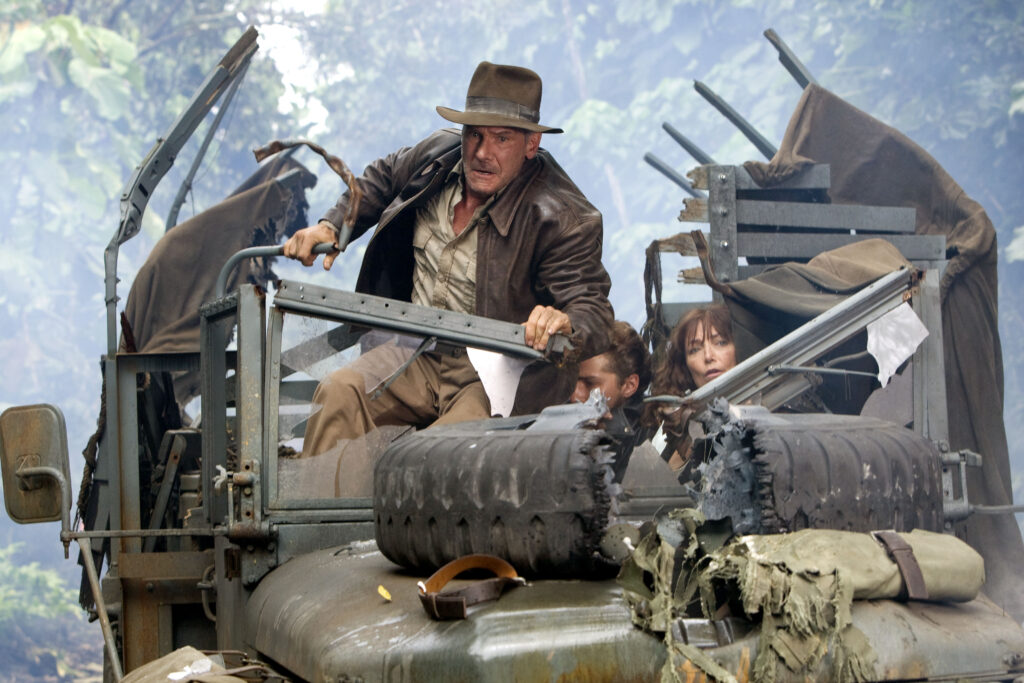 After a lengthy layoff, Ford (here with Shia Lebeouf and Karen Allen) returned to his signature character in Indiana Jones and The Kingdom Of The Crystal Skull (2008). 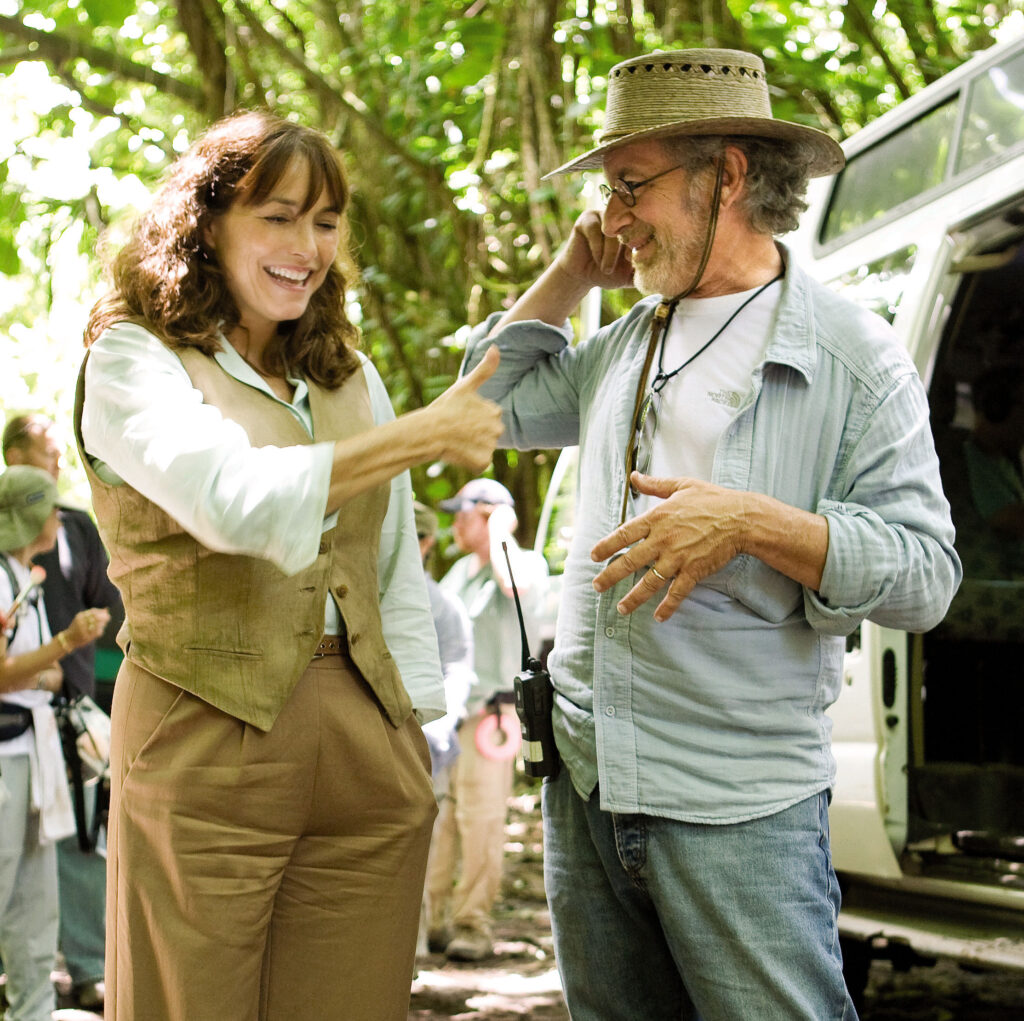 Karen Allen reprised her role of Marion Ravenwood for director Steven Spielberg in Indiana Jones and The Kingdom Of The Crystal Skull (2008). 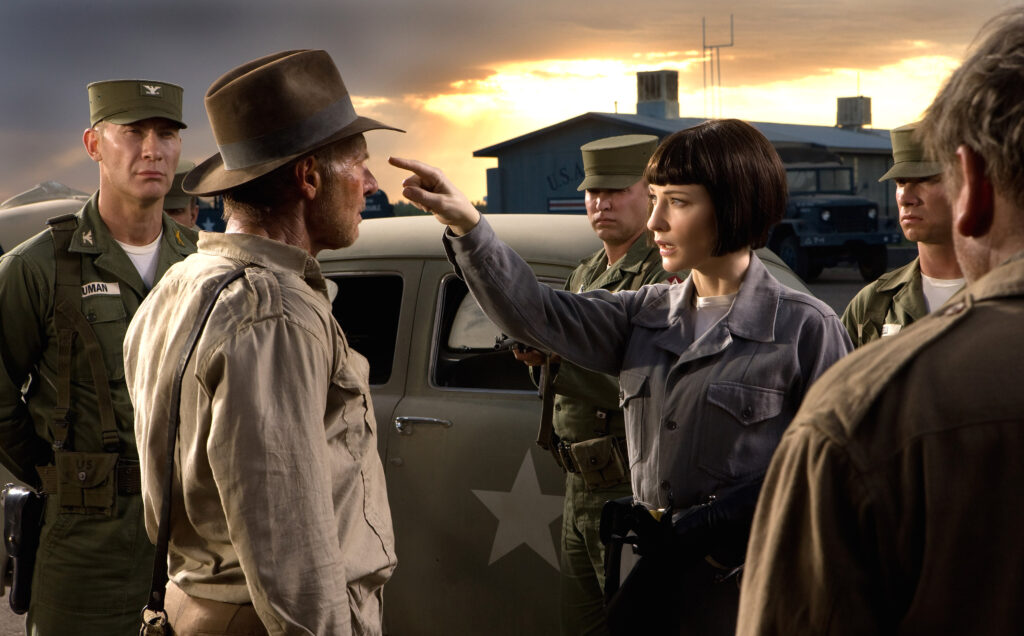 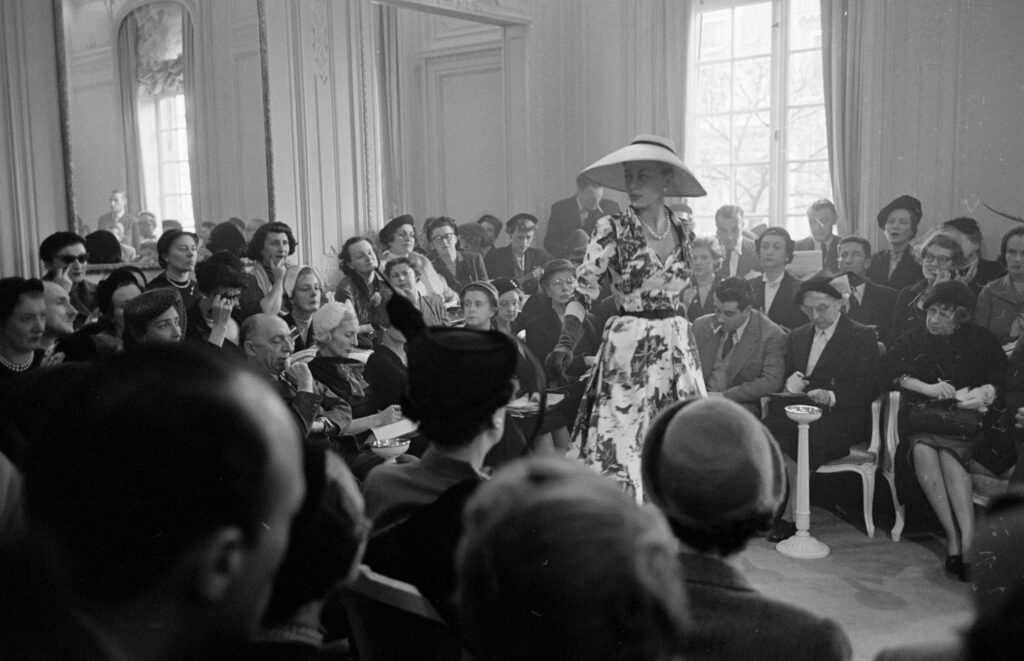