The following is adapted from LIFE’s special issue The Rolling Stones: Their Rock ‘N’ Roll Life.

Of the many things that Mick Jagger has said in public—aside, that is, from the lyrical improvisations and the onstage declarations he has made across more than 2,000 live performances over 59 years—among the more enduring is this bit of bravura from 1975: “I’d rather be dead than sing ‘Satisfaction’ when I’m 45,” he told People magazine. Jagger was 31, and he and the Rolling Stones had recorded the game changer 10 years before, in the early stages of a decade in which the band reframed the blues, the British Invasion and rock ’n’ roll itself.

The hubris of Mick’s comment, the implication that there were other worlds to be conquered and, more ominously, that the Stones might leave behind the world they had forged, struck the metaphorical chord. “(I Can’t Get No) Satisfaction” was the band’s axe-grinding soul: Keith Richards came up with the hook and the title while drifting to sleep one night and recorded it, bare bones, on a cassette player by his bed. Jagger later wrote the lyrics poolside at a Tampa hotel while the band was on tour. Add drums. Add bass. Book it at 3:45. When the song landed in America in June of ’65, it went to No. 1 and stayed there.

Jagger certainly was singing “Satisfaction” at age 45 (actually he’d just turned 46), snapping it out as a set-closer on the Stones’ bristling Steel Wheels tour in 1989. He was singing it onstage in 2015 as well, as a guest of Taylor Swift, who was born in 1989. Over the many years, Jagger’s “I’d rather be dead” pronouncement evolved away from arrogance and toward happy irony. In 2018, when Jagger and Richards both turned 75 and the Stones began a tour with dates in the U.K., there was “Satisfaction” on the set list—the predetermined final encore, the classic and quintessential rock ’n’ roll song.

Despite the portentous demise of guitarist Brian Jones in 1969 and the band’s historical fondness for hard drugs, despite the departure of backbone bassist Bill Wyman in the early ’90s, and despite the Keith-vs.-Mick feuds that have long dotted the landscape, time has remained improbably on the Rolling Stones’ side. Up until the moment of drummer Charlie Watts’s death, at 80, on Aug. 24, 2021, the band was not only still intact, it was still more or less doing what it had always done. Their 2016 album Blue & Lonesome, by way of example, is made up of covers of songs written by the same folks the Stones were covering 50-some years earlier—blues colossi like Willie Dixon and Howlin’ Wolf.

And of the 19 songs that anchored that 2018 tour, 17 of them were Jagger/Richards numbers composed during the 1960s and early 1970s, soul-lifters off of one monumental album after another (Beggars Banquet, Let It Bleed, Sticky Fingers . . .) Another song on the list was 1981’s “Start Me Up,” which, along with “Satisfaction” and “Jumpin’ Jack Flash,” hinges upon one of the Richards riffs that have burrowed unstoppably into auditory history. Keith, in 2018, was still out there on his Fender, after the sound. Mick remained glorious: preening and plaintive. Charlie Watts still drove the action, cool and swinging on his simple kit. And there was Ronnie Wood playing the tasty guitar. Ladies and gentlemen: the Rolling Stones.

They had aged by then, to be sure, and some fans grumbled about those U.K. shows. A ticket at 250 quid? Reviewers allowed that there were some imprecisions in the gigs, the occasional softened edge. Yet by and by the crowd and the critics could not help themselves. They’d been elevated. And they were acutely aware, as the old Stones ripped through the songs that will never die—“Sugar,” “Shelter,” “Sympathy”—that even now you could see and hear straight into their beating hearts. Straight into, yes, that’s right, wait for it, the greatest rock ’n’ roll band in the world. 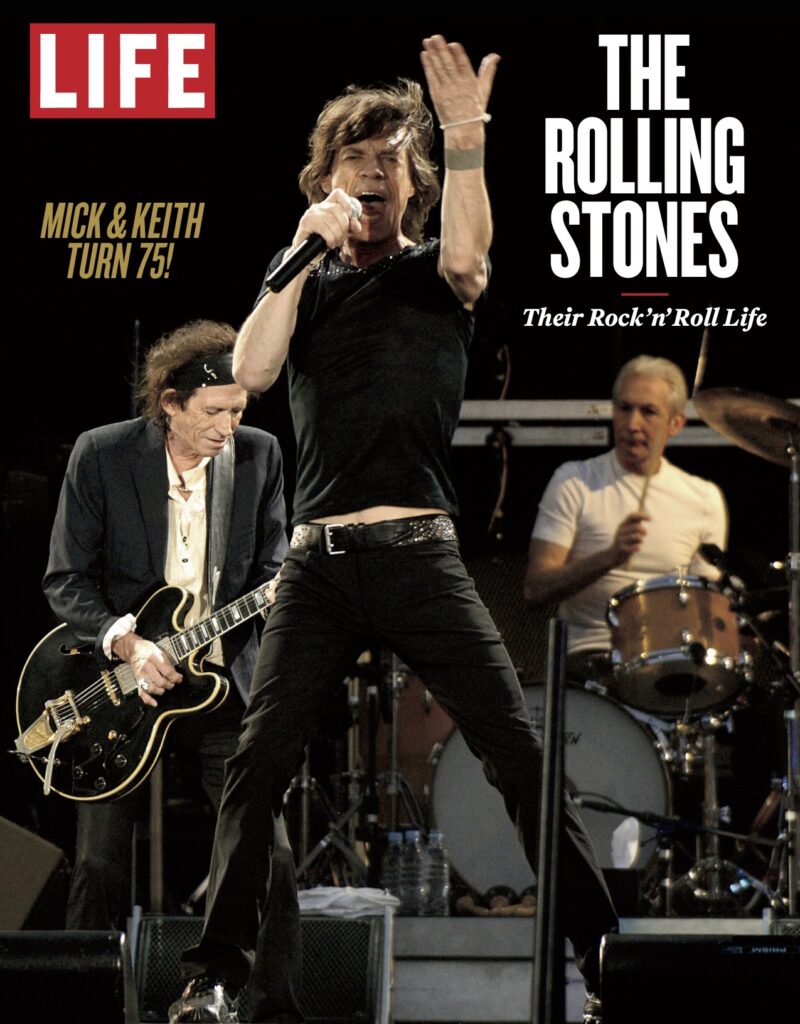 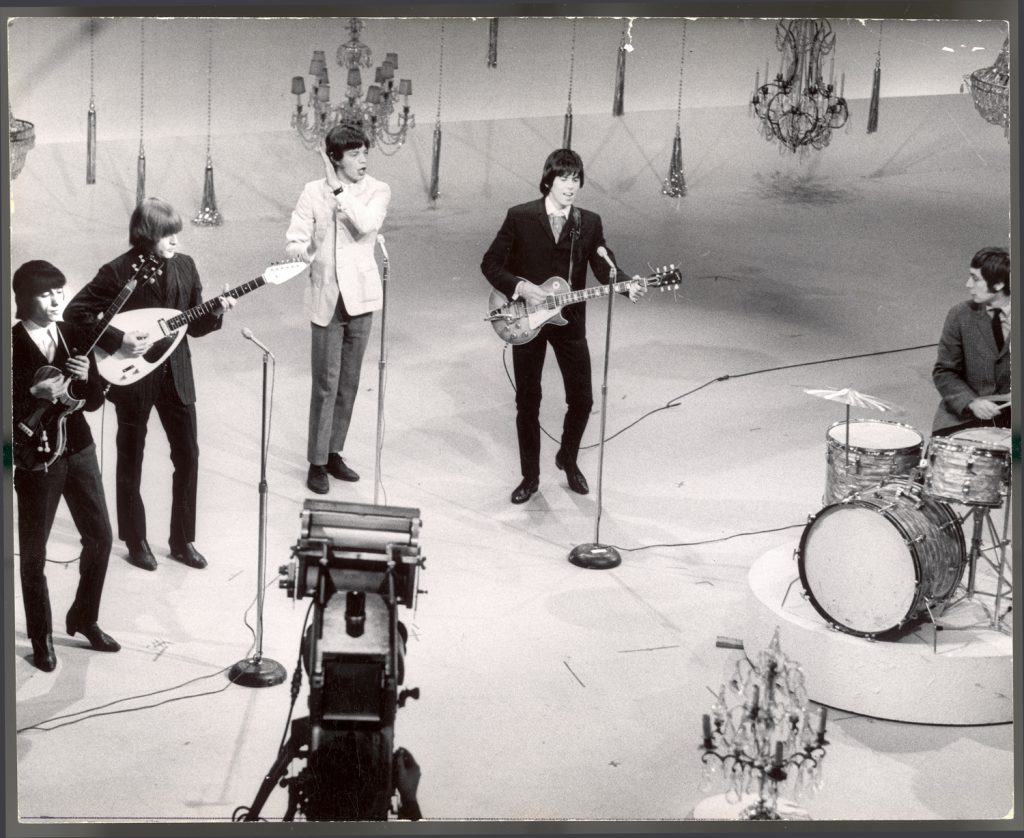 The Rolling Stones performed on The Ed Sullivan Show, 1965 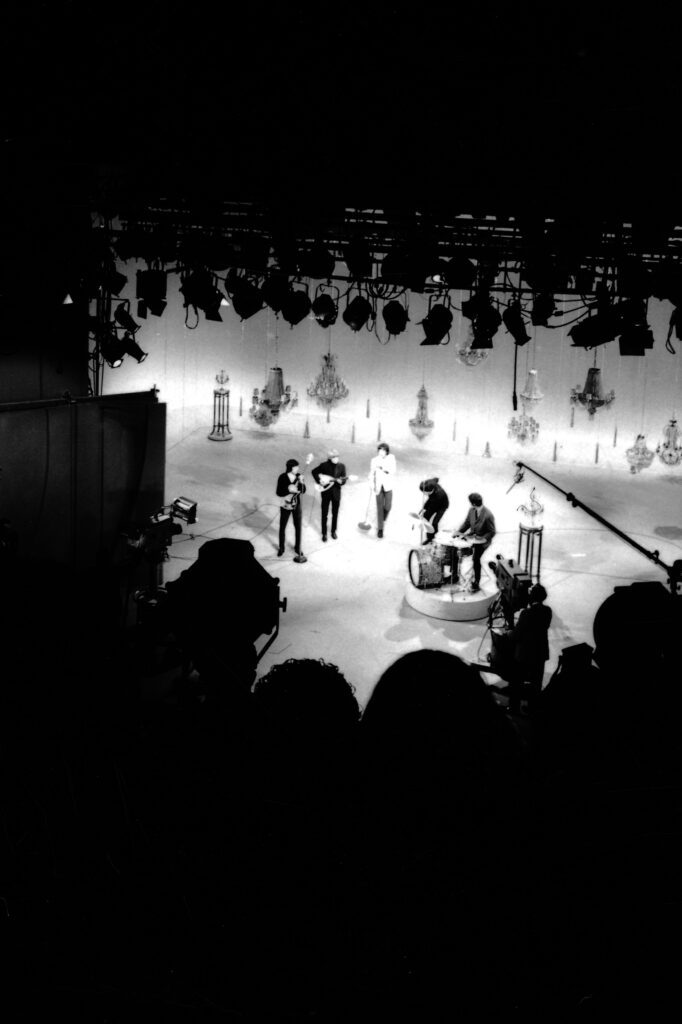 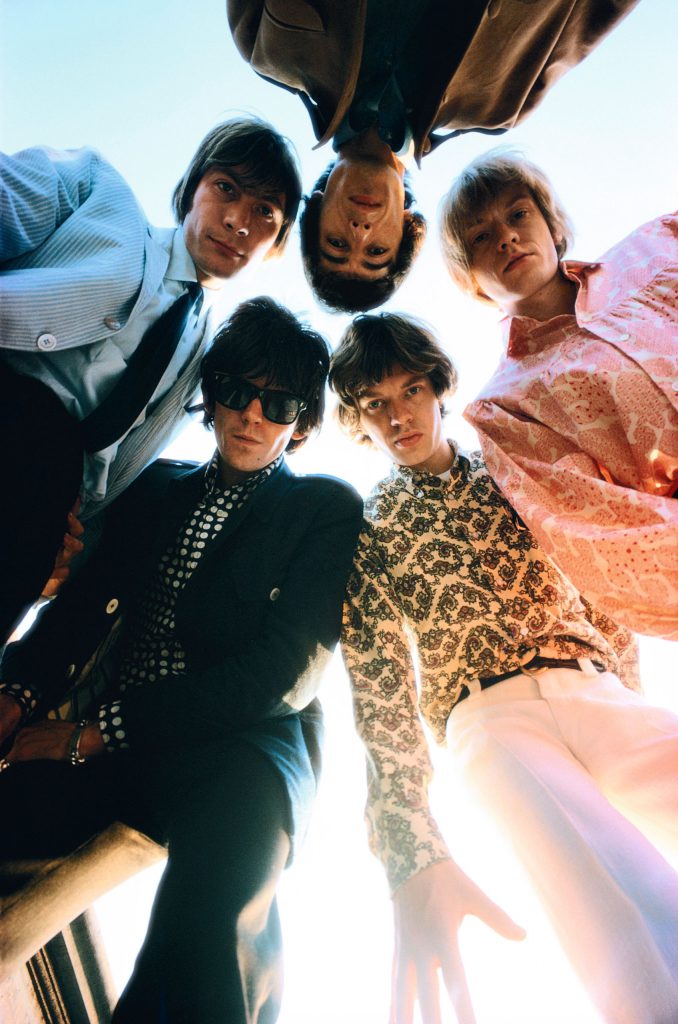