The following is from the introduction to LIFE’s brand new special tribute issue ABBA: Their Songs. Their Stories. Their Lives, available at newsstands and online.

At their 1996 reunion concert, punk pioneers the Sex Pistols wanted to poke fun at pointless pop. Before they took the stage at London’s Finsbury Park, ABBA’s “Dancing Queen” blasted out of the PA system.

By 1996, the ABBA phenomenon seemed long dead; once a guilty pleasure the world over, did the Swedish quartet’s catalog retain any cultural capital, or was it a frivolous relic of the disco age? Evidently, Sex Pistols front man Johnny Rotten thought “Dancing Queen”—coincidentally celebrating a 20th birthday alongside “Anarchy in the U.K.”—deserved to be mocked. But the aging punks and young hipsters in the crowd didn’t make fun of the song. They didn’t laugh or boo when they heard ABBA sing “You can dance, you can jive/Having the time of your life.” Instead, the audience sang along with delight.

Late South African president Nelson Mandela and Nirvana frontman Kurt Cobain named ABBA as favorites. And they’re not the only revered statesmen and grunge champs who have adored the pop stars. When Foo Fighters leader (and ex-Nirvana drummer) Dave Grohl first heard ABBA’s 2021 reunion single “I Still Have Faith in You,” he “wept like a baby” and offered to play drums with the band anytime. When Secretary of State Colin Powell passed away, a military band performed “Dancing Queen” at his funeral. Powell loved ABBA so dearly he once got down on one knee and serenaded the foreign minister of Sweden with “Mamma Mia.”

Frequently dismissed as disposable in the early 1970s, ABBA has become essential. The band outlasted antagonists (such as the Sex Pistols) and would-be peers (at one point, KC and the Sunshine Band was poised to be bigger than ABBA). The foursome built their enduring popularity on solid pillars, including shrewd marketing; practically inventing the music video; and Agnetha and Frida’s charm, style, beauty, and golden voices. But it was mostly the music.

ABBA aimed high. They wanted to perfect pop. The group took the innovations of the ’60s (the Ronettes’ harmonies, the Beach Boys’ elaborate arrangements, the Beatles’ studio experiments) and synthesized them with forward-looking trends (glam rock, funk, disco, rock opera). Thanks to the members’ unique histories and personalities, ABBA ended up perfecting pop by reinventing it.

No other band had ABBA’s strange formula. The two men wrote 95 percent of the songs but realized that their melodies improved exponentially when the two women intertwined their voices over them. The group mirrored the Scandinavian seasons by blending dark, brooding, minor-key verses (straight out of what Benny called the “melancholy belt”) with bright, blooming choruses.

“The thing is, you keep the good stuff,” Benny told LIFE. “And very often the good stuff seems to be a little of everything with a string of melancholy… You hear yourself play things over and over again. Most of the stuff goes into the garbage bin. Some of it stays, and it tends to include more than just fun and joy.”

“This kind of happy-sad, this jubilant melancholia, is something that is perhaps very Nordic,” Björn added. “I don’t hear that in Germany or America or the U.K. or France. But in Swedish folk music, definitely. And then there’s the ladies’ voices together. The way it sounds is jubilant. Whatever they sing, however sad the song is, they manage to sound uplifting.”

ABBA made pop with feeling and pop full of feelings, brimming with every emotion. The group mapped their wide emotional range on meticulously assembled songs such as “Dancing Queen” and “Mamma Mia,” “SOS” and “Take a Chance on Me.”

But using this wide range as a blueprint for hooks sharp enough to cut glass took a toll. The work played out over years of love and pain, fan frenzy and flops. The story of ABBA is the story of climbing towering peaks and tumbling down hills over and over again—across two marriages and four intertwined careers—and squeezing that glory and chaos into a pop-music revolution.

The following is a selection of photos from LIFE’s new special tribute issue ABBA: Their Songs. Their Story. Their Lives. 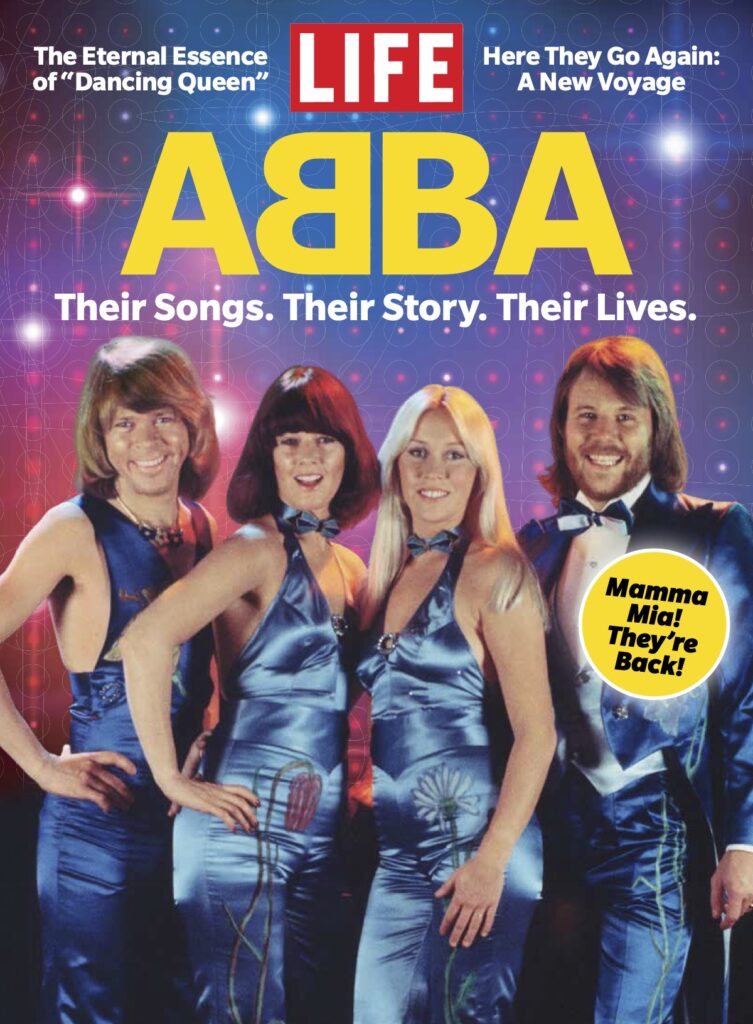 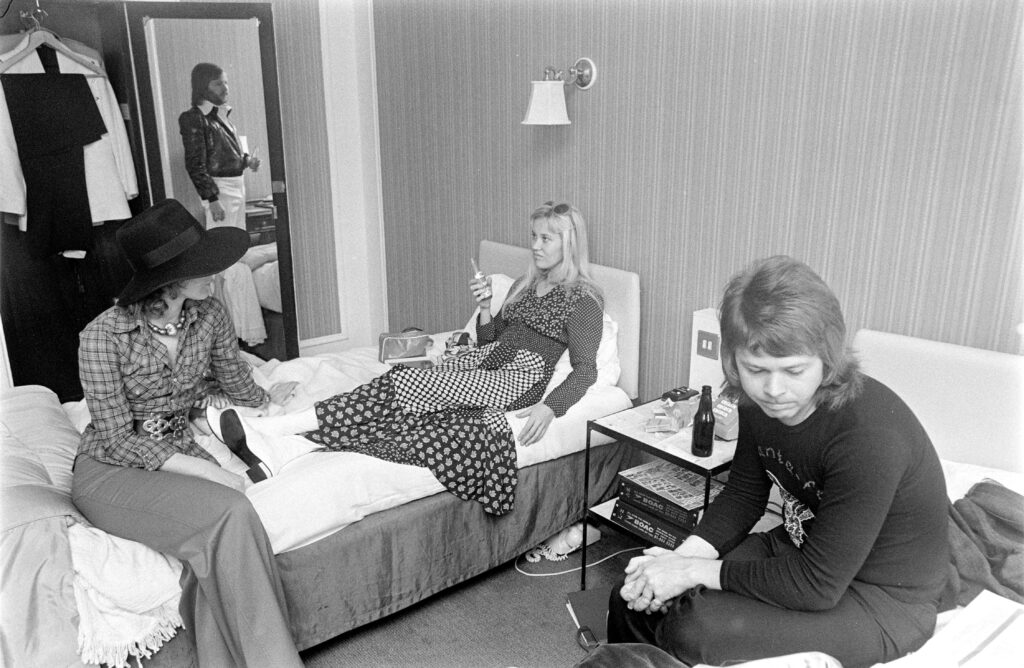 ABBA, after their star-making performance at Eurovision in 1974. From left Annifrid Lyngstad, Agnetha Fältskog and Björn Ulvaeus, with Benny Andersson in the mirror. 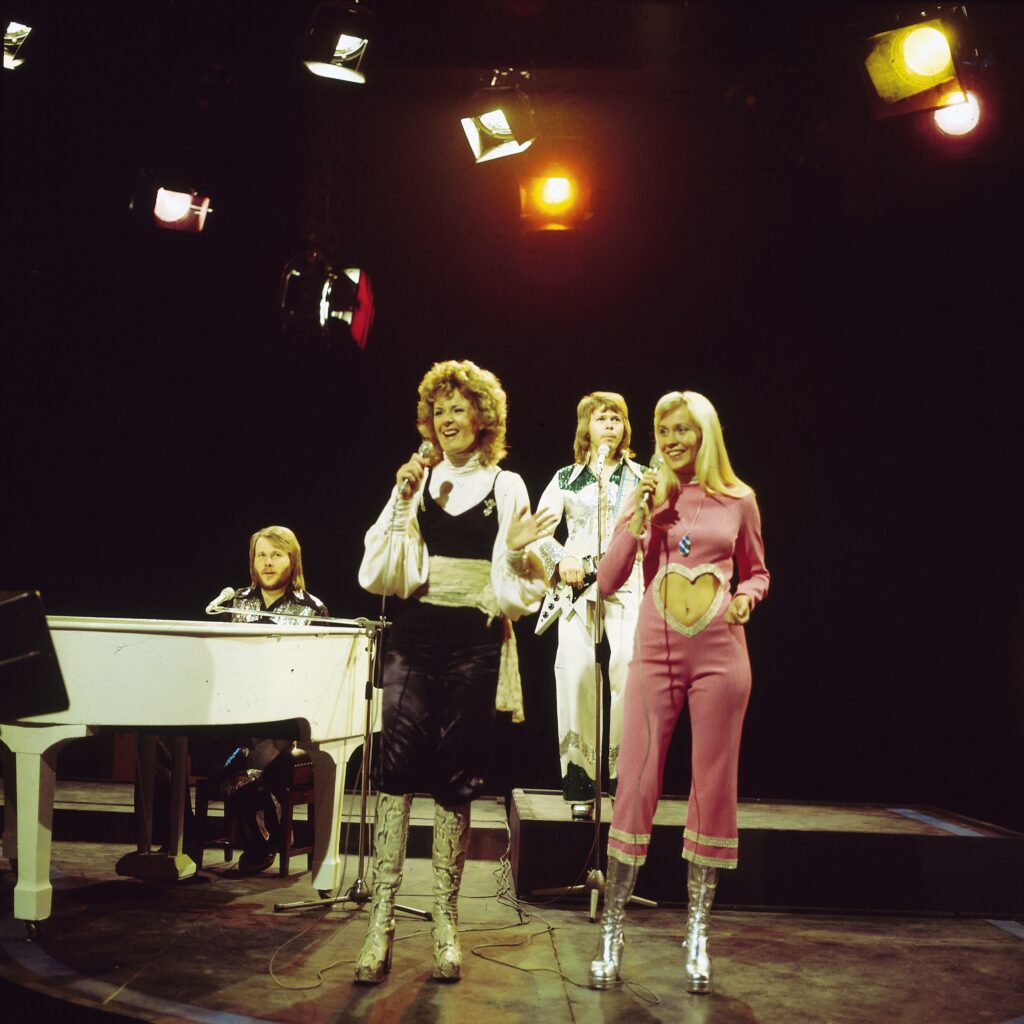 ABBA performed “Waterloo” on the British program Top of the Pops in 1974. From left to right: Benny Andersson, Anni-Frid Lyngstad, Bjorn Ulvaeus, and Agnetha Faltskog. 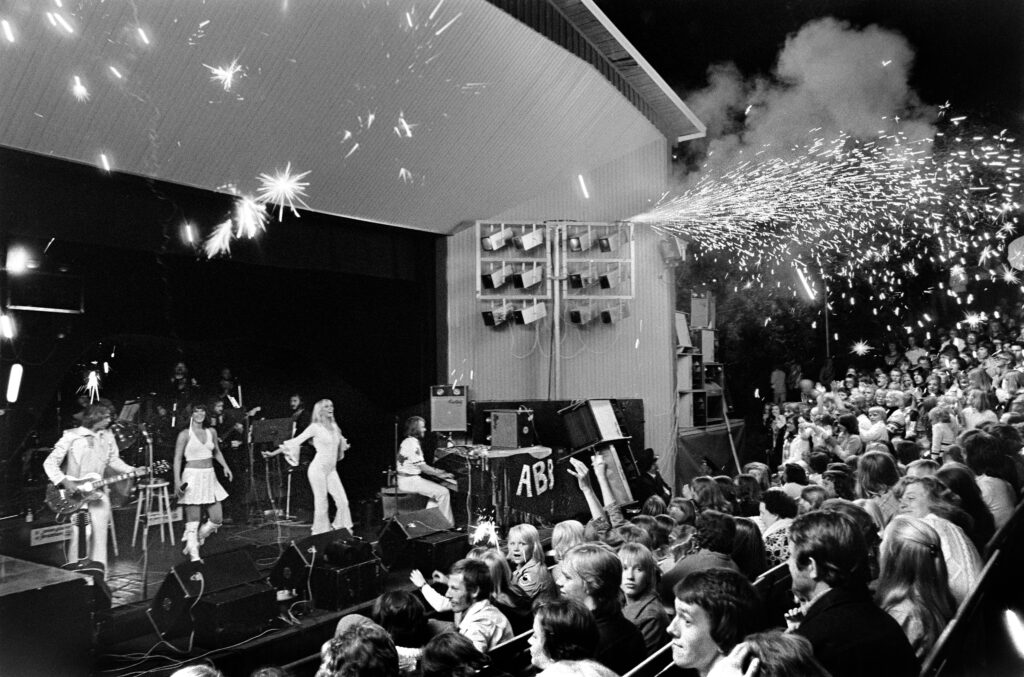 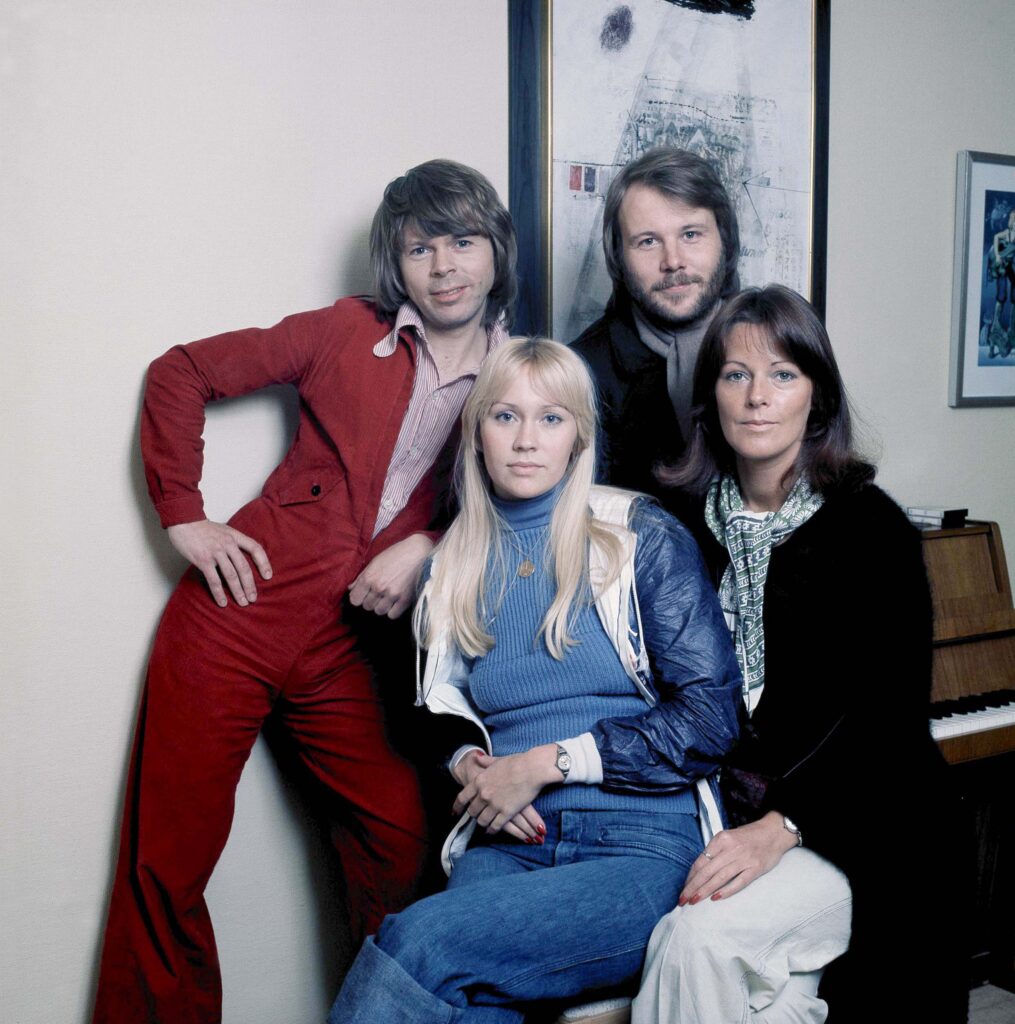 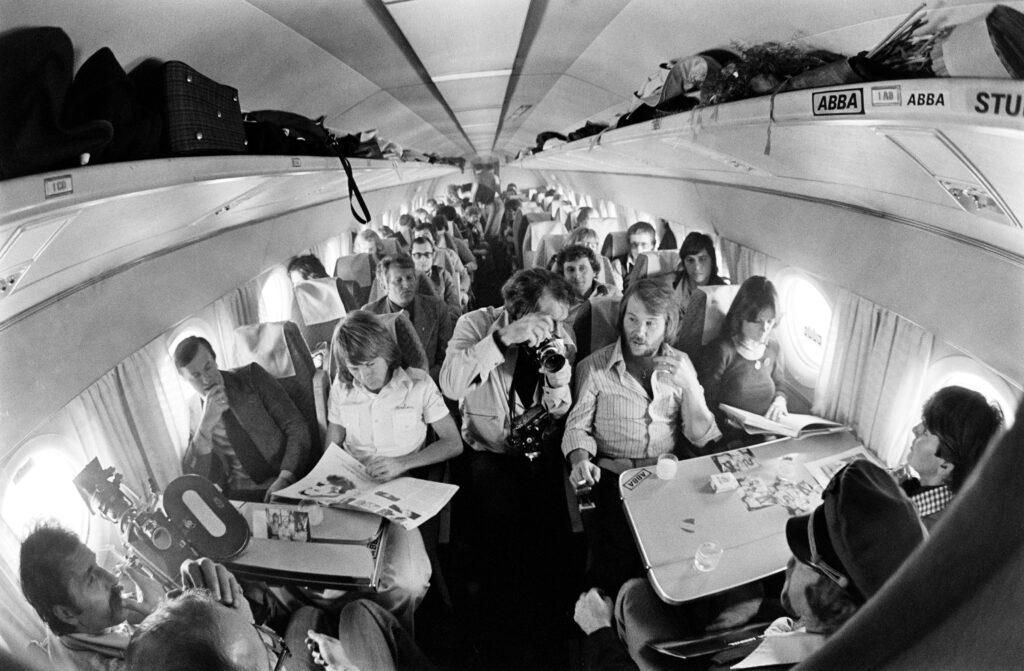 ABBA’s Bjorn Ulvaeus and Benny Andersson were surrounded by journalists during a flight to Warsaw in 1976. 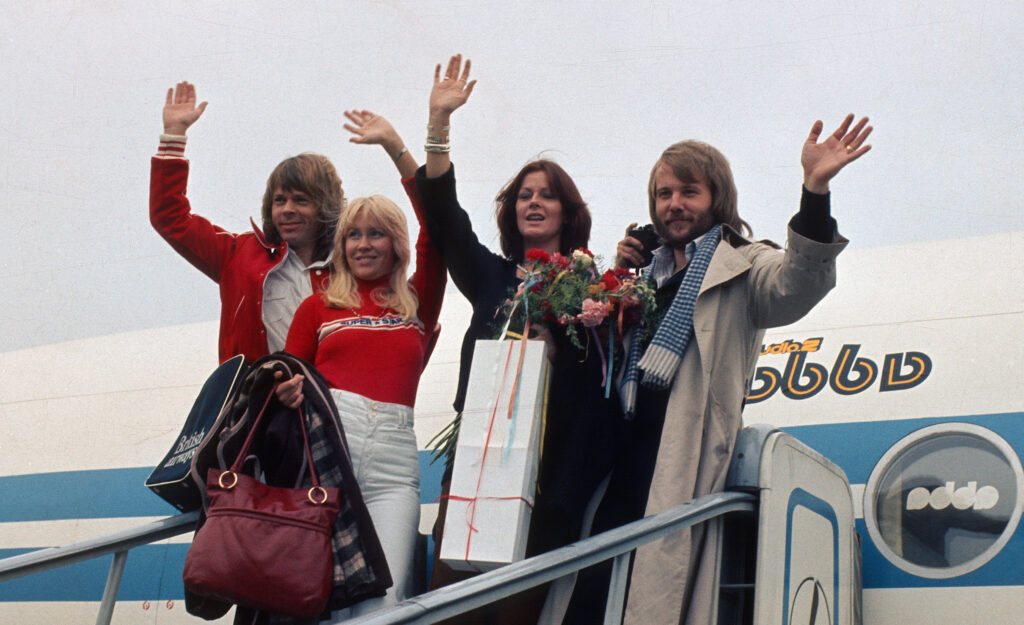 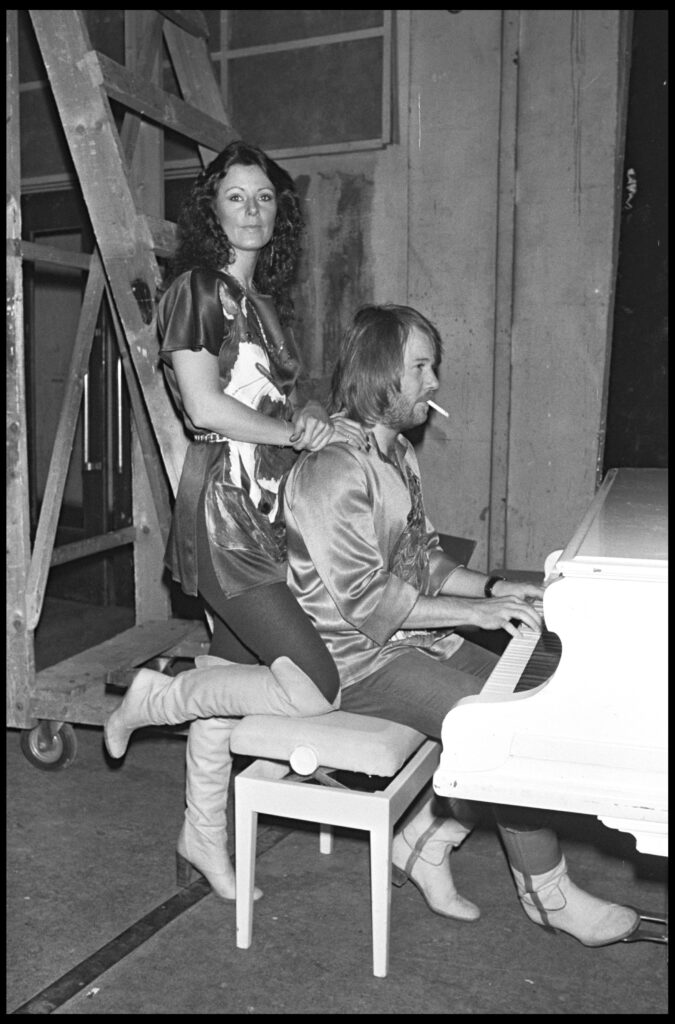 ABBA”s Benny Andersson and Anni Frid Lyngstad at a Paris television show in 1978. 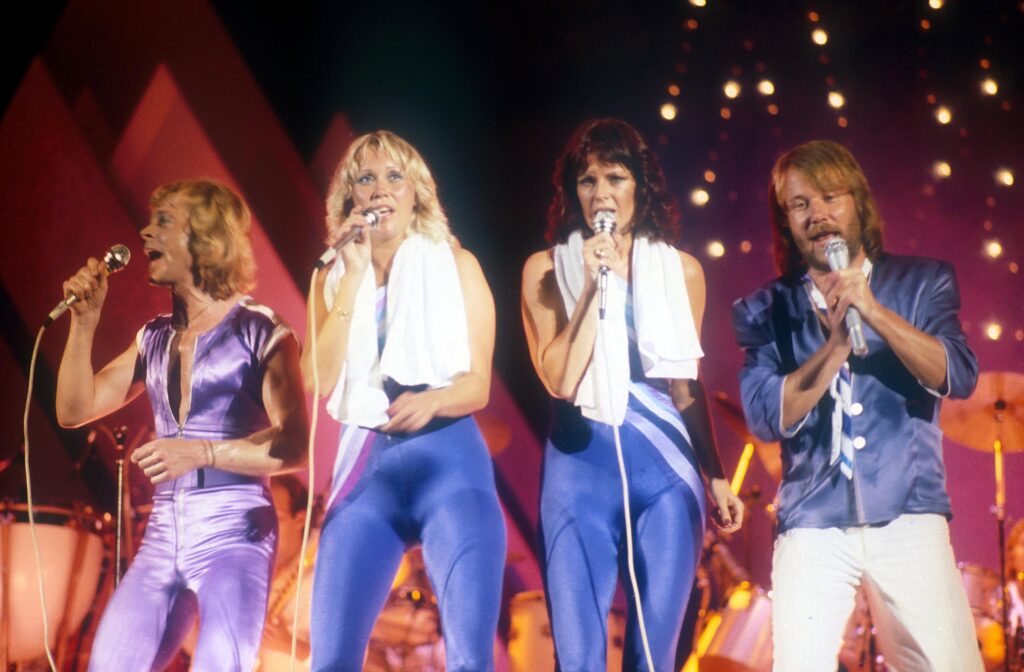 ABBA—Benny Andersson, Agnetha Faltskog, Anni-Frid Lyngstad and Bjorn Ulvaeus—performed in Edmonton, Canada on the opening night of a North American tour in September 1979. 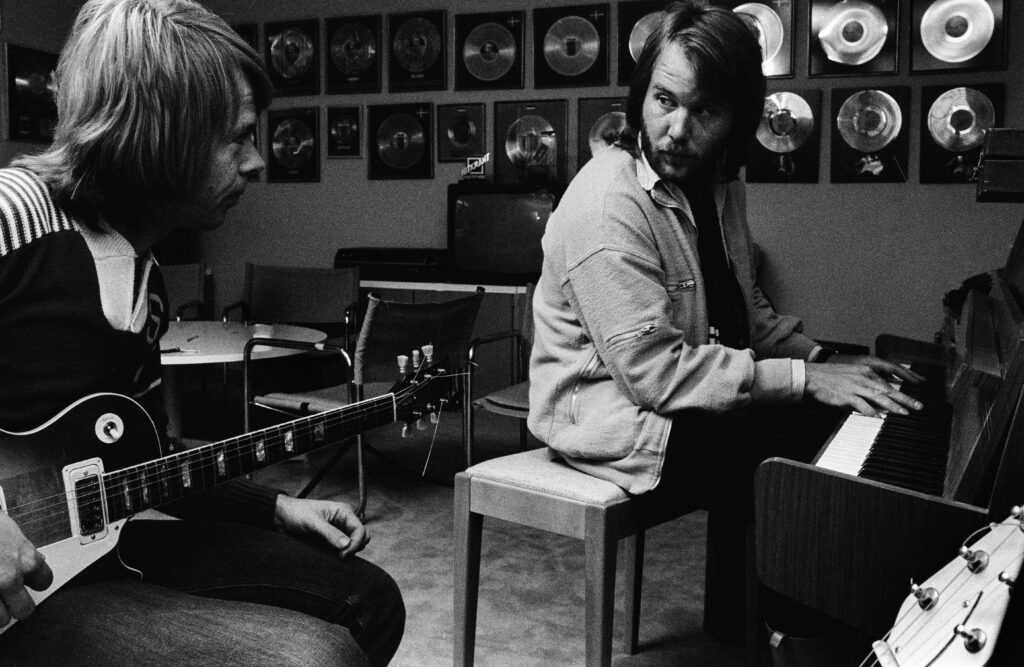 Bjorn Ulvaeus (left) and Benny Andersson of ABBA practiced in the studio that they co-founded, Polar Studios, Stockholm, Sweden, July 1977. 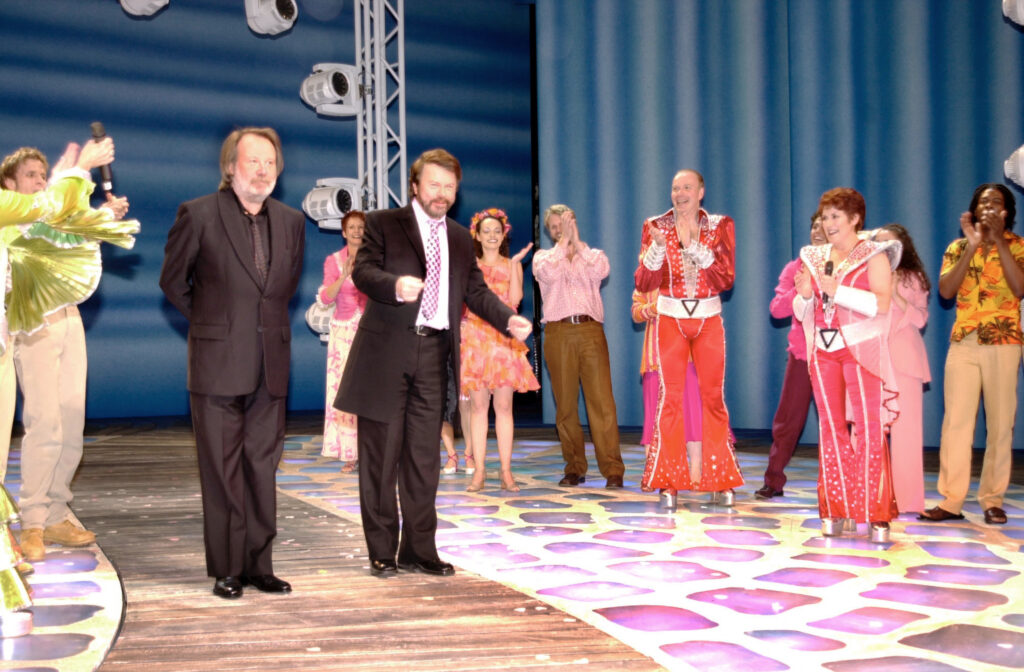 Bjorn Ulvaeus and Benny Andersson of ABBA took a bow at the premiere of the musical ”Mamma Mia” on October 18, 2001 in New York. 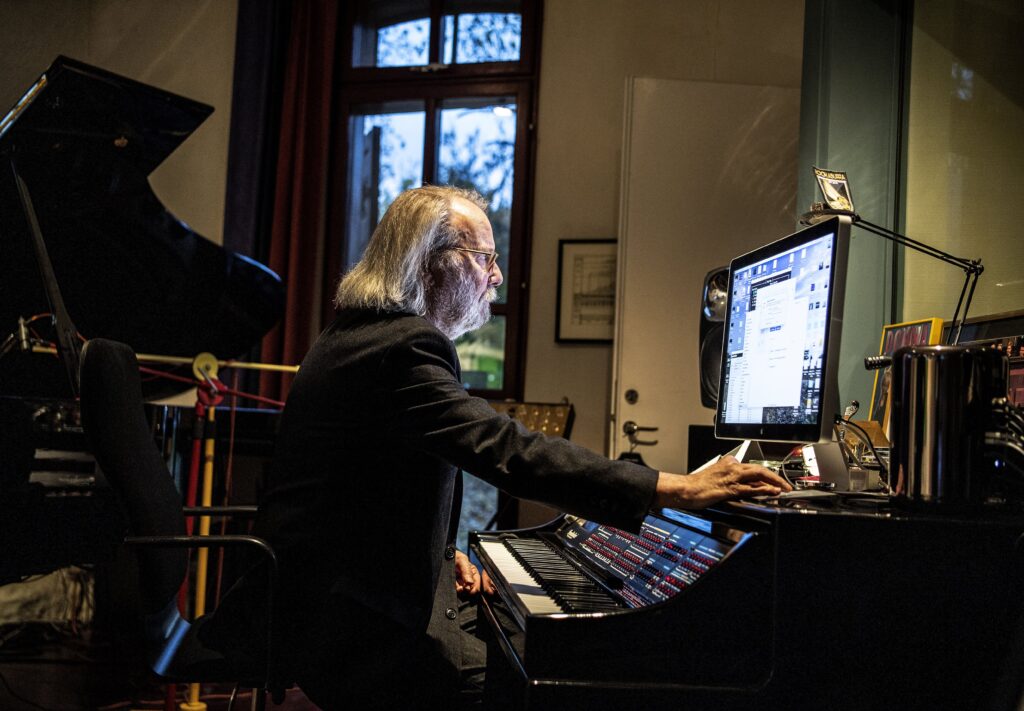 Benny Andersson posed for a photoshoot on Oct. 20, 2021 in advance of the release of the new ABBA album Voyage.