The following is from LIFE’s new special issue M*A*S*H: TV’s Most Extraordinary Comedy, available at newsstands and online:

Each episode of M*A*S*H begins with the sound of an acoustic guitar, a B-minor chord strummed even before the first image appears. The subsequent theme song—and the opening images—have been in our heads for nearly half a century now: the back of Radar O’Reilly’s cap as he gazes up at the helicopters soaring in across the foothills; the names of principal cast members yellow-stenciled over the red-crossed rooftops of a tent city strung with loudspeakers; and, finally, the 4077th Mobile Army Surgical Hospital, whose acronym has been familiar for more than 50 years, since the 1970 release of the film M*A*S*H, (which featured Sally Kellerman, who died on February 24, 2022, in the role of Margaret “Hot Lips” O’Houlihan) which two years later spawned the TV adaptation of the same name. The series endured for 11 seasons and concluded with the most-viewed episodic television event in history.

The theme song’s indelible melody was composed by Johnny Mandel, who wrote “The Shadow of Your Smile,” a song recorded by Frank Sinatra. But this tune, “Suicide Is Painless,” is his best-known work. He originally wrote it for the movie, which was drawn from a 1968 novel set during the Korean War, though it soon came to represent the Vietnam conflict, too, and the madness of war more broadly.

Thanks to the ongoing syndication of the television series, M*A*S*H has come to be viewed through a universal scrim of mosquito netting, a khaki-colored landscape of every war, with the olive drab wardrobe inevitably giving way to the olive-infused martinis. “Everything is painted green,” observes Benjamin Franklin “Hawkeye” Pierce, the hospital’s chief surgeon, played in the series by Alan Alda. “The clothes are green, the food is green—except the vegetables, of course. The only thing that’s not green is the blood.”

The helicopters, of course, were Army green, and the whap-whap of their rotors echoed the rhythmic rat-a-tat of the rapid-fire dialogue, which owed a debt to Groucho Marx, a hero of Larry Gelbart’s, the show’s cocreator and most renowned writer. Gelbart was the bard of Incheon. He made Hawkeye the king of the snappy comeback.

Is that an incoming mortar? “The mortar merrier,” Hawkeye says. Should they toast fellow surgeon Frank Burns? “He won’t fit in the toaster,” Hawkeye exclaims. In the television iteration of M*A*S*H, Hawkeye channels a peacenik Groucho when he says: “I’ll carry your books, I’ll carry a torch, I’ll carry a tune, I’ll carry on, carry over, carry forward, Cary Grant, cash-and-carry, ‘Carry Me Back to Old Virginny,’ I’ll even hari-kari if you show me how, but I will not carry a gun.”

There was other Marxist dialogue as well—Karl Marx, in this instance, not Groucho—for M*A*S*H was often tackling big ideas, though the lofty elements were almost always leavened by low comedy. As Corporal Max Klinger (Jamie Farr), in his never-ending bid to be discharged, tells his commanding officer Lieutenant Colonel Henry Blake (McLean Stevenson), “Sir, I have to confess: I’m a communist—an atheistic, Marxist, card-carrying, uh . . .”

The umbrage Hawkeye took, combined with the comedy he used as a coping mechanism, conspired to make M*A*S*H a chronicle of war not unlike The Iliad, every bit as epic in scope and timeless in theme. M*A*S*H was set in the 1950s, conceived in the 1960s, debuted in cinemas and on TV in the 1970s, and concluded, before an audience of more than 100 million people, in the 1980s. In the decades since, it has run in syndication without pause, making M*A*S*H—including the best-selling book in 1968 and the Oscar-winning movie in 1970—an indelible fixture in American popular culture. “Now that it’s off, it’s on more than ever,” Gelbart quipped in his introduction to the The Complete Book of M*A*S*H, published a year after the show ended.

Before M*A*S*H, television comedies set in the military had been laugh-tracked diversions from war, not reflections on its true nature: McHale’s Navy; Gomer Pyle, U.S.M.C.;and The Phil Silvers Show (popularly known as “Sgt. Bilko”) were comforting. Television’s longest-running reflection on World War II was Hogan’s Heroes, set in a grim German prisoner of war camp yet played for guffaws.

The 251 episodes of M*A*S*H spanned 11 seasons, which was eight years longer than the Korean War. When it concluded its initial run, an English professor at Clemson University calculated that the 94.9 hours of episodes—excluding credits and commercials—were nearly the same length of time required to watch the complete works of Shakespeare. One could quibble with the exact math, but one thing is certain: The appeal of M*A*S*H was its Shakespearean melding of drama and humor, high and low, heavy and light. The series embraced timeless themes of love, death, joy, tragedy, war, sex, and booze. Or as Hawkeye once put it: “Our motto is life, liberty, and the pursuit of happy hour.”

The doctors of the 4077th were understandably thirsty, charged as they were with a soul-numbing task: sewing up wounded soldiers and sending them back to the front to fight again. “All their efforts were futile in a way, in that their project, their duty, [and] their obligation is to heal wounds, put people back together again, in the middle of an overall effort, which is to destroy life,” producer Gene Reynolds, who died at age 96 in 2020, told the Oral History archivists at the Television Academy Foundation. “The absurdity, the drollness, the futility of their putting bodies back together again, and the overall effort is to destroy them. It’s existential.”

That absurdity—restoring human life so that it might be destroyed—was a catch-22, and M*A*S*H owed a debt to the Joseph Heller novel that spawned the term, in which insanity was proof of sanity. It also paid homage to George Orwell’s Nineteen Eighty-Four, with its recurring slogan, “War Is Peace.” The conundrum faced every week by the show’s surgeons, and the injured soldiers who passed through their operating theater, resonated with much of the American public when the show made its debut on CBS in 1972, while the United States was hoping to broker a settlement in Vietnam by bombing the North Vietnamese.

By the time the sets of M*A*S*H were struck from the lots in 1983 and re-assembled in the Smithsonian National Museum of American History, the Vietnam War was long over, but more conflicts were to come. Alan Alda noted that the series was unfortunately evergreen, because war was likewise timeless. “As M*A*S*H goes into reruns,” Alda noted, “the Vietnam War is going into reruns, too.” That same year, 1983, the U.S. invaded the island nation of Grenada. Meanwhile, 241 U.S. Marines and military personnel died when their barracks were bombed in Beirut.

M*A*S*H achieved something remarkable: It was of its time, yet it remains relevant for all time. “Wherever they come from,” Hawkeye once said of the casualties on his operating table, “they’ll never run out.” And so M*A*S*H has stayed ever vital. It will—to paraphrase Hawkeye—carry on, carry over, carry forward.

Here is a selection of photos from LIFE’s new special issue M*A*S*H: TV’s Most Extraordinary Comedy. 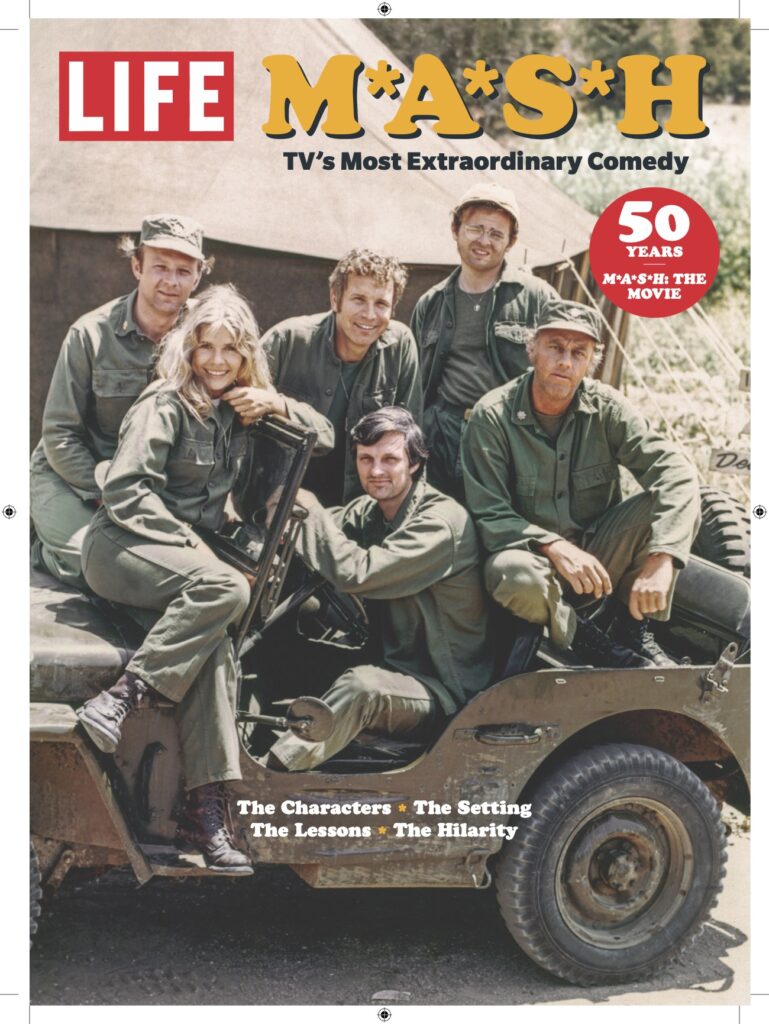 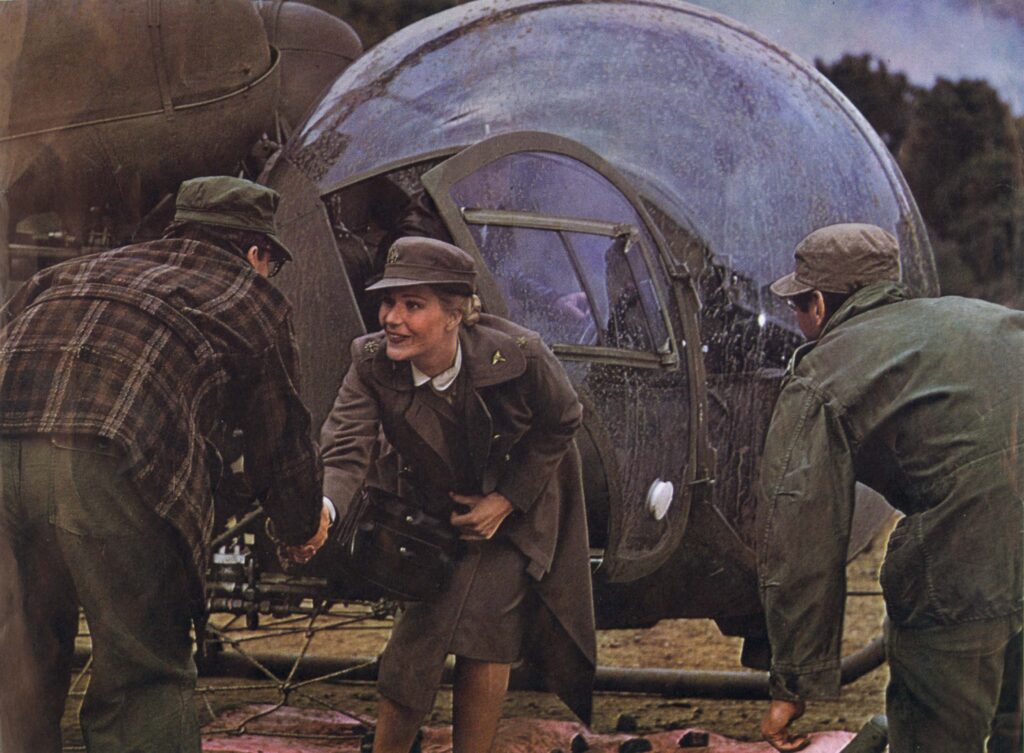 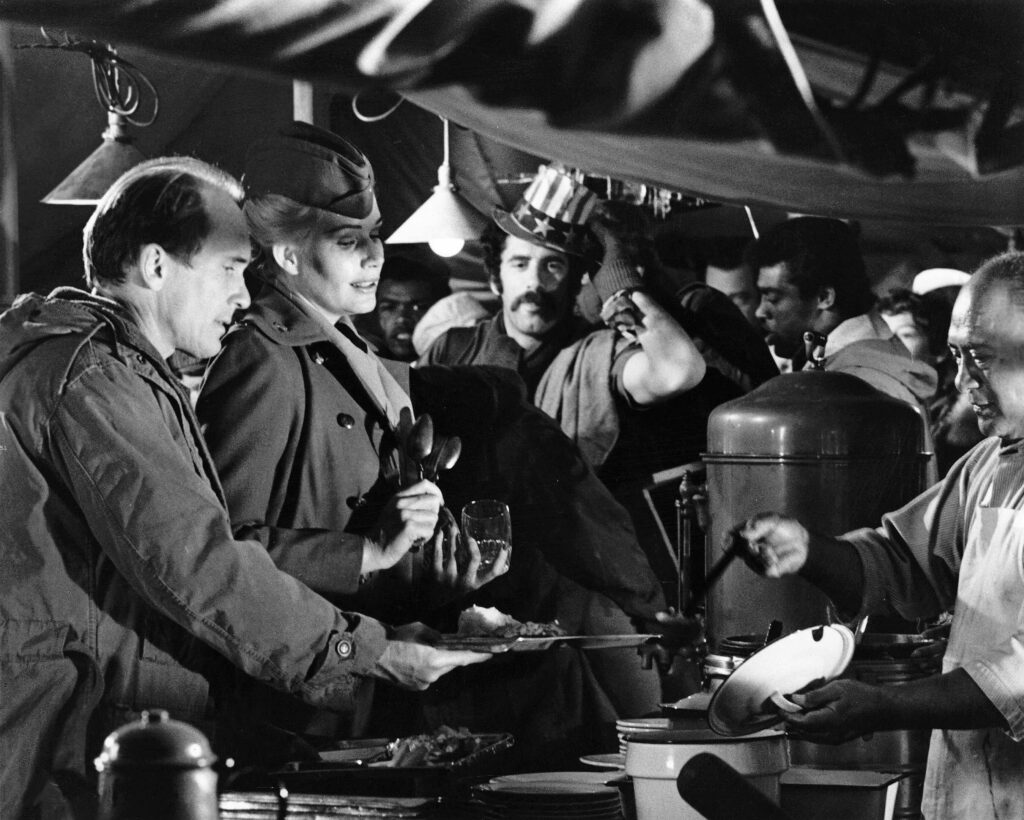 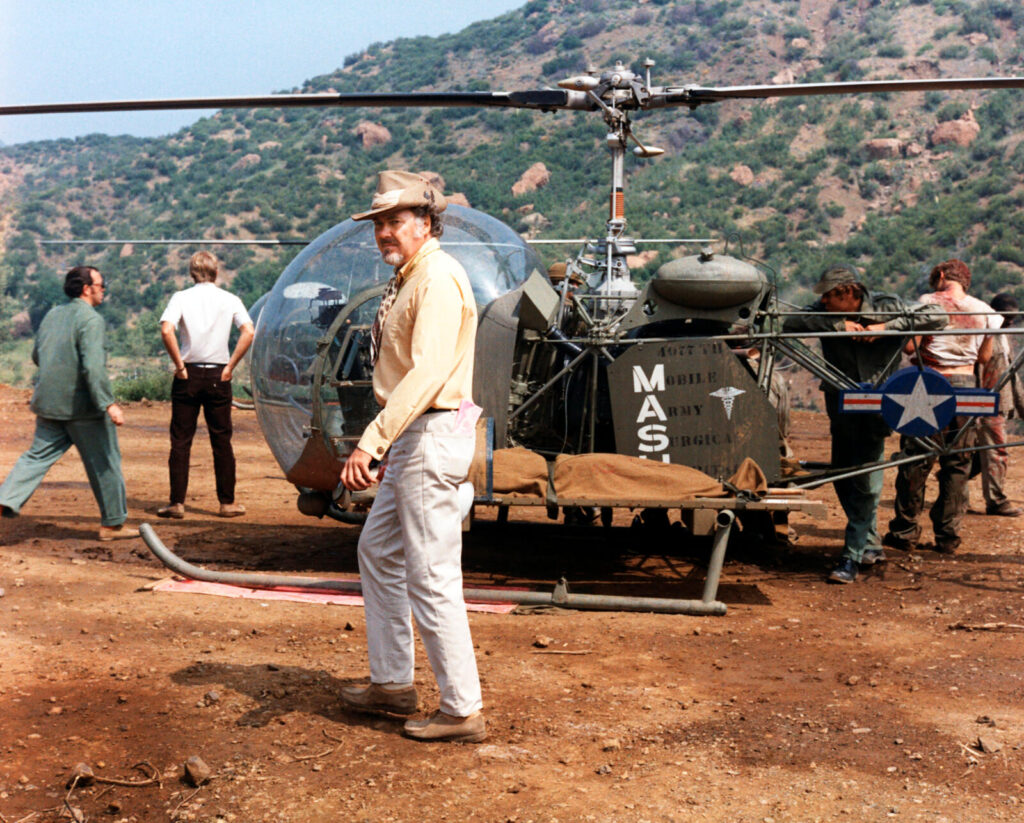 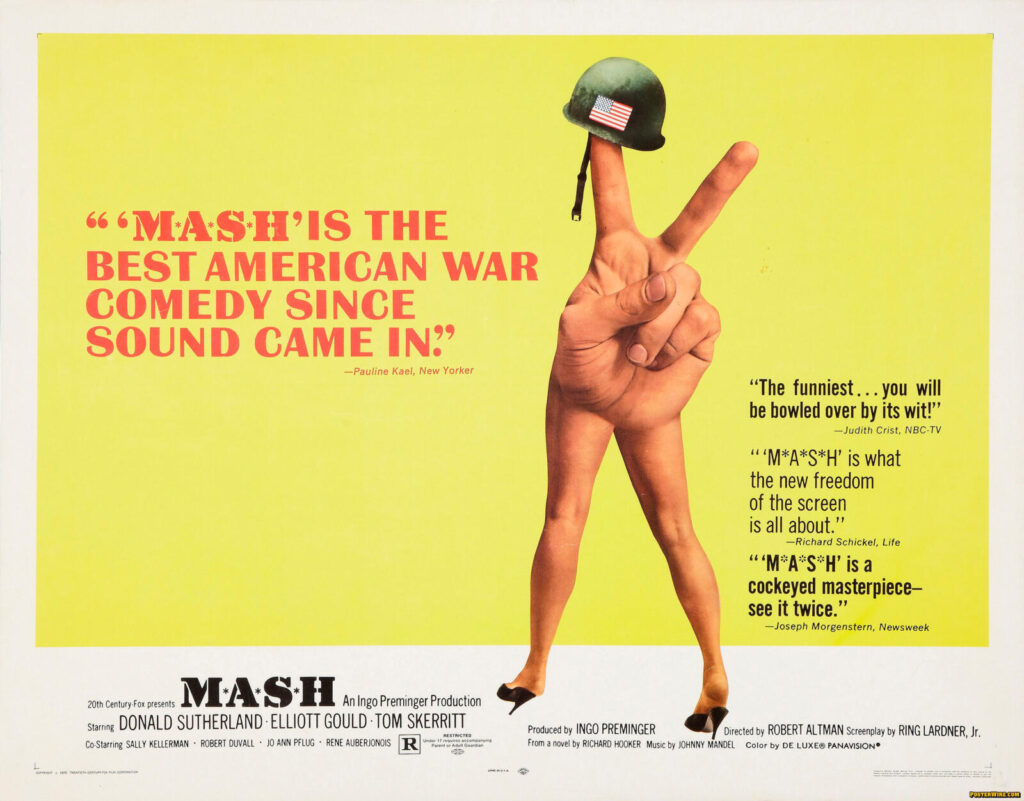 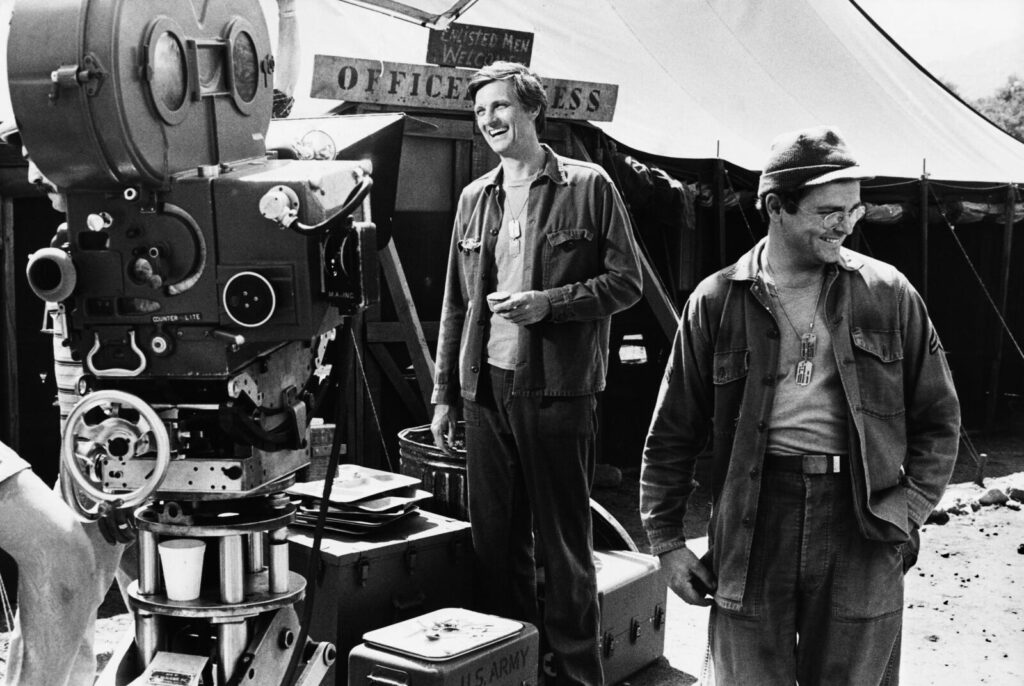 The television version of M*A*S*H starred Alan Alda as Hawkeye Pierce and featured Gary Burghoff, the lone carryover from the cast of the film, as Radar O’Reilly. 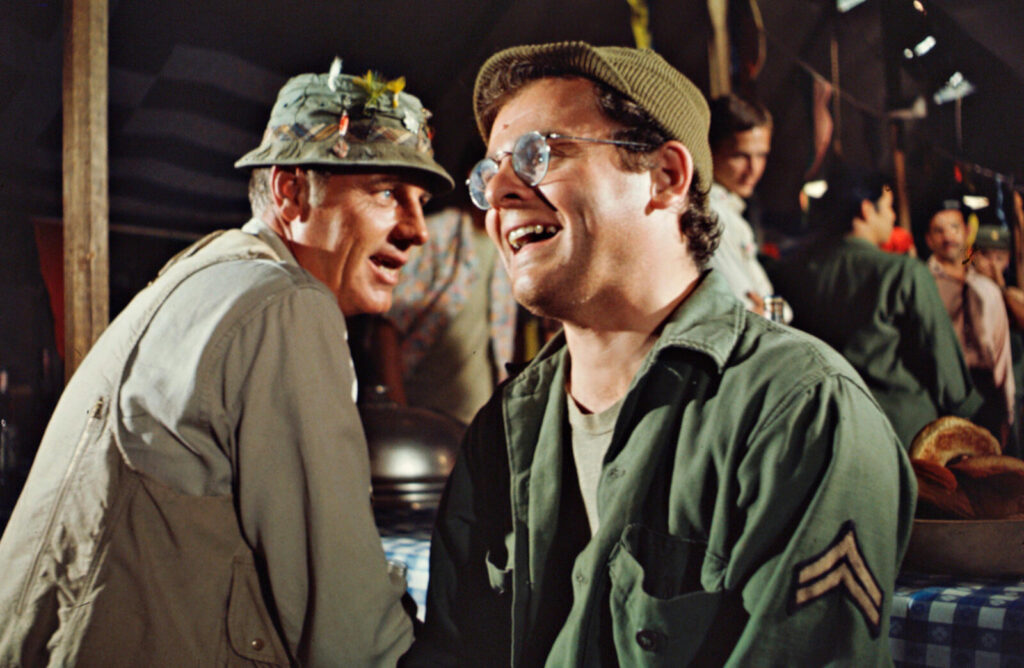 Radar (Gary Burgoff) laughed with Lt. Col. Henry Blake (left, played by McLean Stevenson, who left M*A*S*H after the third of its 11 seasons). 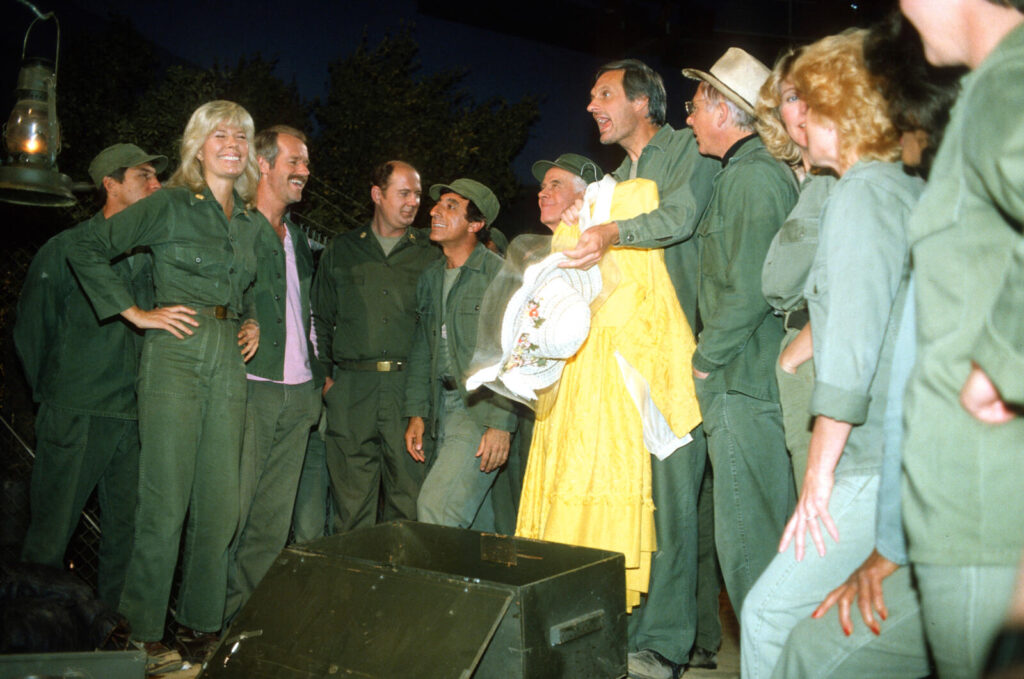 Behind the scenes at the filming of the final episode of M*A*S*H, which aired in 1983, the cast buried a time capsule. “Rather than leaving a time capsule in Korea, we should leave one on the lot,” said Jamie Farr (fifth from left), who played Cpl. Max Klinger. “We found a great place near the commissary.” 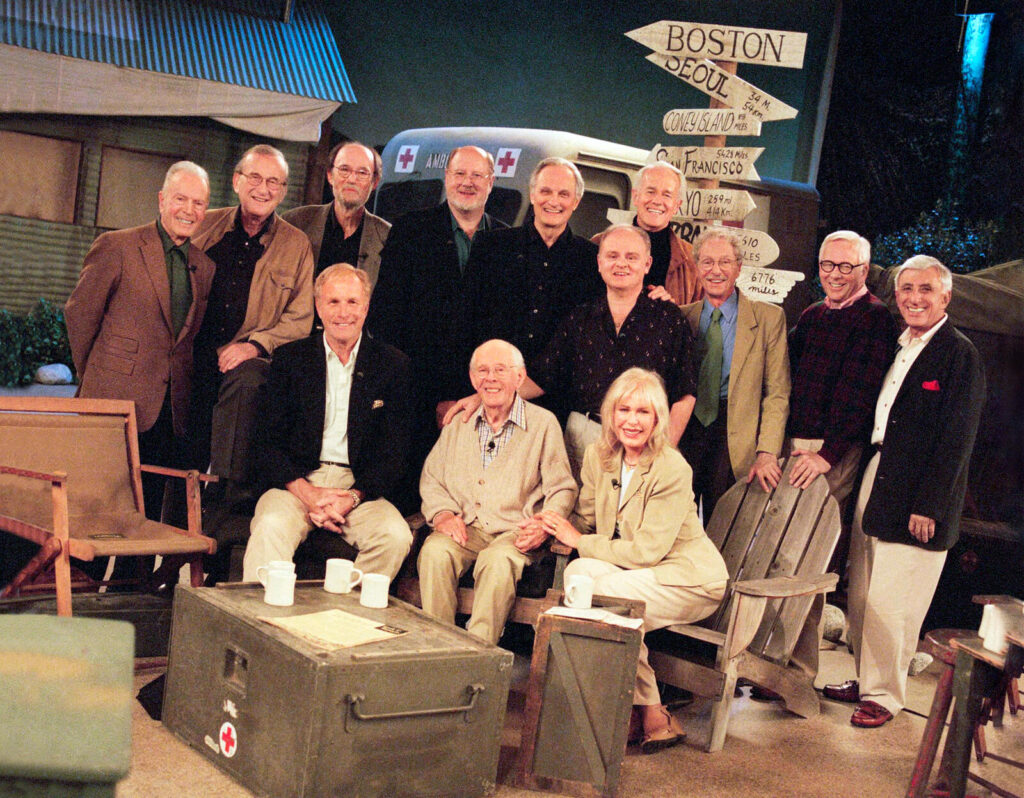 The surviving cast and creators of M*A*S*H gathered in 2002 to celebrate the show’s 30th anniversary.