Basil Rathbone played Sherlock Holmes and Nigel Bruce was Dr. Watson in the 1939 film The Hound of the Baskervilles.

The following is from LIFE’s new special tribute issue Sherlock Holmes: The Story Behind the World’s Greatest Detective, available in stores and online:

“I get many letters from all over the country about Sherlock Holmes,” the detective’s creator, Sir Arthur Conan Doyle, once said. “One letter actually contained a request for portraits of Sherlock at different periods of his life.” Other fans requested autographs—from Holmes, not Doyle.

No literary character has blurred the line between reality and fiction more than Sherlock Holmes—and not just because readers continue to believe that he’s real. In the 56 stories and four novels that began with 1887’s A Study in Scarlet, Holmes became one of the first detectives (fictional or otherwise) to use chemistry, toxicology, blood stains, and ballistics to solve crimes—all of which contributed to real-life advances in criminology. In 1910, Holmes inspired a pioneer of modern forensic science, Edmond Locard, to build the world’s first crime lab—23 years after Doyle simply invented one.

In her book Mastermind, psychologist Maria Konnikova uses neuroscience and psychology to show how Holmes’s methodologies can help our brains develop. And the detective’s emphasis on simplicity can help modern doctors who feel overwhelmed by new technical information, according to the journal Medical Humanities. “It is of the highest importance in the art of detection to be able to recognize, out of a number of facts, which are incidental and which vital,” the journal quotes Holmes. “Otherwise your energy and attention must be dissipated instead of being concentrated.”

But Holmes’s real-world relevance exists only because his fictional world seems so, well, real—despite its abundance of delightful absurdities. (A phony hellhound! A blowgunwielding dwarf! A priceless gem hidden in a Christmas goose!) The stories’ heady mix of rationality and gee-whizzery, of credulity and skepticism, is also reflected in the wildly disparate lives of the character and his creator. “The world is big enough for us,” Holmes said. “No ghost need apply.” But Doyle himself believed in ghosts—not to mention fairies.

In LIFE’s special issue on the power of Doyle’s creation, you’ll find the stories of these two men: one of them real, the other realer than real—both of them immortal.

Here are a selection of photos from LIFE’s new special issue, Sherlock Holmes: The Story Behind the World’s Greatest Detective. 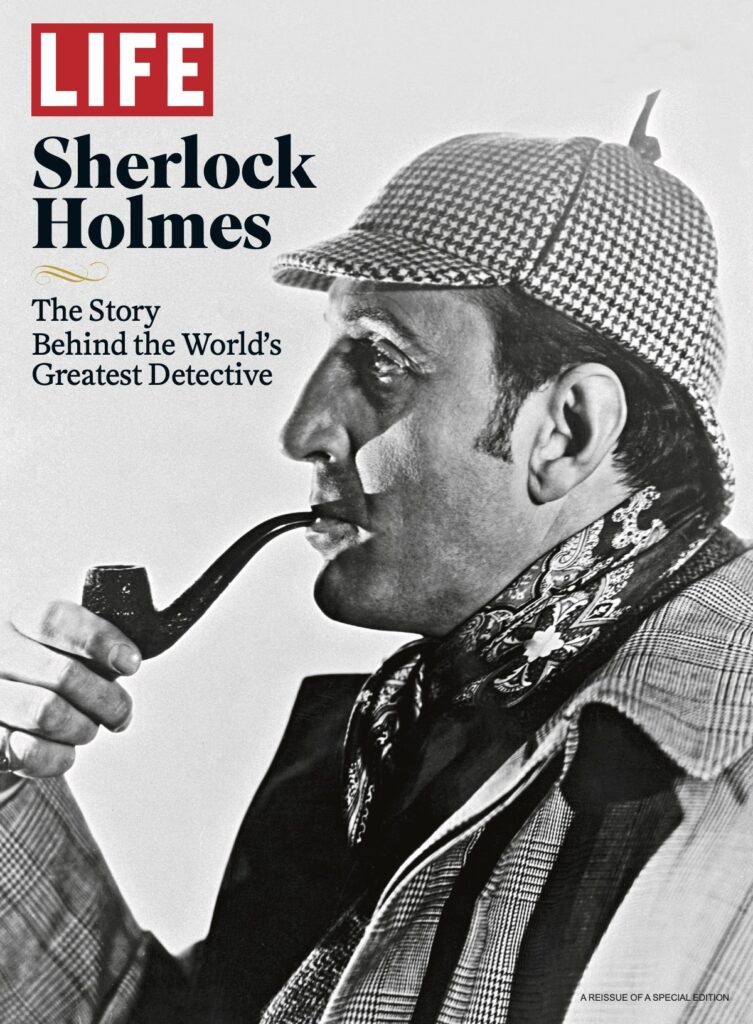 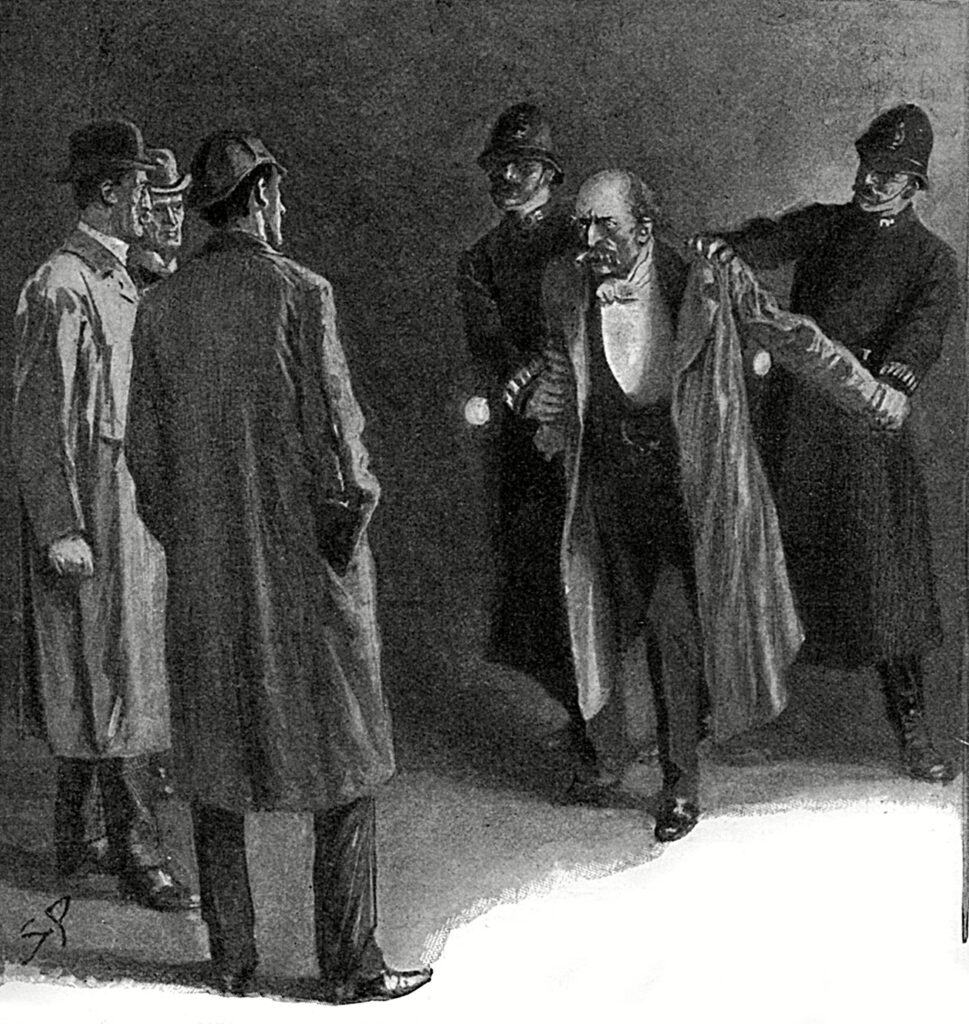 Holmes captured another criminal in this illustration by Sidney Paget, which appeared in the Strand Magazine in October 1903 with the story “The Adventure of the Empty House.” 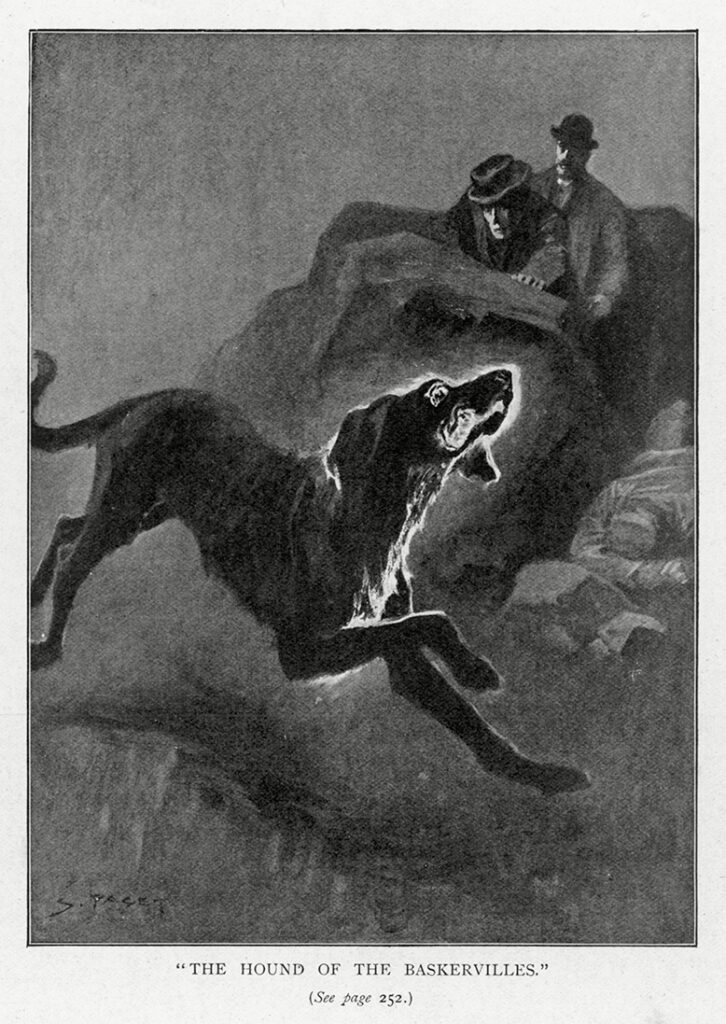 An illustration from one of Arthur Conan Doyle’s most famous Holmes stories, The Hound of the Baskervilles, published in 1901-2. 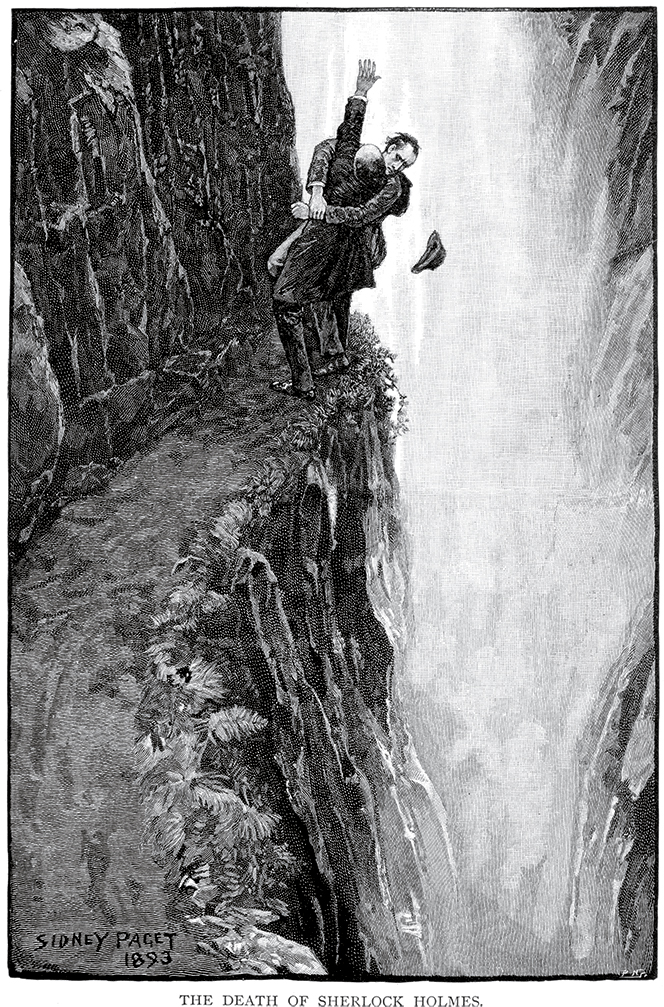 In this illustration by Sidney E. Paget, the first artist to draw the detective, Sherlock Holmes and Professor Moriarty battled to their apparent death at the edge of Reichenbach Falls. 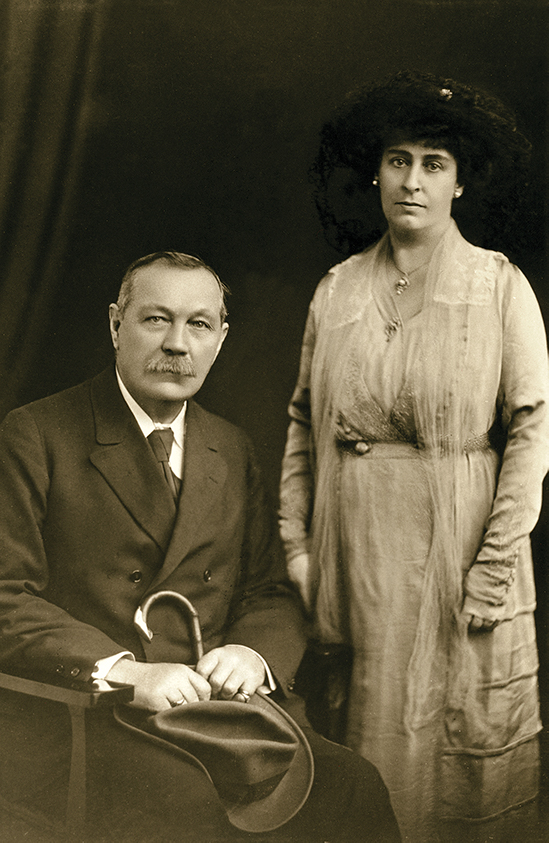 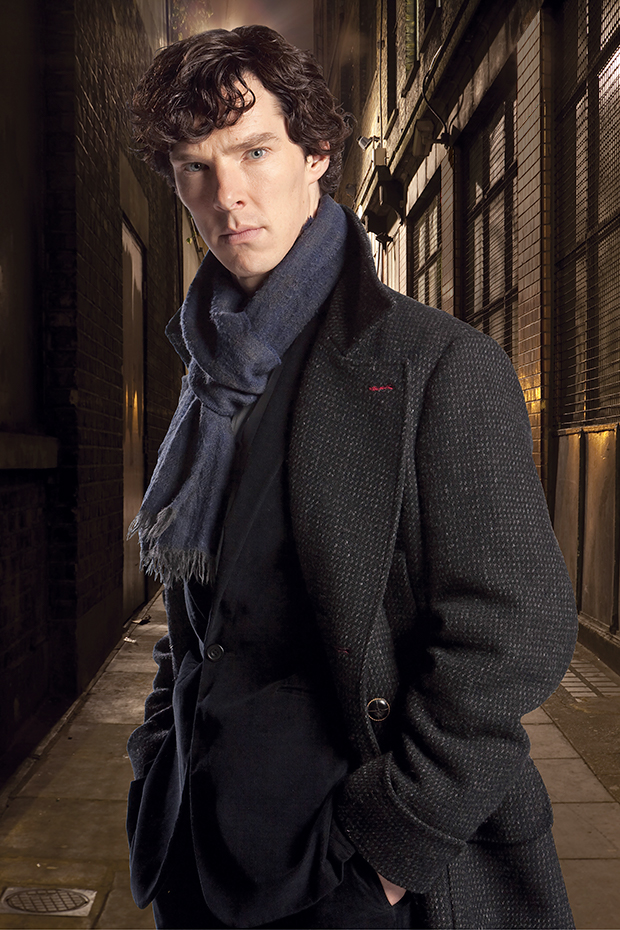 Benedict Cumberbatch played Sherlock Holmes on the BBC in 15 mysteries that aired between 2010 and 2017. 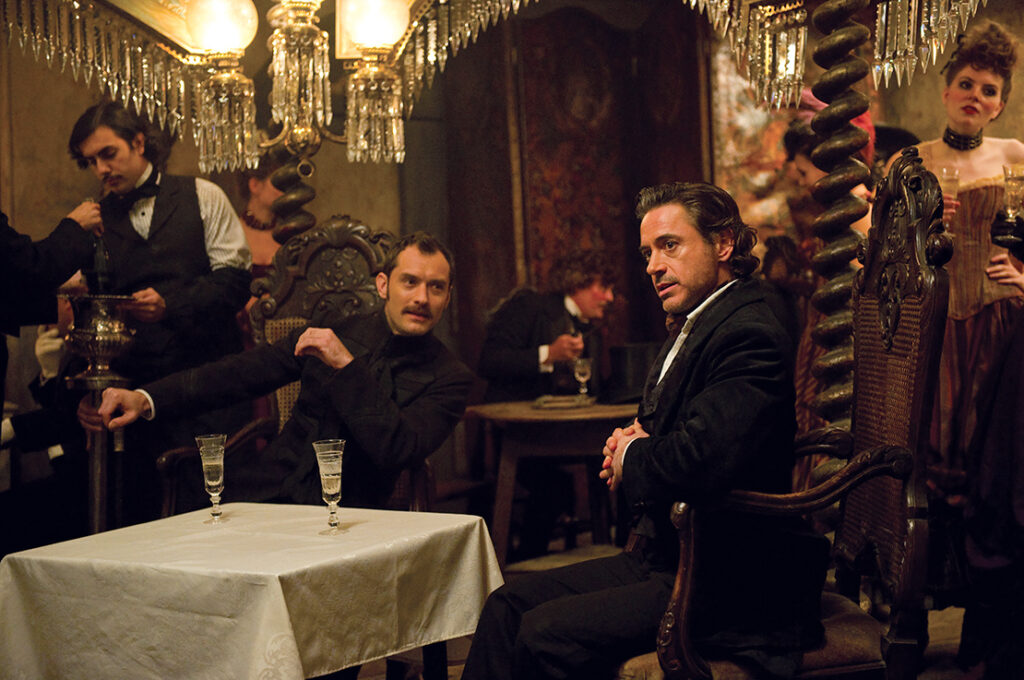 Robert Downey Jr. (right) and Jude Law portrayed Holmes and Watson in the 2011 film “Sherlock Holmes: A Game of Shadows,” a follow-up on their 2009 film Sherlock Holmes. 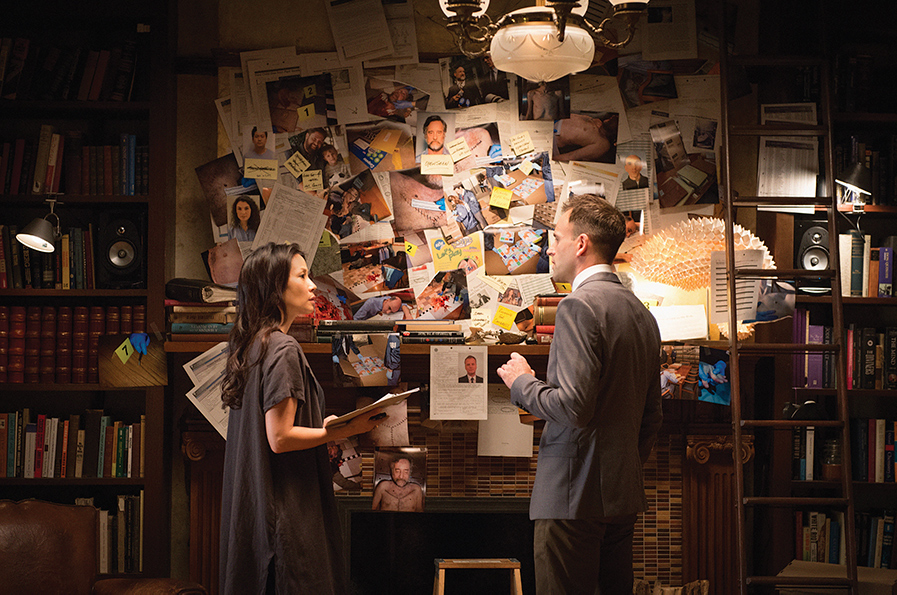 Lucy Liu played Joan Watson and Jonny Lee Miller as Sherlock Holmes on Elementary, the CBS television show that ran from 2012 to 2019.