Brian Wilson directed a 1966 recording session for Pet Sounds, the album that would become recognized as a masterpiece of pop music.

The following is adapted from the introduction to LIFE’s newly released special issue The Beach Boys: The Music, The Life, The Good Vibrations, available at newsstands and online:

The year was 1963, and the Beach Boys were already making waves with hits such as “Surfin'” and “Surfin’ U.S.A.”

Then one day Brian Wilson, the band’s co-founder and leading visionary, was driving when he screeched his car to the side of the road and cranked the volume on his AM radio.

Crackling through the static came Ronnie Spector’s voice, dripping in echo atop a lush dream of overlaid pianos, horns, castanets, and strings. She was singing, “Be my little baby, say you’ll be my darling, be my baby now.”

Sitting behind the wheel, Brian, then 21 years old, locked into a tune like never before.

“I went, ‘My, god, wait a minute, no way!’” he remembered. “It was like getting your mind revamped. It’s like, once you’ve heard that record, you’re a fan forever.”

The Ronettes’ “Be My Baby,” released in August 1963, epitomized the grandeur and aspirations of a handful of young pop-music auteurs. Ronnie sang, with equal parts sweetness and smokiness, a song written to capture the blooming age of the teenager. Phil Spector produced it to eclipse that age. In the decades ahead, the song would influence artists as diverse as Bob Seger and Lana Del Rey. But first, and most important, it cast its spell on Brian Wilson.

When “Be My Baby” came out, the Beach Boys were already stars. Brian, along with brothers Dennis and Carl, cousin Mike Love, and neighborhood pal Al Jardine were providing the soundtrack to a national surf craze. The pop classics they had put on the radio would already have been enough to make a mark on music history.

But when Brian heard “Be My Baby,” it pushed the Beach Boys to redraw the boundaries of their music, and of rock and roll. Spector’s sound inspired Brian’s lavish productions and layered harmonies with his bandmates. In a few short years, they would graduate to songs that contained symphonies and albums organized by master plan. They were on their way to creating their masterpiece album Pet Sounds and singles such as “Good Vibrations” that would expand the possibilities of what popular music could be. Their art and craft would in turn influence the Beatles, the Who, Pink Floyd, and countless others.

Through the decades, the Beach Boys would flourish and flounder and face moments of tragedy and strife. They would also be appreciated, finally, as architects of innovation and experimentation, as well as the creators of many awesome pop hooks. It’s a story with more layers than music fans would have expected when they accepted that first invitation to come on a surfin’ safari with the Beach Boys.

The story is from LIFE’s new special issue The Beach Boys: The Music, The Life, The Good Vibrations. Here are a selection of photos from that issue. 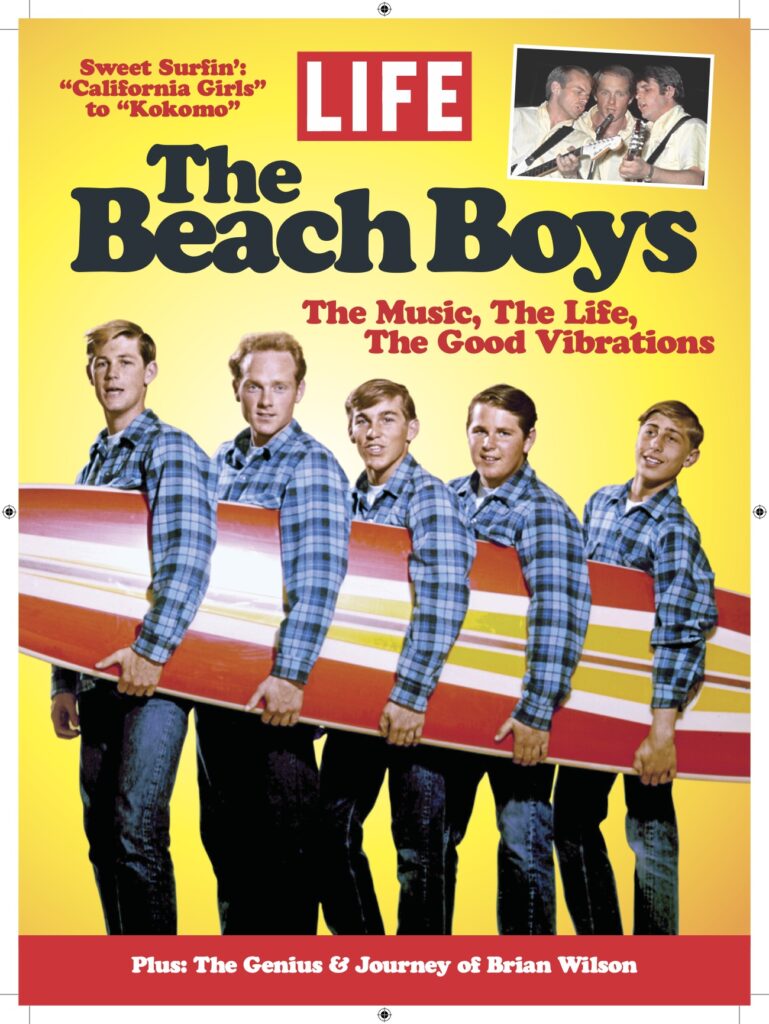 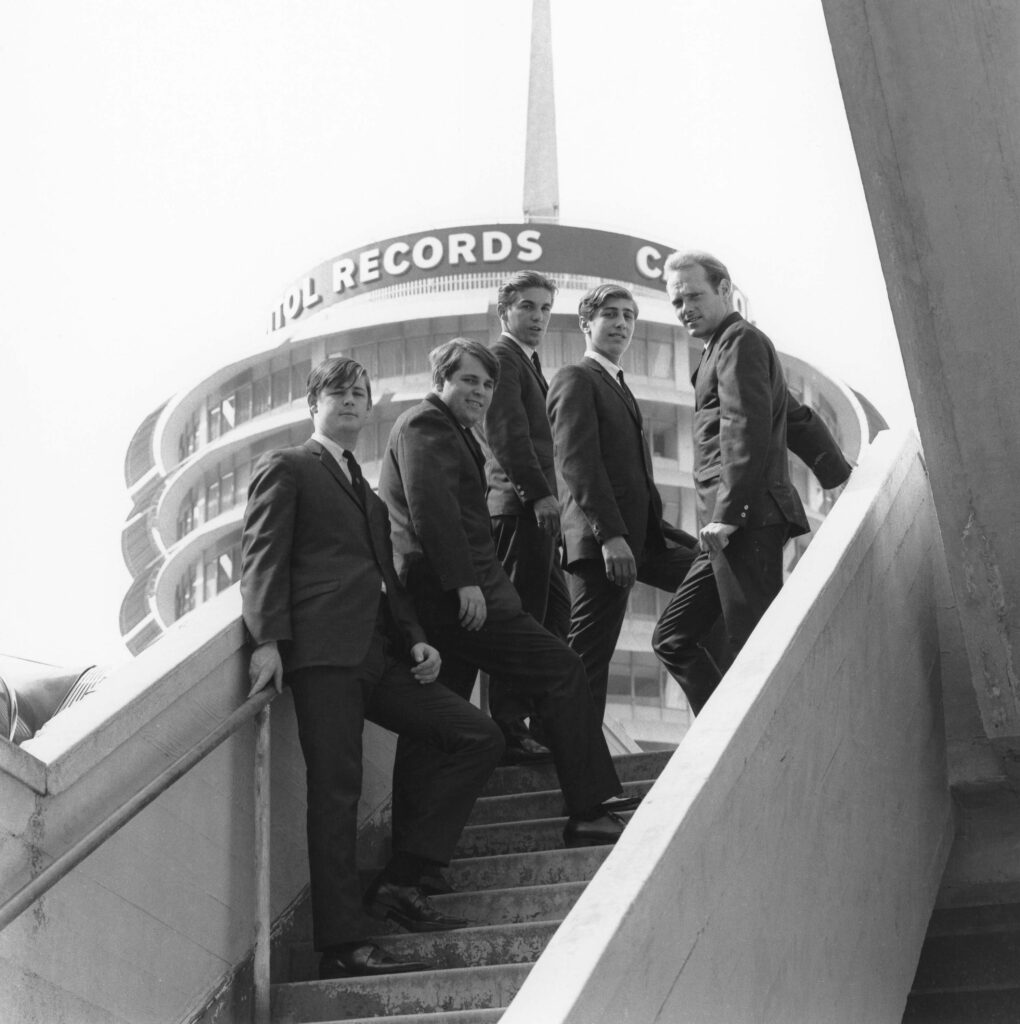 The Beach Boys joined Capitol Records for their first major-label deal in 1962. The group then included (left to right): Brian Wilson, Carl Wilson, Dennis Wilson, David Marks and Mike Love. Marks briefly performed with the group until he was replaced with the return of founding member Al Jardine.. 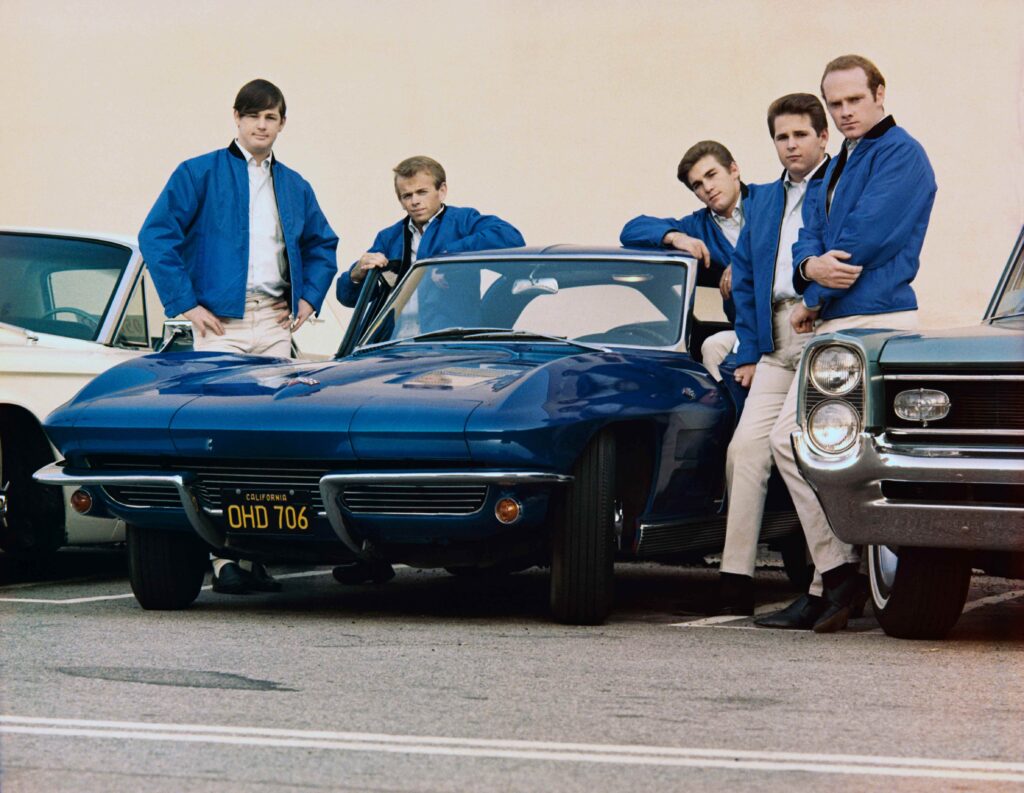 The Beach Boys posed with a Corvette in their first photo session since Al Jardine returned to the band in Novermber 1963. From left to right: Brian Wilson, Jardine, Dennis Wilson, Carl Wilson, and Mike Love. 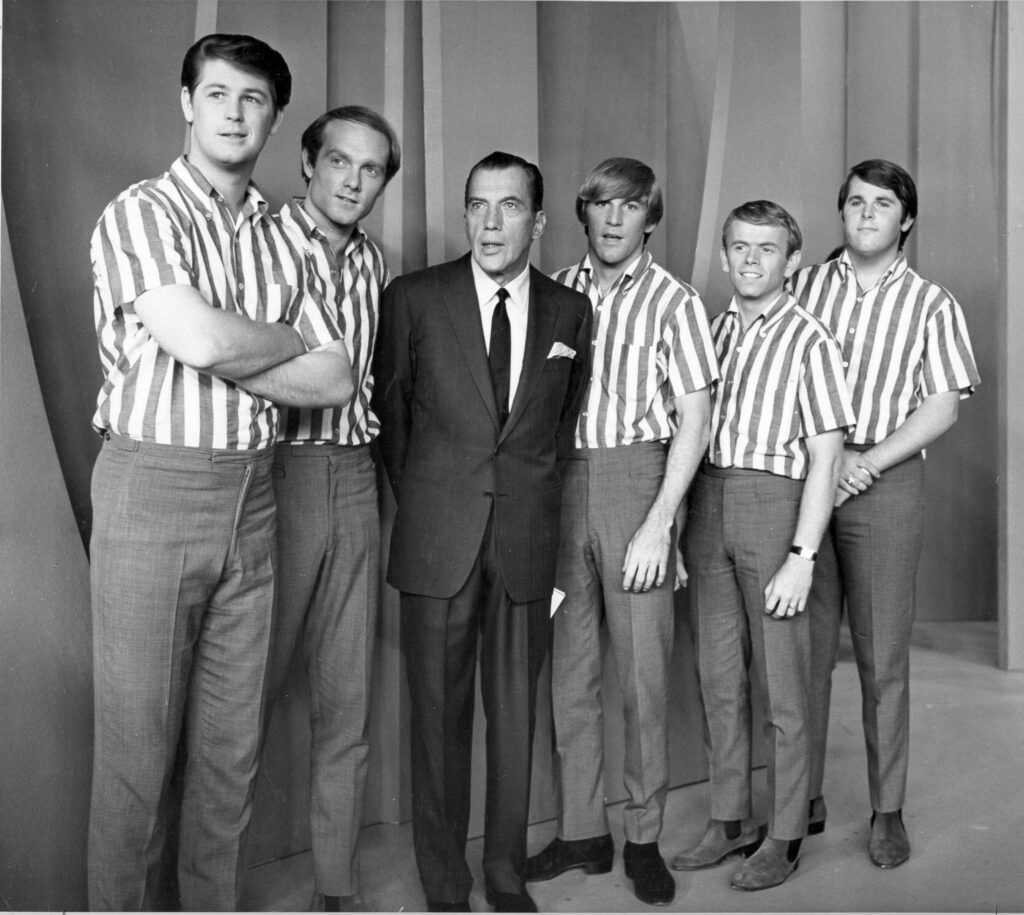 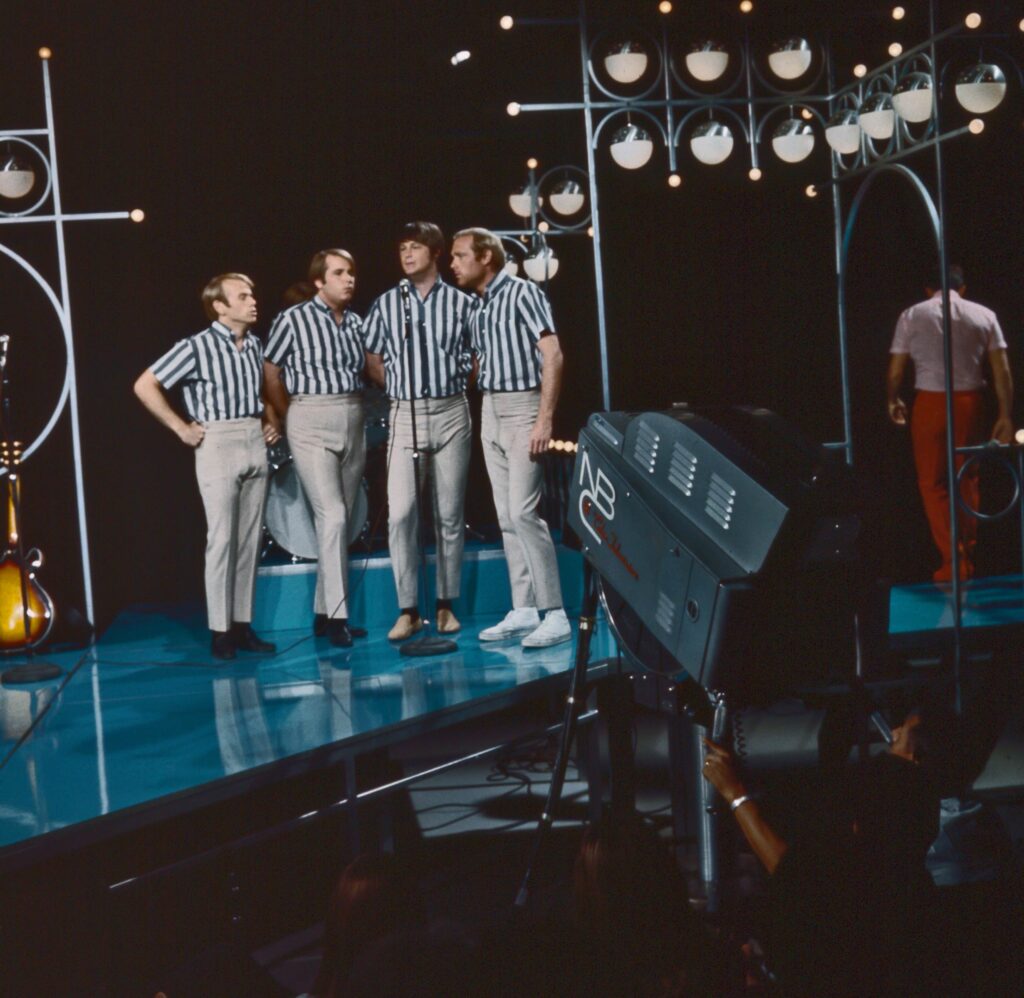 The Beach Boys performed on The Andy Williams Show in 1965. 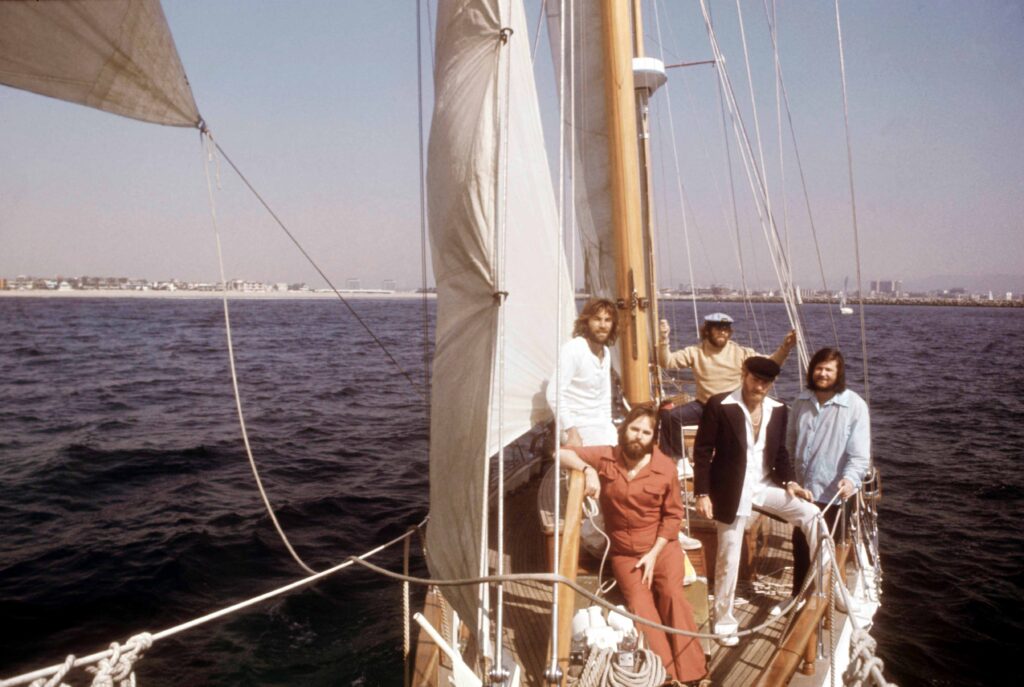 The Beach Boys in 1975, as the band headed into a turbulent period in which Brian Wilson would struggle with psychological demons and Mike Love would assert control over the group. 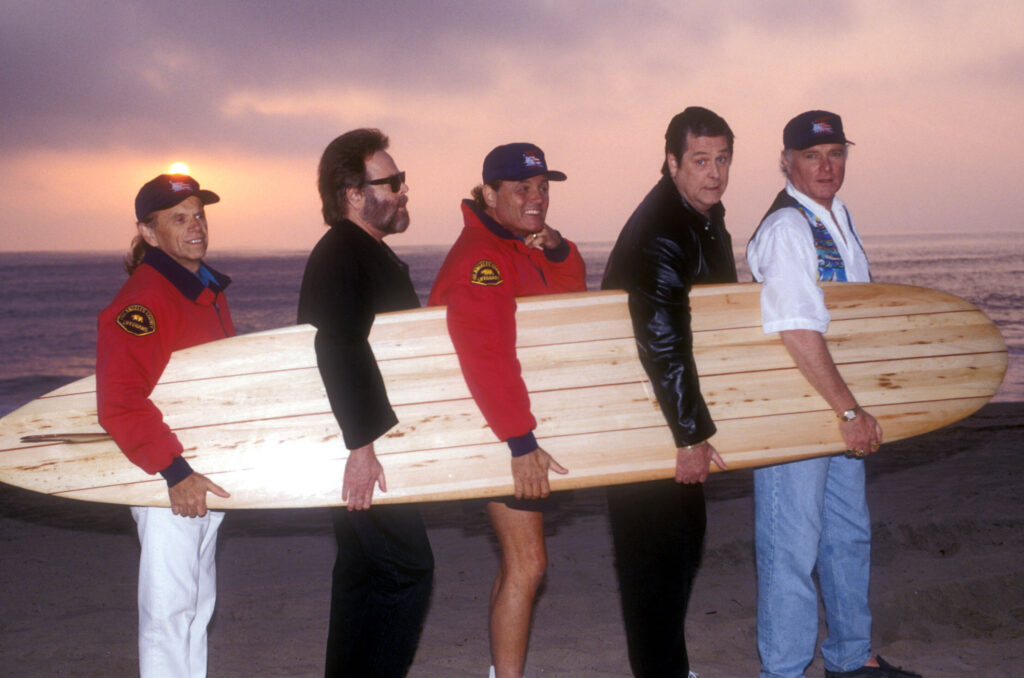 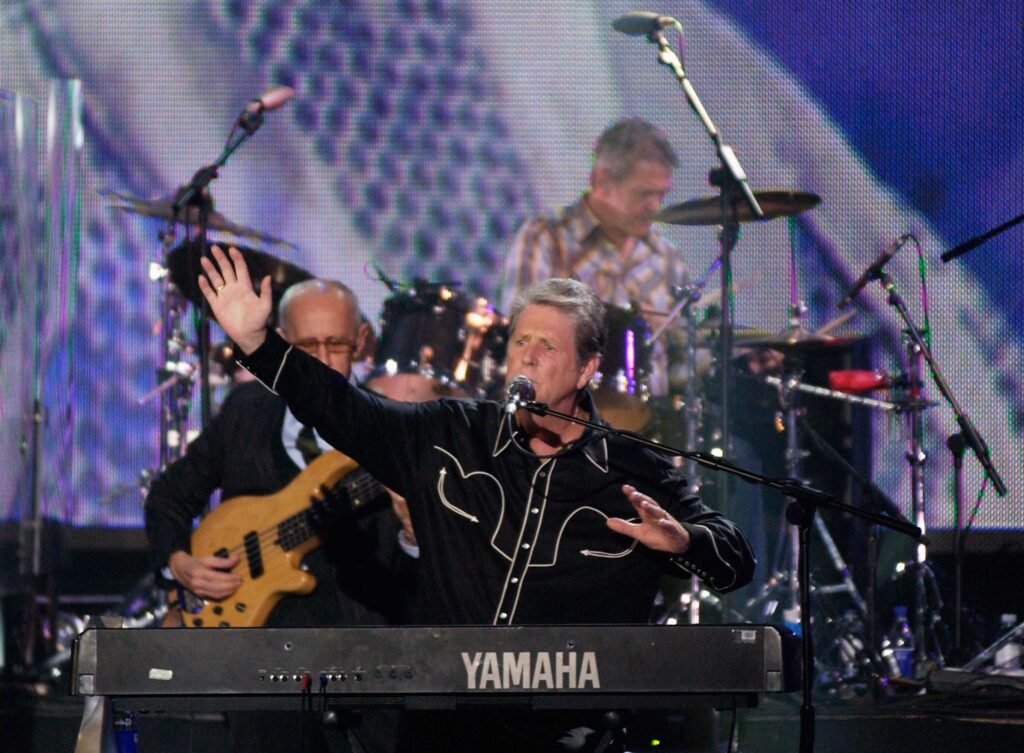 Brian Wilson performed in 2006, during the ceremony for his induction into the UK Music Hall of Fame.