The Beatles: Shining On

The Beatles performed on The Ed Sullivan Show on February 9, 1964, helping ignite Beatlemania in the United States.

The following is adapted from the introduction to LIFE’s special issue The Beatles.

FROM ALMOST THE MOMENT they broke up, 50 years ago this spring, the Beatles were rumored to be reuniting. In one tumultuous decade they had literally risen from obscurity, ascending from a Liverpool cellar to unprecedented heights of fame, making themselves indispensable to millions. And so, from the very beginning of the end, the world was trying to put the Beatles back together.

“My answer to the question, ‘Will the Beatles get together again?’ is no,” Paul McCartney wrote to the British music journal Melody Maker in the summer of 1970, mere months after news of their breakup had become official. The letter was an effort, in McCartney’s words, “to put out of its misery the limping dog of a news story which has been dragging itself across your pages.”

What a relief, then, that the Beatles never really left us, and have never ceased to be. Meet the Beatles! was the second Beatles album released in the United States, but it’s also what every generation has managed to do during the last half century: discover anew the music and the mythology of the Beatles. In 2018, McCartney’s album Egypt Station reached No. 1 on the Billboard Hot 200. In 2019, Beatles songs were streamed nearly 2 billion times on Spotify. Why? The Beatles were the big bang that created much of modern youth culture—popular music, concerts, fashion, film, merchandising. “For me, and many others, the Beatles came as a welcome breath of fresh air,” said Stephen Hawking in 1992, speaking on the BBC when choosing Please Please Me as one of his Desert Island Discs. The physicist knew that a collapsing star creates a black hole. And while there were no greater stars than the Beatles, their collapse didn’t leave a void from which no light can escape. The Beatles defied physics and remain luminous. John Lennon sang it, five years after the Beatles broke up: “We all shine on, like the moon and the stars and the sun.” On and on, on and on.

—adapted from LIFE’s The Beatles. Below are selections of some of the many photographs that appear in the special issue, available for purchase now. 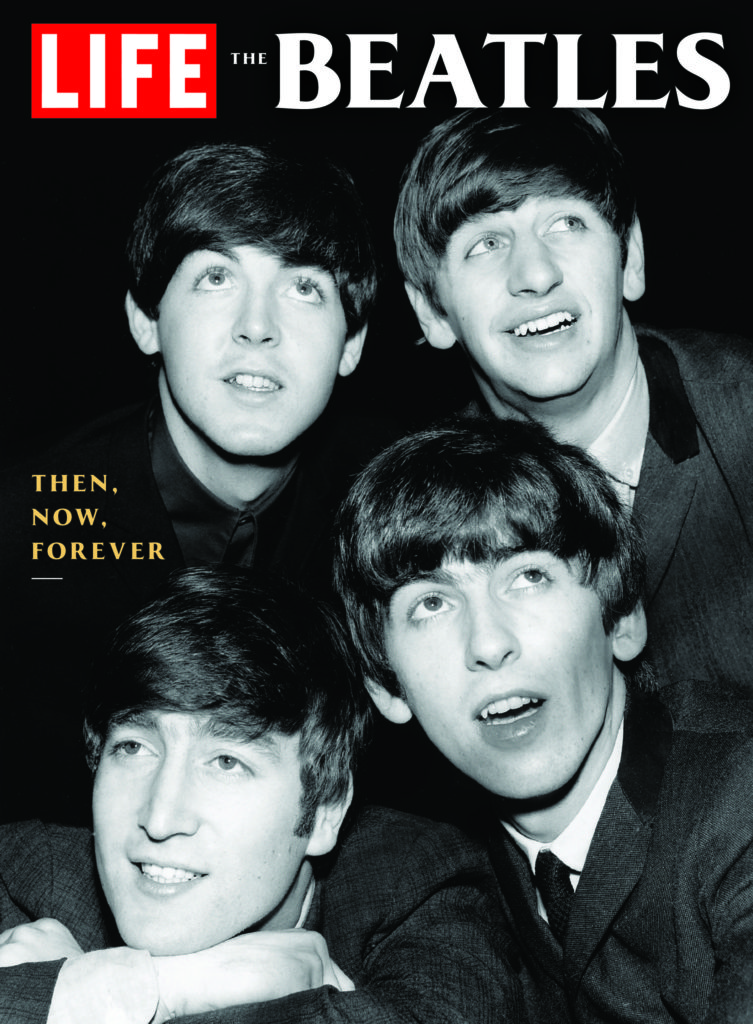 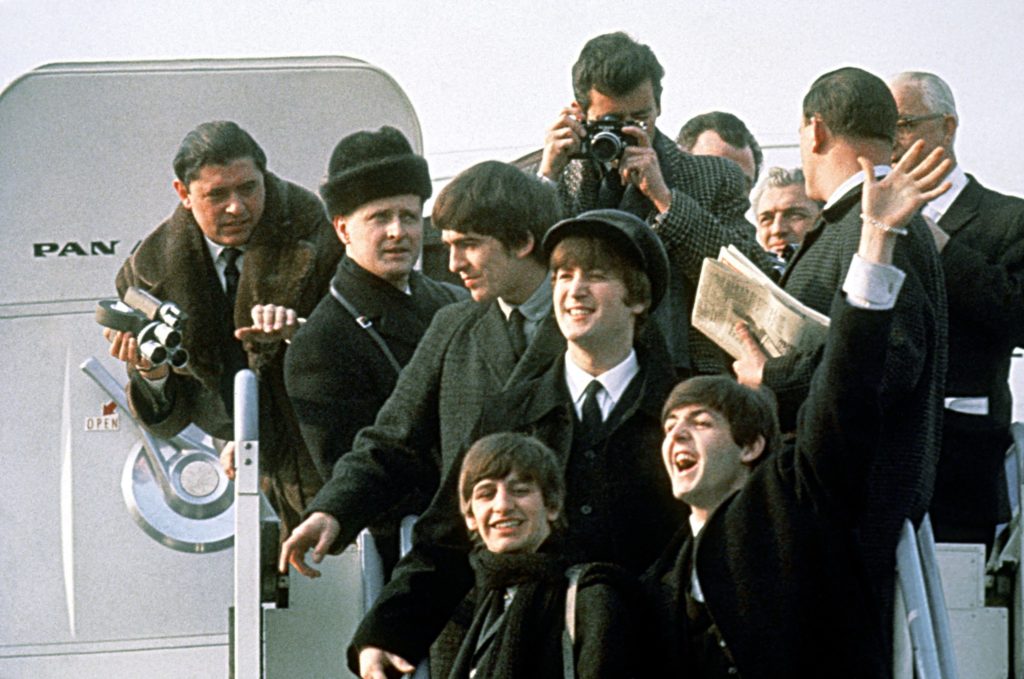 The Beatles arrived at Kennedy Airport in New York on February 7, 1964, for their first U.S. tour. 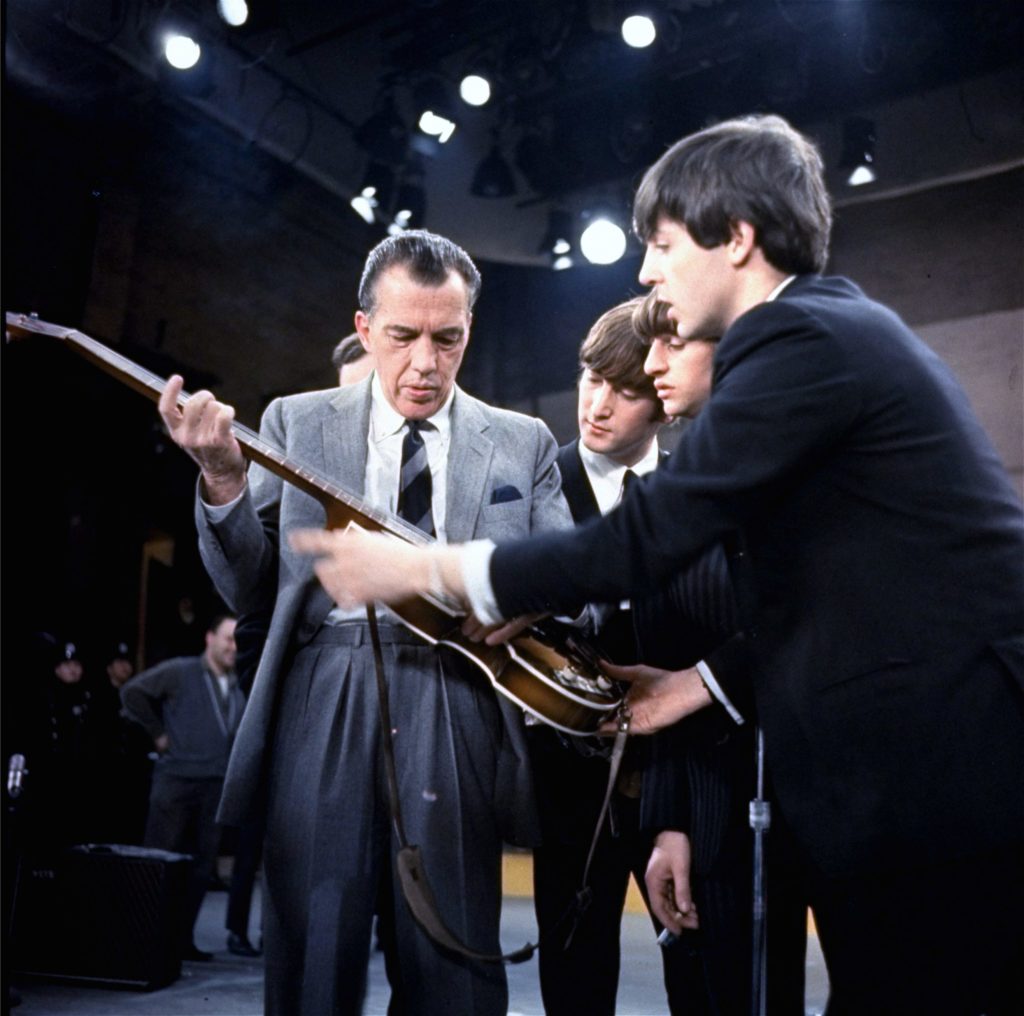 The Beatles chatted with Ed Sullivan before their 1964 appearance on his television show. 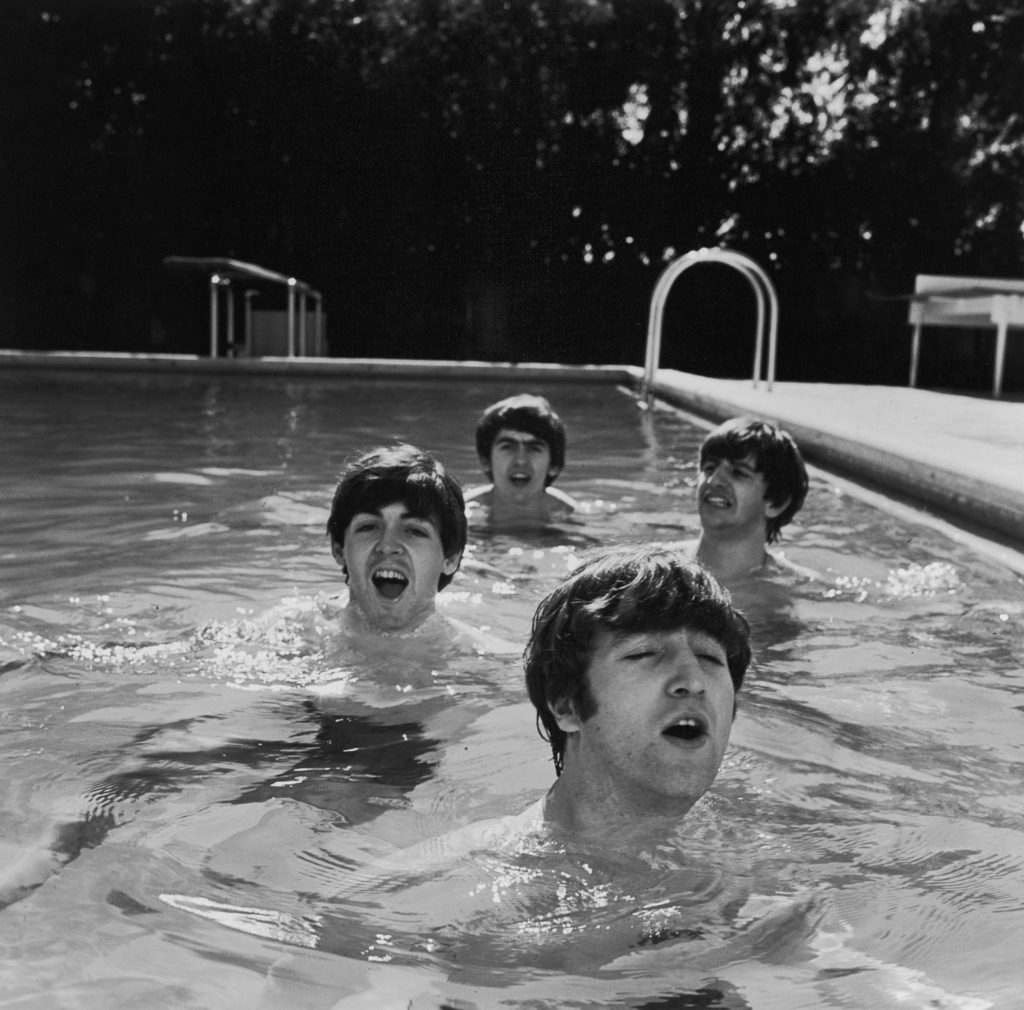 Paul McCartney, George Harrison, John Lennon and Ringo Starr sang in a cool Florida swimming pool at the behest of a photographer, 1964. 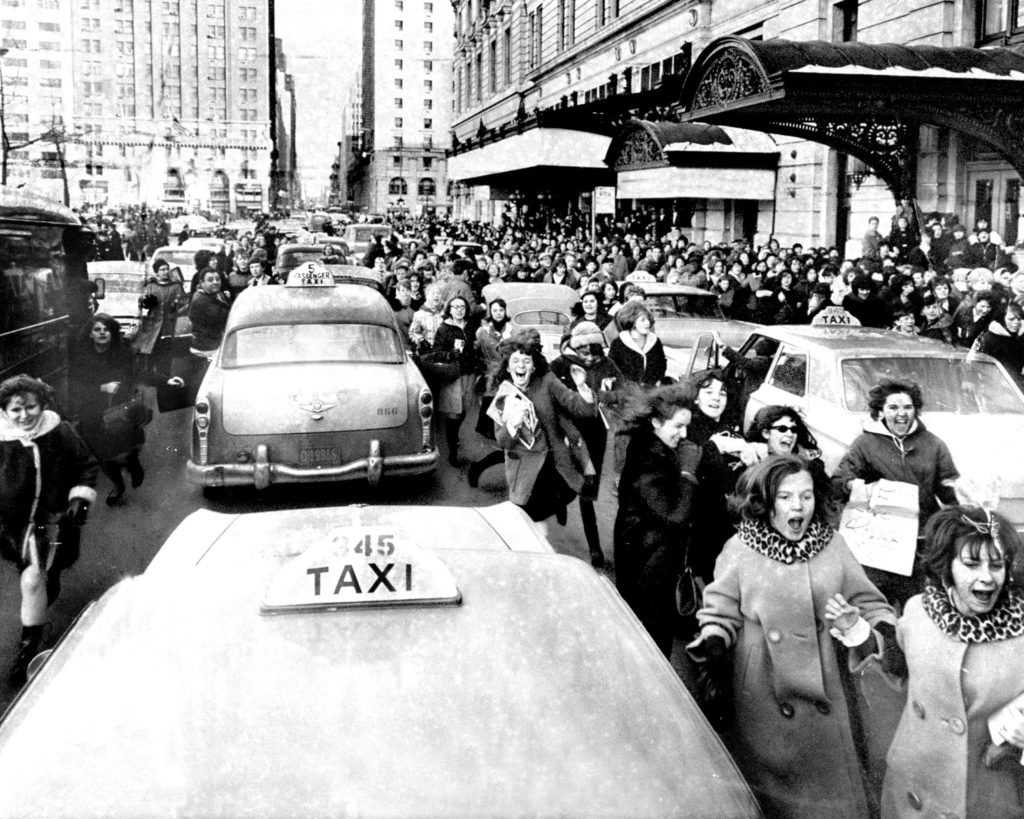 Beatles fans in New York City foiled the efforts of police on horseback to block them from seeing the band by going up to Central Park and then swarming back against traffic toward the Plaza Hotel, 1964. 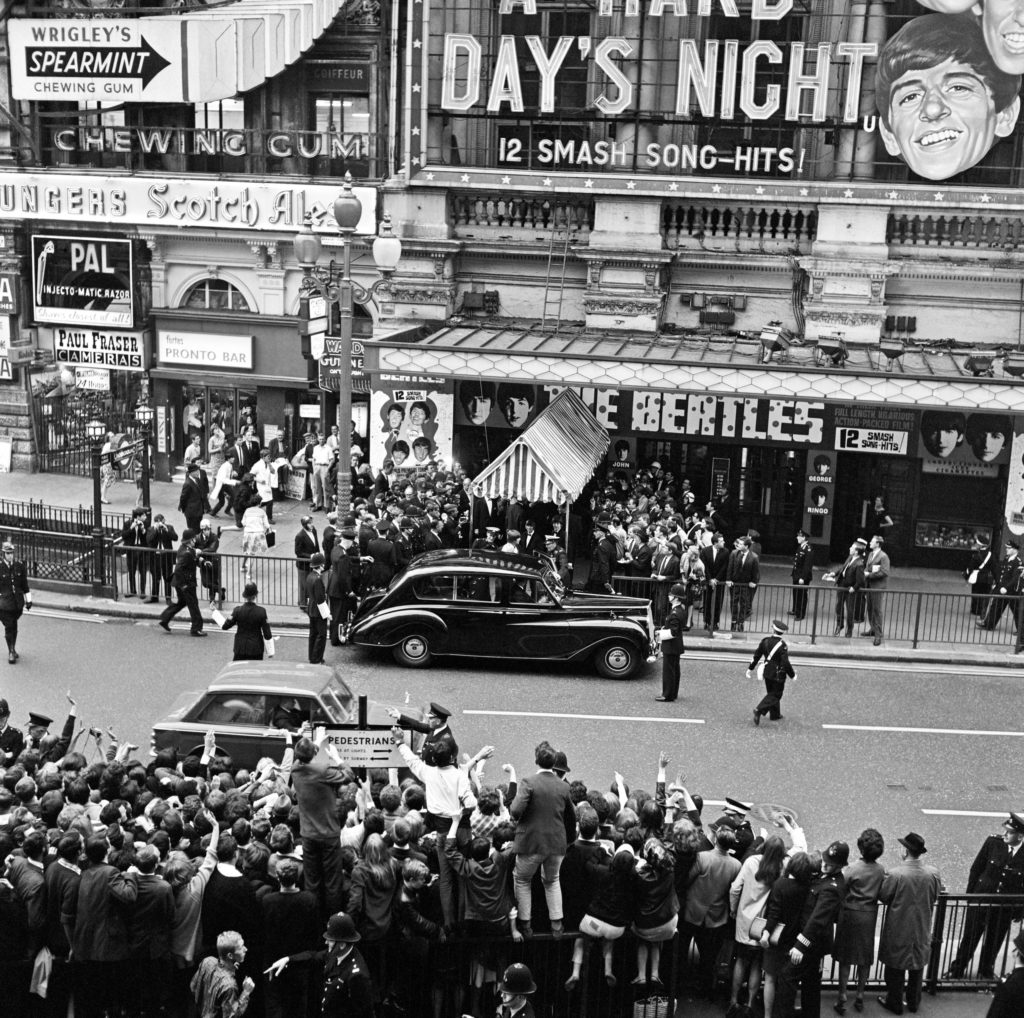 In 1964 Liverpool extended an embrace to its now-famous sons; after being greeted by 3,000 fans at the airport, The Beatles were driven to Liverpool Town Hall in a police cavalcade, with an estimated 200,000 people lining the route, and the band members were each presented with a key to the city. That night they attended the charity premiere of “A Hard Day’s NIght.”

Photo by Daily Mirror/Mirrorpix/Mirrorpix via Shutterstock 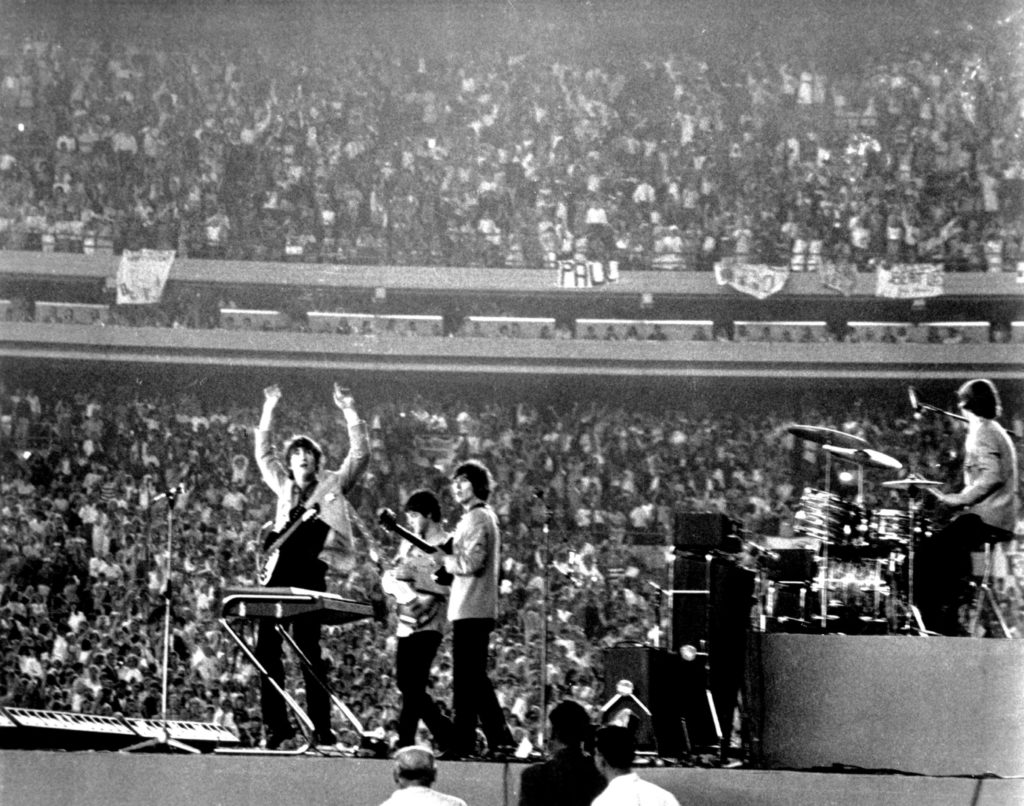 The Beatles performed at Shea Stadium, New York on August 15, 1965; the 12-song set opened with “Twist and Shout” and concluded with “I’m Down.” 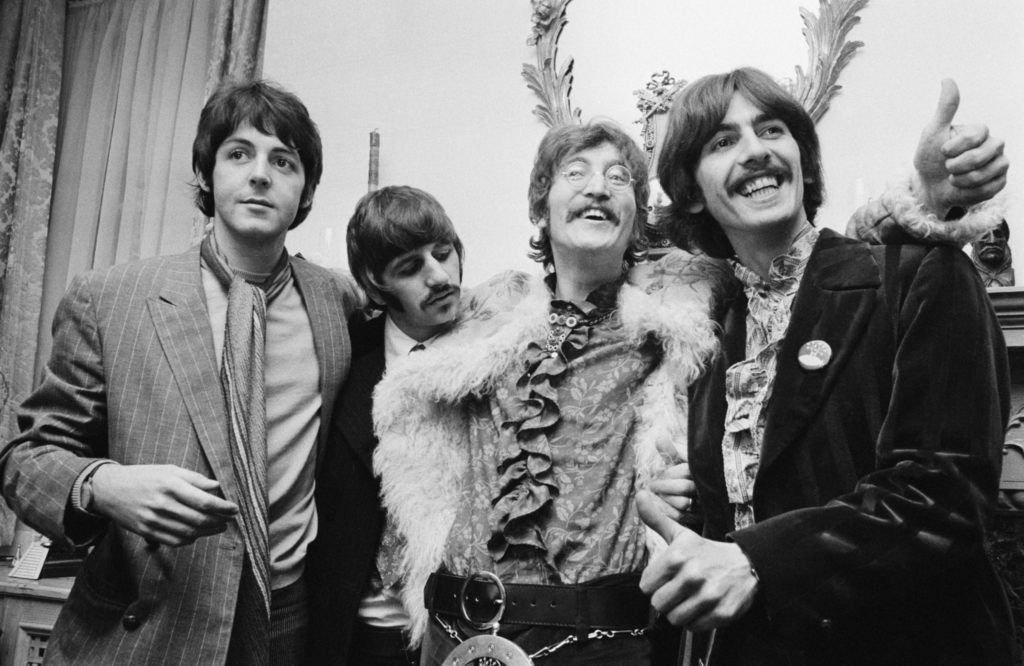 The Beatles appeared at the press launch for their landmark album Sergeant Pepper’s Lonely Hearts Club Band at manager Brian Epstein’s house in London, May 19, 1967. 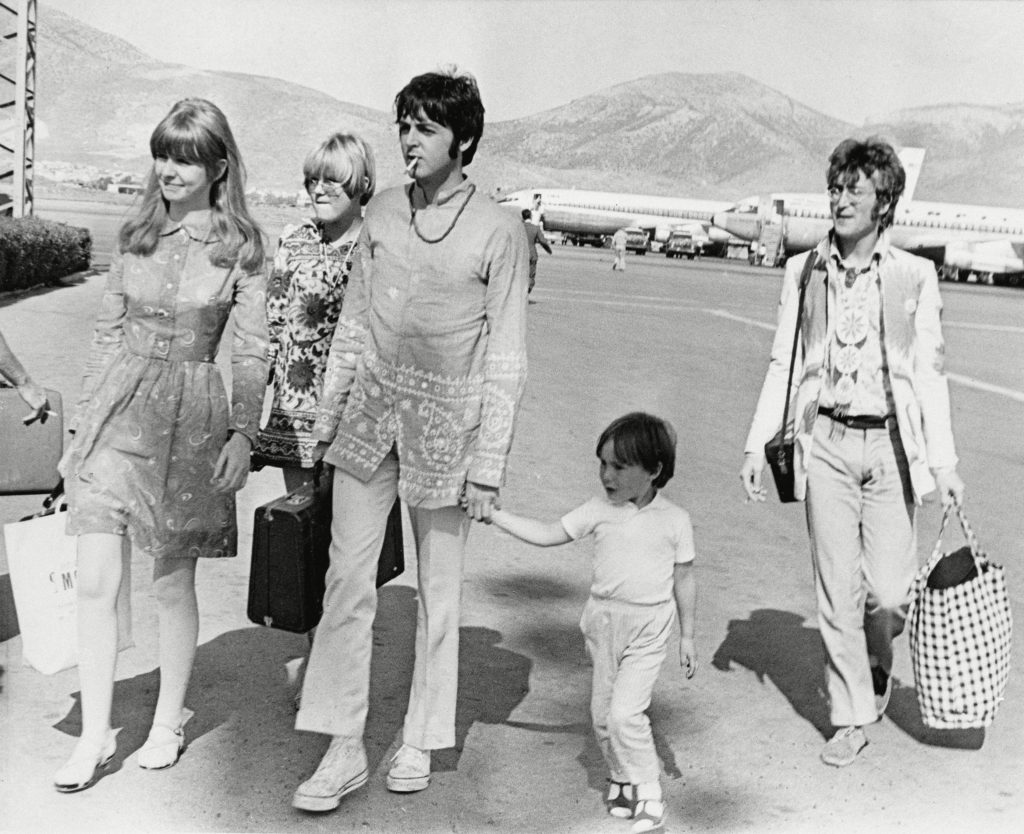 The Beatles arrived in Athens, Greece on July 22, 1967; Paul McCartney walked with girlfriend and actress Jane Ashre while holding the hand of John Lennon’s son Julian. 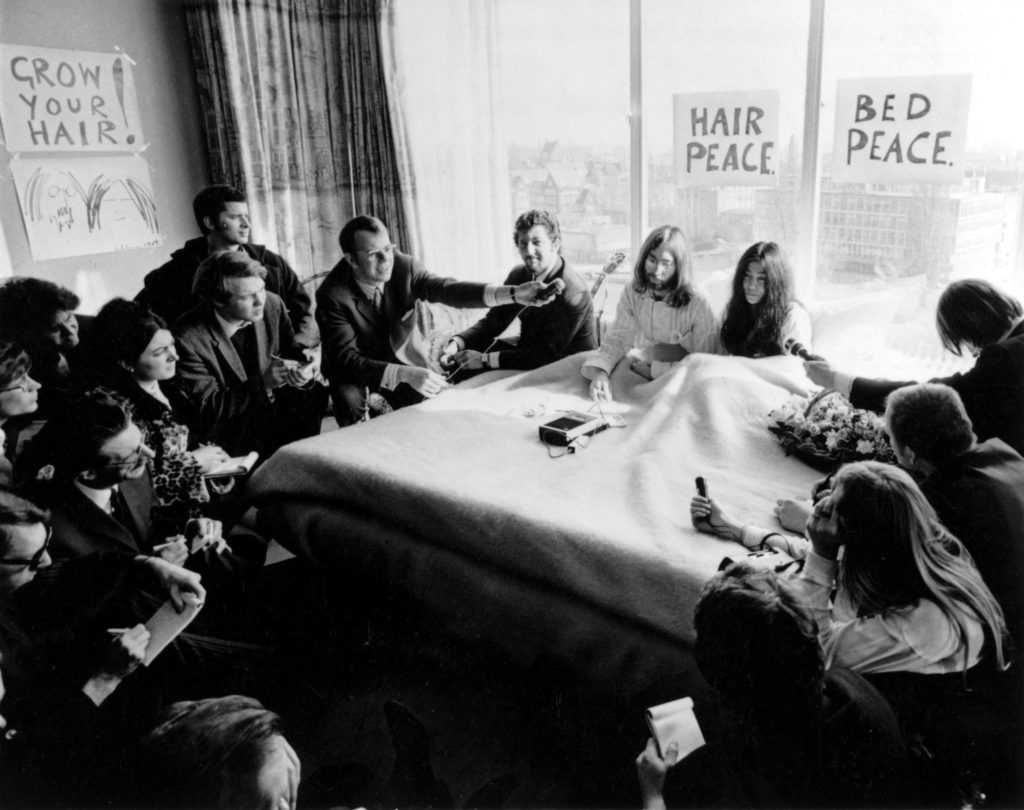 In March 1969 newlyweds John Lennon and Yoko Ono staged a two-week-long bed-in for peace at a hotel in Amsterdam. 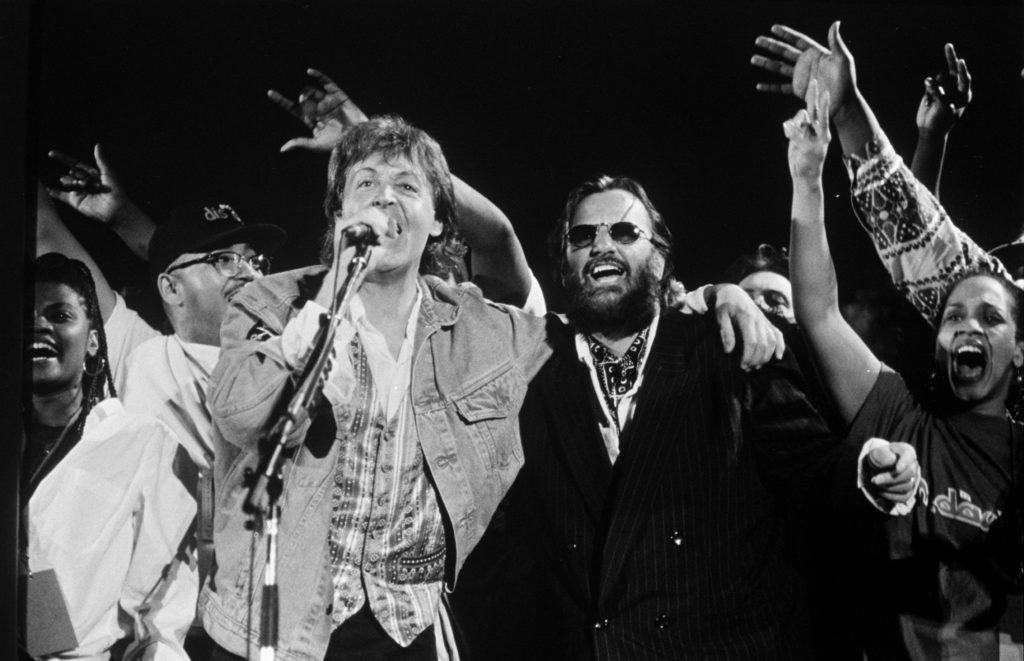 Photo by The LIFE Picture Collection via Shutterstock 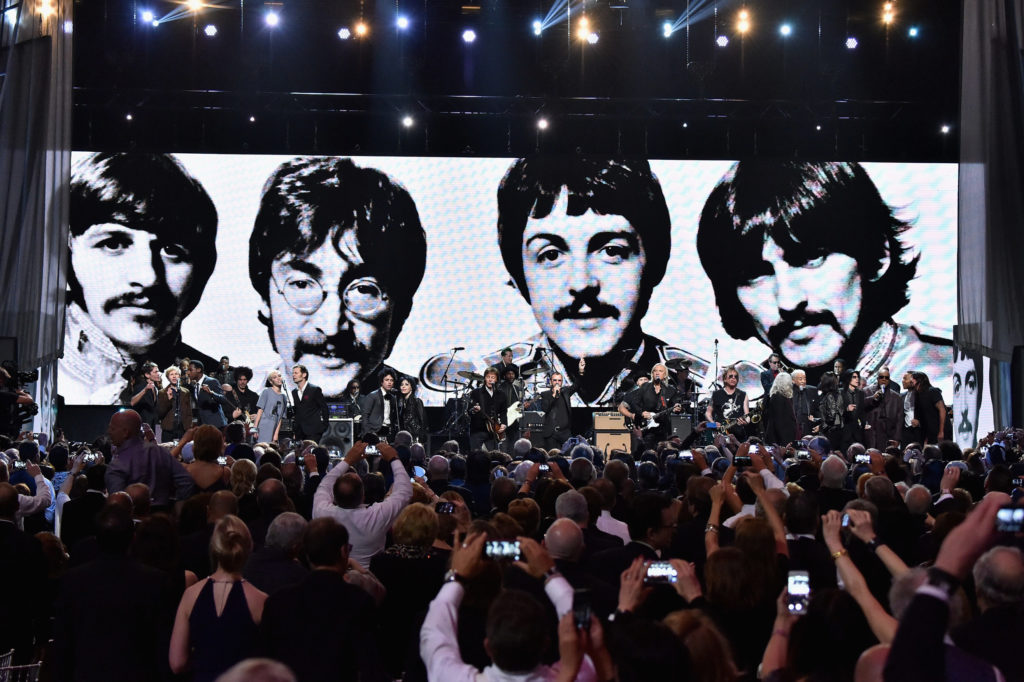