Hank Aaron hammering his 715th round-tripper to surpass Babe Ruth and claim the career home run record on the night of April 8, 1974, stands as one of the most thrilling sports achievements of the 20th century. Aaron, after all, not only broke baseball’s most hallowed milestone, but he did it under unimaginable pressure—receiving vicious, racist hate mail and even death threats for months leading up to the start of the 1974 season.

Some folks, it seemed, just couldn’t stand the idea of a Black man occupying such a titanic place in the baseball firmament: Home Run King.

Here, LIFE.com pays tribute with a trippy—and weirdly riveting—multiple-exposure picture of the moment, from the perfect swing off Dodgers pitcher Al Downing, to Aaron rounding the bases, to his reception at the Braves’ dugout and the on-field tribute that followed. In one artfully conceived and masterfully executed tableau, LIFE photographers Henry Groskinsky and Ralph Morse managed to capture every element of the dramatic scene, as it unfolded in both time and space. Look up and around this image and feel the power of the moment. 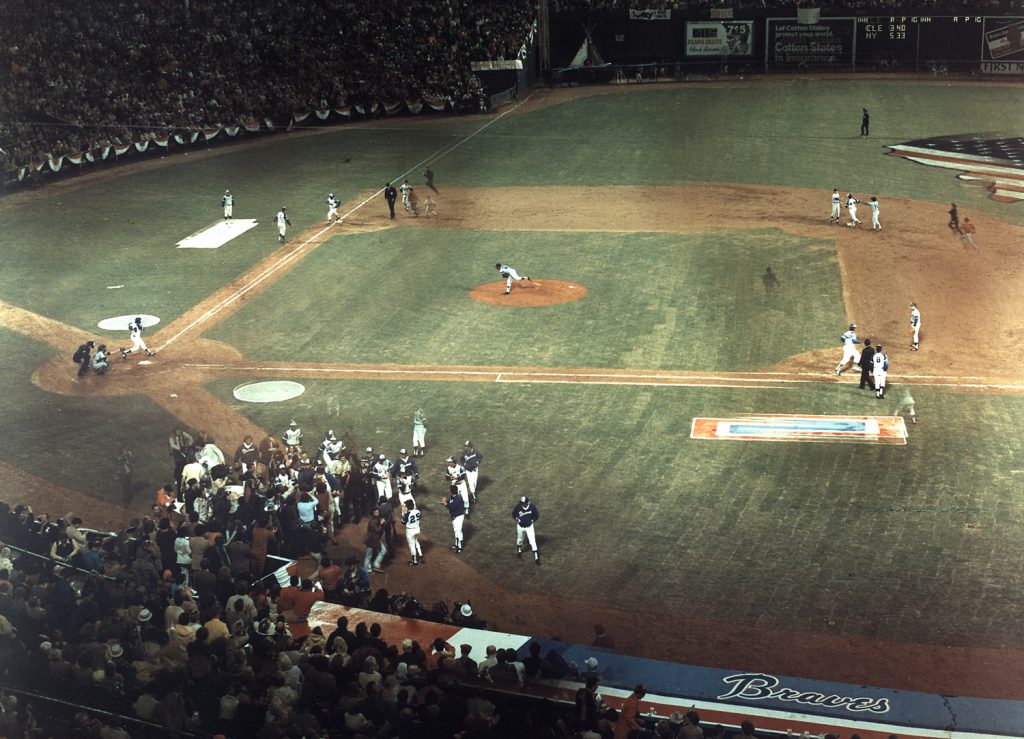