A witch studying in a museum, March 1964

Witches dancing in circles around a fire, March 1964

When we hear the term “witch”, many images pop into our head. The image that may come to mind now is more contemporary, unrestricted by any gendered roles. But, how did we come to such a modern image of the witch within Western media? This acceptance is in part due to depictions from the late 1930s to the late 1960s. Images of the witch featured in films and television series, to photo essays here in LIFE, reflected a surprisingly positive image of witches during these eras. 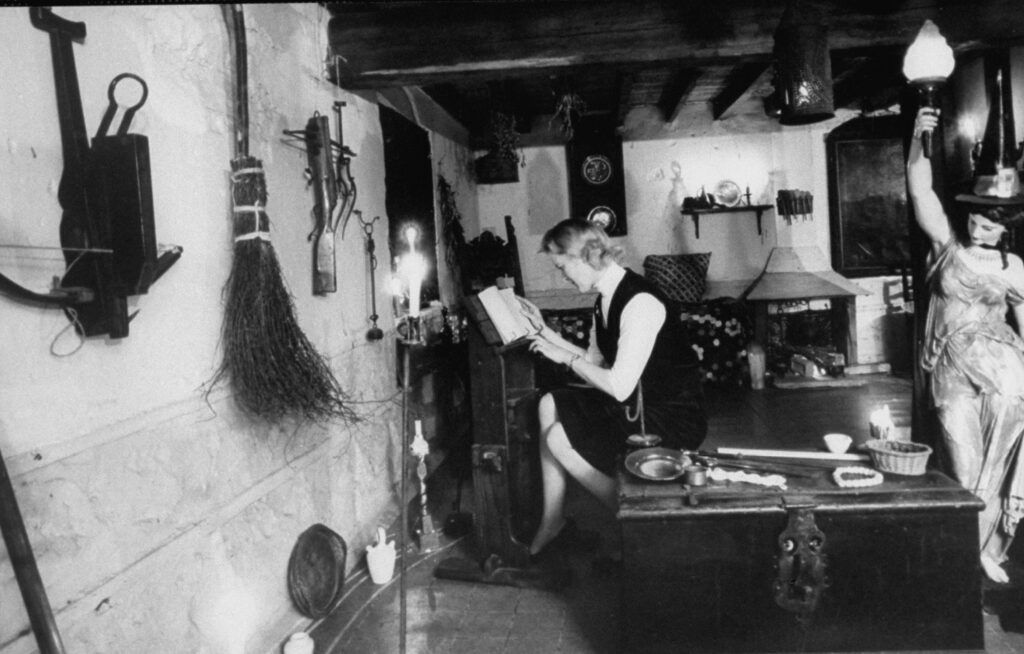 A witch studying in a museum, March 1964

A feature article from the November 13th, 1964 issue titled, “Real Witches At Work: English Pagans Keep an Old Cult Alive”, depicts a coven of both men and women. The below photograph from March of 1964 shows the coven dressed in everyday Sixties attire walking around a small fire with hands interlocked in the evergreen and stoney woods of Oxfordshire, England. The writer then goes into the history of the ritual and explains that rituals are an act of grounding for them to be fully immersed with nature, as stated in the quote below:

“In a thousand-year-old rite, the witches dance around a bonfire within the prehistoric Rollright stone circle that still stands in Oxfordshire. At the climax of the dance they leap over fire to stimulate the sun as the source of life.”

Witches dancing in circles around a fire, March 1964

High priestess of the coven, Ray Bone, wrote a supporting article to follow the above photo-essay. Her piece, We Witches are Simple People, goes into detail about the history and misrepresentation of witches. She also expresses how her modern-day coven does magic to help people. For example, LIFE explained the photograph below as “Mrs. Bone shapes a wax effigy of a sick woman she hopes to help through curative ‘white magic’.” When she is not busy leading a coven, she is a housewife. In addition to having a successful career of her own being a manager of an elderly home. In the article, Mrs. Bone describes herself and her coven as “…just ordinary people going about our own particular jobs.” 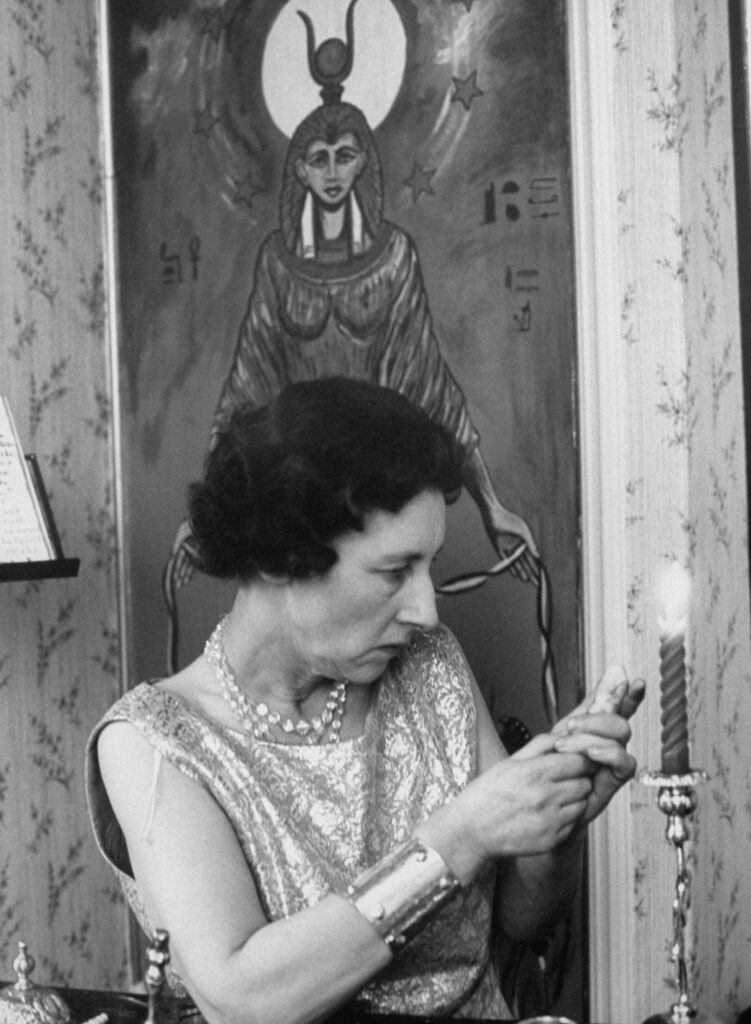 Mrs. Ray Bone performing a healing ritual in her home.

LIFE covered witches during this time in a non-menacing way. It showed them as everyday people who want to do good for themselves and others by using magic. Both these texts do this by placing the witch archetype into an image readers from the time could accept: as an everyday housewife who balanced her work and career to have a fully rounded life. The magazine also reflected the changing societal expectations for women during the era. A later article from the “The Feminine Eye” section in the February 17th, 1967 edition of LIFE shows how the image of the witch had transformed through mid-century media. The article quotes a LaVey Satanist stating that she does not want to be called a witch since the term has “…sort of the connotation of a cookie-lady now”.

By the 1960s, second-wave feminism gained popularity in the United States. Knowing that, it should be unsurprising that LIFE magazine would cover witches. From a twenty-first century perspective though, it seems like a radical act considering the many inherited biases surrounding witchcraft at the time. The articles also helped LIFE’s mass audience gain a better understanding of the religion and its practice. Throughout history the witch archetype went from something to be frightened of to being represented in a popular magazine by the likes of Ray Bone, who said: “Twentieth-century witches [are] happy in our knowledge; we are simple people with simple beliefs.”