Paul McCartney performed “Get Back” with Dave Grohl at the 2021 Rock and Roll Hall of Fame induction ceremony.

The following is from LIFE’s new special tribute issue, Paul McCartney: Yesterday and Today, available at newsstands and online:

Watching Peter Jackson’s 2021 documentary, Get Back, feels a bit like having a window seat to the creation of the earth. The nearly eight-hour film deploys previously unseen footage, more than a half-century old, to chronicle three weeks of the Beatles writing and recording songs, and preparing for what would be the band’s final live performance, an unannounced 42-minute concert on the roof of Apple Studios. Even stretches of the mundane or tedious—not another take of Don’t Let Me Down—are shot through by lightning. A producer and one of the Beatles may be talking about a scheduling detail when you realize that in the background Paul McCartney, on the piano, is noodling out the melody and words to Let It Be in real time. “Tomorrow, John,” you half expect McCartney to suggest, “let’s make the mountains and the seas.” If the Creation metaphor seems overwrought, go listen to Let It Be.

Get Back shapes and illuminates known notions of the band in their final stage, capturing each Beatle’s distinct temperament and genius. For McCartney in particular the temperament and genius are tied tightly to his commitment. Even among the other worker Beatles, his persistence stands out. Ready to roll, every day. The first to move out of the clowning through old blues tunes that might flavor the start of a morning’s jam, and into the project at hand. McCartney thinks it all through. He is not satisfied. He pushes the band. “Can you just stop playing for a minute, John?” he says. “I’m trying to talk to you about this arrangement.”

McCartney suggests drum parts to Ringo Starr, guitar parts to George Harrison. ”You always get annoyed,” McCartney says to Harrison “I’m trying to help, you know.” This is in the first part of the film before Harrison quits the band. Later, with Harrison back, the Beatles are at the end of a harmonious, brilliant, long day of song-making, when Yoko Ono, appendant to John Lennon throughout, asks McCartney of the next day’s planned rehearsal: “Will it be all day then?” McCartney answers: “Who knows, Yoko?” Whatever it takes to get the songs right, is what he means, however long it takes to get them down.

Ono’s seamless intimacy with Lennon is ever present in Get Back. She spends much of her time sitting beside him within the band’s circle. She knits, sorts mail, casts silent looks and slips Lennon a half-stick of chewing gum. McCartney is also visited in the studio by his love, Linda Eastman, and her six-year-old daughter Heather. (Seven weeks later they’ll be Linda and Heather McCartney.) Linda snaps some photos, and Heather crawls about pretending to be a tiger, but they stay, with few exceptions, outside the workspace.

You might say that McCartney is all business, so long as it is understood that a big part of that business—then, as now, as always—is joy. He bounces happily, if purposefully, through the melodies. At one point he and Lennon goof through a rendition of Two of Us pretending to be ventriloquists. When they play the finished song straight, strumming gently opposite one another, a new fragment of the firmament is in place. “It’s lovely,” Harrison says.

About 34 minutes into the rooftop concert, with onlookers peering from neighboring buildings, two bobbies step out onto the roof behind the band, concerned about the noise and the gathering of people stalling traffic on the street below. The Beatles are in the middle of a cracking version of Don’t Let Me Down. When Paul catches sight of the officers he gives the most impish “Whoo!” and swivels his hips a little extra. Then he turns back to the microphone—he in a sportcoat beside John in a fur—and, beaming completely, he keeps right on singing.

Here is a sampling of the images from LIFE’s special tribute issue, Paul McCartney: Yesterday and Today: 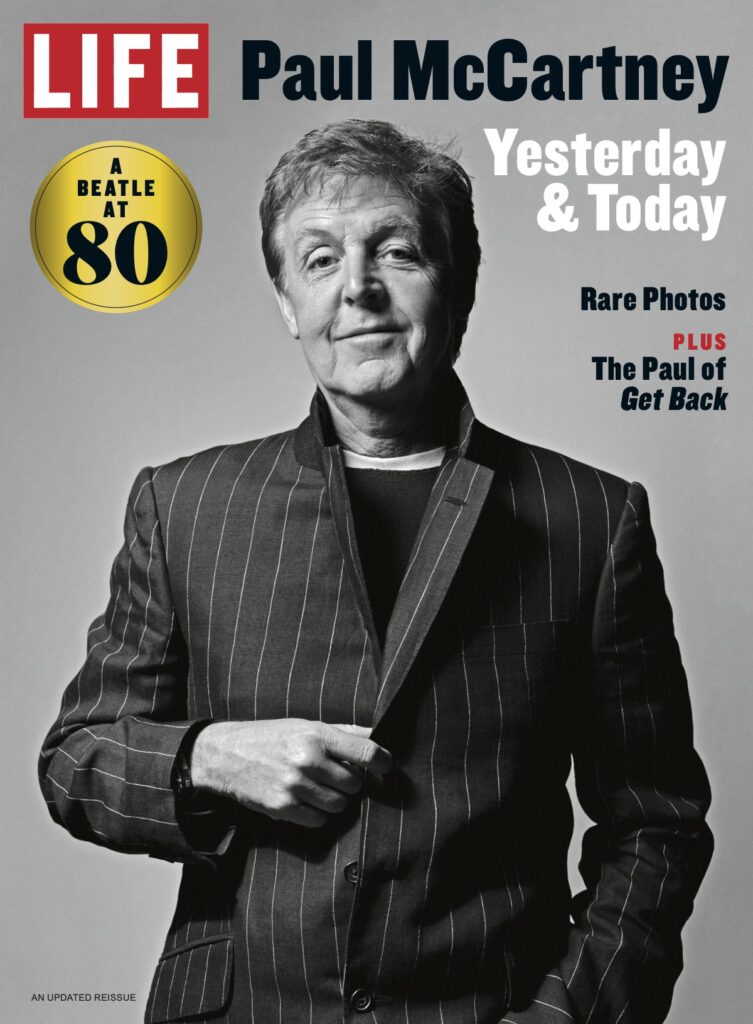 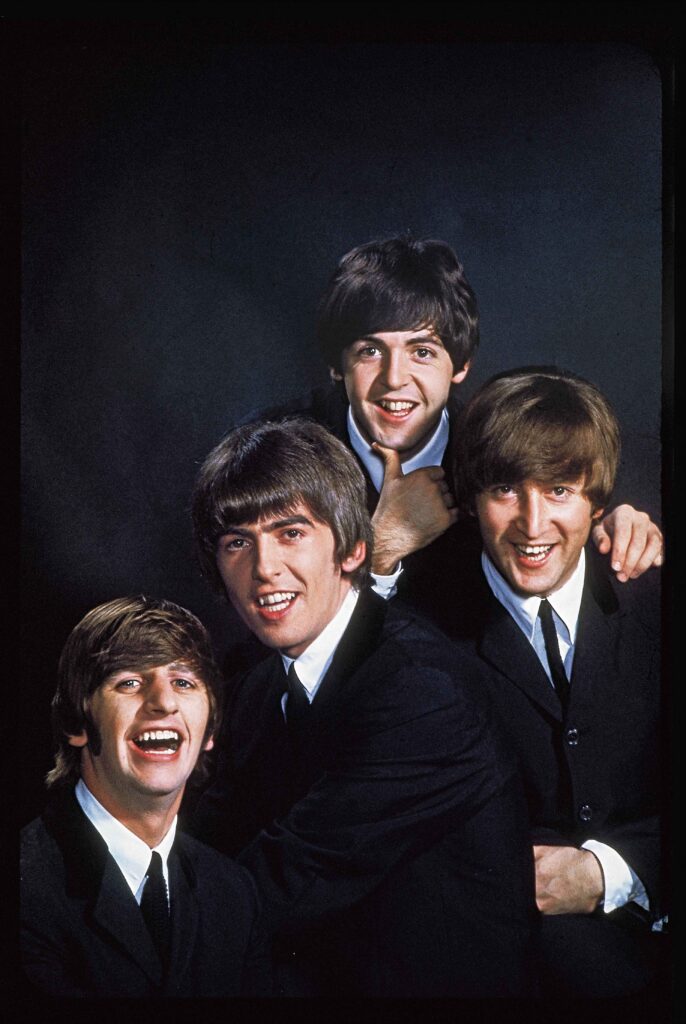 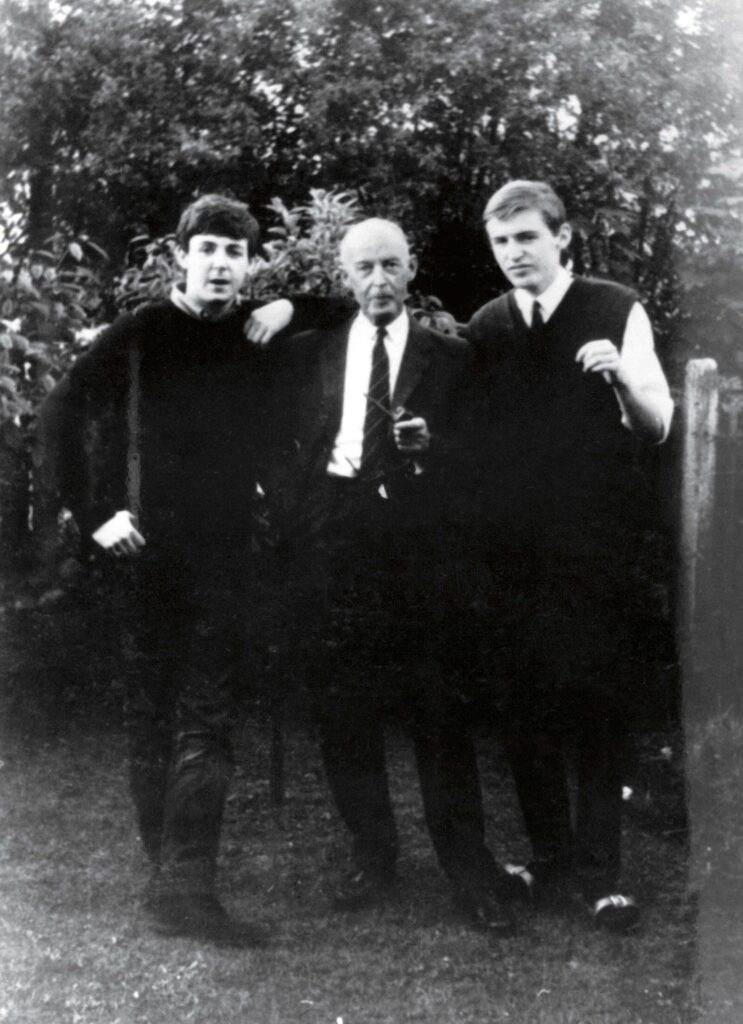 Paul McCartney, with his father and his brother Mike, circa 1960. 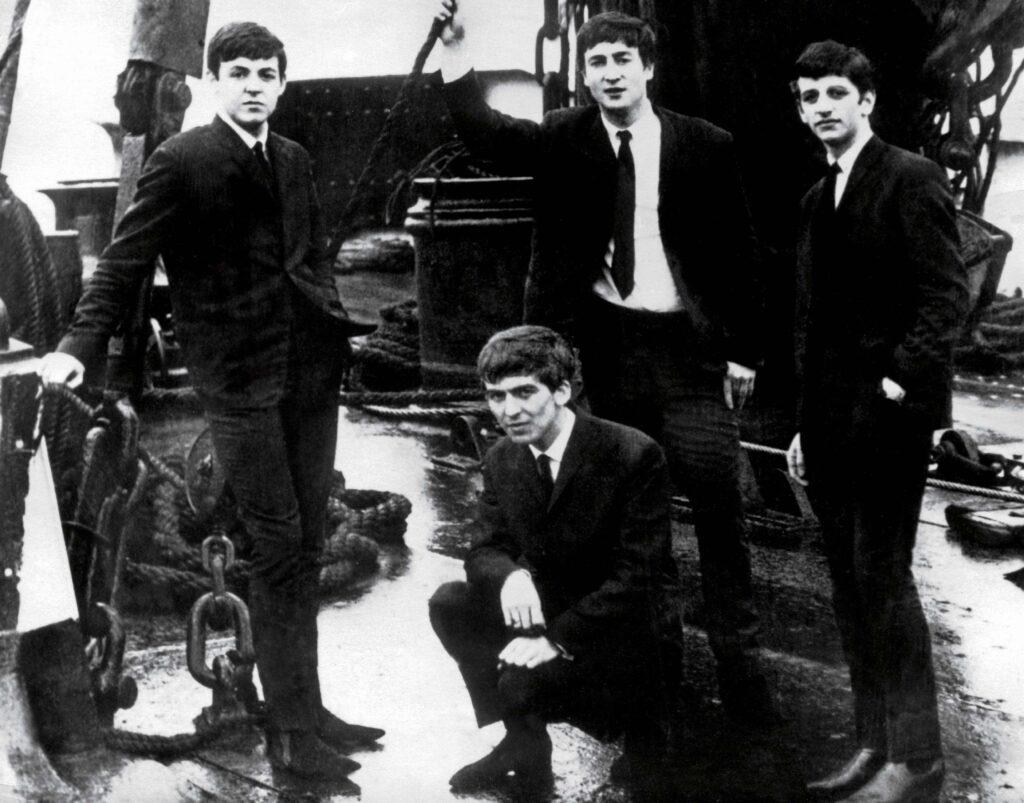 The Beatles in 1960, in the group’s earliest days. 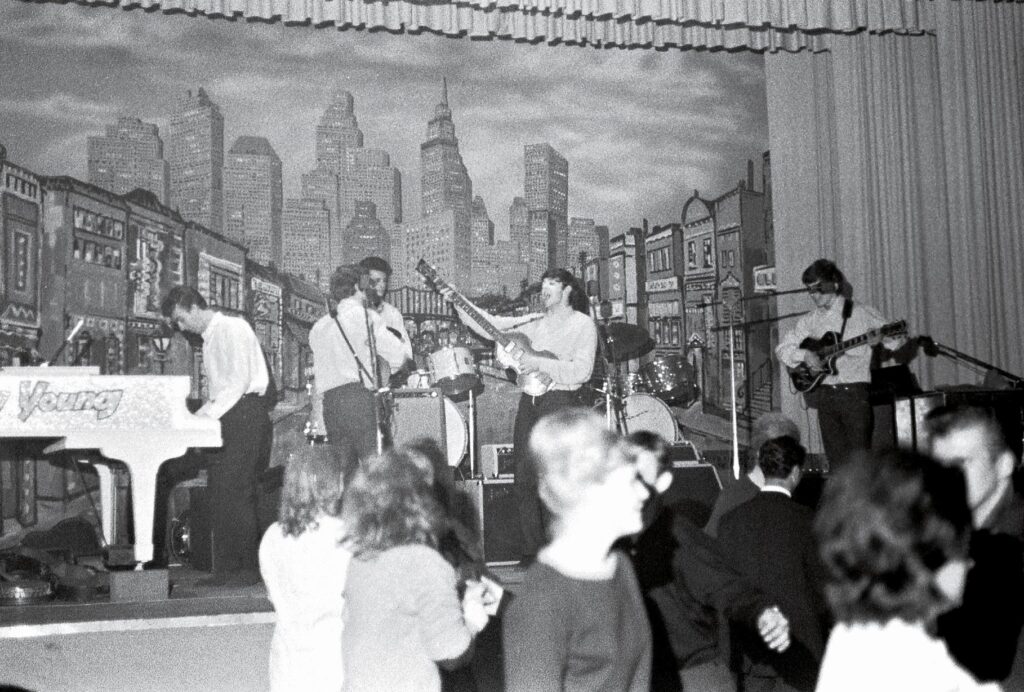 This 1962 show in Hamburg featured, in addition to Paul, John and George, guest pianist Roy Young and, on drums, Pete Best. 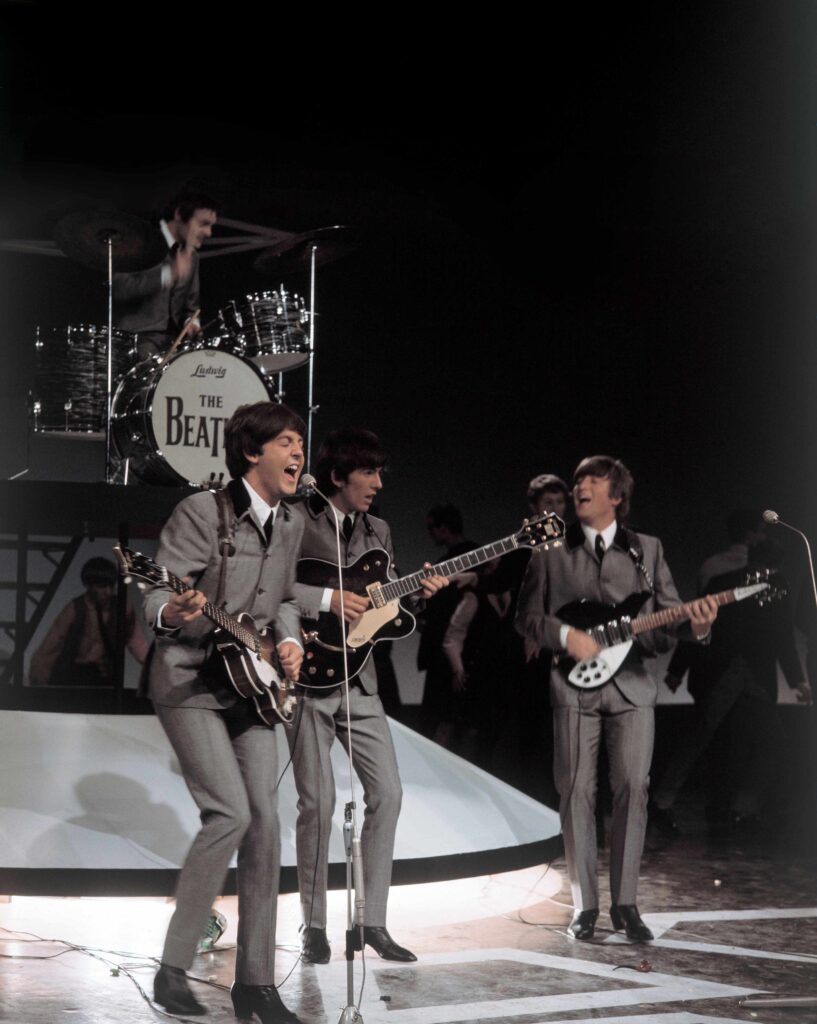 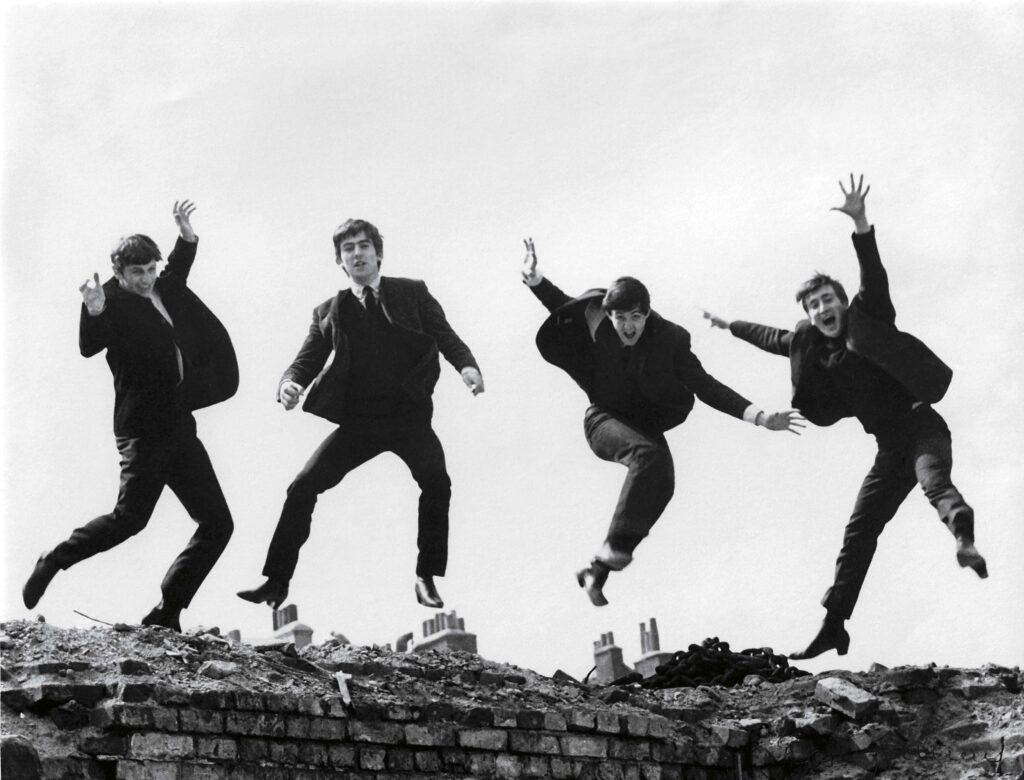 The Beatles—Ringo, George, Paul and John, from left to right—went airborne for a photo shoot, 1963. 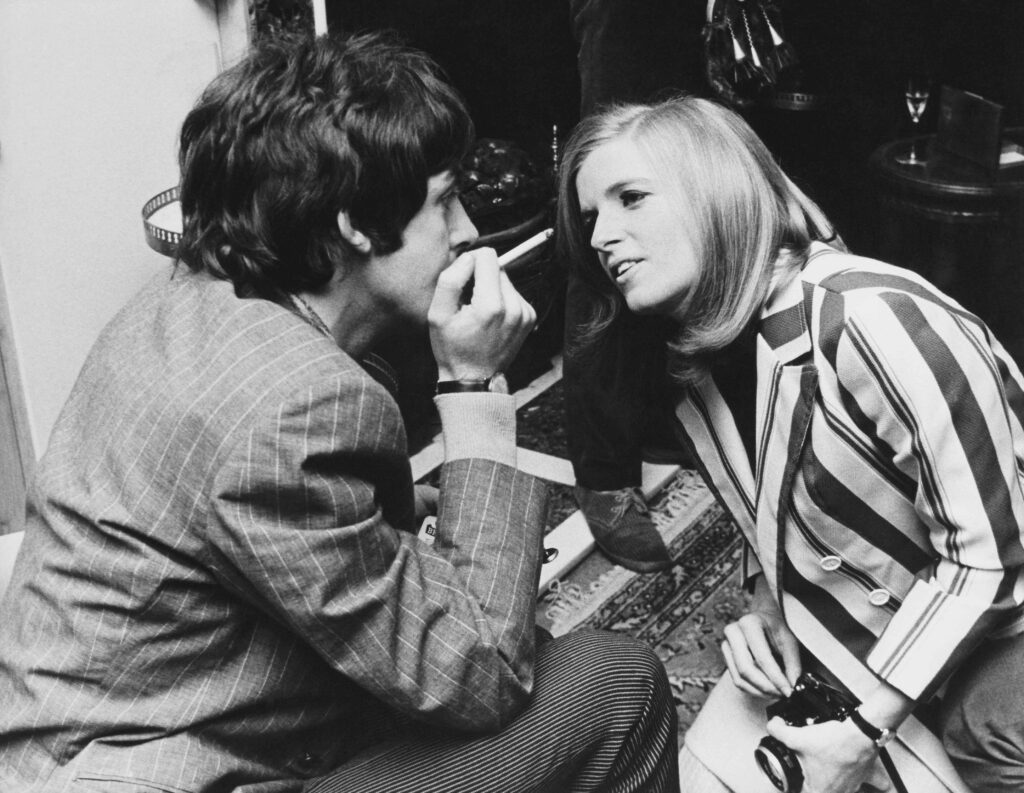 Paul McCartney and his future wife Linda in London, 1967. 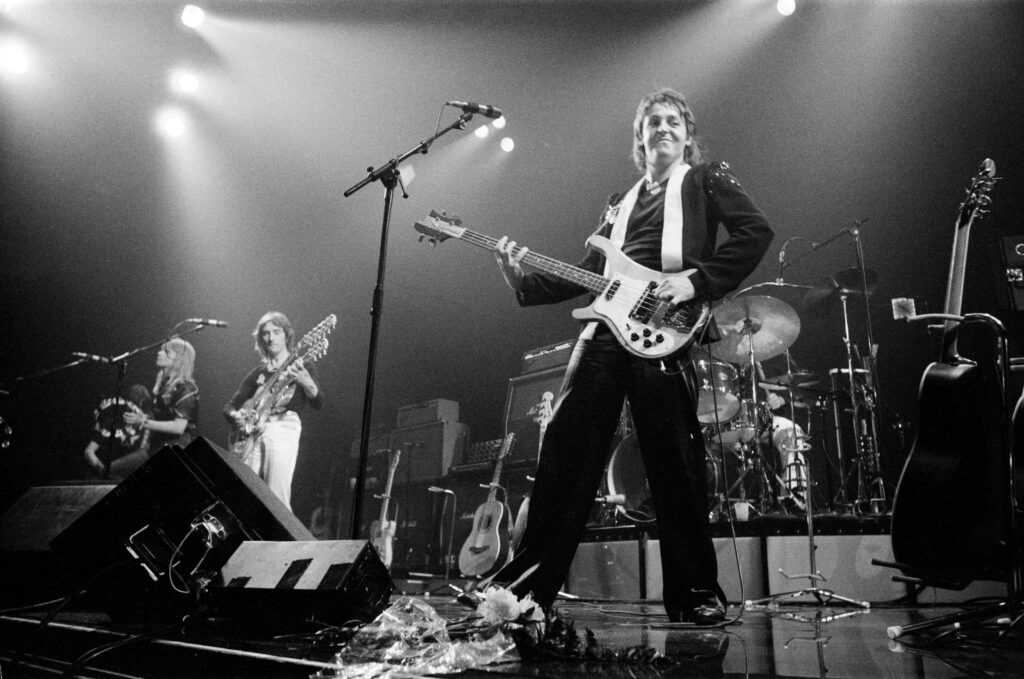 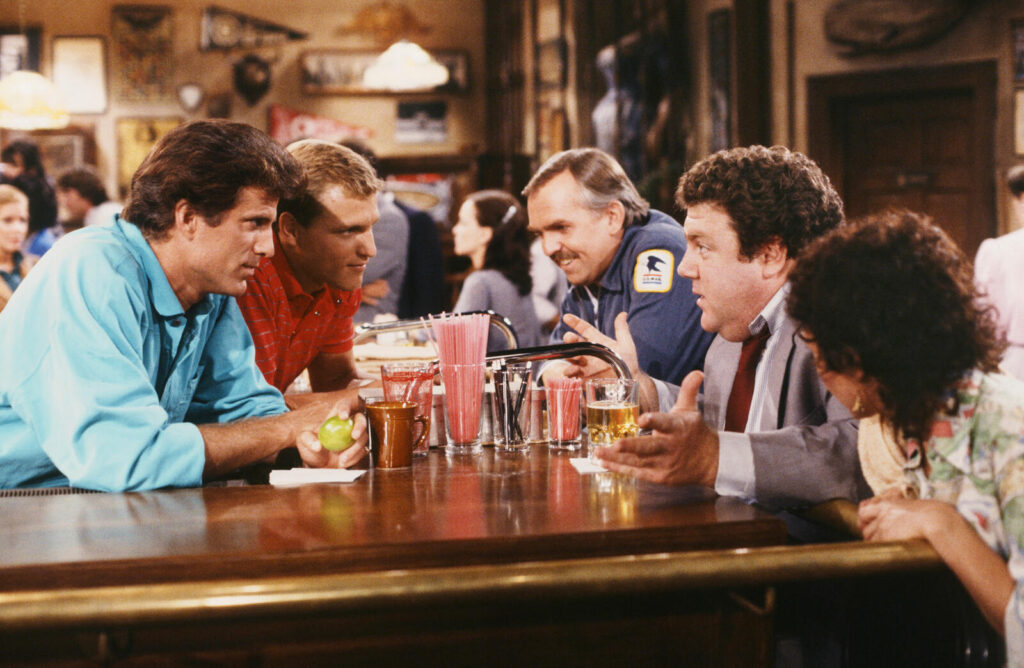 Cheers: Where Everybody Knows Your Name

Billy Joel: Just The Way He Is