The character of Batman first appeared in print in 1939, in an issue of Detective Comics, and through the decades the Caped Crusader has led the paved the path toward today’s superhero-drenched pop culture. The 1989 Batman movie starring Michael Keaton established the first superhero blockbuster franchise, and in 2005 Christopher Nolan’s Batman Begins ushered in an era of more serious films that focussed on the private anguish behind the secret identities. In 2019, the intensity got ratcheted up with the movie The Joker, which stars Joaquin Phoenix and tells a new origin story of Batman’s archenemy.

But Batman’s first popular move onto the screen had quite a different tone. If the modern Batman intends to be brooding and adult and decidedly Dark Knight-ish, back then on the TV screens the mood was playfully infantile. And the kids loved it. 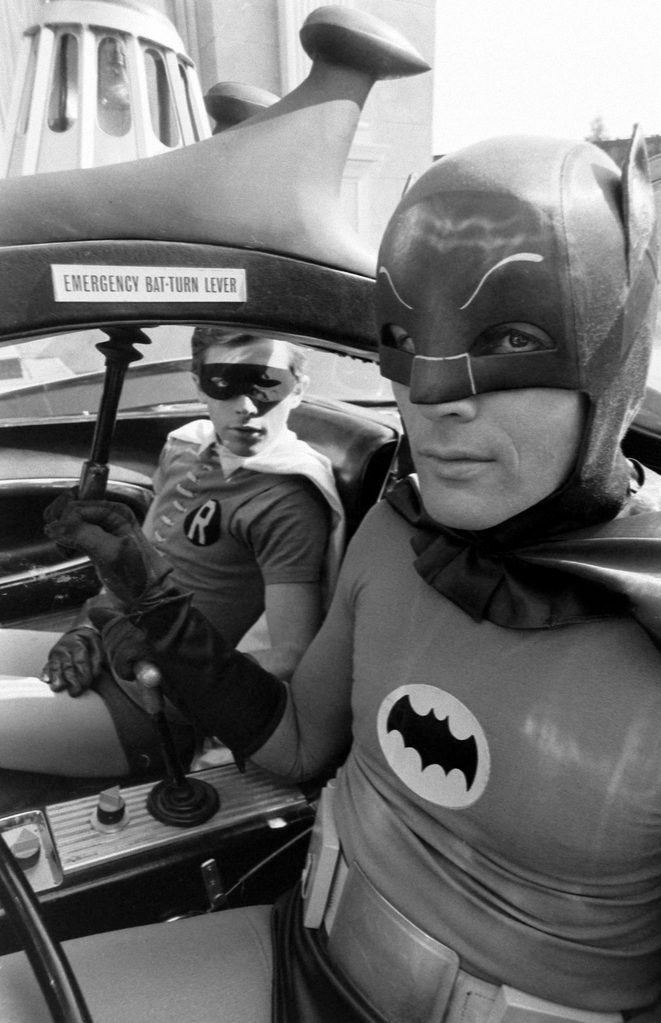 The star of the original Batman TV series was Adam West, who approached the role with a camp seriousness that suited the anti-authoritarian 60s. His Batman belonged by behind the wheel of a Batmobile with a clearly labelled “Emergency Bat-Turn Lever.”

Batman’s sidekick was Burt Ward’s Robin, who liked to say the word “holy” followed by just about anything. Examples in this compilation video tribute to his catch phrase include “Holy fruit salad,” “Holy fourth amendment,” and “Holy interplanetary yard stick.” 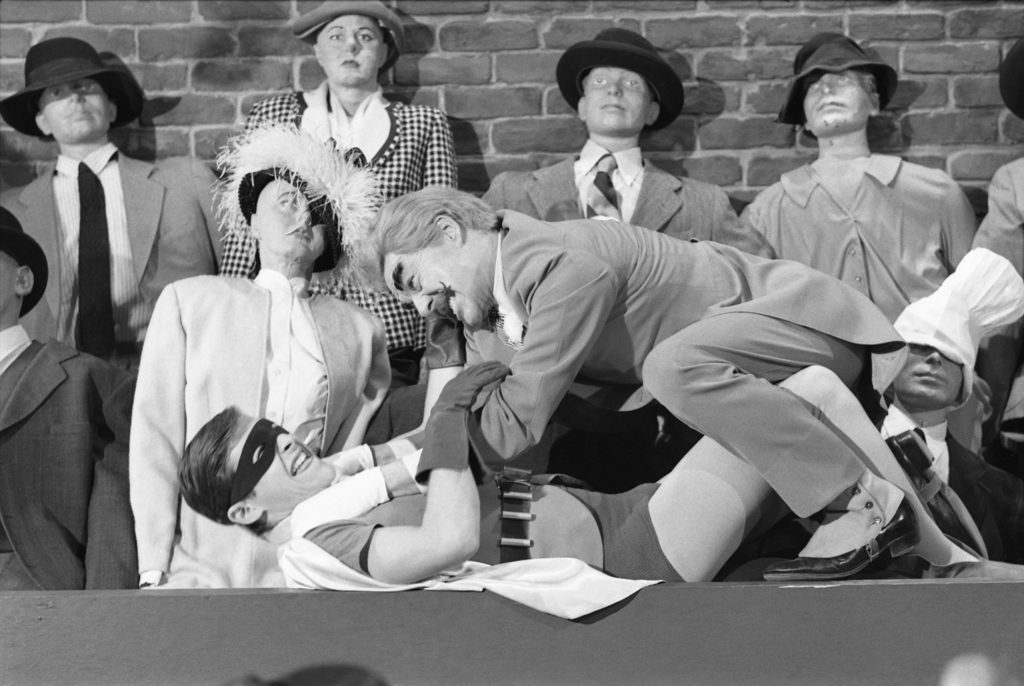 In the above photo Robin was being attacked by the Mad Hatter, played by David Wayne, who was the villain in four of the series’ 120 episodes. The mannequins represent jurors on whom the Mad Hatter was taking revenge by kidnapping them and taking their hats. The climactic fight scene is the show in a nutshell: the bass line humming, horns accentuating every punch and kick (along with a Bam! or Zok! splashed across the screen). And it is just taken for granted that the hat factory in which the scene takes place included a conveyor belt with giant mechanical blades that whirr and chop.. 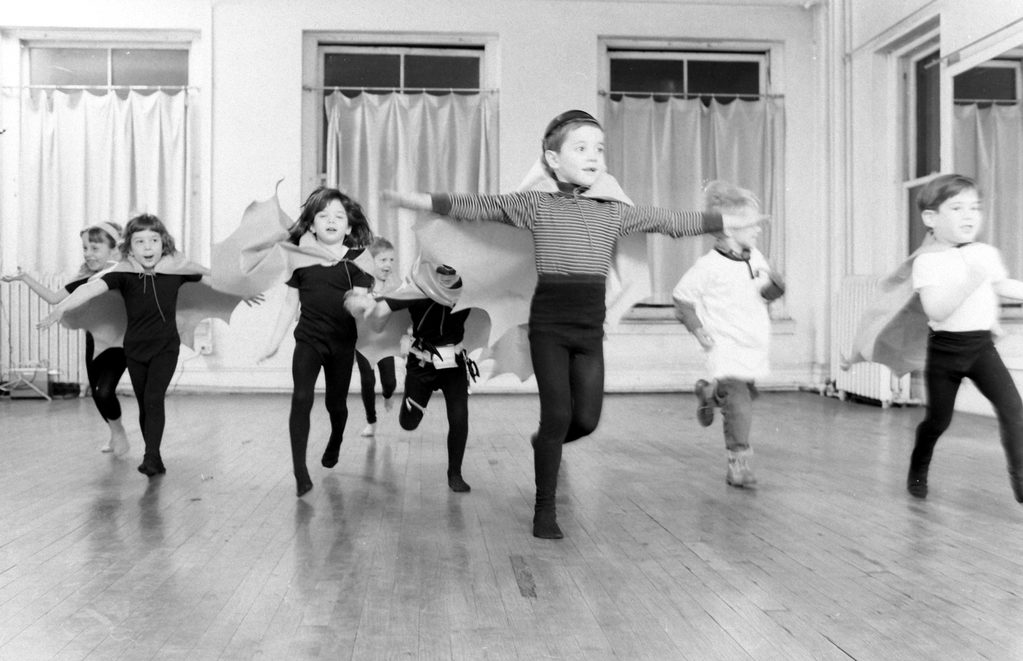 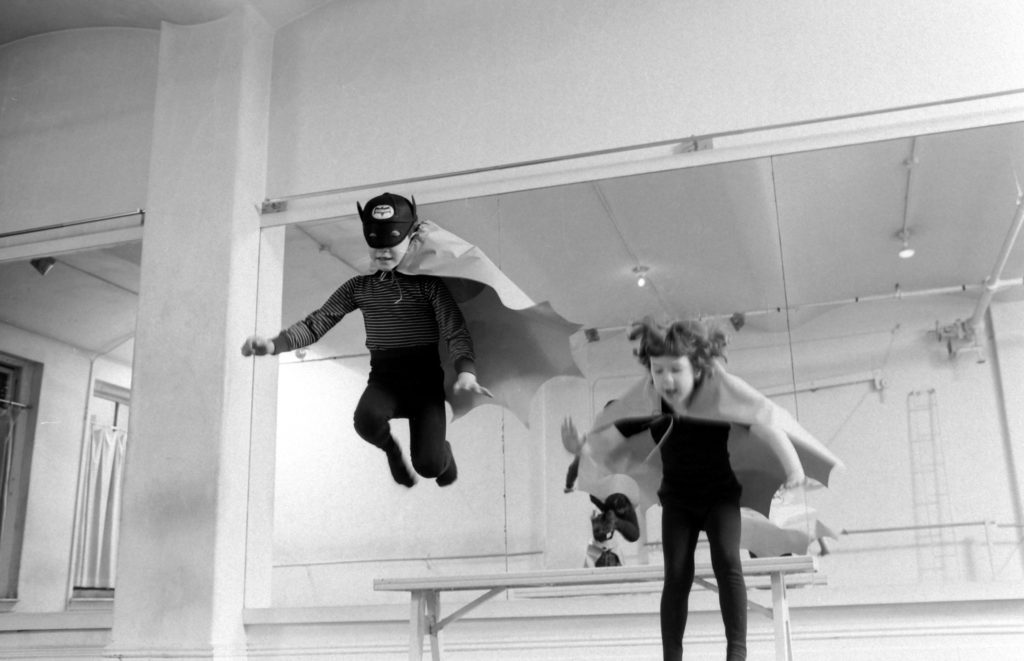 Even back then, Batman fans liked to make themselves over in his image. LIFE’s coverage of Batmania in 1966 went beyond the set to capture the first seeds of the dress-up games that have fans flocking to comic book conventions about the globe. Above, kids in a New York city dance class either don official Batman gear or fly with homemade capes. Below is a rough-looking haircut meant to mimic the lines of Batman’s cowl—and an early sign that what brings joy to the wearer might strike others as going a little too far. 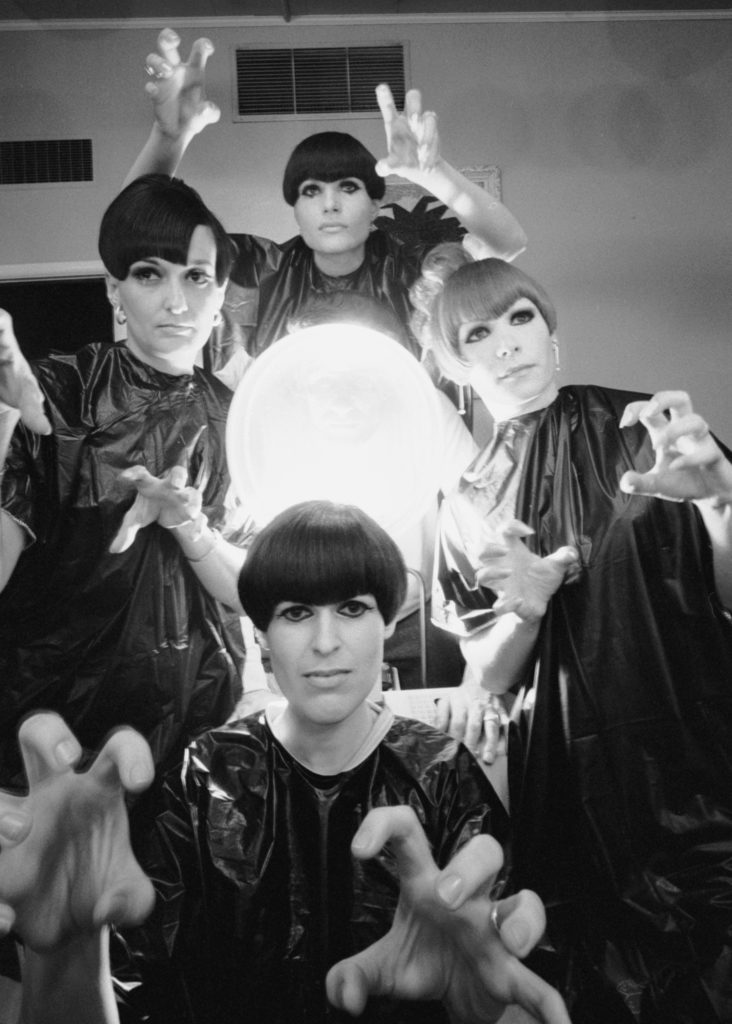