The pattern is sickeningly familiar. A new and deadly strain of flu emerges in Asia, then spreads across the world and comes to the United States. A pandemic is declared.

In 2020 the world was shaken by COVID-19, which began infecting people in Wuhan, China in late December 2019 and spread to exert its deadly touch in Europe, the U.S. and elsewhere.

In 1957 the new virus was first reported in Singapore, in February of that year, and then worked its way to Hong Kong. In June the disease had made its way to America.

In its Sept. 2, 1957 issue, LIFE reported on the race to develop a vaccine against this flu before the arrival of fall, which would make people more prone to respiratory illnesses: “For the first time in its history the U.S. has had full warning that it faces a major new epidemic.”

LIFE in that issue declared that “the government has launched the fastest medical mobilization ever attempted against an epidemic disease,” and the race for the cure began that April 1957, when forward-looking researchers from Walter Reed first began to work on developing a vaccine. The first of the photos here, which accompanied the Sept. 2 story, documented the fascinating process by which the vaccine was created, with the isolated virus being injected into an egg. After the virus multiplied inside the shell, the embryonic fluid was drawn out, the virus was killed, and the treated fluid was used as the vaccine.

The first batches of the vaccine were released while the weather was still warm, in late August and early September. The vaccine was produced quickly, but not enough to cover the entire population, and nor was it 100 percent effective. Unlike today with COVID-19, there was no mass quarantine or sheltering in place. As kids headed back to school, the number of flu patients began to multiply. In the Nov. 18 issue of LIFE, Surgeon General Leroy E. Burney predicted that “the epidemic will get worse in the next six weeks, and then decrease.”

Burney was correct, to a point. While this flu seemed to abate after Thanksgiving, it proved resurgent, and cases spiked again in early 1958. By the end, according to CDC statistics, the pandemic was tied to 110,000 deaths in the United States, and 1.1 million around the world. 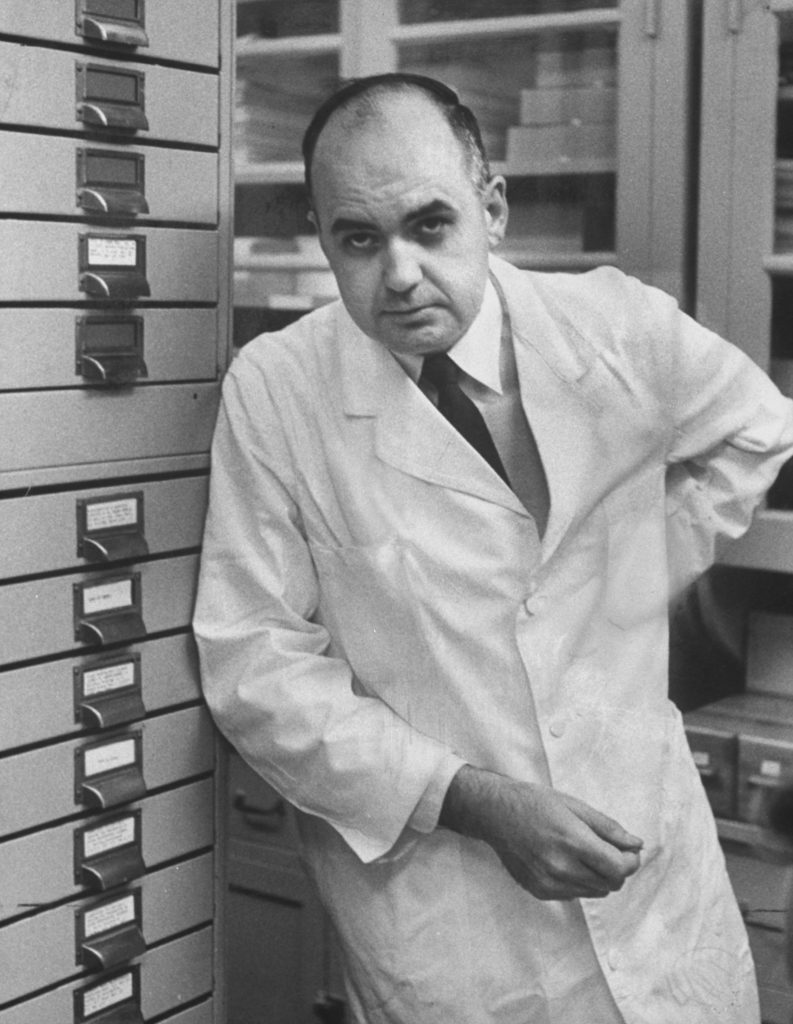 Dr. Maurice Hillman of the Walter Reed Army Institute of Research acquired flu specimens from Japan on April 18, before anyone in the U.S. was infected, and by May 18, his team had the virus isolated. He then gave the virus to six drug firms to develop a vaccine. 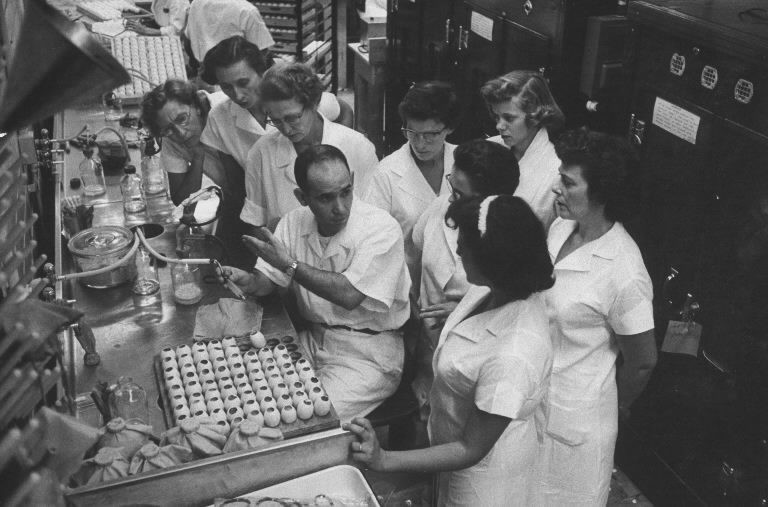 Creating the flu vaccine involved injecting the virus into eggs, where it multiplied. The virus-laden embryonic fluid was then siphoned out, and the virus was killed. That purified fluid became the vaccine. In this photo Jeff Cesarone at the Merck Sharp and Dohme plant in West Point, Pa.,explained the process. 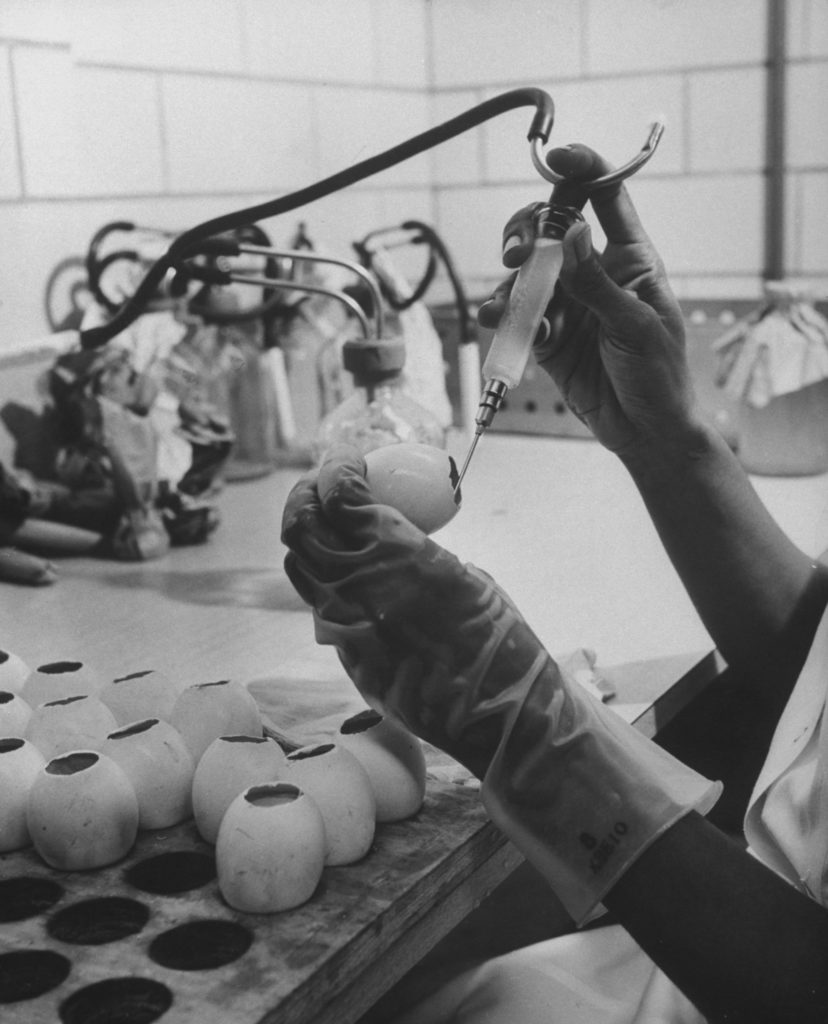 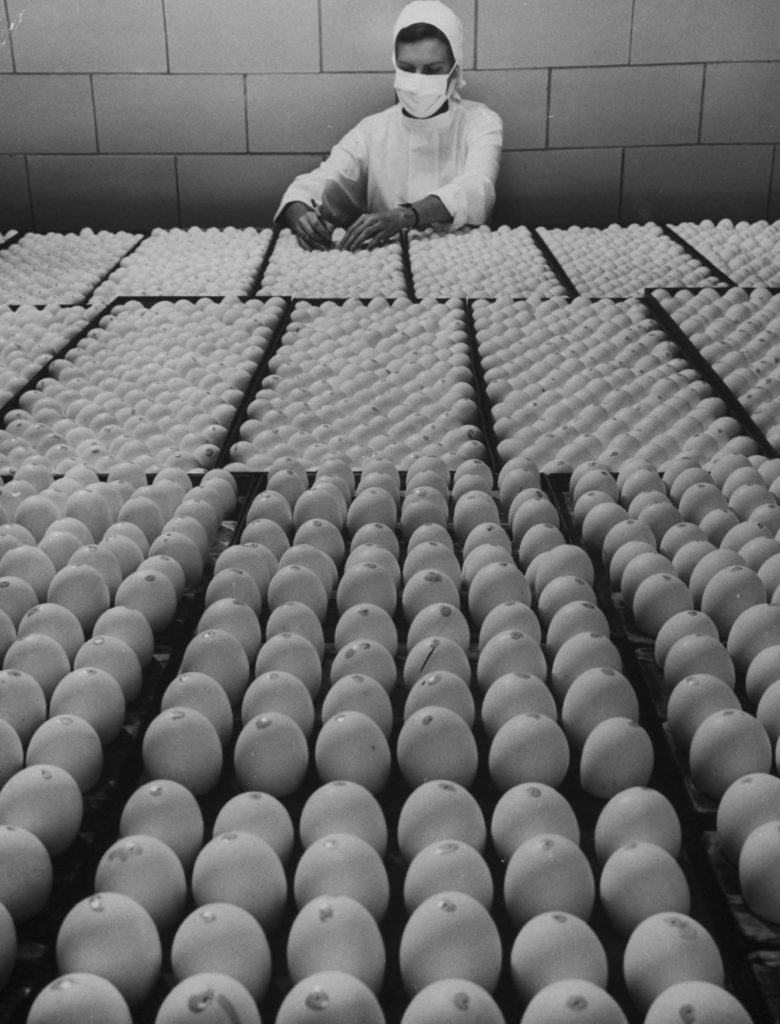 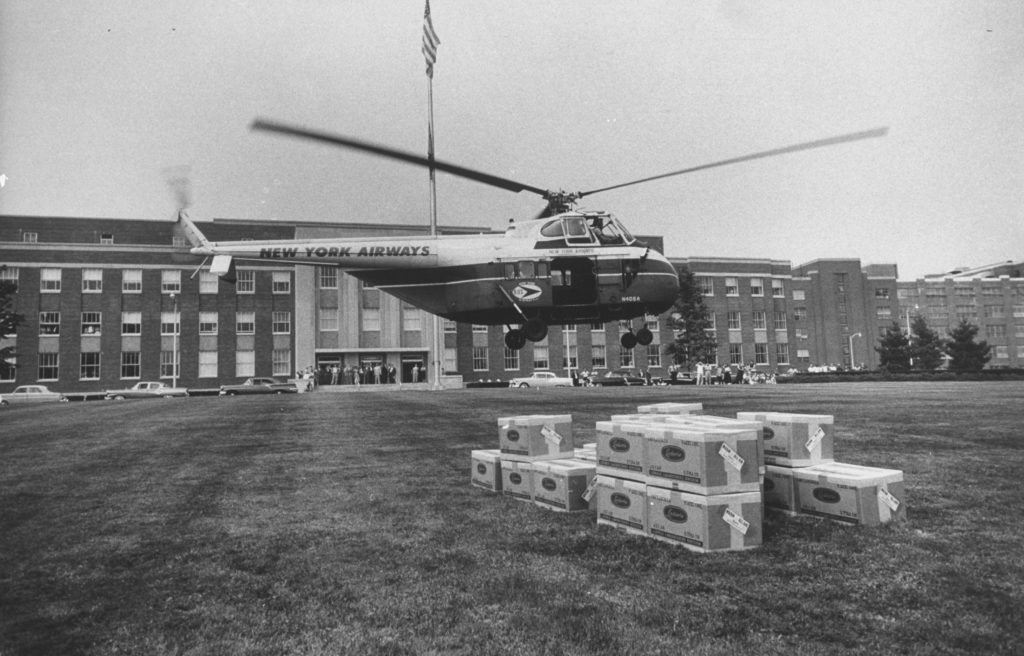 Crates of flu vaccine were rushed by helicopter from Cyanamid’s Lederle Labs to New York. 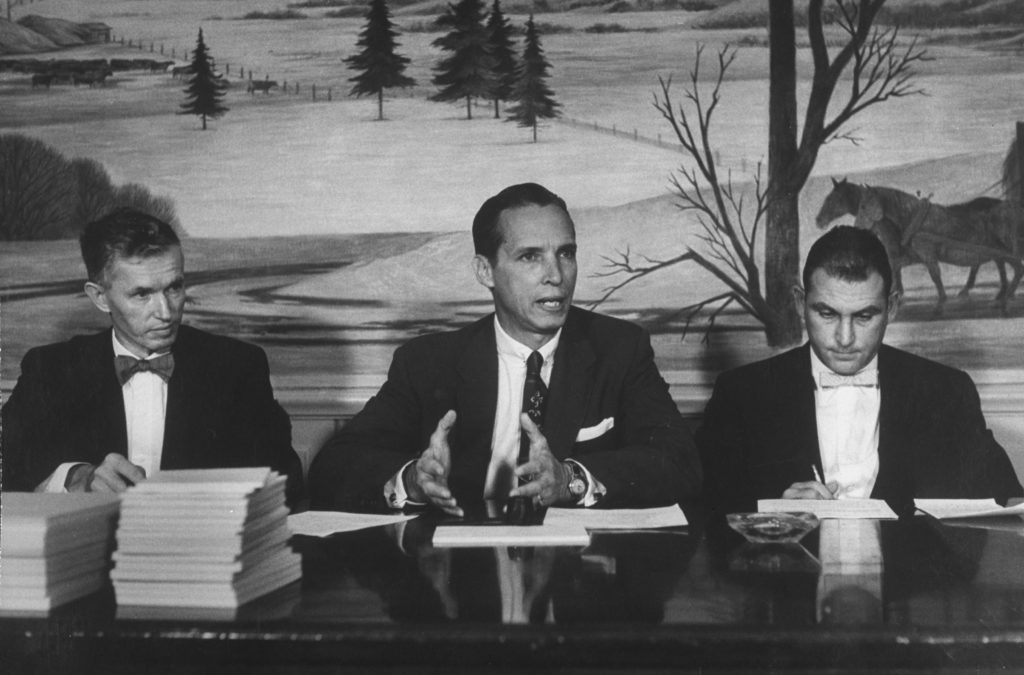 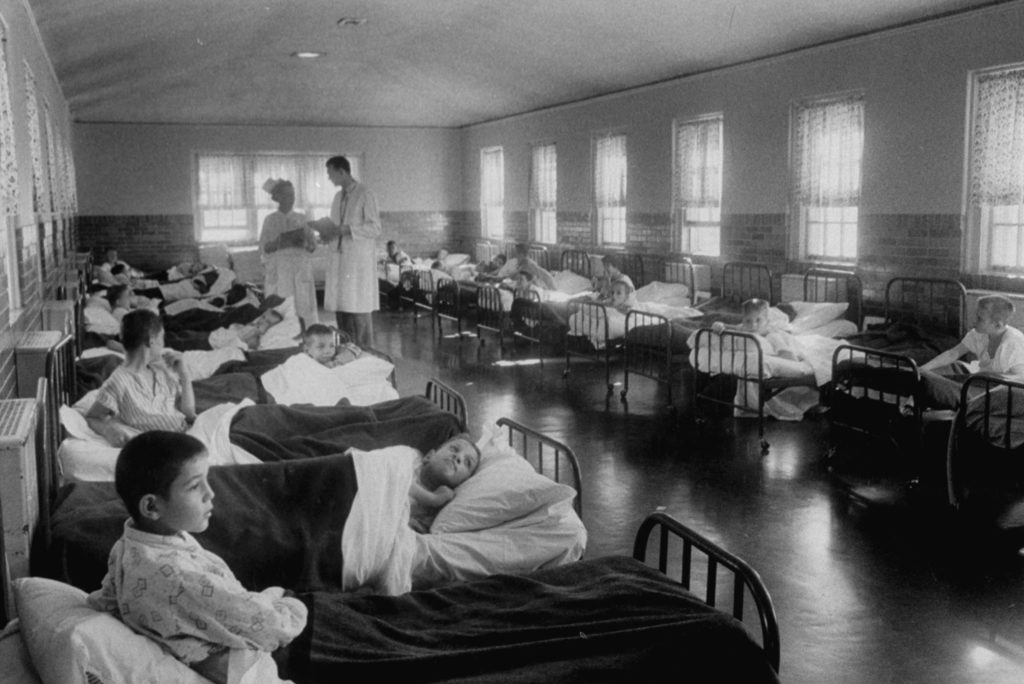 In October 1957 the flu landed at the Dixon State School in Illinois, which worked with children who were intellectually disabled. 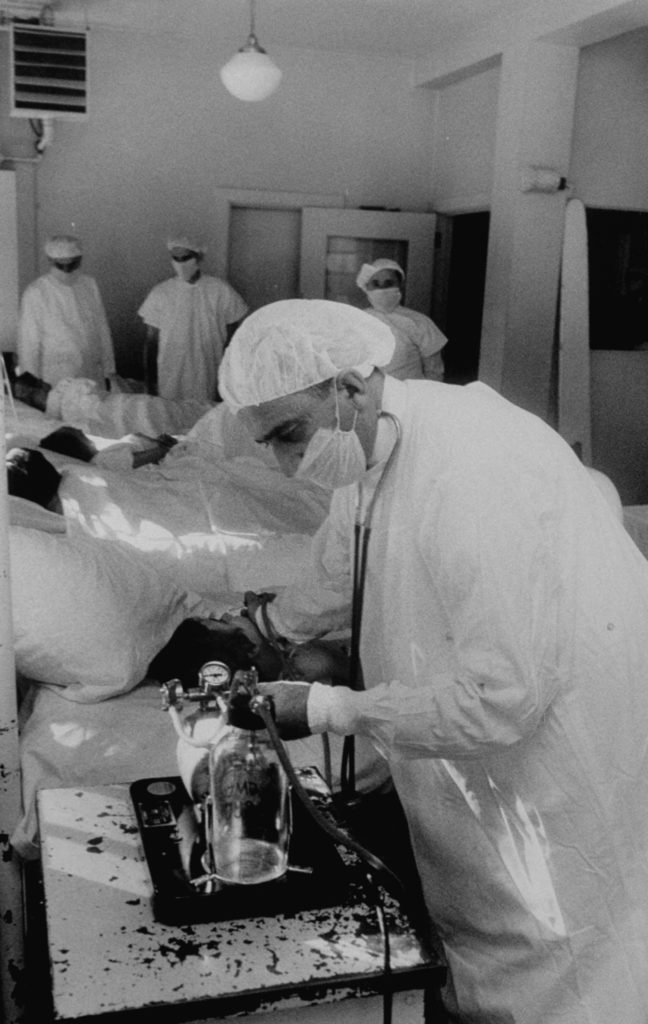 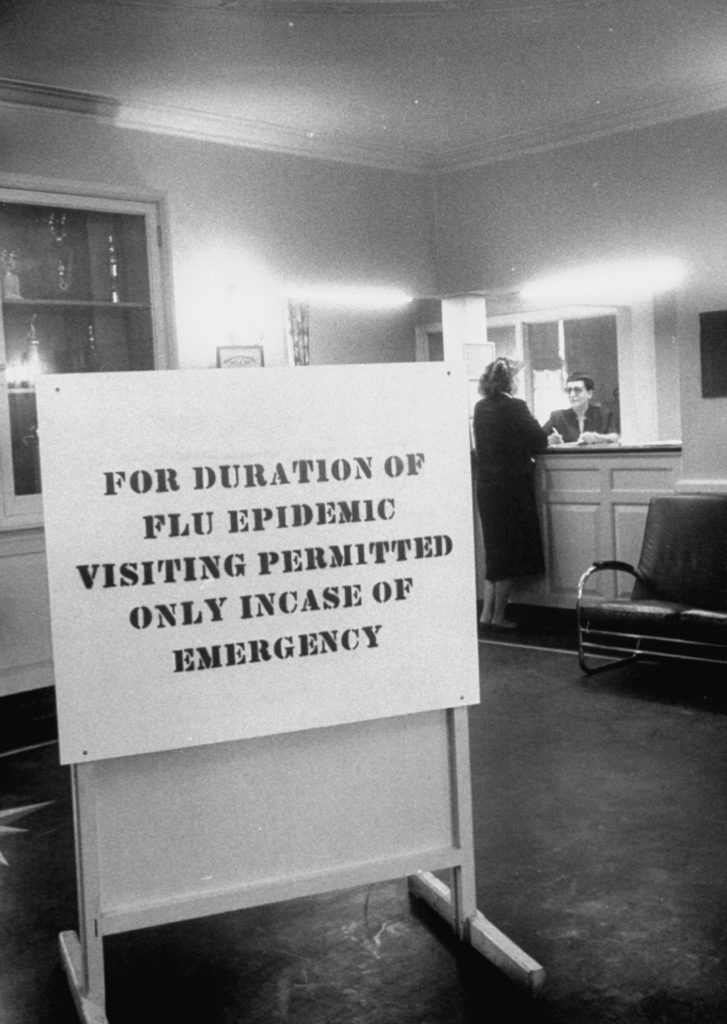 This sign announced restrictions to visitors at the Dixon State School. 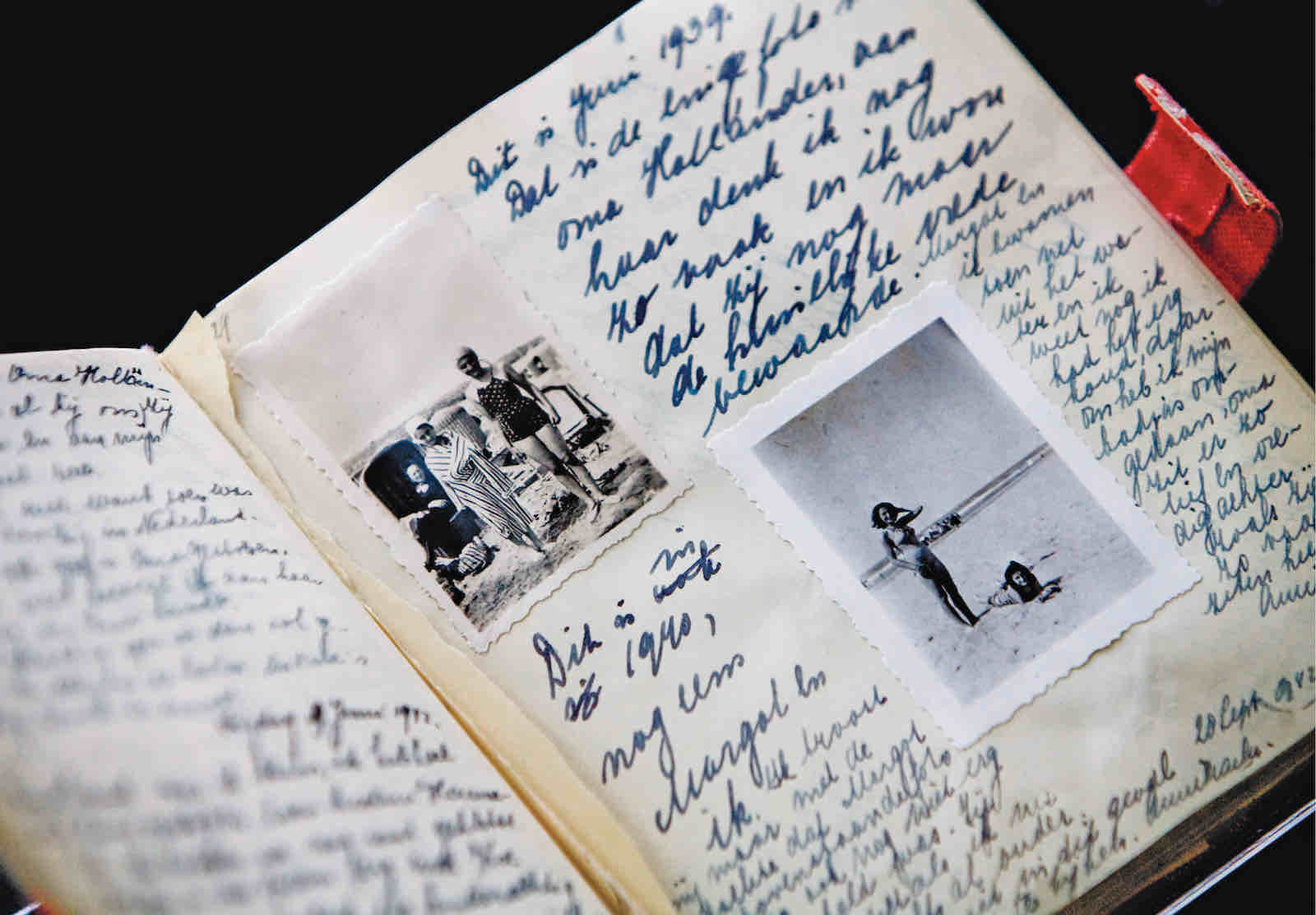 Anne Frank: Her Life and Her Legacy 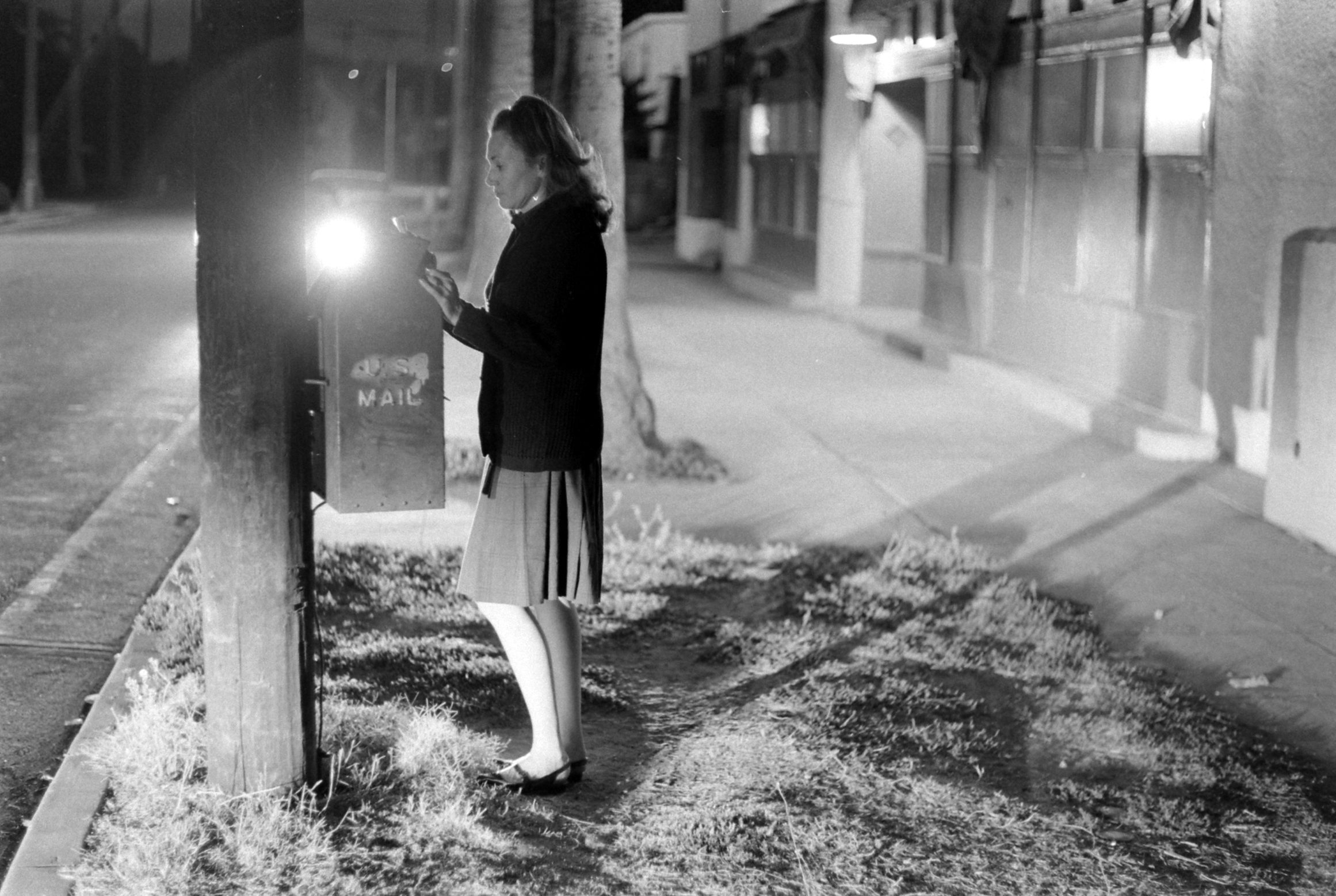 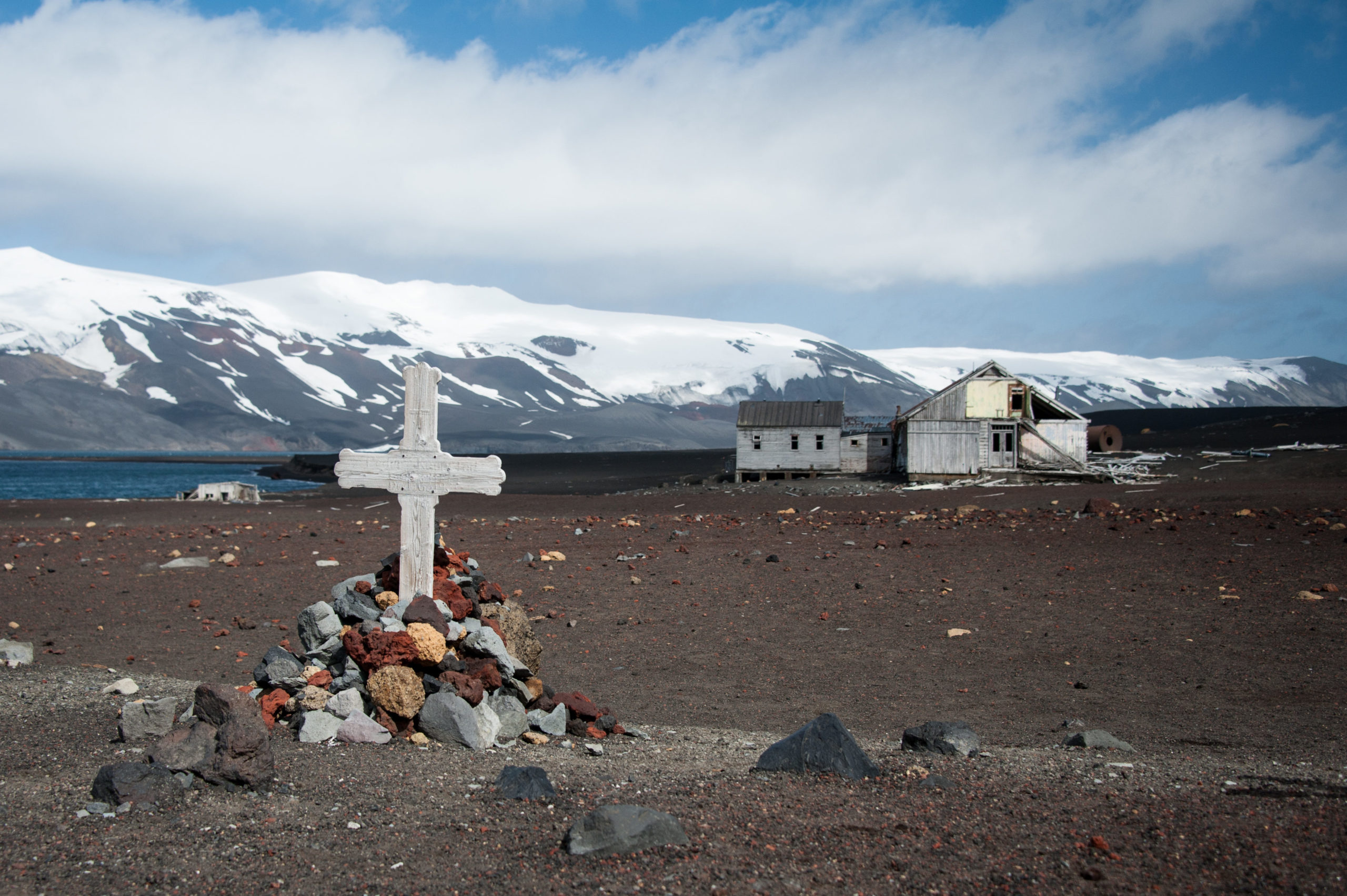 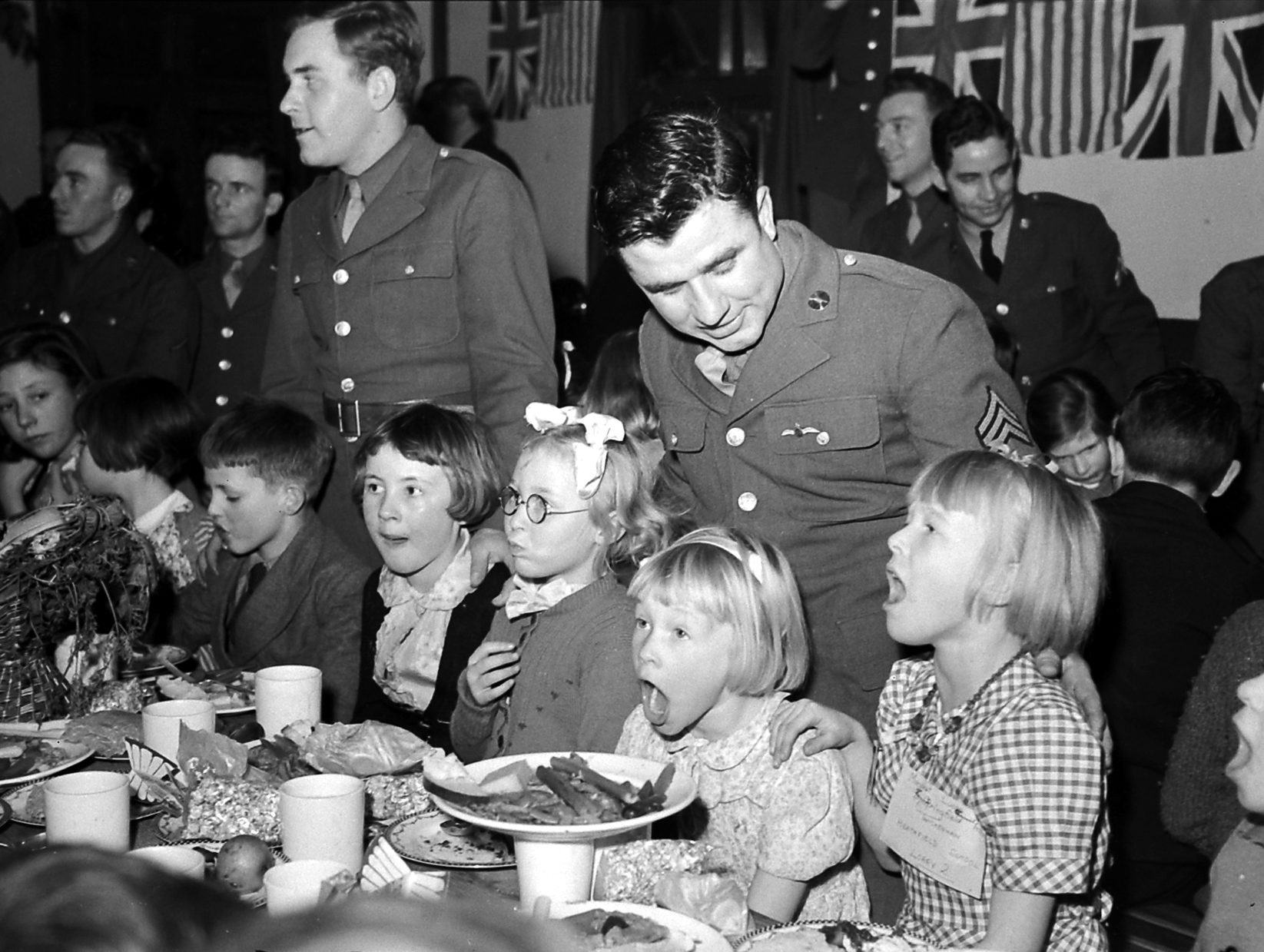