Walt Disney worked with a mechanist on two tiny figures that were part of an animatronic barbershop quartet at his theme park.

The following is from LIFE’s special tribute issue to the Disney theme parks, available on newsstands and online:

Walt Disney spent his life dreaming impossible dreams—and usually realizing them. In 1928, he created the first animated short with synchronized sound (Steamboat Willie), which turned Mickey Mouse into an international superstar. Less than a decade later, Disney released the first full-length animated feature (Snow White and the Seven Dwarfs), which became the most successful American film up to that point. And in the early 1950s, Walt dreamed the most impossible dream of them all: an amusement park to end all amusement parks. He would call it Disneyland.

Though it’s hard to believe now, the park’s success was anything but certain. In fact, Roy Disney—Walt’s brother and financial partner—thought it was yet another one of “Walt’s screwy ideas,” and bankers refused to lend the company a dime. “When he started Disneyland, he didn’t have a friend in the world,” one colleague said. But Walt persevered, as always. “Sometimes I wonder if ‘common sense’ isn’t another way of saying ‘fear,’” he said. “And fear too often spells failure.”

Of course, he kept dreaming, making plans for an even more ambitious park (Walt Disney World) that would include a place that he felt would transform the country’s future (EPCOT). Sadly, he didn’t live to see these become a reality, but the spread of Disney parks throughout the world (Tokyo, Paris, and Shanghai among them) and the astronomical ongoing success of the company he founded prove beyond a doubt that Disney’s “impossible” dream endures.

Here are some images from LIFE’s special issue Inside the Disney Theme Parks: The Happiest Places on Earth 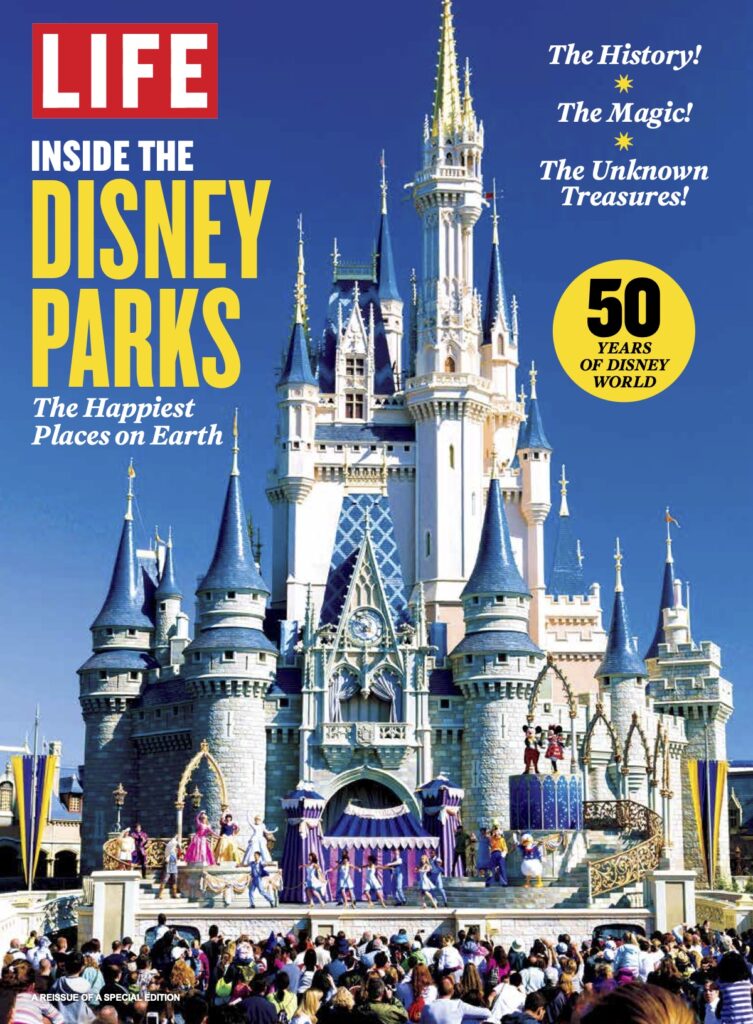 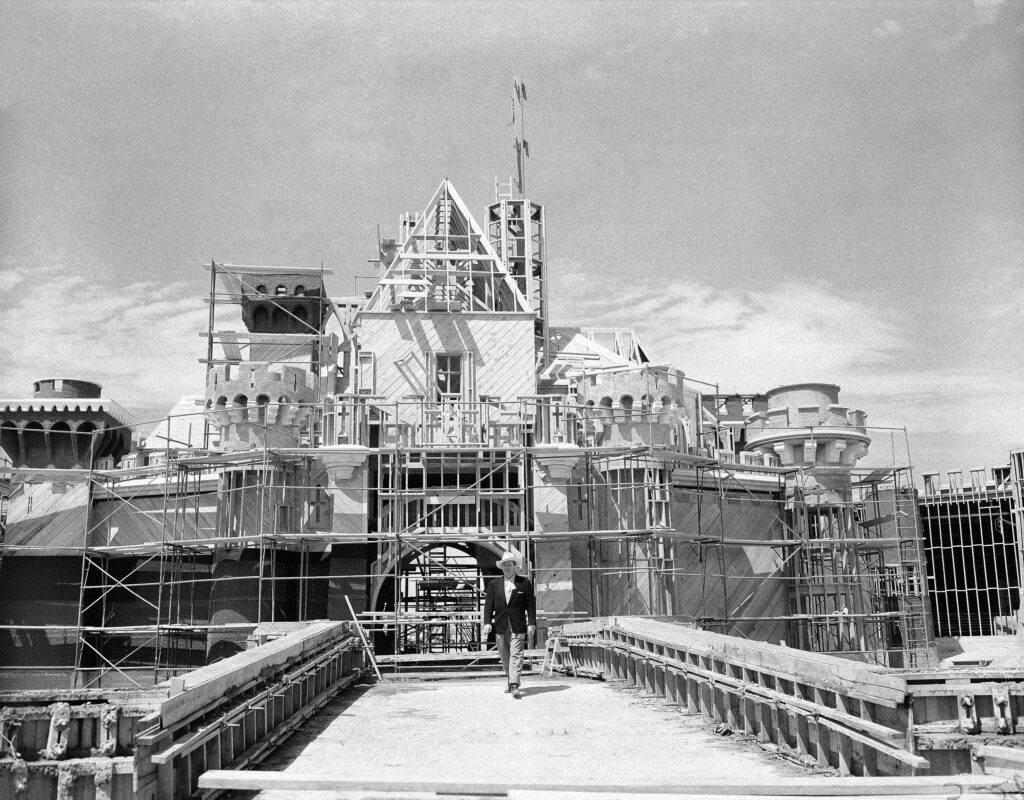 Walt Disney crossed the drawbridge that serves as the entrance to Sleeping Beauty Castle in the heart of Disneyland, circa 1955. The original site of the castle proved to be overrun with feral cats, which Disney took pains to save. 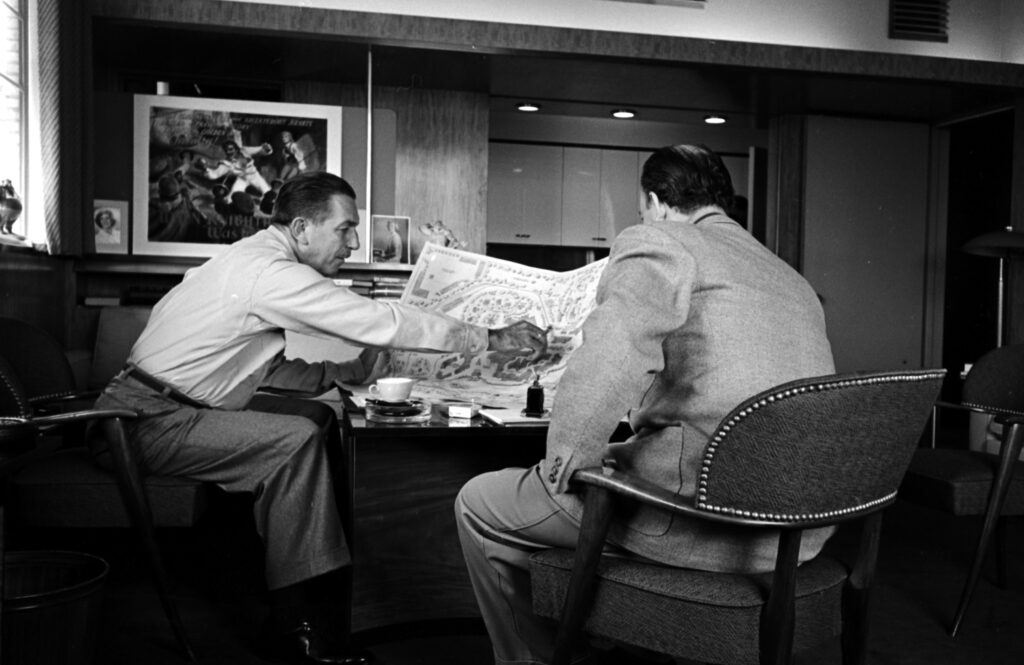 Disney in his Burbank office with one of his most important artists, John Hench, discussing the map of Disneyland that Walt called “the $5 million layout.” The most important element was the castle, Walt told artist Herb Ryman, who made the first maps of Disneyland. “Make it tall enough to be seen from all around the park,” he said. 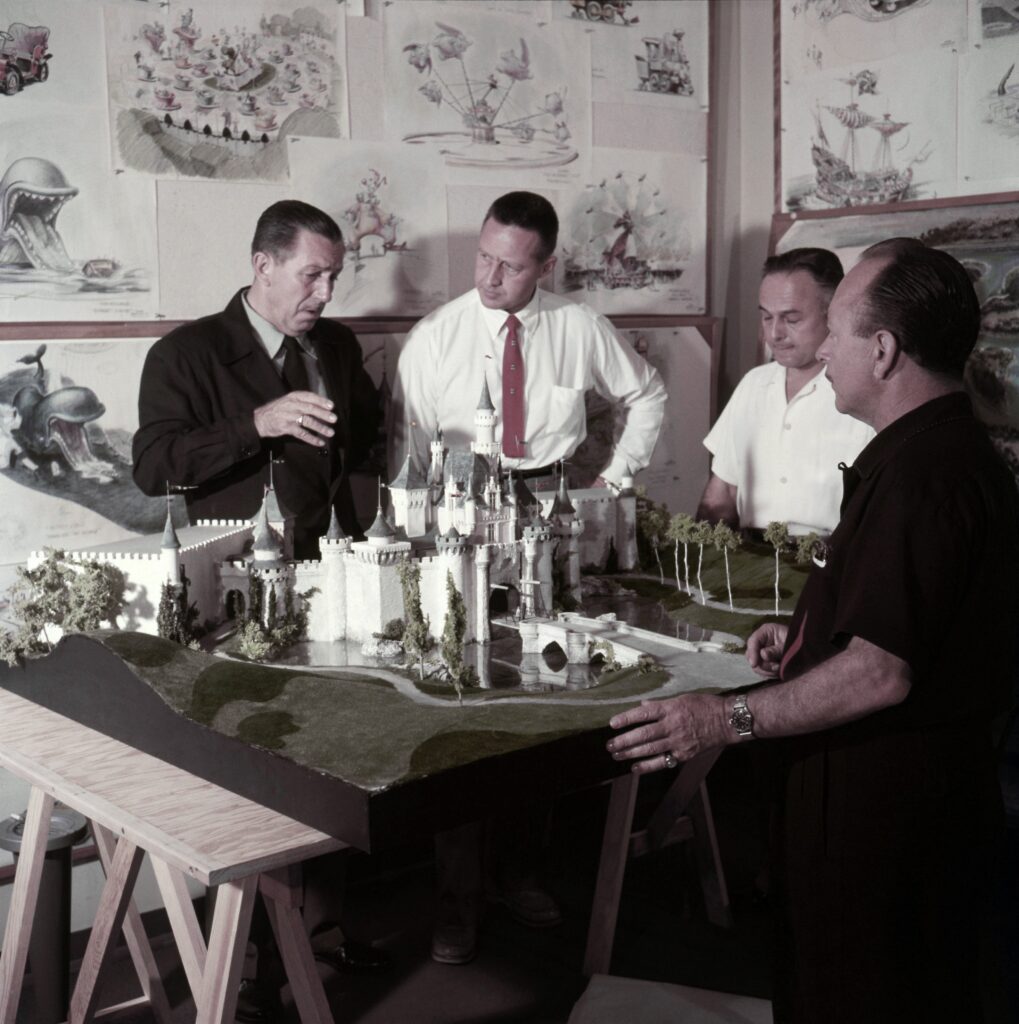 Disney discussed his new park with some imagineers in Los Angeles in 1954. “Imagineers” is the term Disney used to refer to the film studio creatives who brought their cinematic sensibility to the theme park, which was the first park to tell a story, like a movie. 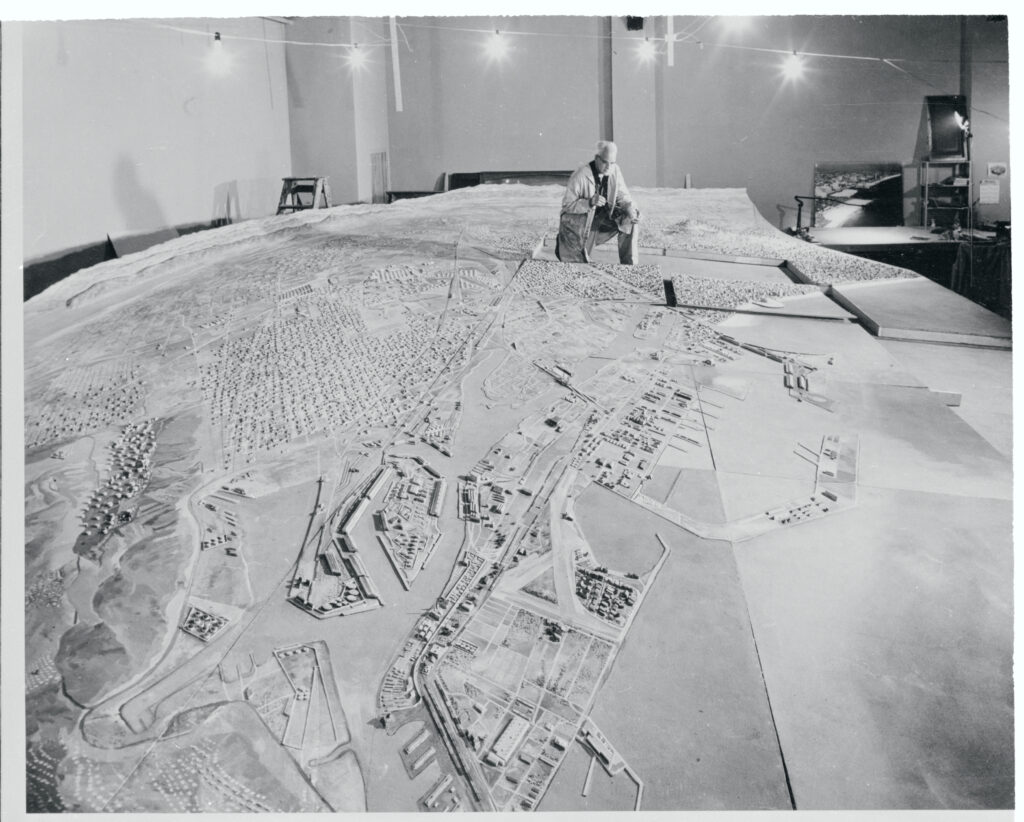 Artist William J. Koch touched up a model of the Los Angeles basin, part of “The World Beneath Us,” a show featured in Disneyland. 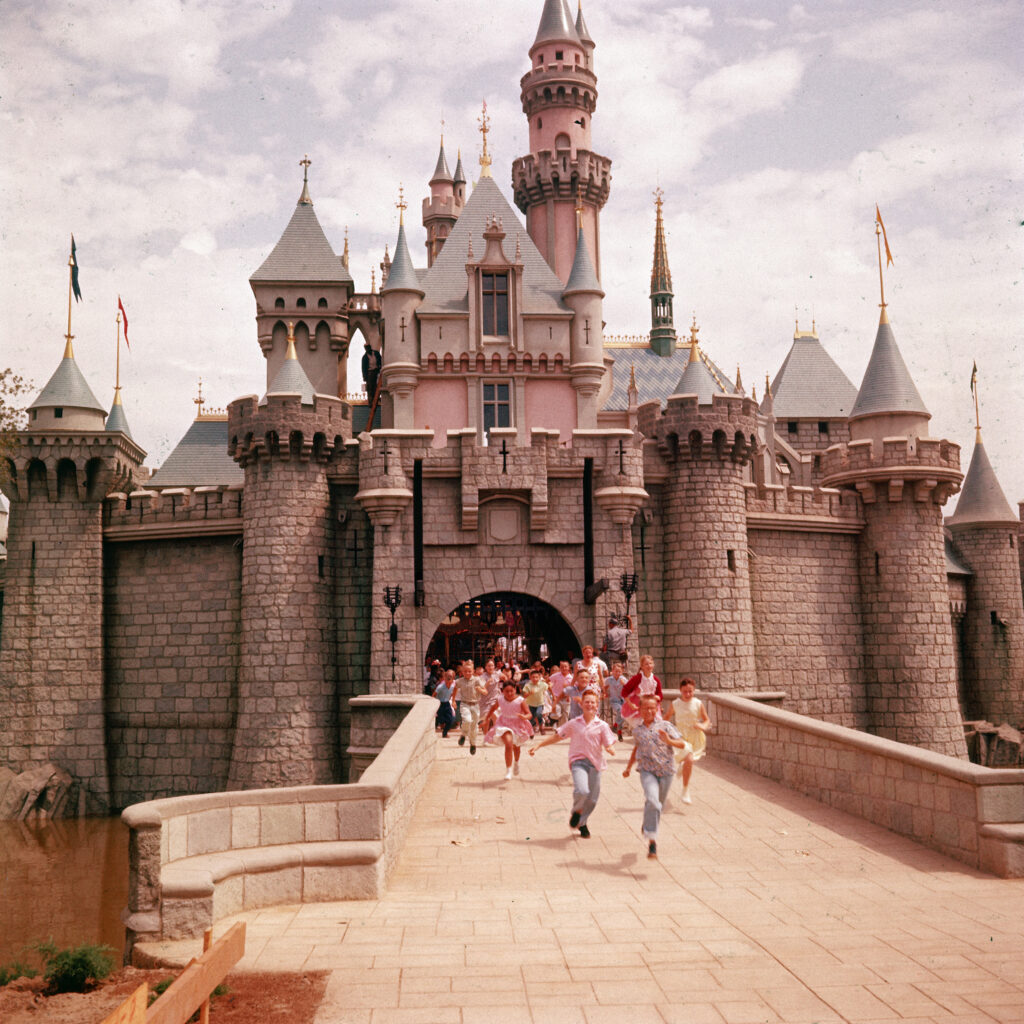 Children running through the gate of Sleeping Beauty Castle, the centerpiece of Disneyland. “I don’t want the public to see the world they live in while they’re in the park,” Disney said. “I want them to fee they’re in another world.” 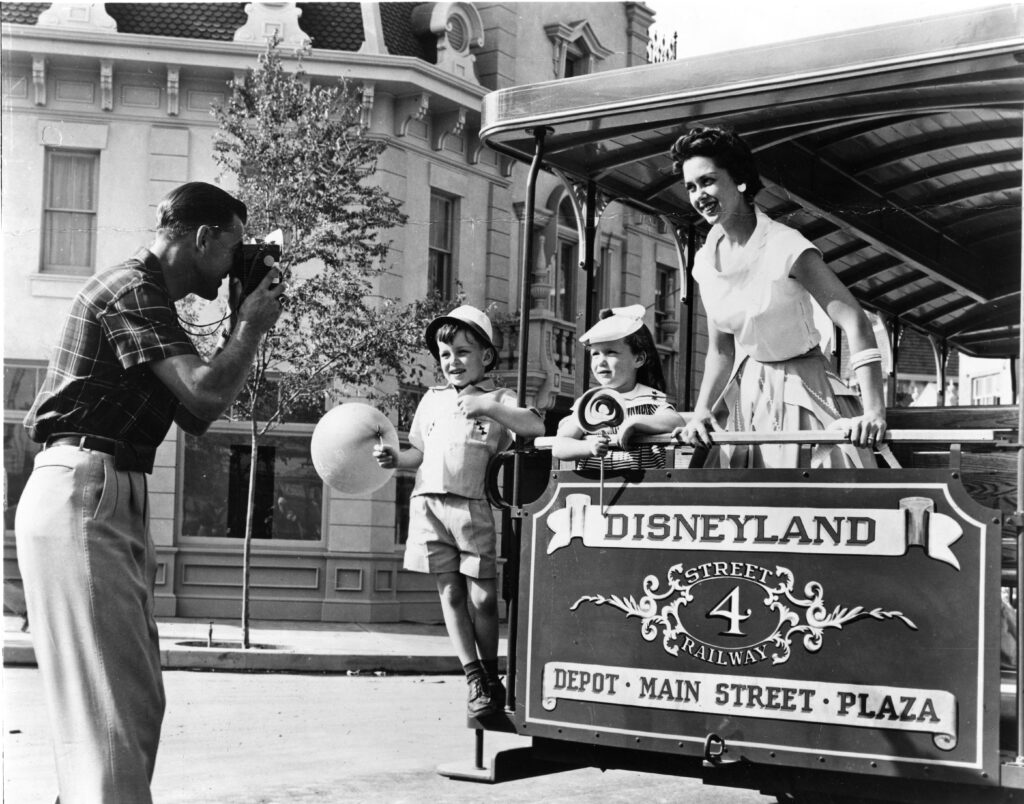 A family visited the park during opening week, 1955. 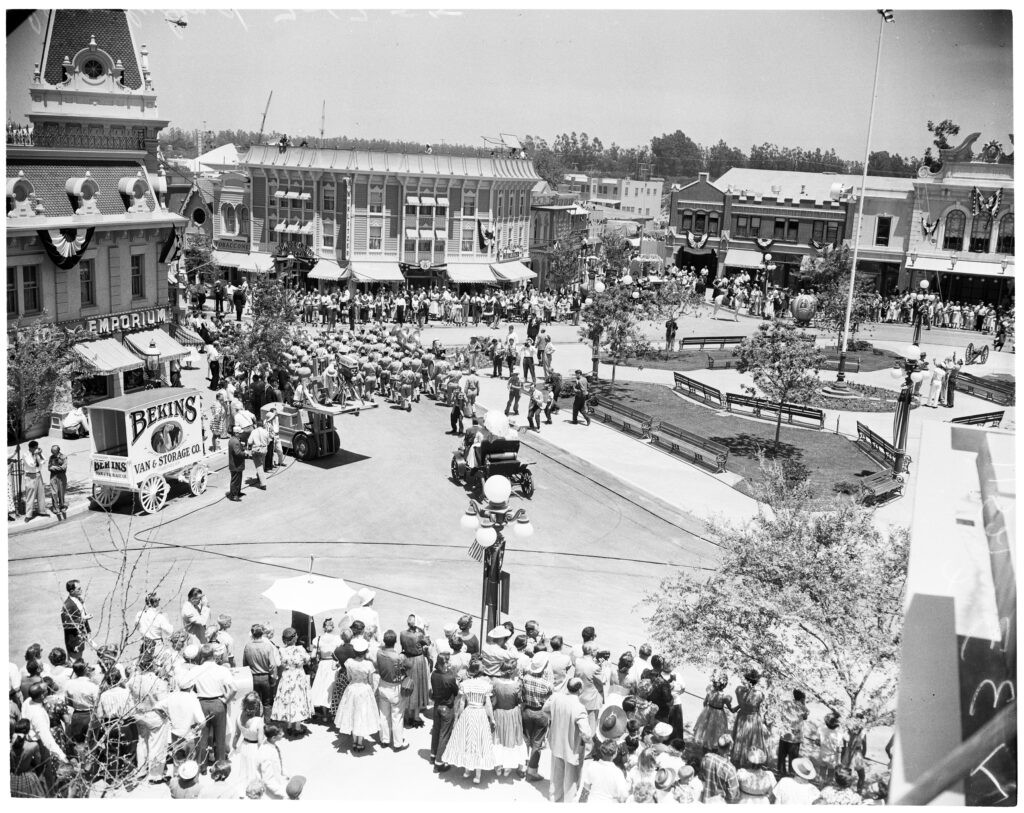 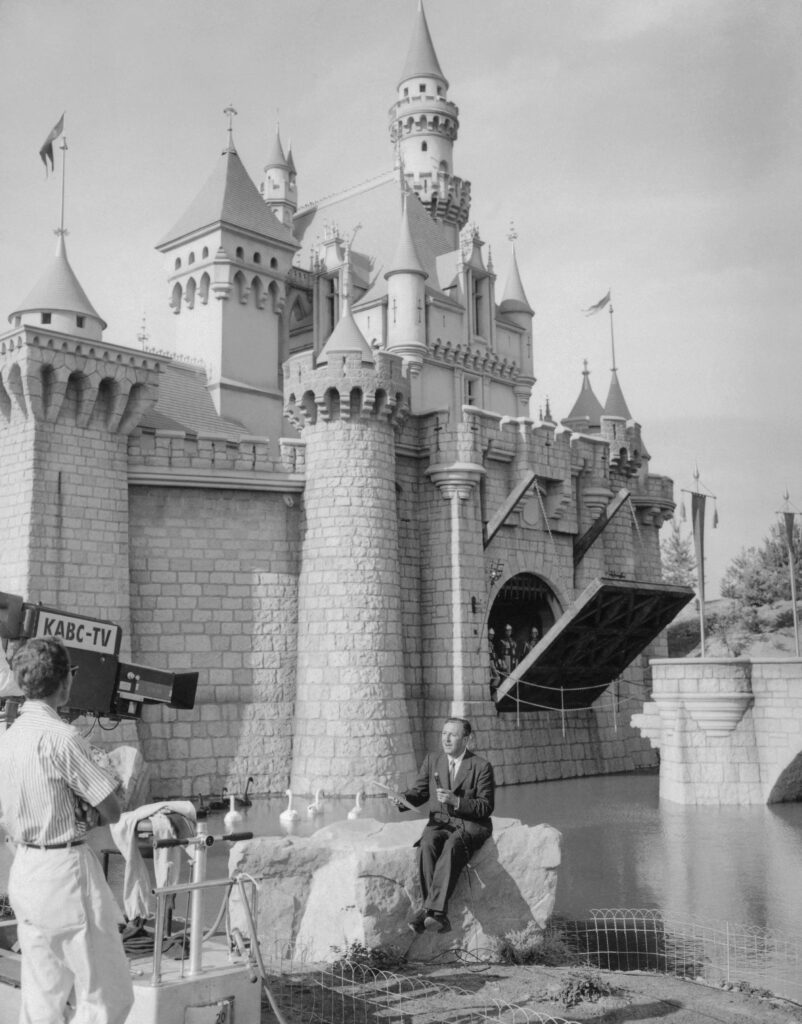 Walt Disney during a telecast of the official opening of the playground. The premiere was televised nationally. 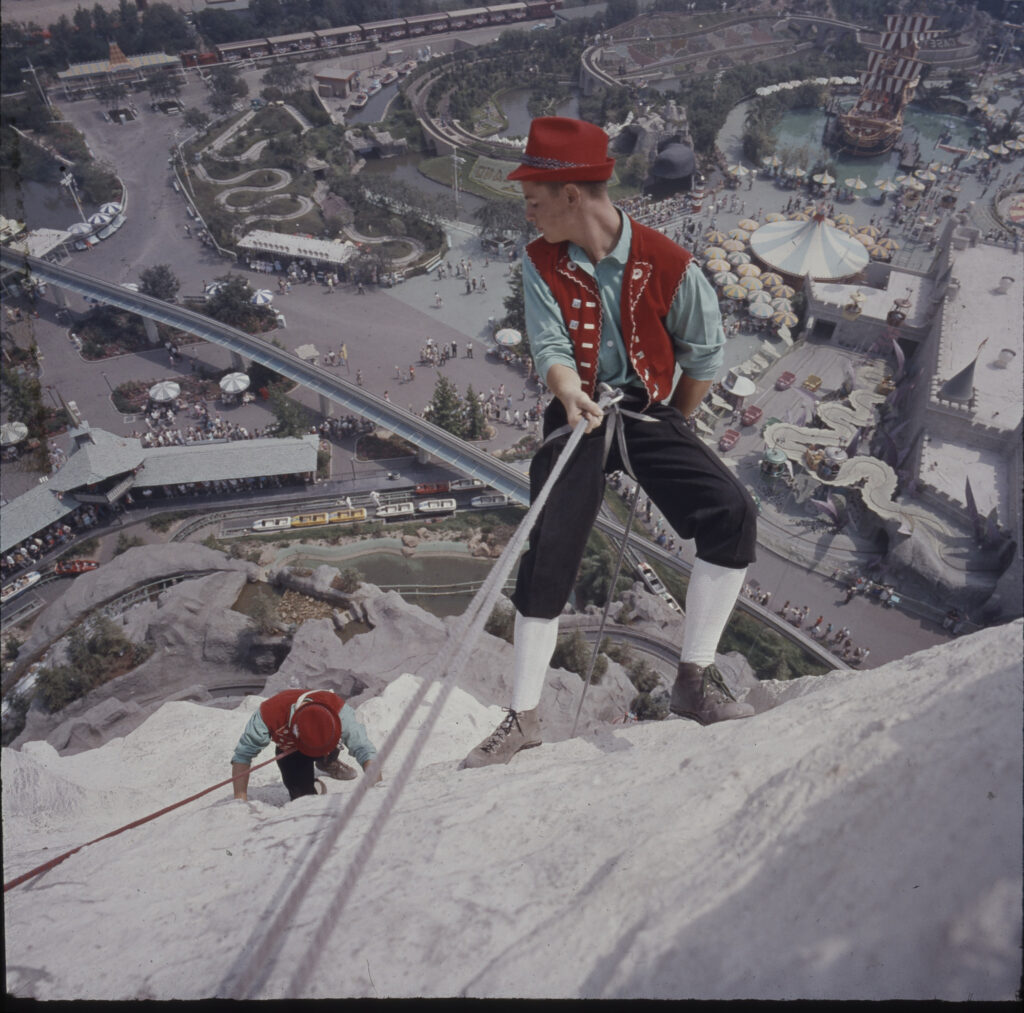 Disney employees climbed the Matterhorn, a 1:100-scale model of the Swiss mountain, which opened as an attraction in 1959. 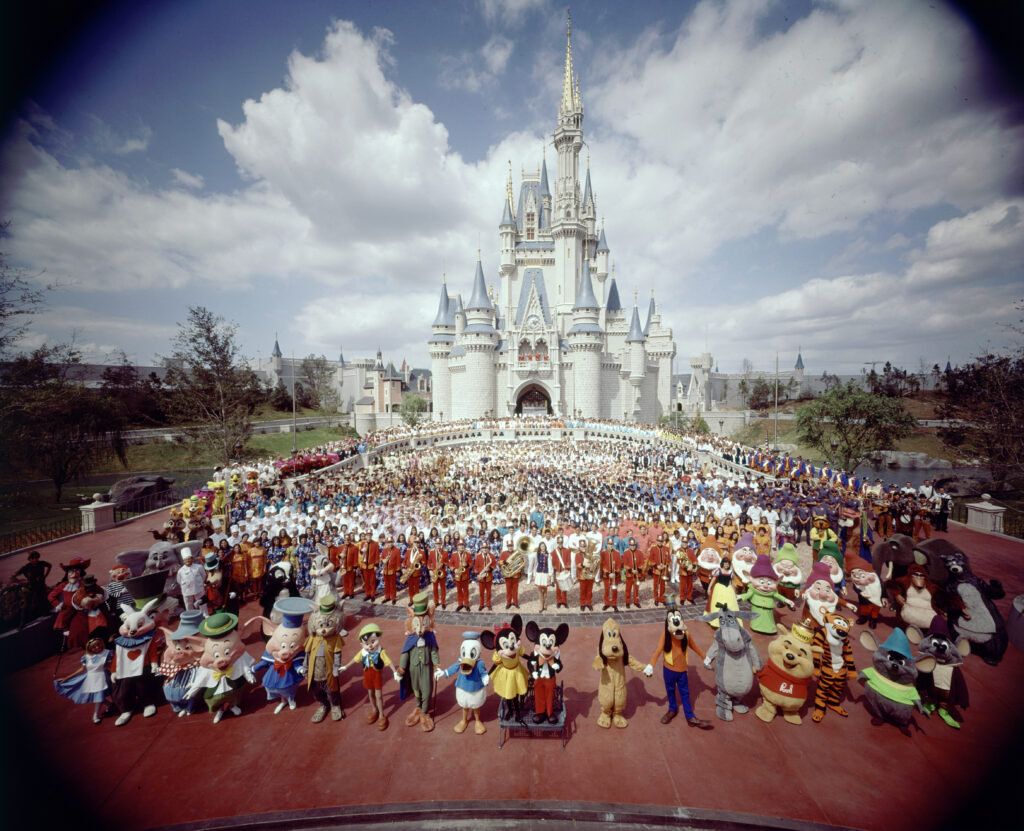 In 1971 the entire Walt Disney World staff posed for a group portrait in front of Cinderella’s castle prior to the grand opening of the amusement park.