1967: Pictures From a Pivotal Year

An American machine gunner on patrol by helicopter over Vietnam's Mekong Delta in 1967.

An American machine gunner on patrol by helicopter over Vietnam’s Mekong Delta in 1967.

That the 1960s still hold remarkable sway over the American psyche is hardly a matter of debate. How people respond to the decade’s grip on the national imagination, on the other hand well, that’s a bit more problematic.

Some find it heartening that the Sixties still resonate at all, with men and women who lived through those years and millions more who were born long after the decade ended; others decry the fact (or what they see as the fact) that the ideals of the era have been irretrievably co-opted by the triumph of turbocharged consumerism; still others find the entire mythology of the Age of Aquarius utterly obnoxious and tiresome, and can not wait for the Woodstock Generation to, quite frankly, die off.

But even the most ardent Sixties-bashers can sometimes find themselves inexorably drawn to the era or, as the case may be, to one specific, pivotal year.

Take 1967. There was an awful lot going on in the U.S. and around the world at the time. The war in Vietnam was only getting bloodier. Race riots rocked American cities. Baseball fans reveled in one of the most exciting pennant races in history. A young comedian named Woody Allen was killing in Vegas. Iran crowned a new Shah. The “counterculture,” in all its protean forms, was in full bloom. Hippies were flooding to San Francisco’s Haight-Ashbury soon to be followed by far more toxic forces (meth and heroin, for example, and the casualties that customarily follow in their wake) that would effectively bring an ugly end to the “Summer of Love” almost before it began.

The photos in this gallery are not meant to represent the “best” pictures made by LIFE’s photographers in 1967. Instead, in their variety of style and theme, they illustrate the fluid, volatile new world that millions were struggling to come to grips with, and to somehow safely navigate, throughout the charged weeks and months of that long, strange year. 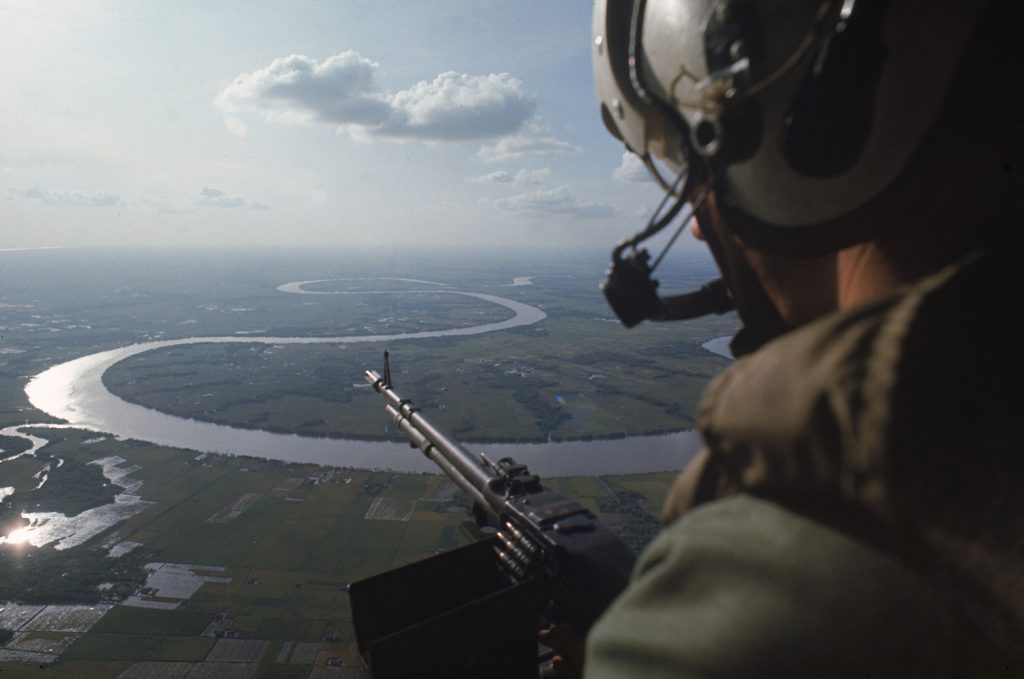 An American machine gunner on patrol by helicopter over Vietnam’s Mekong Delta in 1967. 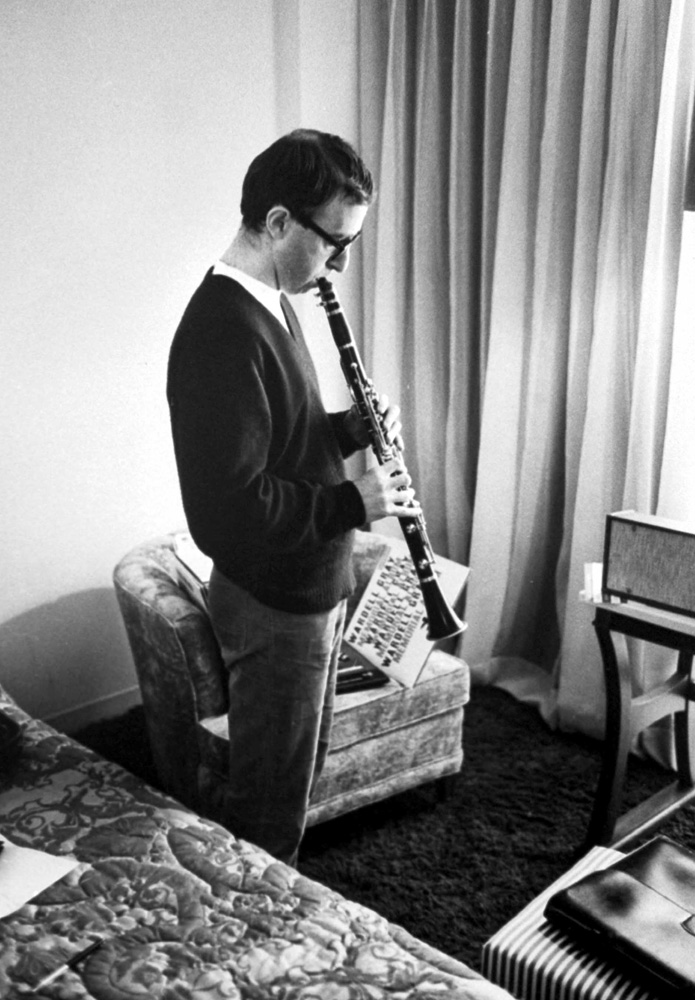 Woody Allen (then better known as a stand-up comedian than a filmmaker) plays his clarinet in a Las Vegas hotel room, 1967. 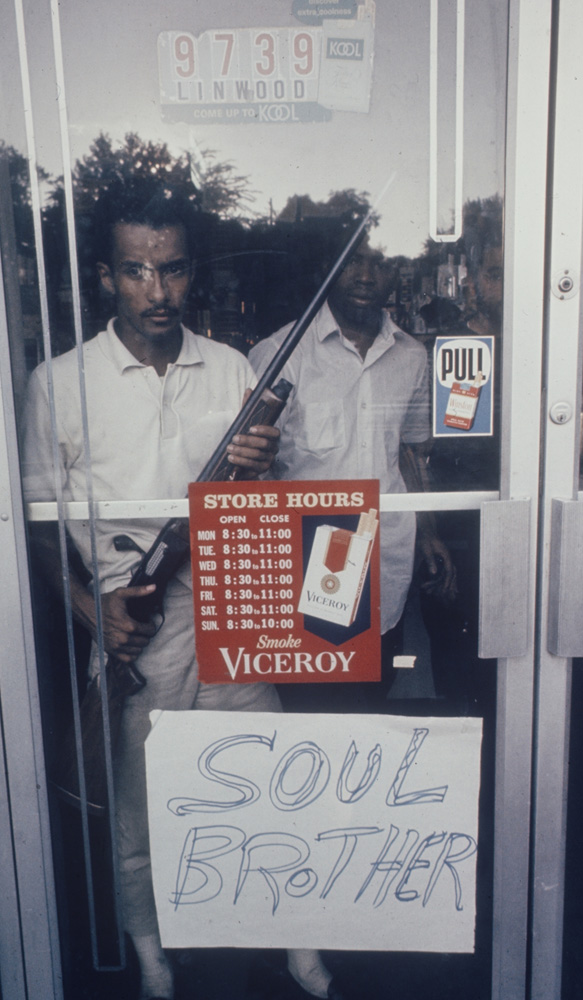 A store owner guards his property in Detroit during the 1967 riots, behind a sign he made that, he hoped, might help spare his shop from attack by roving mobs. 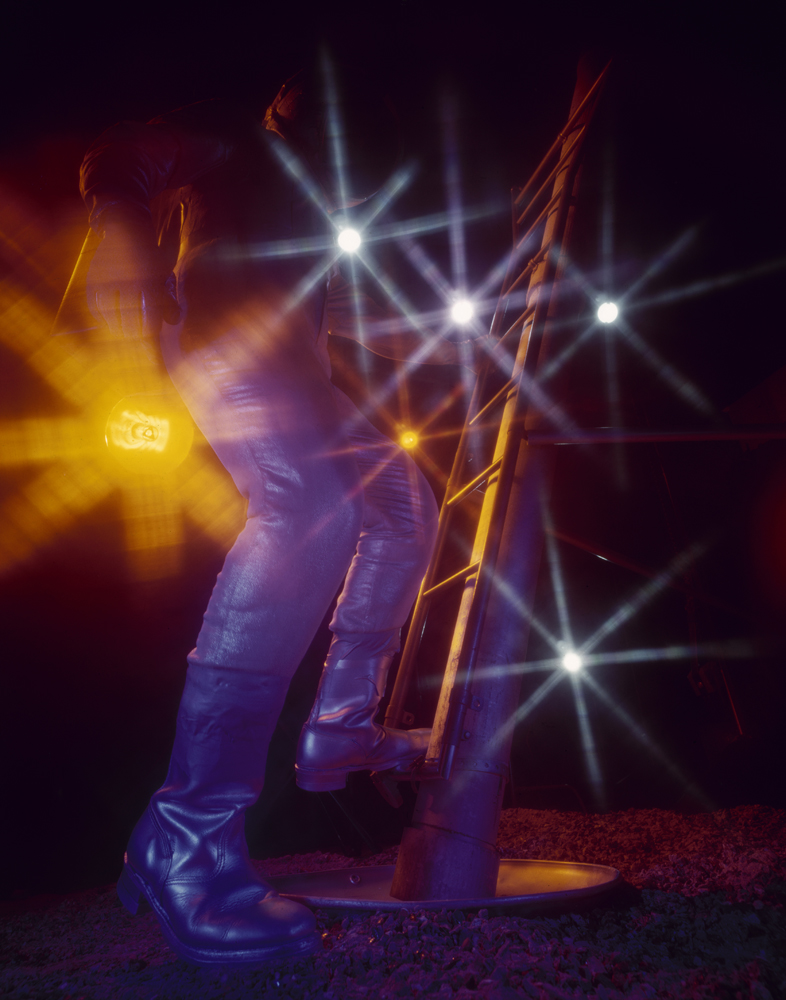 An astronaut descends the ladder of a life-sized, model lunar module during a simulation of a moon landing, 1967. 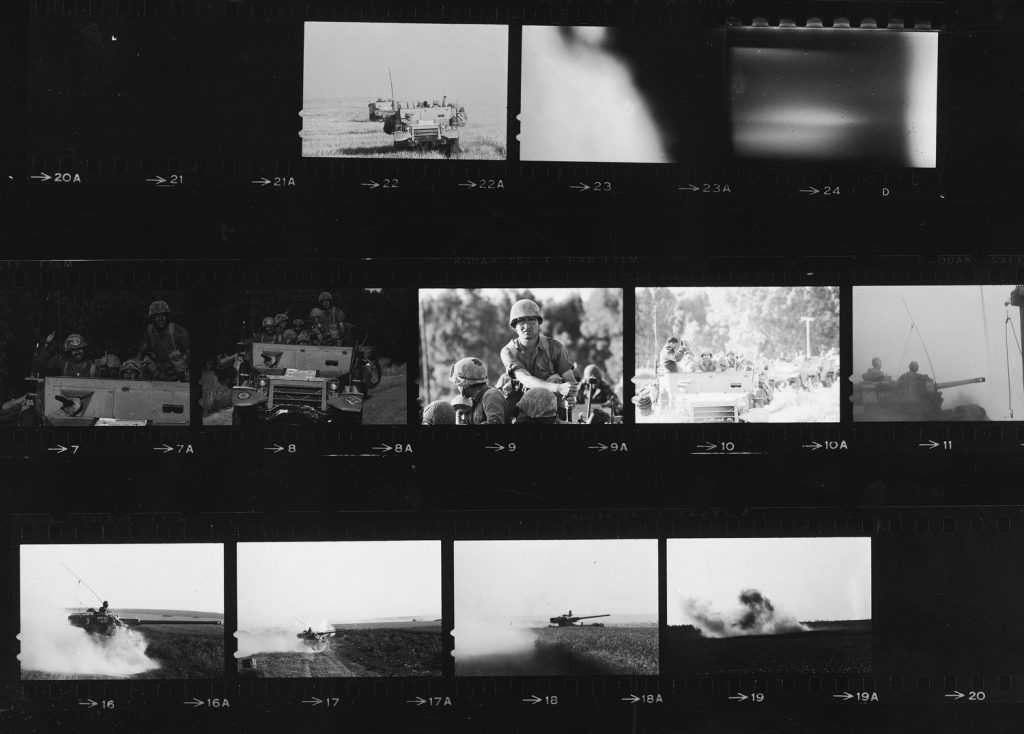 Contact sheet with the last strips of film found in LIFE photographer Paul Schutzer’s camera after he was killed while traveling with Israeli soldiers during the Six-Day War in 1967. Schutzer was killed by a 57mm Egyptian shell that hit the vehicle he was riding in on June 5, 1967. He was 37 years old. 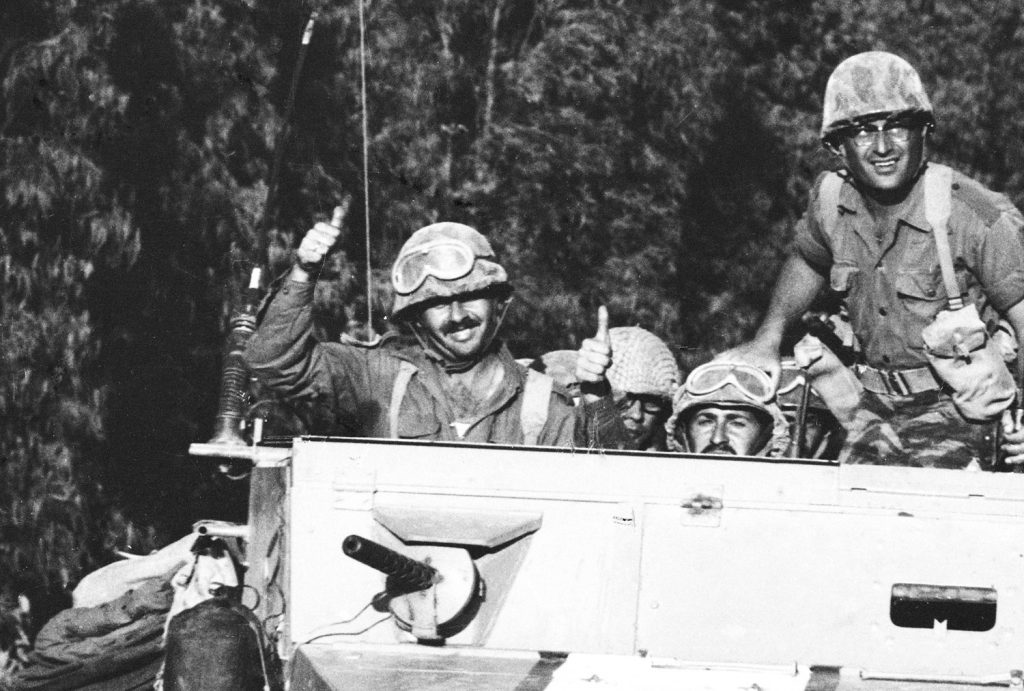 Grinning Israeli soldiers give the thumbs up in one of the very last pictures taken by photographer Paul Schutzer before he was killed during the Six-Day War in 1967. 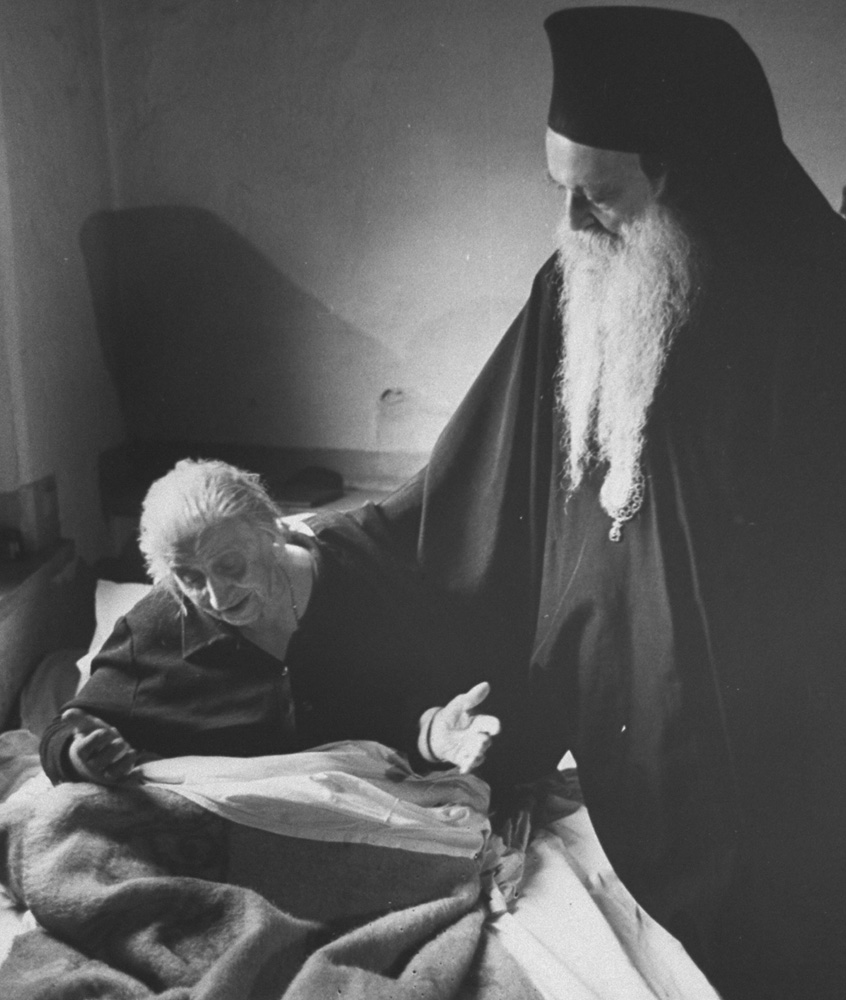 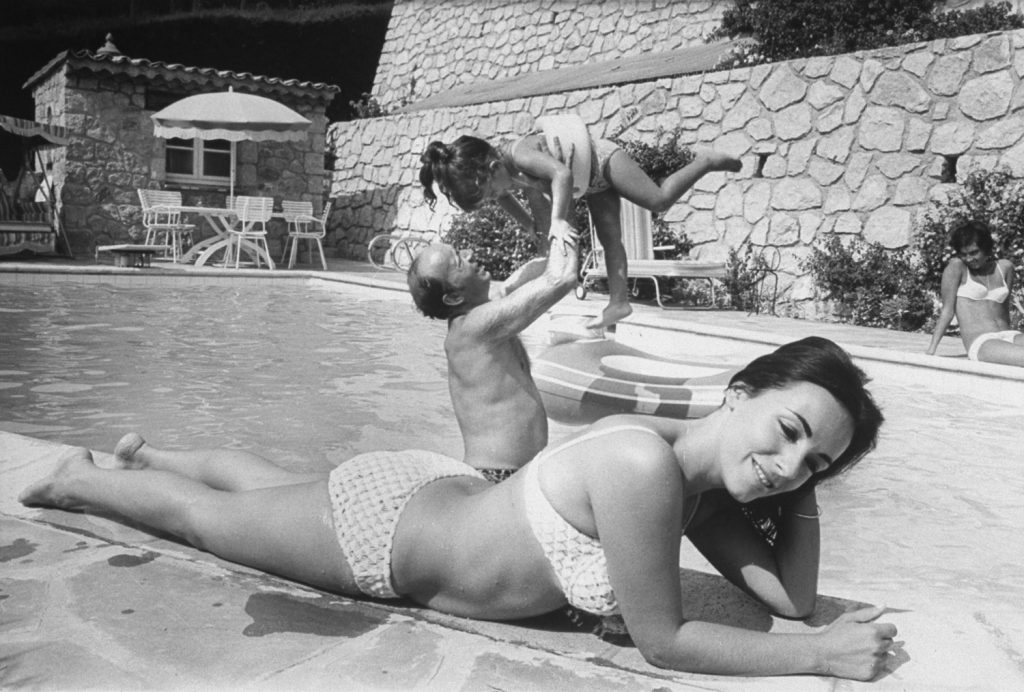 Novelist Harold Robbins (“the man who turns sex and adventure into cash,” according to LIFE) and his family, wife Grace and daughter Adrianna, at their villa in the hills above Cannes, France, in 1967. 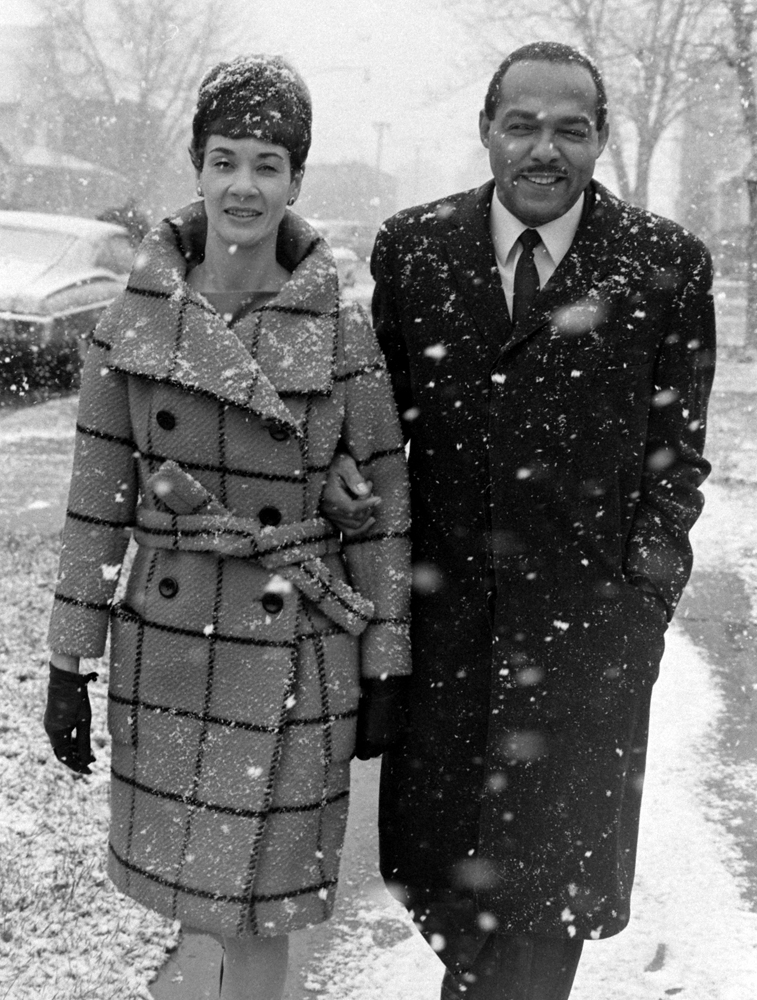 Carl and Shirley Stokes walk through the snow on their way to vote in the Cleveland mayoral race in November 1967. Stokes, 40 years old at the time, defeated Seth Taft (grandson of the former president) to become the first-ever African American mayor of a major U.S. city. 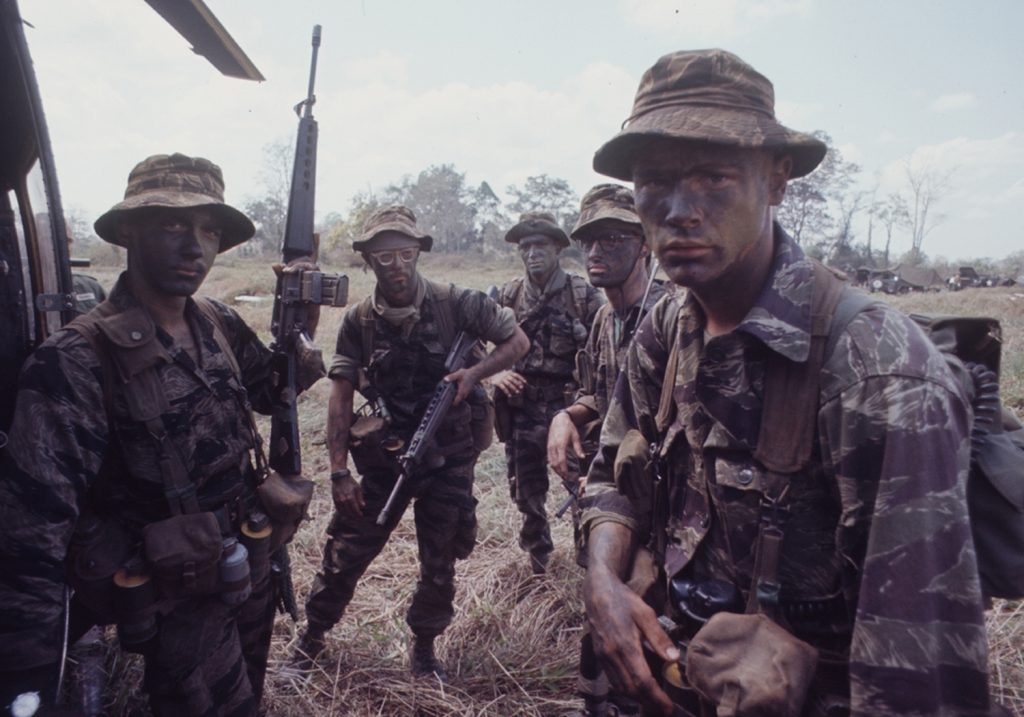 American soldiers of 2nd Battalion, 503rd Airborne Infantry, 173rd Airborne Division gear up for a long range patrol during Operation Junction City, a massive 1967 search and destroy operation in Vietnam conducted in hopes of clearing People’s Army of Vietnam (PAVN) and National Front for the Liberation of South Vietnam units from the area northeast of the capital of Saigon. 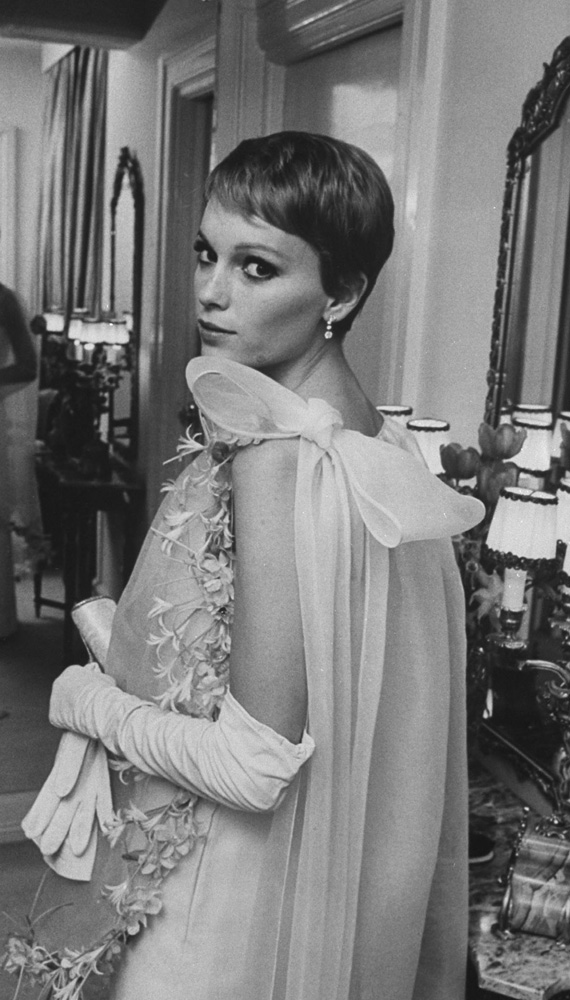 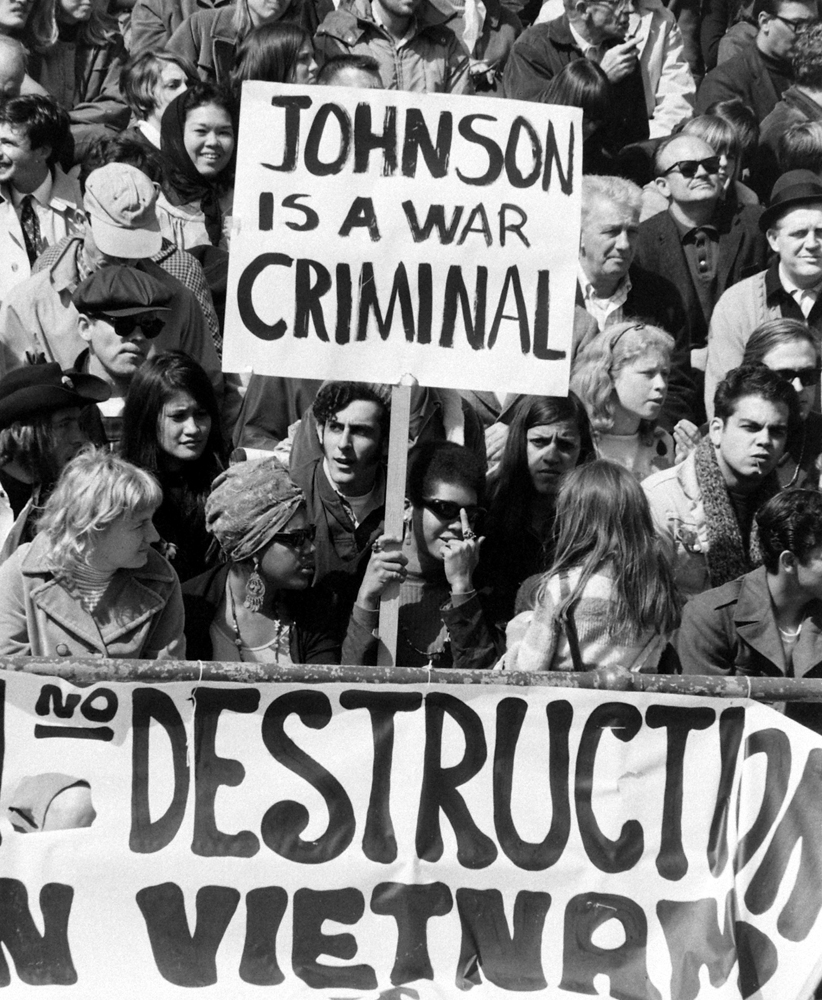 Vietnam protesters at Kezar Stadium in San Francisco during one of many rallies around the country in April 1967. 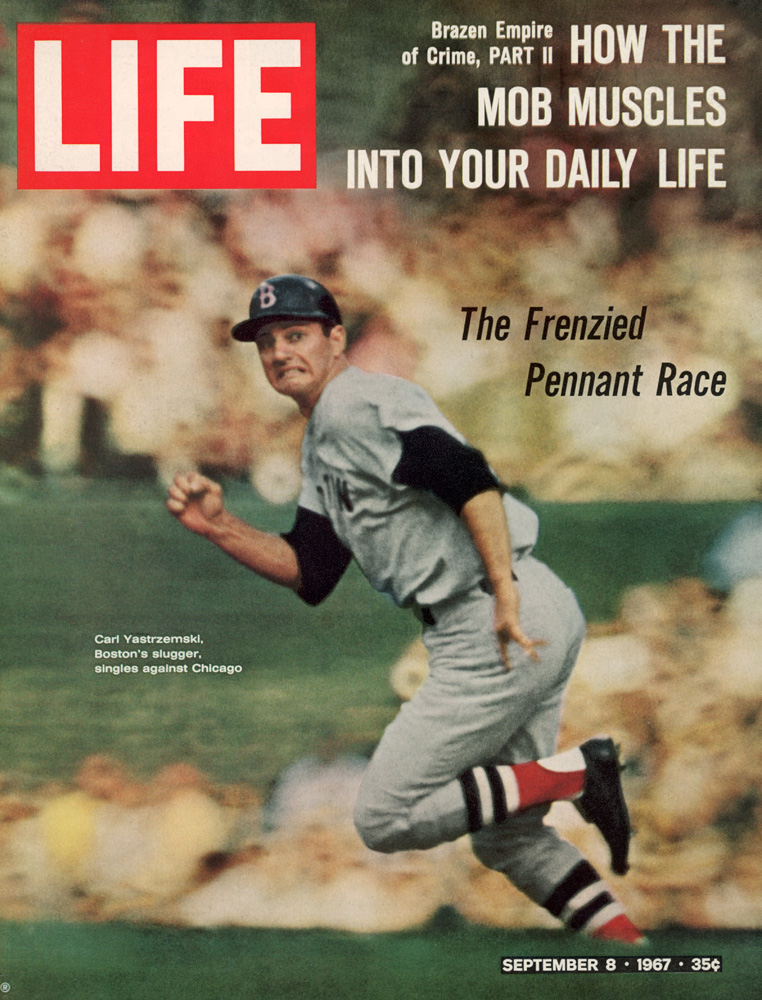 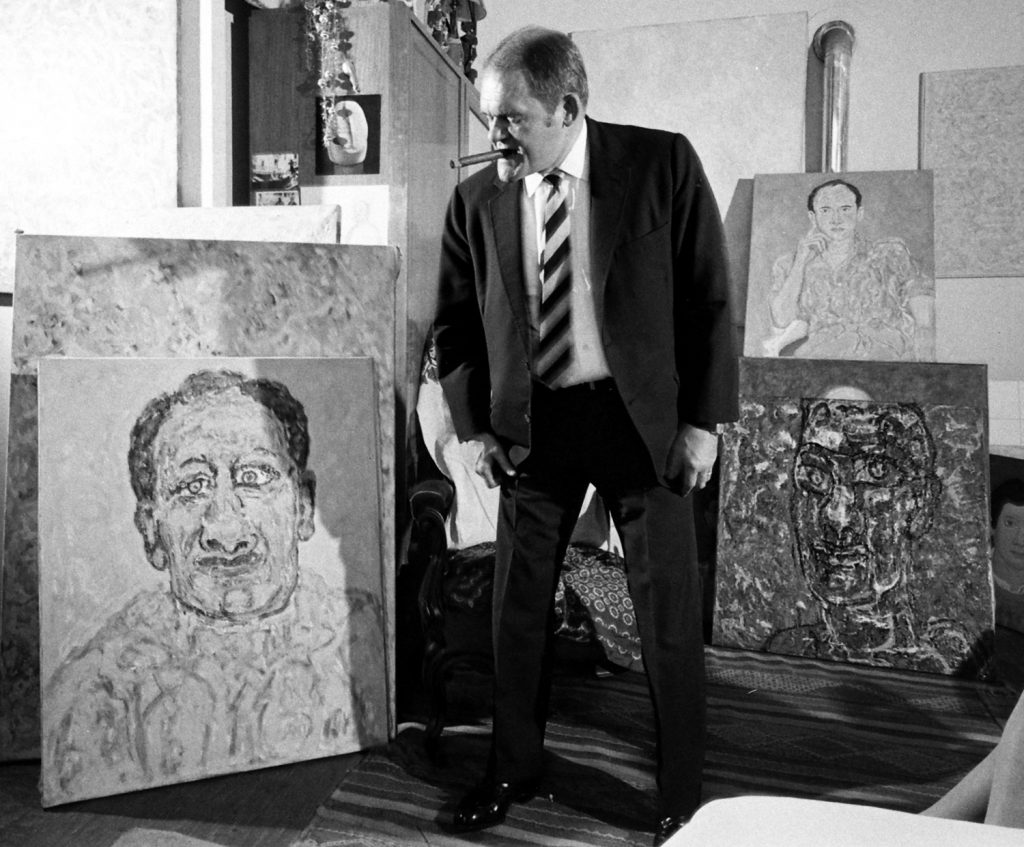 Novelist James Jones (From Here to Eternity, The Thin Red Line, Go to the Widow-Maker) in his art-filled Paris home in 1967. 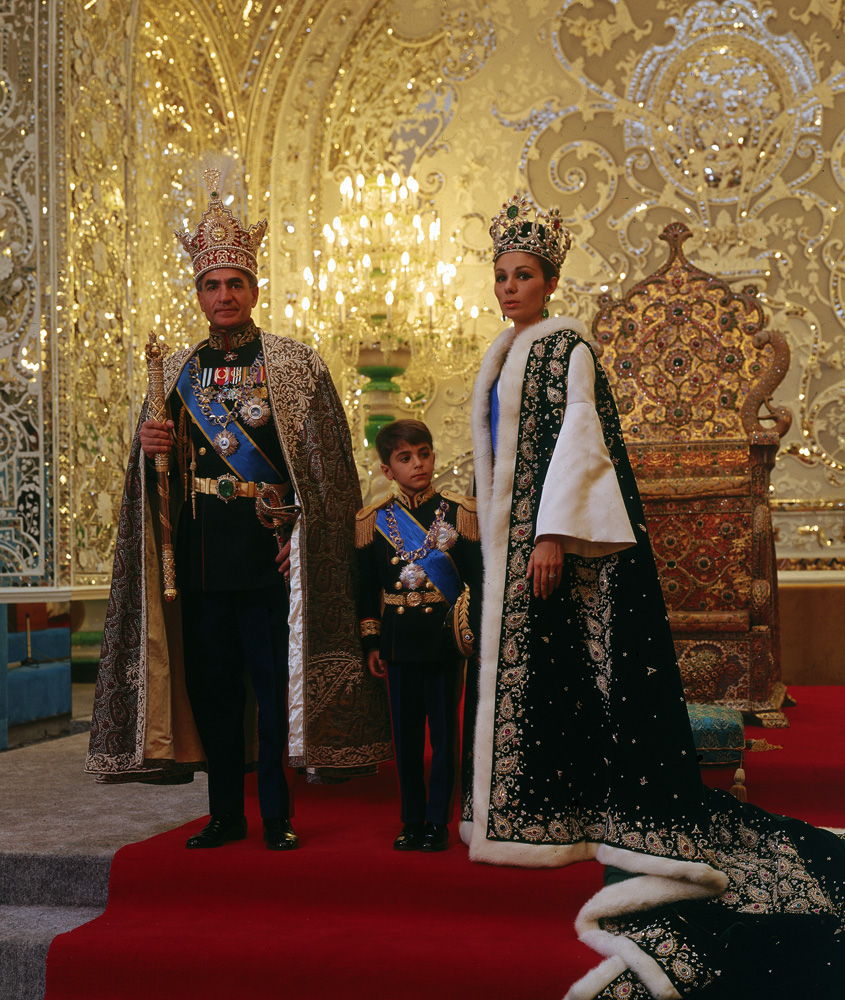 The Shah of Iran, Mohammad Shah Pahlavi, poses with his son, Prince Reza, and wife, Farah, following his coronation in 1967. 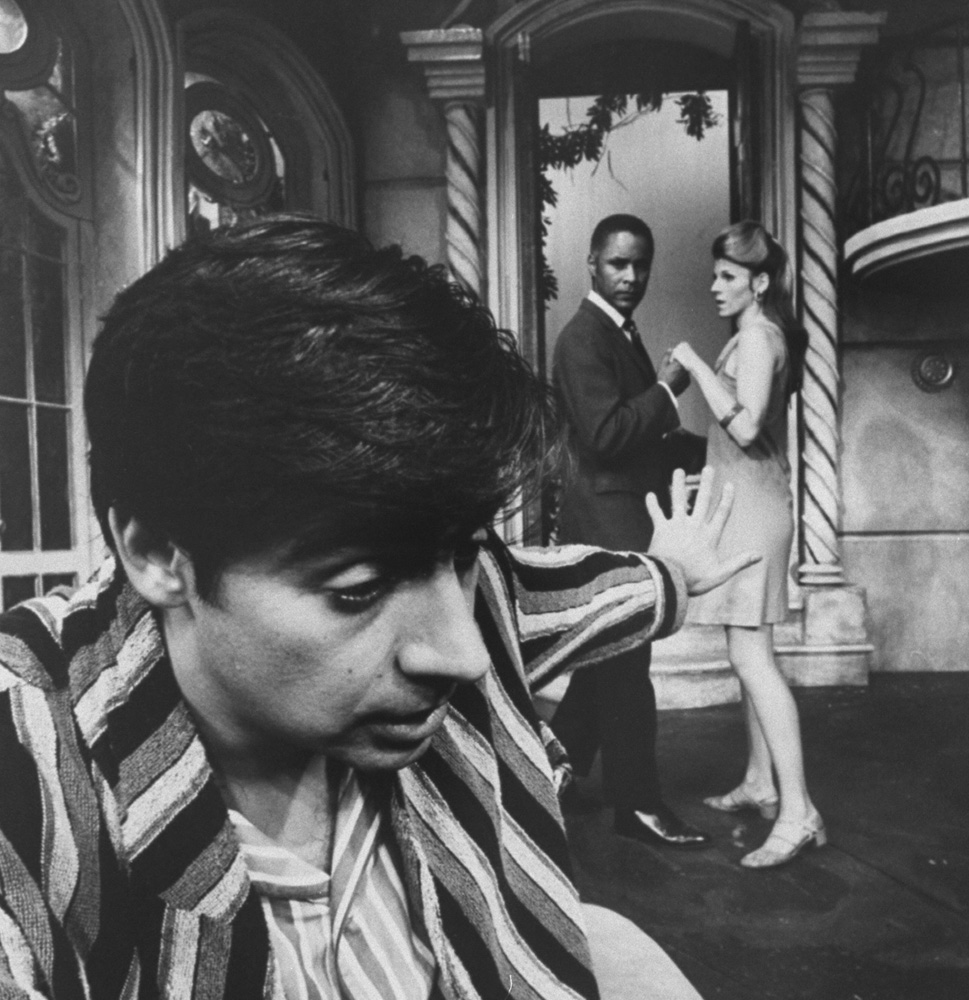