With one seat empty, Mearns dined with her children Missy, 11 and Frances. nine.

Pat Mearns mailed weekly letters addressed “in care of Hanoi Post Office” in the hope that they would reach her husband.

Pat Mearns now lives in the naval town of Coronado, Calif., five blocks from her sister-in-law Betty. The two met in the 1950s, before Pat married Betty’s brother Arthur. Back then Pat and Betty worked as TWA “hostesses”—what airline attendants were called in those days —and one Christmas Betty asked Pat, on her way to Phoenix, to deliver a present to her brother at nearby Luke Air Force Base. Pat and Arthur spoke on the phone, and Arthur invited her to a party at his base. Arthur came to pick her up, and when she opened the door and they set eyes on each other, her life changed right there.

Today if you visit the Coronado Museum, you can see Pat’s photo on a poster for their current exhibit called The League of Wives. She is one of five women standing in the White House in 1969 with Richard Nixon. The exhibit springs from a book of the same name, by historian Heath Hardage Lee, which features Pat and those same four other women on the cover. The book came out in April 2019, and its movie rights were bought by actress Reese Witherspoon and Fox 2000.

Pat was meeting with President Nixon in 1969 for the same reason she appeared in LIFE magazine that year: she was on a quest to find out what happened to Arthur.

The headline of LIFE’s story in the Nov. 7, 1969 issue captured the grimness of her situation: Waiting Out the War—Wife or Widow?

Arthur Mears, a major, had been nearing 100 missions flown and was due to come home soon from the war in Vietnam when his F-105 jet was shot down in November 1966. He was seen parachuting from his plane, but Pat did not know if her husband was being held as a prisoner of war, or if he was dead. While also raising their two daughters, Missy and Frances, Pat had written every member of Congress, and met with some of them in Washington. She had gone to Paris as a member of the National League of Families of American Prisoners to meet with representatives from North Vietnam. But no one could tell her about Arthur. In the absence of any information, she continued to believe her husband was alive. She told LIFE back then, “I’m sure that if he were gone I would already have a feeling. We had a kind of special relationship. Both of us could function perfectly well on our own. But together we were so good.”

But soon after the article ran, Pat received heartbreaking news—not from the U.S. government, but from a peace activist who had returned from North Vietnam with a list of war dead that was said to include her husband. Pat then flew from her home in Los Angeles to San Francisco to talk to one of the peace activists, but didn’t get much detail beyond confirmation that Arthur’s name was on the list. “That was quite a blow,” says Pat, who is now 87. It wasn’t until 1977—two years after the war ended and eleven years after her husband was shot down—that the U.S. government informed her that Vietnam had returned the remains of 22 soldiers killed during the war, and that Arthur’s was among them. “The children and I had always kept a little hope—maybe they just don’t know where he was, all those miraculous things you think of at times like that,” Pat says. “Families are collateral damage in a war. That’s what I feel like I became.”

Lee, the author of the League of Wives, says that a military family going through what Pat did would be unthinkable today, and while some of that is because of modern technology, it’s also because of women like Pat who had the courage to speak up and demand the truth. Their grassroots campaigns changed the expectation of what is acceptable.  “Now you would never have to jump through those hoops,” Lee says. “It was just ridiculous what they had to do to get basic information.”

Pat now recounts her campaign as being borne out of a larger frustration–not just about Arthur, but also the societal strife of an era defined by riots and protests. She wanted to feel like she was doing something to make the world more right. As the years went on she was gratified to see people raising POW-MIA flags, and to see that the soldiers who returned home after captivity were given a proper welcome, despite the unpopularity of the Vietnam War.  “We really had an impact,” she says. “That’s sort of surprising, on the good side, that we really had an impact.”

Pat eventually went back into nursing—that had been her profession, before she quit to seek adventure with TWA (“Back then, flying was fun,” Pat says). A pediatric nurse practitioner, she worked for 27 years in Los Angeles area schools before retiring to Coronado.

In August 2018 Pat and Arthur were honored in a ceremony in Coronado’s Star Park. The occasion was the presentation of a copy of a painting titled “The Letter” that showed her two daughters writing to God, requesting the return of their father from the war. The original painting is in the collection of the National Museum of the United States Air Force at Wright-Patterson Air Force Base near Dayton, Ohio. The copy that was presented to Pat had previously hung in the office of F. Edward Hebert, a Louisiana congressman and an ally of the POW-MIA movement.

Pat still feels the loss of her husband. “As time goes by, you get used to things,” she says. “Time is not a healer, but it sure takes the blow off.”

Asked if she ever thought about remarrying, she answers, “When you had the very best, you don’t want to settle for anything else. That’s a little smart alecky of me, but that’s the way I feel.” 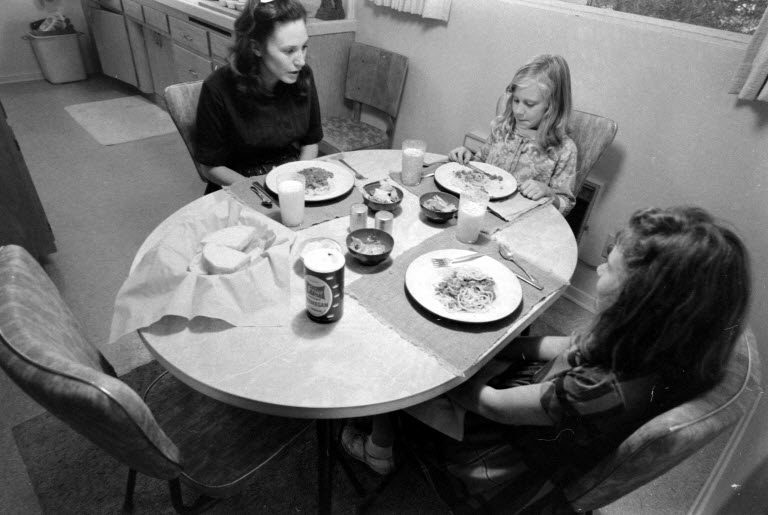 With one seat empty, Mearns dined with her children Missy, 11 and Frances. nine. 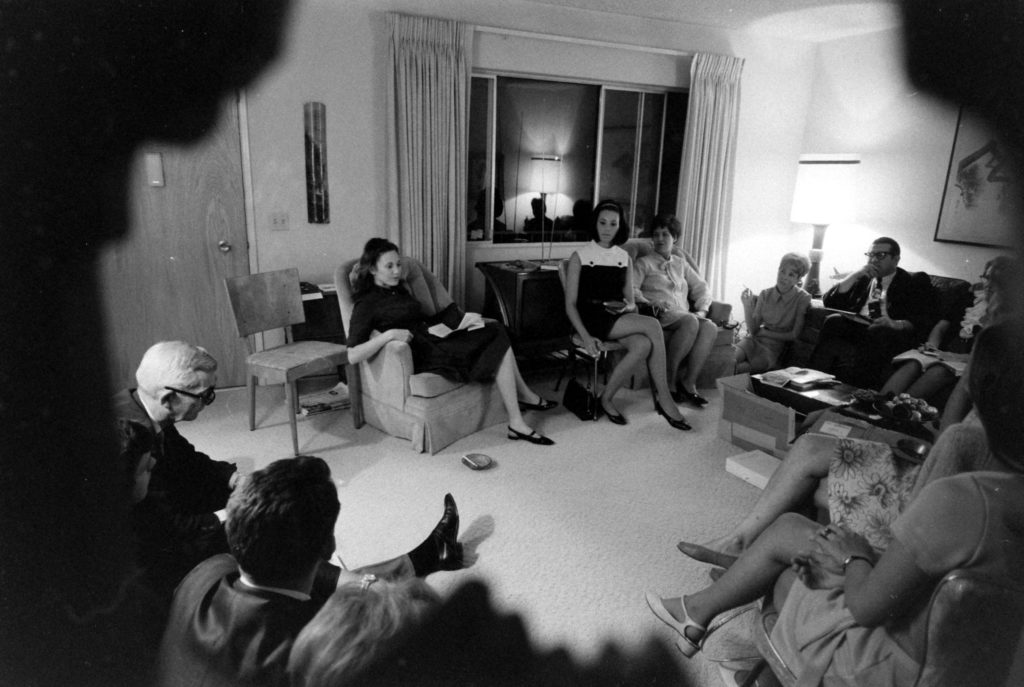 Mearns hosted a gathering for families of missing soldiers in 1969. 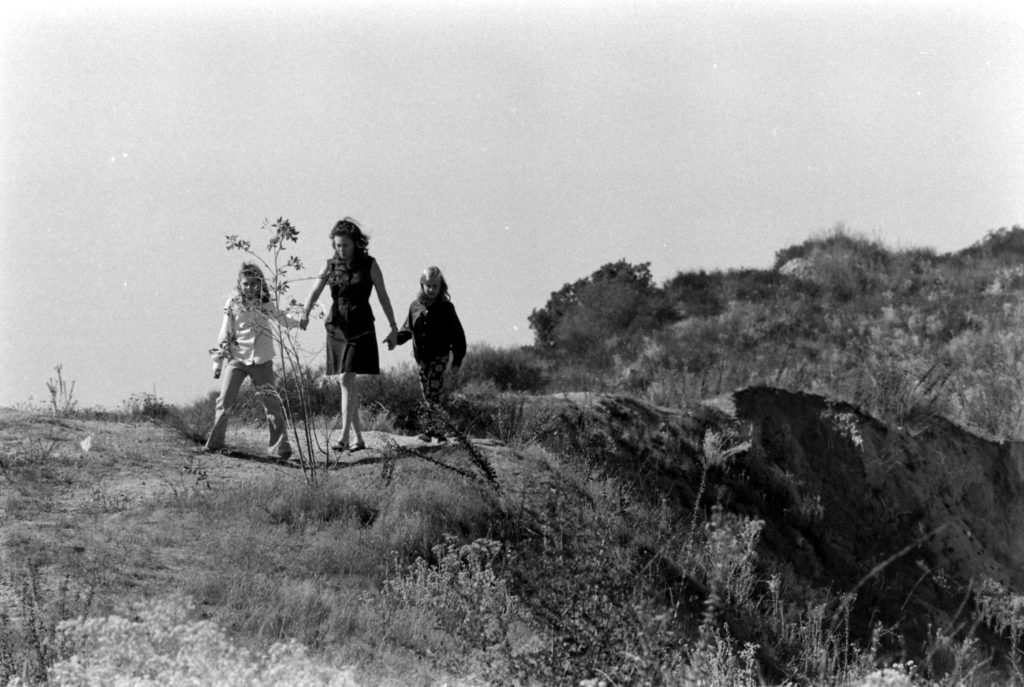 Mearns walked with her children. “Families are collateral damage in a war,” she says. 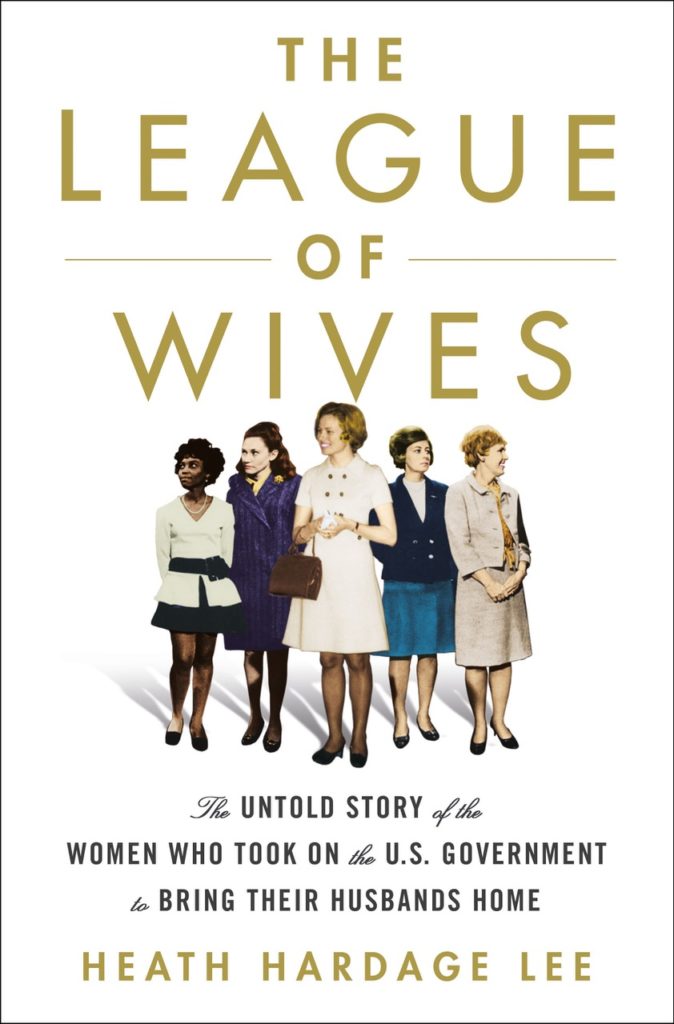 Mears, second from the left, appeared on the cover of the book League of Wives, a broader look at the women who campaigned for information about soldiers who were missing or prisoners of war.