Vietnamese villagers, including children, huddle in terror moments before being killed by American troops at My Lai, Vietnam, March 16, 1968.

Through the centuries, whether combatants have fought with spears or cutting-edge drones, one aspect of warfare has never changed: innocents die. In the 20th century alone millions tens of millions of civilians were killed and continue to be killed and maimed in global, regional and civil wars.

Most of these victims are “collateral damage”: men, women and children who die as the result of military errors. But some civilians are killed by design—murdered, often after being raped or tortured. For Americans of a certain age, the My Lai (pronounced “me lie”) atrocity not only remains a grisly emblem of other war crimes that have been committed by some of “our boys” through the years, but in a very real sense marked the end of a certain willful American innocence about the fluid, shadowy line that separates good and evil in war zones.

The chilling facts about My Lai itself are widely known, but some details bear repeating. On March 16, 1968, hundreds (various estimates range between 347 and 504) of elderly people, women, children and infants were murdered by more than 20 members of “Charlie” Company, United States’ 1st Battalion 20th Infantry Regiment. Some of the women were raped before being killed. After this mass slaughter, only one man, Second Lt. William Calley, was convicted of any crime. (He was found guilty in March 1971 of the premeditated murder of 22 Vietnamese civilians, but served just three-and-a-half years under house arrest at Fort Benning, Georgia.)

Incredibly, the world at large might have never learned about the death and torture visited by American troops upon the villagers at My Lai had it not been for an Army photographer named Ron Haeberle. Following Charlie Company’s 3rd platoon into the tiny hamlet, and expecting to document a battle between American and Viet Cong fighters, Haeberle instead ended up chronicling (with his own camera, not his Army-issue camera) a scene of unspeakable carnage.

More than a year later, when he returned to his hometown of Cleveland, Ohio, he shared some of the pictures from the massacre with the city’s newspaper, the Plain-Dealer, which published them in late November, 1969. A few weeks later, in its Dec. 5, 1969, issue, LIFE magazine published a series of Haeberle’s photos and the full story (as much as was then known) of what happened halfway around the world the previous March.

Decades after American troops unleashed hell in that village in Vietnam, LIFE.com remembers by republishing the story as it ran in LIFE, 20 months later.

Nothing will ever keep innocent men, women and children from being killed in the midst of war. Nothing will ever keep warriors from acts of savagery and, just as often, feats of unimaginable bravery. (Three American troops in the village that day tried to stop their comrades from committing rape and murder, and fought to protect the wounded. Back in the states after news broke about My Lai, the three were initially denounced as traitors. Later, the Army lauded them for their heroism.)

Nothing will bring back the dead. But decades after the gunfire has ceased and the terrified cries of the innocent have faded, we can still bear witness. And so we do.

Vietnamese villagers, including children, huddle in terror moments before being killed by American troops at My Lai, Vietnam, March 16, 1968. 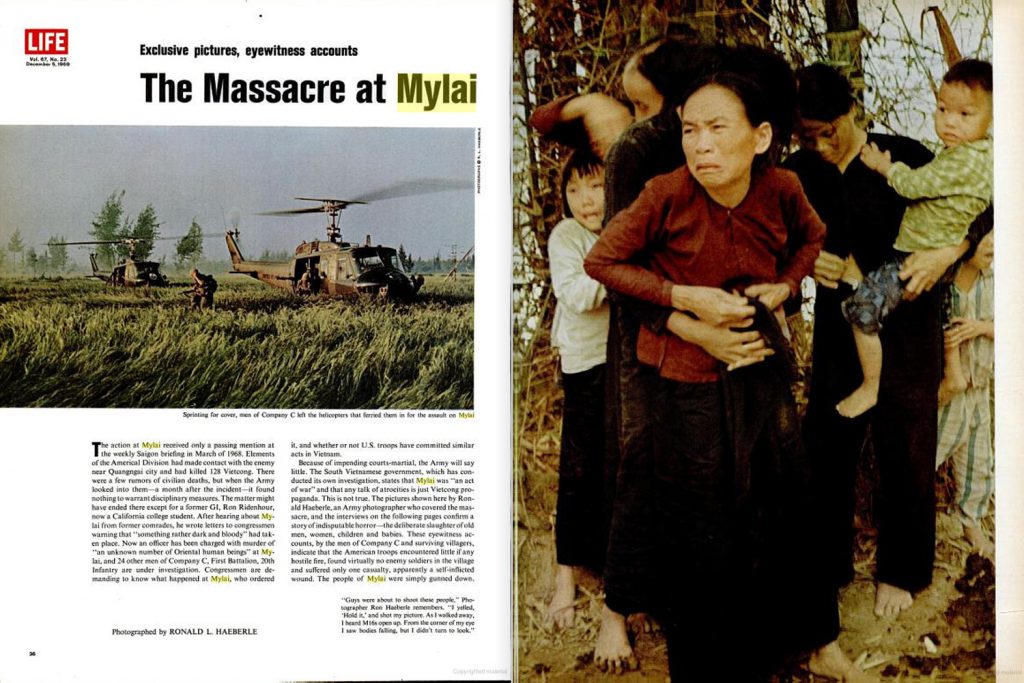 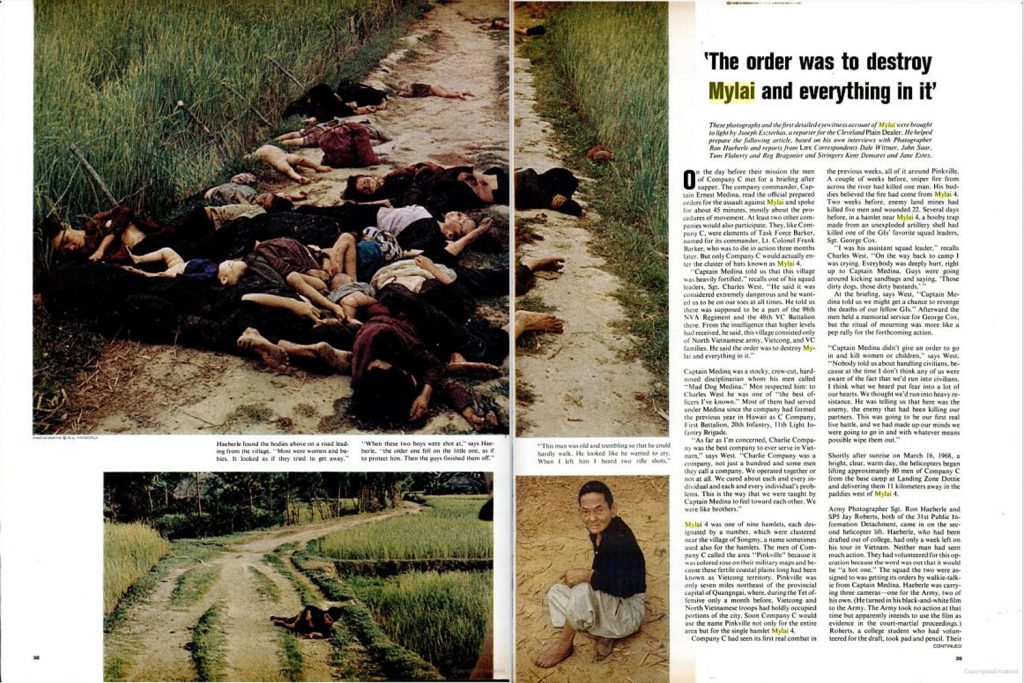 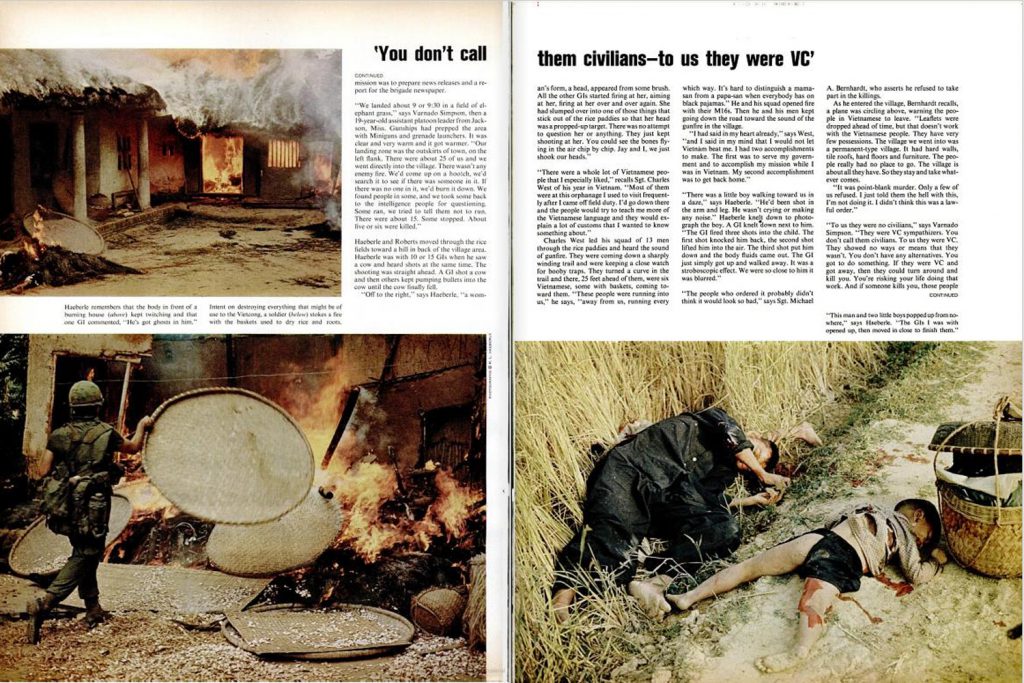 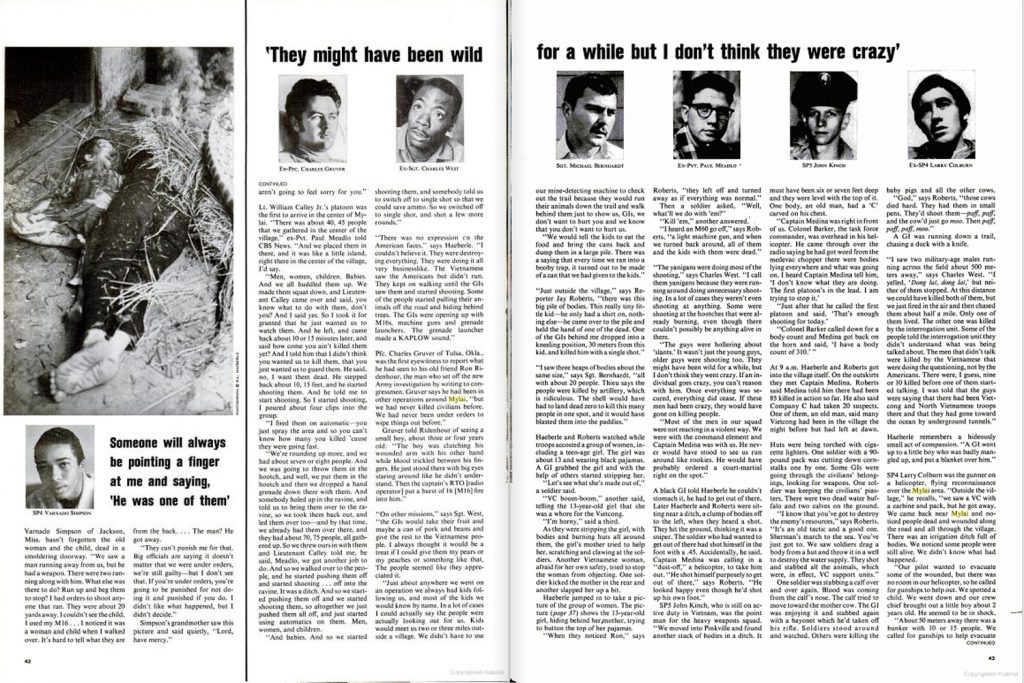 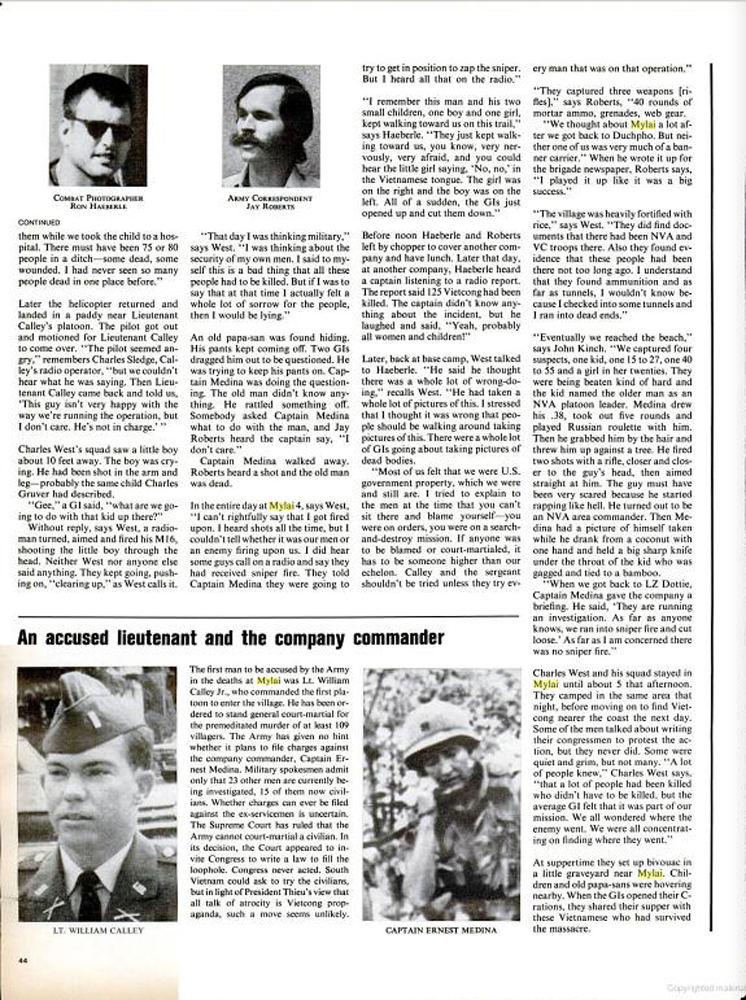 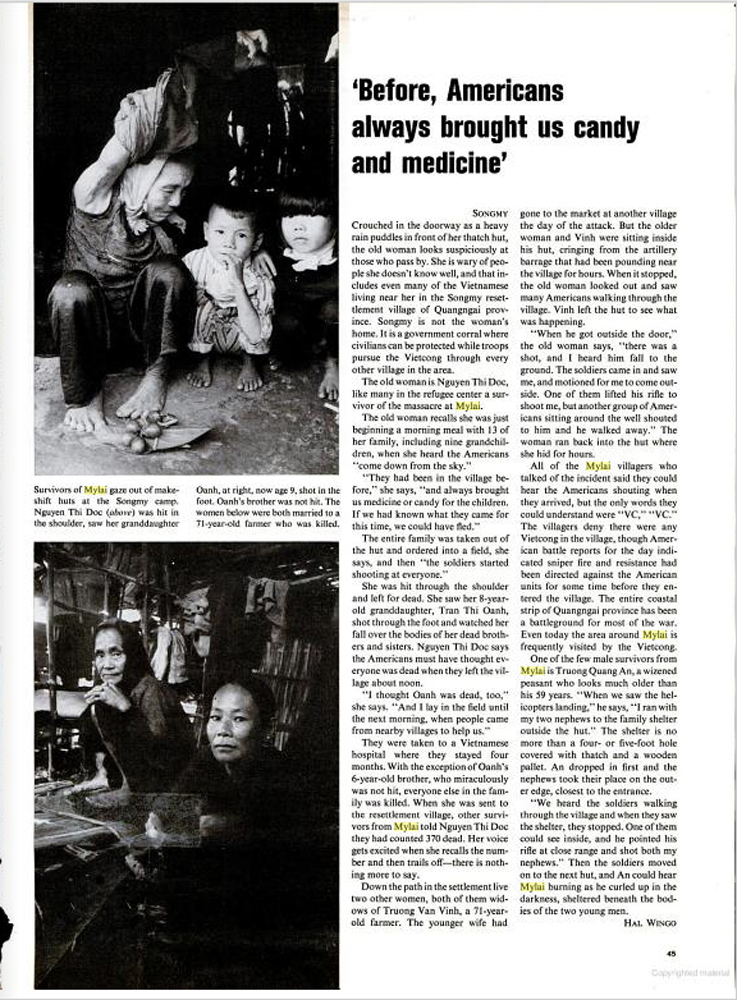