It’s one of the most immediately recognizable photographic sequences ever made: Ralph Morse’s dizzying pentaptych capturing the July 16, 1969, liftoff of Apollo 11. Here, in five narrow frames, we witness and celebrate a distillation of the creativity, the intellectual rigor, the engineering prowess and the fearlessness that defined the best of the Space Race.

But for all of their emotional and historical heft, Morse’s pictures also present a question: How the hell did he do that?

In 2014 Morse, who died later that year at the age of 97, spoke with LIFE.com, and briefly described how the sequence came about.

“You have to realize,” he said, “that the rocket had to go through the camera, in a sense. It had to go through the camera’s field of view. It took me two years to get NASA to agree to let me make this shot. Now, RCA had the camera contract at Cape Canaveral at that time, and they had a steel box with optical glass attached to the launch platform. We negotiated a deal with them and I was able to put a Nikon, with maybe 30 or 40 feet of film, inside the box, looking out through the glass. The camera was wired into the launch countdown, and at around minus-four seconds the camera started shooting something like ten frames per second.

“It was probably less than an hour after liftoff when we rode the elevator back up the launch tower and retrieved the camera and film from inside that steel box.”

In addition to the launch sequence this gallery also includes a photo of Neil Armstrong’s wife, Jan, with sons Erik and Mark, watching the launch of Apollo 11 from the deck of a boat rented for them by LIFE magazine. The scene, as captured by LIFE’s Vernon Merritt III, is a quiet reminder that the mission to the moon was not only an epic public spectacle. It was also a human adventure, shared by the astronauts and those closest to them. 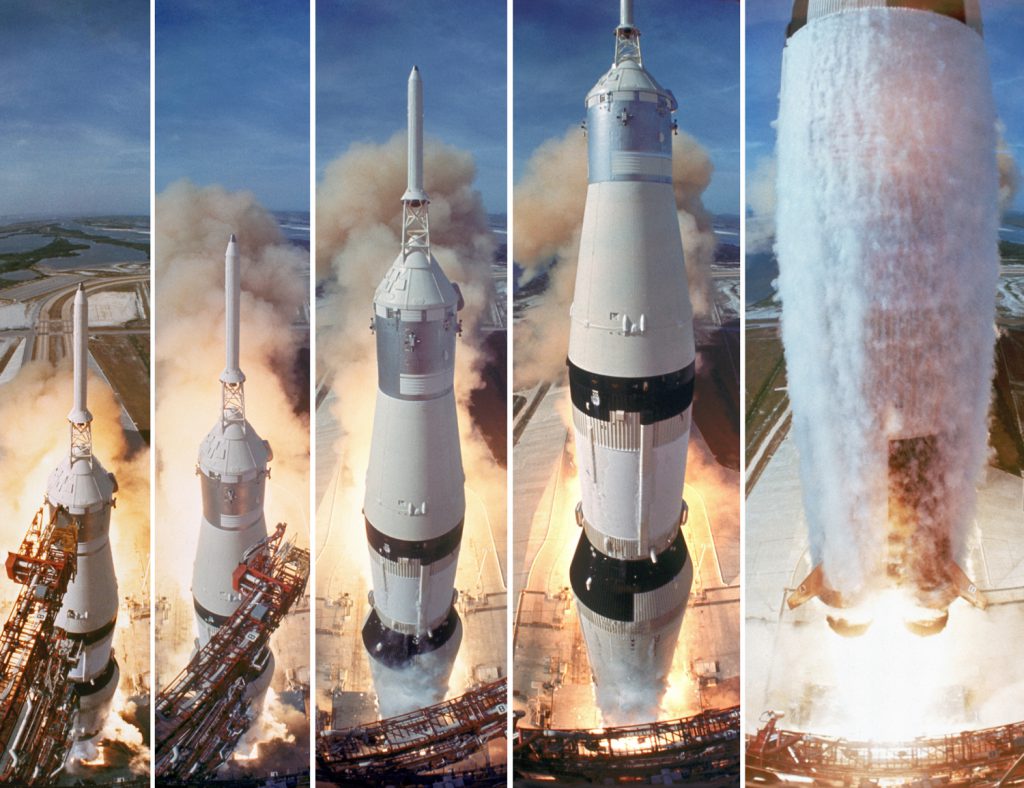 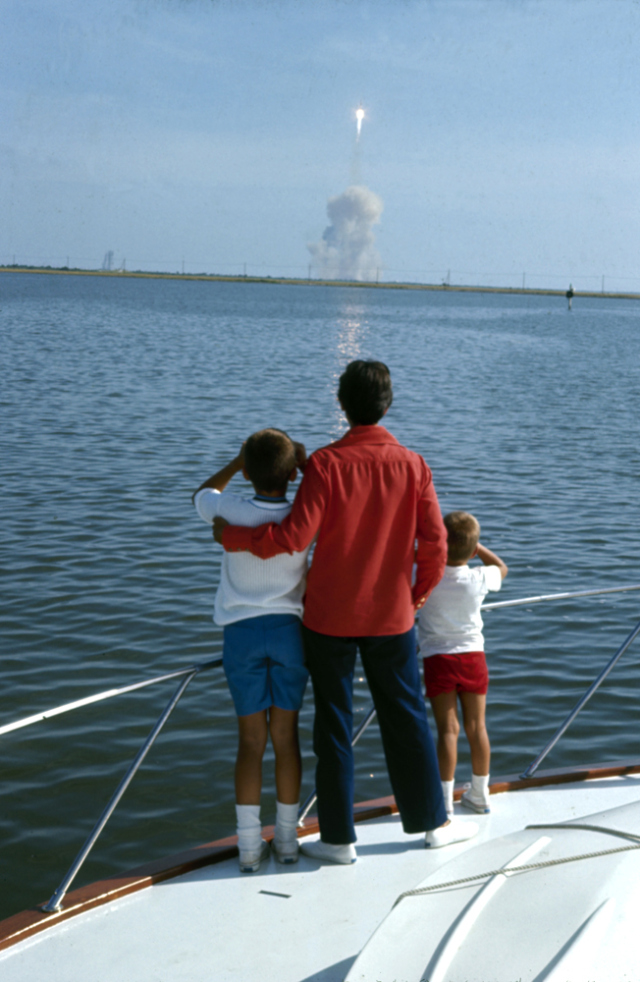