At the risk of belaboring the obvious, we’ll state at the outset that one photo gallery can not, and will not, begin to encompass Margaret Bourke-White’s achievements as a LIFE photographer, a journalist and a witness to the glories and barbarity of the 20th century.

That said, this particular gallery has been built in the hope that a dozen memorable and, in some cases, landmark pictures might at least hint at the centrality of her work and to the story of photojournalism in the 20th century. One can make the argument that there are few other photographers of any time whose work can match the sustained excellence of Bourke-White’s.

She was known to  friends and co-workers simply as “Maggie.” And after she routinely returned alive and well, with powerful photographs, from mortally dangerous assignments—riding along on bombing runs over Nazi Germany, getting stranded in the Arctic, surviving a helicopter crash in Chesapeake Bay—she was given a new surname by her LIFE colleagues: “Maggie the Indestructible.”

One of LIFE magazine’s four original staff photographers—her picture of Montana’s monumental Fort Peck Dam graced the cover of the debut issue in November 1936—Bourke-White broke ground again and again throughout her career, notching notable assignments not only as the first woman photographer to accomplish this or that, but as the first photographer, period, to cover a variety of momentous events and key figures (heroic and heinous). In 1930, she was the first Western photographer officially allowed into the USSR. She was America’s first accredited woman photographer in WWII, and the very first authorized to fly on combat missions. She was one of the first (and certainly the most celebrated) of the photographers to document the horrors of Nazi concentration camps after they were liberated in the spring of 1945. She was the last person to interview Mohandas Gandhi before he was assassinated.

Here, LIFE.com presents some of her most recognizable photos, all of which appeared in an article in the June 28, 1963, issue of LIFE titled, “Great Lady With a Camera” a celebration of the photographer that the magazine published in conjunction with the release of Bourke-White’s autobiography, Portrait of Myself.

“Miss Bourke-White,” LIFE told its readers, “for 25 years a member of LIFE’s staff, has put her career into an autobiography. . . . The following pages include a sampling of her photographs along with her gay and moving story, taken from the book, of a tyro’s first steps to success.”

Among the many thousands of words from the autobiography that LIFE published most of which concerned Bourke-White’s fascinating (and occasionally quite amusing) descriptions of her earliest forays into photography a brief, three-paragraph account of how she finally made her mark at the media empire that would ultimately become her professional home especially stands out:

In the spring of 1929, I received a telegram from a man I had never met: HAVE JUST SEEN YOUR [OHIO STEEL MILL] PHOTOGRAPHS. CAN YOU COME TO NEW YORK WITHIN WEEK AT OUR EXPENSE. It was signed: HENRY R. LUCE and under his name: TIME, THE WEEKLY NEWSMAGAZINE. I very nearly did not go. For two days the telegram lay unanswered, and then the yeast of New York began to work.
When I arrived, the inevitable portfolio under my arm, Mr. Luce and his associates explained that they were planning to launch a new magazine of business and industry. FORTUNE, they planned to call it and they hoped to illustrate it with the most dramatic photographs of industry that had ever been taken. Did I think this was a good idea, he wanted to know?
A good idea? This was the very role I believed photography should play. I said yes and went back to Cleveland to pick up my belongings. Before I left again for New York, I wrote my mother: “I feel as if the world has been opened up and I hold all the keys.”

It had. And she did. 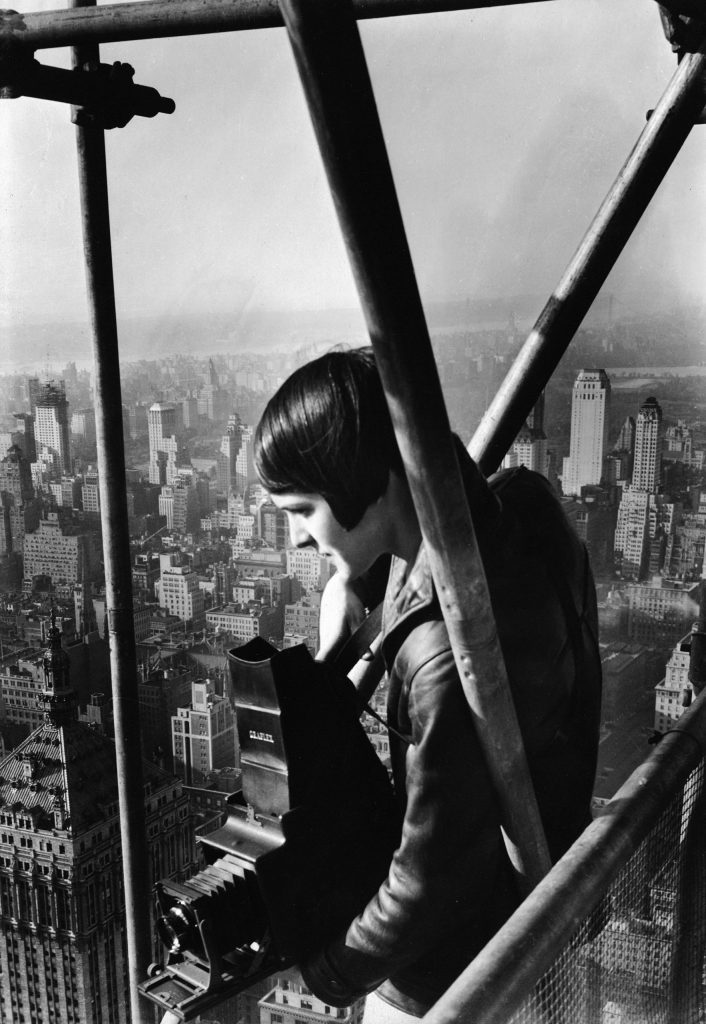 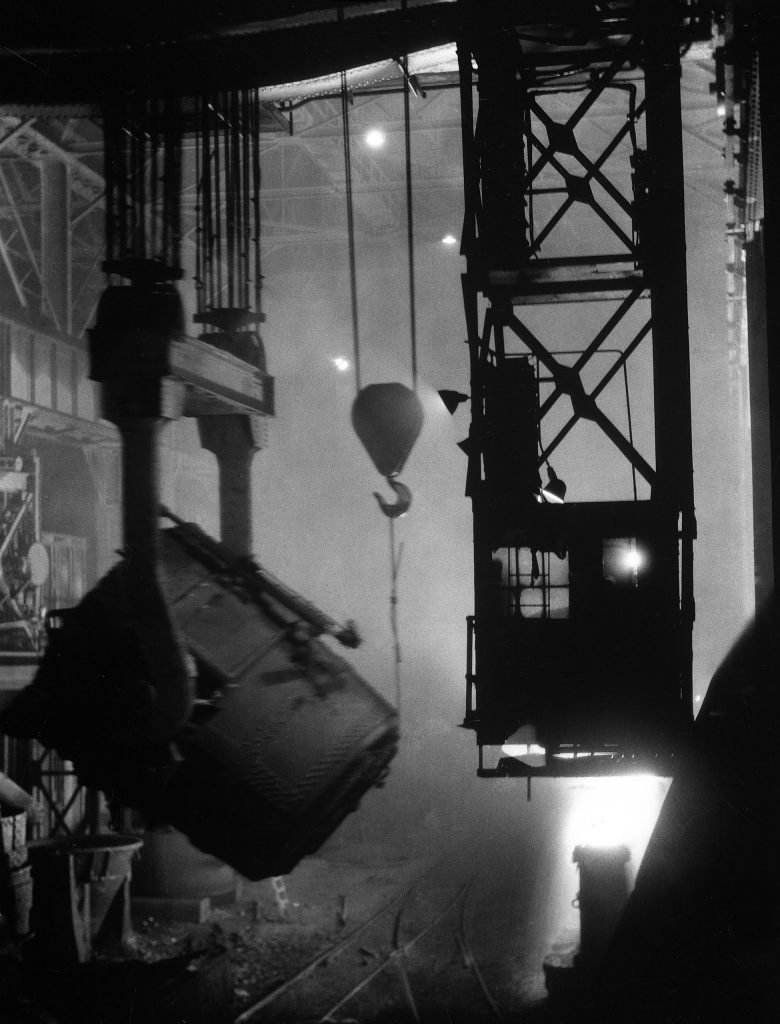 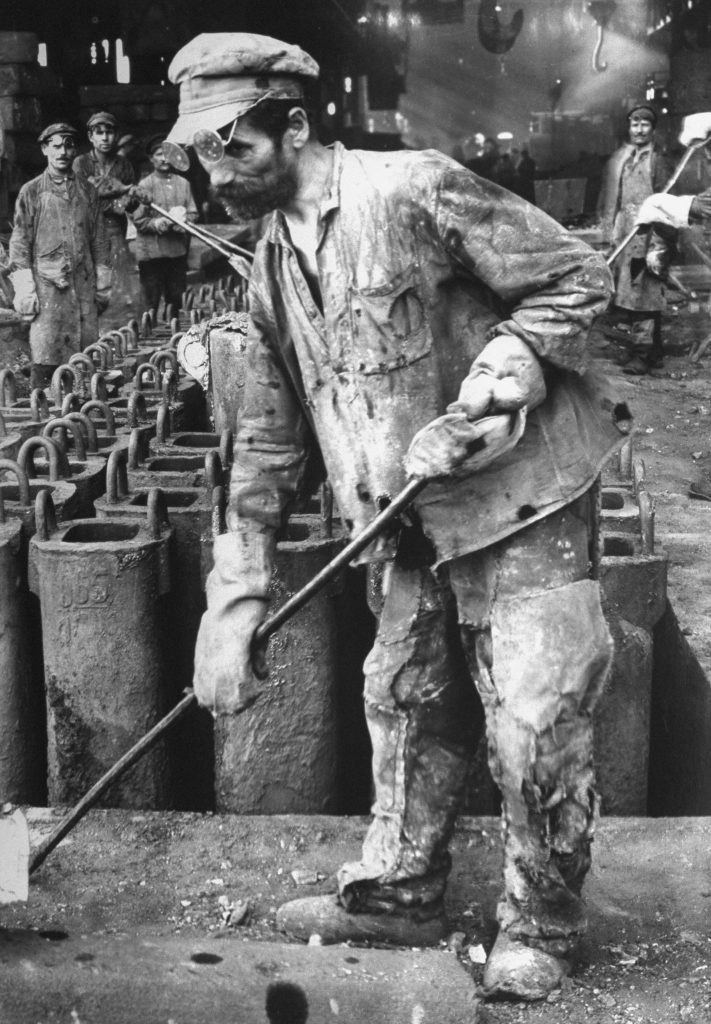 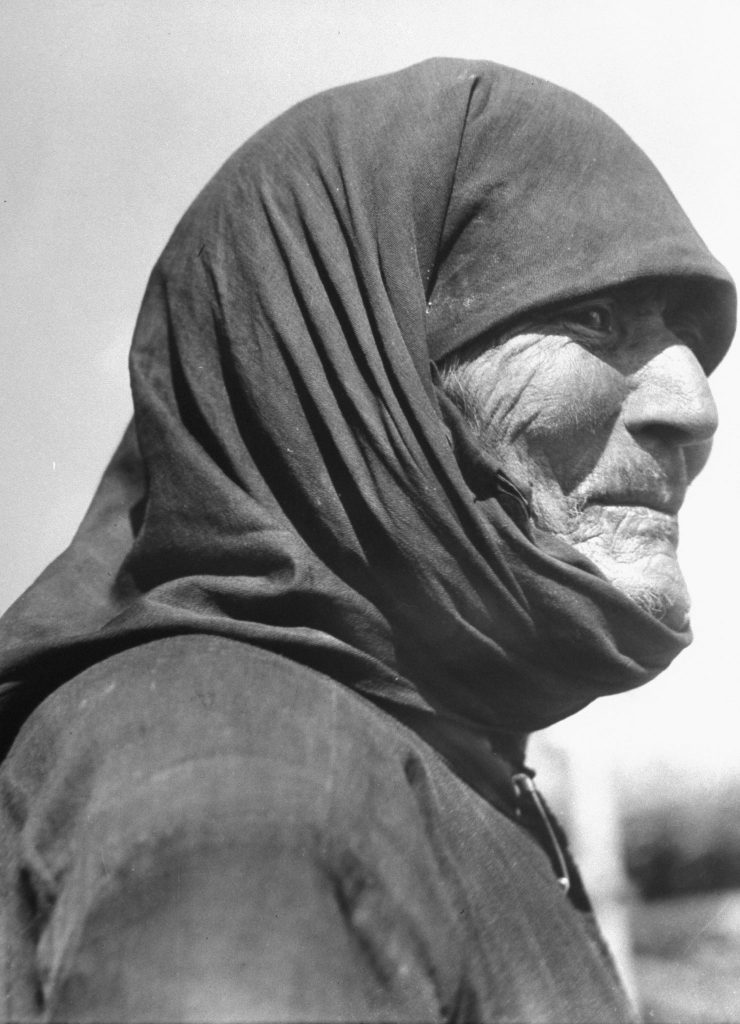 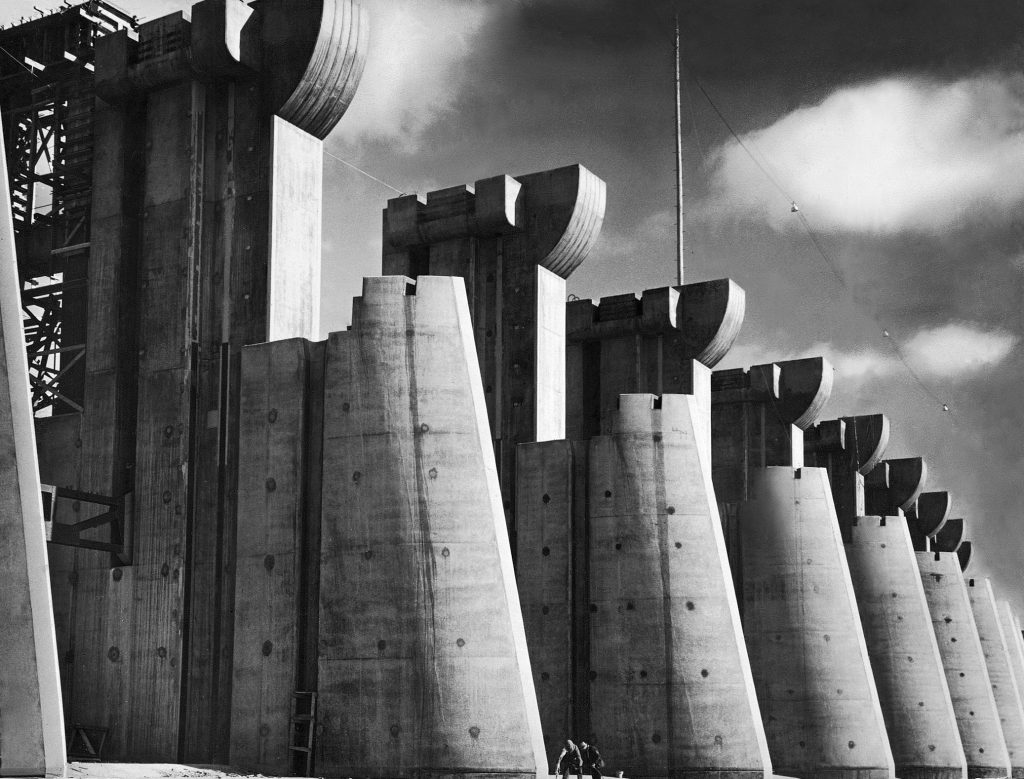 Fort Peck Dam, Montana, 1936. Bourke-White photographed the construction of the dam and the people working on it for LIFE’s first cover story. 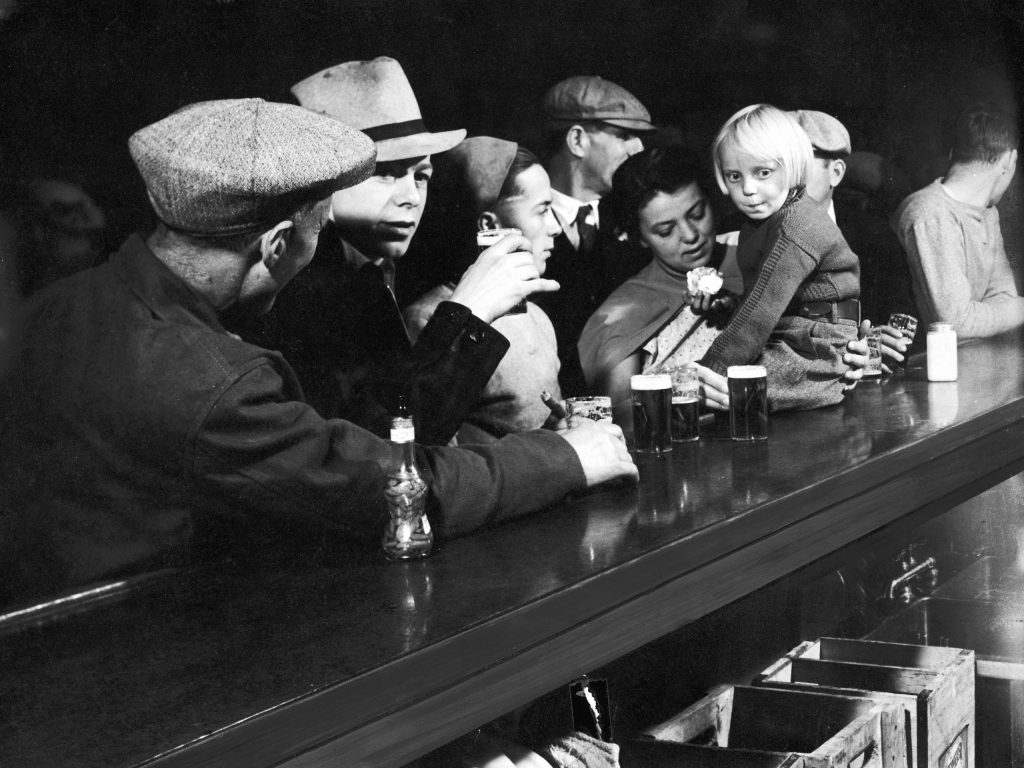 Scene at a dam-workers’ Montana bar from LIFE’s first issue, 1936. 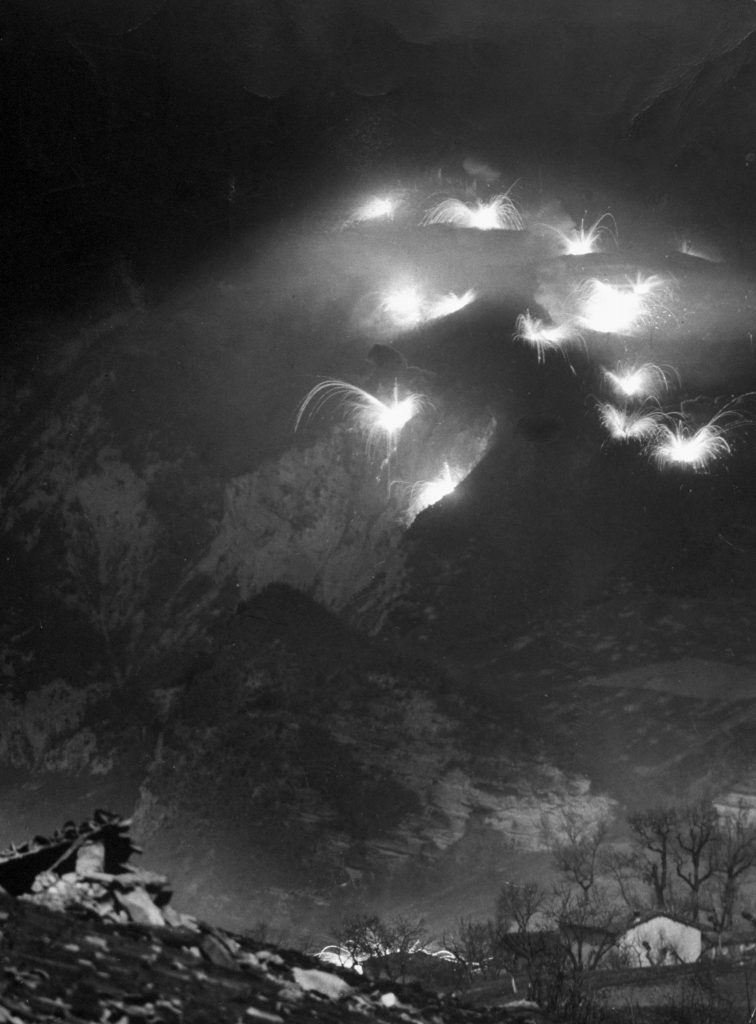 An Allied artillery barrage at night, on the Italian front, 1944. 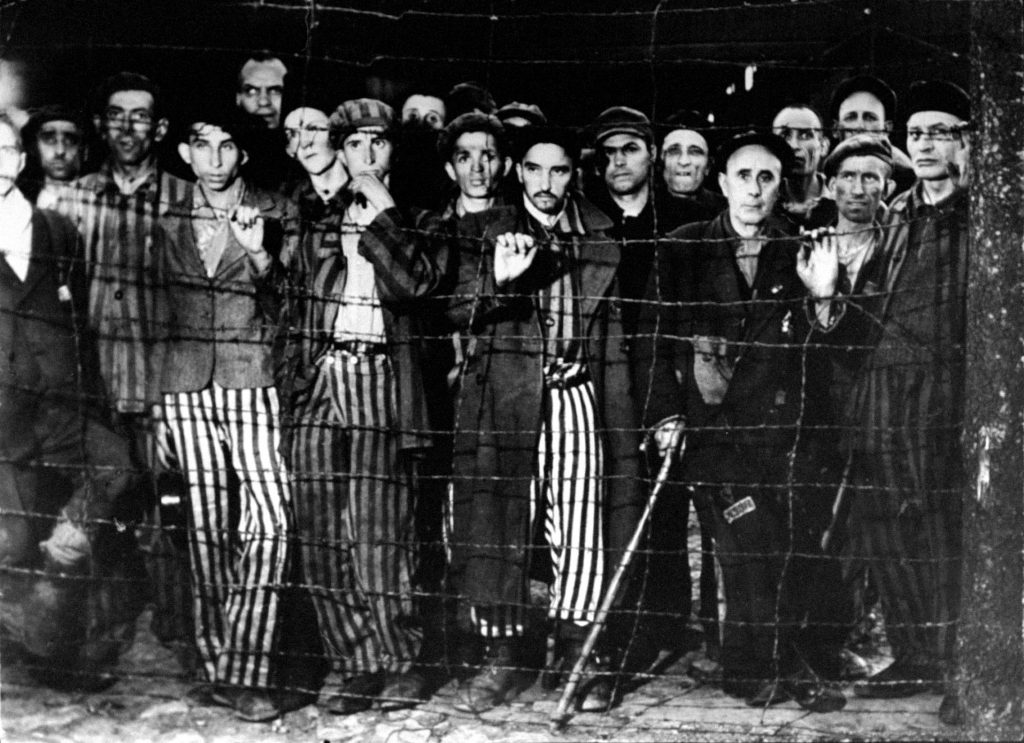 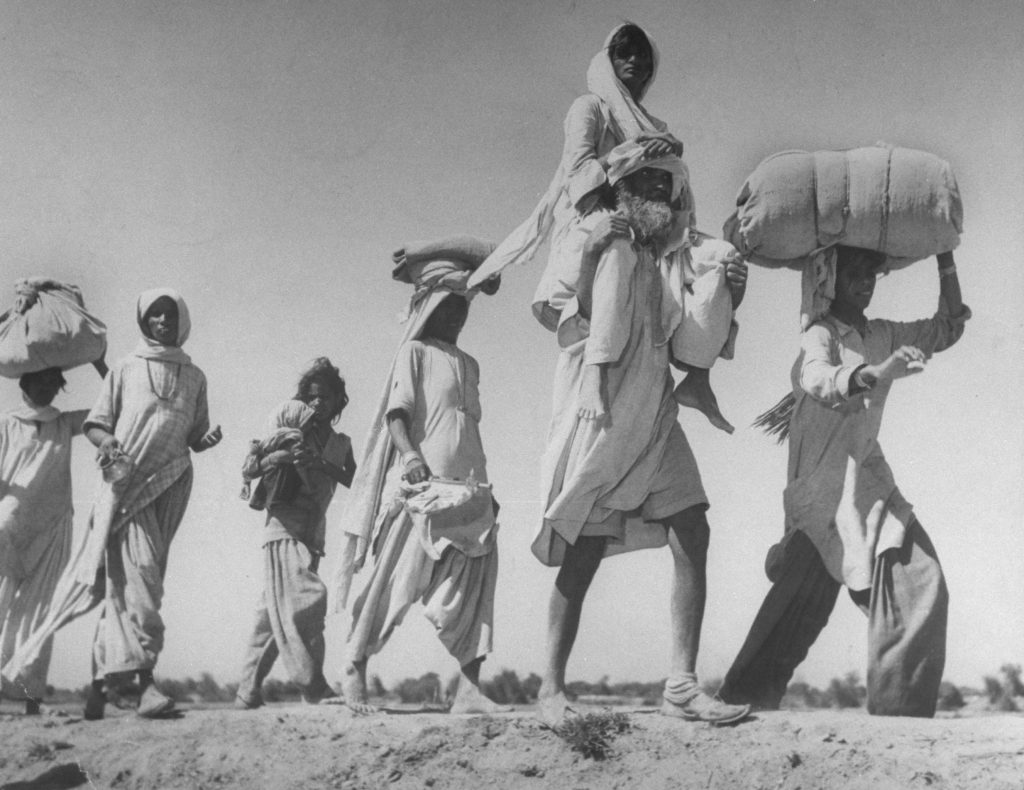 Hindus fled Pakistan in the midst of a border war, 1947. 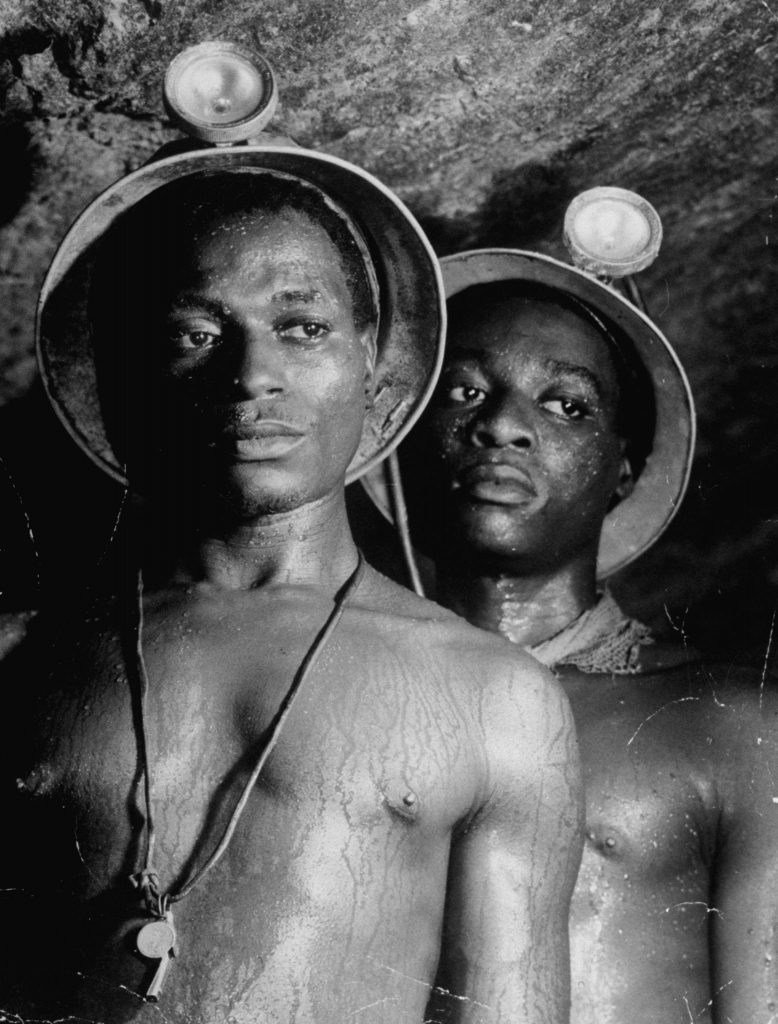 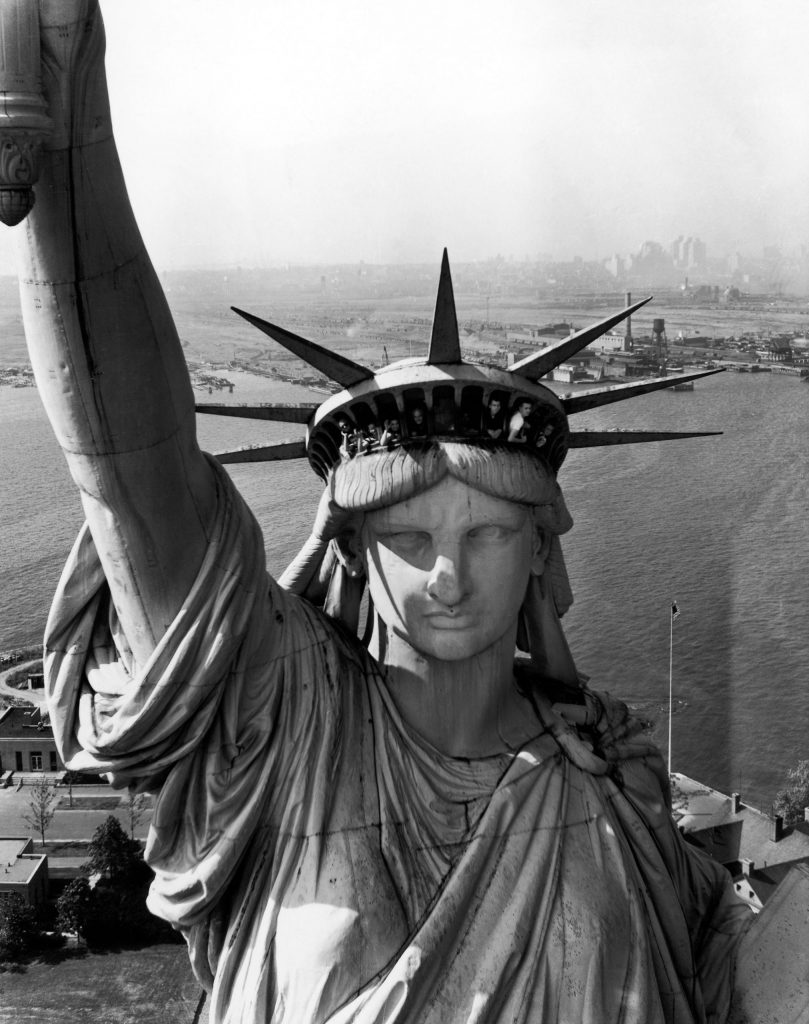 The Statue of Liberty, photographed from a helicopter, 1952. 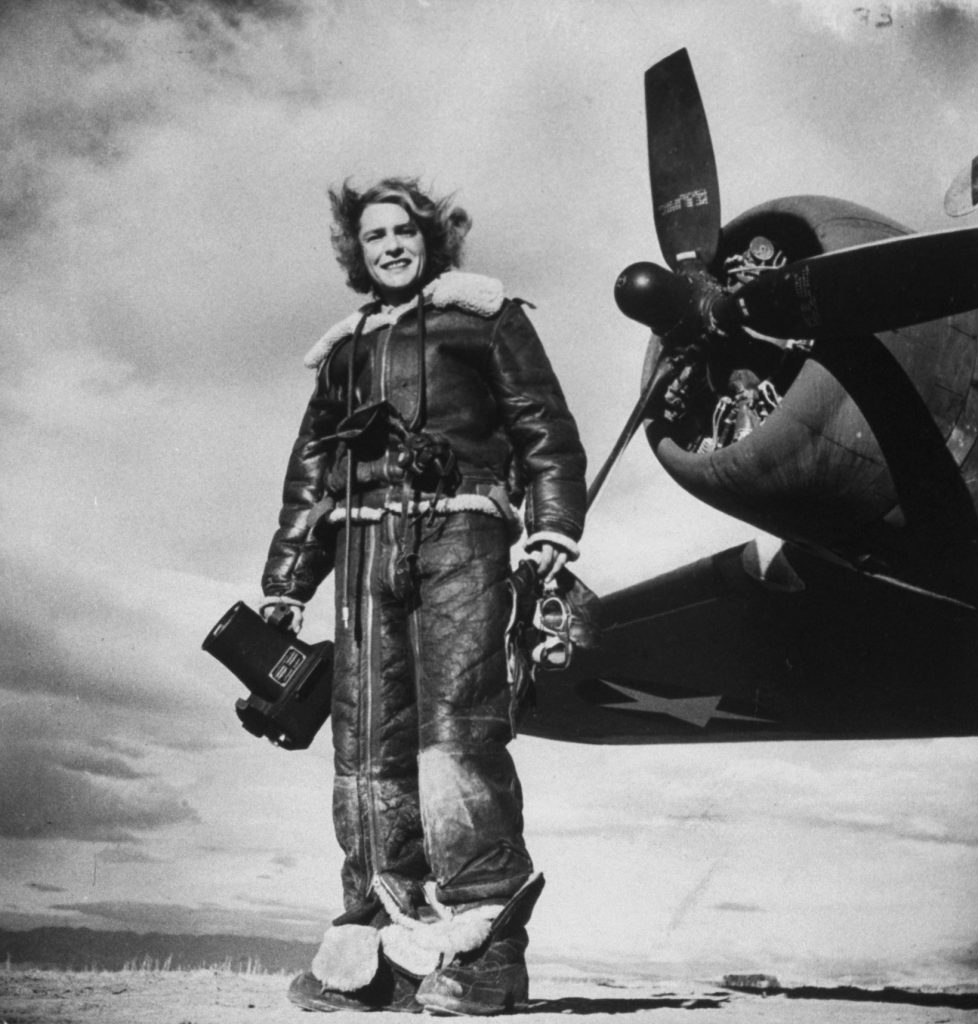 Margaret Bourke-White’s favorite self-portrait, made with the U.S. 8th Air Force in 1943.