John Olson: Chronicler of the ’60s, Innovator For the Blind

While working for Stars and Stripes during the Vietnam war, John Olson took this photo of wounded soldiers atop a tank.

Olson’s company transformed his original photo into a version that imparts its information to the blind through touch and sound.

John Olson arrived at LIFE late in the original run of LIFE magazine, and when he came on board at the age of 21, he was the youngest staff photographer in the magazine’s history. The pictures he shot for LIFE from 1968 to 1972 offer a kaleidoscope view of a turbulent period. He photographed soldiers in Vietnam, and hippies in a commune.  He was with Janice Armstrong while she waited for husband Neil to return from the moon, and with feminists on the march for justice. He photographed the presidency of Richard Nixon, and the rock stars who provided the soundtrack for an age of upheaval.

He says that he appreciates it all now much more than he did then. “At the moment they all seem like just another day at work,” Olson says. “It’s absolutely amazing by chance to have been in all of those places.”

Now Olson occupies himself with a project tinged with 1960s idealism—a mission to open up the world of photography to the blind. His company, 3DPhotoworks, creates three-dimensional versions of artworks and photographs that blind people can appreciate through touch and also through sound clips that activate when fingers pass over them.

The story of Olson’s journey into photography is a remarkable one. He grew up in Wayzata, Minnesota, outside of Minneapolis. His father was a seed corn salesman, and his mother died before he knew her. His family subscribed to LIFE, and from the age of 12 he knew that he wanted to shoot for the magazine. Among the images that fascinated him were the photographs coming out of Vietnam from Larry Burrows.

In 1967, Olson was drafted and sent to Vietnam—he actually asked to get transferred out of a longterm stateside training project and into a combat zone. Once in Vietnam he able to join Stars & Stripes as a photographer. He had been scheduled to leave for Hawaii for R&R on January 30, 1968, the day that North Vietnam launched its war-changing Tet Offensive, so Olson shot photos while his trip was delayed. Three days later he was able to leave for Hawaii and, in violation of protocol, he kept going and soon he was in New York, showing his photos at the Time-Life Building, and eventually meeting LIFE photo director Richard Pollard.

Olson then returned to Vietnam and Stars and Stripes, where he shot the notoriously violent Battle of Hue. Despite the terror he was witnessing, he stayed with the battle until he had shot all 19 rolls of his film. His images of Hue were eventually published in LIFE, and he won the Robert Capa Award, given to a photographer whose reporting demonstrates exceptional courage. Before long, Olson had a contract with LIFE, and then a staff job.

Olson returned to Vietnam for LIFE for four months toward the end of 1968, until he asked to come home, thinking if he stayed, “I’m going to get killed.” Once back in the U.S. his assignments included a stint in the Washington bureau, photographing the early days of the Nixon presidency. As the youngest photographer on staff, he was also sent out to document the ’60s counterculture, memorably embedding in a commune and documenting their lifestyle.

Among the stories he shot was one he threatened to quit over unless he was allowed to do, so important did be believe it to be—a story that following a soldier from Vietnam to his return home to the United States, and the difficulty of making that transition. His story “A Veteran Comes Home—To Limbo” ran in LIFE’s April 16, 1971 issue.

After LIFE shuttered in 1972, Olson turned to more lucrative commercial and corporate photography and also directed television ads. But, he says, “The pinnacle of my career in work quality was with LIFE Magazine.”

His most absorbing project today is one that he sees as fulfilling a vital mission, and which connects directly to his love of photography. He began to think of the particular struggles of the blind, and the great challenge of going through life without being able to absorb information visually. He did this, he says, without ever having known anyone who was blind.

He started a company which renders photos in three dimensions and also include sensors that respond to touch with audio clips, so that blind people can run their hands over the photos and absorbing its information. So far his company has done 19 museum installations, including at the Virginia Museum of Fine Arts in Richmond, the Smithsonian National Air & Space Museum, and the Museum of the American Revolution in Philadelphia.

The project took a great leap forward in January 2021 when Olson’s company, Tactile Images, announced a partnership with Getty Images and The National Federation of the Blind. Getty is granting access to its comprehensive and unparalleled collection of photographic images, which runs from Matthew Brady’s Civil War images on forward, while the National Federation of the Blind is putting up $500,000 to help make these three-dimensional images available to the public through dislpays and installations.

“When you ask blind people what they want to see, they say `everything,'” Olson says. “There’s no better partners for us than Getty, who has everything, and a community that wants to see everything.”

Presented here are a selection of Olson’s photographs for LIFE, and of the works for the blind that his company now creates. 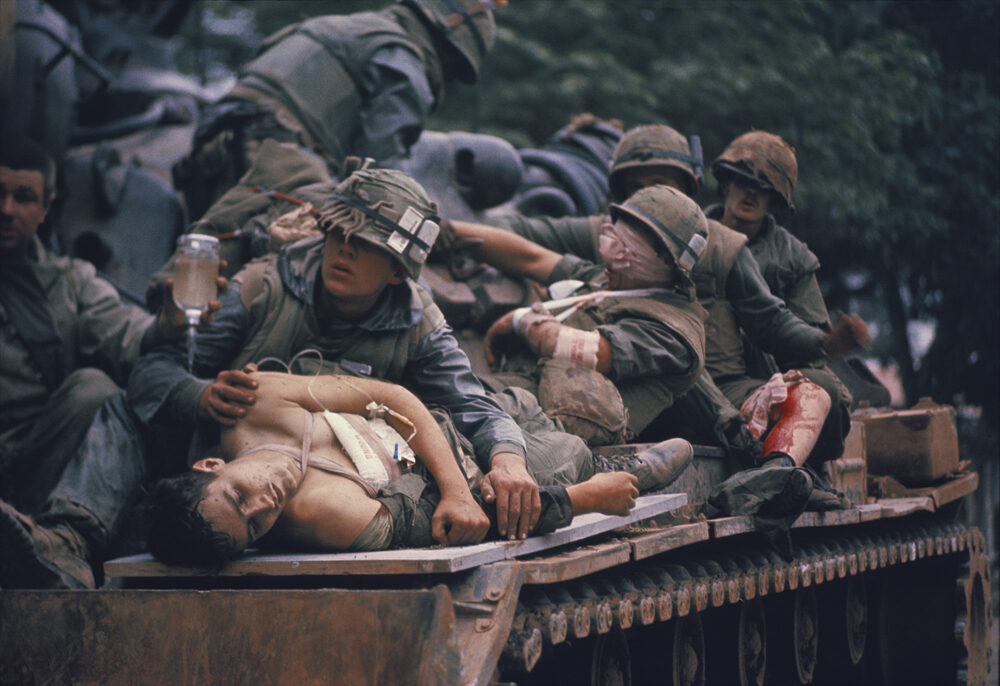 While working for Stars and Stripes during the Vietnam war, John Olson took this photo of wounded soldiers atop a tank. 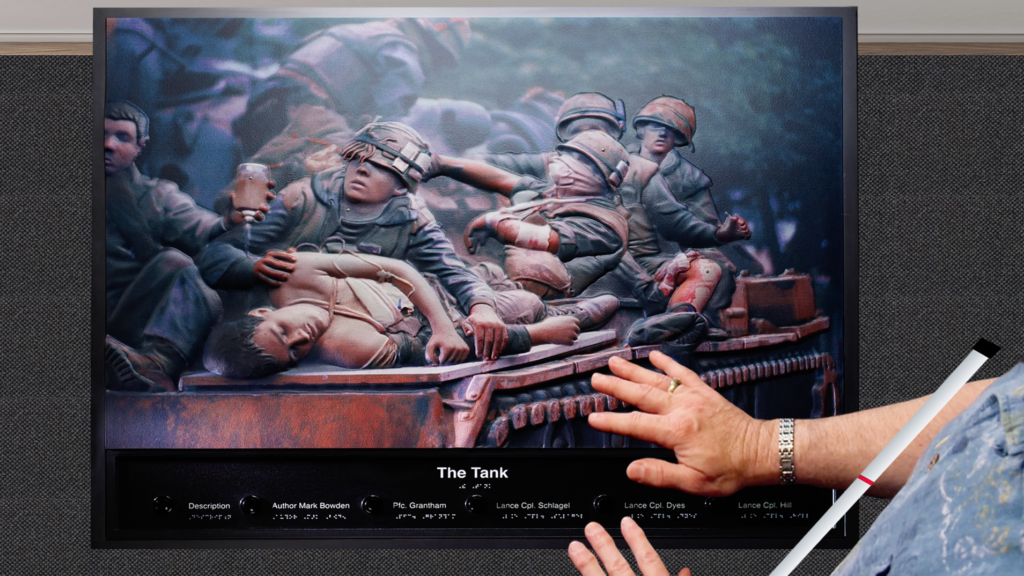 Olson’s company transformed his original photo into a version that imparts its information to the blind through touch and sound. 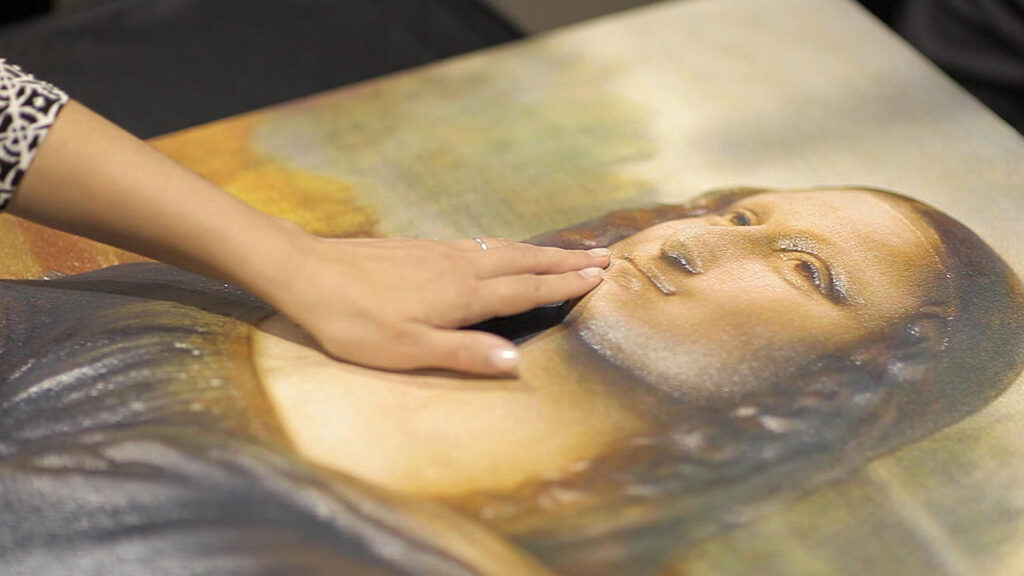 Olson says that when blind people encounter this three-dimensional rendering of Da Vinci’s Mona Lisa, they often comment that “her smile is not what was described to me.” 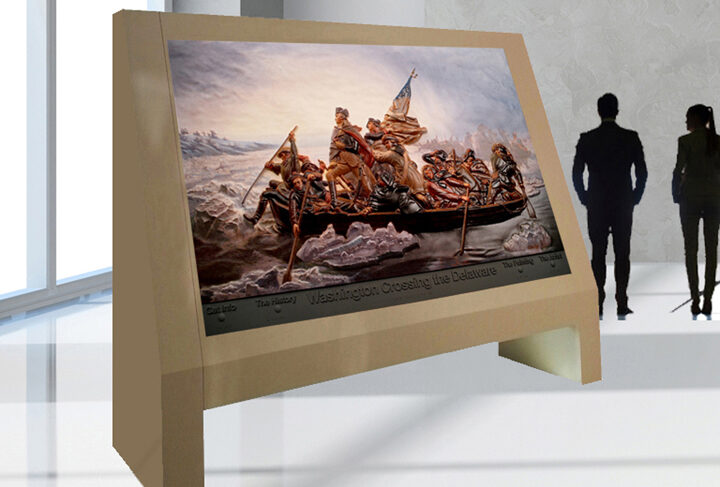 Tactile Images embedded this photo with 27 audio tracks that both describe what is happening and relate the story of Washington crossing the Delaware. 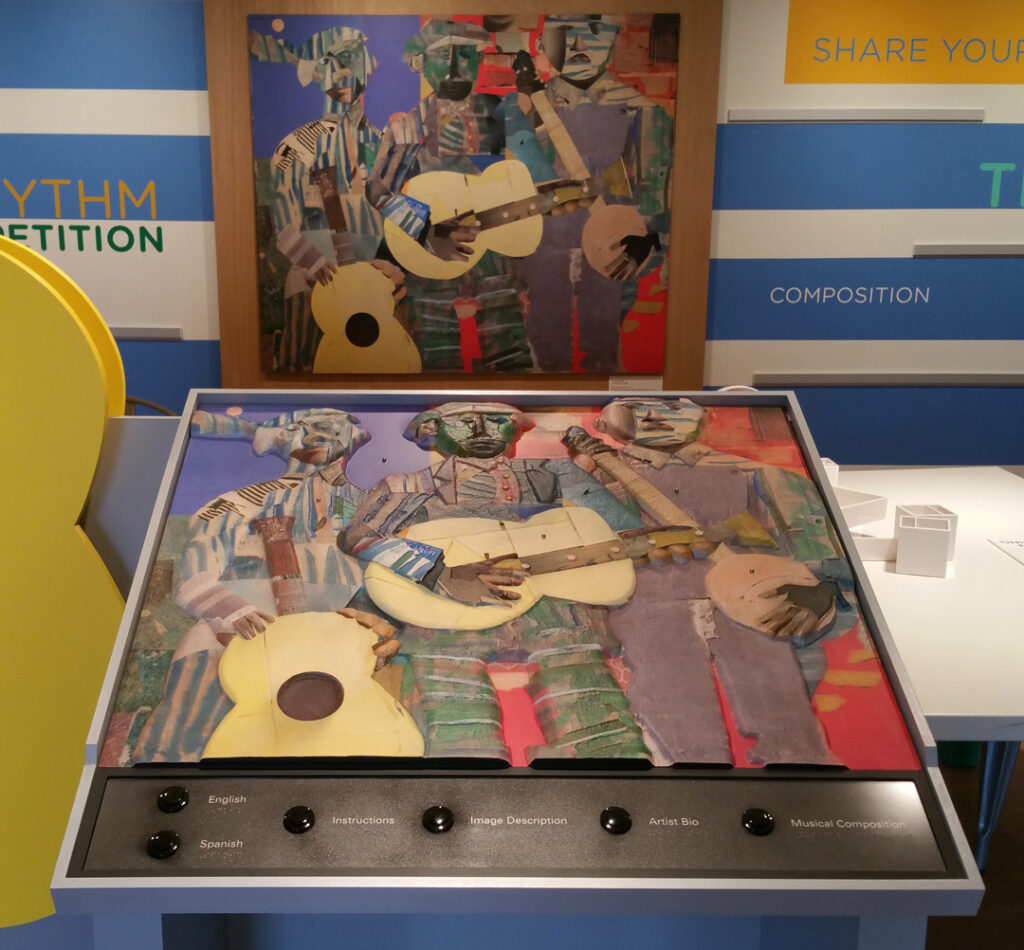 This tactile version of 3 Musicians, a collage by artist Romare Bearden, was commissioned by the Virginia Museum of Fine Art. 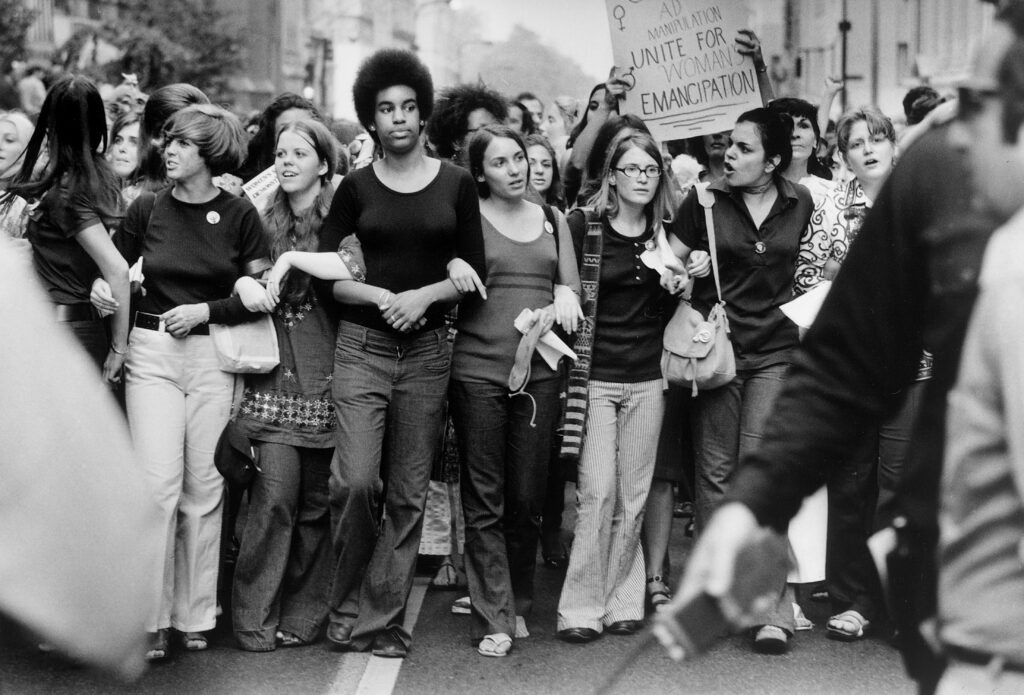 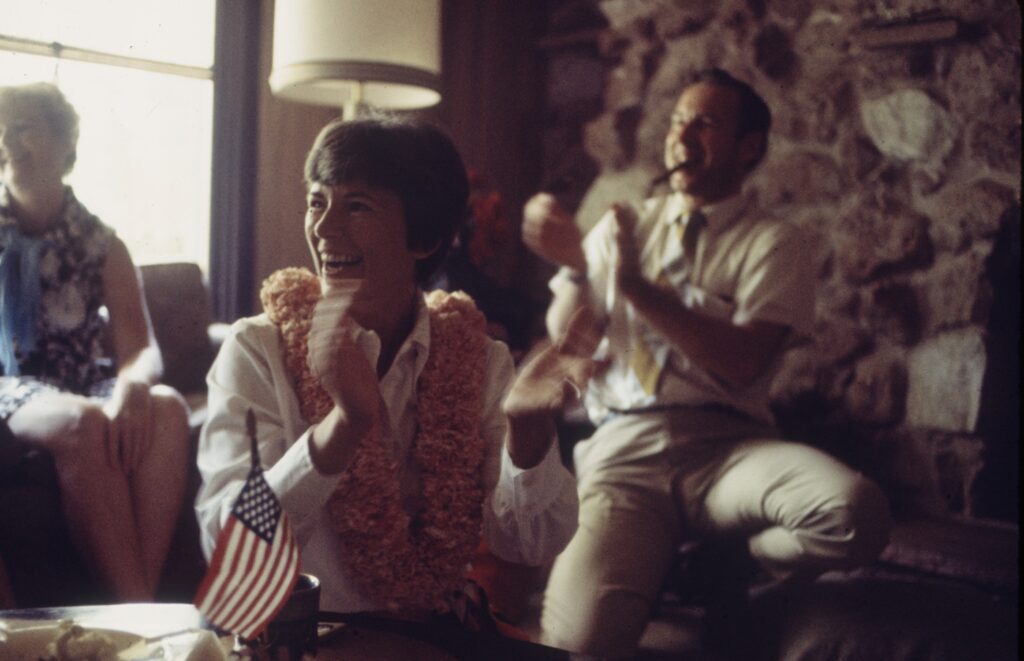 Janet Armstrong, wife of astronaut Neil, watched from her home in Texsa as her husband’s trip to the moon and back made a successful splashdown, 1969.

A tent-dwelling family who lived on a commune read bedtime stories. 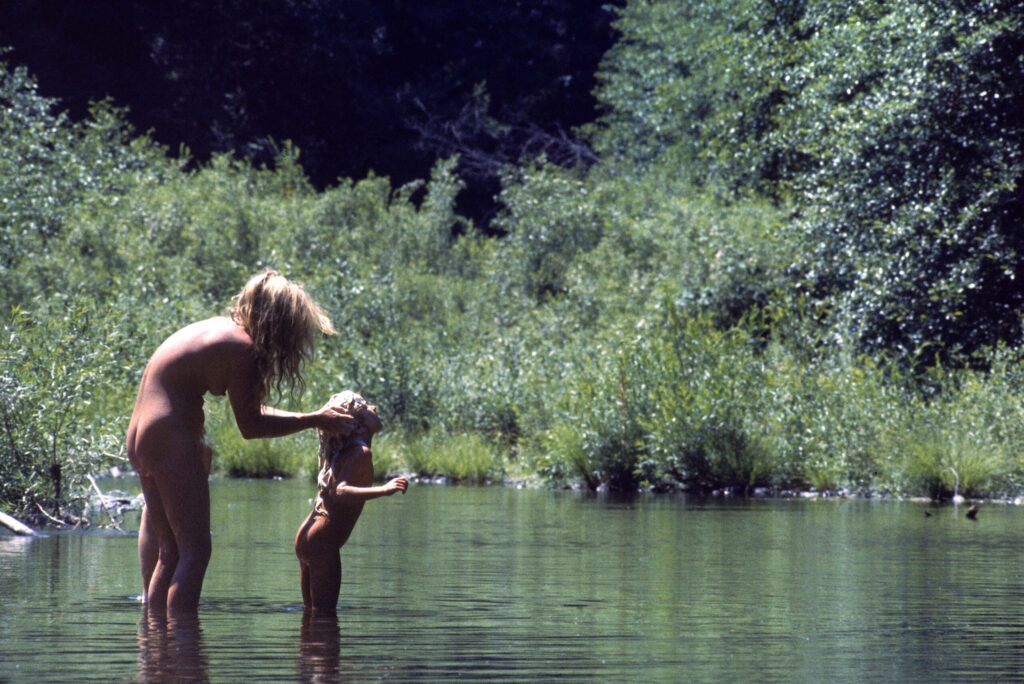 A mother washed her child’s hair in a stream near their commune. 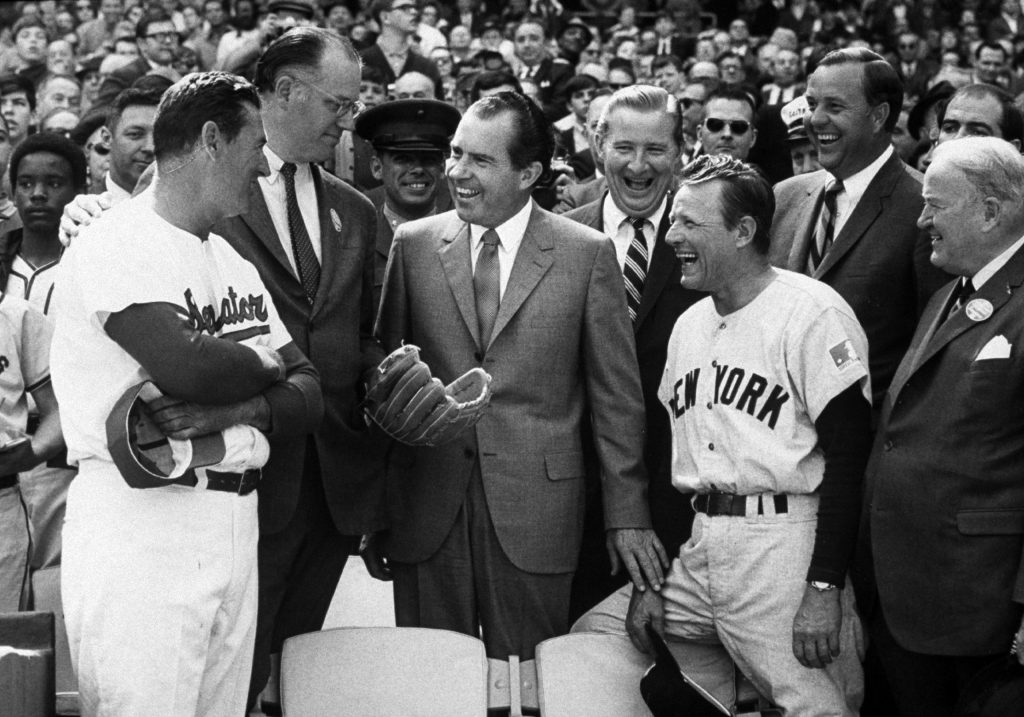 President Richard Nixon readied to throw out the first pitch of the 1969 baseball season as manager Ted Williams of the Washington Senators, Major League Baseball Commissioner Bowie Kuhn and manager Ralph Houk of the New York Yankees looked on at RFK Stadium in Washington, D.C.,April 7, 1969. 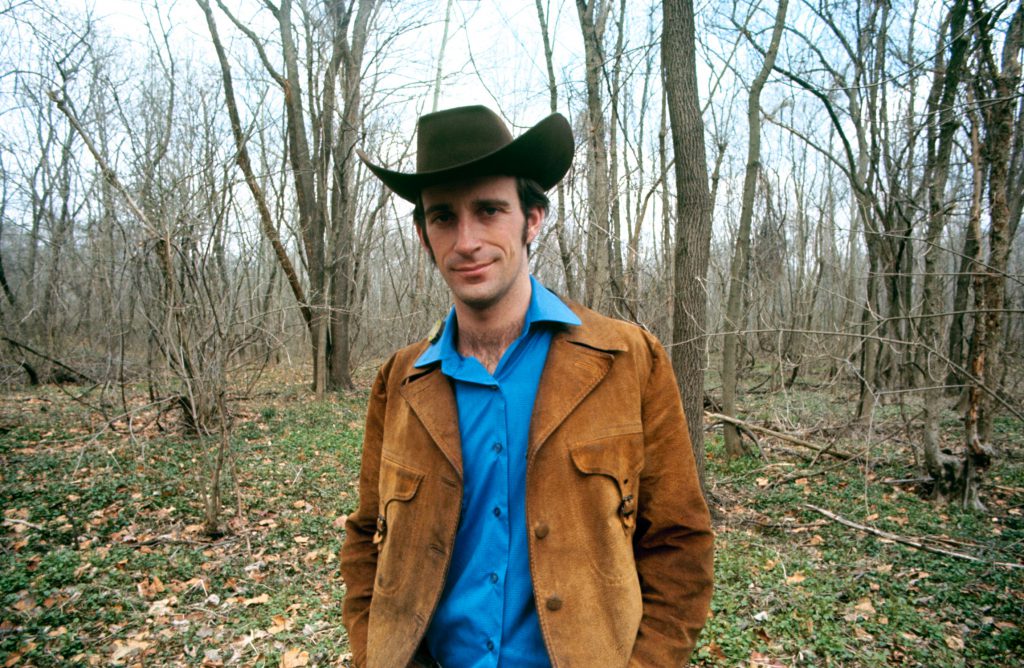 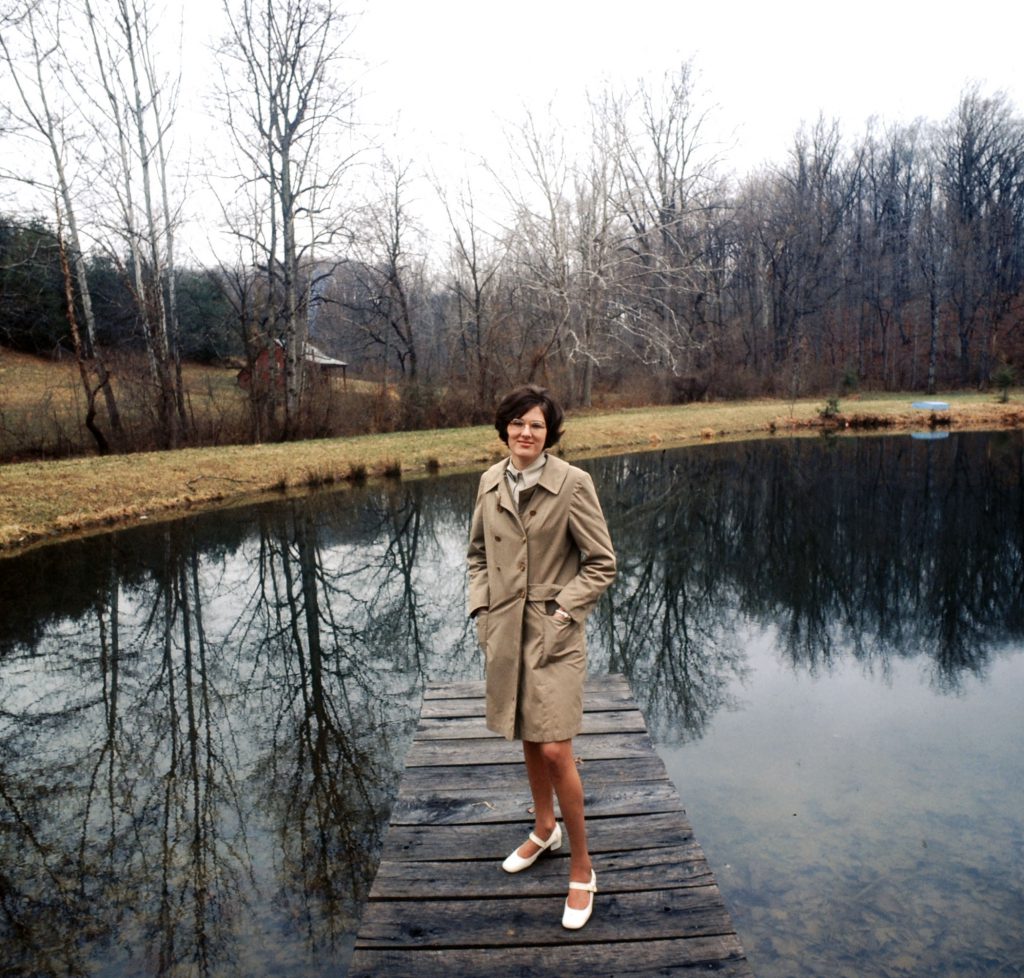 Barbara Reid, one of the organizers of the first Earth Day celebration, 1970. 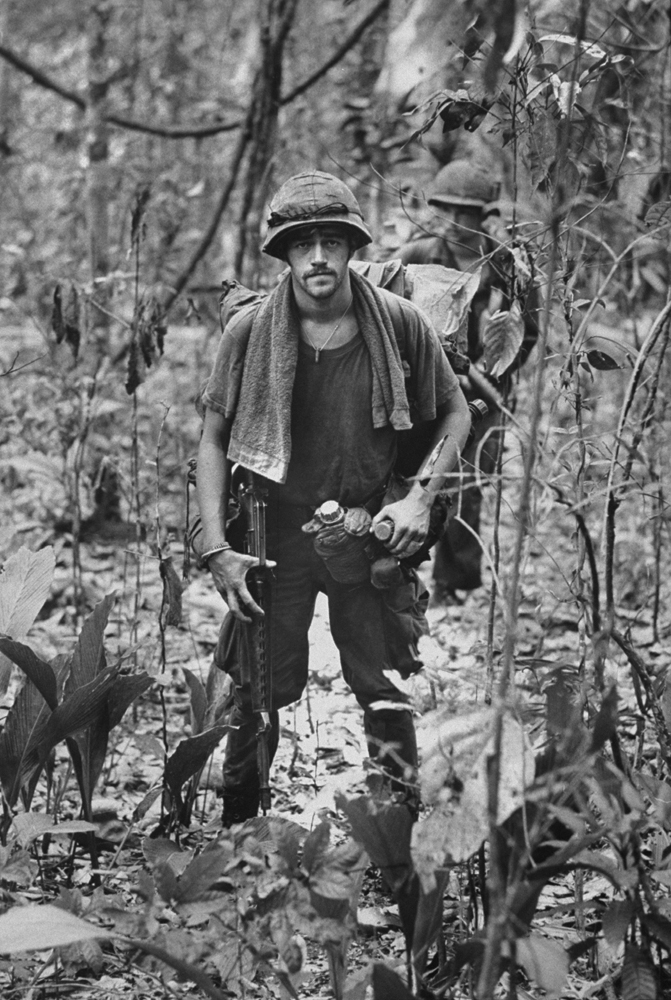 Sgt. Mike Ball on patrol near the end of his tour in Vietnam, 1970. 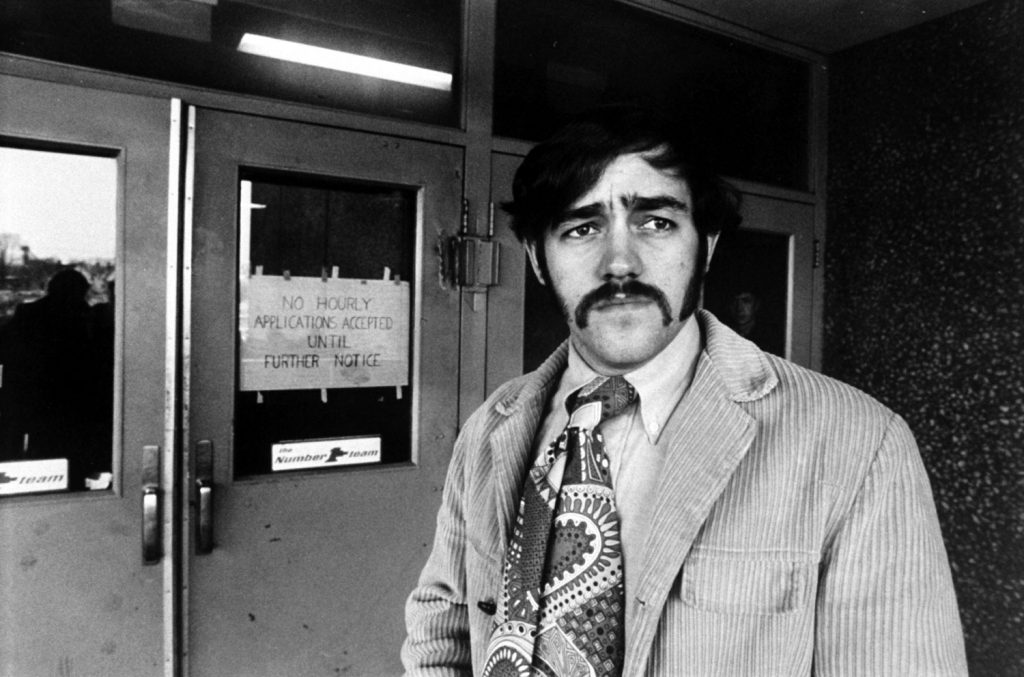 Mike Ball, struggling to find work after his return home from Vietnam, made his twentieth attempt in ten days at finding employment. 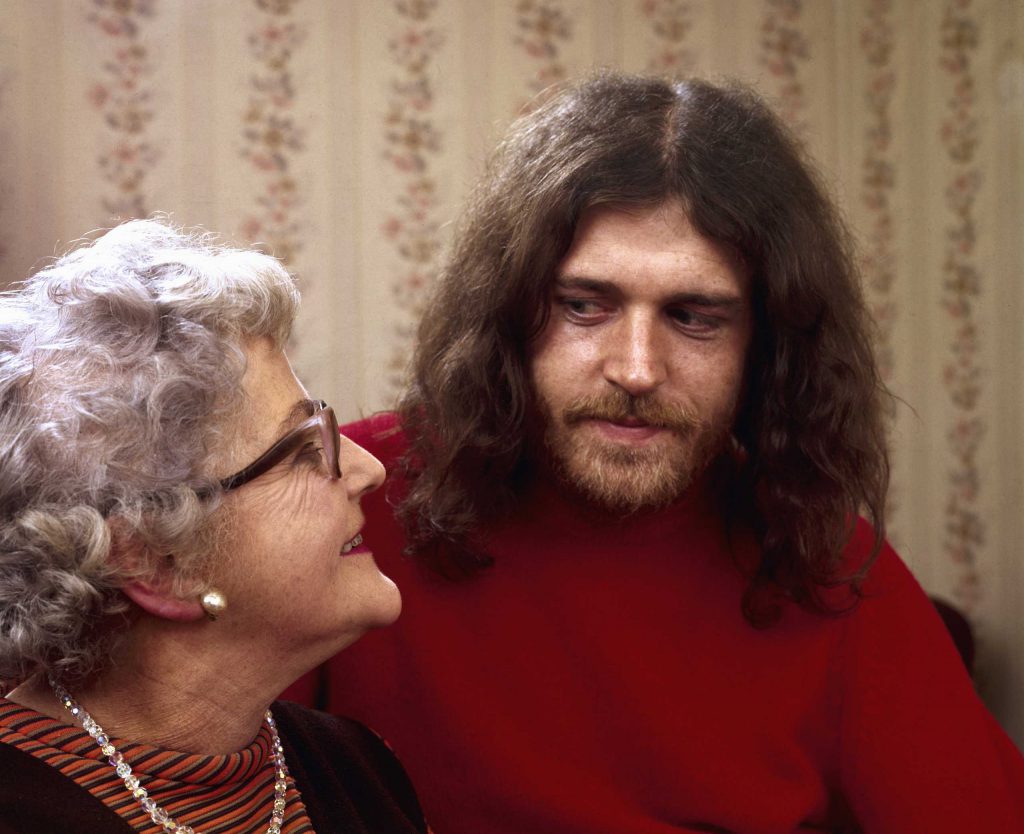 Joe Cocker with his mother, 1970, from a series John Olson shot on rock stars and their parents. 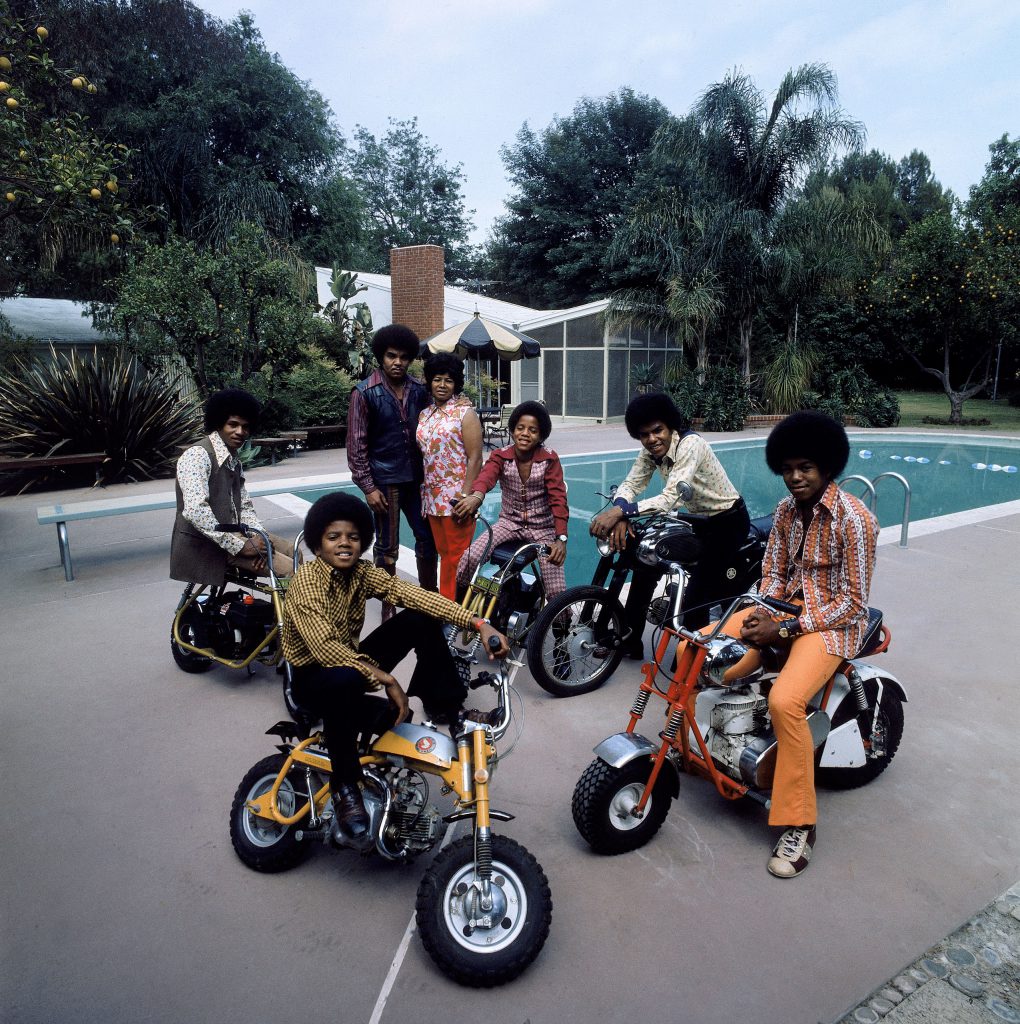 The Jackson Five and their parents in 1970: (clockwise L-R): Jackie, parents Joe and Katherine, Marlon, Tito, Jermaine and Michael in their backyard. 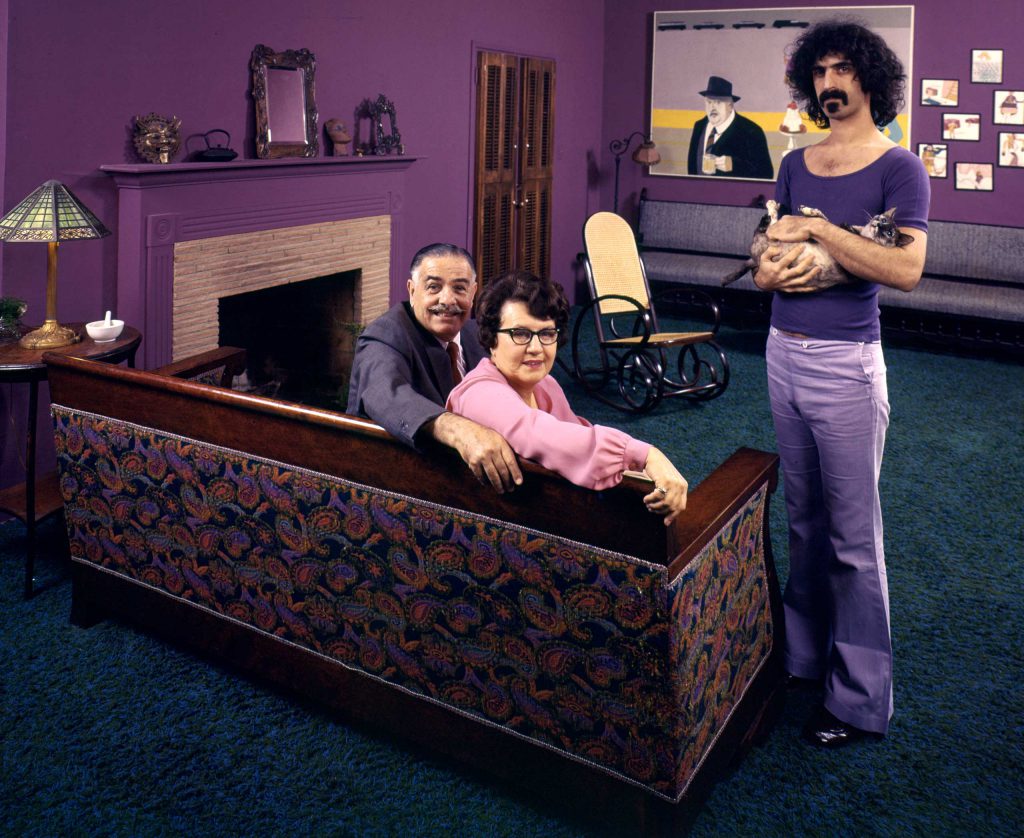 Frank Zappa in his Los Angeles home with his dad, Francis, his mom, Rosemarie, and his cat in 1970. 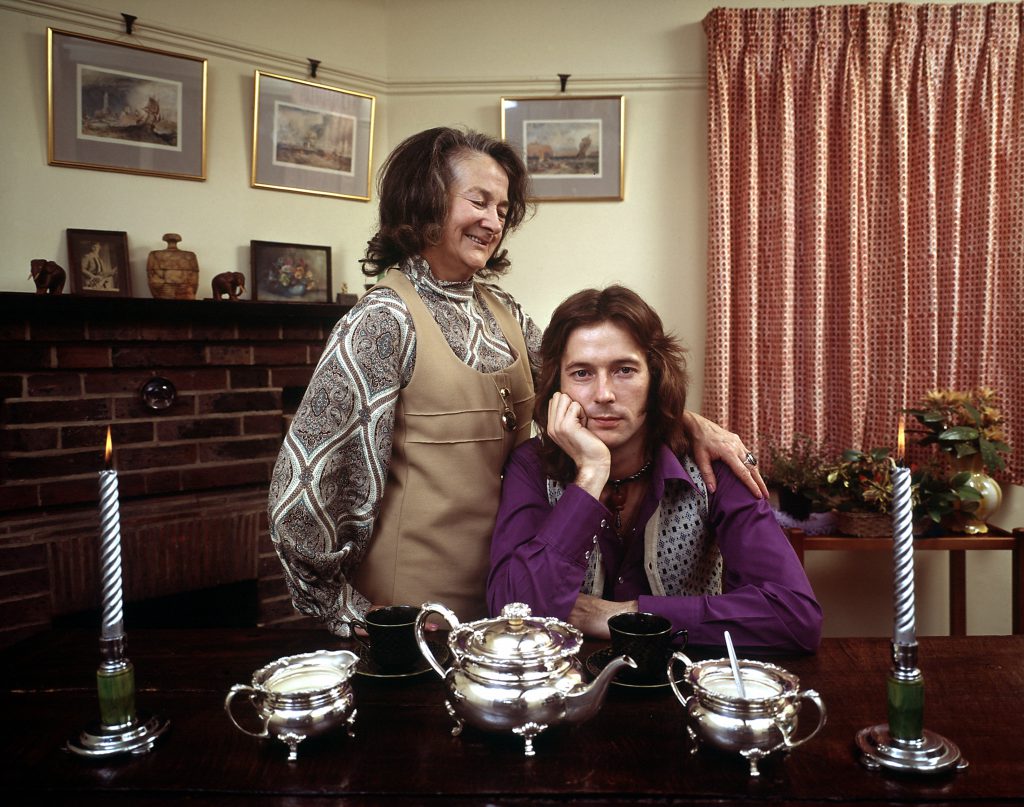 “They had a parrot in a cage,” Olson remembers of the shoot at Clapton’s grandmother’s home. “Eric’s grandmother, Rose Clapp, left the room, and the parrot talked. It said F—you! I couldn’t believe it. So Mrs. Clapp comes back and I say, ‘The parrot talks.’ And she says, ‘Yes, he says gobble gobble .’ So Eric and I are talking and I ask, ‘Hey, what’s that parrot say?’ and he looks at me like I’m crazy. He says, ‘The parrot says F—you.’ There was a group then called Delaney & Bonnie, and Eric said they stayed there for a couple of weeks and taught the parrot how to say it.” 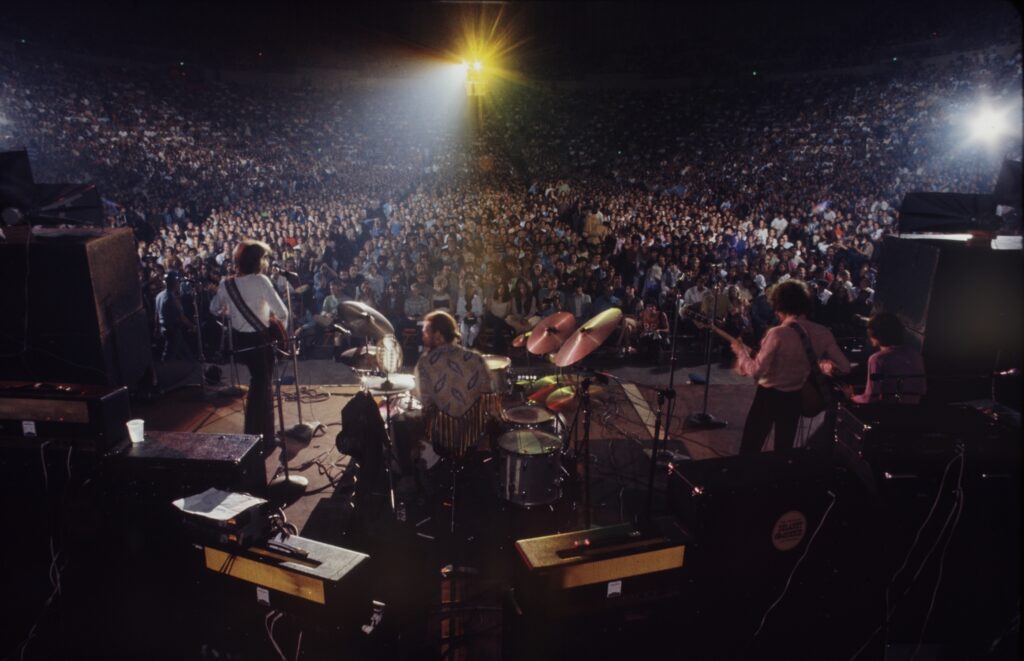 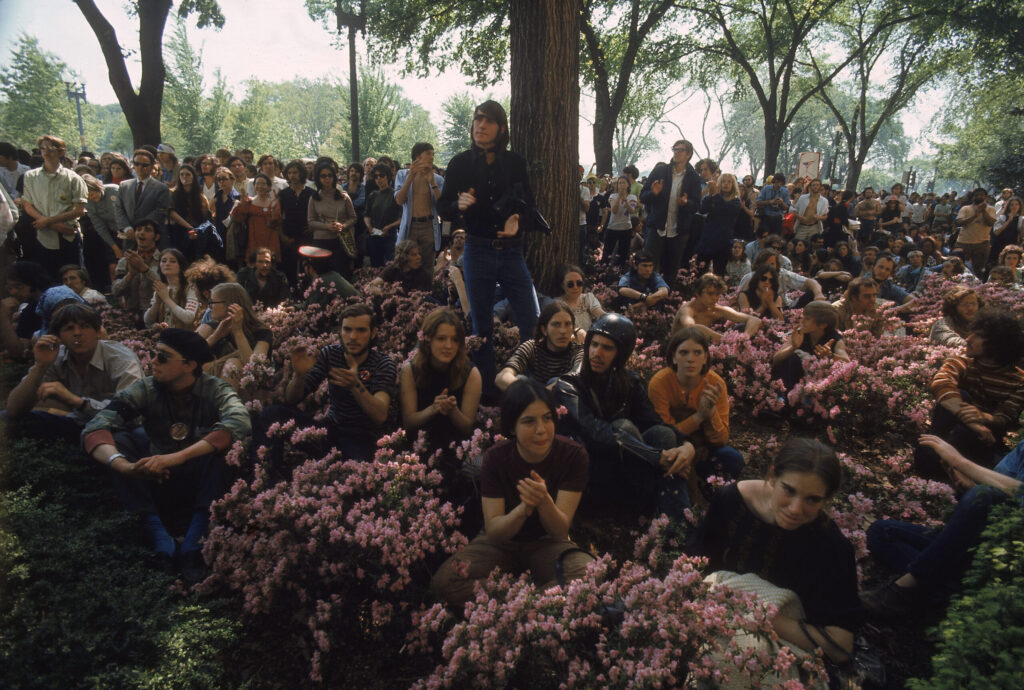 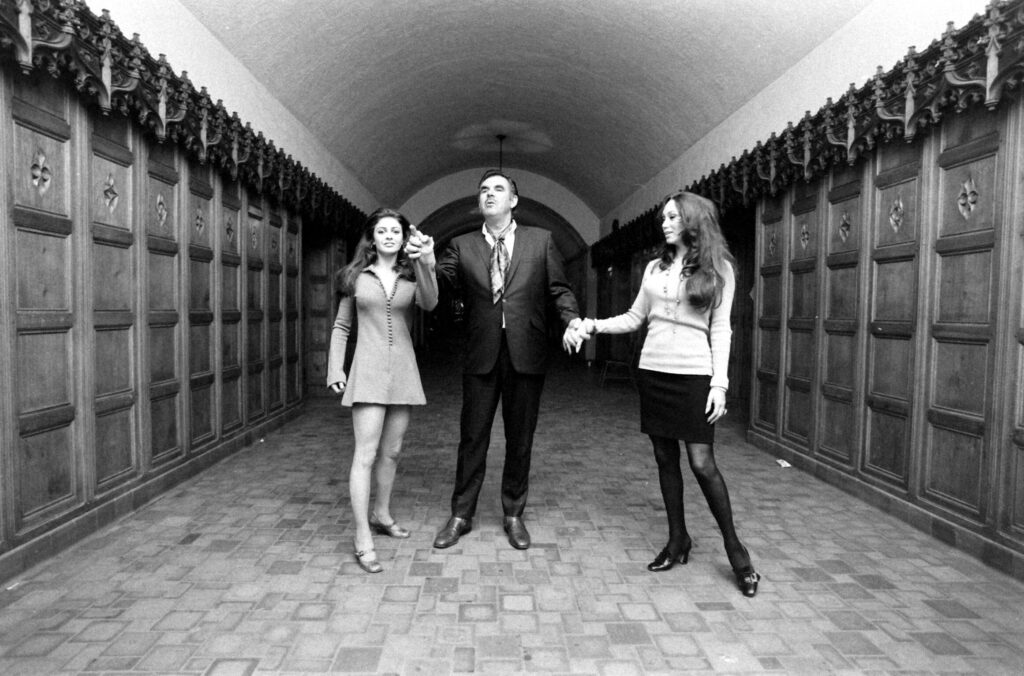 In 1970 Yale University Law School hosted a Russ Meyer film festival; Meyer is flanked by two stars from his movies: Cynthia Myers (left) of Beyond the Valley of the Dolls, and Haji of Faster Pussycat! Kill! Kill!, 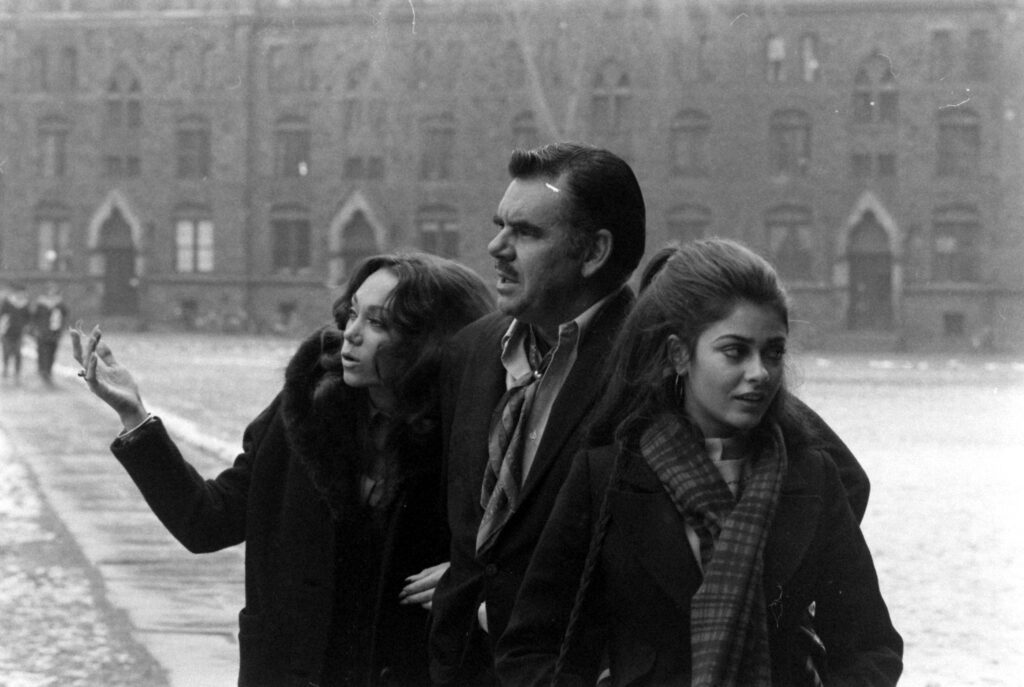 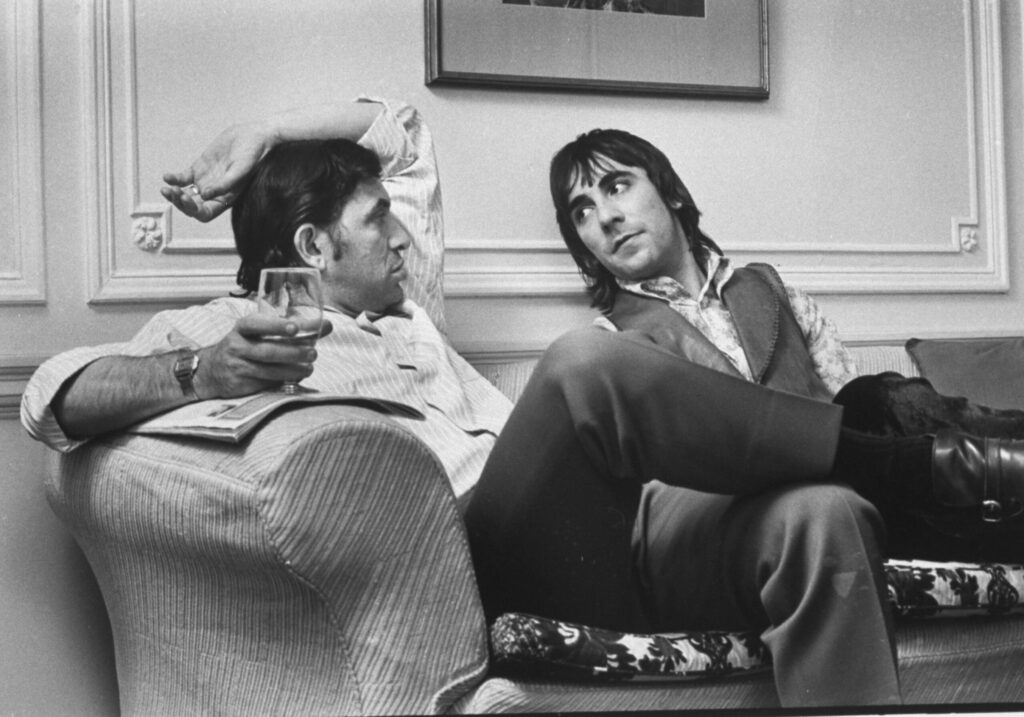 Rock promoter Bill Graham chatted with Keith Moon, drummer for The Who. 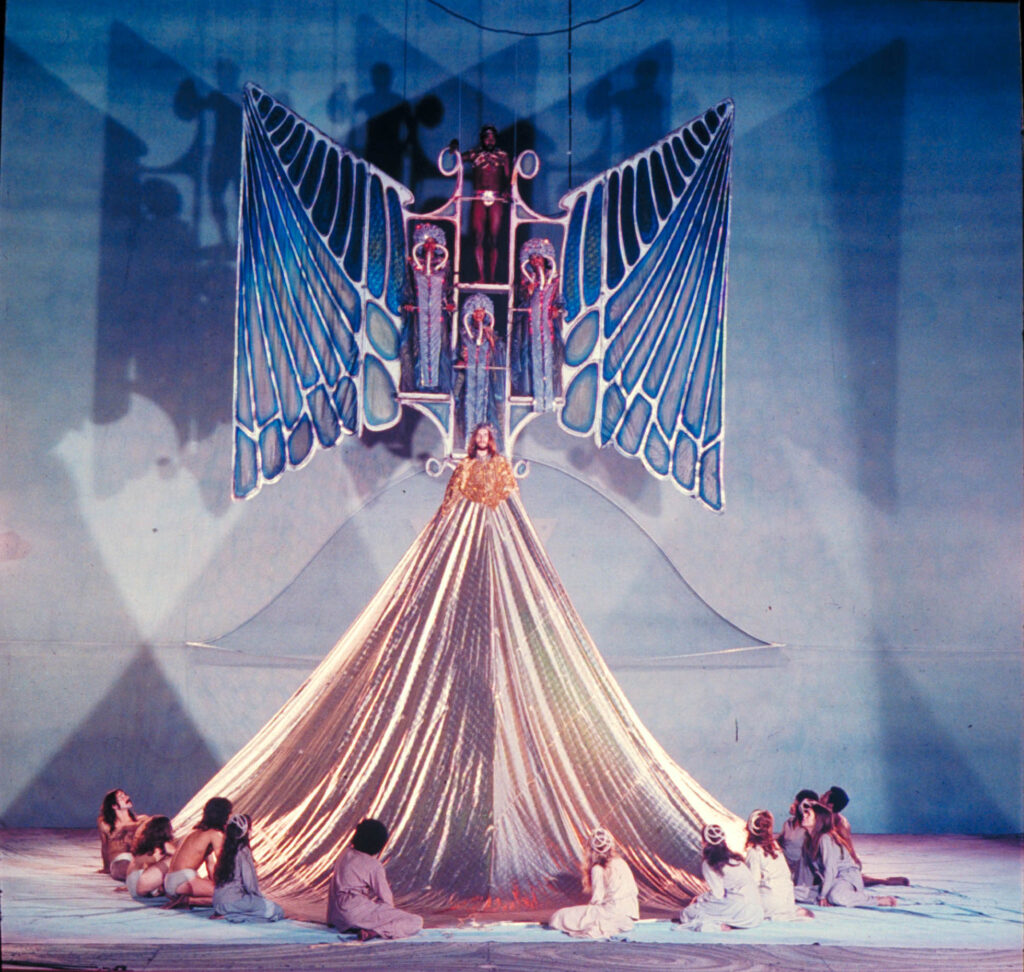 A moment from Jesus Christ Superstar: Jeff Fenholt, as Jesus, was elevated with angels whileJudas, played by Ben Vereen, was on a wing-shaped set platform.