The following is adapted from the new special issue LIFE’s 100 People Who Changed the World, available at newsstands and online:

History never stops moving. It evolves. It is fluid. What history looks like today is different from what it looked like, say, a hundred years ago; and what today’s history-in-the-making looks like now may be seen very differently just 20 years from now. Did anyone in 1907 really think Henry Ford was changing the world when he started tinkering with how to make his Model T? Other than maybe Henry himself, probably not. Will Elon Musk be seen in 2040 as a world changer because of his electric Tesla? He may or he may not.

When combing the past and the present for a list such as the 100 People Who Changed the World, there are criteria to consider, to be sure, but there are no hard-and-fast rules. There are judgments to be made, but there are no certain truths. Our list was less a hardened document than a current collection—a collection of men and women who, for better and sometimes for worse, have made a clear mark on our civilization. Such a list is by necessity subjective and open to delicious debate.

But while history may be fluid, it does tend to crystallize over time: The significance of Aristotle or Catherine the Great is easy to see from here. And certainly the importance of some of history’s great characters was apparent to their contemporaries: George Washington or Pablo Picasso or Mother Teresa. Others were largely invisible in their own time, their contributions realized only long after they were gone: Karl Marx died in 1883, many years before his writings would inspire powerful communist societies; Alan Turing, who died lonely and tortured, is now lauded as the brilliant father of the computer; and Rachel Carson gained respect as a naturalist writer not long before her death, but appreciation for her impact on environmentalism has blossomed more recently.

Perhaps the most intriguing part of this exercise is pondering the ultimate impact of present-day figures. Steve Jobs makes the list by virtue of his influence on high tech and our daily lives. But what of Mark Zuckerberg, perhaps the founding figure of social media when he launched Facebook in 2004? His impact is huge, and he has made it possible for billions of people to come together; but the social media site has also made it easier to drive society apart, upending the news business and even the way elections are conducted. Can we yet evaluate the nature of Zuckerberg’s controversial creation and his ability to control it?

Similarly, Jeff Bezos presents a quandary. He might be seen as a retailing successor to Richard Sears, who made our list of 100 even though his great namesake legacy is now in bankruptcy. But Bezos also rides the wave of technology, and the power and reach of Amazon are frighteningly large. And by the way, without Robert Kahn and Vint Cerf, would we even have Zuckerberg and Bezos to kick around? Who are they, you ask? Just the guys who figured out a way for all the computers of the world to speak to each other, something we call the internet. If that invention hasn’t changed the world as we know it, well, tell us what has.

When it comes to game changers, Martin Luther King Jr. is of course included here for his enormous impact on civil rights. Yet King also has spiritual descendants whose work continues to alter our lives every day, including Alicia Garza. She’s the organizer who coined the phrase “Black Lives Matter” in 2013, after George Zimmerman was acquitted of murdering Florida teen Trayvon Martin. An anguished Garza posted “I continue to be surprised at how little Black lives matter . . . Our lives matter.” That sentiment was turned into a hashtag and became a movement that appears to be challenging racism in a way that has eluded the nation for centuries.

Will the moment last? Only time, of course, will tell. History will move inexorably forward, our questions today will have answers tomorrow, and lists like these will change—again and again and again.

Here are photographs of some of the people who made the list in LIFE’s 100 People Who Changed the World. 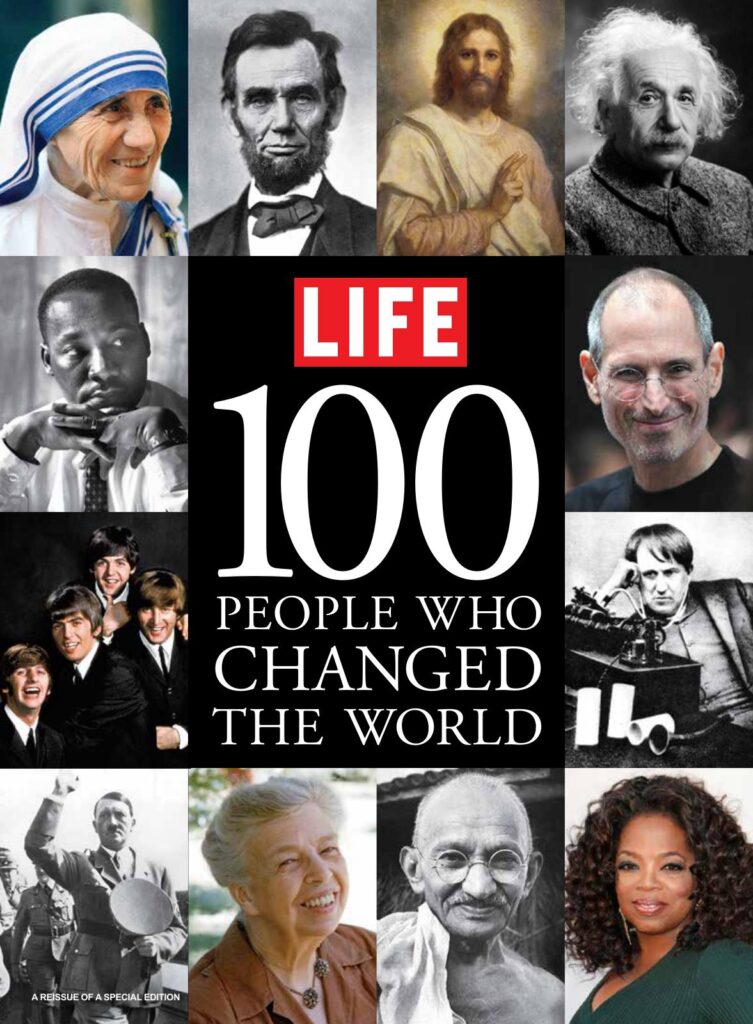 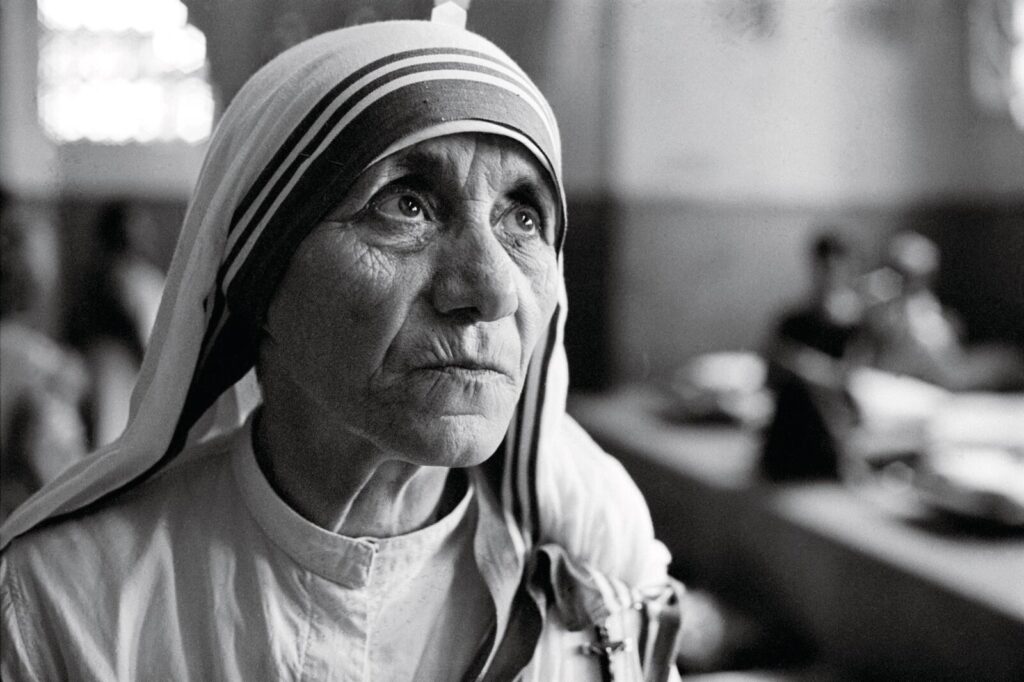 Mother Teresa at a hospice for the destitute and dying in Kolkata, India, 1969. 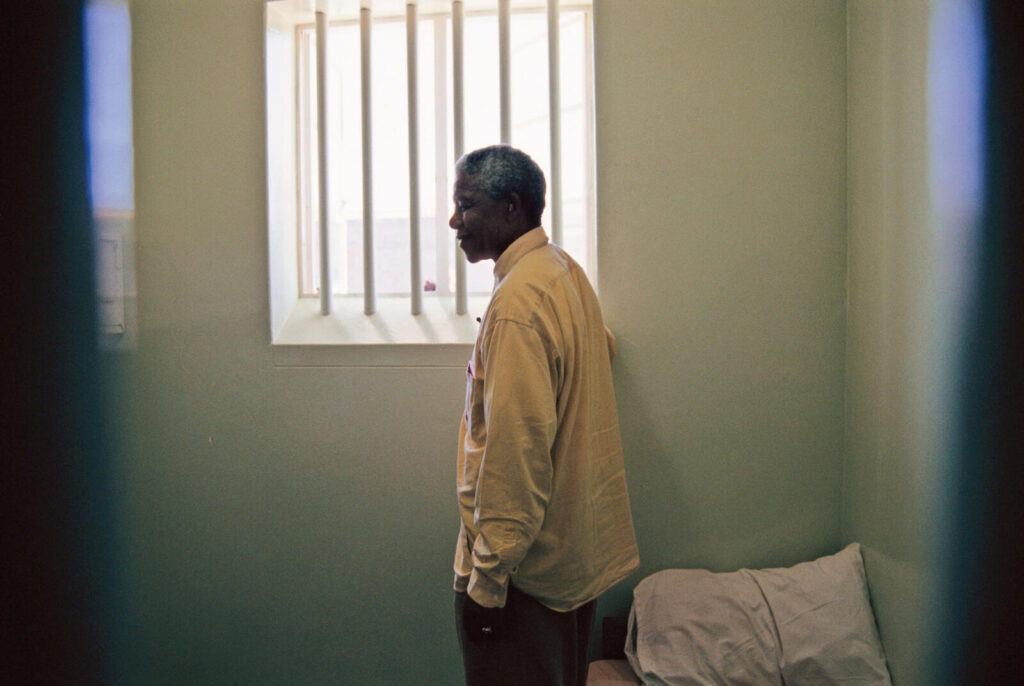 In 1994 Nelson Mandela visited the cell in Robben Island Prison in South Africa where he had been held as a political prisoner from 1964 to 1990. 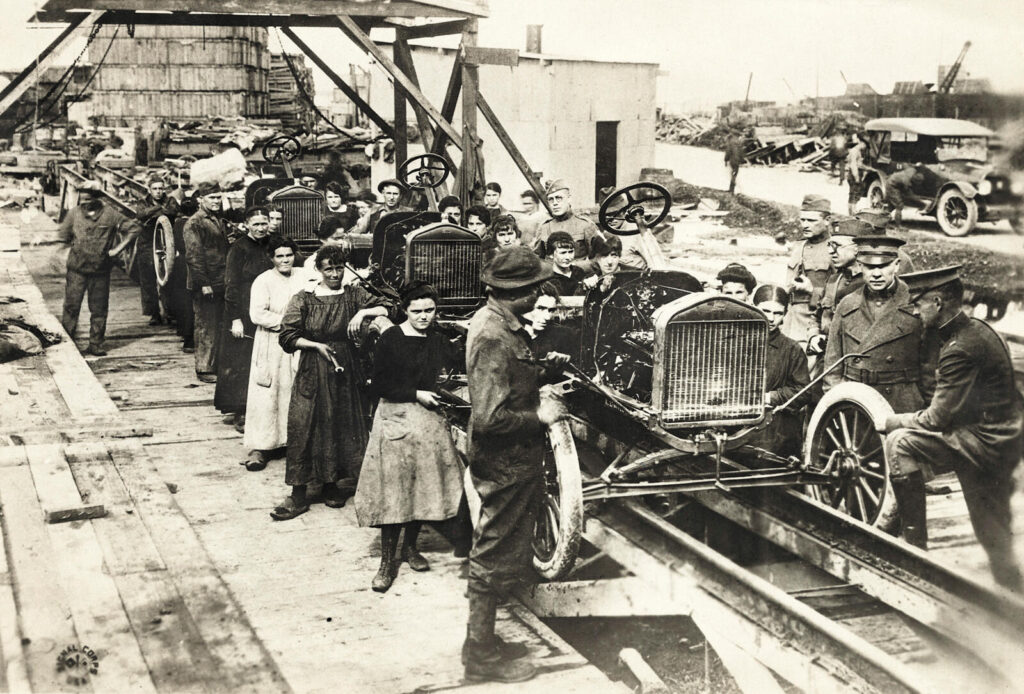 Circa 1910, women worked on an early outdoor version of the Henry Ford assembly line that would revolutionize mass production. 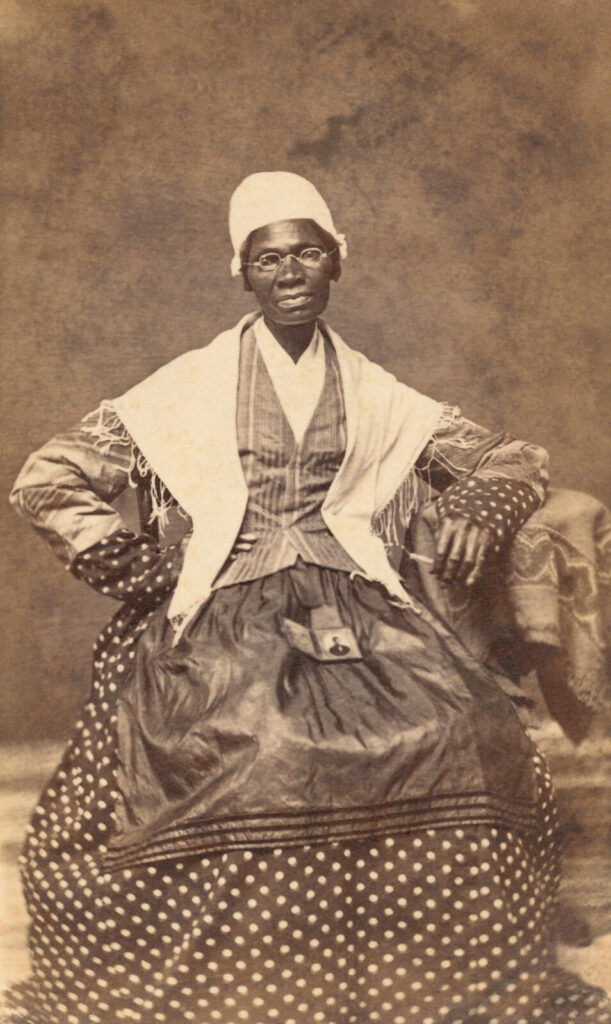 Sojourner Truth, an anti-slavery and women’s rights activist, held in her lap a photo of her grandson James Caldwell, who fought with a Massachusetts regiment and survived being a POW in South Carolina during the Civil War. 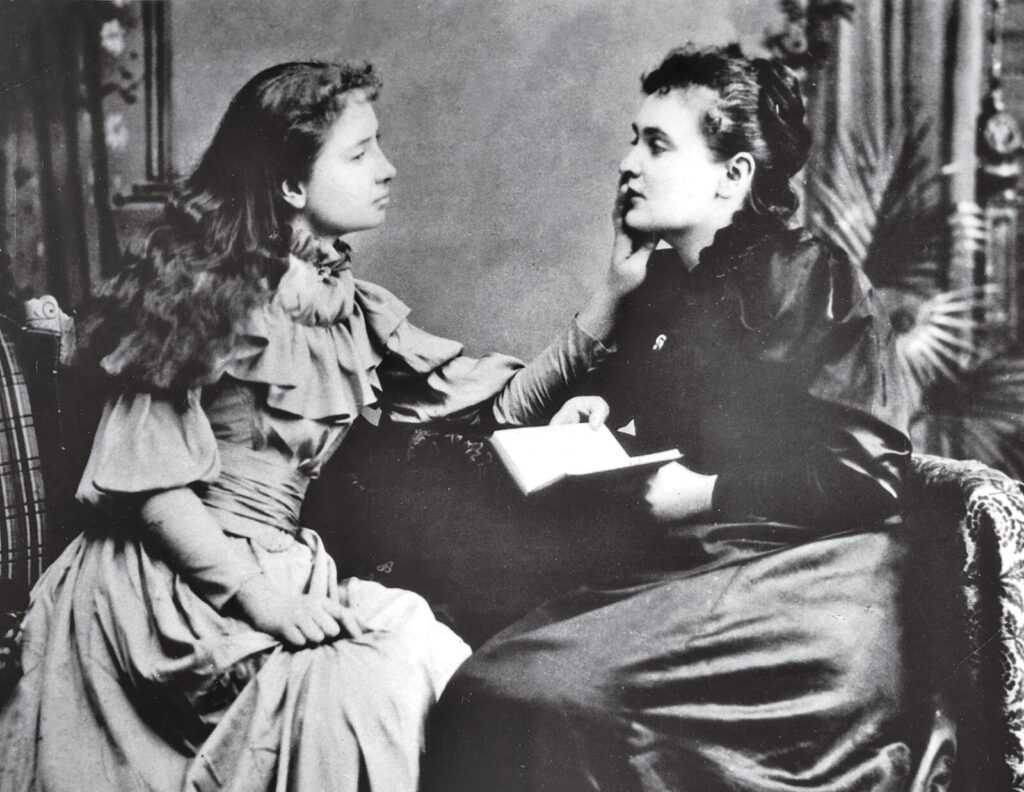 Helen Keller, blind and deaf, felt the face of her teacher, Anne Sullivan. 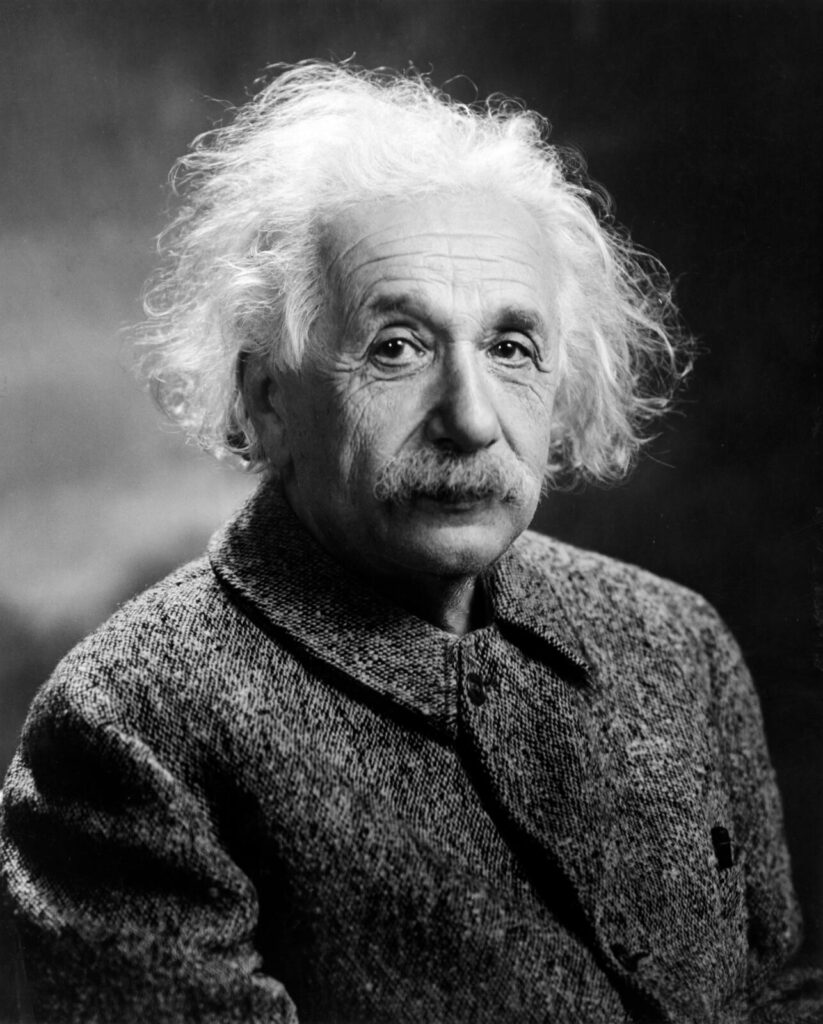 Albert Einstein in 1947, twenty-six years after the groundbreaking physicist won the Nobel Prize. 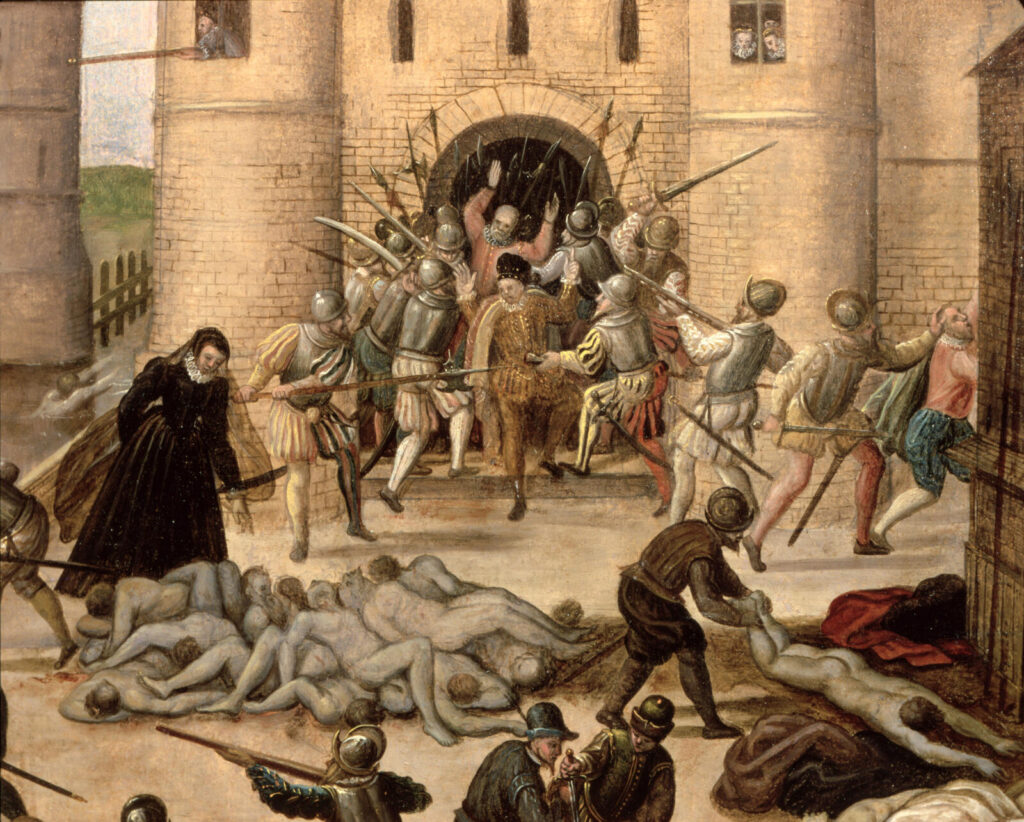 Catherine de Medici inspected the results of the Saint Bartholomew’s Day Massacre, a crackdown she had ordered against Protestants in Paris in 1572. 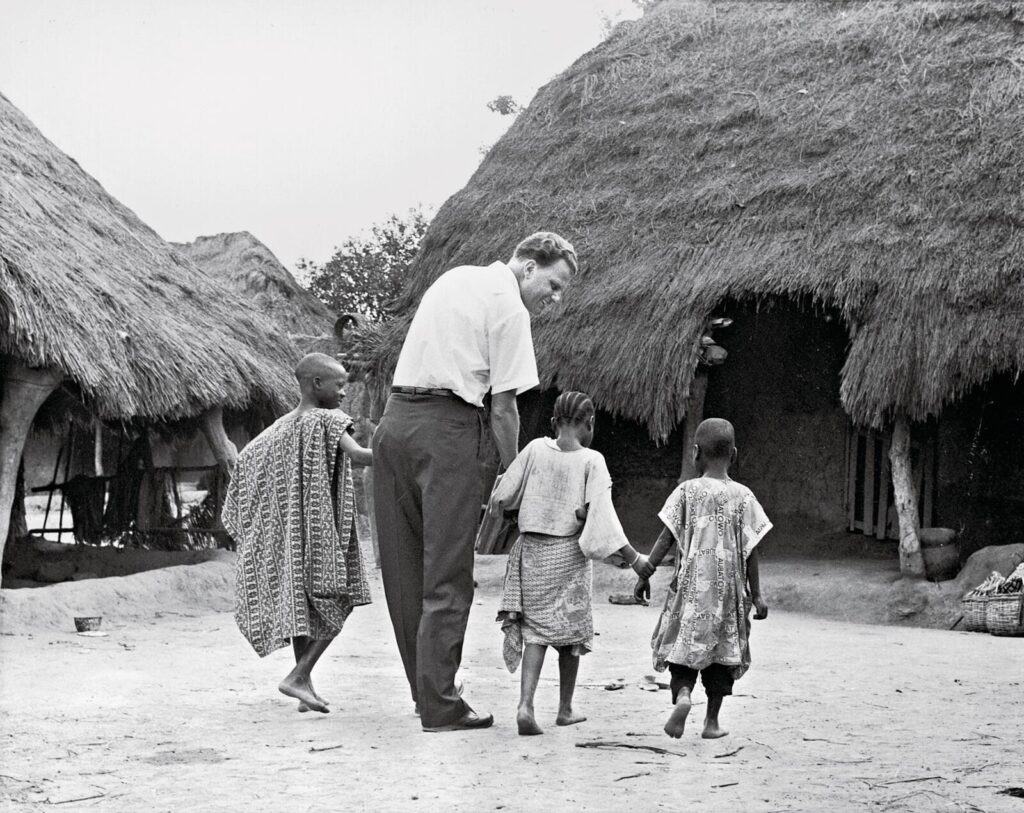 Billy Graham walked with children during an evangelical visit to Nigeria in 1960. 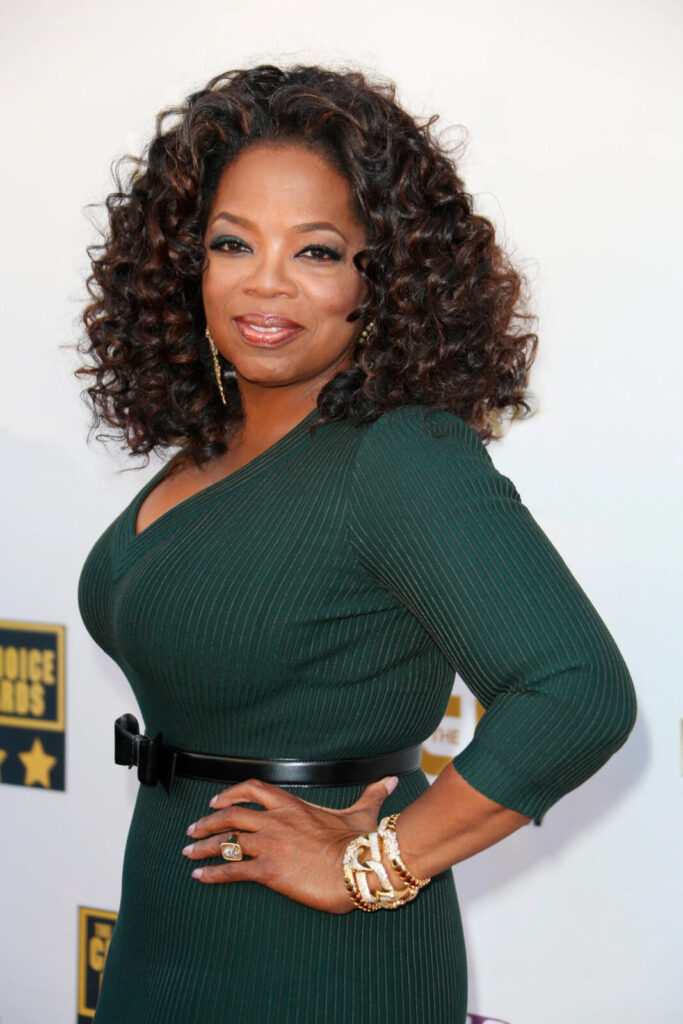 Oprah Winfrey in 2014 at the Critic’s Choice Awards, where the media entrepreneur had been nominated for Best Supporting Actress for her role in Lee Daniel’s The Butler.