Former police officer Paul Haase transporting the Hope Diamond in a wrapped box on the New York City subway, 1958. He is delivering it to the US Post Office to be mailed to the Smithsonian Institution.

Shirley MacLaine rode the subway in 1964 to promote using the rails to attend the World's Fair. Photo by Henry Grossman/]/The LIFE Images Collection via Shutterstock

In America’s most populous city, life teems not only on the streets, but below them as well. The New York City subway opened for business on October 27, 1904 and since then it has become more than a way to get around, but a place in which the city lives, standing clear of the closing doors, in chunks of a half-hour at a time (or longer, depending on delays).

It’s also a place where you can run into just about anyone—and not just the famous musicians who’ve been busking incognito with Jimmy Fallon. While the photos in this collection are heavy on famous faces and famous jewels, when pass through the turnstiles you are admittedly more likely to see commuters on the way to work, or school kids on the way to school, or a man with a parrot, or tourists on the way to one of the city’s unending list of attractions. A subway ride can contain its hardships (wi-fi is spotty at best, so bring a book), especially so if the machinery breaks down. But it’s also a way to beat the traffic, and as the photos show, noted New Yorkers such as John F. Kennedy Jr., Meryl Streep and Bernard F. Gimbel were not above going underground. They knew that this enduring monument to mass transit was a smart way to get where they were going. 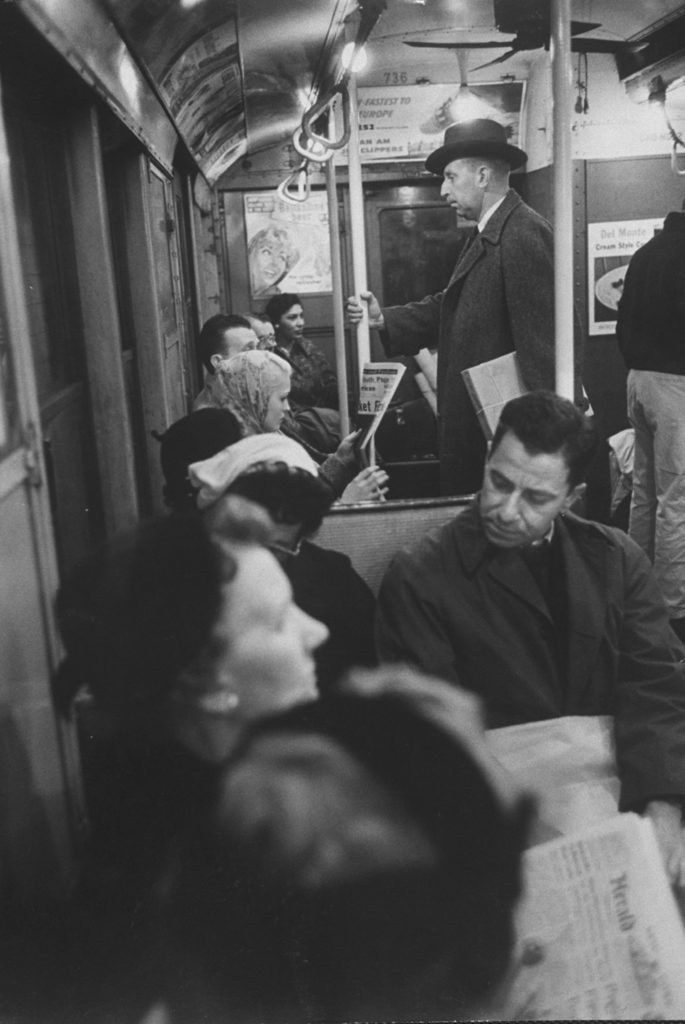 Former police officer Paul Haase transporting the Hope Diamond in a wrapped box on the New York City subway, 1958. He is delivering it to the US Post Office to be mailed to the Smithsonian Institution.

Harry Winston Jewelers exhibiting the Hope Diamond before donating to the Smithsonian, 1958. 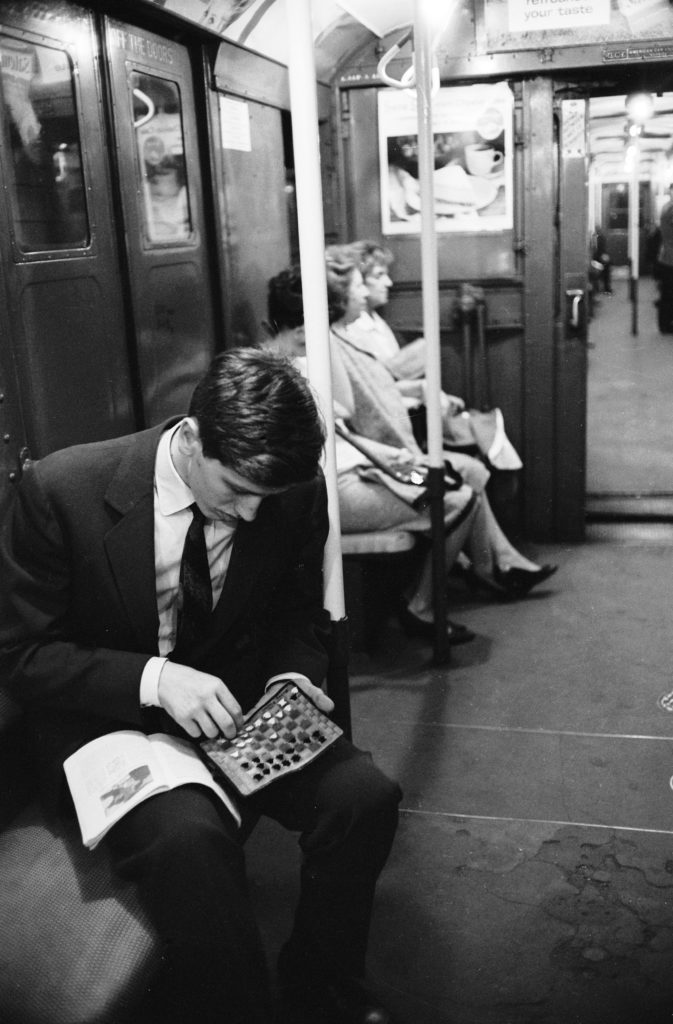 Chess champion Bobby Fischer studied up on his game, 1962. 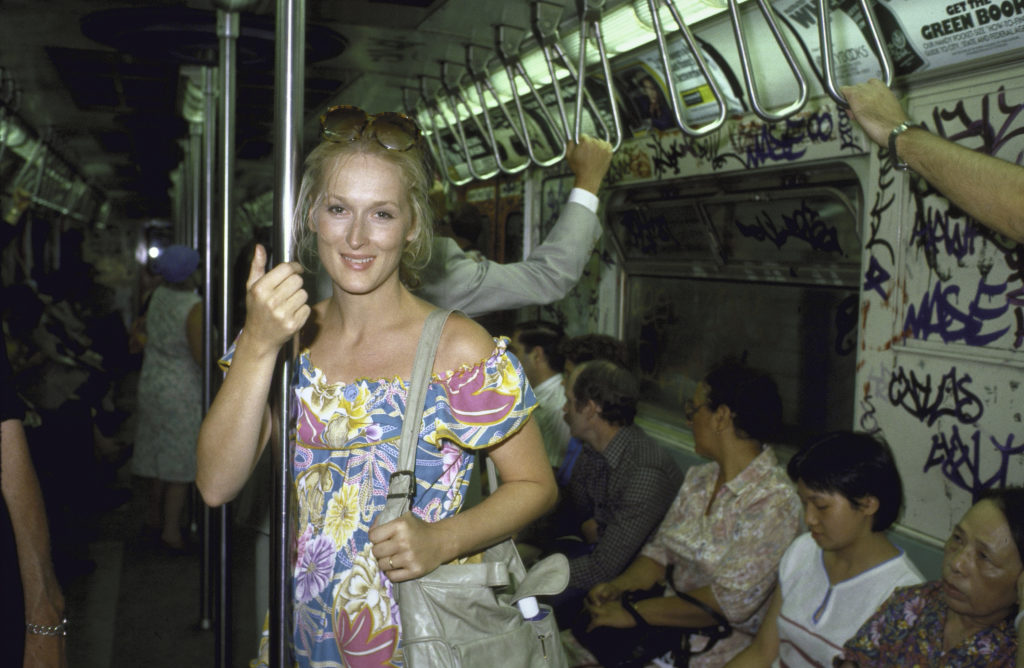 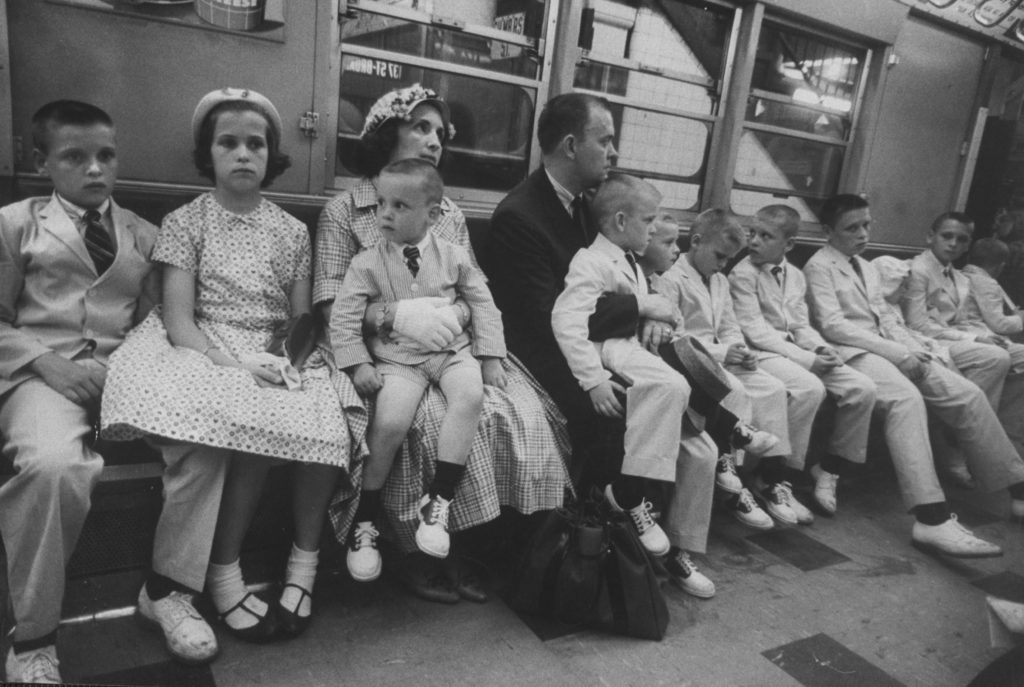 In 1959 LIFE followed Chicago’s Henry and Ottilie King and their 12 children on a New York vacation and saw them fill up a subway bench. 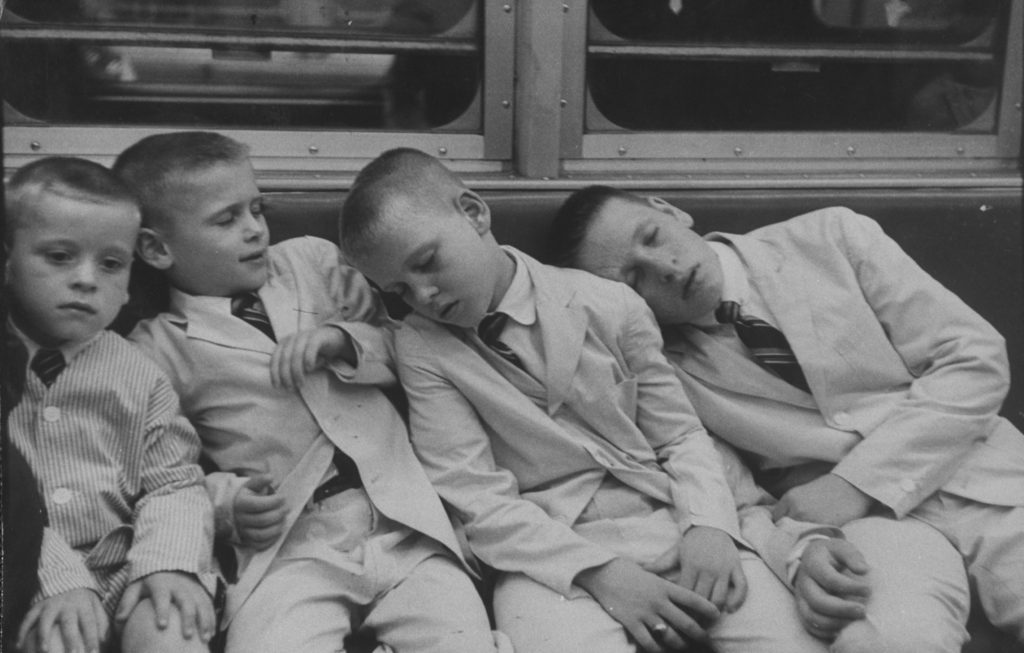 The roll of the rails lulled some members of the King family to sleep. 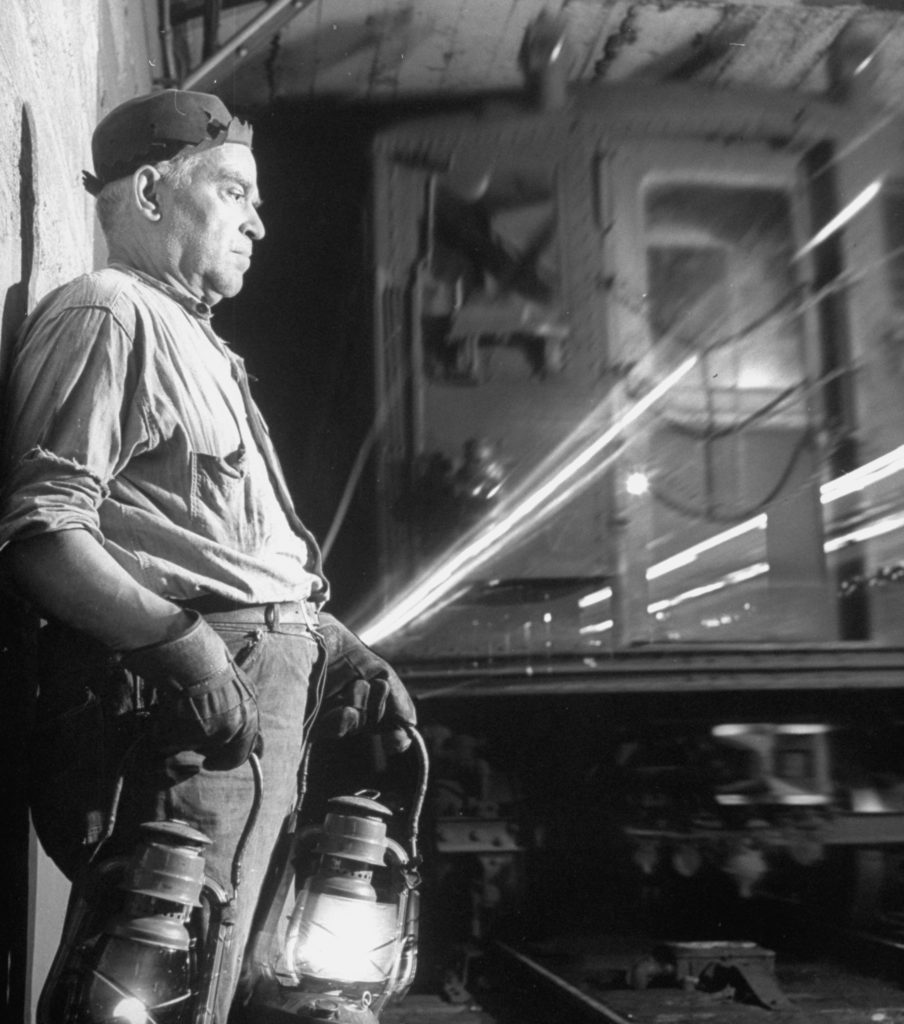 This subway worker’s lantern sent a signal to a train conductor in 1949. 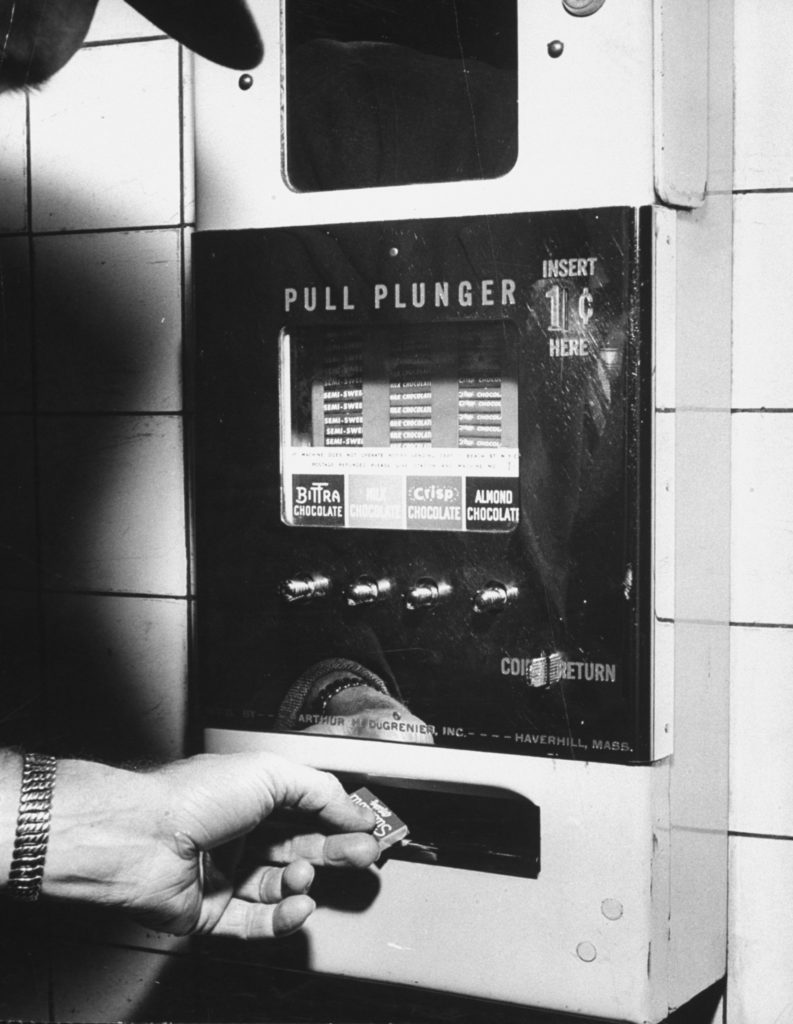 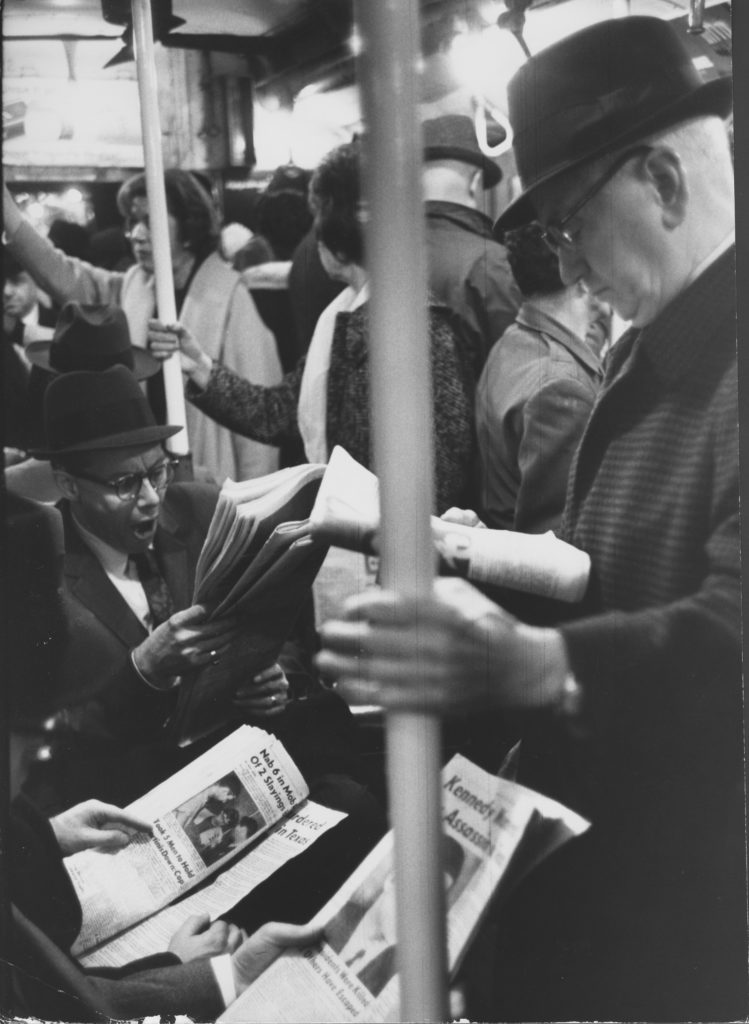 Commuters read the news of the assassination of President John F. Kennedy in 1963. 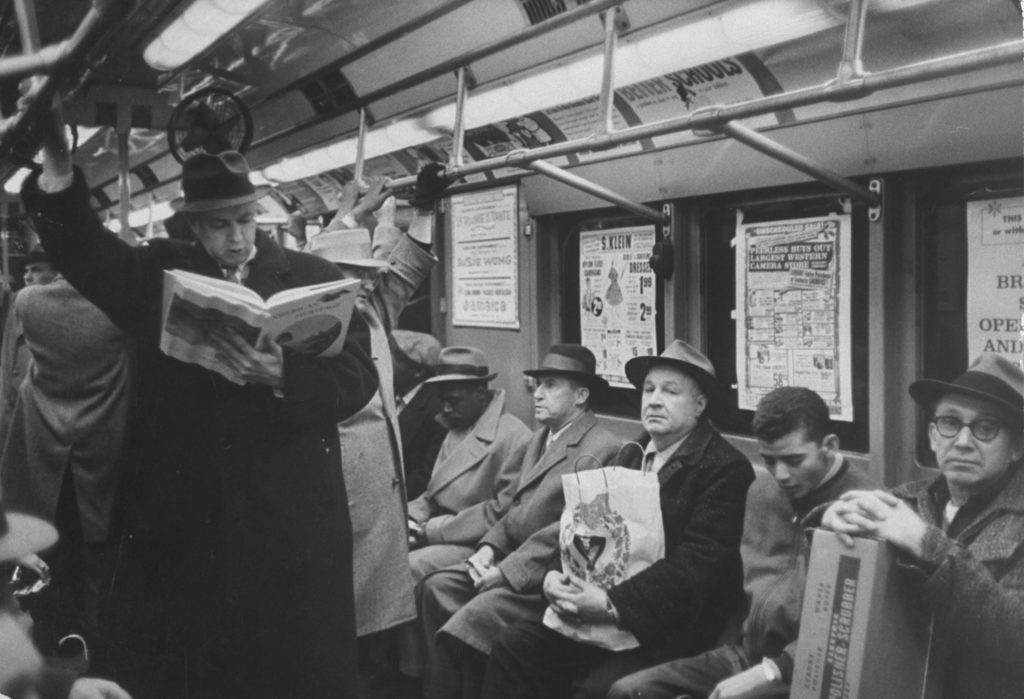 A 1958 newspaper strike left commuters with no papers to read. 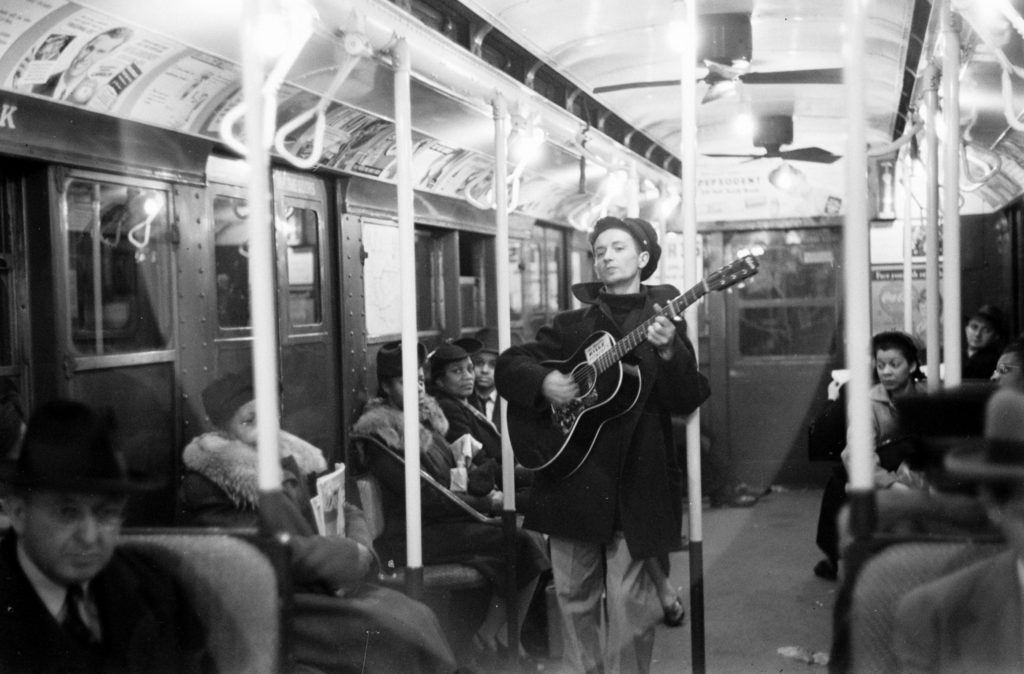 Woody Guthrie took his tunes to the tunnels in 1943.