The Louisville Flood of ’37

No one living on the banks of the Ohio River had seen anything like it. Rain pounded from January 12th to January 23rd, 1937, and along a 650-mile swath reaching from Pittsburgh to Cairo, Ill., the river overflowed its banks. Overflowed by a lot. Nearly 400 people died. No town was hit harder than Louisville, where the water crested 37 feet above the flood stage, including a rise of more than six feet in one day, from January 21st to the 22nd. Nearly seventy percent of the city was flooded and 175,000 people were forced to evacuate their homes. Horses drowned. Light and water service was knocked out. Two city neighborhoods, Shippingport and The Point, were devastated out of existence.

It didn’t help that this was in the middle of the Depression. The above photo shows locals lined up for food and medicine in front of what turned out to be a poorly placed billboard from the National Manufactures Association; the confidence boosting message only served to douse displaced residents with irony.

The months of January and February have proven to be dangerous around Louisville, with another serious flood in 1997 that caused $200 in damage, and further incidents in 2018 and ’19. Though the flood of 1937 remains the area’s most severe on record.

The photos by Margaret Bourke-White captured just how dramatic the flood was, and how much was changed by the rising river. 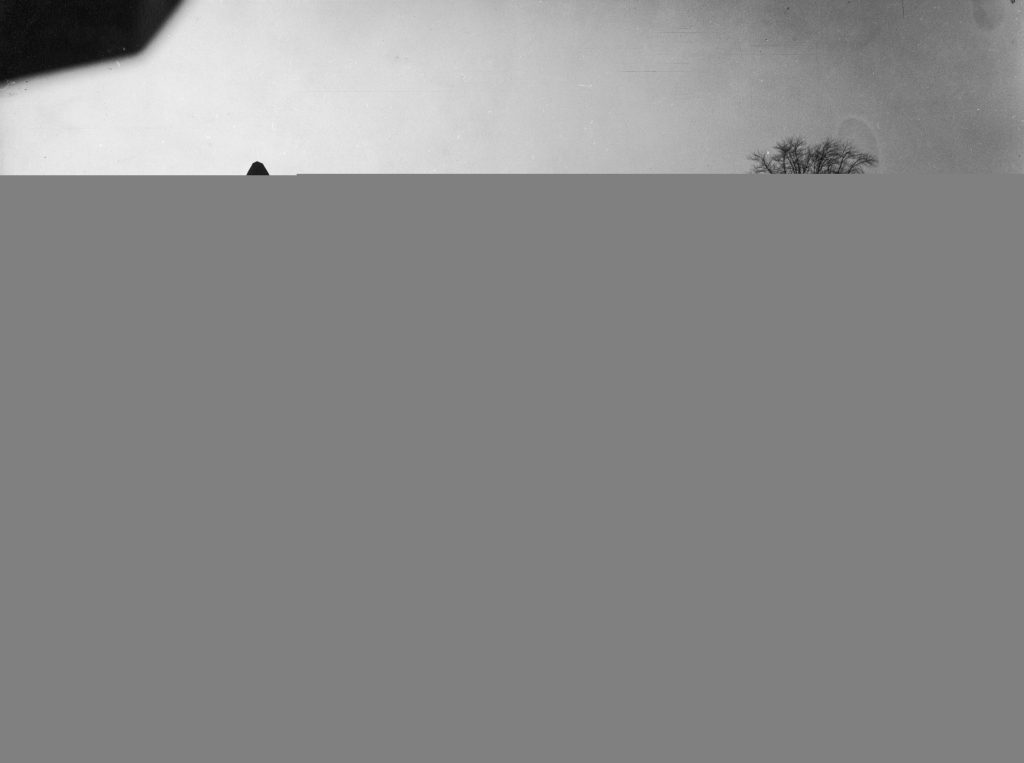 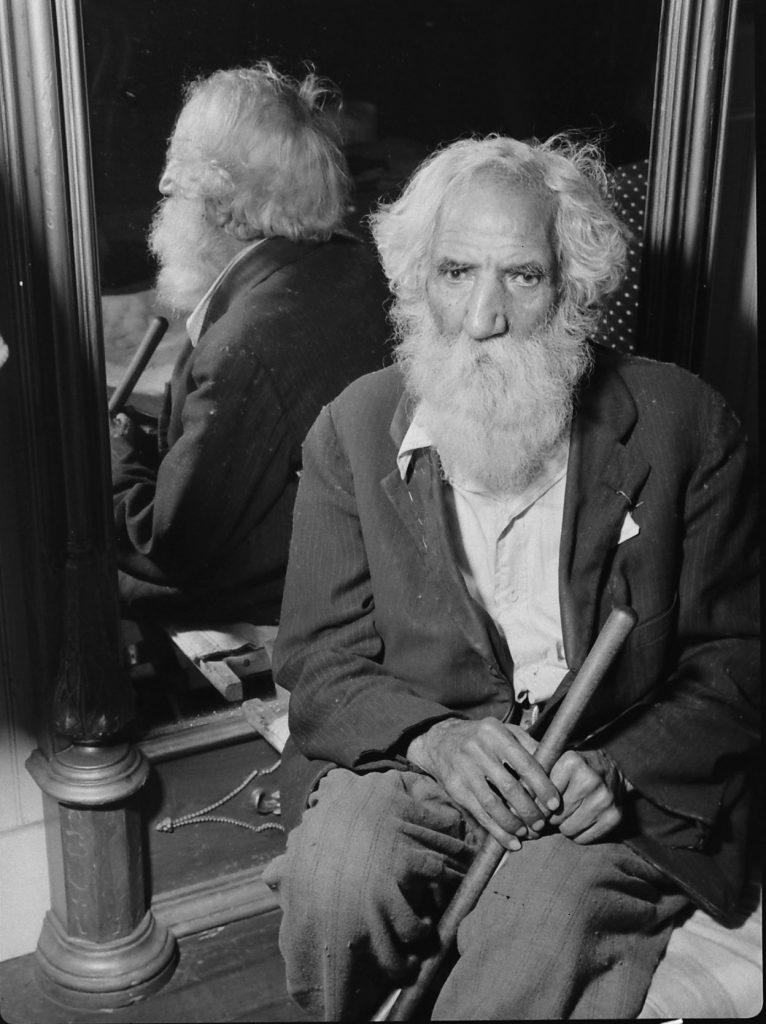 Ninety-year-old Jim Lawhorn, one of the displaced, found shelter at the clubhouse of the Churchill Downs race track. Photo by Margaret Bourke-White. 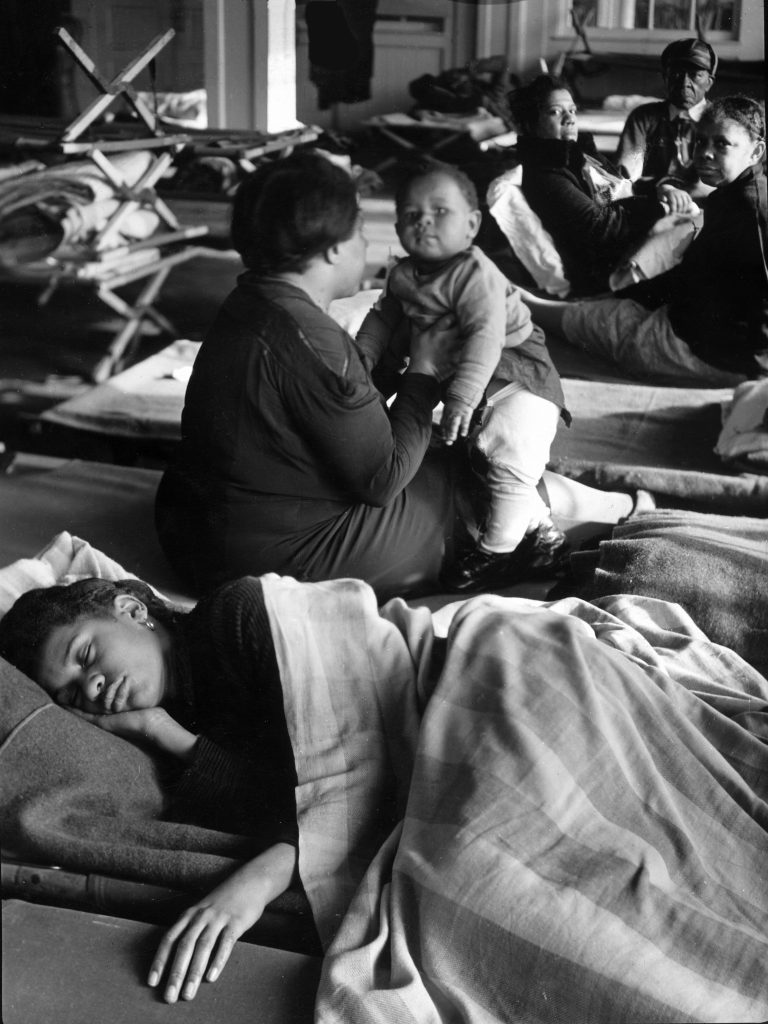 Churchill Downs, home to the Kentucky Derby, provided temporary housing to many. Photo by Margaret Bourke-White 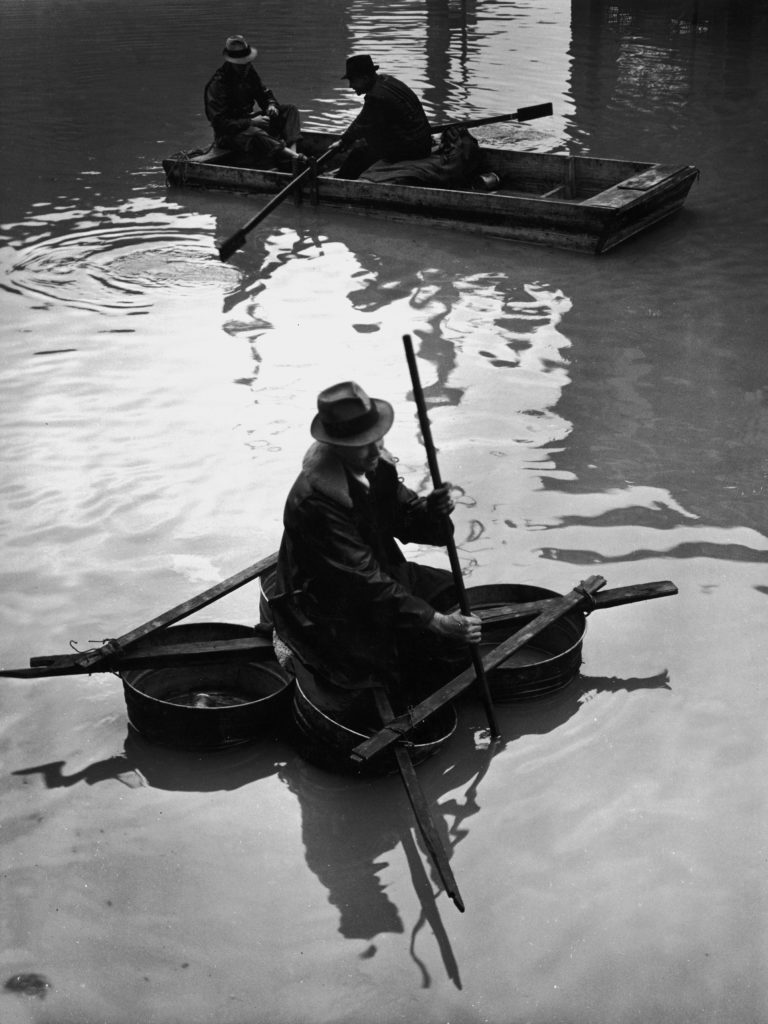 This man built a makeshift boat made from four metal washtubs and some wooden slats. Photo by Margaret Bourke-White. 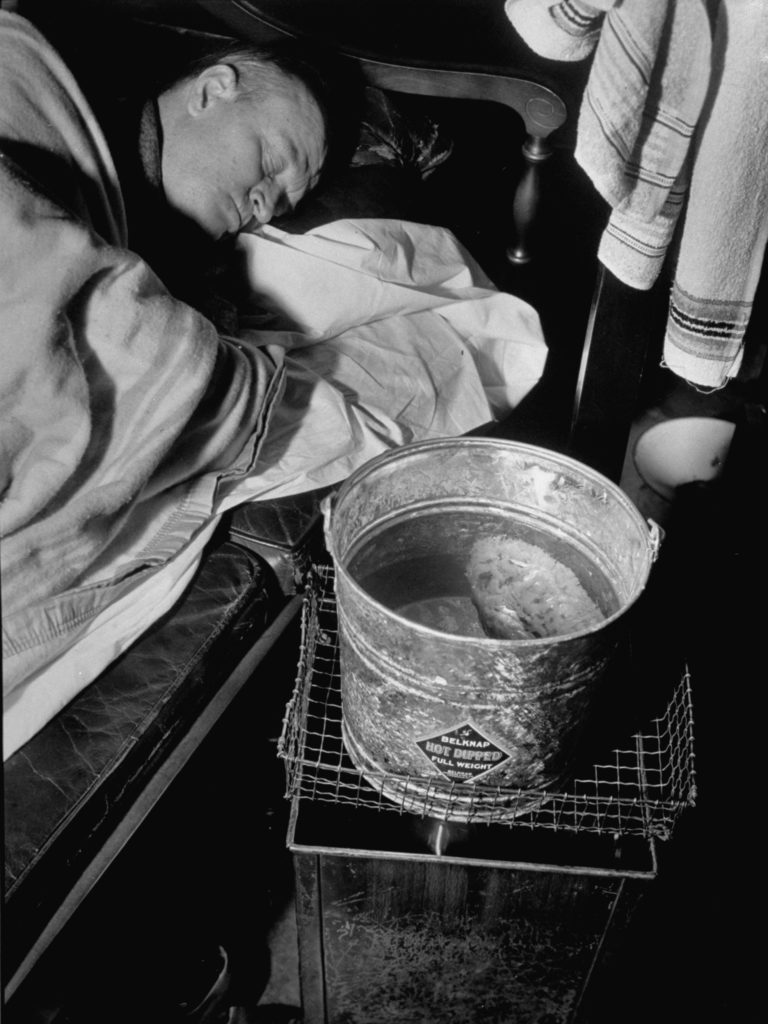 A newspaper editor, Tom Wallace, slept while he used a lamp under a bucket to heat water for next morning’s sponge bath. Photo by Margaret Bourke-White. 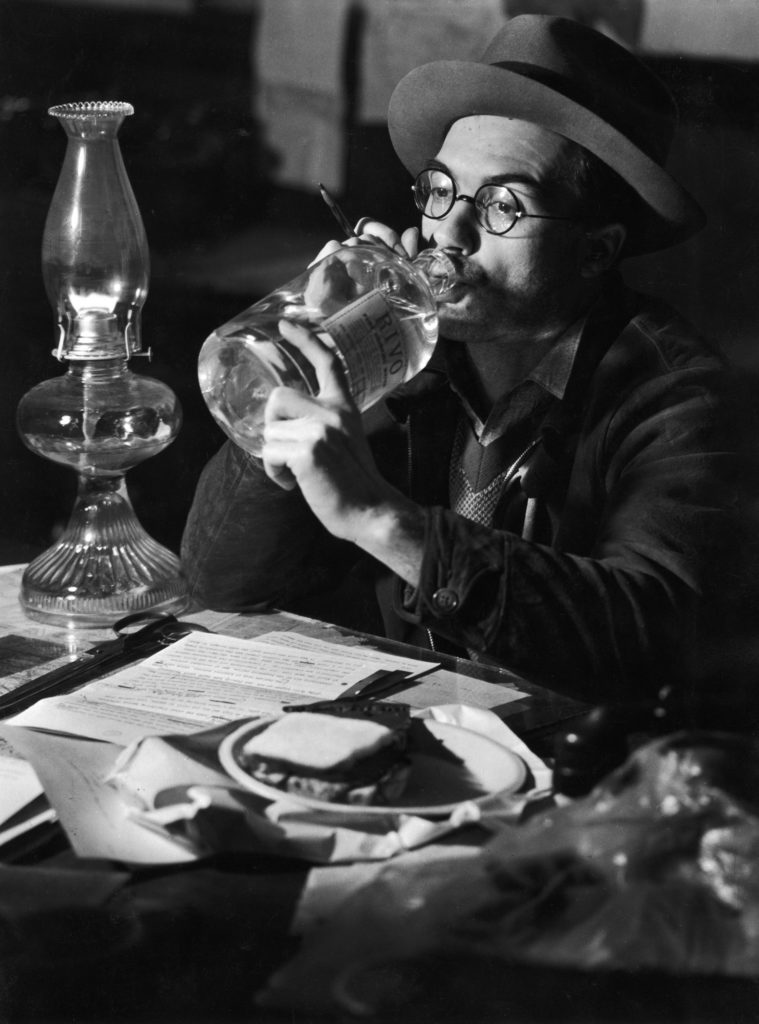 Another newspaper editor, Wilbur Cogshall, drank boiled water from a bottle while preparing a report on the flood. Photo by Margaret Bourke-White. 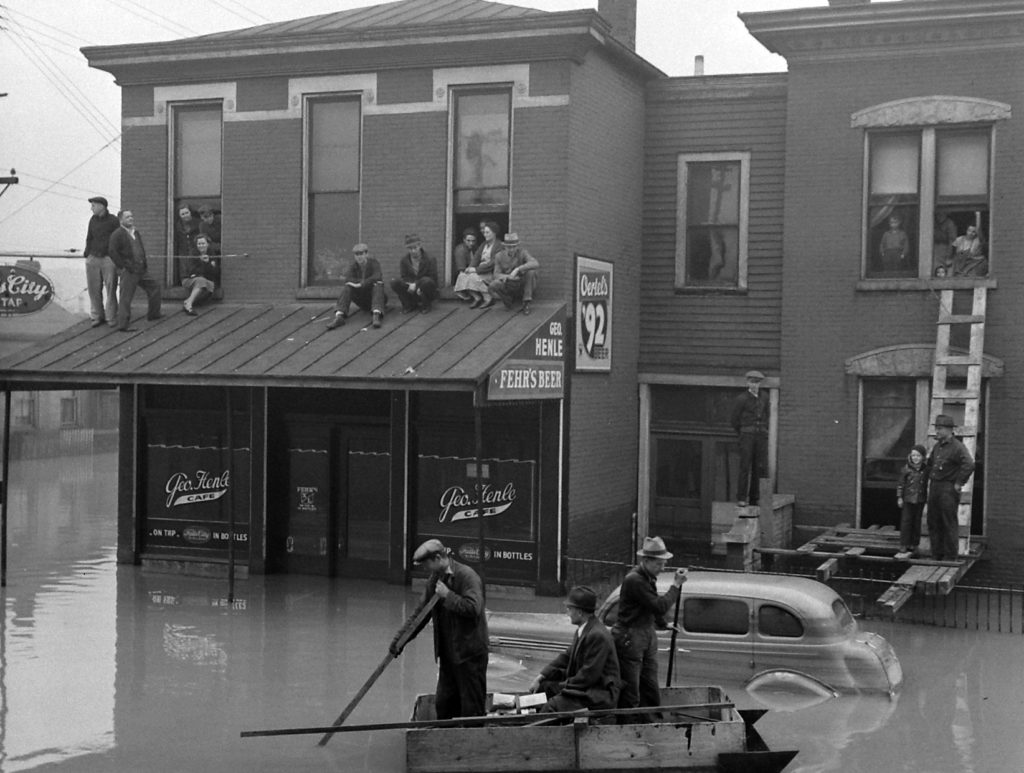 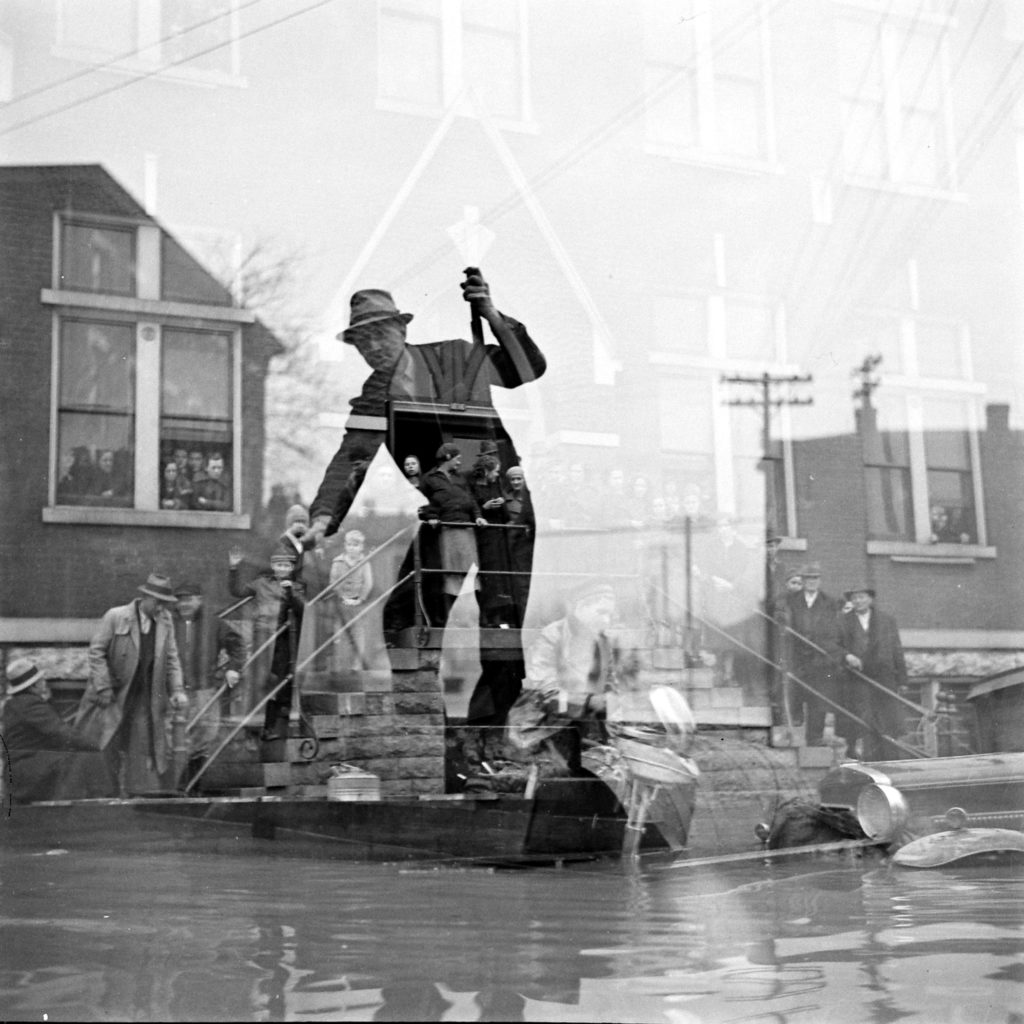 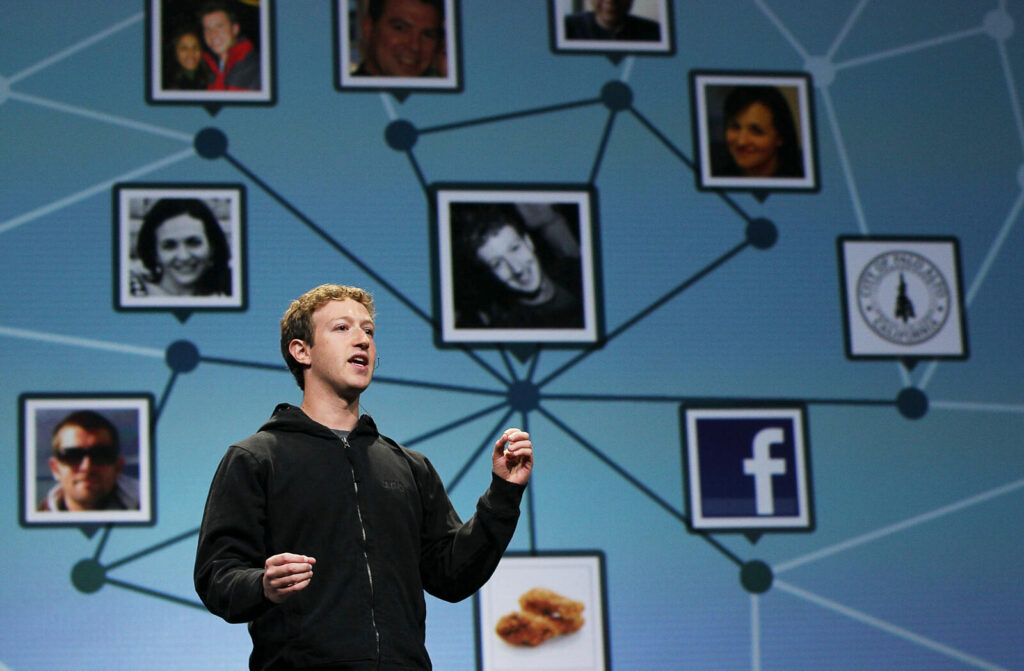 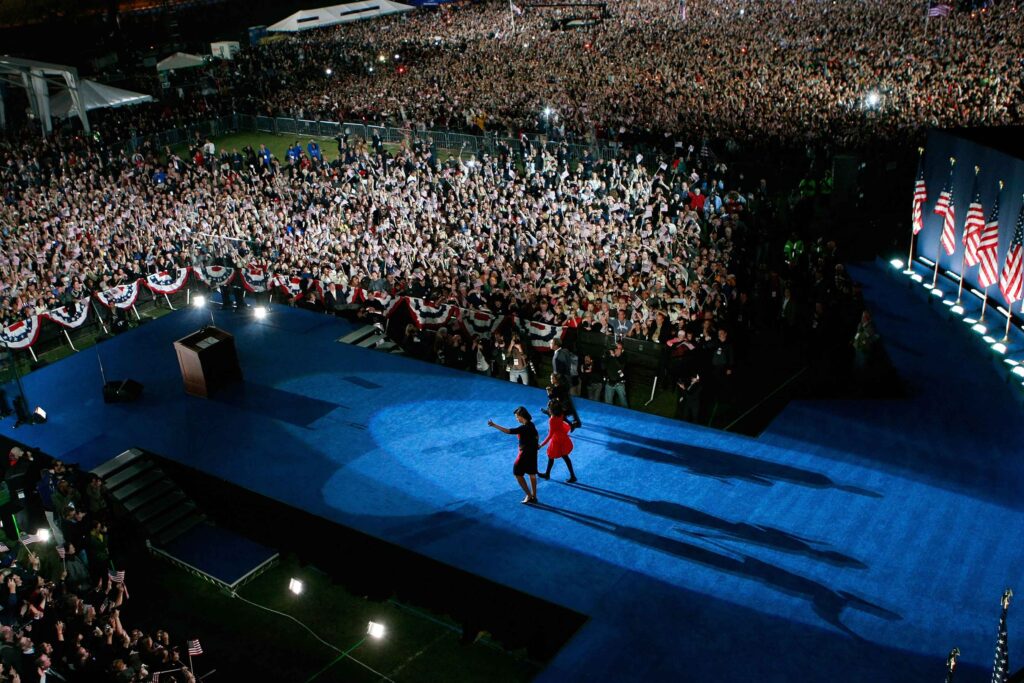