When Twins Batboys Had to be Twins

The Minnesota Twins entered their inaugural season of 1961 with more motivation than most sports teams to emphasize their team name. Calling themselves the Twins was more than just a simple reference to the Twin Cities. It was a call to unity for the baseball fans of Minneapolis and St. Paul.

Before the Twins (formerly the Washington Senators) moved to Minnesota in ’61, the local baseball scene was defined by the fierce rivalry between two Triple A teams, the Minneapolis Millers and St. Paul Saints. The Twins wanted to appeal to fans in both Minneapolis and St. Paul, and so the team name was chosen with care. For one, the team was named for Minnesota, rather than either city (unlike the Minneapolis Lakers of the NBA, who had moved to Los Angeles after the 1960 season).

To make no mistake about this, the logo on the cap was an interlocked T and C, rather than an M— which could be mistaken as standing for Minneapolis.

Also, the uniforms had a patch on the left arm which showed players in Millers and Saints gear smiling happily and reaching across the Mississippi river to shake hands.

To really hammer home the point, the team hired bat boys who were actual twins. 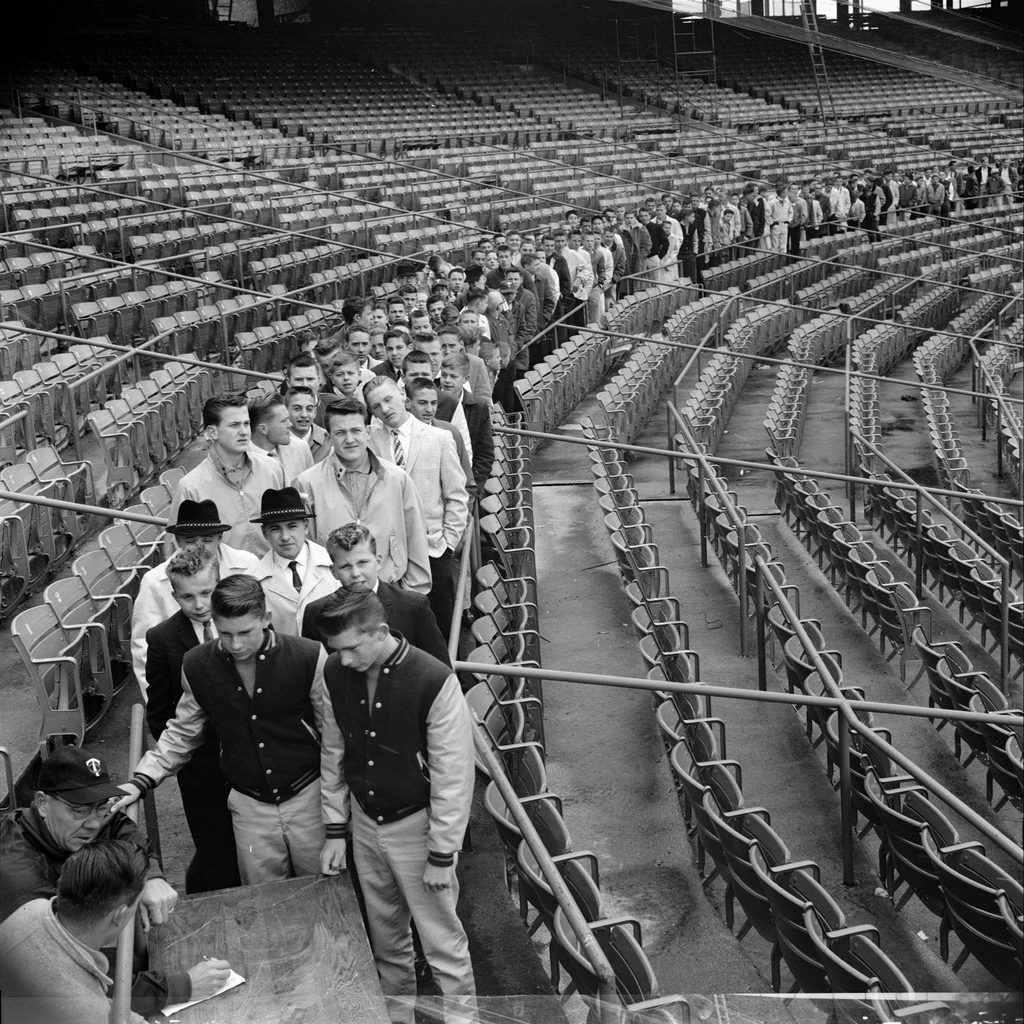 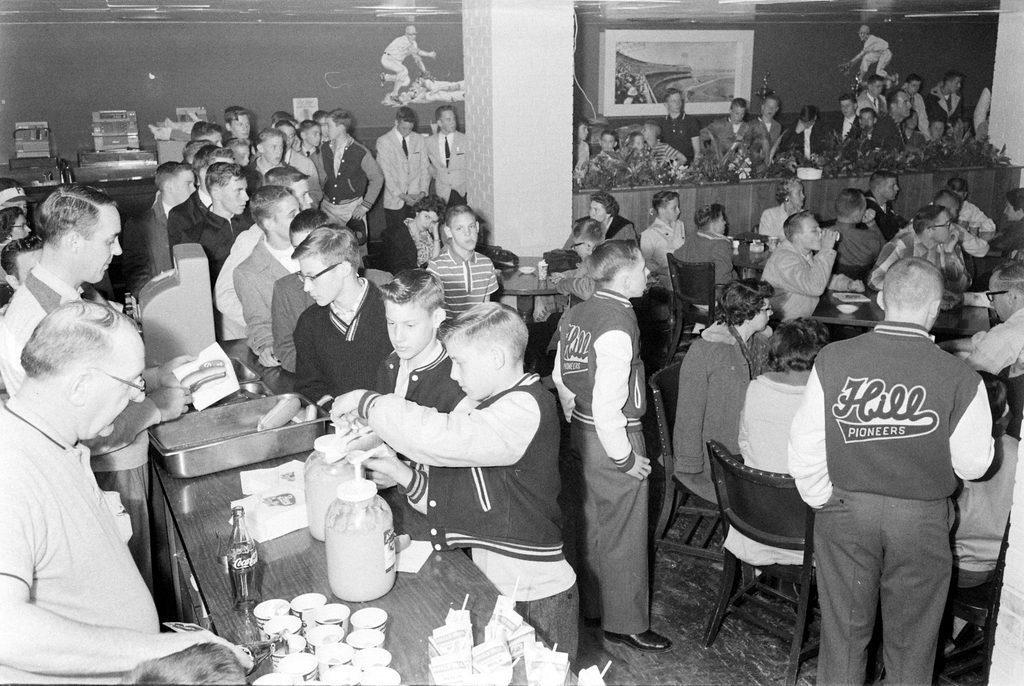 The bat boy auditions, which were held at Memorial Stadium and photographed for LIFE by Francis Miller, drew 74 sets of twins, and the young men were served hot dogs and milk as they waited to be interviewed for a chance to wear that beautiful new uniform. 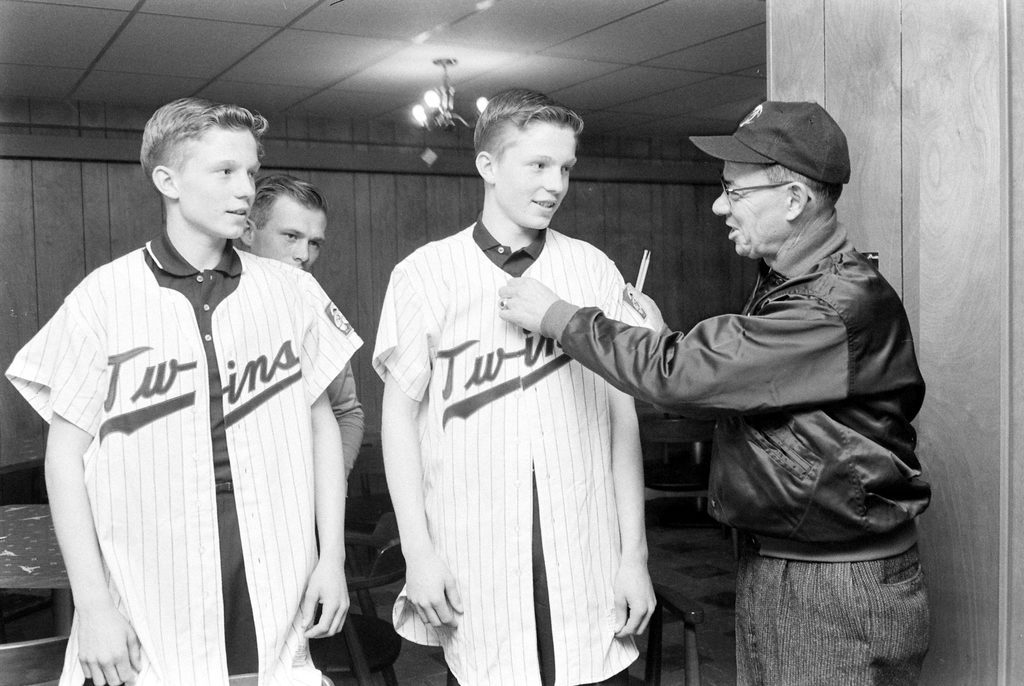 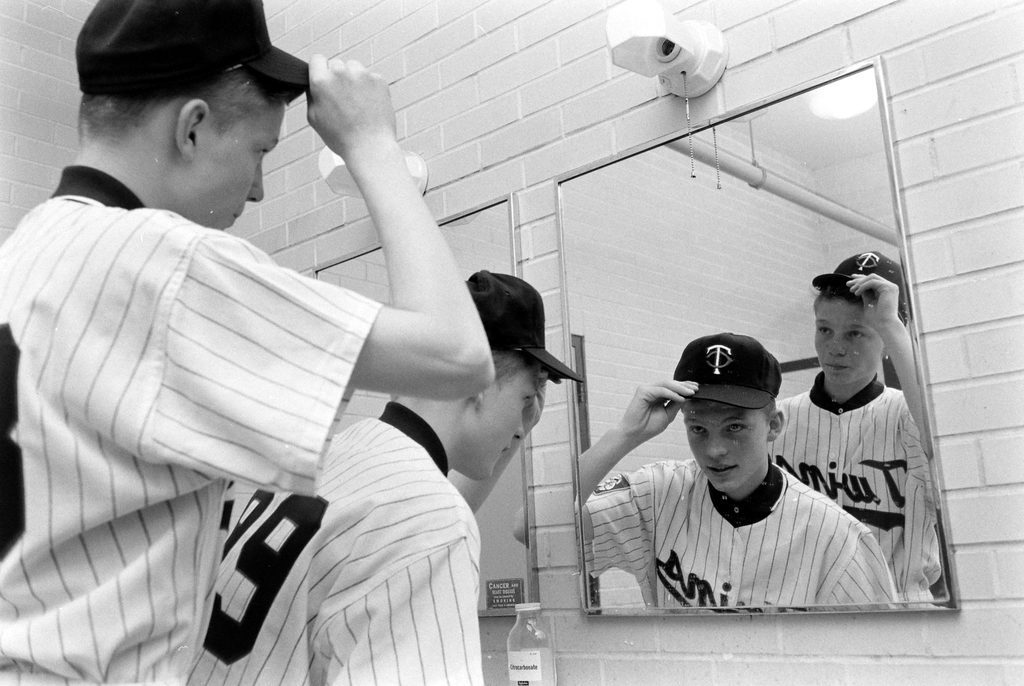 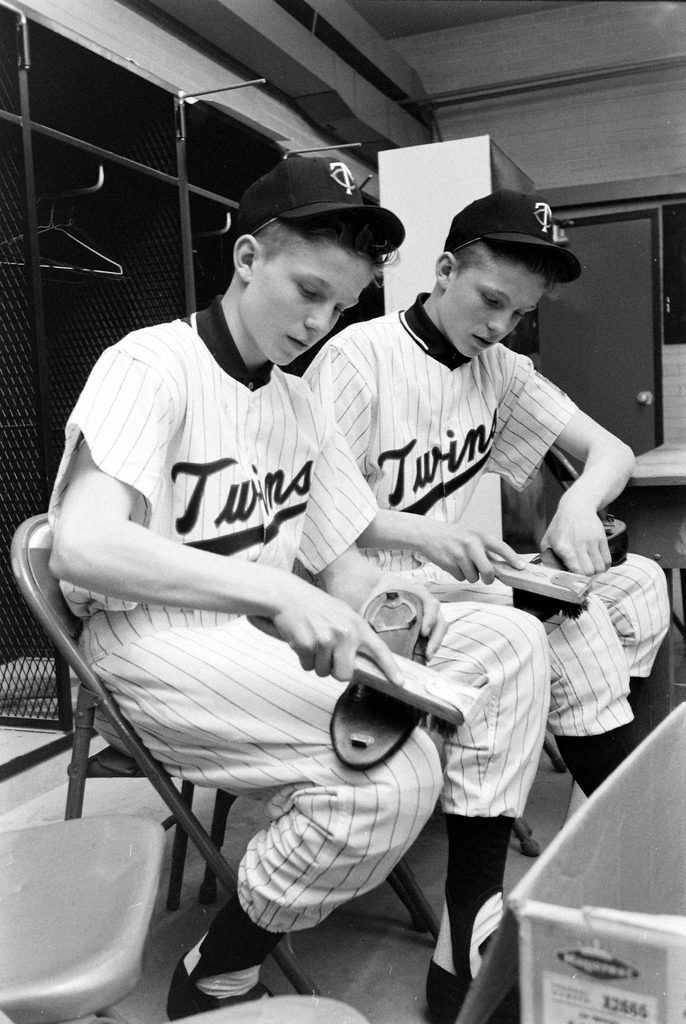 Richard and Peter King, above, were chosen as the winning twins. The team also selected a pair of twin ball boys, Jerry and James Dempster (not pictured). LIFE’s story on the auditions never ran in the magazine, but the King twins had a moment of national fame when, in May of that 1961 season, they appeared on the game show To Tell the Truth. The boys’ fielded questions from celebrity panelists such as Don Ameche and Betty White. As was the case in the auditions, on the show they are alongside other sets of twins, waiting to see if they will be picked.