Women Who Wanted The Elvis Look

In 1957 the top-selling single in America was Elvis Presley’s “All Shook Up,” and the top hairstyle in Grand Rapids, Michigan was a tribute to the man who sang it. America was so wild for Elvis at this time that when the singer made his debut on the Ed Sullivan Show, 82.6 percent of America’s televisions were tuned in. Glenwood Dodgson, who operated a chain of beauty salons in Grand Rapids, read the market and began offering women an Elvis hairdo. He knew what he was doing. 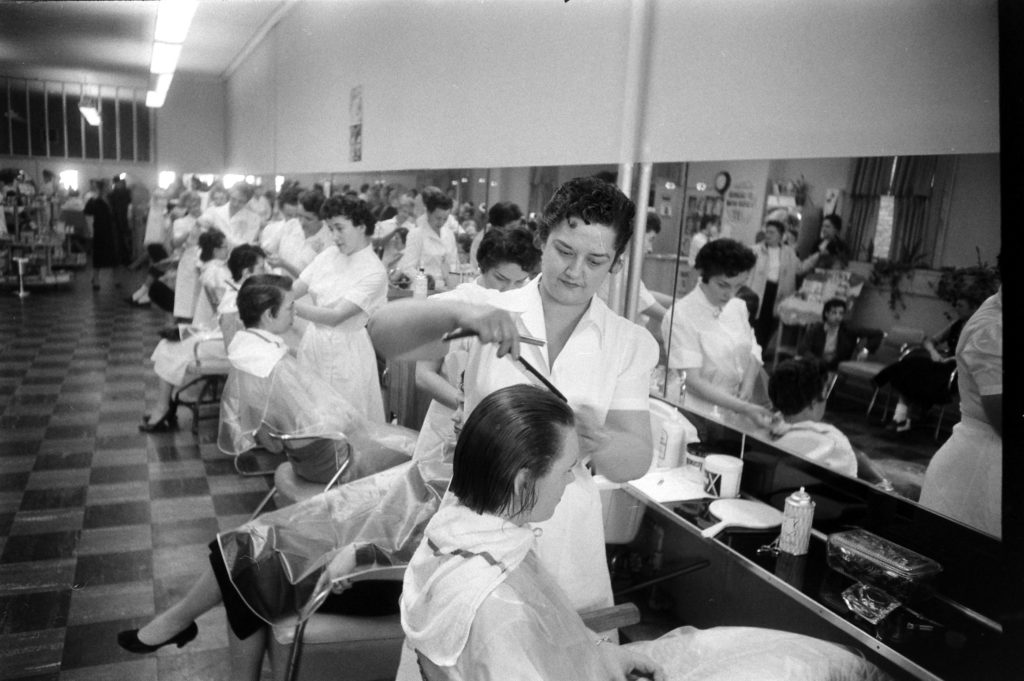 It six weeks more than 1,000 women came to Dodgson’s shops and had themselves made over in the image of Elvis. The makeover cost the not-outrageous price of $1.50 (which would be about $14 today). 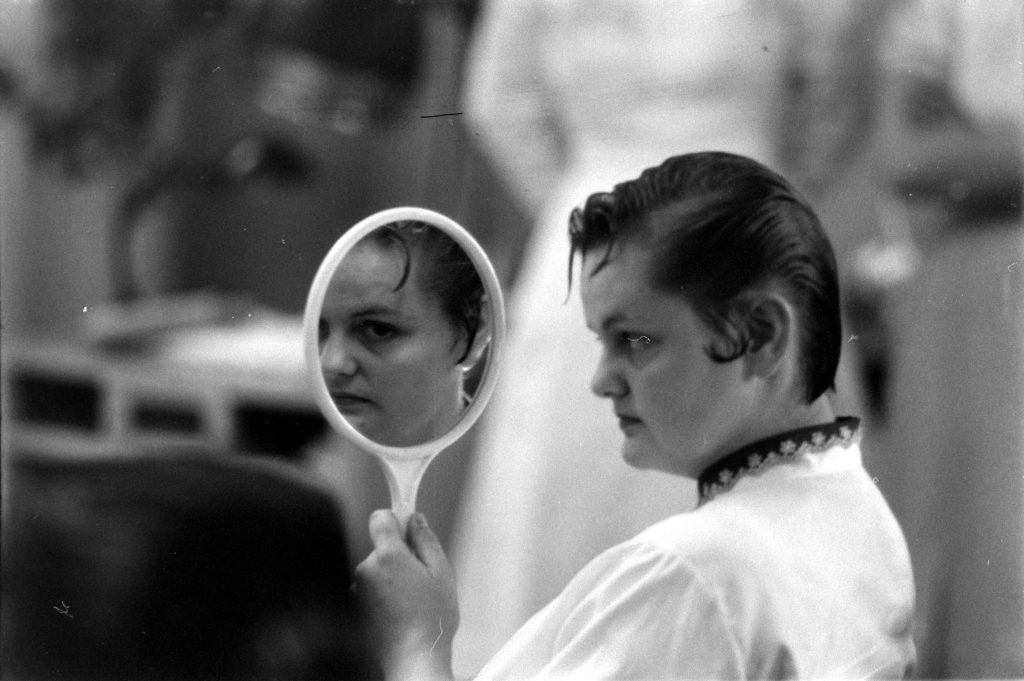 This seventeen-year old sacrificed a foot-long pony tail to the altar of the King. 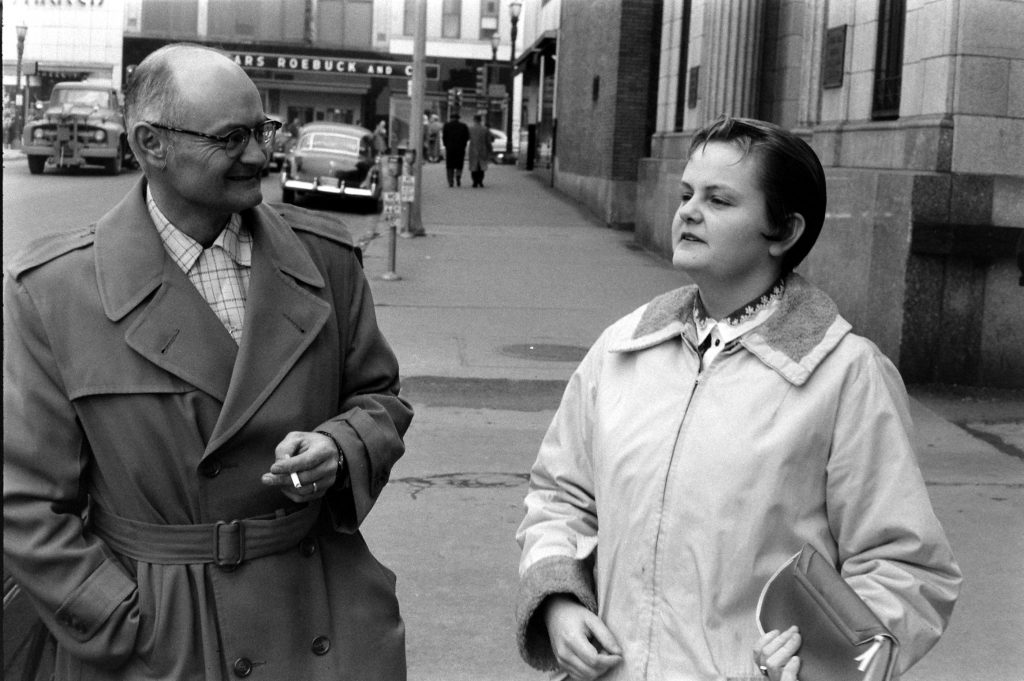 Her father (above left), greeting her outside the shop, didn’t know quite what to make of the new ‘do, but if he had any criticism, he saved it for home. The group photograph below shows that there was some variety in the hairdo approach. While every woman was given Elvis’ sideburns, each took a different tack to the forehead locks, and some went all the way and dyed their hair black. LIFE’s headline on its story: “Ain’t Nothin’ But a Hairdo.” 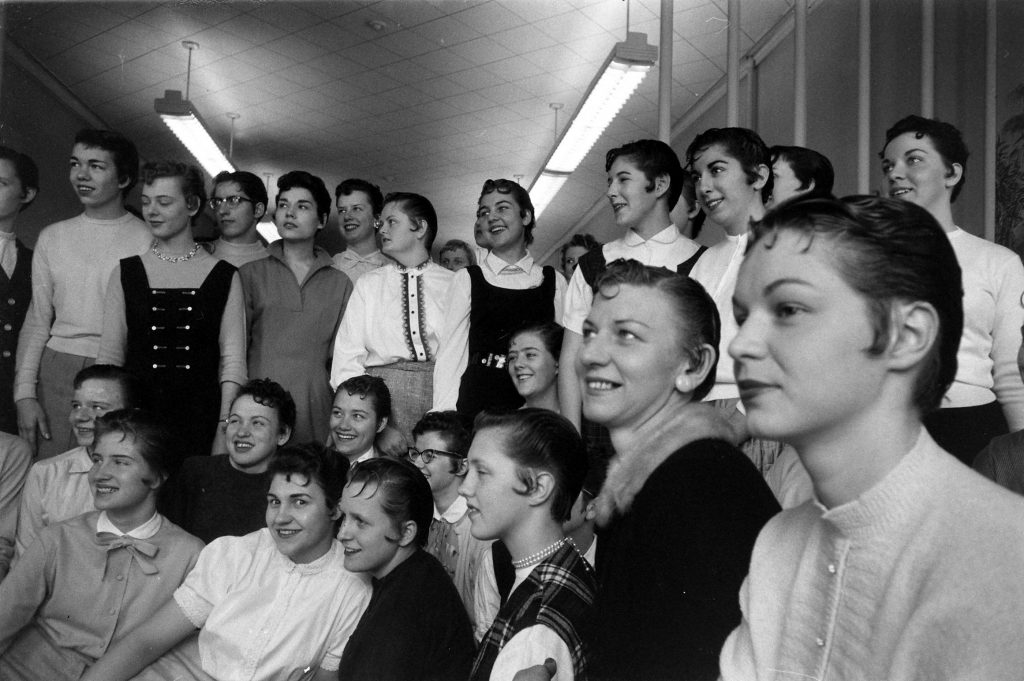 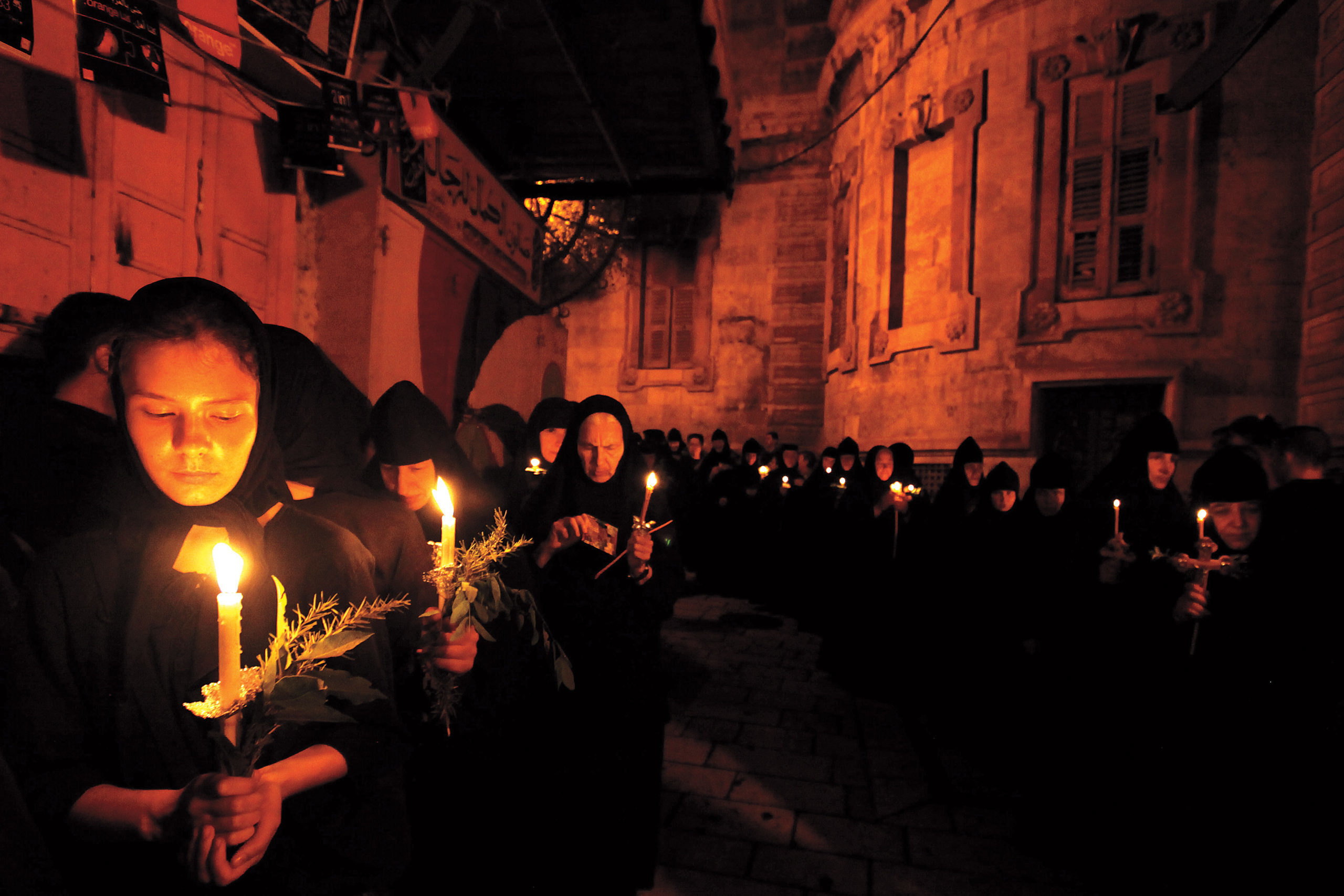 Mary: Blessed Art Thou Among Women 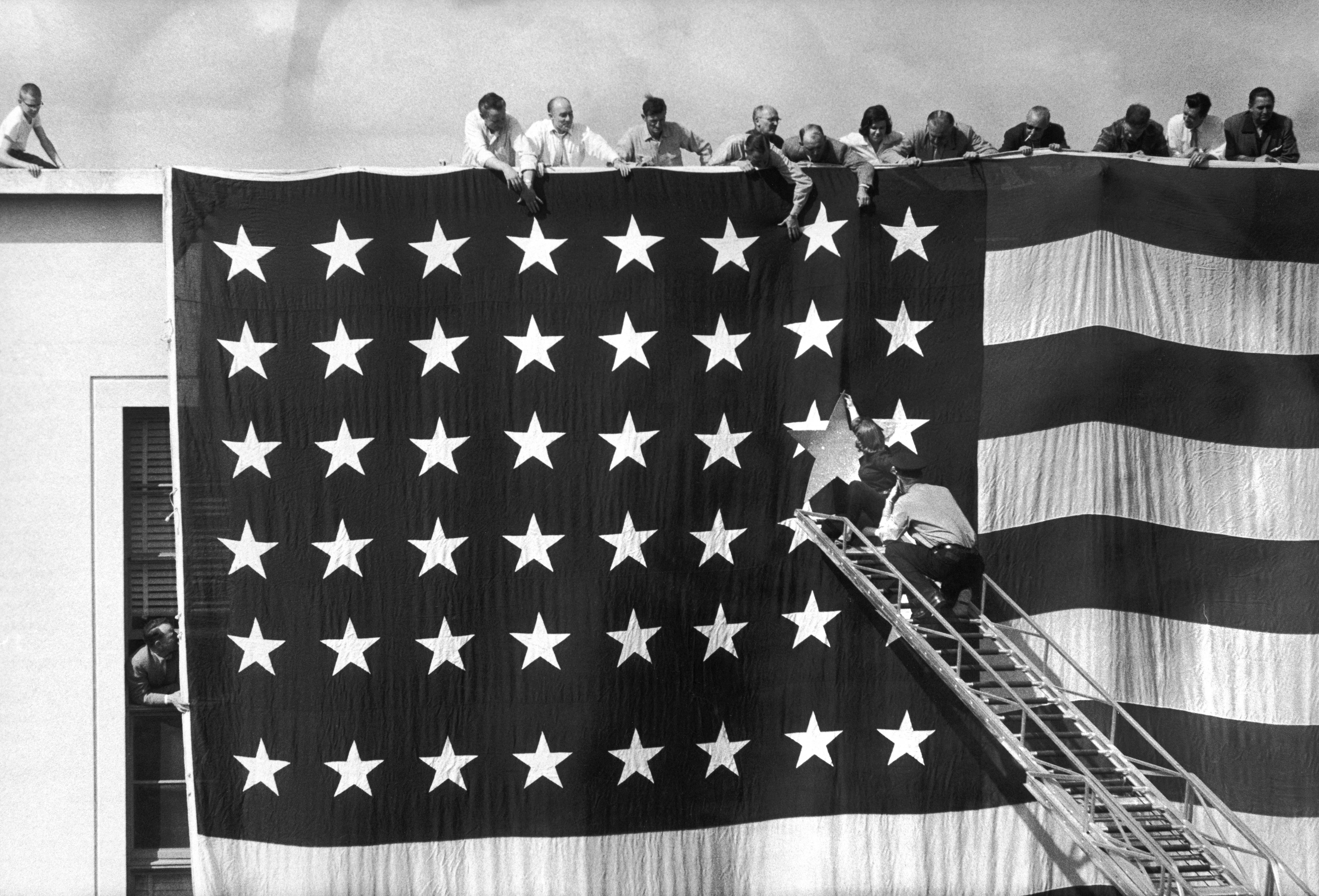 A Story of America in 100 Photographs

The Influenza Outbreak of 1957