Adoring Billy Eckstine: Portrait of a Jazz Legend and His Fans

There was a time in the post-World War II era when William Clarence “Billy” Eckstine (1914-1993) was, for millions of fans and peers around the world, one of the most influential singers and bandleaders of the age. Women and girls and, no doubt, more than a few men and boys swooned over him; young musicians wanted to dress, sound and look like him; music clubs and recording studios wanted to book him. The names of the vocalists and jazz legends who played in Eckstine’s big band, meanwhile, is a Who’s Who of early, mid-1940s bebop: Miles Davis, Charlie Parker, Sarah Vaughan, Art Blakey, Dizzy Gillespie, Dexter Gordon and more.

All the more mysterious, then, why hearing Eckstine’s name not to mention his music in discussions of jazz greats is such a rarity today. After all, an artist who made an impact on giants ranging from Duke Ellington (who played in Eckstine’s big band) to Quincy Jones (who looked up to him as “an idol”) deserves to be celebrated.

Here, on what would have been Billy Eckstine’s 100th birthday he was born July 8, 1914, in Pittsburgh, Penn. LIFE.com remembers the music pioneer and style icon with a marvelous Martha Holmes photo that both captures the man’s charisma and highlights the adoration he inspired in his fans. 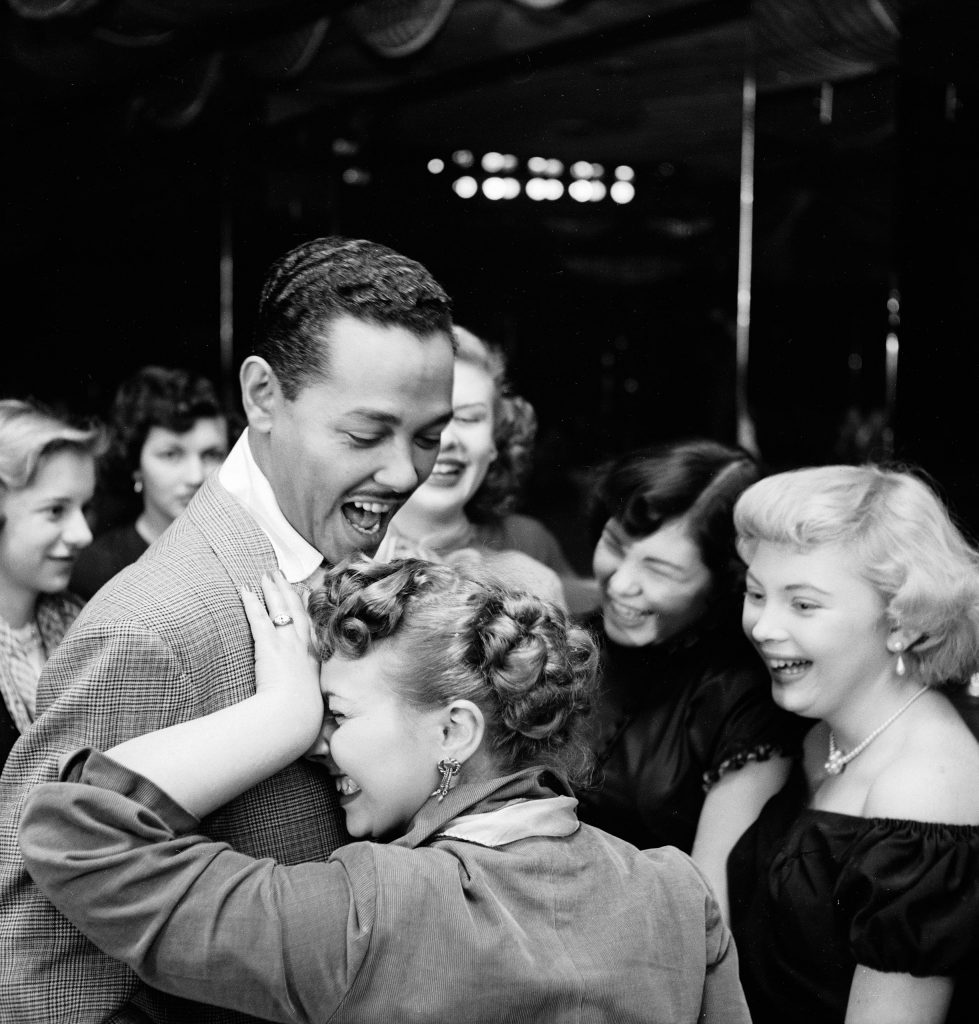