James Dean in the Rain: The Iconic Photo of Hollywood’s Most Enigmatic Star

While he was never Hollywood’s most iconic figure Marilyn Monroe, Humphrey Bogart, James Cagney, Bette Davis and a half-dozen other actors and actresses can stake a more legitimate claim to that title no legend of the silver screen, male or female, was ever as engagingly enigmatic as James Dean. When he died on September 30, 1955, at just 24 years old, Dean had starred in only three films (two of which hadn’t even been released yet). But in those three movies East of Eden, Rebel Without a Cause and Giant he crafted a legacy as a sensitive, tortured outsider that has influenced generations of actors, musicians and artists around the globe.

Here, LIFE.com revisits a photograph that captures the essence of Dean’s enduring appeal. The picture, shot by Dennis Stock in early 1955, shows Dean walking alone in an eerily empty Times Square. It’s a lousy day. Wearing a long, wool coat, hunched against the chill, a cigarette loosely clamped in his lips, the actor is seen in mid-stride, stalking through the bleak Manhattan rain. At first glance, it might be a portrait of isolation, or even downright despair.

And yet . . . something in Dean’s expression lends a kind of quiet, mischievous elation to the scene. That he was not yet a star, much less a legend, when the photo was made is beside the point. In this picture, at this moment in his life, the Indiana native is a young, talented, blithely rebellious spirit in the big city, pursuing a dream.

He’s alive. He has his whole life ahead of him. Nothing can stop him. 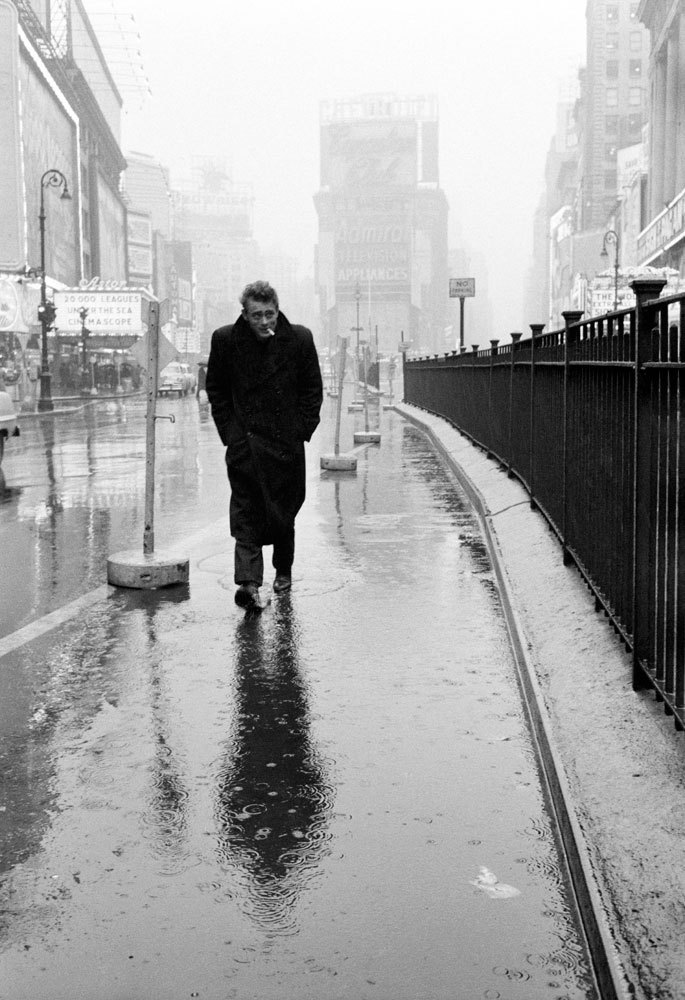 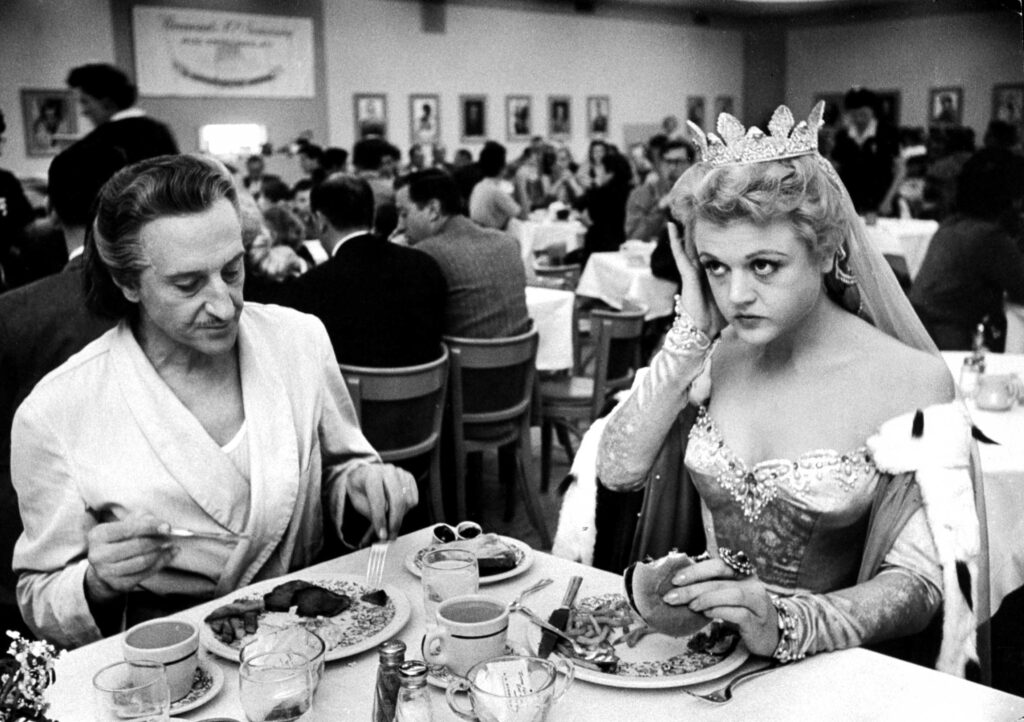