You can’t see her face. The angle from which the photograph is taken is unconventional, and almost vertiginous. The hair, when considered dispassionately, looks absolutely weird.

But Bill Ray’s celebrated picture of Marilyn Monroe onstage at the old Madison Square Garden, singing “Happy Birthday” to President John F. Kennedy during a May 1962 birthday gala in his honor, remains one of the all-time great celebrity portraits. It has drama (a lone figure, spotlit, on a dark stage). It has sex (a skintight, sequined dress that conceals very, very little). And, of course, in retrospect, it also feels absolutely charged with pathos: Marilyn, after all, would be dead within months of the picture being made, while JFK’s assassination in November 1963 was less than a year and half away.

But like all pictures that assume a stature and a celebrity of their own, far beyond what the photographer could possibly have hoped for or even imagined at the time he or she made the shot, Ray’s photograph is more than a mere portrait. In its stark, almost severe black-and-white simplicity a female figure, a few sheets of paper, a rather battered old wooden lectern, all surrounded by an impenetrable black void the image of Marilyn Monroe seems to capture not only a celebration, but the 35-year-old movie star’s loneliness; her desperate need for affection and affirmation; and the isolating, withering effects of fame on those souls unprepared for its unblinking gaze. 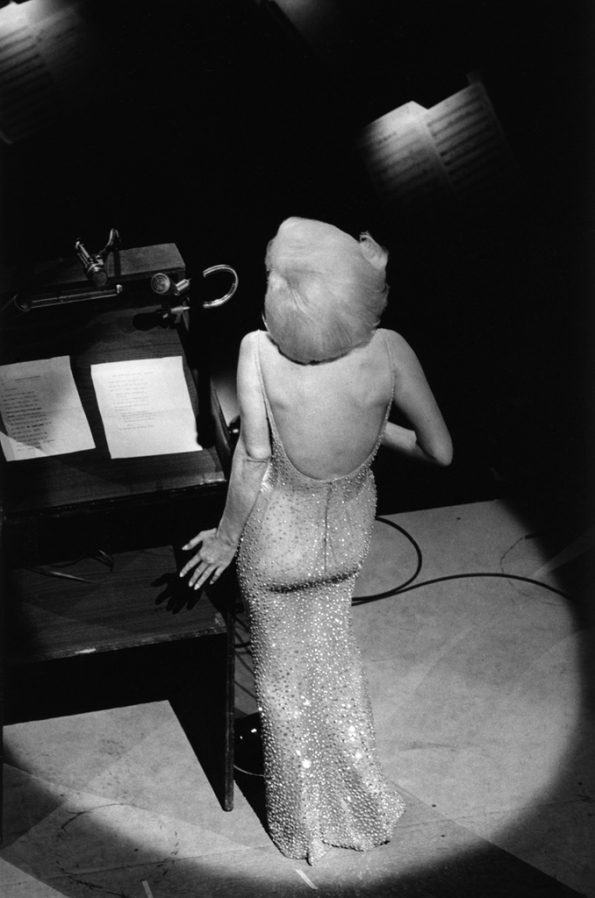