Michelle Obama rocketed into the American consciousness shortly after her husband’s speech at the 2004 Democratic National Convention galvanized voters and launched his national political career. In those early days, reporters grappled with how to describe the statuesque wife of Illinois state senator Barack Obama. Some, besotted by her flawless fashion choices, likened her to Jacqueline Kennedy, while others, noting her deep intelligence, invoked Eleanor Roosevelt. But neither description seemed quite right. And from the outset, Michelle evaded classification as a political plus-one, destined instead to become a force in her own right.

She was, for starters, never just a senator’s wife. The towering 5-foot-11 Michelle was a Princeton- and Harvard-educated attorney in possession of a sharp wit, formidable ambition—and arms that would make a gladiator blush. If some political spouses such as Hillary Clinton embraced the limelight, and others, such as Barbara Bush, opted for domesticity, Michelle Obama fit neither mold. She told anyone who would listen that she hated politics, and yet she seemed also to chafe at expectations that she play a deferential role. It wasn’t always easy going.

During her husband’s first presidential campaign, critics slammed Michelle for “over sharing” when she joked about his morning breath, and she regularly made headlines—both glowing and scathing—for her unguardedly expressive face. (In 2013, Buzzfeed compiled a list of Michelle’s 38 greatest facial expressions, many of which reappear in GIFs and jokes online today.) In one particularly memorable gaffe, Michelle told a campaign rally, “For the first time in my adult lifetime, I am really proud of my country.” The comment drew fury from Republicans and sparked a national conversation about the complex patriotism often required of black Americans.

But in emerging into the searing limelight, Michelle Obama also found her way, quietly becoming something of an idol for American women trying to make their way in a career-driven world. Michelle was not just a political wife and the mother of two beautiful girls. And she was not just an ambitious lawyer of her own. She was, unapologetically, both. In campaign speeches, and later, in countless addresses as First Lady, she celebrated her roles, inviting voters into the ups and downs of her family life, joking about her husband allowing the bread to go stale on the counter, and expertly articulating the complex challenges facing young Americans today.

Michelle, who was raised in modest means on Chicago’s South Side, seemed to give credence to the possibilities that America offered—and to add urgency to efforts to equalize access to real opportunity. When she spoke about the Obama administration’s efforts to help students repay massive debt, voters had reason to believe her. “You’re looking at a young couple that’s just a few years out of debt,” Michelle told a crowd, referring to herself and her husband. “See, because, we went to those good schools, and we didn’t have trust funds. I’m still waiting for Barack’s trust fund.”

If she was once reticent about politics, Michelle embraced her role as First Lady, using her podium at the White House to become a fitness leader, an advocate for healthy eating, and a persistent example of grace and poise. If her predecessor Laura Bush had been known for her flawless etiquette, Michelle’s charm was somewhat more earthy. Her language was often peppered with the jargon of pop-culture and references to TV shows, and she spoke openly and bluntly about life’s challenges. She had every right to be pretentious, but somehow, she was utterly without pretension.

And she managed to do it all, as was said of Ginger Rogers, “backwards and in heels.” As the country’s first African American First Lady, Michelle carried the additional responsibility, fairly or not, of representing an often underrepresented community. In an essay on TheRoot.com, Kim McLarin described Michelle and Barack’s relationship as validation for dark-skinned women. “He chose one of us, and I am thrilled,” McLarin writes. “She loves, respects, and adores Barack, but she is the prize and she damn well knows it. He better know it, too.” In 2008, Ebony magazine named the Obamas to its 10 Hottest Couples list, alongside Beyoncé and Jay-Z.

As her time in the White House drew to a close, and the venomous 2016 presidential campaign reached a crescendo, Michelle took on a new role—that of fiery orator. In a memorable speech at the 2016 Democratic National Convention, it was Michelle Obama who, this time, gave a speech that galvanized the crowd. Touching on race, partisanship, patriotism and feminism, her words united a divided arena and offered an upbeat version of how far America has come.

Those themes are also present in her 2018 autobiography, Becoming, which has sold more than 10 million copies (another million copies went to a charity for education). And while her book tour created a tsunami of interest and applause, Obama remained grounded, her legacy clear. She has emerged as one of the most loved American icons representing grit, grace, humility—and the importance of fresh veggies. — by Hayley Sweetland Edwards, from Michelle Obama: Her Inspiring Story.

The following is a sampling of the photos from LIFE’s tribute to the former First Lady, Michelle Obama: Her Inspiring Story. 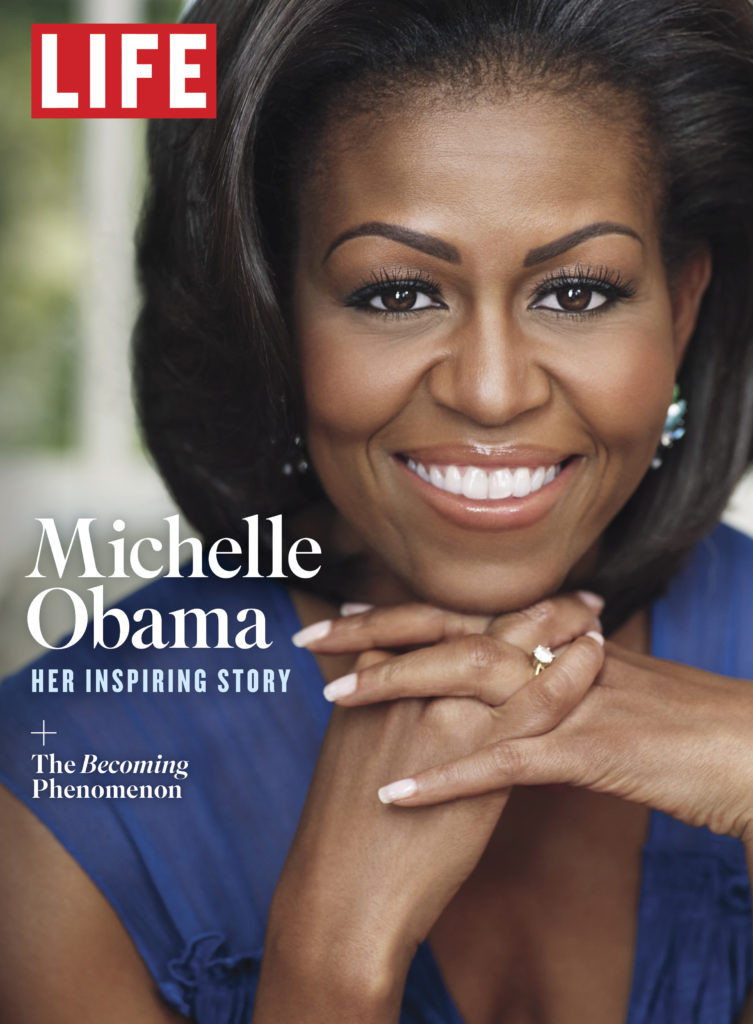 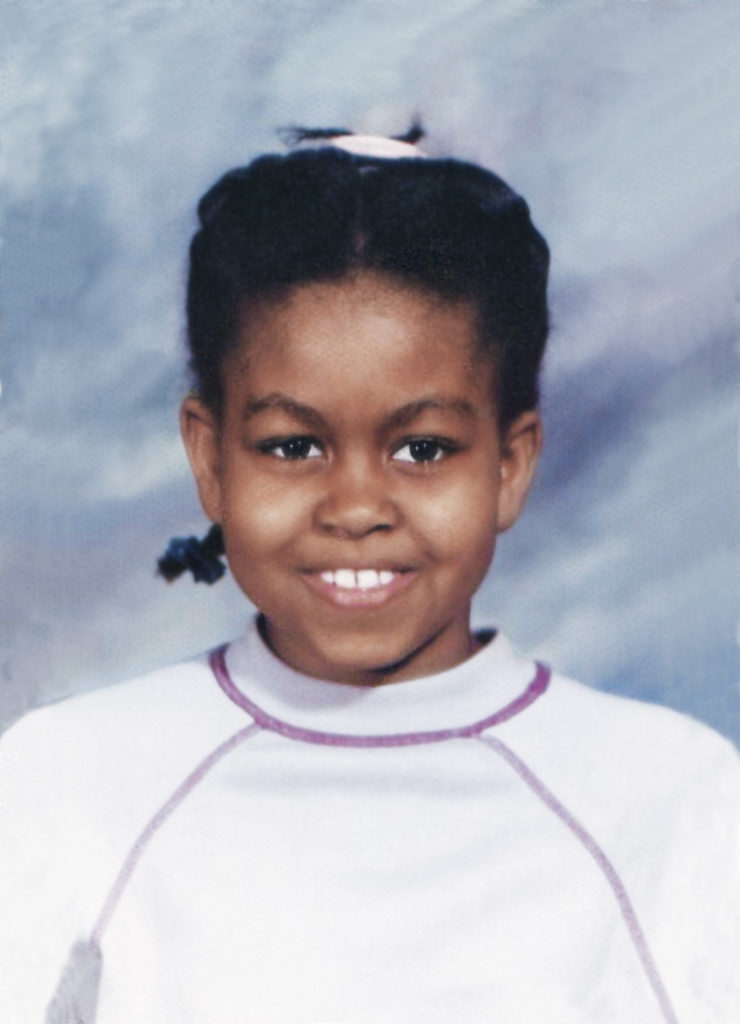 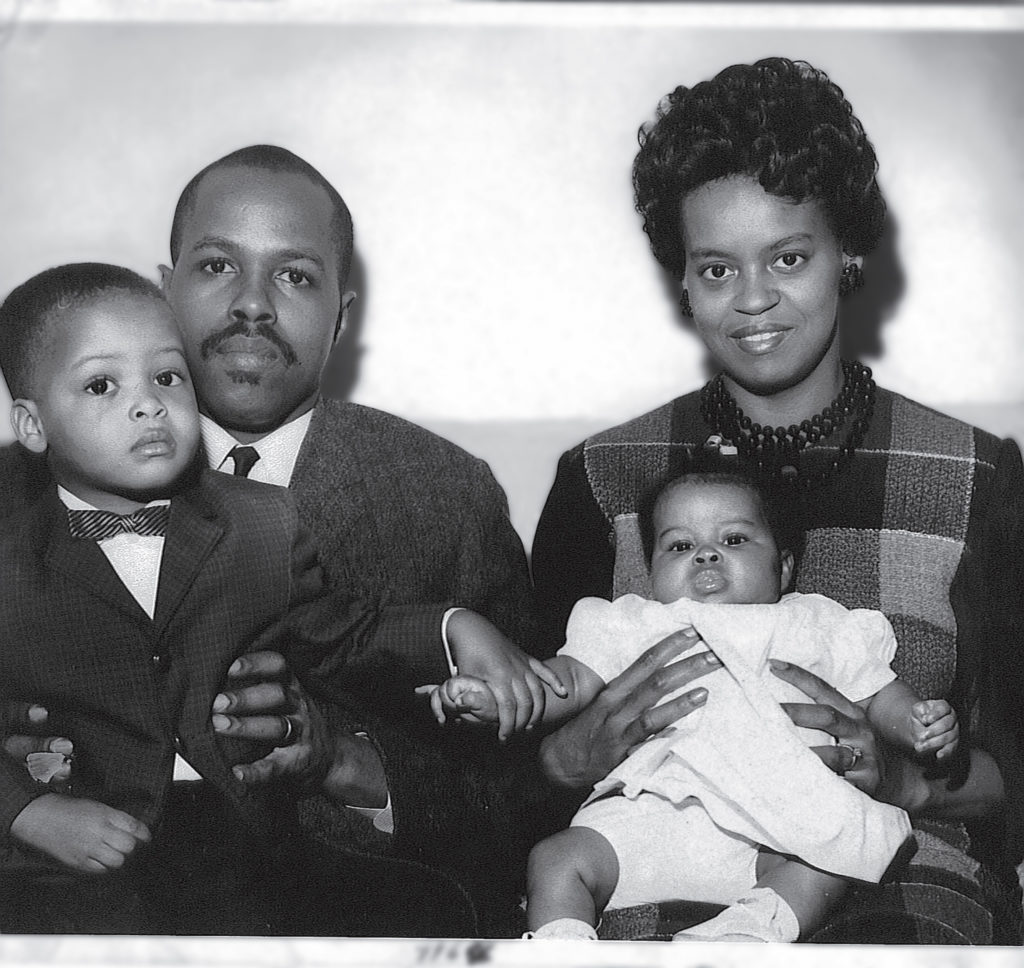 Marian Shields Robinson with her husband, Fraser Robinson III, and their children, Craig and Michelle, in 1964. 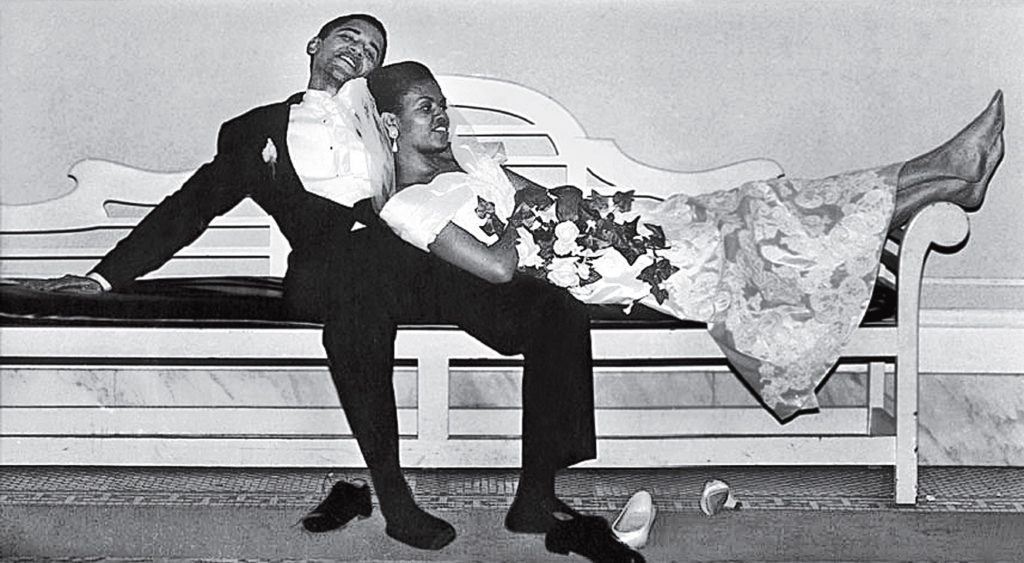 Michelle and Barack Obama on their wedding day. October 3rd, 1992. 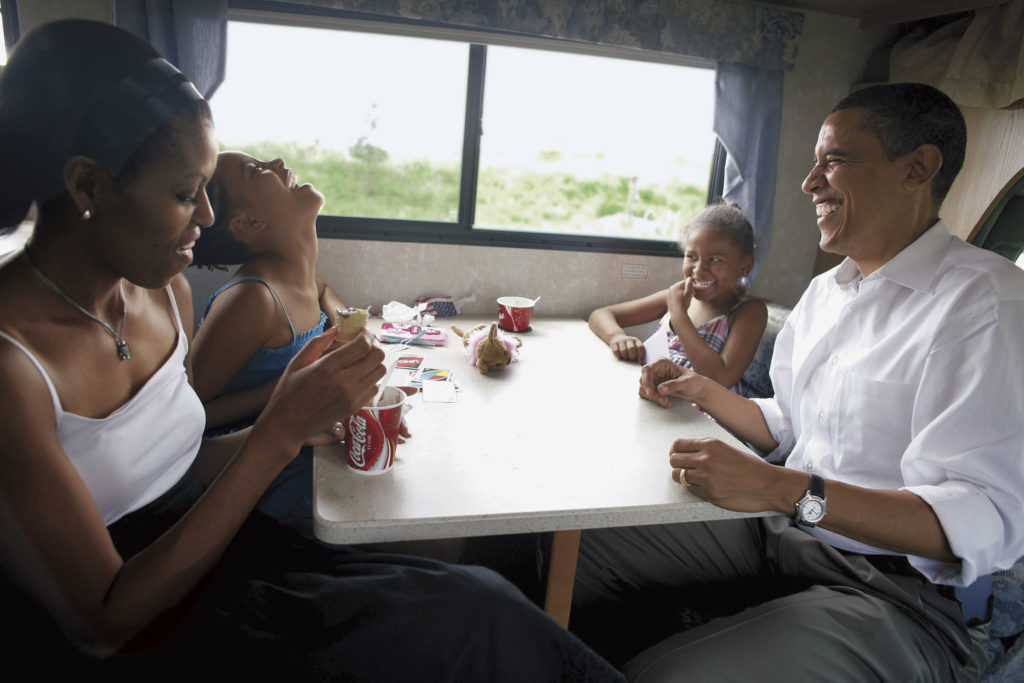 Michelle on the road with Barack, then a Senator from Illinois, and daughters Sasha (6) and Malia (9) during her husband’s presidential campaign visit to Iowa, July 4, 2007. 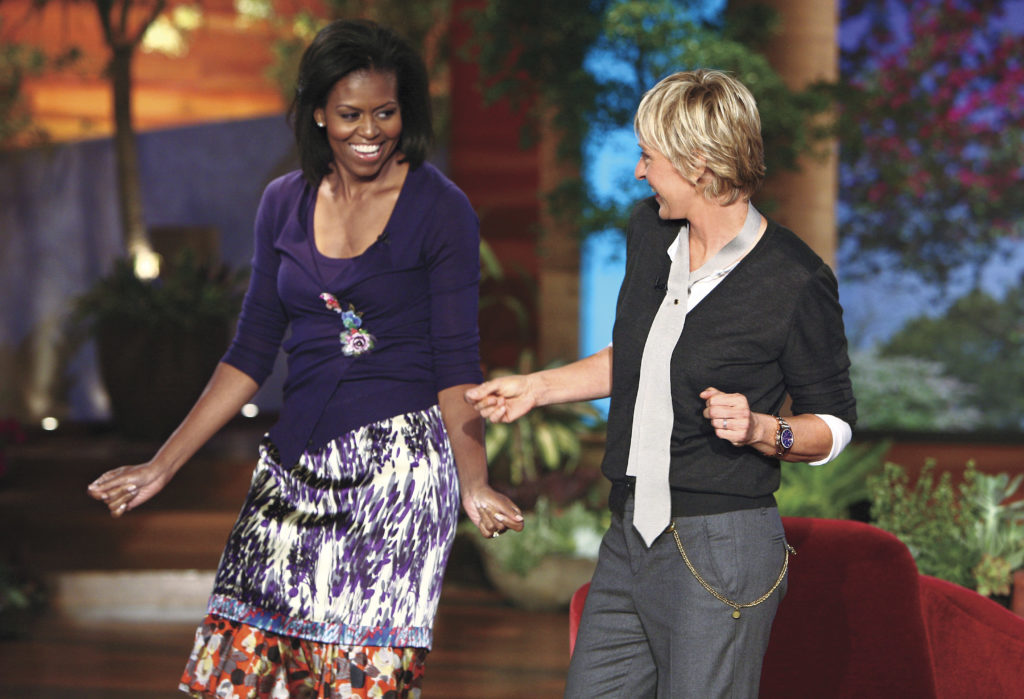 Michelle Obama appeared on the Ellen Degeneres Show during the 2008 presidential campaign. 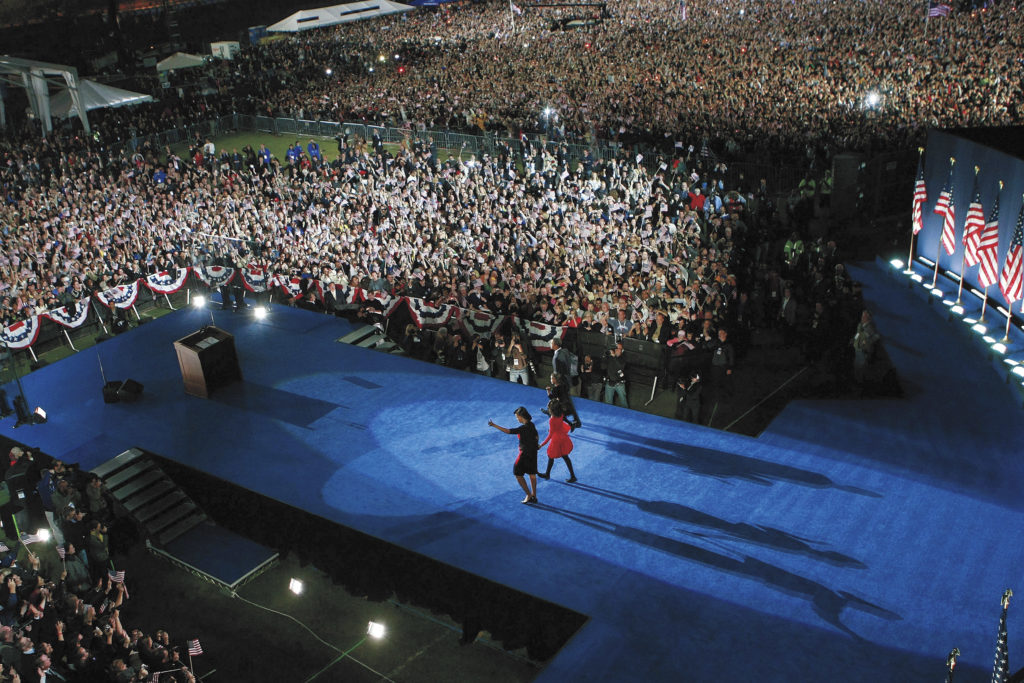 Michelle and Barack Obama walked onto the stage at Grant Park in Chicago with daughters Malia and Sasha during a celebration of Barack’s presidential election victory on November 4, 2008. 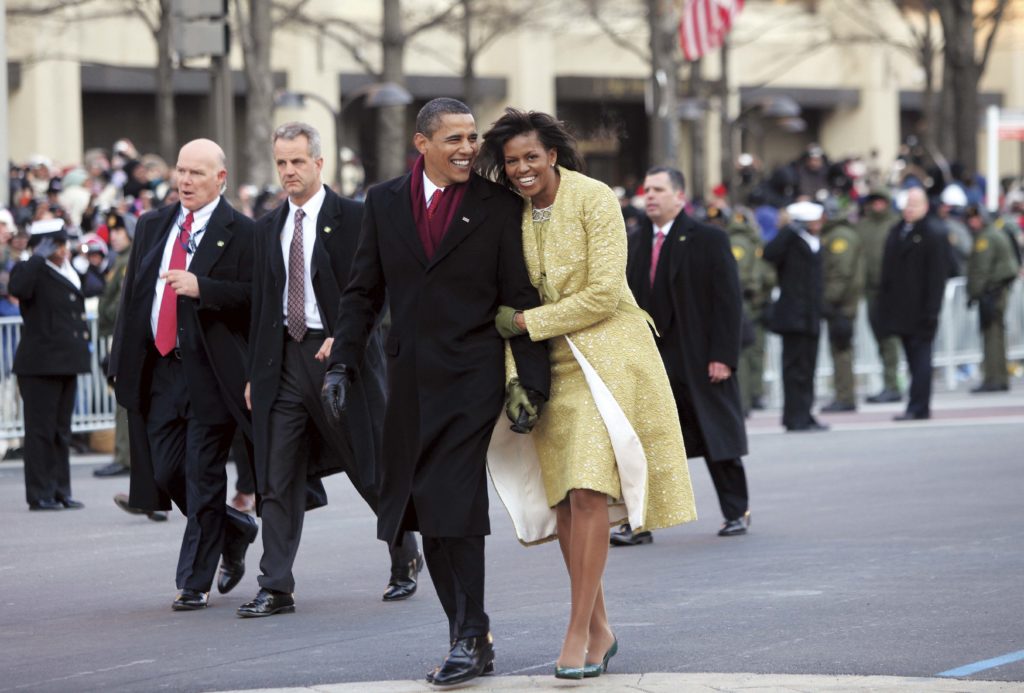 First Lady Michelle Obama and President Barack Obama walked the Inaugural Parade route after he was sworn in as 44th US president on January 20, 2009 in Washington, DC. The couple twice stepped from of their limousine and out onto Pennsylvania Avenue to walk down the route taking them to the White House. 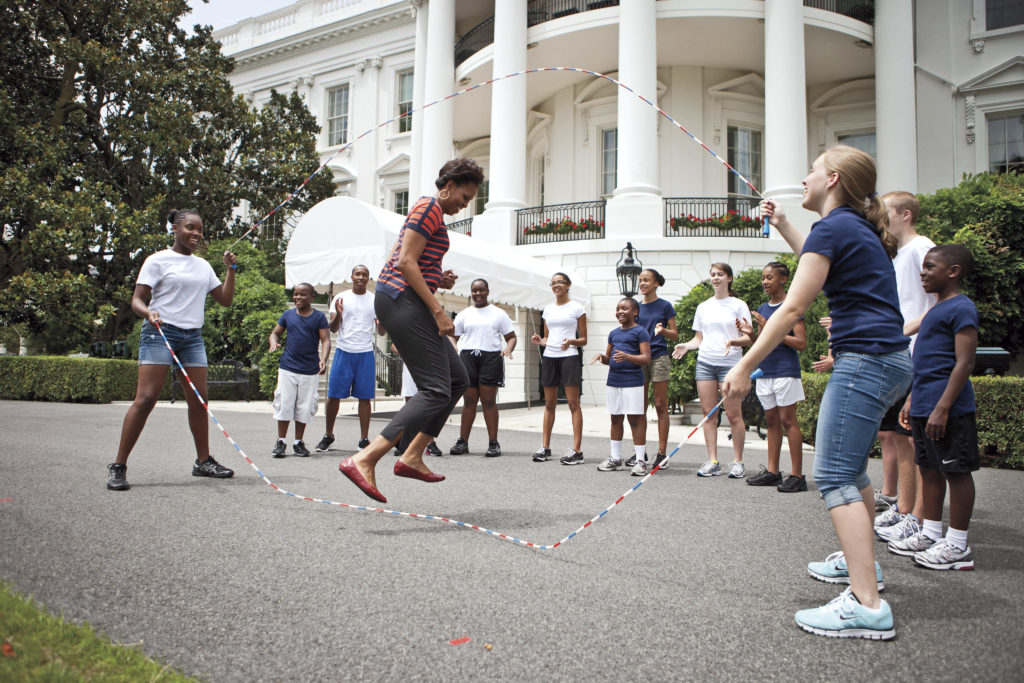 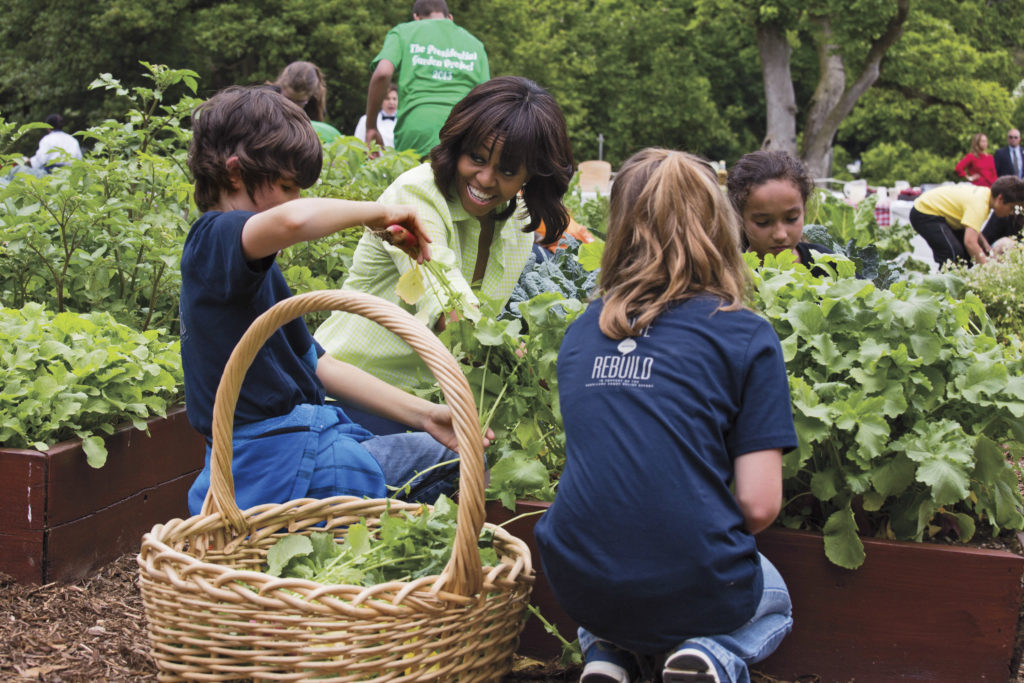 As First Lady, Michelle Obama encouraged people to add natural foods to their diet; here she harvested vegetables with students in the White House Kitchen Garden on the South Lawn, May 28, 2013. 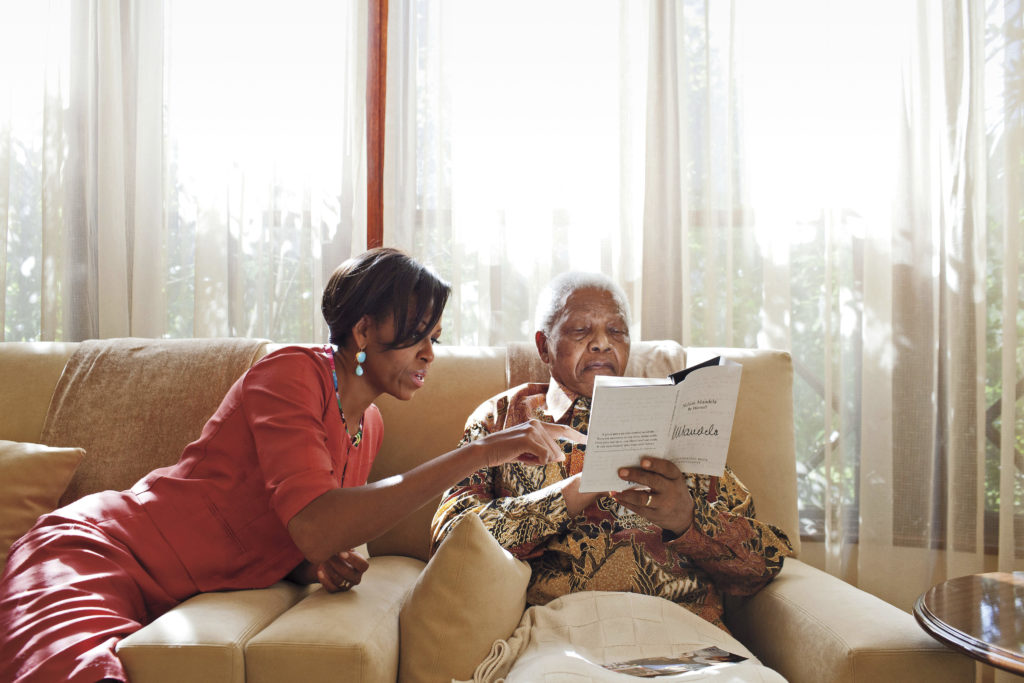 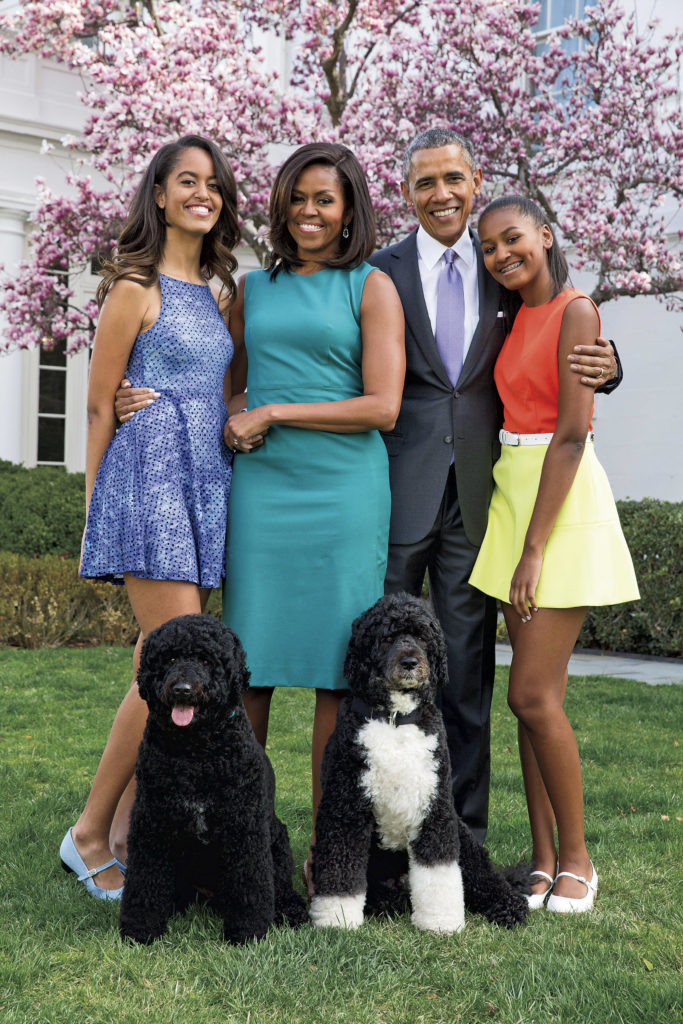 President Barack Obama, First Lady Michelle Obama, and daughters Malia and Sasha posed for a family portrait with dogs Bo and Sunny in the Rose Garden of the White House on Easter Sunday, April 5, 2015. 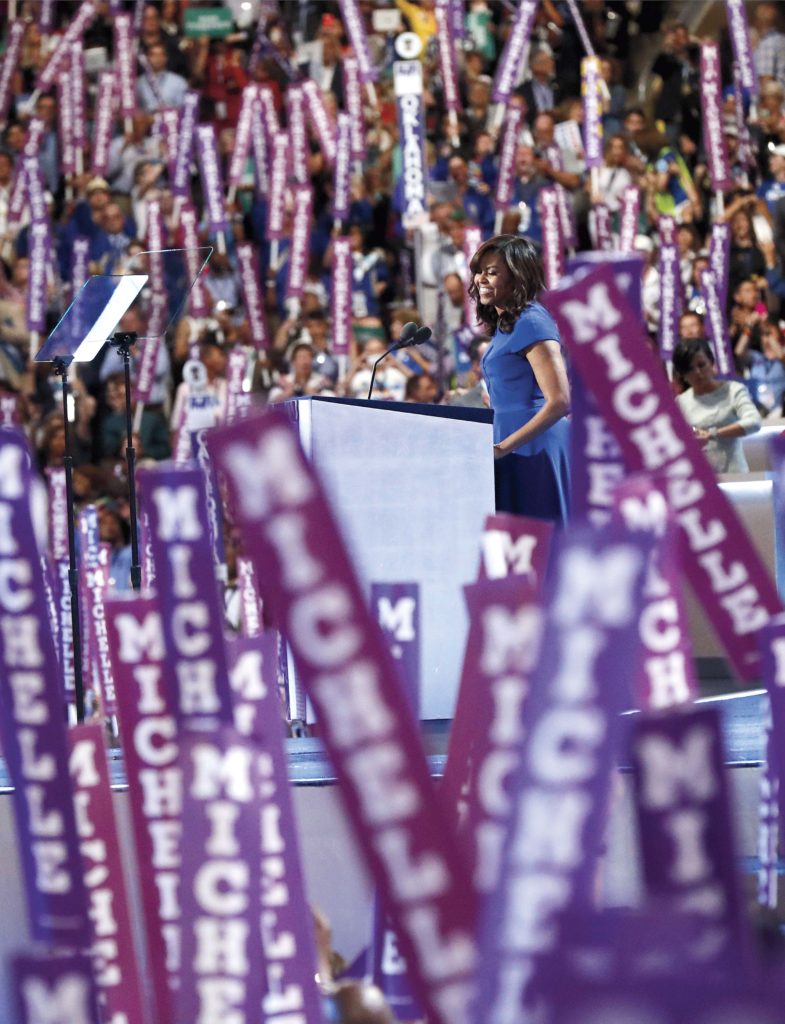 “Our motto is, When they go low, we go high”: Michelle Obama delivered her speech at the Democratic National Convention in Philadelphia, on July 25, 2016.

“Fluttery in the Stomach”: Capturing The First Weeks of College

A Ceremony of Surrender: The Formal End to a Brutal War

All Together Now: The Highs and Lows of A One-Room Schoolhouse