Muhammad Ali (right) posed at a soda fountain for Malcolm X (left, with camera) in Miami after winning the heavyweight title from Sonny Liston, 1964.

The following is adapted from the introduction to the 2021 edition of LIFE’s special issue Muhammad Ali: A Life in Pictures. On sale now.

He was born Cassius Clay and died Muhammad Ali, having made both names famous, which is fitting for a man who left behind a dual legacy. The athlete and the activist were intertwined in Ali, so much so that it is hard to separate one from the other in our memories of him. The image of the brash heavyweight champion of the world blends into that of the principled man who relinquished that title rather than fight in a war he considered unjust. The picture of the boxer who dazzled purists with his lightning quick hands overlaps with that of the respected advocate for peace and racial justice around the world.

It is no wonder that after Ali’s death in June 2016, more than 100,000 mourners lined the streets for the funeral procession through his hometown of Louisville, Ky., or that his memorial service was attended not just by famous athletes and entertainers such as Mike Tyson, Will Smith and Billy Crystal, but by political and religious leaders of disparate faiths, including imams, monks, pastors, and rabbis. “Has any man ever had a greater arc to his life?” said journalist Bryant Gumbel in his eulogy. “What does it say of a man that he can go from being viewed as one of his country’s most polarizing figures to arguably the most beloved?”

Ali did exactly that. He first made his mark with his mouth as much as his fists, composing impromptu odes to his own greatness and good looks while mocking his opponents, and although some were amused by his immodesty, a sizable portion of the public was angered by it. The resentment intensified when he adopted the Muslim faith and changed his name from Clay to Ali in 1964, and when he refused to enlist in the Army in 1967 after he was drafted during the Vietnam War.

But as the years passed, attitudes toward Ali changed even though—or maybe because—the man did not. After he was stripped of his heavyweight title and banned from boxing for nearly four years, he proved his greatness as a fighter by winning the championship back and continuing his legendary career. At the same time, his commitment to social justice and racial equality grew. He took up the cause of disadvantaged people around the world, from Native Americans to starving people of Bangladesh. It is estimated that Ali’s philanthropy helped to feed more than 22 million people globally.

Though he is gone, in some ways Ali has never been more relevant. In these days of social unrest in America, athletes have returned to a level of activism that he would surely recognize as reminiscent of the Civil Rights era of the 1960s and ‘70s. The parallels are obvious between Ali and former NFL quarterback Colin Kaepernick, who has sacrificed the prime years of his football career by taking a knee to protest police violence against African-Americans.

Kaepernick has no shortage of company in following Ali’s path. In the past year athletes such as LeBron James and Chris Paul have protested racial inequality and spearheaded efforts to get people of color to take part in the political process. The entire roster of the WNBA’s Atlanta Dream became leaders in the fight for social justice, protesting the deaths of Breonna Taylor and George Floyd, among others, at the hands of police. NBA players refused to take the court for the playoffs last August to protest the shooting by police of Jacob Blake in Kenosha, Wisconsin. These modern-day athlete/activists are ideologically the sons and daughters of Ali, daring to endanger their popularity and money-making potential in order to take stands on controversial social issues.

All of the crowd-pleasing, unapologetically self-confident athletes of today are his descendants, as well, whether they realize it or not. The prevailing belief of Ali’s time was that athletes should be modest and humble, but he challenged that by declaring himself the Greatest. He didn’t wait for others to praise his speed and power; he pointed out himself that he could “float like a butterfly and sting like a bee.” Ali understood that athletes could be showmen, and so many others that followed, from Joe Namath to Deion Sanders to Julius Erving to Steph Curry, have been variations on his theme. Perhaps more than any other athlete, he made it acceptable for players to do flamboyant touchdown dances in the end zone, to gesture to the crowd after emphatic dunks, to flip their bats after hitting home runs—in short, to celebrate themselves.

Whenever we come upon athletes who are as quick-witted as they are good-hearted, who fight not just for victory in their sport but for justice in the world, there, too, we can see the essence of Muhammad Ali.

Here is a sampling of the photos that appear in Muhammad Ali: A Life in Pictures. 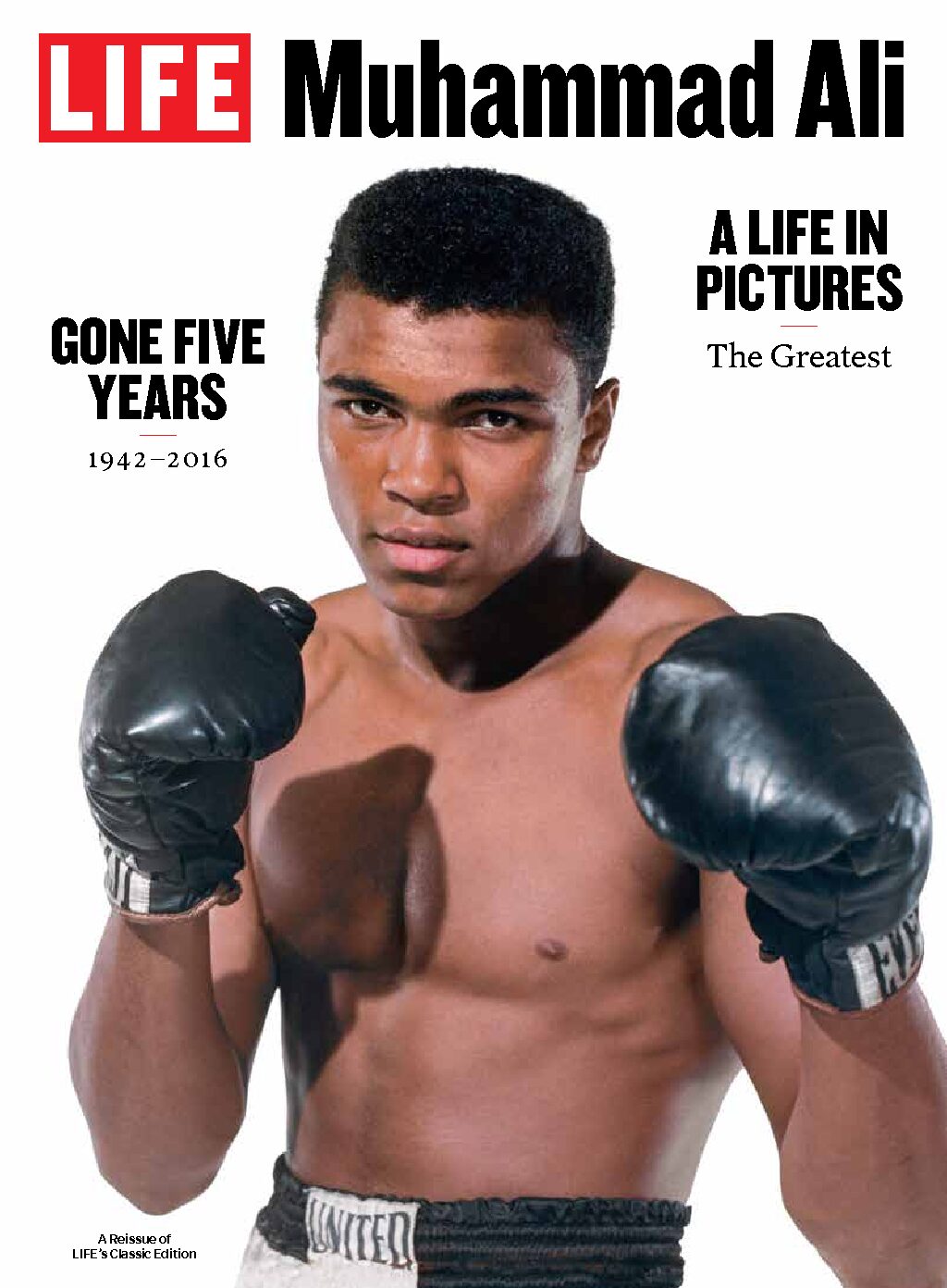 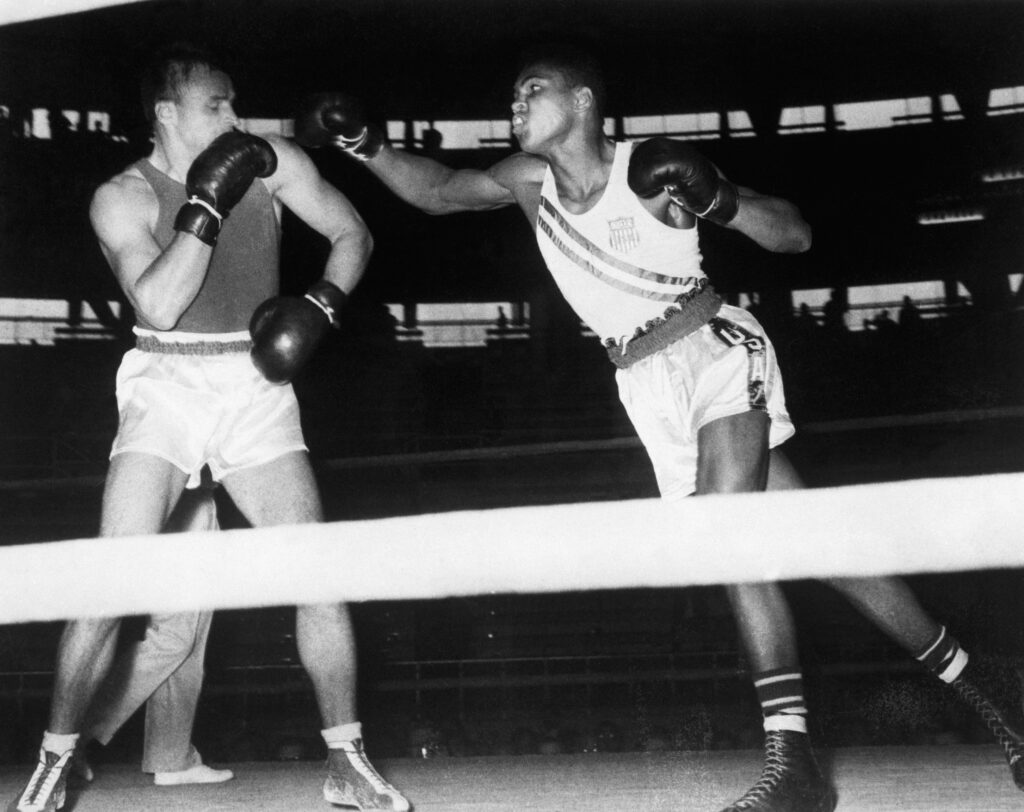 Ali defeated Soviet boxer Gennady Schatkov at the 1960 Olympics in Rome, on his way to a gold medal. 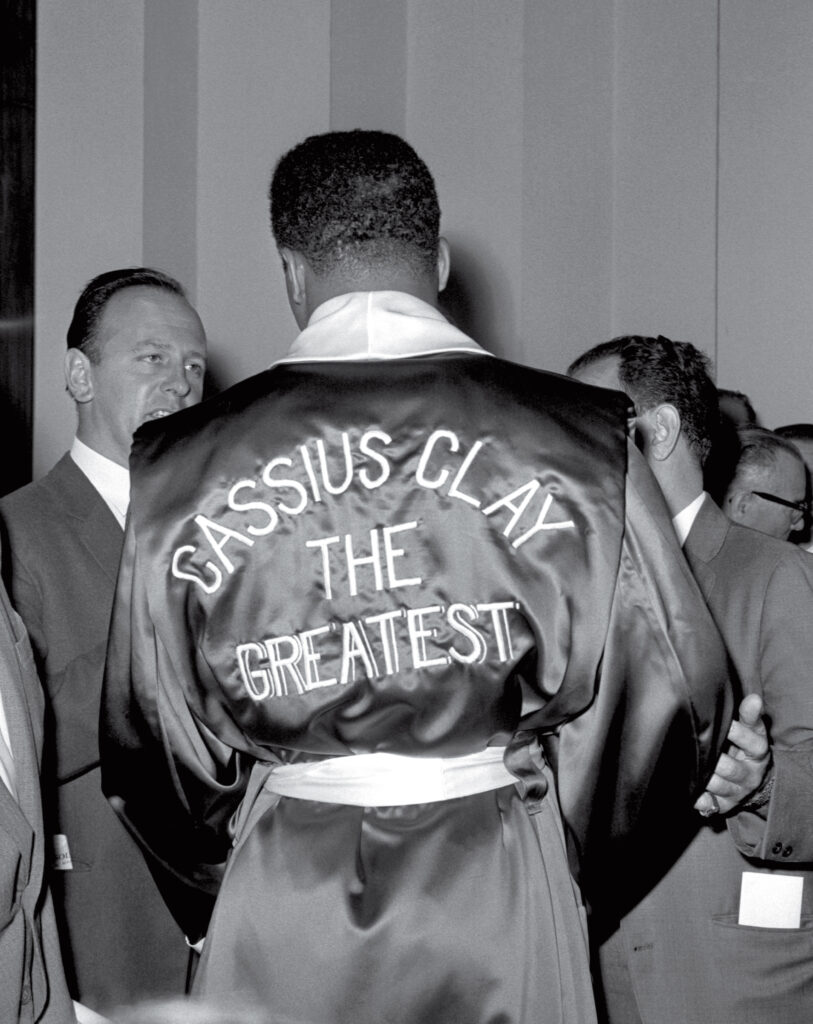 Ali in 1963, still known as Cassius Clay, at the weigh-in for his fight with British heavyweight Henry Cooper at the London Palladium. 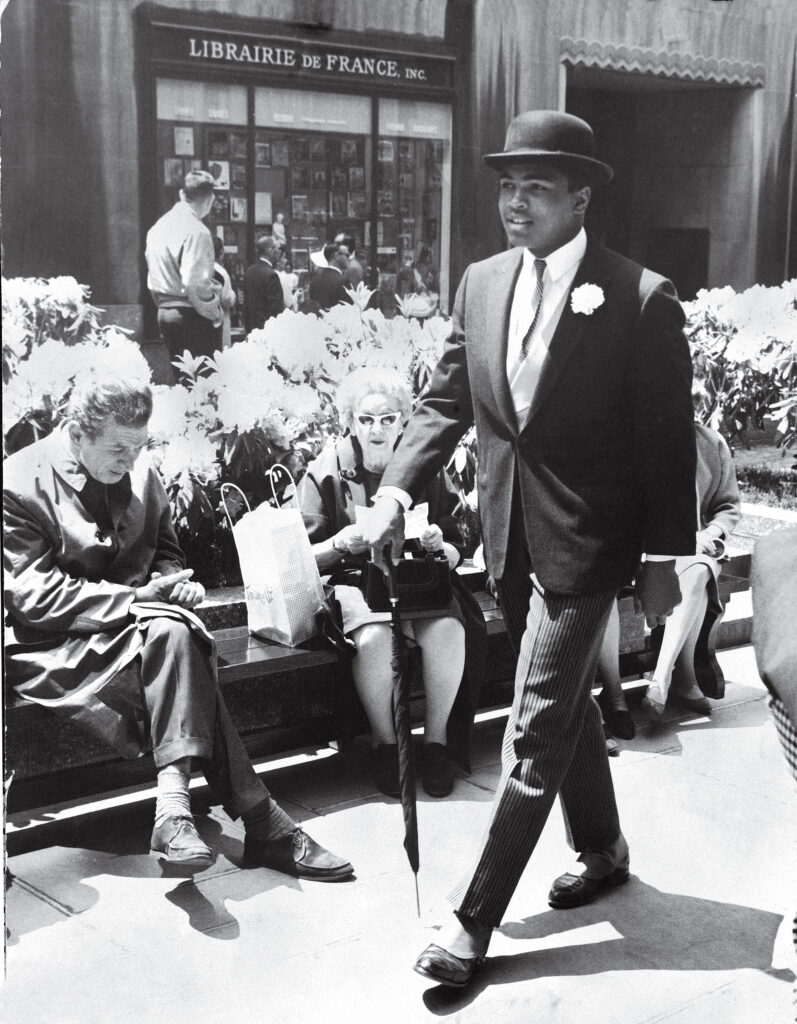 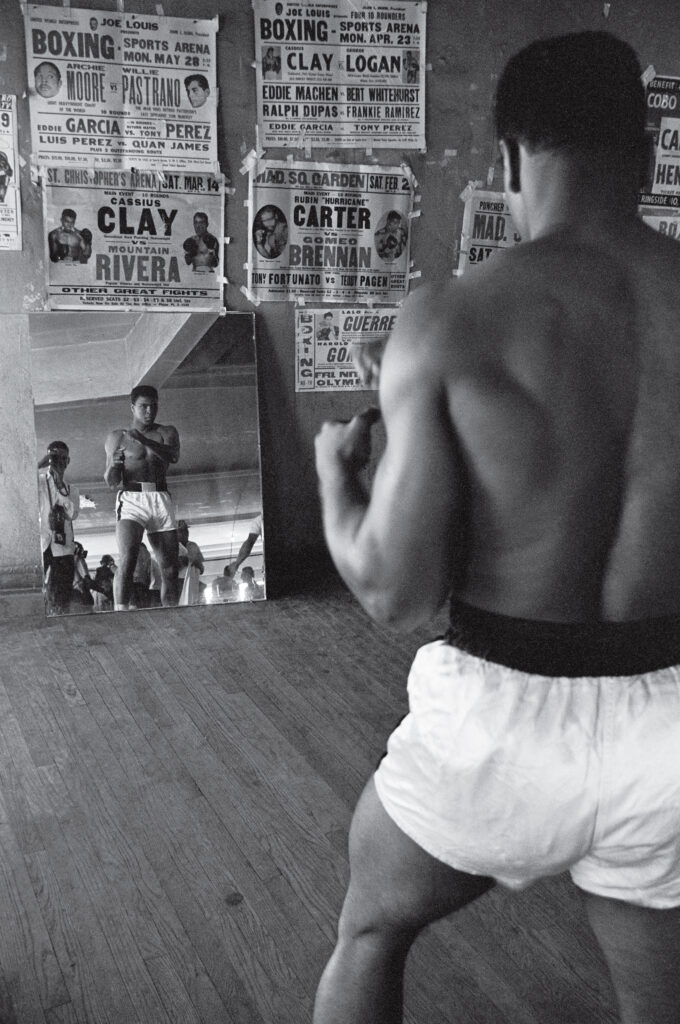 In 1964 in Miami, Ali trained for the fight in which he would win the heavyweight title from Sonny Liston. 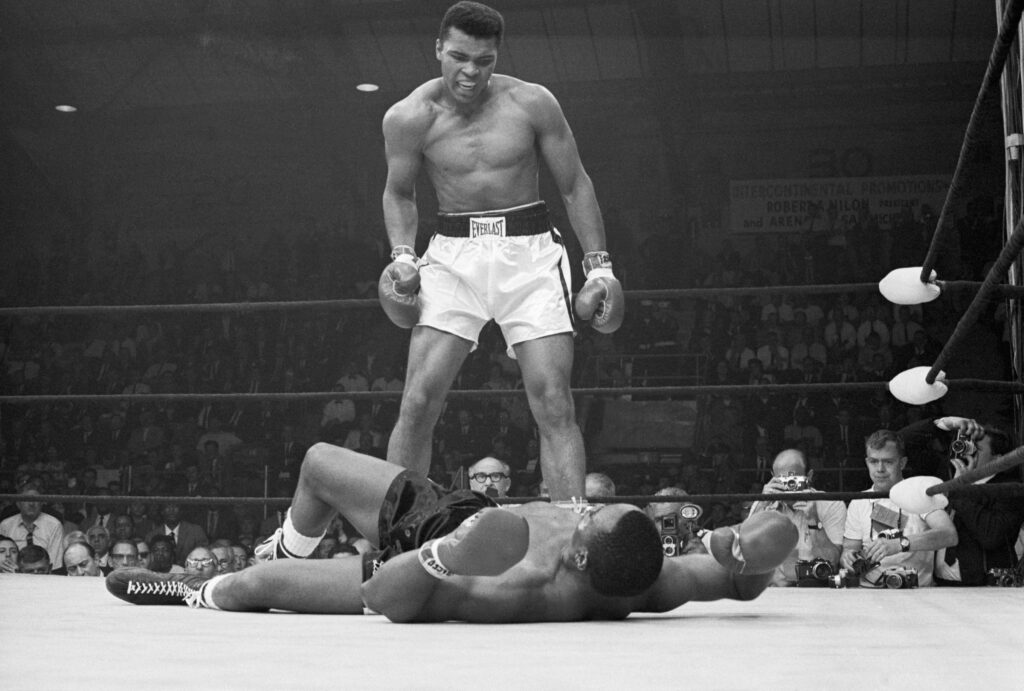 In their title fight rematch, heavyweight champion Muhammad Ali stood over Sonny Liston after knocking him out one minute into the first round at the Central Maine Youth Center in Lewiston, Maine, 1965 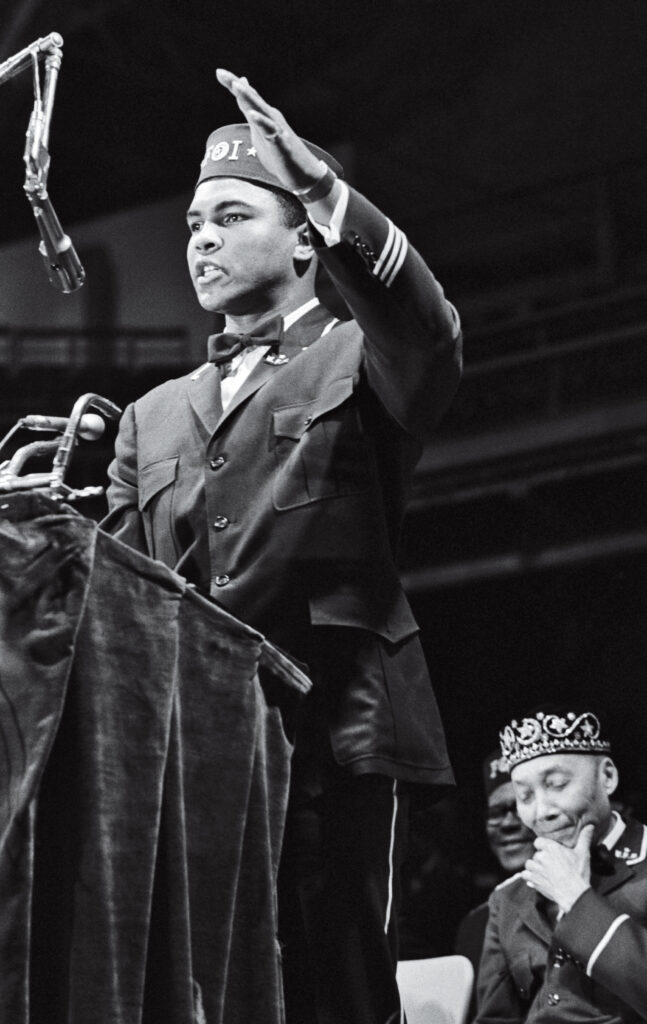 In 1968 Ali addressed a Black Muslim convention as leader Elijah Muhammad Poole listened in the background. 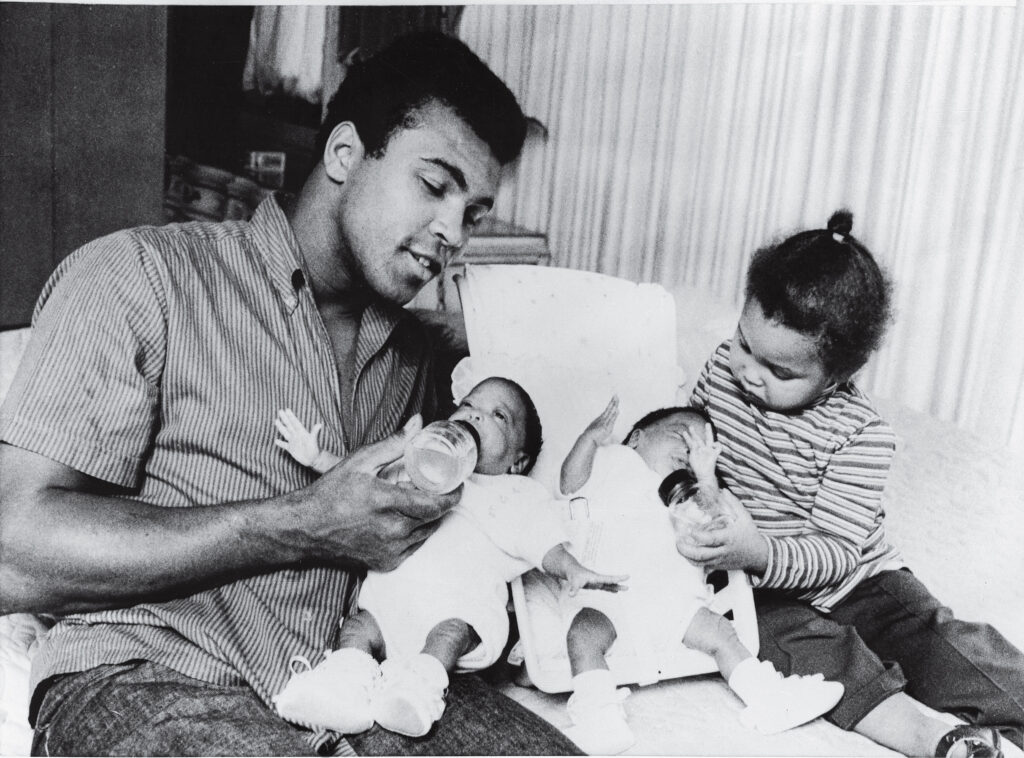 In 1970 Ali and his daughter, Maryum, took time out for some family chores to feed his 10-week-old twins, Reeshemah and Jamillah in their Philadelphia home. 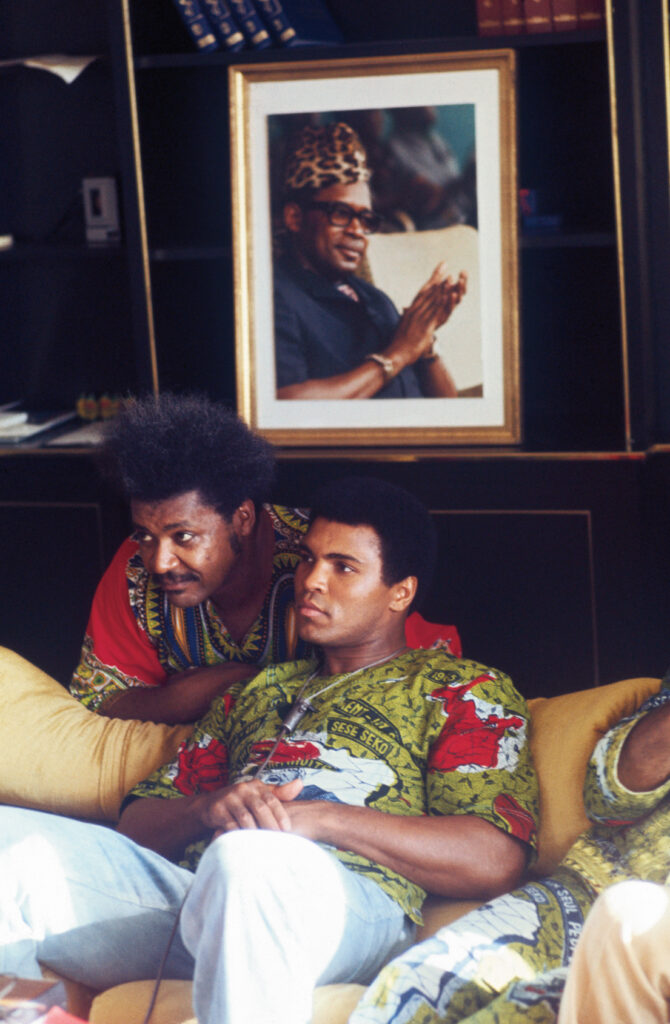 In Zaire for the “Rumble in the Jungle” against George Foreman in 1974, Ali and fight promoter Don King were photographed in Ali’s villa with a portrait of Mobutu, the country’s president, on the wall behind them. 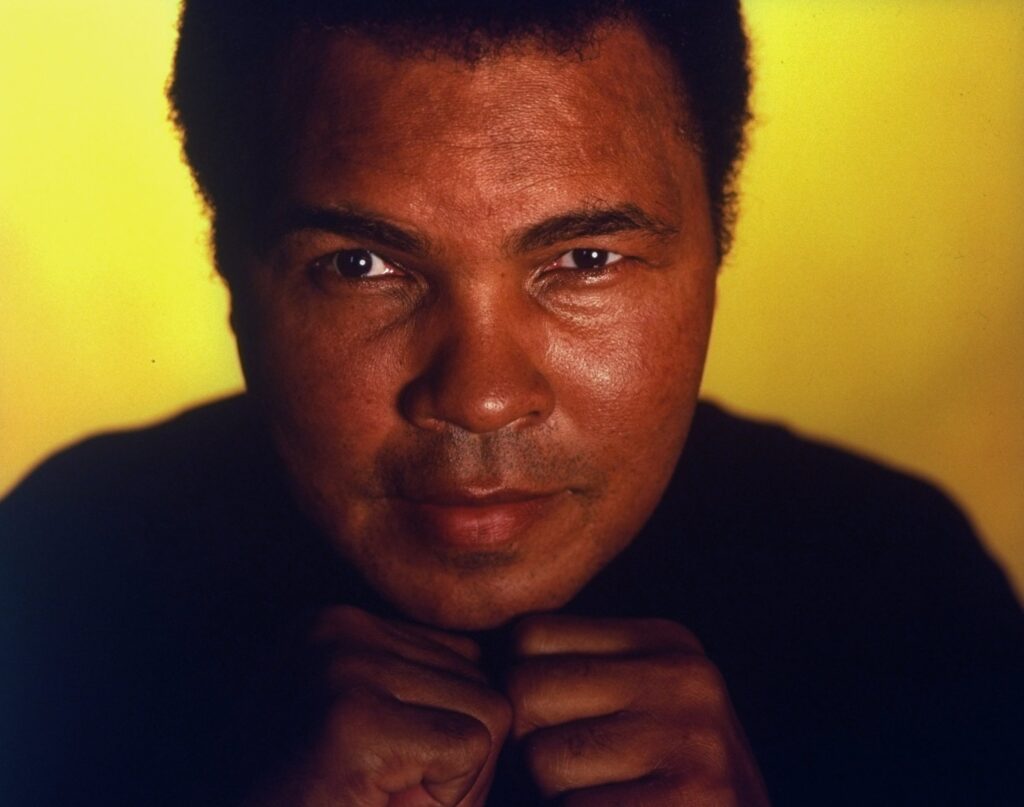 Muhammad Ali at home in Berrien Springs, Michigan in 1996.

New Jersey Turnpike: The Building of a “Superroad” 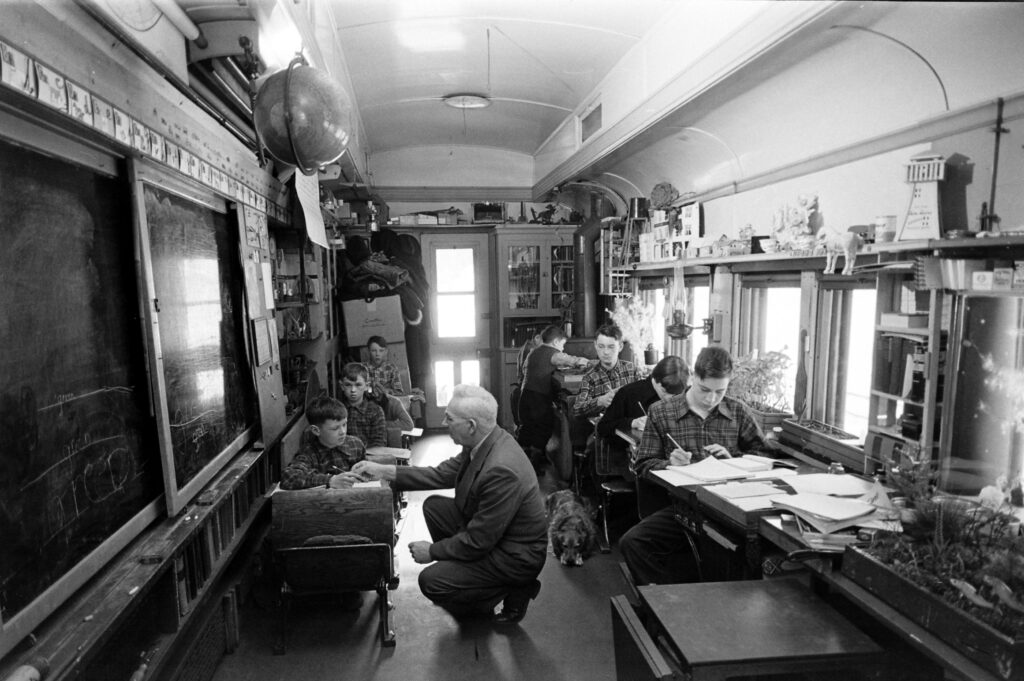