Kate and William left Westminster Hall by carriage following a luncheon to honor the queen’s Diamond Jubilee in 2012.

The following feature is excerpted from LIFE William & Kate: The Life and Love of a Future
King and Queen, available at retailers and on Amazon.

In a world often roiled by tumultuous change, the British monarchy has endured for nearly 1,100 years—since 927, when the Anglo-Saxon king Athelstan conquered the last Viking stronghold of York, becoming the first king of all England. So began an epic saga unlike any other in Western history: a tale of grandeur, folly, heroism, depravity, intrigue, violence, and romance. To be sure, Britain’s kings and queens have been a decidedly mixed bag—monarchy isn’t meritocracy, after all—spanning the gamut from benevolent to murderously cruel. Some have been brilliant, some mediocre, and others downright deranged. But no matter who has worn the crown, the monarchy has survived, albeit bruised and bloodied by wars, innumerable scandals, and the decline of a global empire. Granted, there have been some changes—gone are the days when Britain’s kings and queens ruled by fiat and sent enemies to the chopping block. Though titular heads of state, monarchs long ago morphed into ceremonial figures. Compelled to be apolitical and above the fray, they serve as living symbols of national unity and pride—especially in difficult and divided times—charged with boosting morale and performing good works.

Someday the full weight of this legacy will fall on the Duke and Duchess of Cambridge—Prince William and his wife, the former Catherine Middleton, known to the world as Kate. This year marks the couple’s 10th wedding anniversary—it was on April 29, 2011, that they exchanged vows amid pomp and pageantry at Westminster Abbey. An estimated 2 billion people around the world viewed the televised ceremony, transfixed by William and Kate’s glamor and magnetism, and the knowledge that they were, barring unforeseen events, a future king and queen. The elder son of Charles, Prince of Wales, William is in line behind him to succeed his 95-year-old grandmother, Queen Elizabeth II, whose nearly seven decades on the throne have made her the longest-reigning monarch in British history. William, 38, may have to wait a while to wear the crown. In the meantime, he has been a king-in-training and celebrity since childhood. The prince was 15 in 1997 when his dazzling, troubled, and internationally beloved mother, Princess Diana, died in a car crash in Paris. By then, “Wills” and his younger brother, Harry, had already endured the very public collapse of their parents’ tortured marriage. When thousands lined London streets for Diana’s funeral, the young princes won hearts for the brave stoicism they displayed while walking behind their mother’s horse-drawn casket. As William grew into a handsome, intelligent adult, speculation ran rampant every time he so much as smiled at a young woman. The guessing game ended when he fell for Kate, his classmate at Scotland’s University of St. Andrews. A commoner with working-class roots, she was warm, unpretentious—and patient, waiting out an eight-year relationship before her prince popped the question.

Since their wedding, William and Kate have been diligent and dutiful royals, traveling the world as goodwill ambassadors and supporting a range of charities, notably on behalf of children and mental health. The Cambridges have considerable star power; like the glamorous Diana, Kate is viewed as a style icon, but without the tabloid drama. Not that William and Kate—and now, their three young children—aren’t subjected to intense scrutiny at home and abroad. Indeed Americans, many of them at least, are fairly obsessed with British royalty; witness the popularity of Netflix’s The Crown. At first blush, it seems counterintuitive. “The U.S. is a modern republic that prides itself on a rejection of aristocratic privilege,” says James M. Vaughn, a specialist in British studies at Ohio University. “The idea of a hereditary ruling family is anathema to our political culture. But it also exerts a strange fascination for us. We don’t have such a family here—but we don’t mind observing it all the time over there.”

And after all, many Americans did grow up on romantic tales of princes and princesses. Still, at home in Britain, the modern monarchy has had more than its share of detractors; a long-standing republican movement sees it as a hoary anachronism that should be abolished. That chorus grew louder in the aftermath of Diana’s death, when a good portion of the country viewed Prince Charles as an insensitive cad for carrying on an extramarital affair with old flame Camilla Parker Bowles (now his wife and the Duchess of Cornwall). The royals took another hit in 2020 when Prince Harry and his American wife Meghan Markle (now Duke and Duchess of Sussex) withdrew from official duties and moved to Santa Barbara, California. This caused a rift between William and Harry: During an interview with Oprah Winfrey that aired in March 2021, Harry described his relationship with his brother as one of “space.” Soon after a sense of sadness filled that space with the death of William and Harry’s grandfather, Prince Philip.

Despite bumps in the road, the monarchy remains widely popular in Britain. The latest YouGov poll from 2020 showed the queen with an 83 percent approval rating, while William (80 percent) and Kate (76 percent) placed second and third, respectively, among royals. When the duke and duchess first became serious, Kate was welcomed warmly by the family, including Elizabeth II, who was charmed by her natural and unaffected grace. “The Queen’s embrace of an ‘ordinary’ young woman undercut a core republican argument that the monarchy is hidebound and remote from its subjects,” wrote Sally Bedell Smith in her 2012 biography, Elizabeth the Queen: The Life of a Modern Monarch. When William and Kate gave their first joint television interview, it only reinforced that view. The duke and duchess presented “an image that augured well for the monarchy’s future—self-possessed, contented, and clearly in love.”

Here are a selection of photos from LIFE William & Kate: The Life and Love of a Future King and Queen. 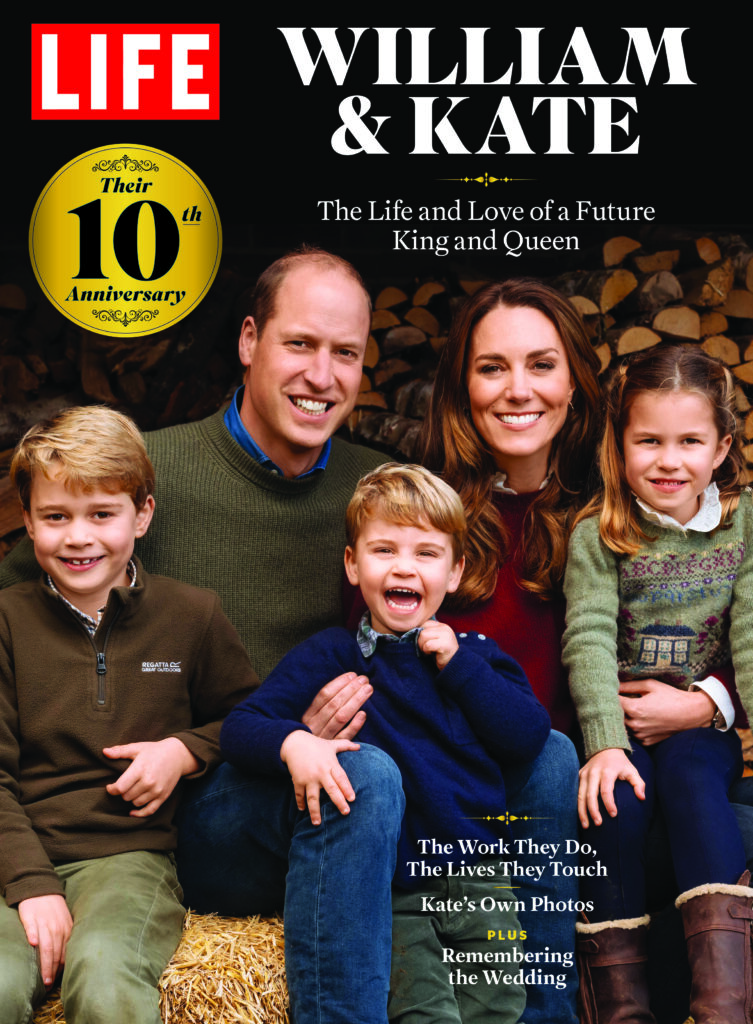 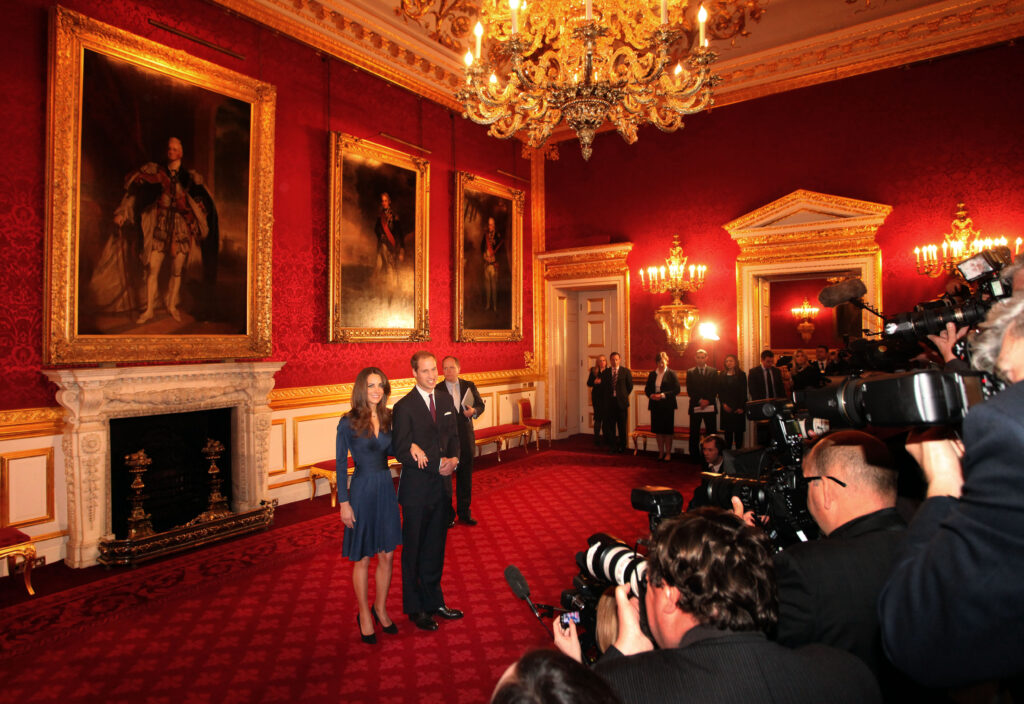 After announcing their engagement on Nov. 16, 2010, Prince William and Kate Middleton posed for the press in the State Rooms of St. James’s Palace in London. 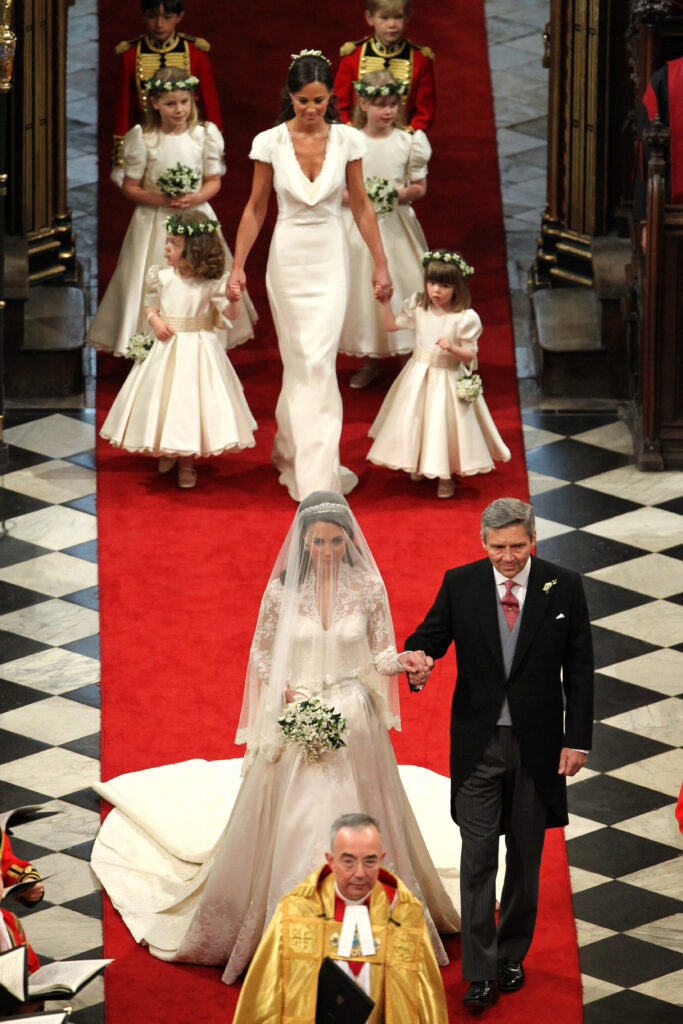 On her wedding day Kate Middleton (center) arrived with her father Michael (right) at Westminster Abbey, followed by her sister and maid of honor Pippa Middleton (top), April 29, 2011. 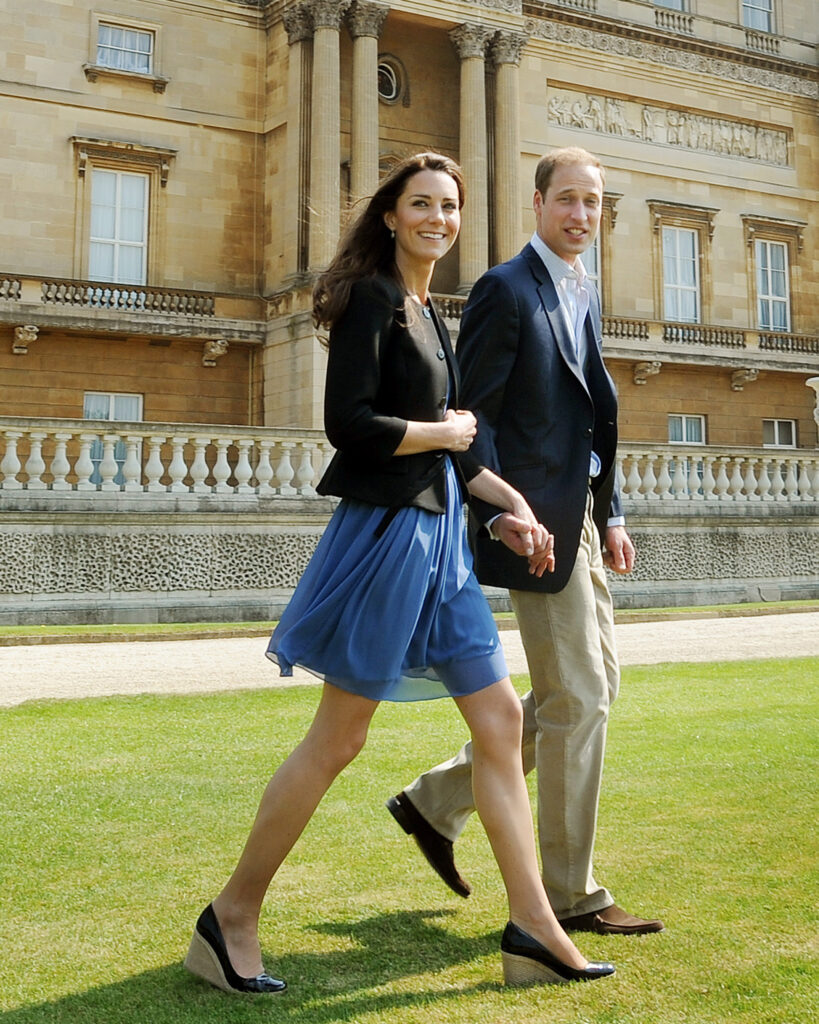 On the day after their wedding, William and Kate walked hand in hand from Buckingham Palace, April 30, 2011. 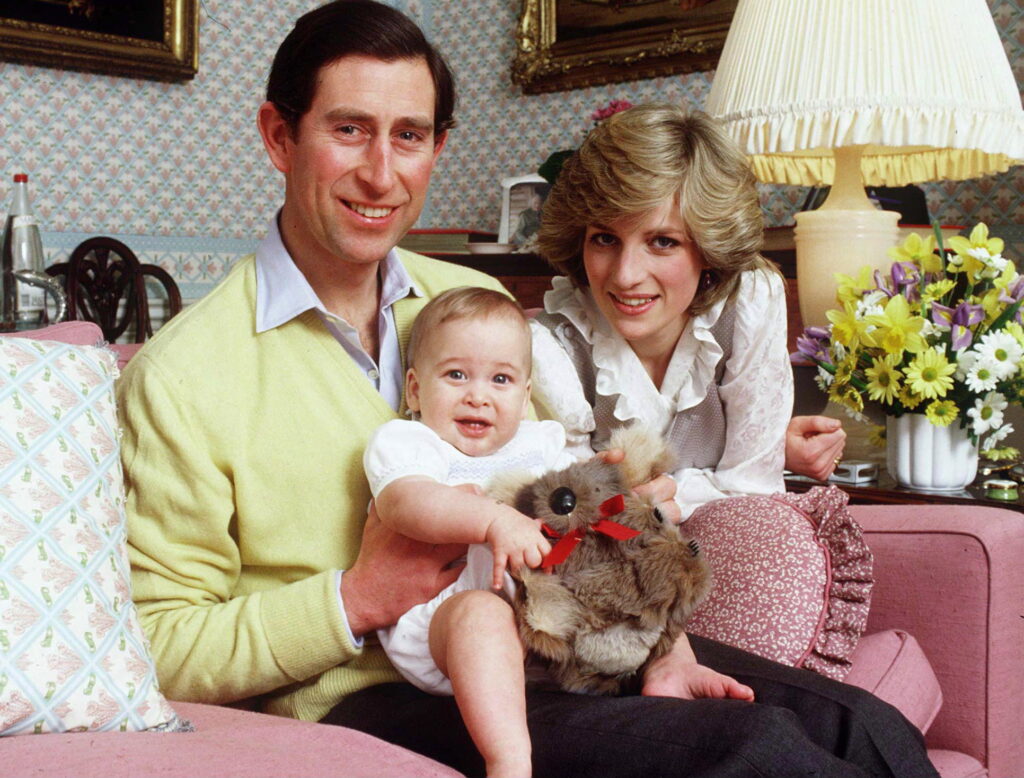 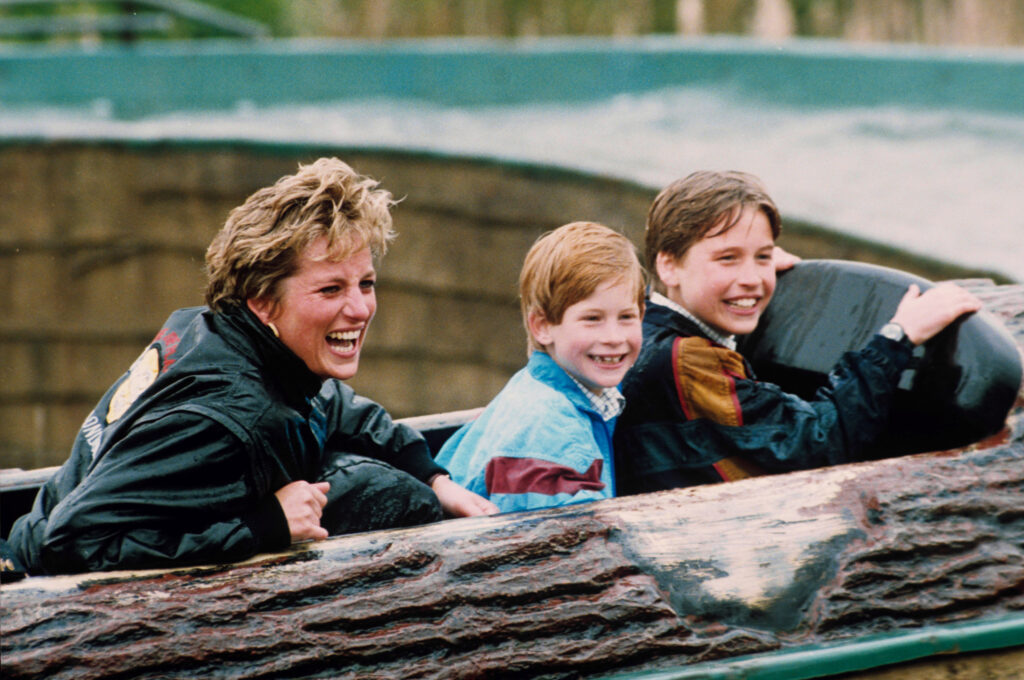 In 1983 Princess Diana and her sons William and Harry enjoyed a water ride at Thorpe Park in England.

Photo by Cassidy And Leigh/Shutterstock 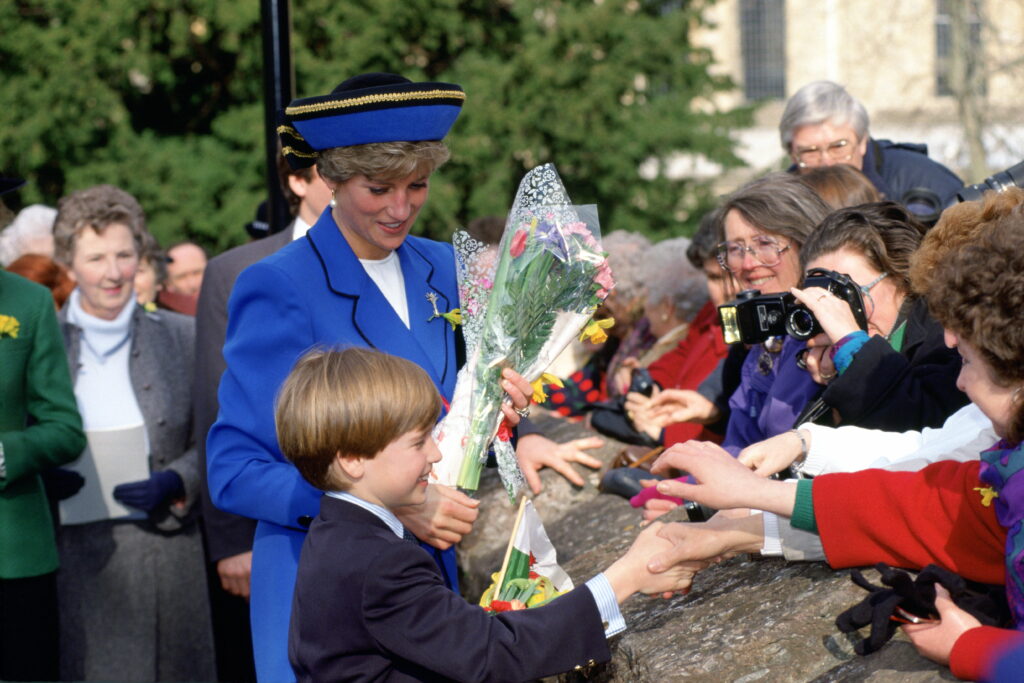 For his first official engagement, William, with his mother Princess Diana, greeted crowds on St. David’s Day, 1991 outside Llandaff Cathedral in Cardiff, Wales. 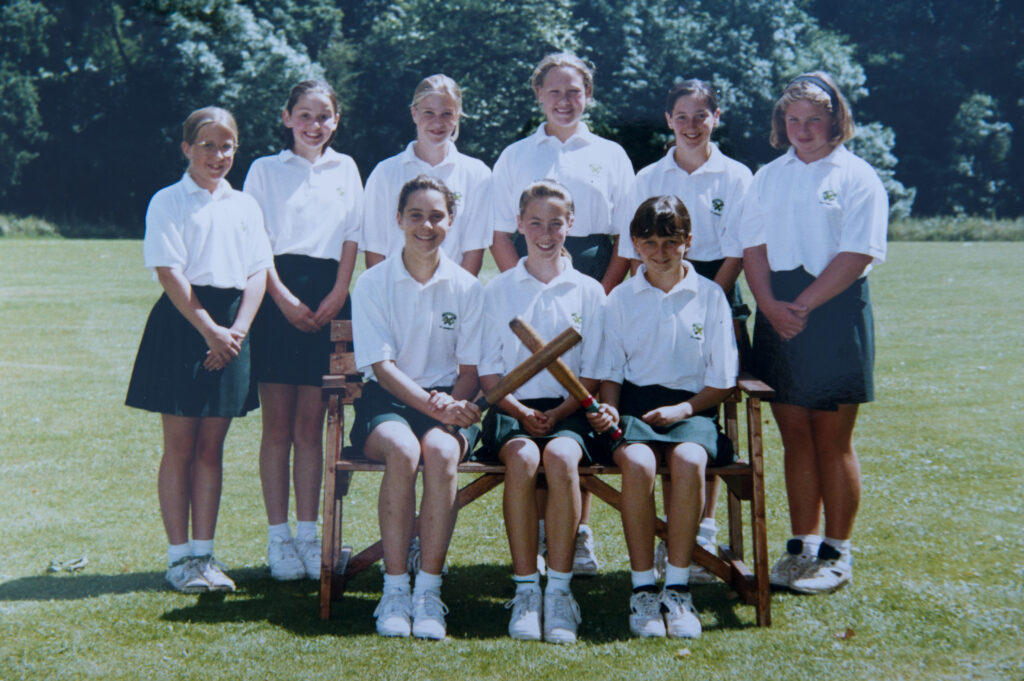 Kate and William first met at St. Andrew’s School; here Kate (front row, left) posed with the rounders team in an undated photo from her years as a student. 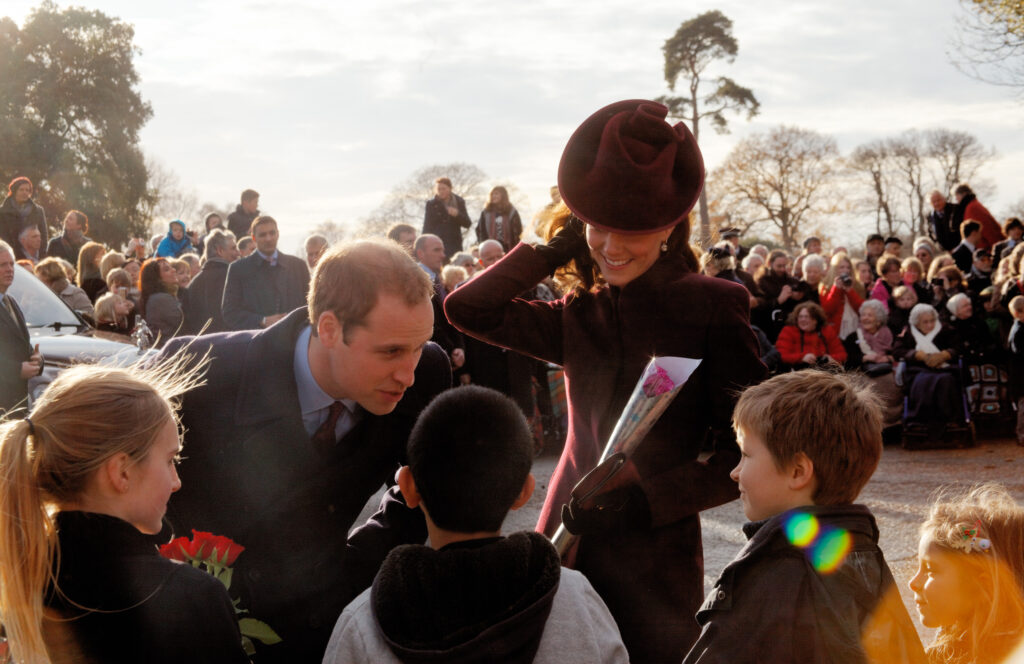 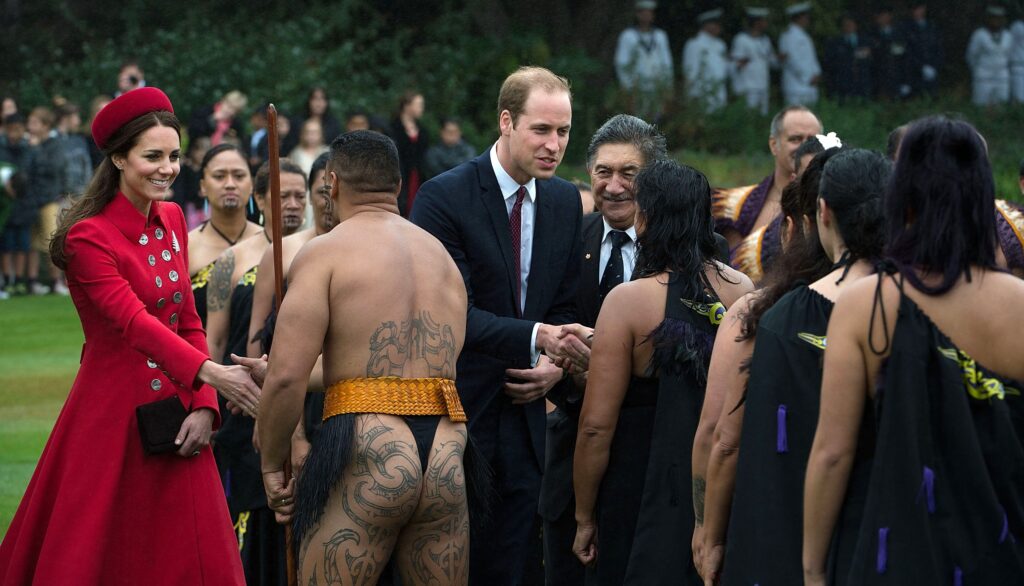 William, Kate and their son Prince George met a Maori performance group in Wellington, New Zealand during their three-week tour of New Zealand and Australia in 2014. 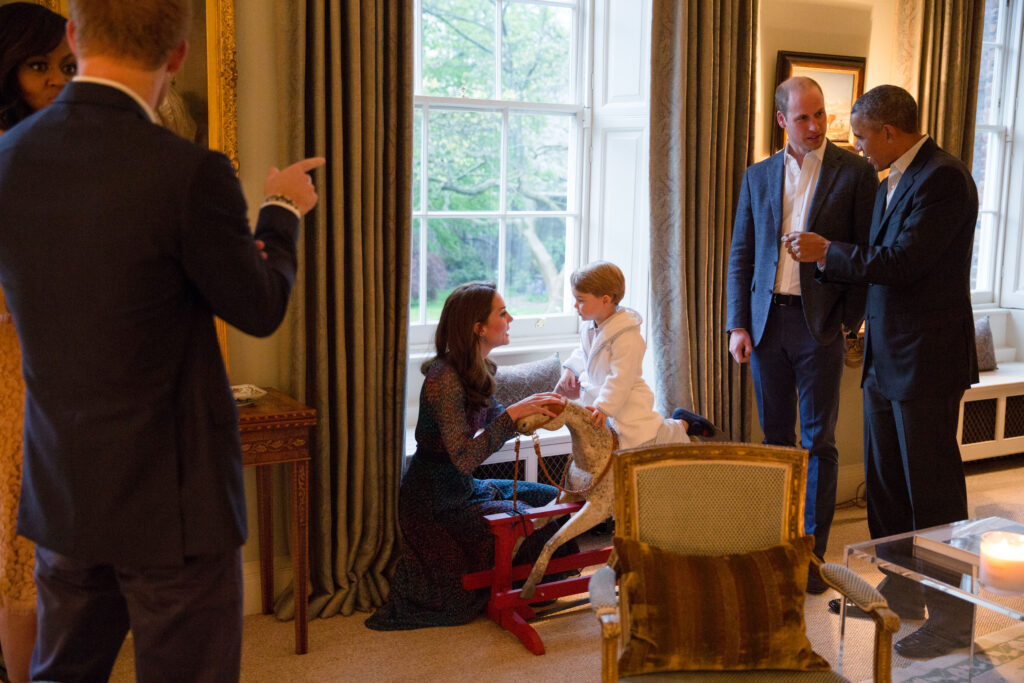 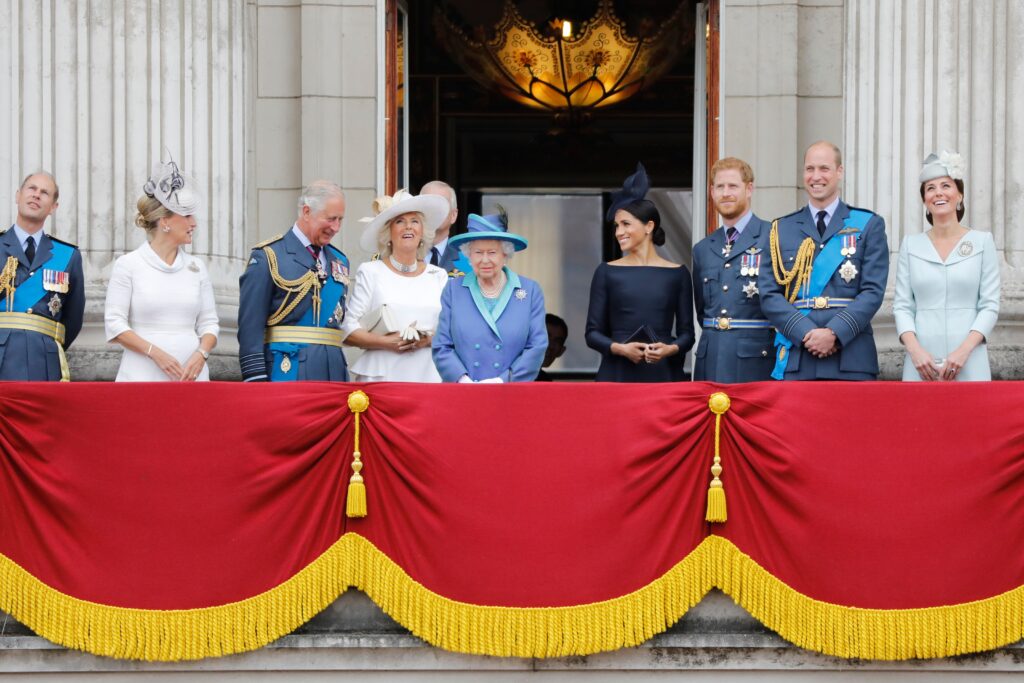 The royal family gathered on the balcony of Buckingham Palace during a celebration of the centenary of the Royal Air Force on July 10, 2018; pictured are (left to right) are Prince Edward and wife Sophie, Prince Charles and wife Camilla, Queen Elizabeth II, Meghan Markle with husband Prince Harry, and Prince William and Kate. 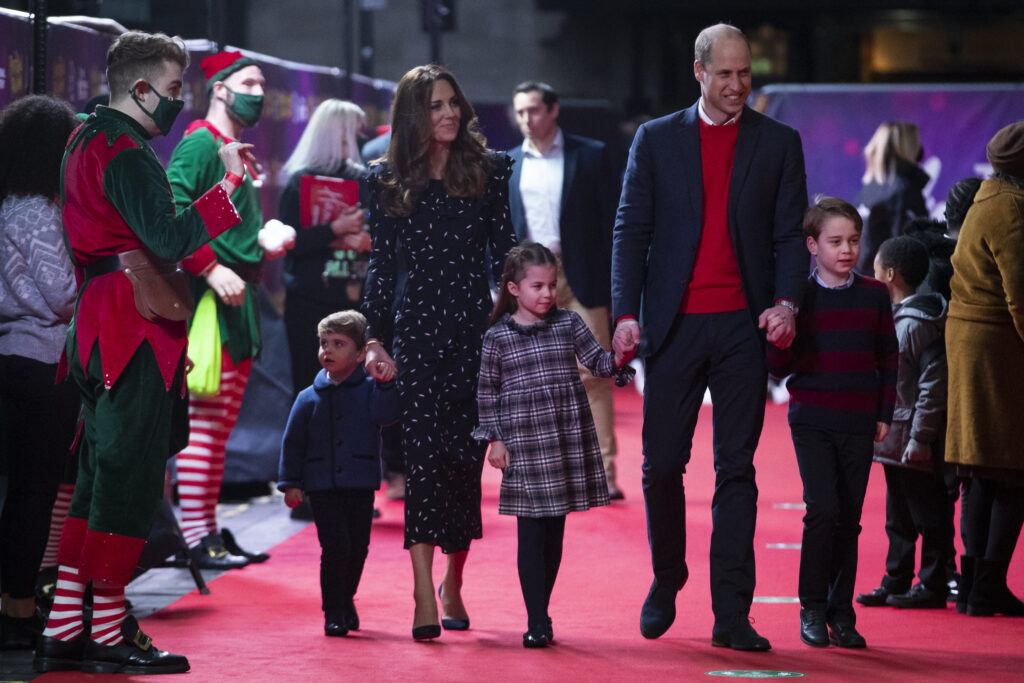 On December 11, 2020 William and Kate, along with their children, Louis, Charlotte and George, attended a special pantomime performance at London’s Palladium Theatre; the performance thanked essential workers and their families for their efforts during the COVID-19 pandemic. 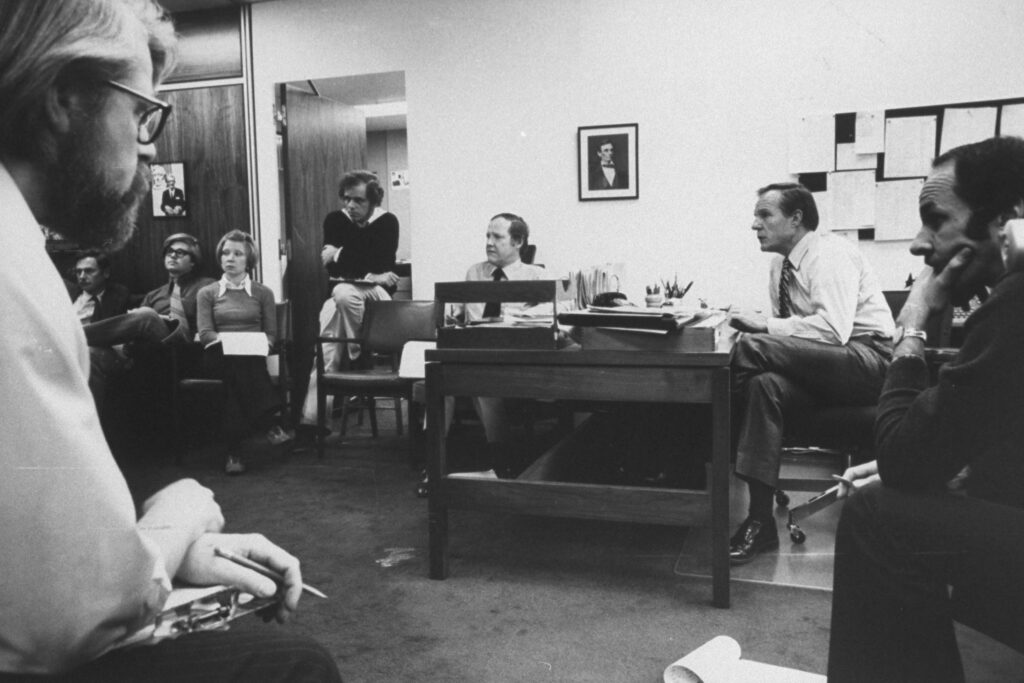