David Douglas Duncan reviewing a contact sheet from one of his assignments from the Korean War. (Photo by Gjon Milil /The LIFE Picture Collection © Meredith Corporation) 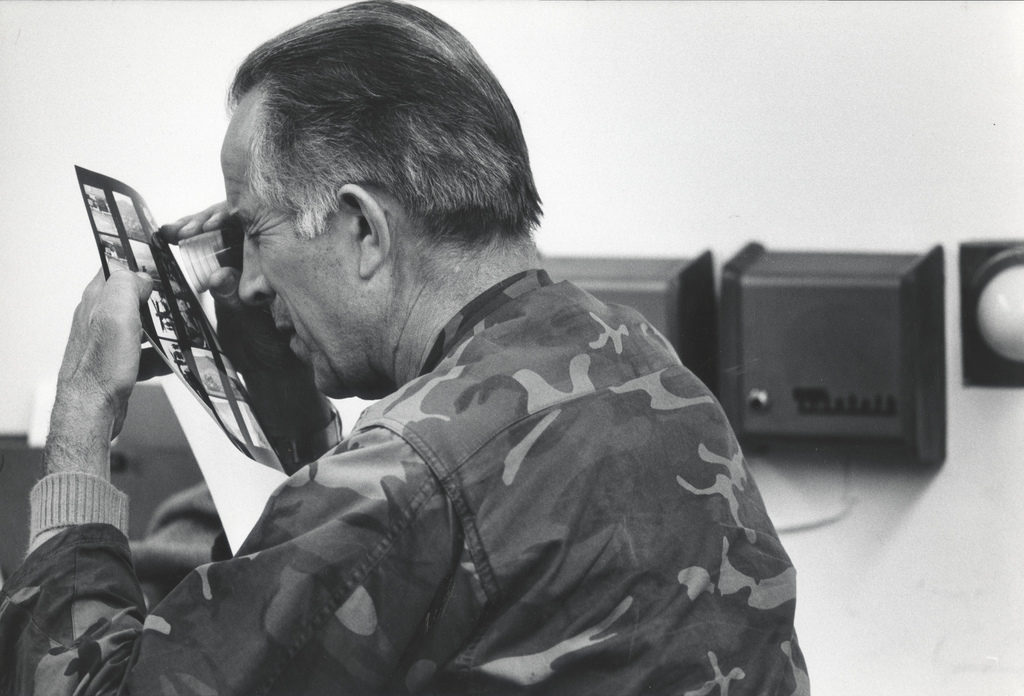 David Douglas Duncan reviewing a contact sheet from one of his assignments from the Korean War. (Photo by Gjon Milil /The LIFE Picture Collection © Meredith Corporation)

As an 18-year-old at the University of Arizona, David Douglas Duncan (1916-2018) raced with his 39-cent Bakelite camera to a hotel fire and took a photo of a man desperately rescuing a suitcase from the blaze. The next day he read that the man was John Dillinger. The episode became for Duncan “the most significant single move of my life,” and helped create one of the century’s foremost photojournalists. His oeuvre covers a great range of subjects, but it is his war photography and his monumental study of Pablo Picasso that ensure his reputation. Duncan joined the Marines in World War II; he was on the USS Missouri to record the Japanese surrender. He became the signature photographer of the Korean War, and produced a stunning book on Vietnam called I Protest. “I wanted to show the way men live and die when they know death is among them.” 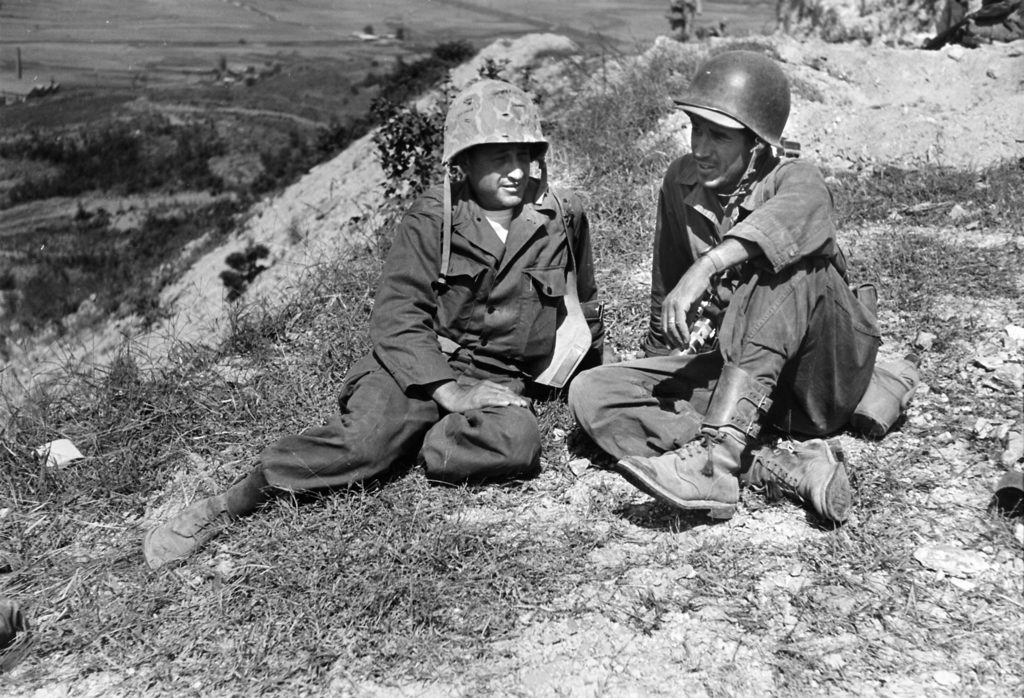 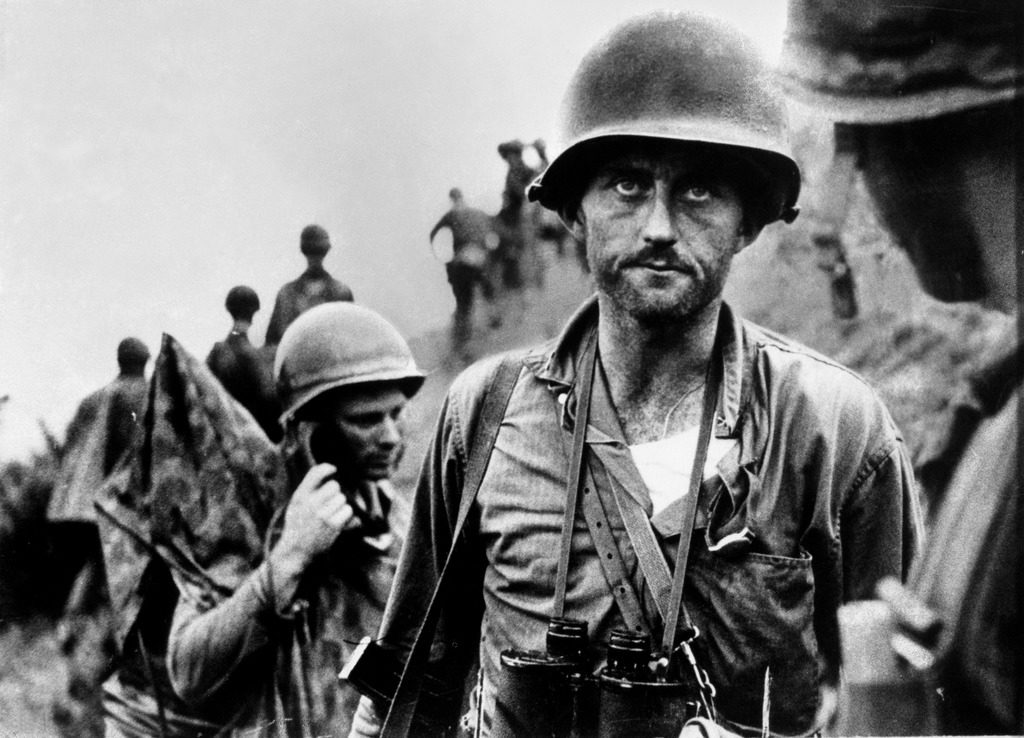 US Marine Captain Francis “Ike” Fenton in despair as he is told that his company is almost out of ammunition while trying to hold off a heavy counter-attack by North Korean forces. (Photo by David Douglas Duncan /The LIFE Images Collection)

In Korea in 1950, Marine Captain Fenton ponders his fate and the fate of his men during an enemy counterattack. He has just been told that his company has lost radio contact and is nearly out of ammunition. Corporal Hayworth, who serves under Fenton, shows his utter frustration as he has crawled back from his position only to learn that the ammo to gone. Coda: At the last moment, supplies arrived and the men were able to hold their position. 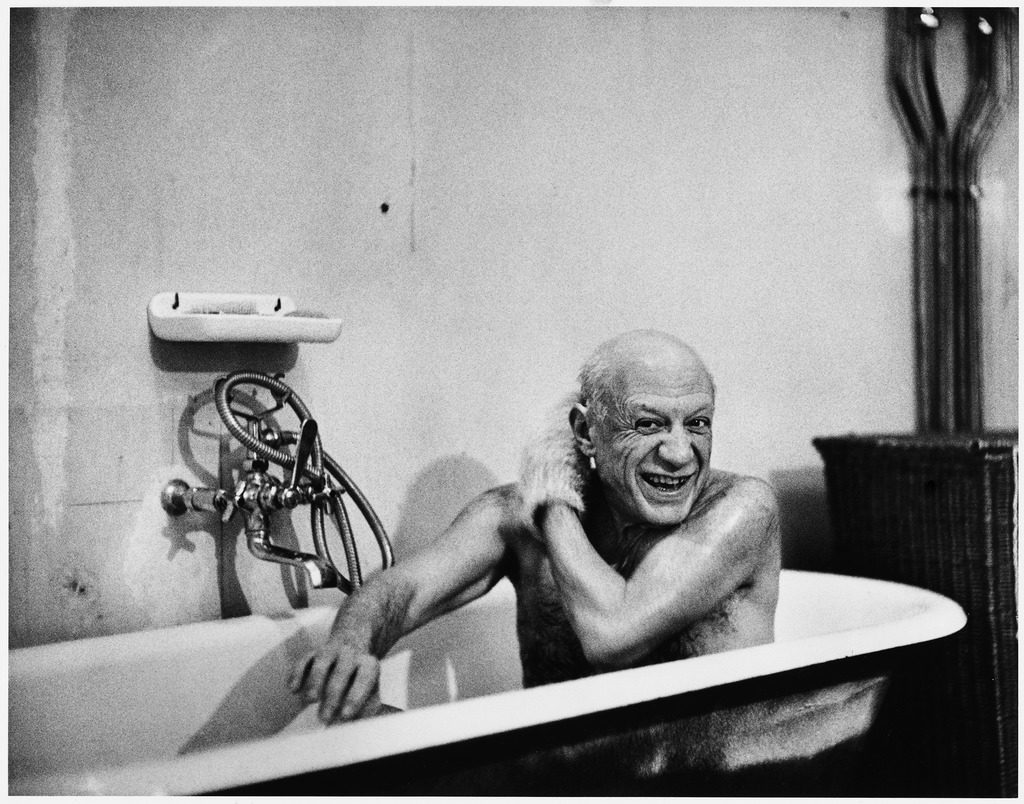 Artist Pablo Picasso taking a bath at his Riviera villa.

A 17-year friendship began In 1956 when Picasso invited Duncan to spend a couple of months at his Riviera villa. Not long after, Picasso asked Duncan if he wanted to meet some of his “friends,” and led him into a room brimming with paintings. Over the course of their relationship. Duncan took more than 10,000 photographs of the towering artist, whom he called “a great Spanish gentleman. A guy I respected, I loved.”

Duncan’s personal archive is at the Harry Ransom Center in Austin, Texas. 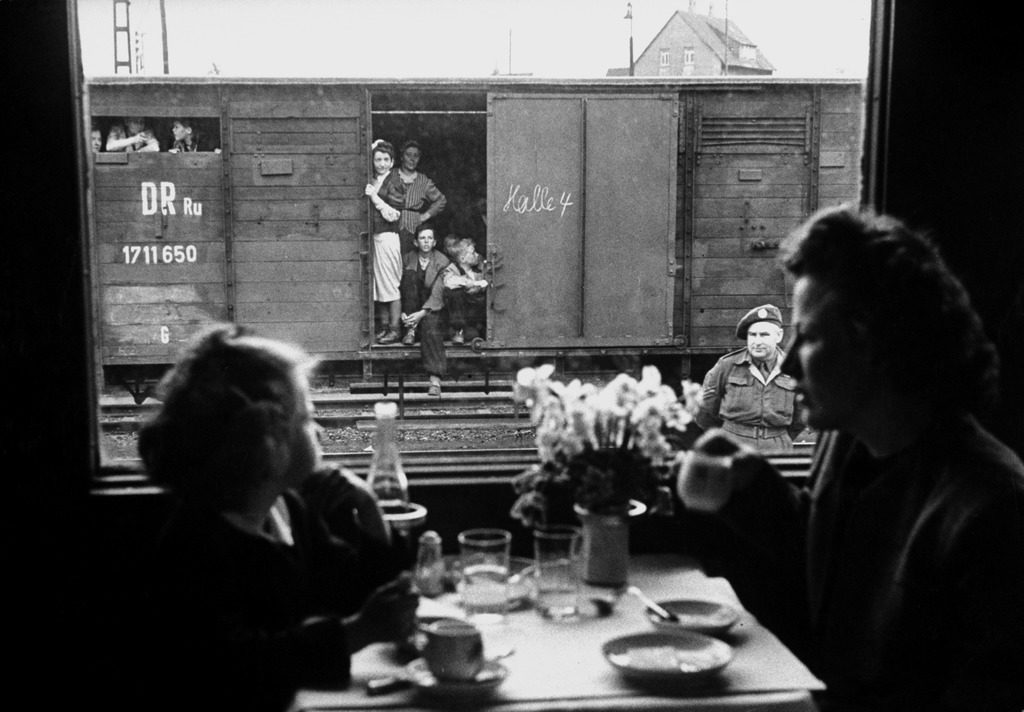 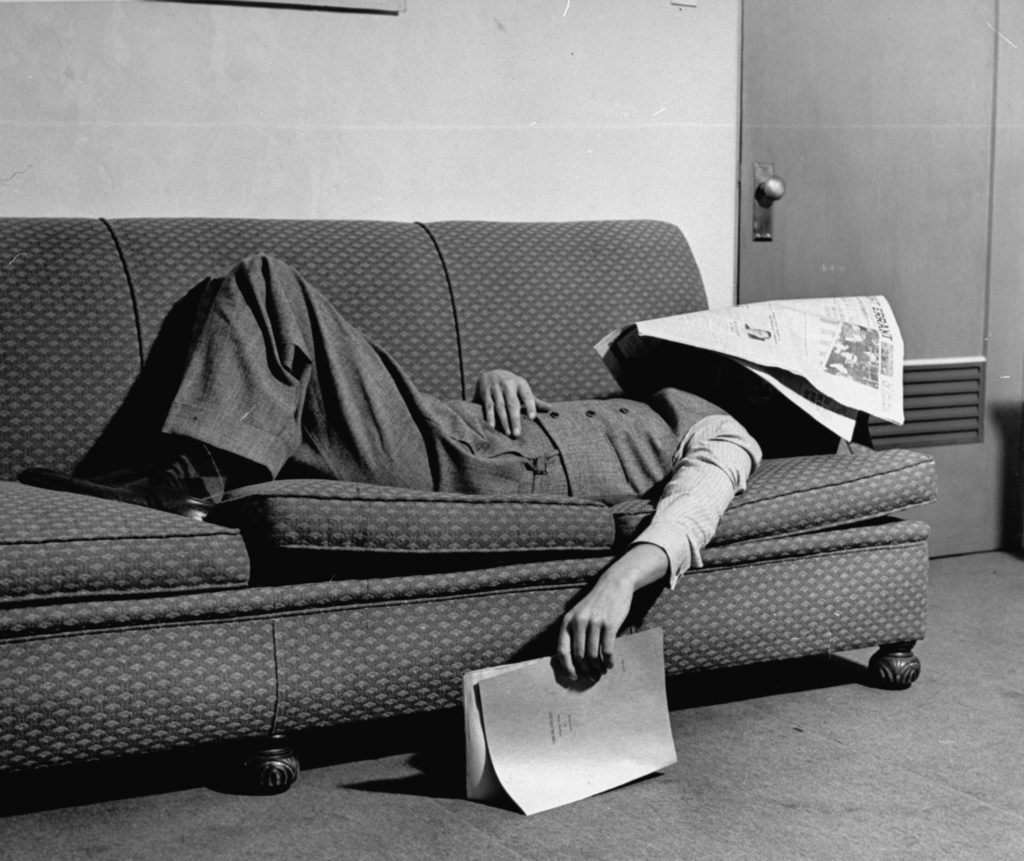 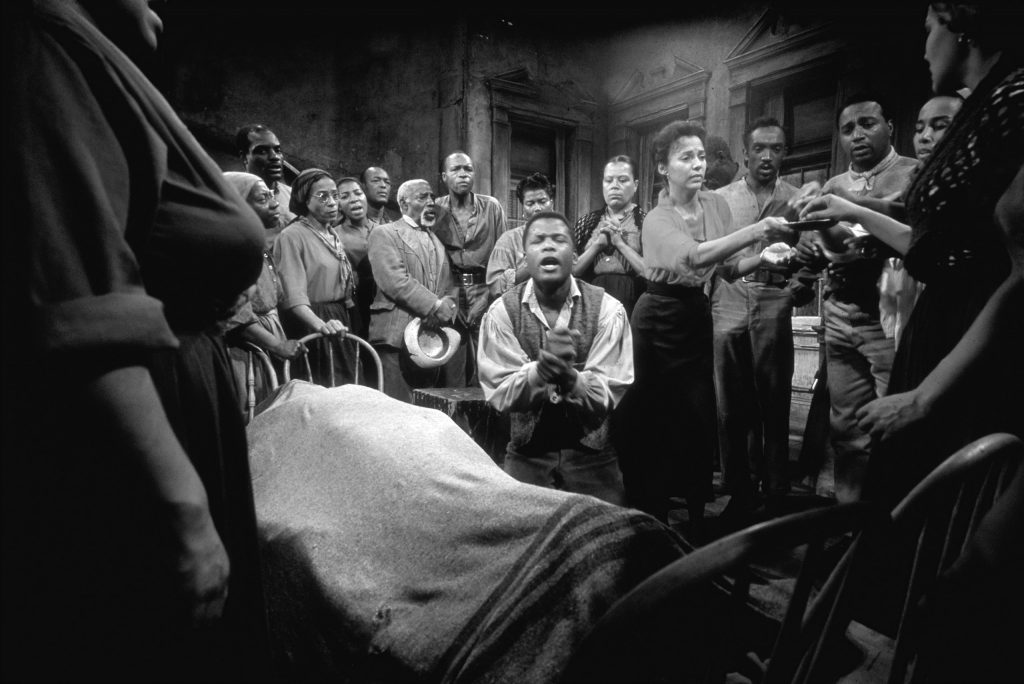 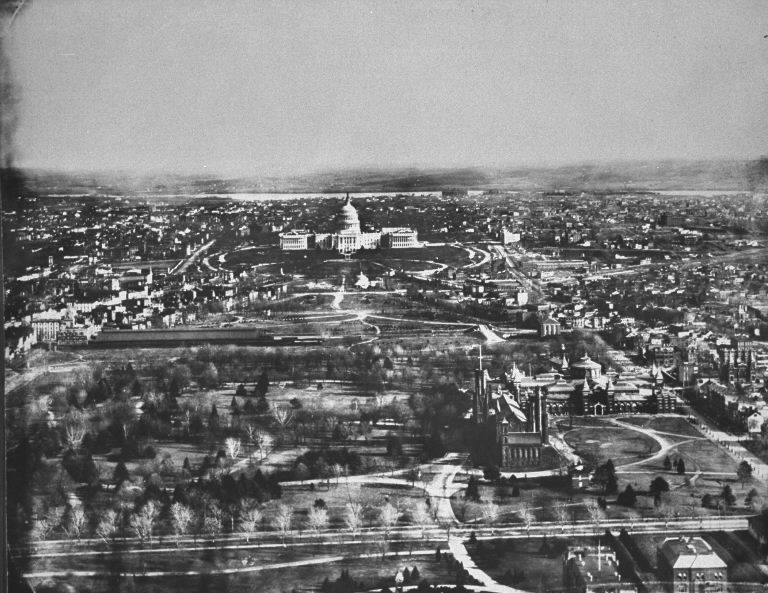 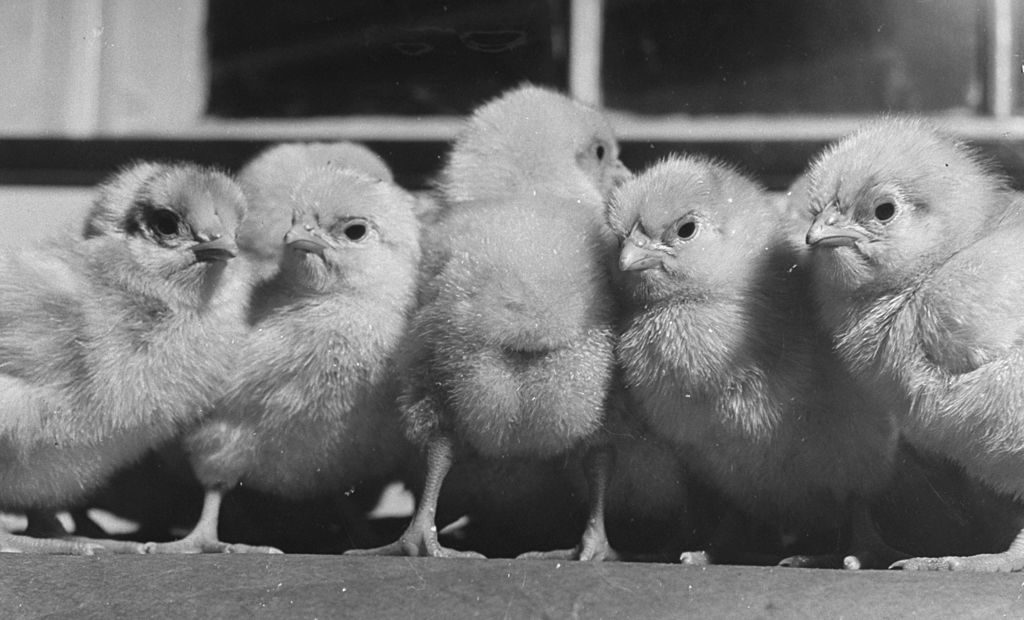