The Enduring Appeal of Santa

Shortly before Christmas several years ago, there erupted a cable-and-Internet fueled firestorm, a furious debate among television pundits and talk-show hosts, print and online pontificators, and doubtless more than a few families across the dinner table. This great American outrage was ginned up over the nature of Santa Claus.

The precipitating event was an essay on Slate.com by Aisha Harris, a black journalist. As a child had asked her father whether Santa was “brown, like us? Or was he really a white guy?” With Solomonic wisdom, her dad replied “that Santa was every color. Whatever house he visited, old St. Nicholas magically turned into the likeness of the family that lived there.” Still, the adult Harris lamented, Santa’s pervasive images remained “melanin-deficient,” even as America grows browner and more diverse. As a result, she argued, non-white children grow up with just another reason to feel like alienated outsiders. And so, Harris offered a modest proposal: Rebrand the yuletide icon as an animal, like the Easter Bunny—perhaps a penguin, a creature beloved for its cuteness and, like Santa, from a snowy homeland.

For some, those were fighting words. Directly addressing any children in her prime-time demographic, one incensed and exasperated (blonde) network anchor blurted out “Santa is just white.” Things escalated from there, as other commentators on other networks lashed back. For one thing, the original St. Nicholas is believed to have come from Asia Minor—present-day Turkey—and would, in all likelihood, qualify as a person of color. For another thing—well, it’s Christmas. Can’t we all just get along.

The kerfuffle underscored our intense emotional, and personal, investment in Santa Claus. He is one of the most powerfully enduring of all cultural symbols, and perhaps the most beloved. We call him Santa, Saint Nicholas, Kris Kringle, Sinterklaas, Father Christmas and many other names. He’s taken numerous forms over the course of a history that dates back almost two millenia.

Granted, Santa has always demanded of his believers a gargantuan leap of faith. How much must all those gifts weigh? And how fast must he have to travel? Estimates range greatly—perhaps 2 million miles an hour? Perhaps six million miles an hour? In any case, Santa flies faster than anyone else we know, by a lot. Plus: Flying reindeer?

Of course, there are more than a few Santa deniers (just as there are folks who say that true love doesn’t exist.) Indeed, the question of whether to allow one’s children to believe in Santa at all has sparked—you guessed it—furious debate. A 2016 study in the British journal The Lancet warned that promoting Santa-ism could be detrimental to the parent-child relationship. “The Santa myth is such an involved lie, and such a long-lasting one, between parents and children,” said co-author Kathy McKay, a clinical psychologist at the University of New England, in New South Wales, Australia. “If a relationship is vulnerable, this may be the final straw. If parents can lie so convincingly and over such a long time, what else can they lie about?”

On the other hand, many experts maintain that fantasy and imaginative play are important aspects of child development. Kids will encounter harsh disappointment in real life soon enough—far too soon, in many cases. Why not give them a few years to believe in this joyous spirit of benevolence?

I believed in Santa far longer than most kids—I had a hyperactive imagination and an aversion to reality. Eventually, reason and logic did win out. But instead of dampening my spirits, it filled me with love and gratitude to realize that my parents took time and care to brave the crowds at Sears and Montgomery Ward to find me just the right toy or gizmo. My father’s sudden death, not long after my 17th Christmas, gave the holiday an even more potent force and poignance. He and Mom were Santa—the spirit that sent their little boy bounding down the staircase on the morning of December 25, my gleaming eyes all the gift they needed in return. That was the real magic. — by Richard Jerome, from LIFE’s special issue devoted to Santa Claus.

What follows is a selection of images from LIFE’s The Story of Santa. 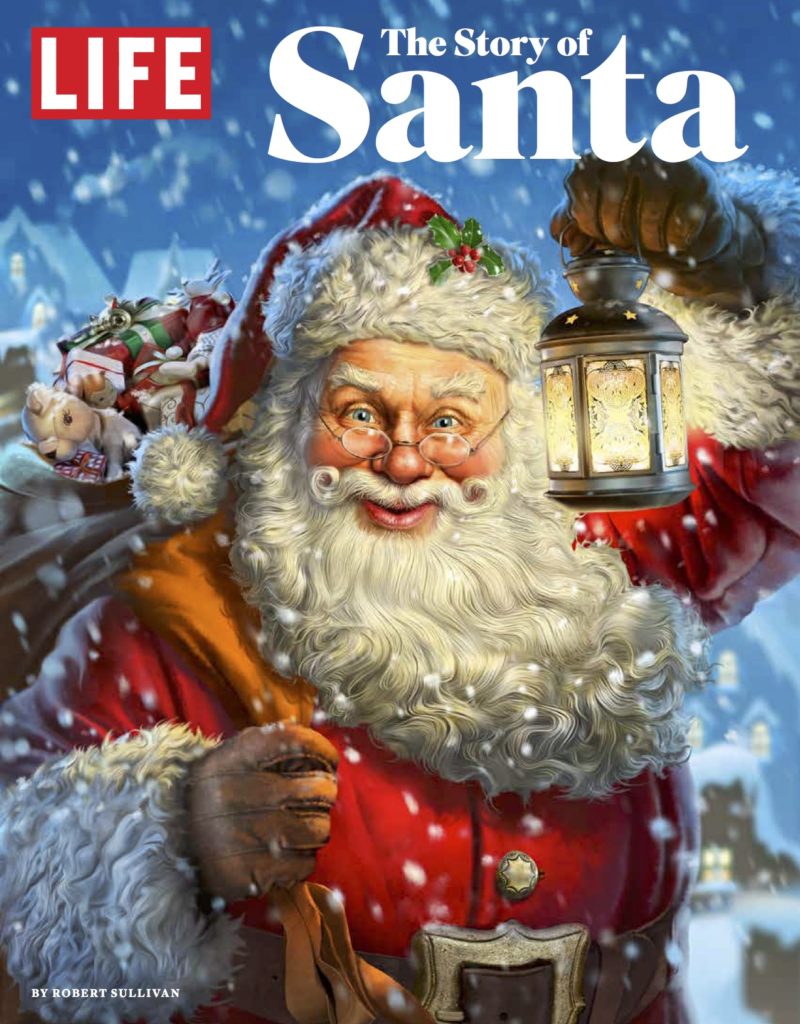 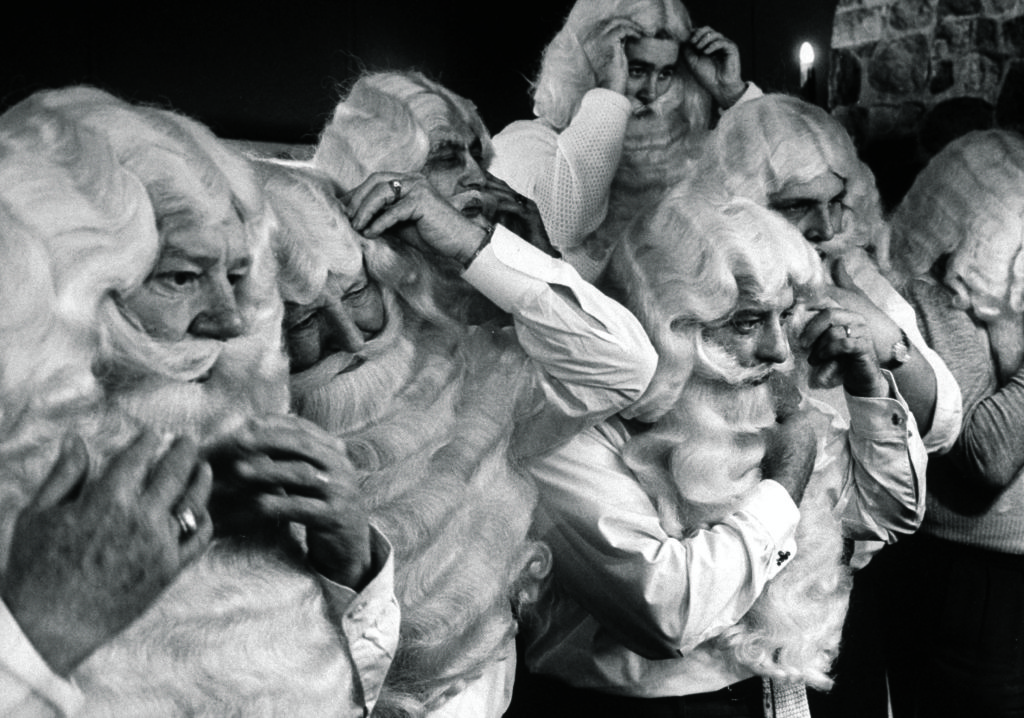 At this 1961 Santa Claus school, men in search of department store work learned how to wear their wigs. 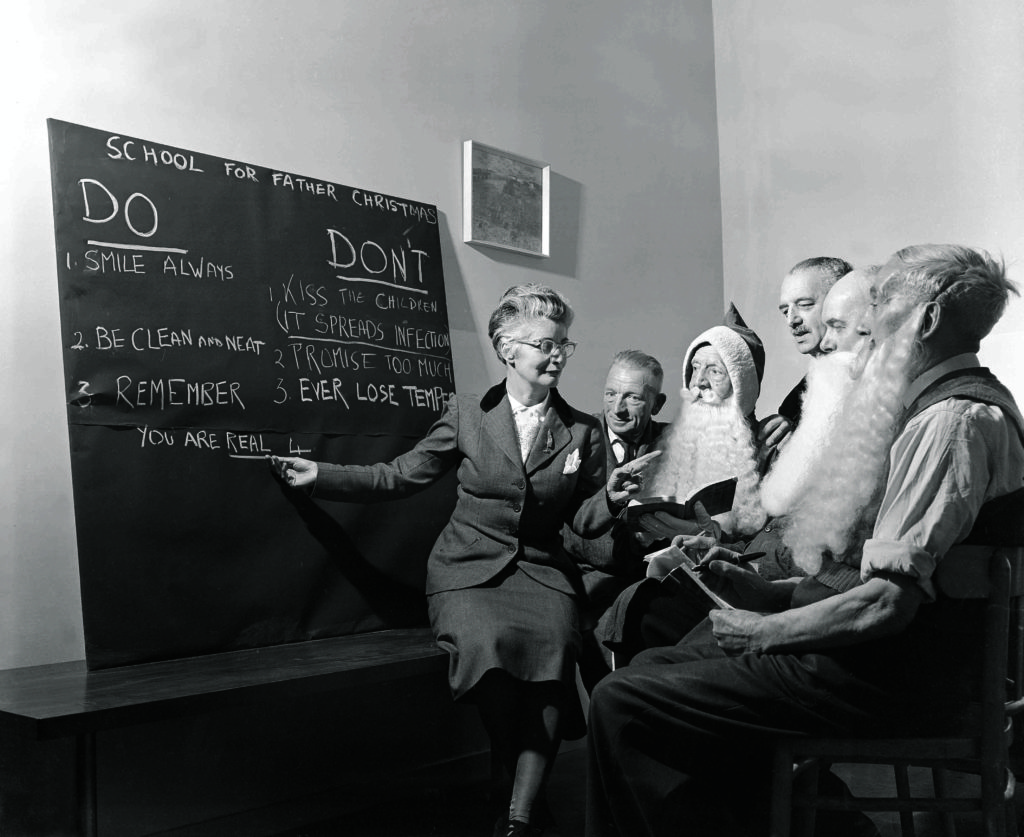 At another school for Santas in 1957, Dr. Amy Cohen instructed would-be Clauses on etiquette. 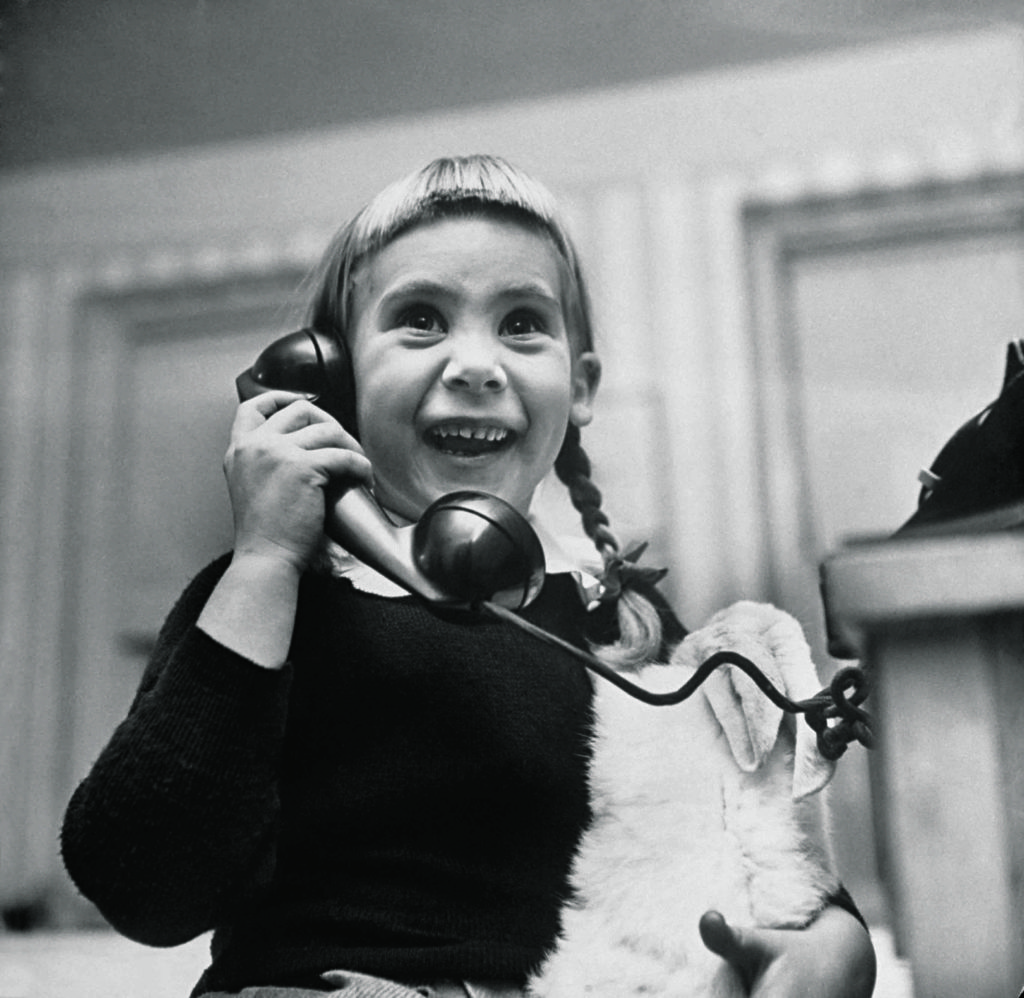 A young girl talking to Santa Claus on the telephone. 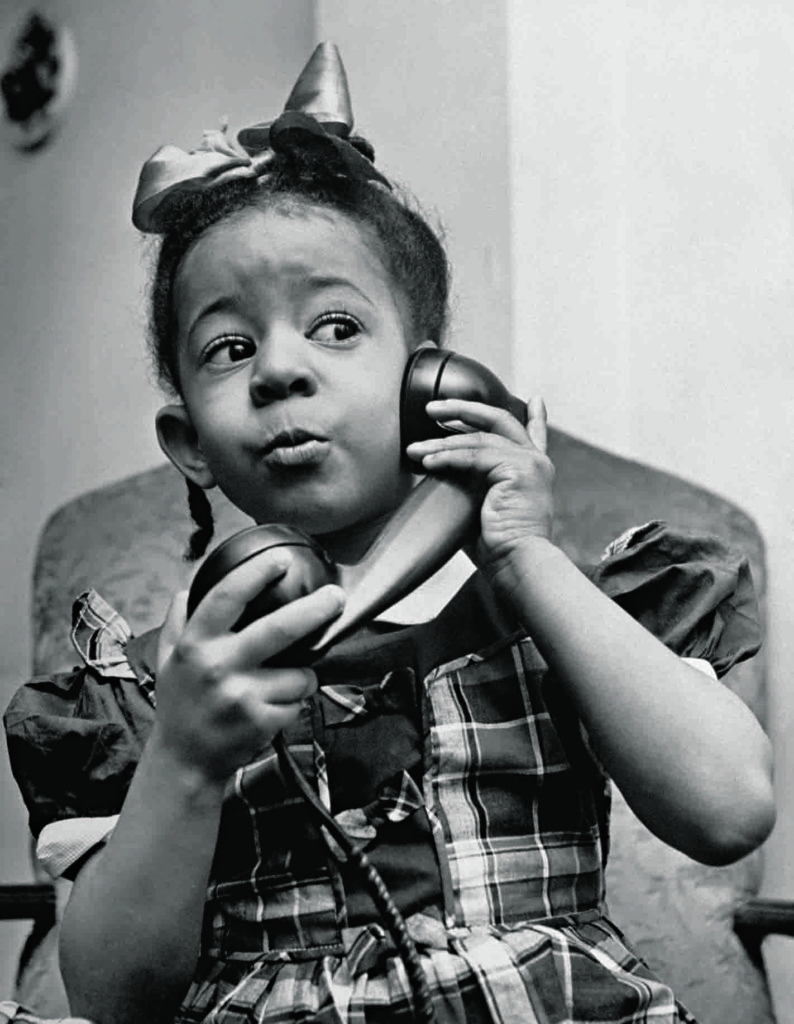 A young girl talking to Santa Claus on the telephone. The phone line was a promotion from the FAO Schwarz toy store. 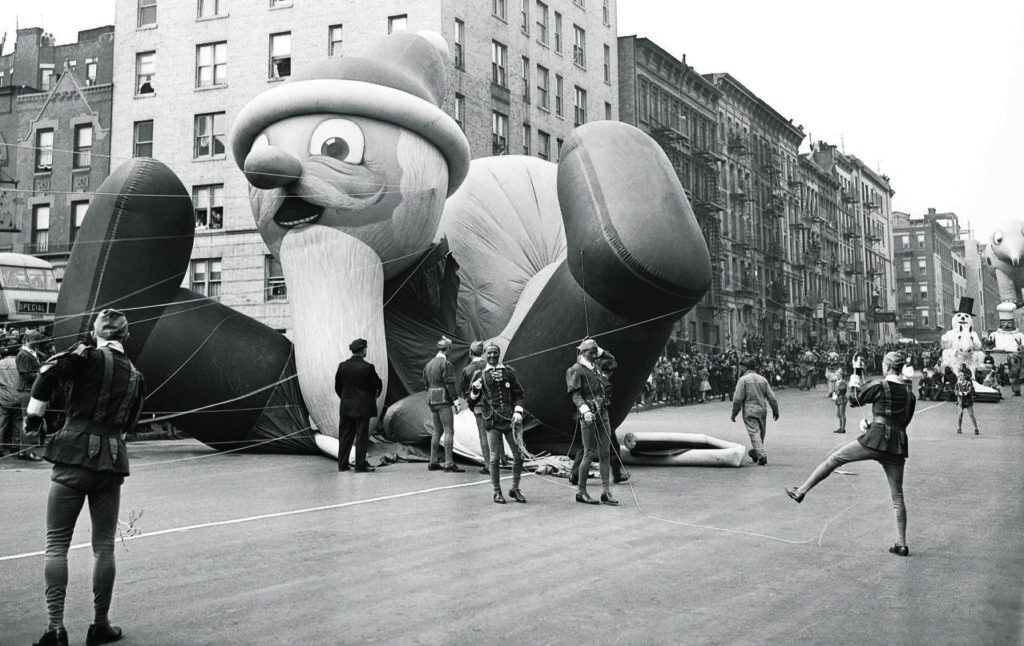 Santa dropped in on the 1941 Thanksgiving parade in New York City. 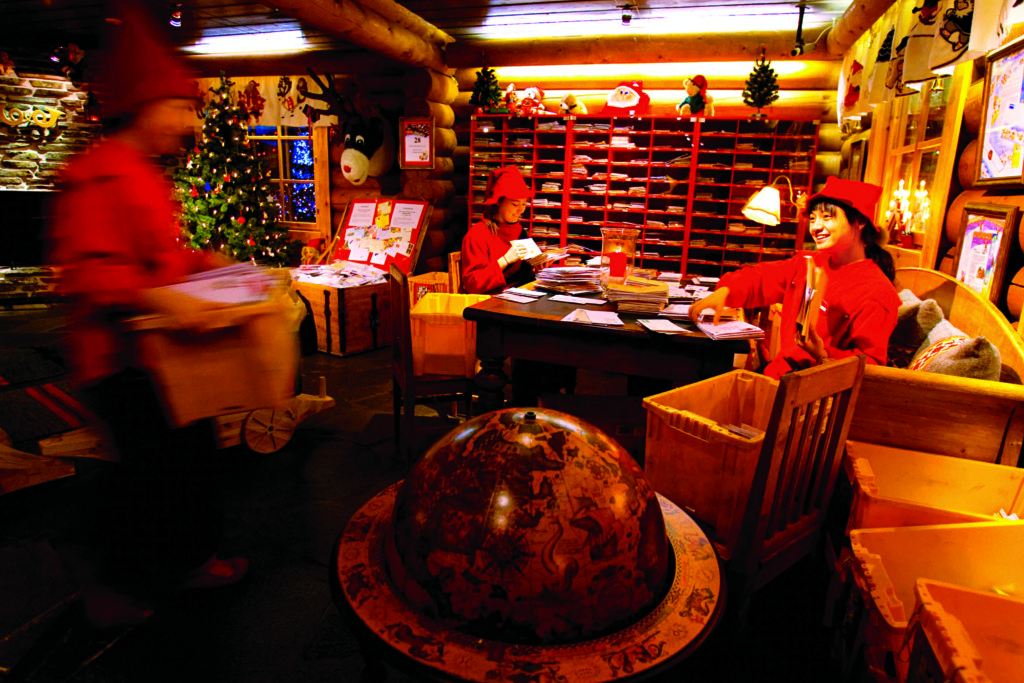 In Rovaniemi, Finland in 2006, workers dressed as elves sorted through letters addressed to Santa Claus. The staff members spoke many languages and tried to reply on Santa’s behalf to the hundreds of thousands of letters sent by children in 150 countries. 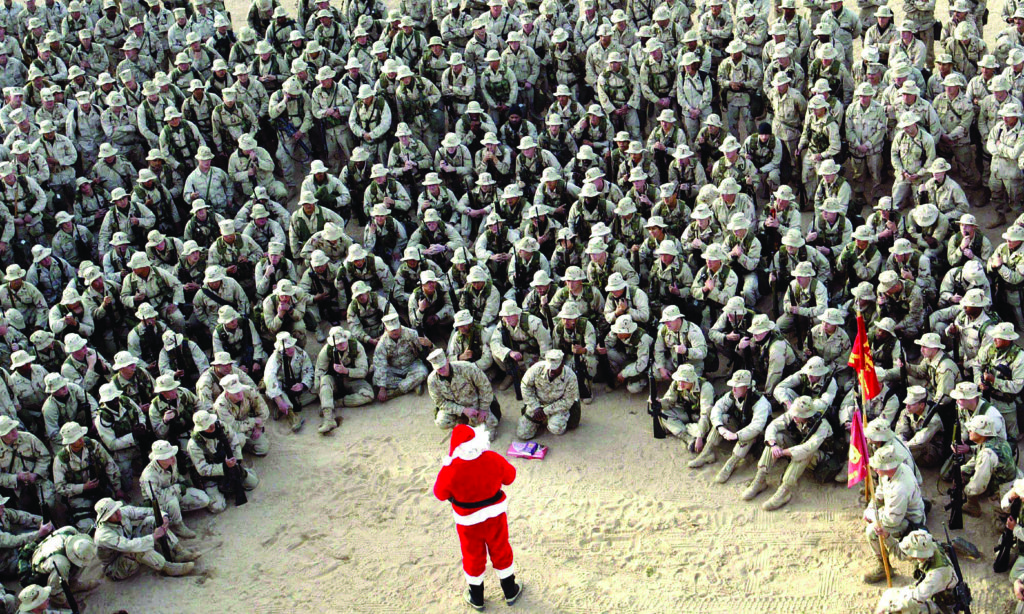 Hundreds of U.S. Marines gathered at Camp Commando in the Kuwait desert during a Christmas eve visit by Santa Claus in 2002. 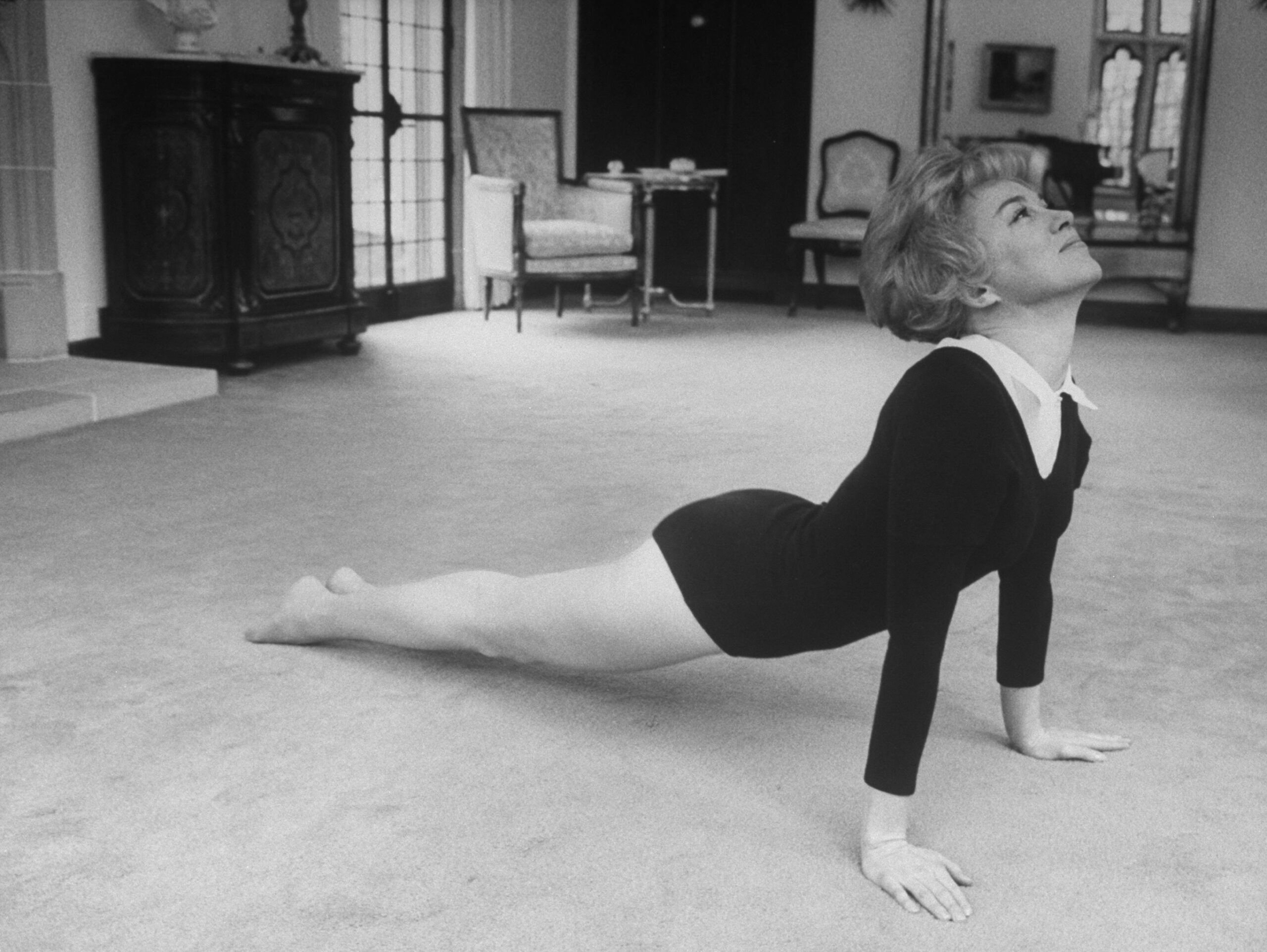 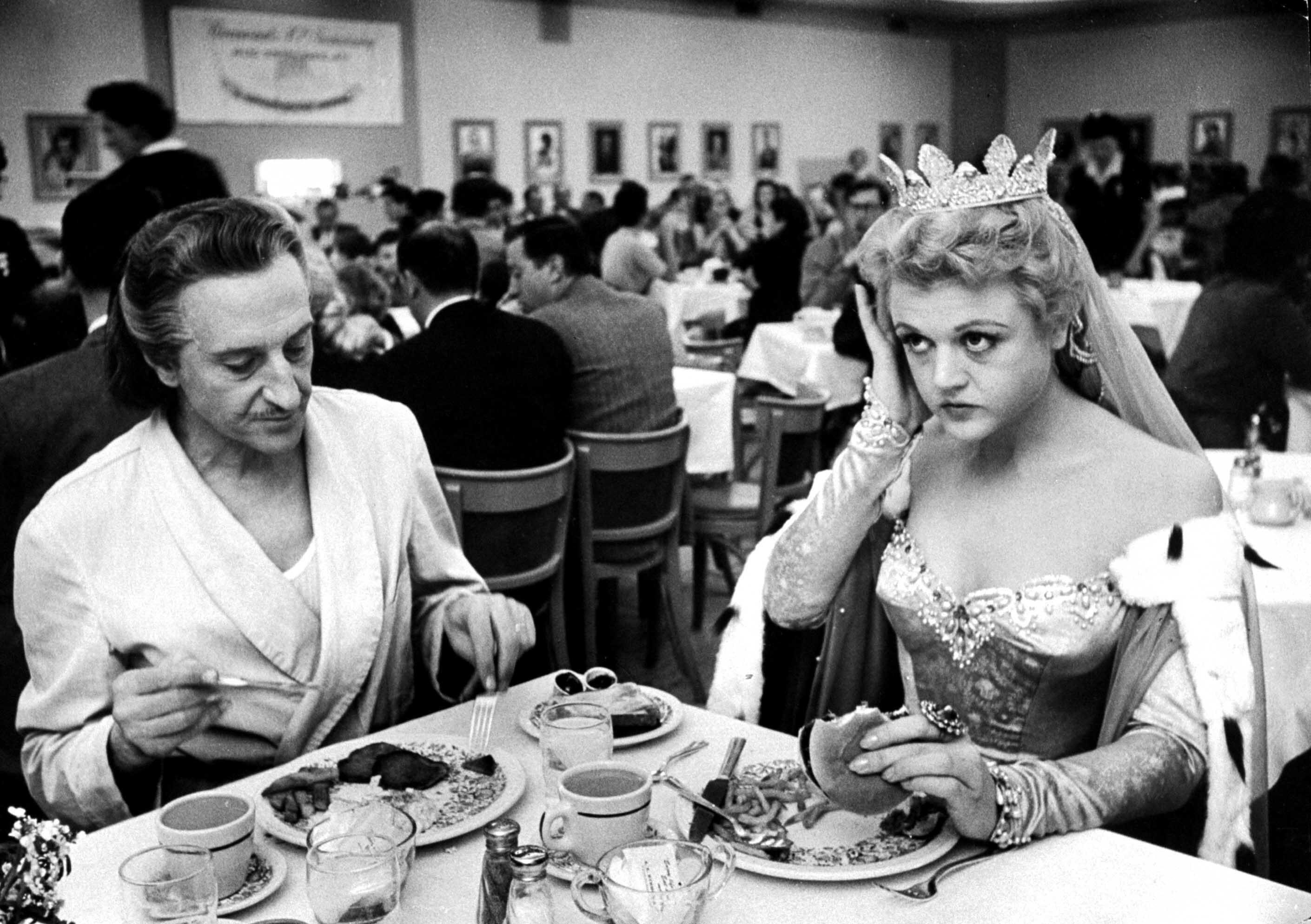 The American Way of Lunch 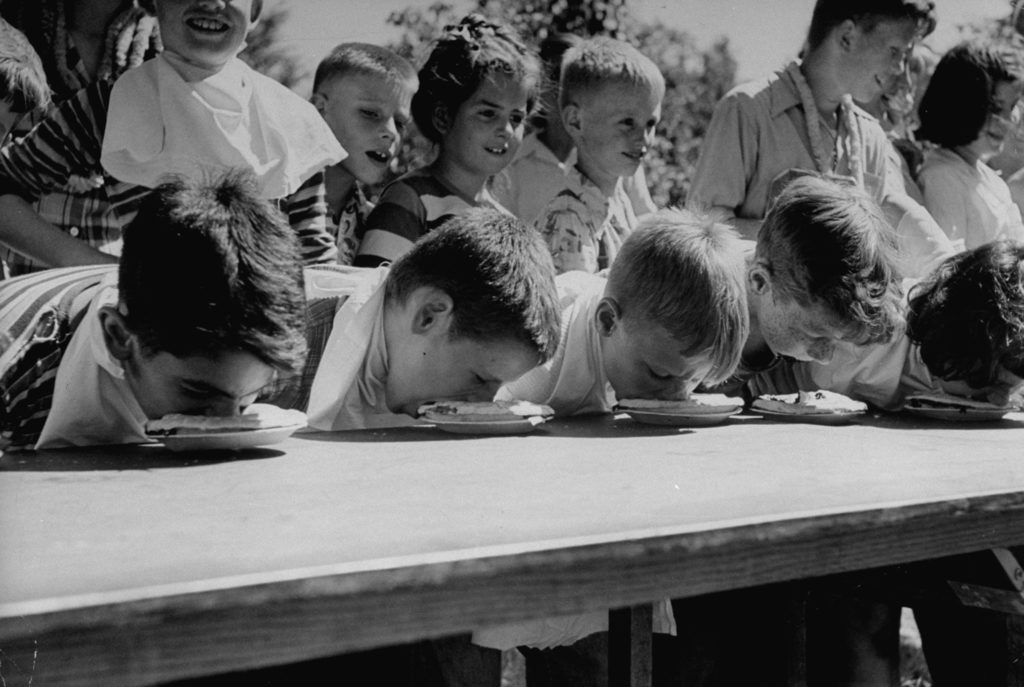