The Leopard and the Baboon: Anatomy of a Classic (Staged) Photo

A staff photographer for LIFE for more than 20 years, the late John Dominis photographed . . . well, everything, and he made some of the most memorable pictures to ever grace the pages of LIFE. Among his most famous shots, in a career filled with phenomenal work, is a hair-raising portrait of a leopard and a baboon, seen mere moments before the huge cat kills its terrified prey. It’s an explosive, unsettling and mesmerizing picture. And it was staged.

Or, more accurately, it was not quite the utterly impromptu scene encountered, fortuitously and unexpectedly that one might expect to find in a classic photograph, especially from a photojournalist of Dominis’ rightly celebrated bona fides. Instead, the picture was set up, in accordance with the practices of the time.

Another LIFE great, the photographer John Loengard, interviewed Dominis in October 1993, and quoted him discussing this very picture in the book, Life Photographers: What They Saw (Bulfinch Press, 1998):

I had photographed some animals before [Dominis noted], though I certainly wasn’t a cat expert. Pat Hunt, the head of LIFE’s Nature department, lined up a hunter in Botswana who was a hunter for zoos. He had caught a leopard, and he put the leopard in the back of the truck, and we went out into the desert. He would release the leopard, and most of the time the leopard would chase the baboons and they would run off and climb trees. I had photographed all this. But for some reason one baboon didn’t get off. It turned and faced the leopard, and the leopard killed it. We didn’t know that this was going to happen. I just turned on the camera motor, and I got this terrific shot of this confrontation.

What’s your feeling about injecting yourself into the natural order of things to get pictures?

There was a different feeling about that in the 1960s. We were always setting up pictures of some sort . . . But now there are many, many more competent photographers doing this stuff over long periods of time four or five years if a scientist is on a big study. They’re getting good stuff without helping the picture. But no one was working that way then. Scientists couldn’t handle the crude cameras that we had well enough to get good stuff.

I felt that my job was to get the pictures. I learned how to bait animals and do things from the experts in Africa. We shot a gazelle and put it in a tree and waited for a cat to come. I didn’t feel bad about it at all. It sounds terrible now, I know, and maybe my attitude would be different now. But it wasn’t then, and I don’t know what more to say about it. I know, I’ve been criticized a lot. But to me, I had to do what I did.

Does the fact that this extraordinary image is not, in today’s terms, a purely naturalistic feat of photojournalism somehow detract from its power? Is the leopard’s implacable strength any less formidable, or its lethal grace any less awe-inspiring? Is the photograph itself, technically and aesthetically, any less impressive when we learn that the circumstances under which it was made were even in part manufactured?

We don’t have the answers to these questions. But we feel they’re worth asking. We also take John Dominis’ word for it when he says that he made the picture in good faith, and not with the intention to somehow deceive, or put one over on the viewer. In the end, the harrowing, beautiful photograph he made has earned its longevity. 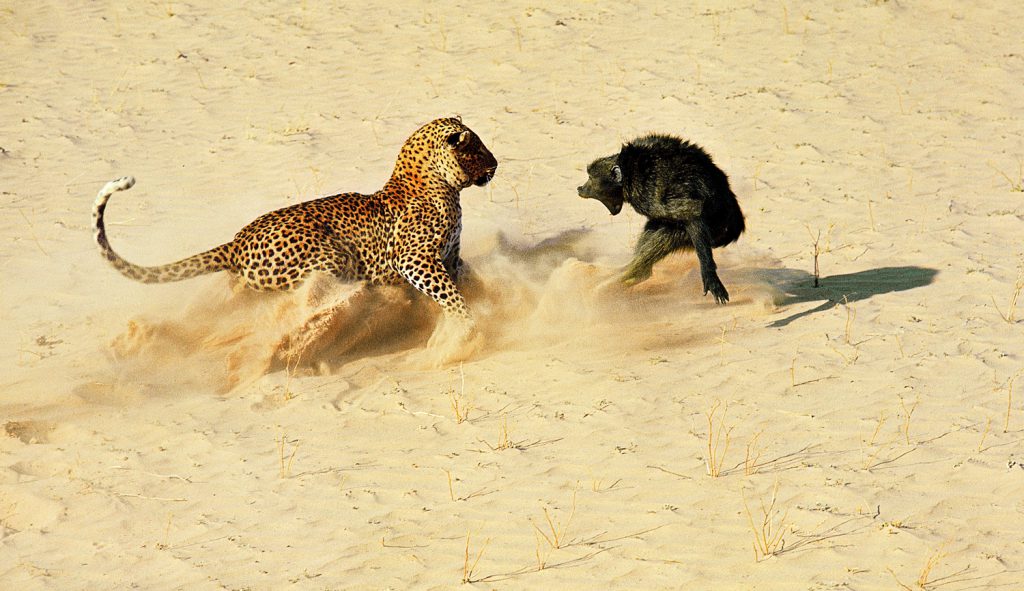 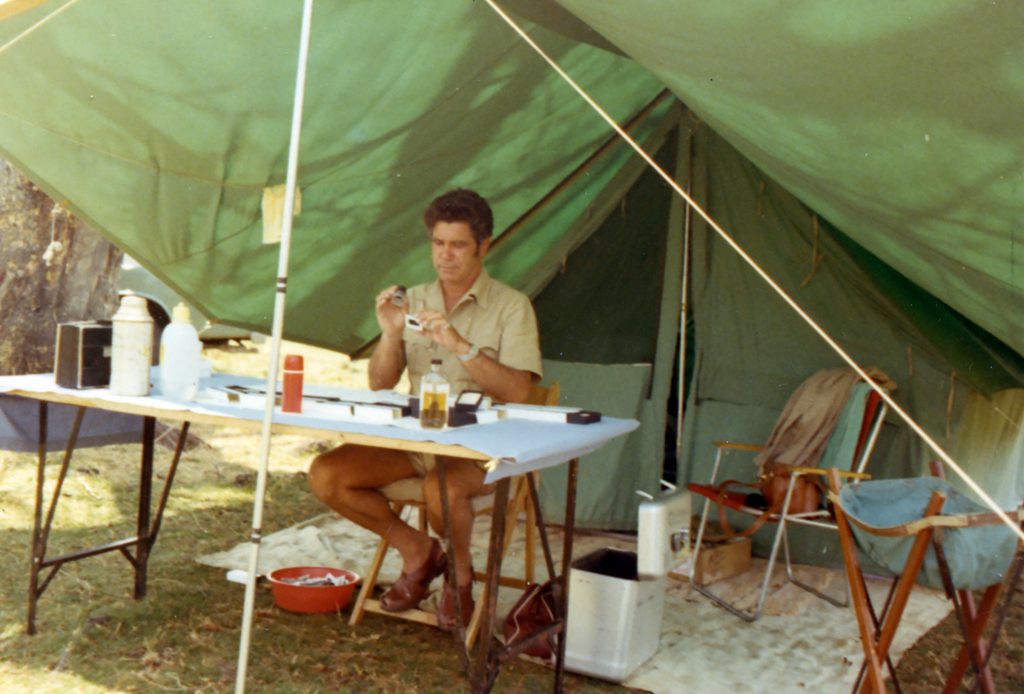