We Were Here: Graffiti and the Human Cry for Connection

All people, everywhere, share one elemental characteristic: sooner or later, we all die. But along with that shared mortality comes another, perhaps less-bleak, common thread: the urge to leave a mark, a personalized stamp on the world, so others will know we were here.

Photographer Vernon Merritt III captured a manifestation of this innate human need in a picture he made in New York City in 1969. The movingly straightforward message of the graffiti in Merritt’s photo “Kevin was here” suggests a longing, at its core, for human connection. It’s also reminiscent of the graffiti left around the globe by U.S. troops during World War II, “Kilroy Was Here,” which made its way into the popular culture of the time. (LIFE magazine even ran an ad at one point mentioning that servicemen took solace in knowing that wherever they went, “Kilroy” was there, too.)

Today, in a world increasingly dominated by technology, countless people seem to feel they exist only as long as their status updates and tweets are seen and “liked.” And yet, despite the online noise, some of us still embrace traditional ways to make ourselves seen, and heard. From faceless, rebellious teens (and preteens, and even adults) keeping old methods alive tagging buildings, bridges, and other structures to megastars like Beyoncé, with her haunting song, “I Was Here,” humans continue to leave their mark. In the Digital Age, tangibility might be dying away but the cry for acknowledgement and connection remains very much alive.

Katie Yee is a native New Yorker, an undergraduate studying Literature and Psychology at Bennington College, and an editorial assistant at Tweed’s Magazine of Literature & Art. 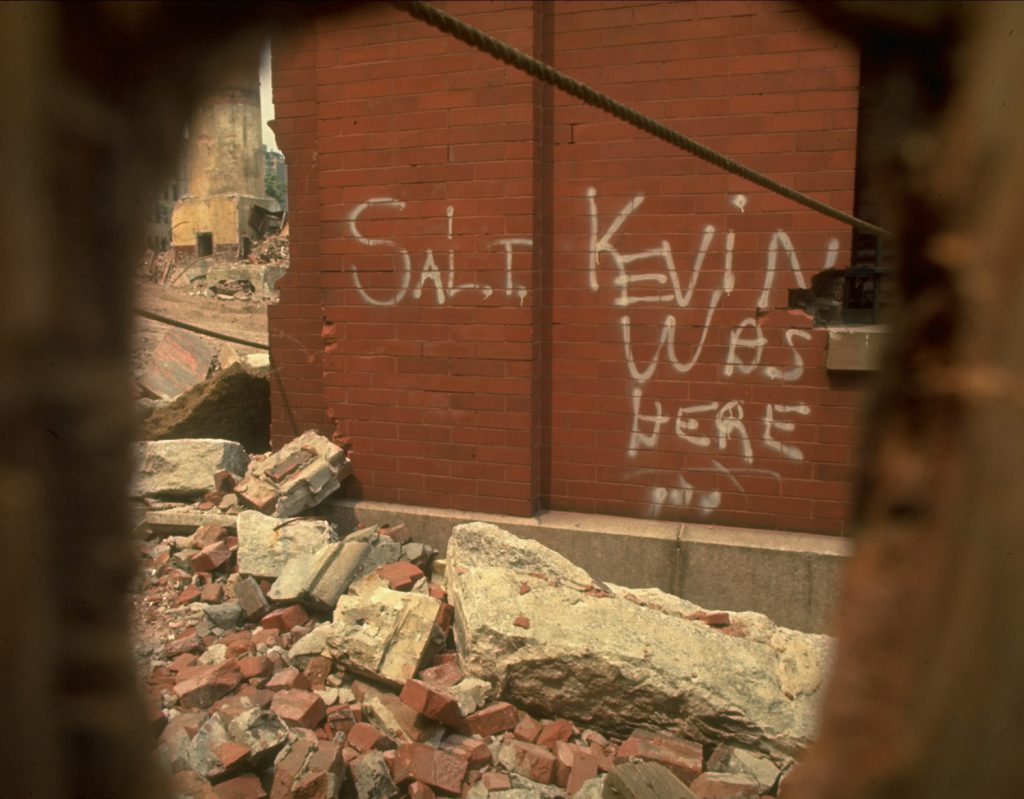