When College Boxing Packed ‘Em In

Not so much now, but once upon a time college boxing was a really big deal, and a high profile NCAA enterprise. When LIFE wanted to document the sport in 1949, the obvious place to go was the University of Wisconsin. The Badgers were the sport’s dominant program, winning eight national titles and hosting seven NCAA tournaments from the years that college boxing was an official sport, from 1932 to 1960. The story never ran in LIFE, so these photos by George Skadding are being shown here for the first time. 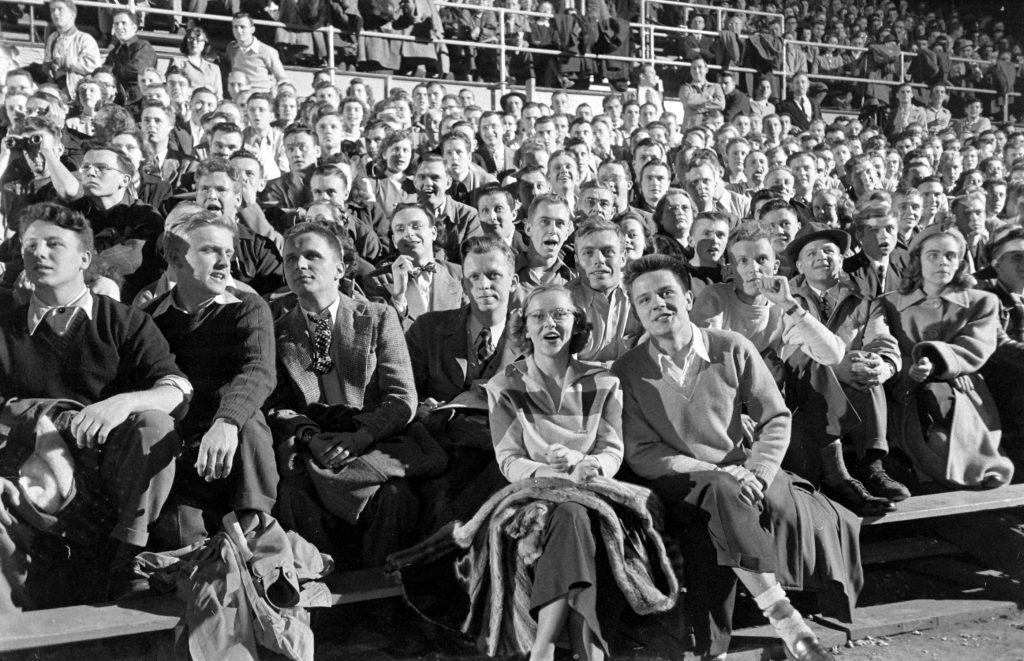 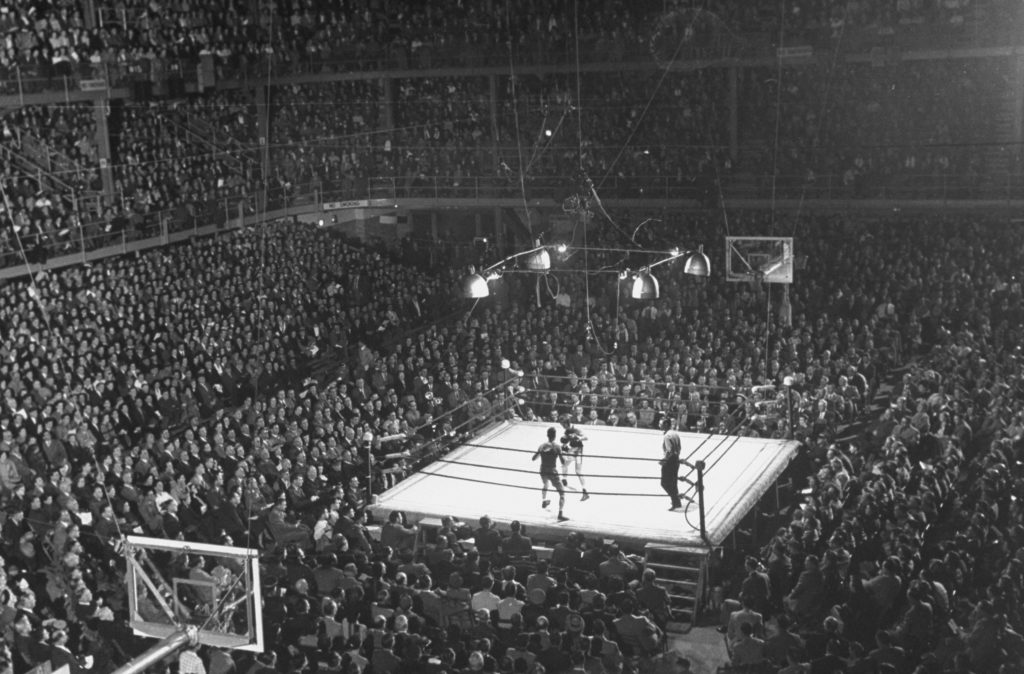 Boxing matches in Madison, held in the school’s basketball arena, routinely drew more than 12,000 fans, with a record 15,200 people attending a bout against Washington State in 1940. 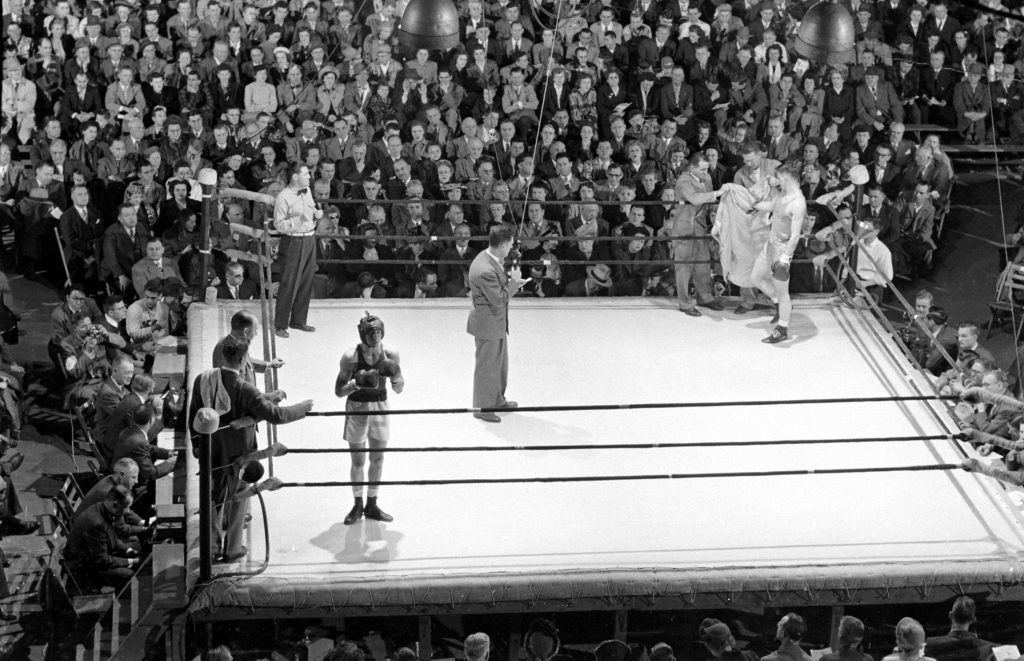 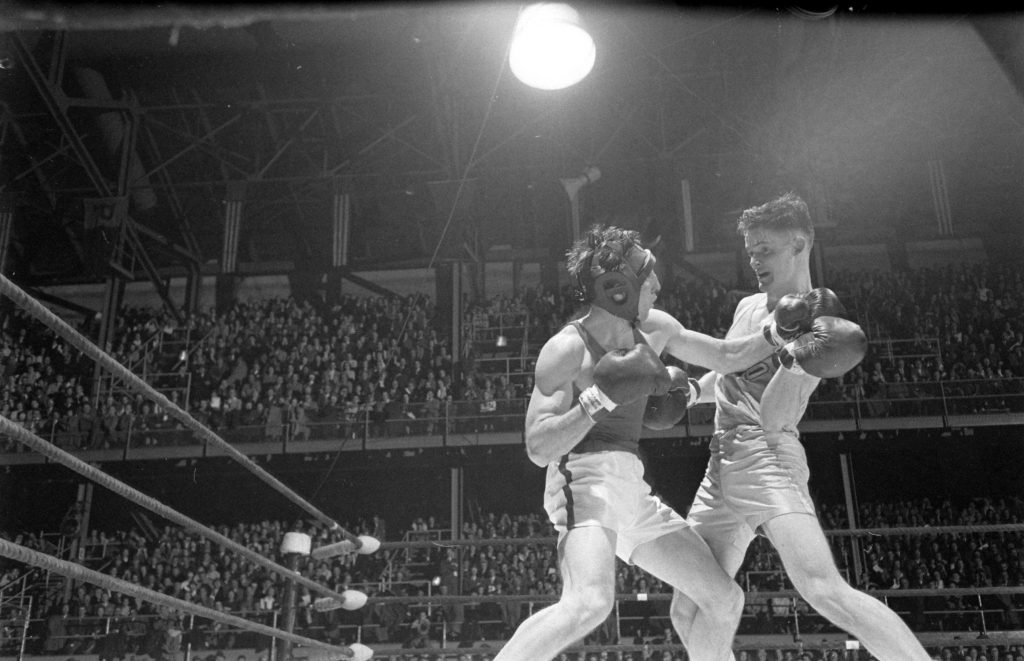 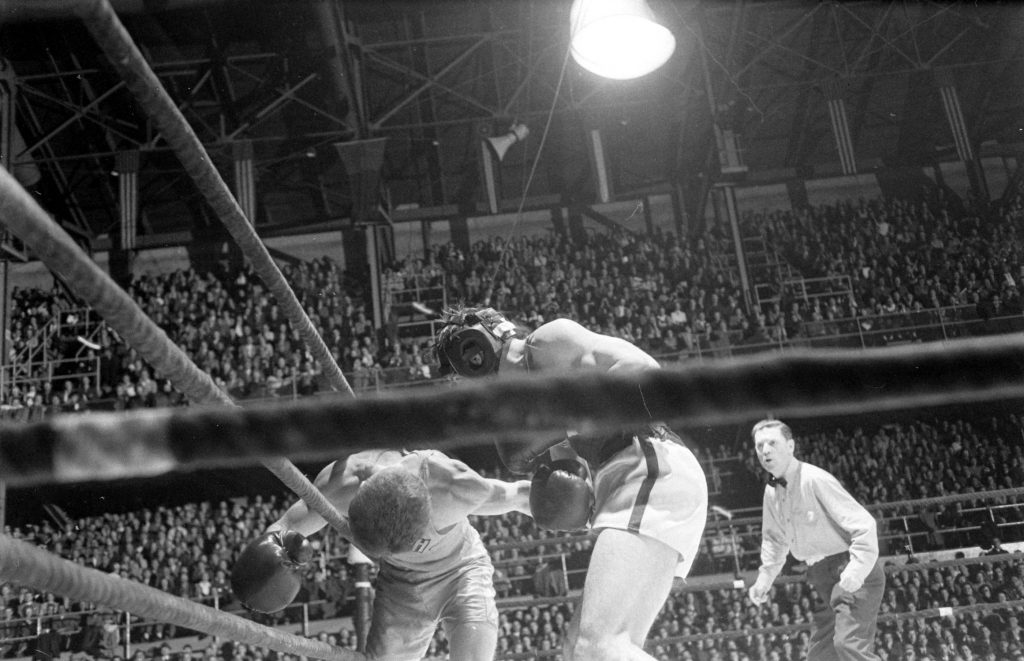 In these photos, a boxer from Wisconsin takes on a fighter from the University of Idaho. That might sound like a mismatch, given Wisconsin’s aforementioned dominance, and these pictures do show the Badger getting in his licks. But Idaho was another of the sport’s power programs. The Vandals won three national championships in boxing, tied with San Jose State for the second most all-time. Another gem state school, Idaho State, won two national titles as well. 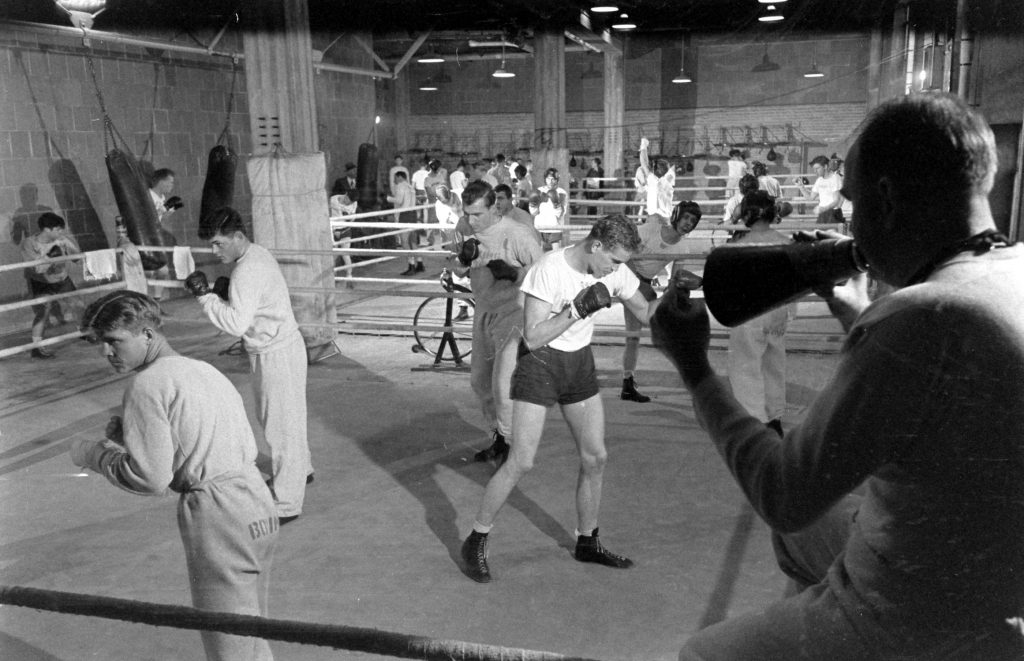 It can be safely said that Wisconsin’s John Walsh was the greatest college boxing coach. A former Golden Gloves champion himself, Walsh became the Wisconsin coach in 1934, and his boxers won 35 individual titles in addition to their eight team titles. Walsh led the program until 1958, which was just a couple years before college boxing, from an NCAA standpoint, met its demise.

By 1960, Syracuse was the only eastern school to send a team to the national tournament. During the tournament a popular Wisconsin boxer, Charlie Mohr, collapsed in the dressing room and never regained consciousness. He died eight days later. (Already in 1959 a Texas A&M fighter, Curtis Raymond Lyons, had died after a bout.) Sports Illustrated’s report on Mohr’s death was headlined, accurately, “The End of College Boxing.”