Say you’ve lived in New York for a while. Ten years. Twenty years. Maybe your whole life. You’re coming out of the subway, in pretty much any borough. You’re a little turned around when you get to the street. You’re not sure which way is north, which is south. Without thinking about it, you gaze around for the one landmark (or rather, the two landmarks) that always helped orient you in the past those enormous, companionable markers that silently indicated, at a glance: This is south. This is Lower Manhattan. Get your bearings.

Then you remember: the Twin Towers are gone. So you cast about for some other clue, some other sign that will tell you where to turn, and as you head off in the right direction, the vanished towers hover at the edge of your thoughts a ghost image that, like Art Spiegelman and Françoise Mouly’s famous black-on-black New Yorker cover, seems to perpetually fade, but never really goes away.

The towers anchored Lower Manhattan for almost three decades. While they stood, no one would have characterized them as “beloved,” or even as terribly well-liked. They were too gargantuan, too lacking in character (it seemed) to elicit the sort of affection offered to structures like the Empire State Building or the Brooklyn Bridge. The Twin Towers were sleek, utilitarian monoliths.

Gradually, though, people did warm to the pair. There were times, for example, when the setting sun burnished the soaring glass sides of those two buildings, that they were genuinely beautiful. And seen from a distance, the Twin Towers added a certain balance to the island’s famous skyline, a counterpoint to the skyscrapers of midtown.

The towers are gone now. A new skyscraper, One World Trade, has risen in the spot where the Twin Towers once stood, and the skyline of the city has again been reshaped, transformed—as it always has been, and always will be.

And who knows? Maybe future generations of commuters and tourists will walk out of subway stations all over town, a little turned around, a little confused, and will automatically gaze about for the one landmark that has always helped orient them an enormous, companionable marker that silently indicates, at a glance: This is south. This is Lower Manhattan. Get your bearings. 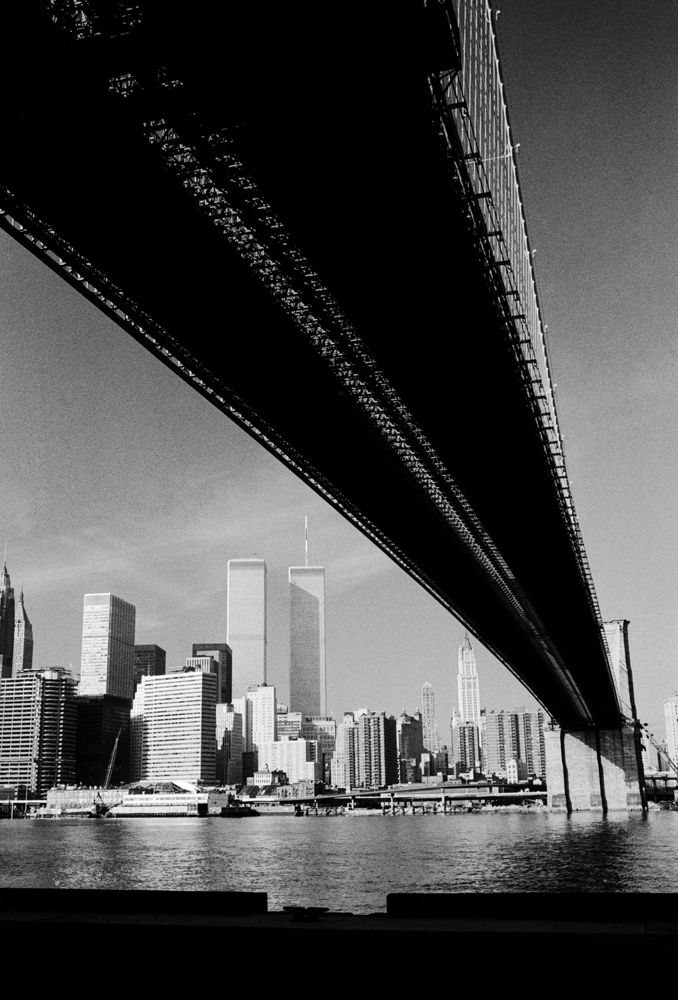