Richard Stolley, at desk, led a meeting of the People staff in 1974.

Richard Stolley, the founding editor of People magazine and the man who acquired the Zapruder film while he was an editor at LIFE, died on June 16, 2021, at the age of 92.

“Dick Stolley was an essential force at LIFE through some highly influential years,” said Kostya Kennedy, editorial director at LIFE. “His spirit and his sensibility remain part of the active brand and magazine today. Landing the Zapruder films was a seismic event for LIFE, for journalism and for the world. In recent years Dick continued to be a friend of the brand, offering fresh ideas and cogent advice. He loved LIFE, journalism and the business—and that showed. This is a great loss.”

Dan Wakeford, editor and chief at People, said, “Dick Stolley was a legendary editor whose vision and execution established the most successful magazine of all time that America fell in love with. He was an amazing journalist whose work and magazine craft we still refer to every day at PEOPLE as it’s still so relevant. He wrote in his first editor’s letter in 1974, “PEOPLE will focus entirely on the active personalities of our time—in all fields. On the headliners, the stars, the important doers, the comers, and on plenty of ordinary men and women caught up in extraordinary situations.”  And that is what we still do nearly 50 years later — we tell stories of ordinary people doing extraordinary things and extraordinary people doing ordinary things. I’m indebted to Dick for creating a magazine with heart that is a force for good and changed millions of lives.”

The story of Stolley’s acquisition—for $150,000—of the Zapruder film, which recorded the assassination of President John F. Kennedy frame by painful frame, demonstrated his great resourcefulness. On the day of assassination Stolley had flown immediately from Los Angeles to Dallas and was in his hotel room when he received a phone call from a local freelancer named Patsy Swank.

“The news she had was absolutely electrifying,” Stolley recalled to TIME producer Vaughn Wallace. “She said that a businessman had taken an eight-millimeter camera out to Dealey Plaza and photographed the assassination. I said, ‘What’s his name?’ She said, ‘[The reporter who told her the news] didn’t spell it out, but I’ll tell you how he pronounced it. It was Zapruder.’ I picked up the Dallas phone book and literally ran my finger down the Z’s, and it jumped out at me the name spelled exactly the way Patsy had pronounced it. Zapruder, comma, Abraham.”

Acquiring the Zapruder film was one of many roles Stolley played in his magazine career. A native of Pekin, Ill. he started his journalism career with Time in 1953 and would eventually become LIFE’s managing editor. After leading People, he would became Time Inc,’s editorial director and senior editorial adviser before leaving the company in 2014.

In 2012, for a story for LIFE.com, Stolley recalled the early days of this career with actress Ann-Margaret, one of the many stars he had covered, and the two reminisced about their first meeting, when he was LIFE’s L.A. bureau chief. “I’m sitting in my office and suddenly it got quiet,” Stolley recalled. “All the typewriters stopped. I thought, ‘What the hell is going on?’ So I got up and I walked to the door. And what was happening? Ann-Margret was walking through the newsroom.”

One of the photos here is a classic image of Stolley at work, after a fire had destroyed the Bel Air mansion of Zsa Zsa Gabor in 1961. He is on the scene of breaking news, impeccably dressed, comfortably hand-in-hand with a celebrity, and looking completely in control—all the qualities that would help him become one of the great magazine makers of his age. 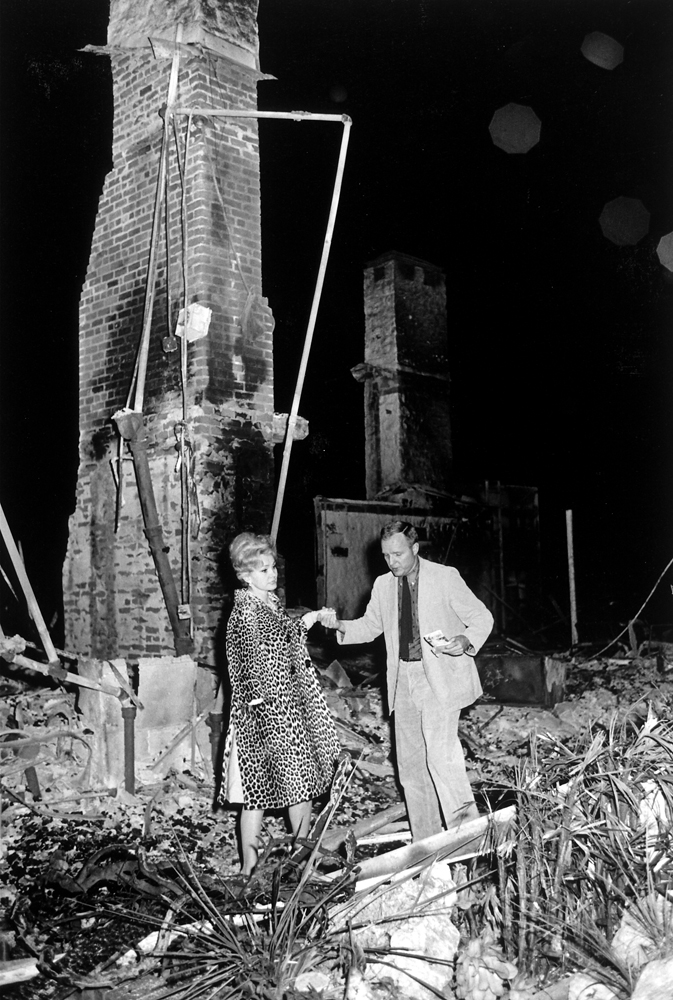 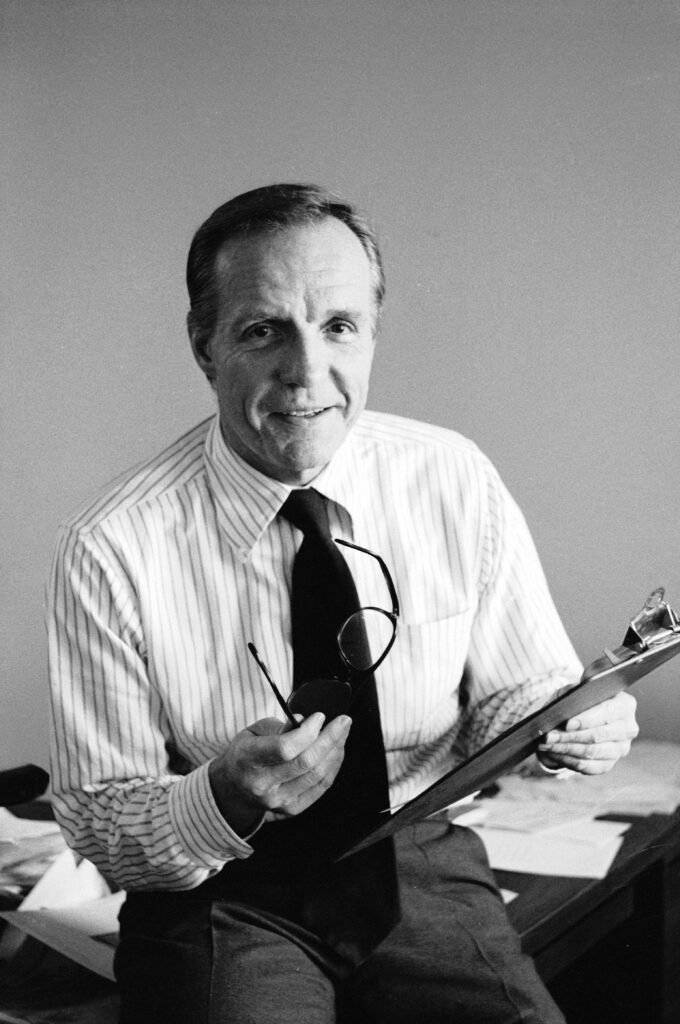 Richard Stolley in 1975, when he was editor of People.