Muhammad Ali, before his fight with Sonny Liston, Lewiston, Maine, May 25, 1965.

When Muhammad Ali floored Sonny Liston in their title-bout rematch in Lewiston, Maine, on May 25, 1965, a legend was born. Or, perhaps more accurately, a legendary boxing controversy was born. Ali (the former Cassius Clay, who had taken his now-famous Muslim name after defeating Liston in their first title bout in 1964) knocked out Liston with a first-round right hand to the head that, all these years later, is still known as the “phantom punch.”

In fact, an awful lot of people who were at the fight never saw, or later claimed they never saw, the punch that floored Liston. Others, including Sports Illustrated‘s Tex Maule, were adamant that the punch was hardly a phantom, but instead was a perfectly timed blow that legitimately rocked the former champ.

In the years after the fight, various theories have been floated in order to explain what some fight fans simply can’t or don’t want to accept namely, that Ali beat Liston, period.

But Liston was in debt to the Mafia and threw the fight to pay it off, some have said, among other theories. All fascinating enough. Yet sportswriters such as Maule, Lou Eisen and others are just as sure that the punch in question was  enough to rattle the older and out-of-shape Liston.

In his cover story in the June 7, 1965, issue of SI, Maule wrote that “the knockout punch itself was thrown with the amazing speed that differentiates Clay [as he was still called then by most in the media] from any other heavyweight. He leaned away from one of Liston’s ponderous, pawing left jabs, planted his left foot solidly and whipped his right hand over Liston’s left arm and into the side of Liston’s jaw. The blow had so much force it lifted Liston’s left foot, upon which most of his weight was resting, well off the canvas.”

“He knocked out big Sonny Liston,” the magazine asserted elsewhere in the same issue, “with a punch so marvelously fast that almost no one believed in it but it was hard and true.”

Maule also noted that “about 30 seconds before the end, [Ali] hit Liston with another strong right that may have started Sonny’s downfall.” A picture of that earlier punch was the cover photo for the June 7 issue of Sports Illustrated. George Silk took that photo. The rest of the pictures in this gallery, none of which ran in LIFE magazine, are by Silk’s colleague, John Dominis. In Silk’s picture, Dominis (wearing a dark blue shirt) can be seen resting his own camera on the canvas, just to the right of the ring post. 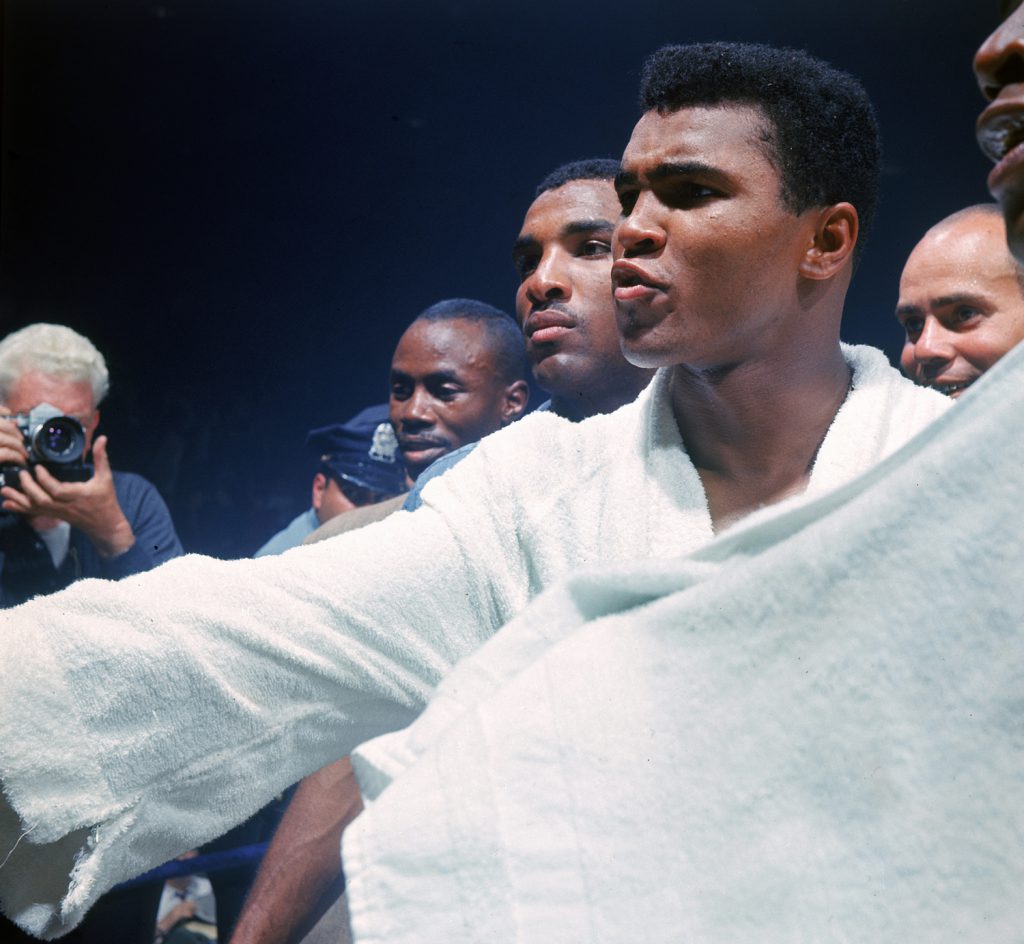 Muhammad Ali, before his fight with Sonny Liston, Lewiston, Maine, May 25, 1965. 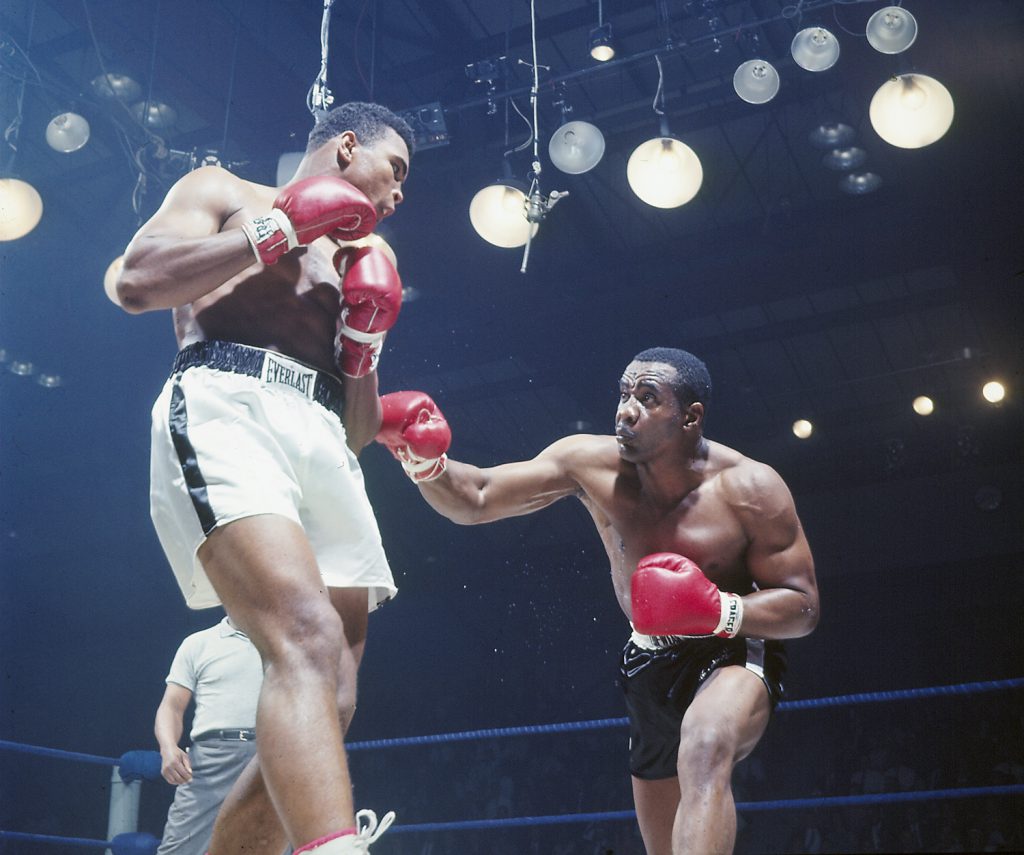 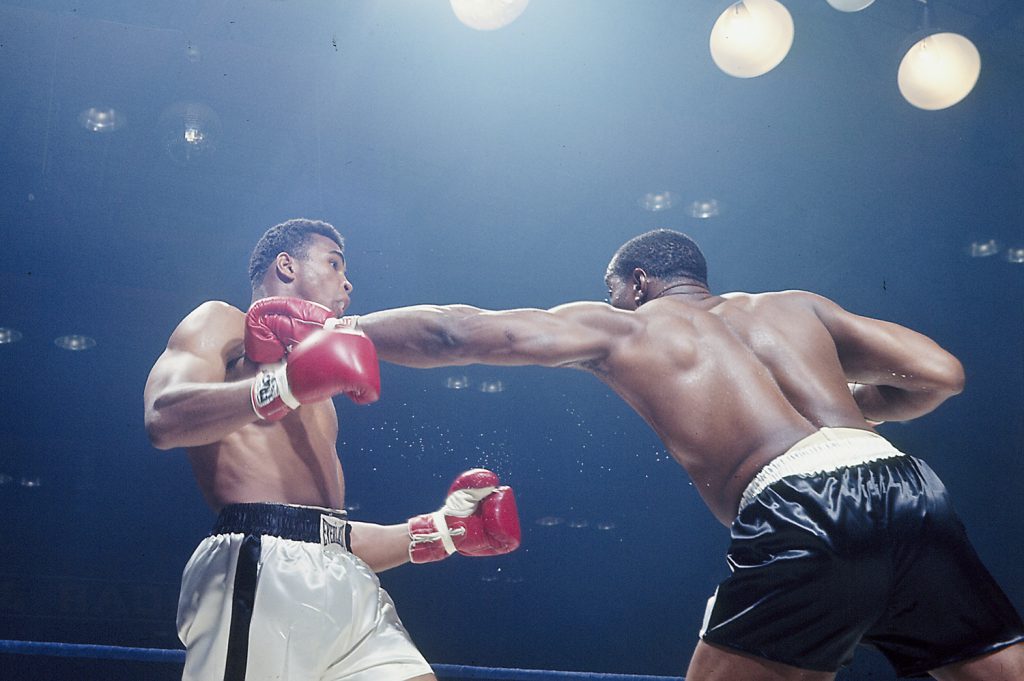 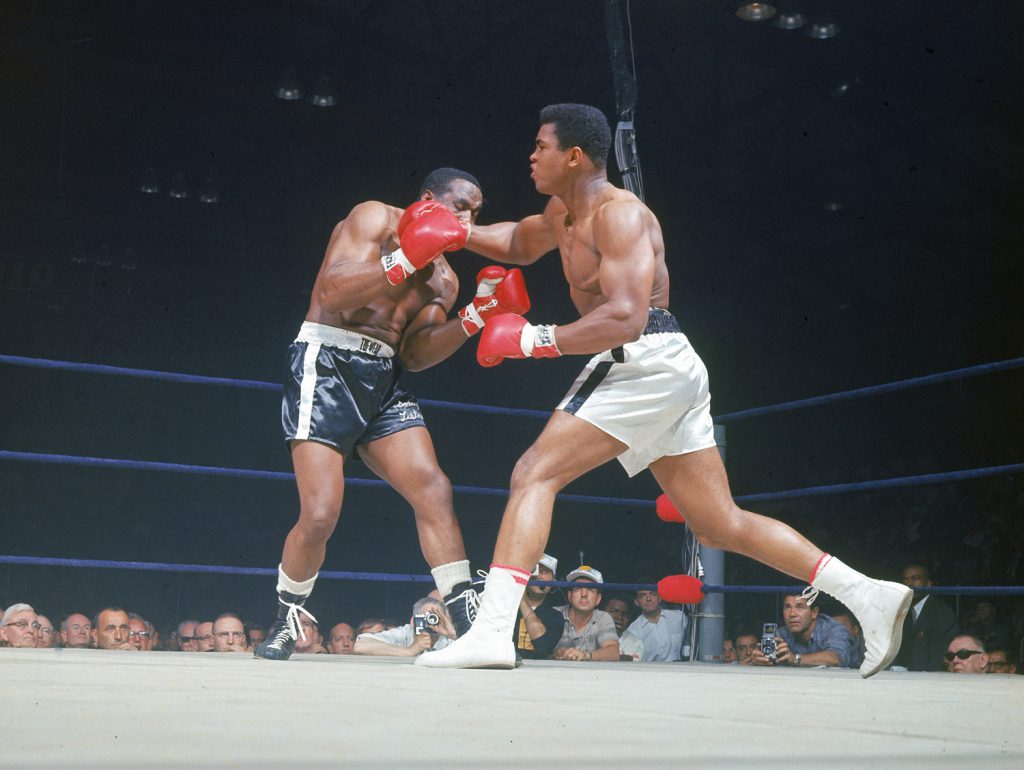 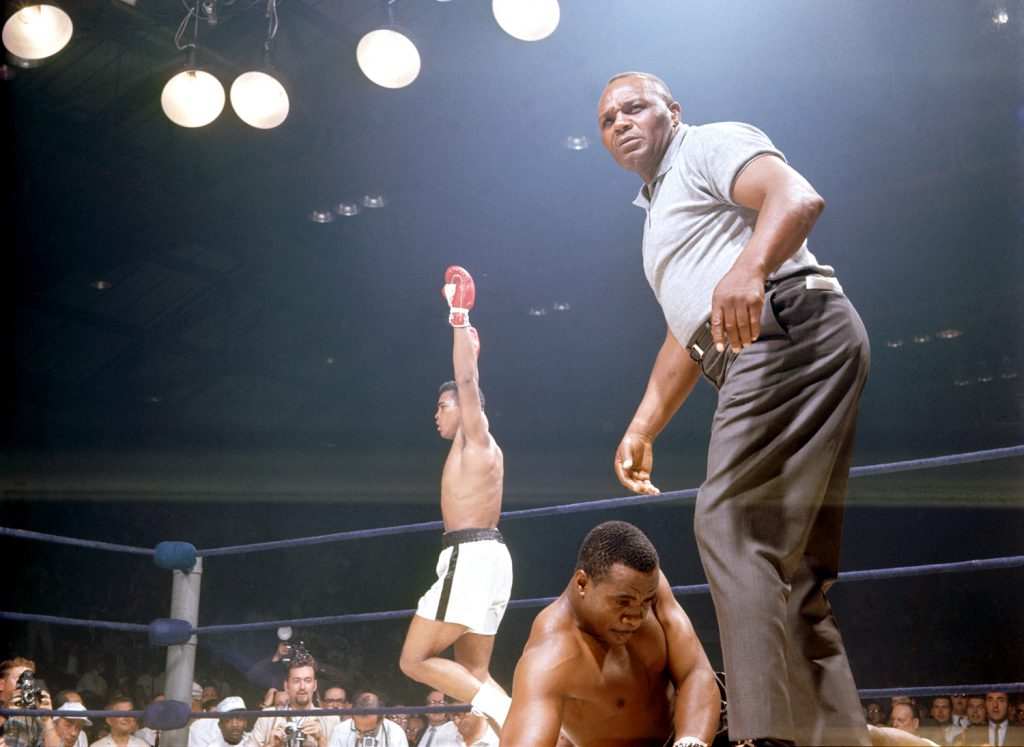 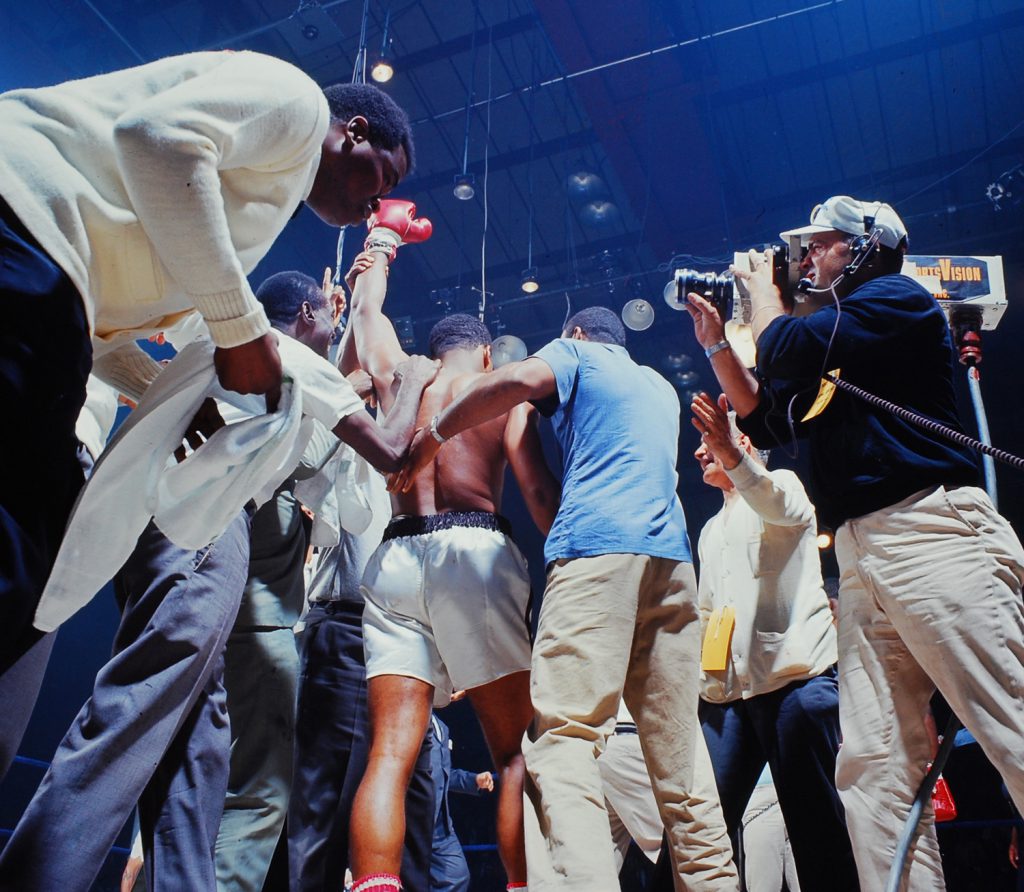