It was not the first jaw-dropping picture of Earth from outer space. That title legitimately belongs to “Earthrise,” a photograph of our lively blue planet floating above the dead, gray horizon of the moon taken by Apollo 8 astronaut Bill Anders in December 1968.

Nor is it the one photograph that most powerfully suggests the awe-inspiring — and sometimes terrifying — vastness of space. For many of us, the photo known as “Pillars of Creation,” made in 1995 by the Hubble Telescope, still holds that honor.

But no other photograph ever made of planet Earth has ever felt at-once so momentous and somehow so manageable, so companionable, as “Blue Marble” the famous picture taken December 7, 1972, by the crew of Apollo 17 as they sped toward the moon on NASA’s last manned lunar mission.

A large part of Blue Marble’s lasting appeal surely has something to do with the fact that the proportions and the features on display in the photo are so familiar. In a roughly square frame sits the almost perfectly round Earth, seen from a distance of about 28,000 miles. We not only see Africa: we recognize Africa. We recognize the Arabian Peninsula. We see Antarctica’s polar ice cap; in fact, we can almost discern its texture. And while it’s surely an illusion abetted by the gorgeous, swirling clouds against the deep blue of the Atlantic and Indian oceans, but it almost seems that we can make out tiny crests of waves far below, on the sea.

The caption, meanwhile, that NASA drafted for this image remains a model of near-clinical clarity:

This translunar coast photograph extends from the Mediterranean Sea area to the Antarctica south polar ice cap. This is the first time the Apollo trajectory made it possible to photograph the south polar ice cap. Note the heavy cloud cover in the Southern Hemisphere. Almost the entire coastline of Africa is clearly visible. The Arabian Peninsula can be seen at the northeastern edge of Africa. The large island off the coast of Africa is Madagascar. The Asian mainland is on the horizon toward the northeast.

No bravado. No chest-thumping. Just an admirable, matter-of-fact restraint that nevertheless belies not only the significance of the image, but its surpassing beauty.

Beyond its status as an enduring reminder of the final Apollo mission, however, the picture also has, in one regard, as unexpectedly elegiac feel. A few weeks after the photo was made, LIFE — the magazine that for decades had covered NASA and the Space Race more intimately and assiduously than any other publication — closed up shop.

Blue Marble is not, by any stretch of the imagination, a LIFE picture. But LIFE magazine’s final issue was published just three short weeks after the photo was made. The symbolism of these two groundbreaking and somehow peculiarly American endeavors — the Apollo program and the grand experiment that was LIFE — ending at the same time verges on the poetic, and carries with it a thrilling sense of exactitude. Of course they had to go out together.

One is reminded of Mark Twain’s characteristically loaded, amusing observation about his own fate being linked, somehow, to Halley’s Comet. “I came in with Halley’s Comet in 1835,” he told his biographer in 1909, referencing his own birth and the comet’s previous appearance. “It is coming again next year, and I expect to go out with it. It will be the greatest disappointment of my life if I don’t go out with it. The Almighty has said, no doubt: ‘Now here are these two unaccountable freaks; they came in together, they must go out together.'”

Twain died the next year, in 1910 — the same year that Halley’s Comet made its first appearance (and exit) in the heavens since the year of his birth. 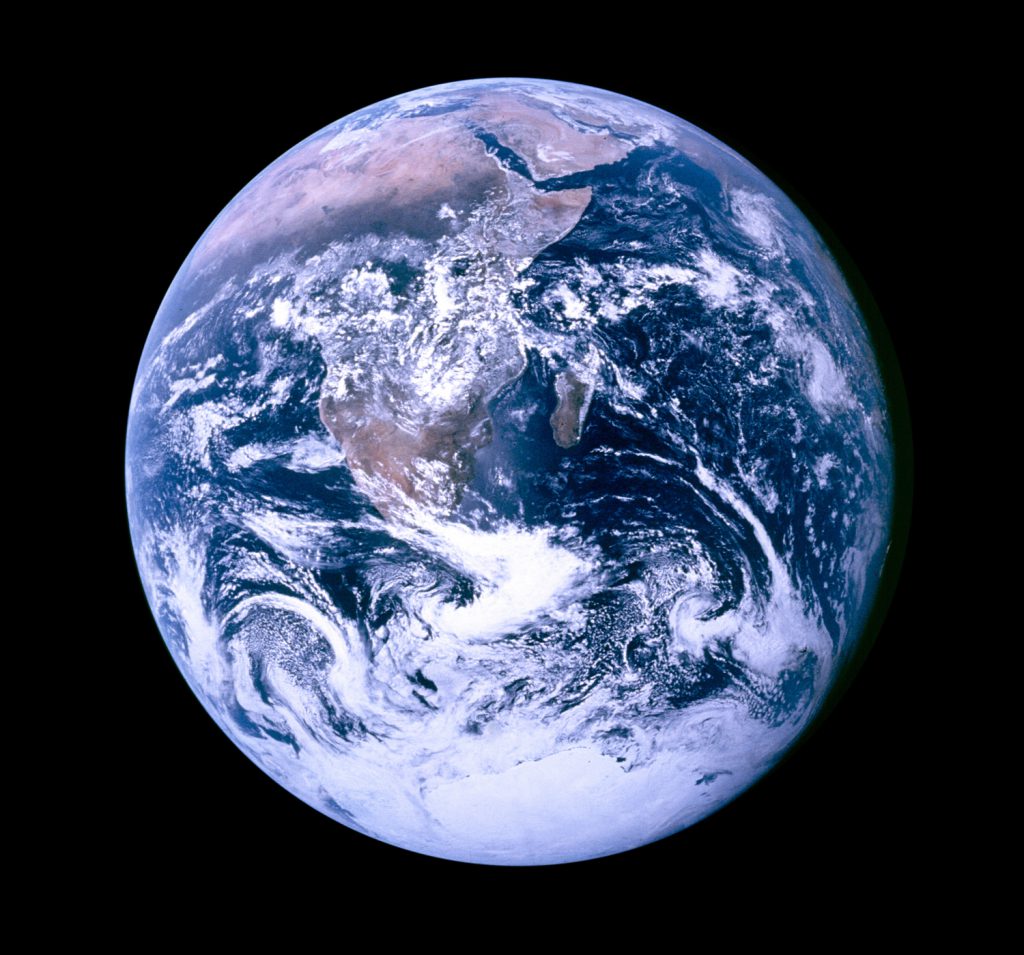