The Magic of the Off-Screen Trampoline: A Young Man Soars Above The Beach

With most pictures—and certainly with most pictures made by professional photographers—we can grasp what’s happening inside the frame the moment we lay eyes on it. If the photograph is in focus, and if the action or subject of the picture is remotely discernible, it takes the eye a mere instant to tell the brain what’s going on.

But some photos capture scenes so unfamiliar so outside the realm of what we usually see, or expect that it can take a while to wrap our minds around what’s depicted. Case in point: This Loomis Dean picture, made on the beach in Santa Monica in 1948. We know, when we first encounter it, that the photograph depicts a beach scene. We know that the central figure in the composition is a human being. But many of us, for a good while, are unable to understand, to really grasp, what’s happening.

The caption “A man flies off of a trampoline” explains how that fellow ended up there, soaring effortlessly (it would seem) through the air. But some of us will see this picture for the first time and, for a fleeting moment, before it all becomes clear, we might think we’re seeing . . . what? A misguided diver about to face-plant in the sand? Icarus falling from the sky?

What do you see? And why? 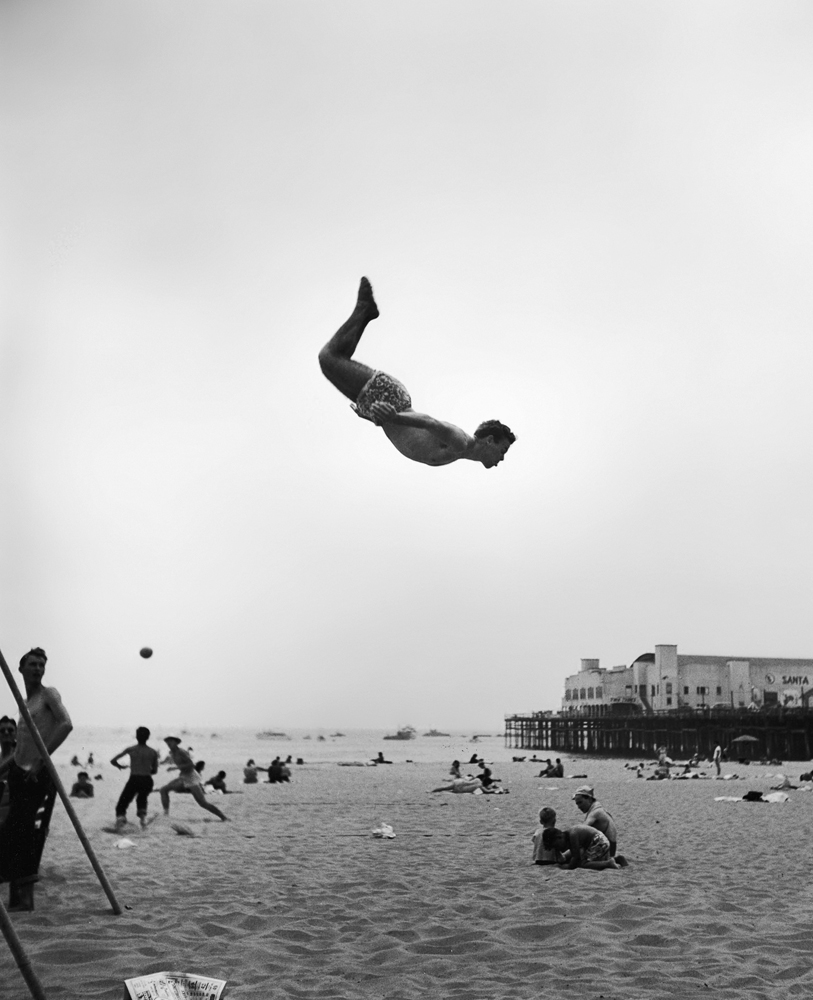 “Fluttery in the Stomach”: Capturing The First Weeks of College

All Together Now: The Highs and Lows of A One-Room Schoolhouse

New Jersey Turnpike: The Building of a “Superroad”